When we first laid eyes on the concept BMW R 5 Hommage in 2016, we were both excited and disappointed at the same time. Excited as to how great the bike looked, and disappointed assuming that it was another attractive prototype from BMW Motorrad that wouldn’t see the light of day. Now, we’re not sure if it was the extra press this particular bike received, or if it was just the straw that broke the camel’s back, but for whatever reason, we finally have a production version of a BMW Motorrad prototype, and it’s called the R18. 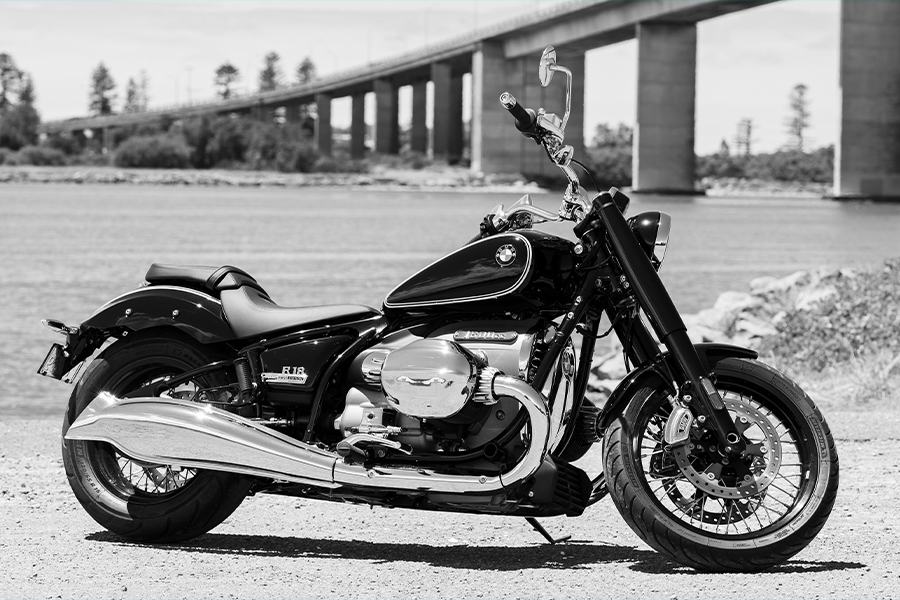 Based on the original R 5 (and the subsequent hommage), the R18 is BMW’s first foray in the American-dominated cruiser segment. Adopting a more puristic design philosophy, the new bike may seem “un-BMW” to newer customers, but for those that know the brand’s history, the R18 seems right at home.

On paper, at least, the bike looked phenomenal, but with deliveries starting to land around the world, BMW thought it was necessary to throw us the keys for two weeks, and put the R18 through its paces. 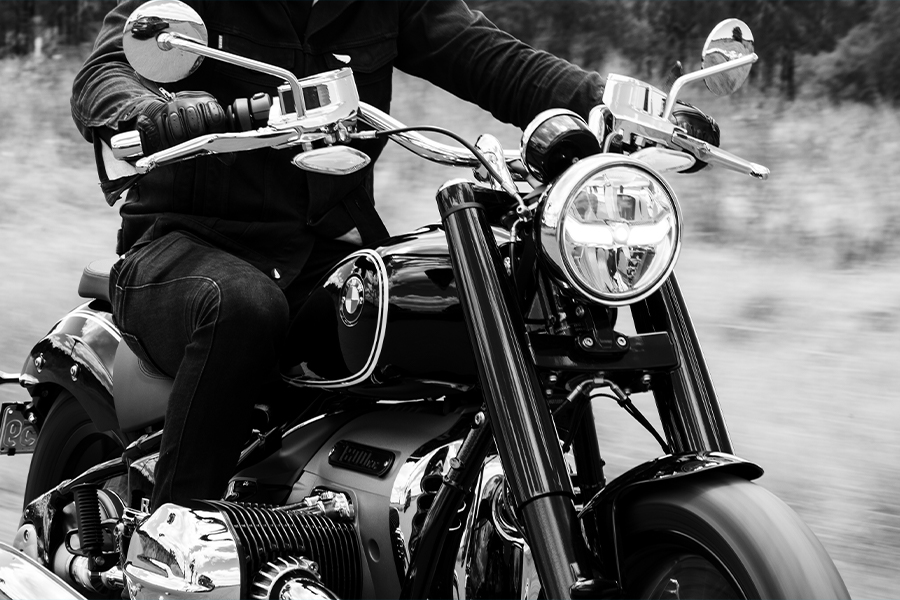 It rarely happens in the motorcycle business, but the R18 is more impressive in the flesh than it is in press photos. Tear-drop tank… double-loop frame… cantilevered rear end… it has to be one of the most stylish bikes of the last decade. The air-cooled, boxer twin is an absolute monster and dominates the visual landscape no matter where you (or your onlookers) are situated.

It didn’t matter whether we were riding, or had it parked on the street, the R18 was reliably the centre of attention. Surfaces are beautifully finished in various metals, with some pieces receiving a playful ” Berlin Built ” etching, which feels more like a subtle wink rather than a boast from the usually modest Germans. The only visual critique we could make was the oddly shaped exhaust system, which we would thoroughly recommend upgrading for various reasons that we will get to later. 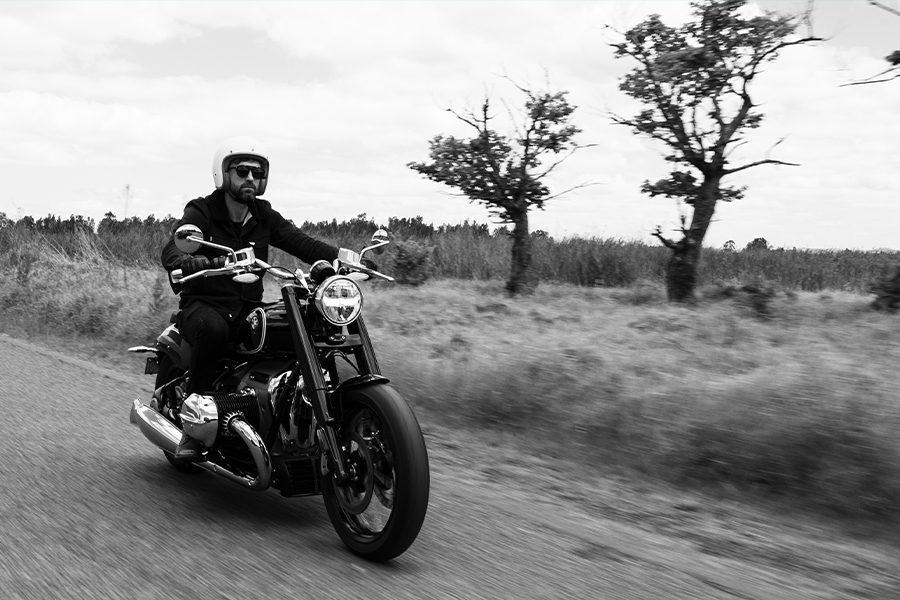 Now, we’ve ridden some heavy bikes over the years, but tipping the scales at 345kg, the R18 is the heaviest. During low-speed maneuvers, such as parking, you really notice the excess weight. We’d go as far as to say that if you are a smaller, lighter rider, the R18 might not be a practical option if you’re planning on riding within close quarters.

There is a nifty electric reverse gear which became surprisingly useful over the two weeks, especially when hills were involved, but there’s only so much disguising you can do, and the R18 was usually the elephant in the room.

Once up to speed, however, the German brute disguised it’s weight magnificently. Corner to corner, the R18 slalomed with a sense of (dare we say it) agility, and the further you pushed, the happier it seemed. The rear end looks like a traditional hardtail but inside features a cantilevered mono-shock, which provides a firmer than expected ride. 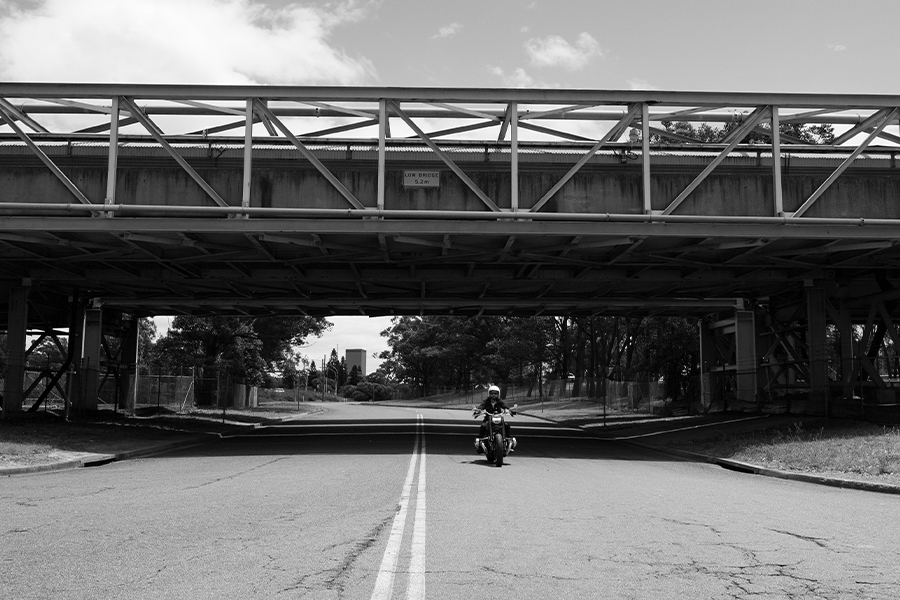 During highway cruising, the rear could be a little jarring at times but it unexpectedly performed it’s best when pushing through the bends. Not surprisingly, the front brakes had their work cut out for them pulling up such a long, heavy ride, but once you got in the habit of dialling in some rear braking, the R18 balanced predictably and precisely.

Overall, the riding position is quite comfortable, with the mid-mounted footpegs encouraging a 90-degree bend at the knees, and although the factory bars will satisfy most riders, taller humans may have to look at some of the other options. The R18 is surprisingly fun when you give it a nudge, it just takes some time getting acquainted.

But while the chassis took some time to familiarise, the engine was love at first twist. 1802 cubic centimetres of boxer brutality. BMW Motorrad first began producing these two-cylinder boxer engines in 1923, and not surprisingly, this is the largest and most powerful they’ve made. It doesn’t matter what gear you’re in, on what gradient, with over 150 Nm of torque between your legs, the R18 effortlessly chewed up the road.

It vibrates at idle, sits the bike up mid-corner, and always looks like it’s going to scrape a cylinder head at lean angle. It’s ludicrous and we love it. The only downside was the noise, or lack thereof, coming from those long pipes. We understand with Euro 5 emissions standards bikes will be on the quieter side, but it almost seems criminal to muzzle such a beast and we suspect most customers will add a performance exhaust and let it bark. 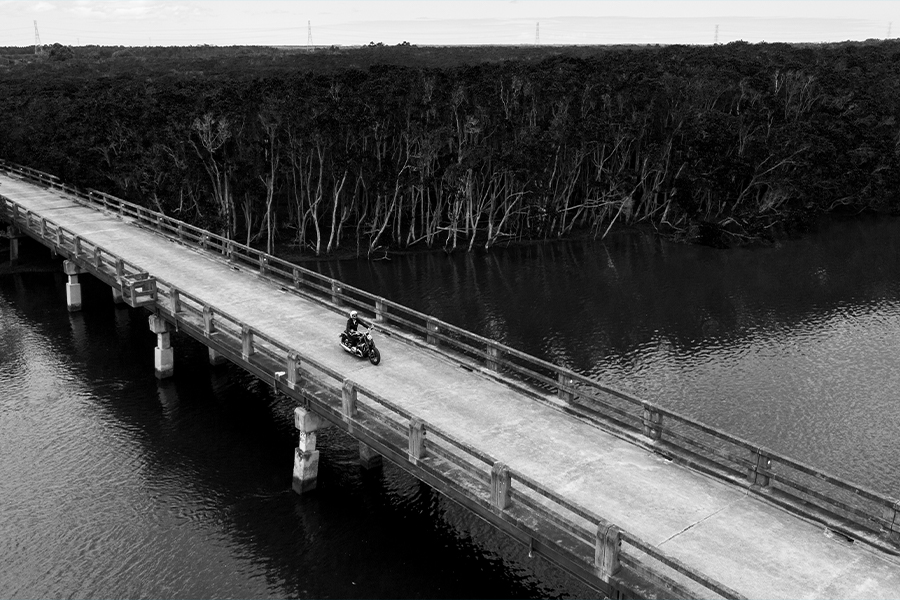 As a pure design exercise, the BMW R18 is magnificent. It’s unique, beautiful, and pays respect to the company’s lineage. It has one of the most ridiculous engines we’ve ever ridden, and subsequently, is also one of our most admired. But as a claimed cruiser, some omissions were quite noticeable:

Are these omissions enough not to purchase an R18? Of course not. But it did change our perception of what this bike is best suited for in its current guise. It’s not quite comfortable enough for long trips on the highway, yet it squats and hooks in when you turn up the wick.

It seems the BMW R18 is more a hot-rod naked, than it is a highway cruiser, and it rewards you when you ride it accordingly. As an out of the box package, it still needs some fine tuning, but as a platform for a custom motorcycle, the potential for the BMW R18 is mouth-watering. 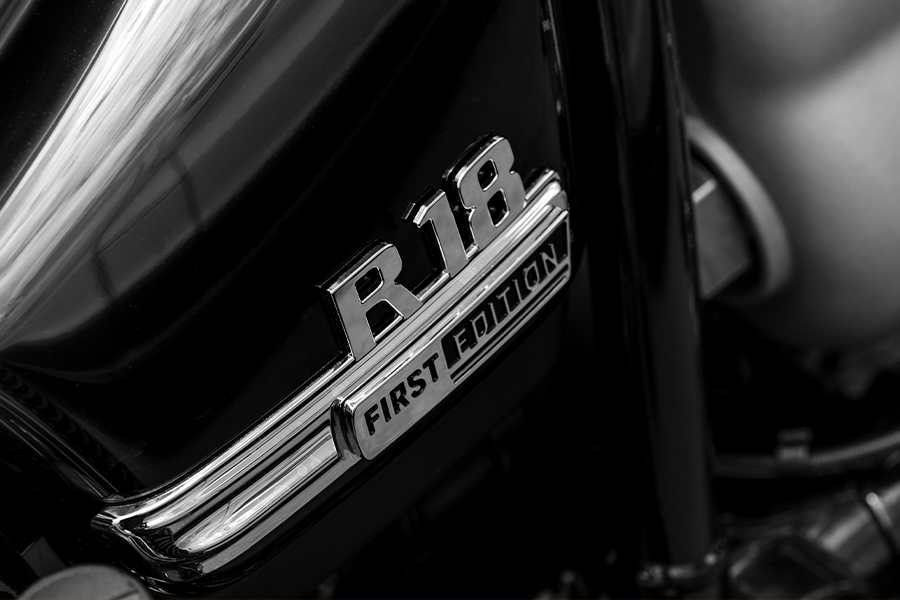 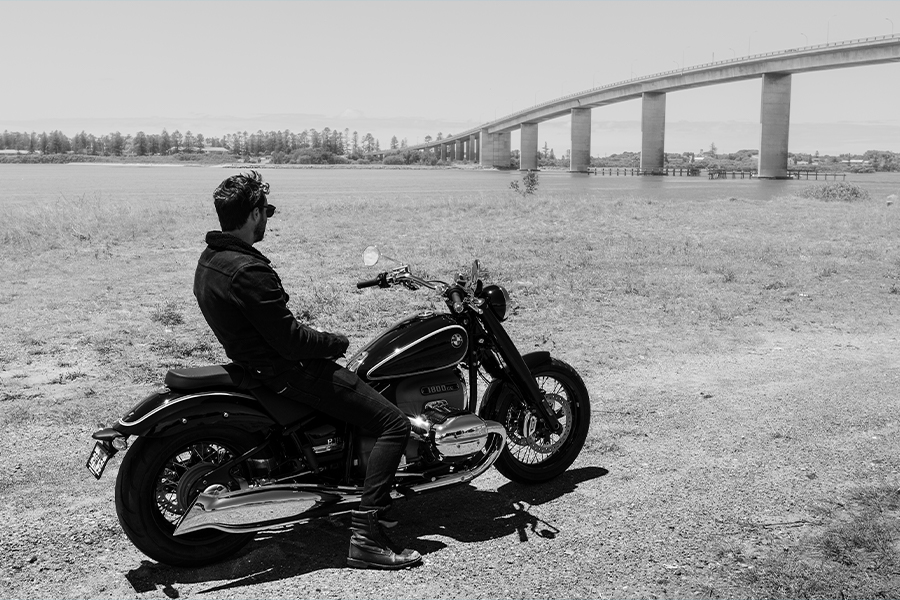 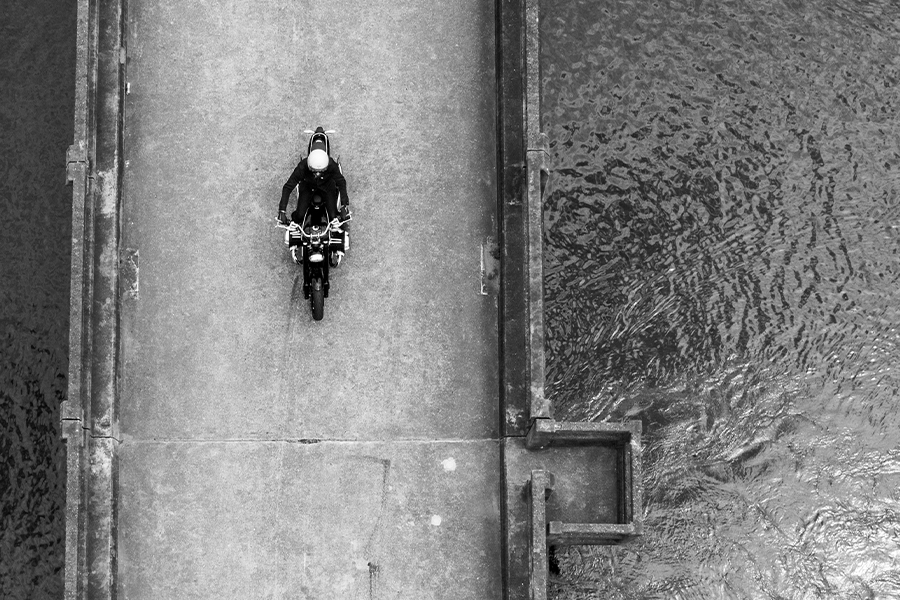 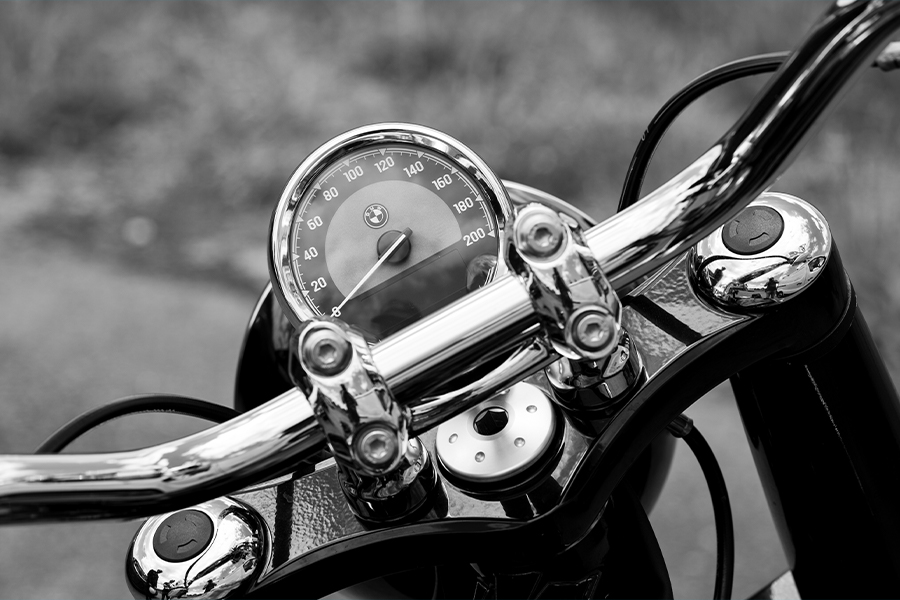