You don’t often see the KTM 950 being used for a custom motorcycle, in part because of its power, but that only clinched the deal for Sport Evolution. The German customisation shop took the Austrian bike and cut of its rear portion, as well as the tank, air filter box, and exhaust in the name of simplifying the bike. In those vacant places, Sport Evolution added a bolt on subframe with fairing from a BMW R nineT Urban G/S.

The wiring harness was also simplified, adding in Motogadget instruments to work in conjunction with the existing wiring. The seat, which was a complaint about the original KTM 950 Adventure’s design, was replaced with a tuck-and-roll saddle. A scalloped tank replaced the original.

Sport Evolution also shortened up the original 10-inch travel suspension. A 19-inch wheel was added to the front while the back received an 18-inch wheel, both outfitted with off-road Pirelli Scorpion Rally tires.

All the changes dropped the KTM’s weight by 33 pounds while making room for a custom intake system with K&N filters and new headers. Sport Evolution was able to amp up power from the original 98 horsepower to 107.

Sport Evolution lived up to its name by “evolving” a KTM 950 into a proper scrambler with the right looks and plenty of power. 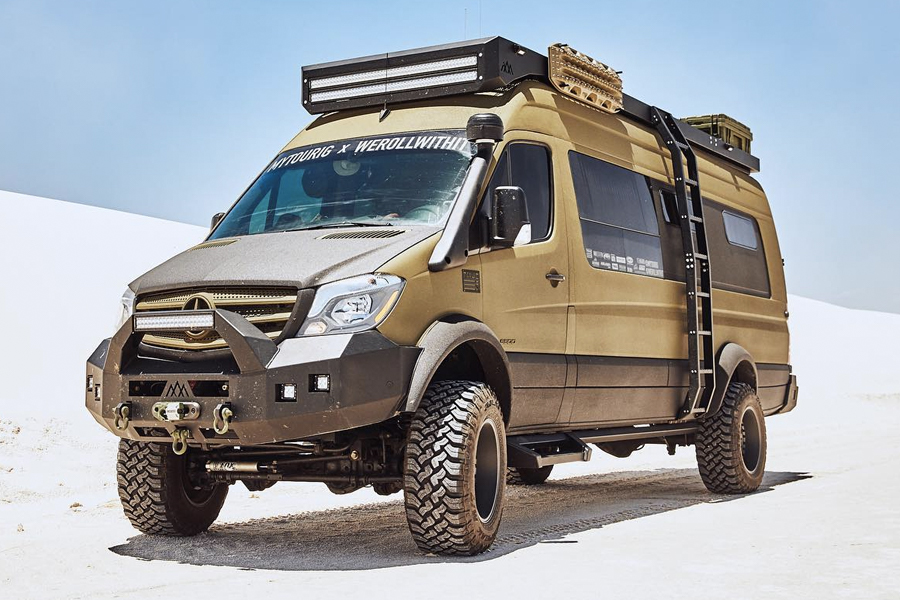 Cars
Backwoods Adventure Mods Has You Covered Front to Back