Big budget blockbusters are back, baby. With Dune kicking goals and Spider-Man: No Way Home smashing box-office records, you’d think this year’s award season would be the triumphant talk of tinsel town. And you’d be wrong. For all the glitz and glamour, hand-shaking and head tilting, the buzz surrounding the 2022 Academy Awards has remained subdued to say the least. It’s time to admit it, the Oscars sucks and you need only look at the 2022 edition to realise why.

On a night when Will Smith’s strange, possibly scripted slap dominated the headlines, true artistry and entertainment value were left to the wayside. The King Richard actor’s outburst, while seemingly out of character for him, continued the Academy Awards sharp race to the bottom. Where once, Hollywood’s night of nights represented the coming together of the film industry to celebrate high-achievers, the beleaguered event has steadily dropped in cultural relevance.

Just last year, ratings crashed to their lowest ever, barely eclipsing 10 million viewers, which in itself was a whopping 50% drop on 2020’s dismal performance. The results are a shell of the 40 million-plus viewership the event would regularly see in the late ’90s and nowhere near the all-time high of 55 million in 1998. Interestingly enough, ABC parent Walt Disney Co., which has operated the broadcast rights for the Oscars since 1976, will continue to do so until 2028 barring any (further) catastrophe. 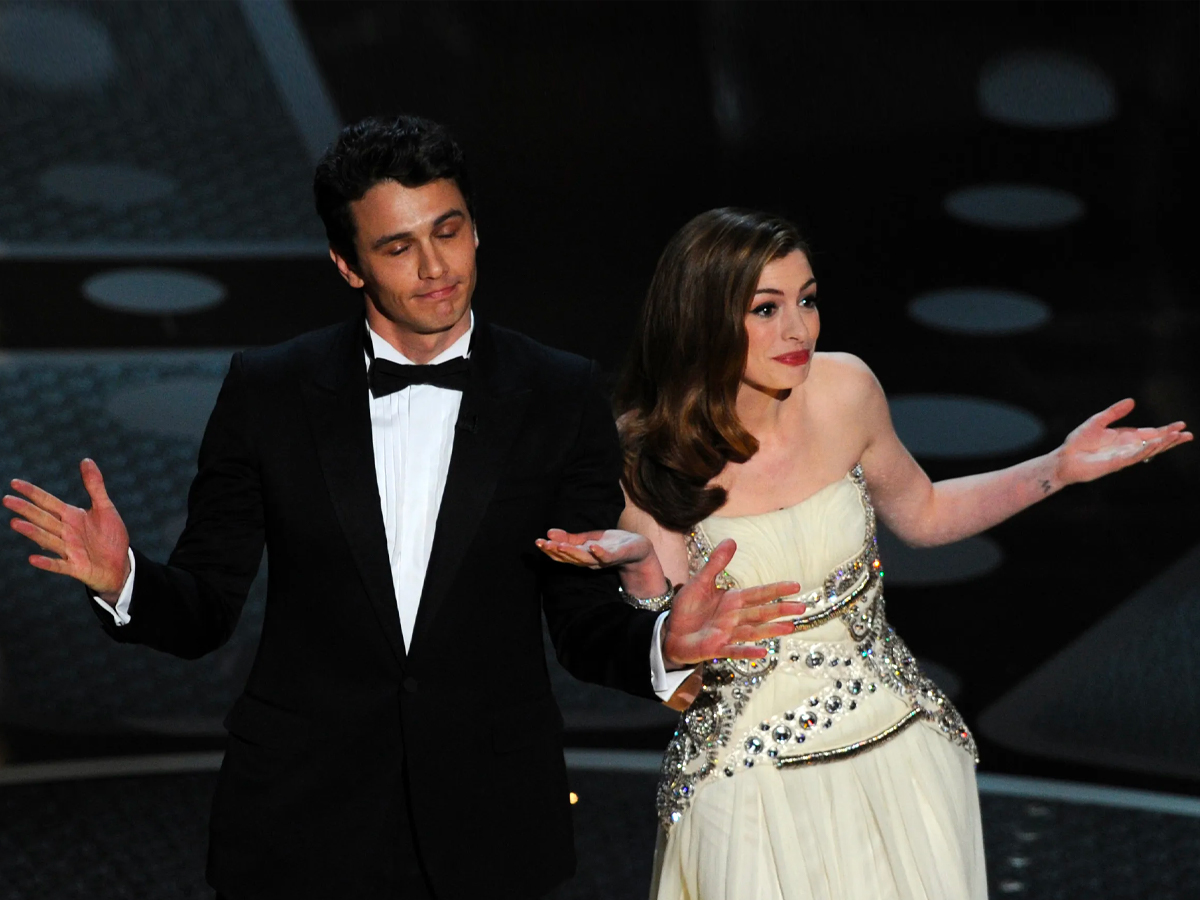 From the outside, the Academy Awards show seems like a bonafide winner. The world’s biggest stars, comedians and entertainers joining forces to shine a light on the productions that audiences worldwide adore sounds like a recipe for success, but dive a little deeper and you start to see where things are going awry. From chemistry-less hosting pairings like James Franco and Anne Hathaway in 2011 to the #OscarsSoWhite debacle in 2016, Hollywood’s brightest night is dimming every year. And it could be getting worse.

The influence of streaming services has revolutionised the way viewers connect with film and television. According to Forbes, a spokesperson for Netflix, which leads this year’s nominations, revealed the giant has no plans to carry awards shows, noting that “subscribers don’t associate live events, including sports and news, with the platform”. The stance reaffirms Netflix’s approach to consumer-driven programming, focusing on film and television that draws eyeballs for all the right reasons while avoiding the entertainment circle-jerk entirely. Some critics, such as VOX’s Alissa Wilkinson, have even gone so far as to argue that the entire prospect of the show is flawed. In 2020, the author described the concept of handing out prizes for the best art as “perverse”, and while that might be a step too far, it does raise an interesting predicament – How can you fix the Oscars?

While Will Smith’s bizarre outburst will no doubt be talked about deeply in the coming weeks, you can’t rely on physical violence to get viewership over the line every year. Instead, making some simple improvements to the runsheet could be the easiest move. When Brad Pitt won his Best Supporting Actor Oscar for Once Upon a Time in… Hollywood, he made mention of the need to introduce a category for Best Stunt Actor, recognising the dangerous work that goes into the blockbusters we all know and love. Further to that, moving away from the tired trope of arthouse films and powerful dramas gaining Best Picture nominations would greatly improve viewership. Sure, Spider-Man: No Way Home doesn’t have to win, but acknowledging its cultural significance is one way to get the crowd involved. 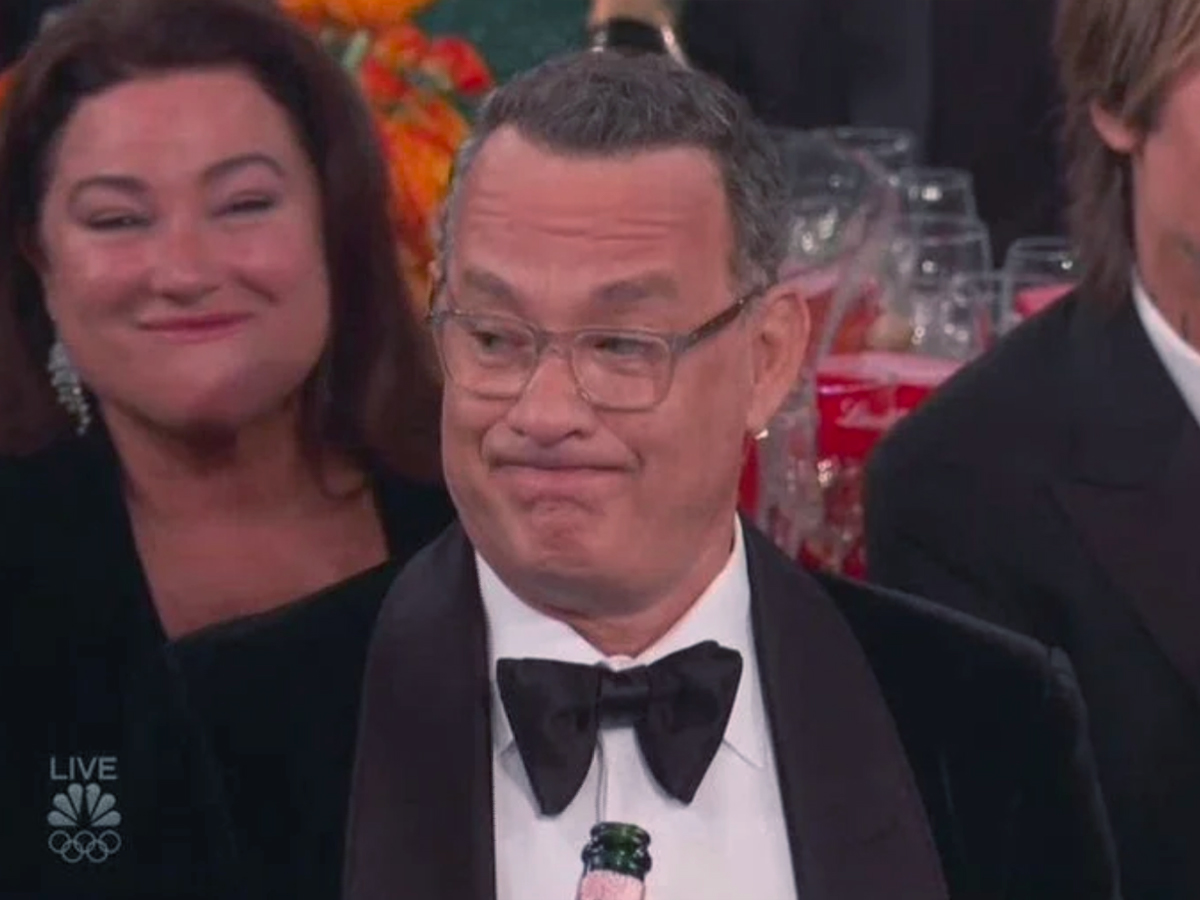 Perhaps the most pertinent change, however, comes from within. From a surface level, the Oscars brings the industry’s best and brightest together in one place, and yet for the thousands of years of experience in the room, we learn nothing new. Streaming services, YouTube, podcasts and digital media have granted more behind the scenes access than we ever thought attainable, leaving the Academy Awards in its wake. Filmmakers could provide additional footage, unseen clips or exclusive looks into the filming process to be aired throughout the event, which would greatly enhance the virality of the ceremony. Think of it like Superbowl Ads, the show within the show, that people tune in for but stay to enjoy the main event.

Sure, it’s a simplified look at the problem and we understand there is a lot more that goes into planning a gala event like the Oscars, but far and away, the Academy Awards is appearing like the dinosaur in the room. An ageing giant locked in its indulgent ways and without thought for the audience it seemingly serves to entertain, the Oscars needed a good slap in the face. We just didn’t expect it to come from the Fresh Prince.