Early 20th-century American scaffolders, construction workers, and farmers aren’t typically pegged as sartorial muses, however elements of their utilitarian style have stood the test of time; white t-shirts, jeans, trucker jackets, and flannel are ubiquitous items in the modern man’s wardrobe. The men’s chore coat is one of those items, with the work jacket embodying the primary attractors of workwear; it’s comfortable, functional, durable, and decidedly unstuffy by nature. 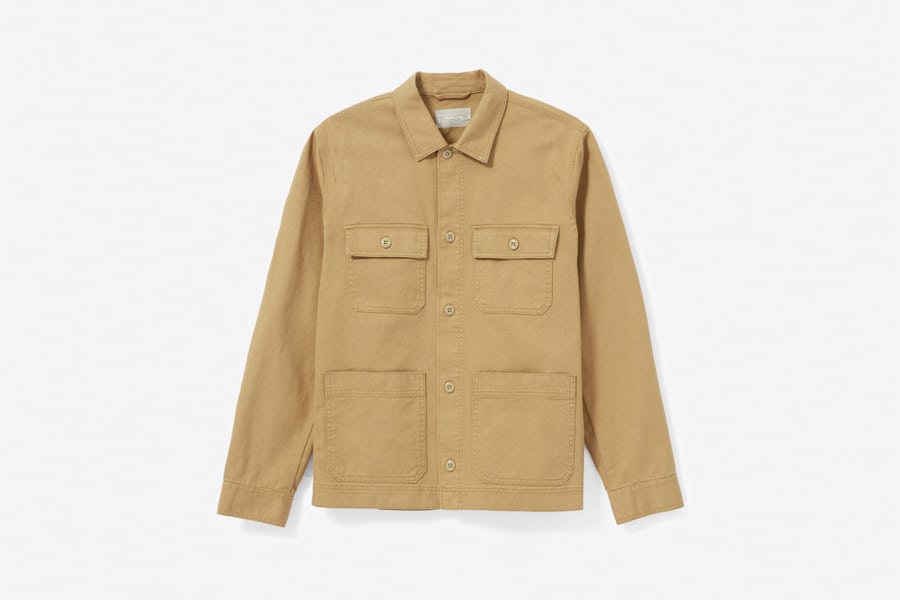 What is a Chore Coat?

One of the first coats specifically designed for work, the men’s chore jacket was generally crafted from heavy twill, denim, or canvas fabric, with the chore coat’s primary role being to keep workers warm and serve as protection when performing outdoor work. The quintessential twill, denim or canvas design featured two oversized breast pockets, two hip pockets, exposed button closure, and an extended collar which could be flipped up to protect the workers from sunburn during the warmer months.

The chore coat took a boxy shape and was worn loose fitting, perfect for layering in cooler weather.

One of the most well-known proponents of the French chore jacket was the late noted street style photographer Bill Cunningham, who picked up the indigo piece at a French hardware store for $20 (an absolute bargain today) was rarely seen without it in the decades that followed. Cunningham incorporated the French chore jacket into his daily uniform, favouring the garment for its large pockets which were handy for storing film whilst he made his way around town on a bicycle. 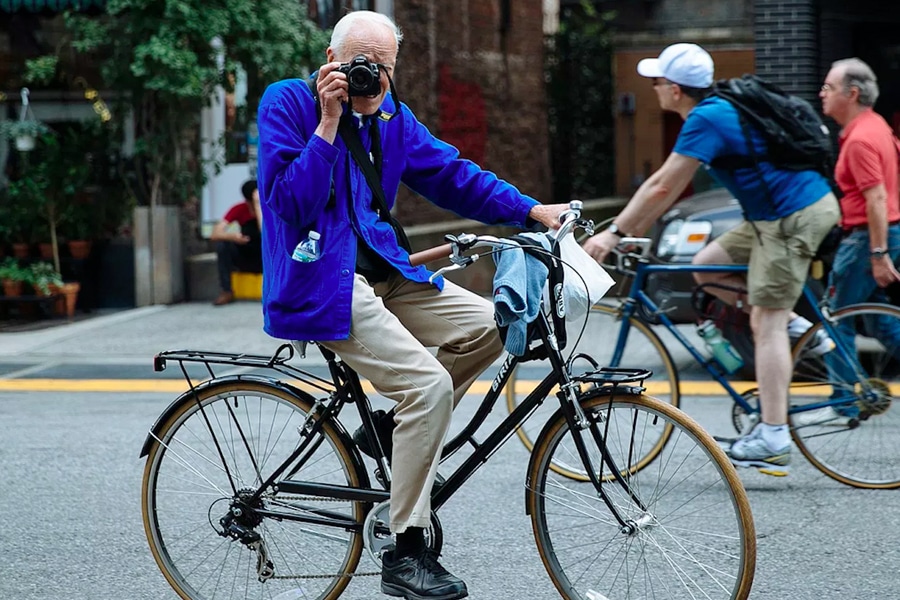 Thanks to its comfort factor, functionality, versatility, and trans-seasonal appeal, the best work jacket of the 20th century has become ingrained as a staple in the modern stylish man’s wardrobe, albeit with a few changes to the original. Over time, the chore coat has been modified to suit the 21st century; four pockets became two or three, collars became smaller, and silhouettes slimmer.

How to Wear a Chore Coat

The simple silhouette of the chore coat makes it a versatile addition to any wardrobe. The utilitarian staple finds the perfect balance between comfort and style. Whilst the garment’s origin as a worker’s jacket prevent prevents it from being suitable for business dressing or formal categories, modern iterations of the garment are able to take you from relaxed to smart casual occasions. 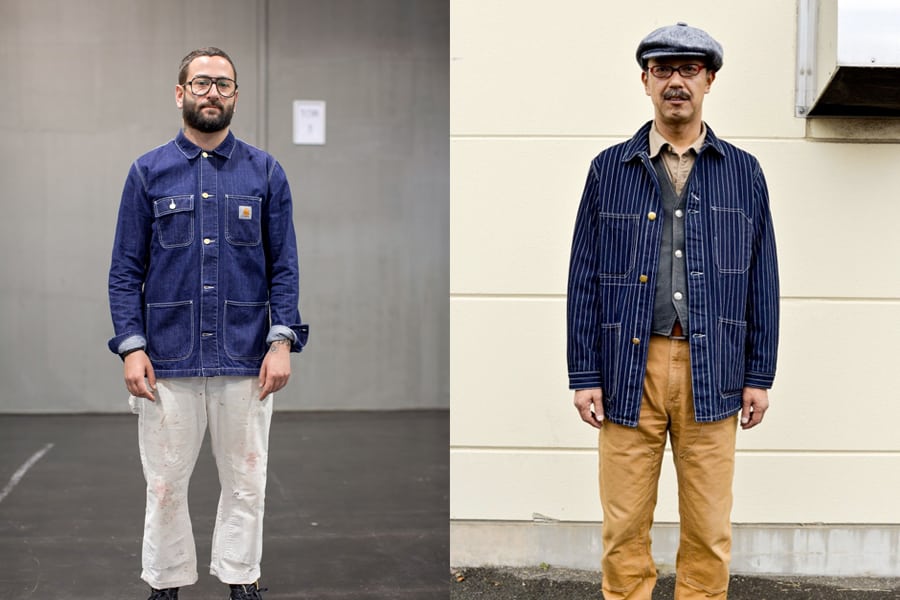 A functional, unstructured take on the classic denim jacket, the denim chore coat can be paired with olive green, tan, camel, or beige chinos, a striped t-shirt, and white leather sneakers for a casual look. 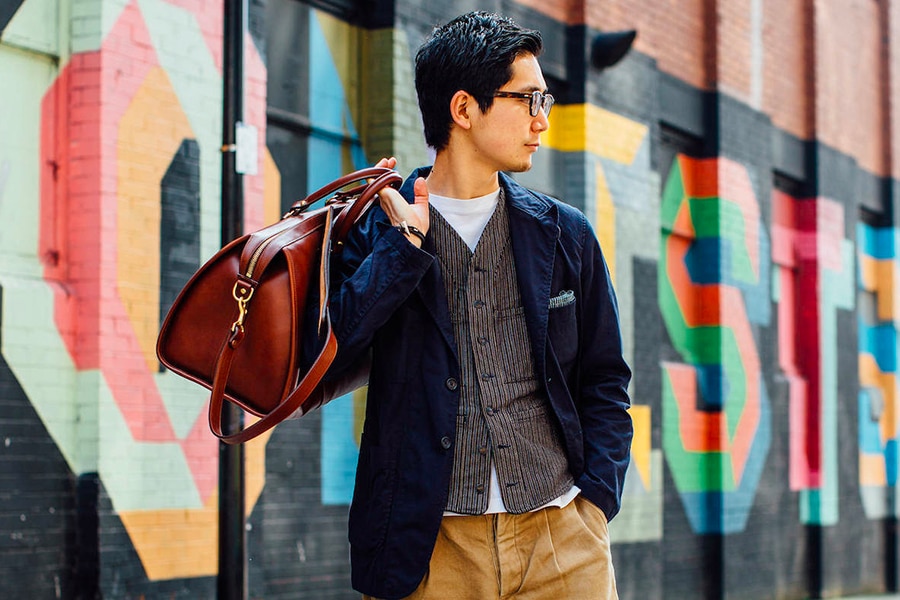 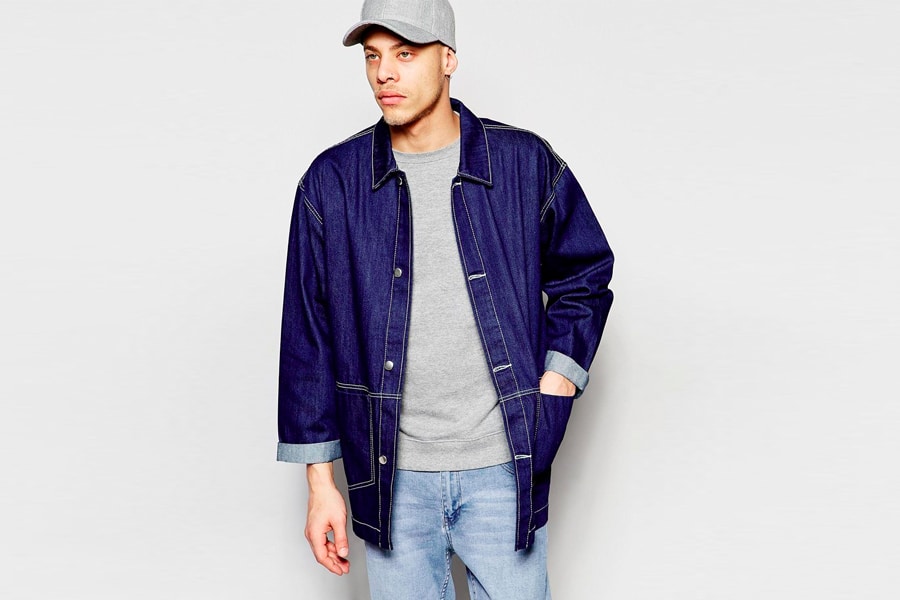 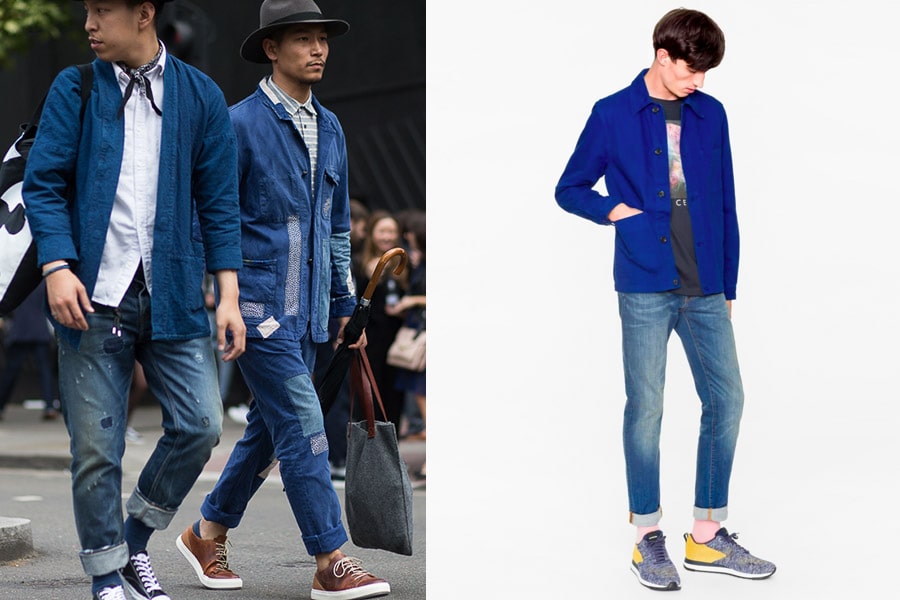 Ditch the blazer for a chore coat

For a smart casual look, switch out your blazer for a twill or canvas chore coat. Pair the workwear staple with some grey or charcoal flannel trousers, a crew neck jumper (pale blue, rust orange, or maroon are usually solid go-to colours), and loafers, brogues, or leather sneakers. 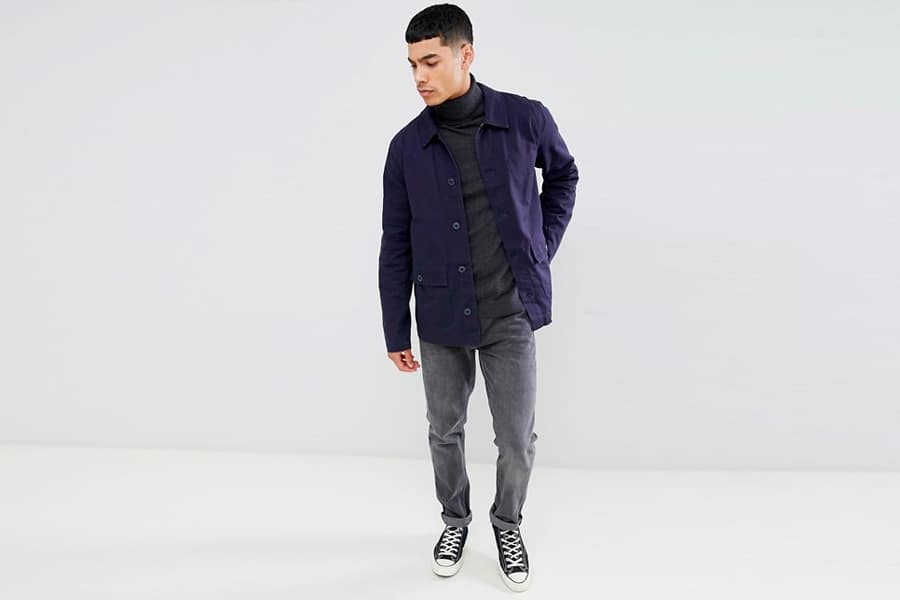 Here are our Man of Many approved picks, and how to style them. 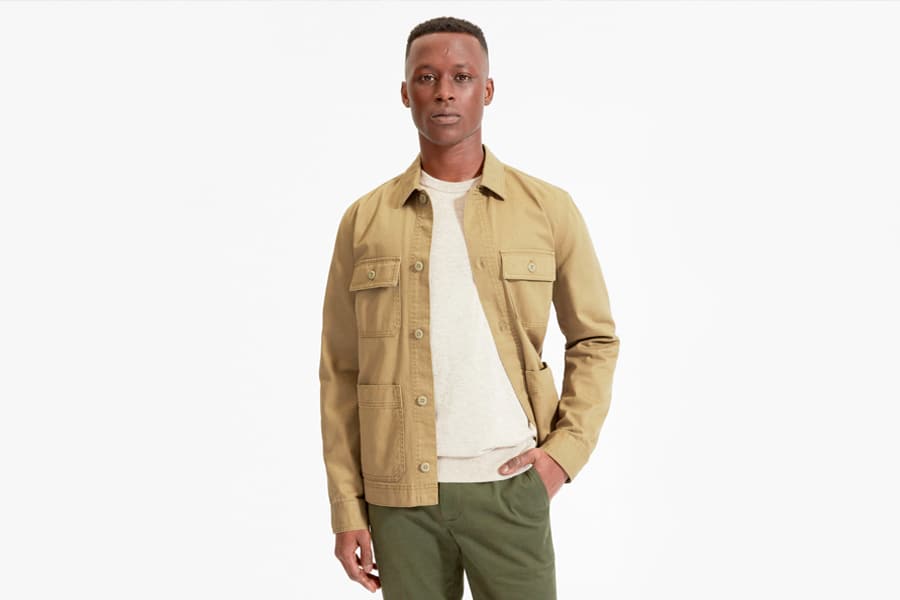 Composed of a sturdy cotton twill fabric, Everlane’s chore coat is slim fitting, yet stays true to traditional chore coat construction with the classic four pocket style. Pair with sage/olive green chinos and a button down for an elevated look, or dark straight-leg jeans and a crew neck white t-shirt for casual wear. 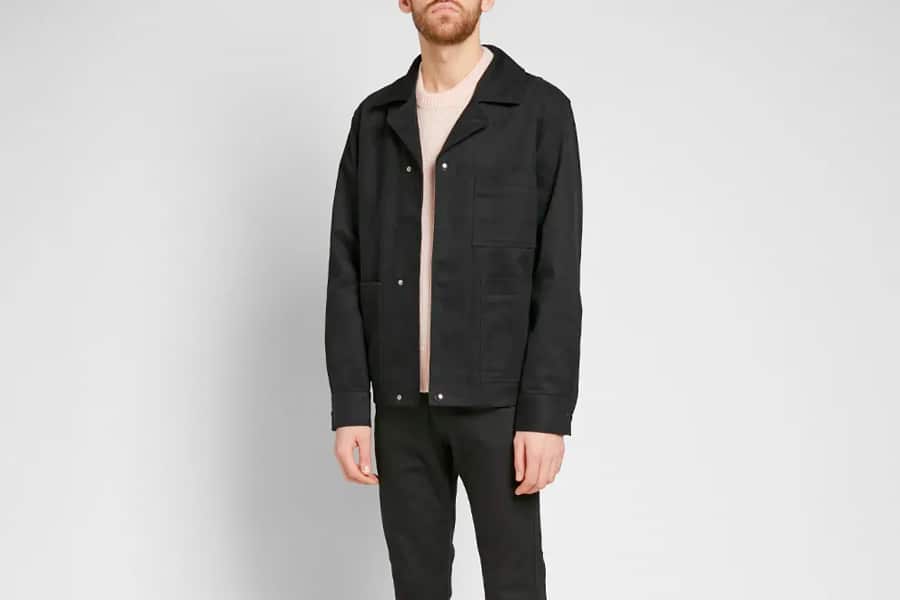 A modern take on the minimalist design, ACNE Studios’ cotton twill chore coat is boxy yet slim fitting with three pockets. The black hue and partially concealed closure lend a hint of class to the workwear staple. Pair with black jeans and a white crew neck top for a casual look, or black chinos and an oxford shirt for something a bit dressier. 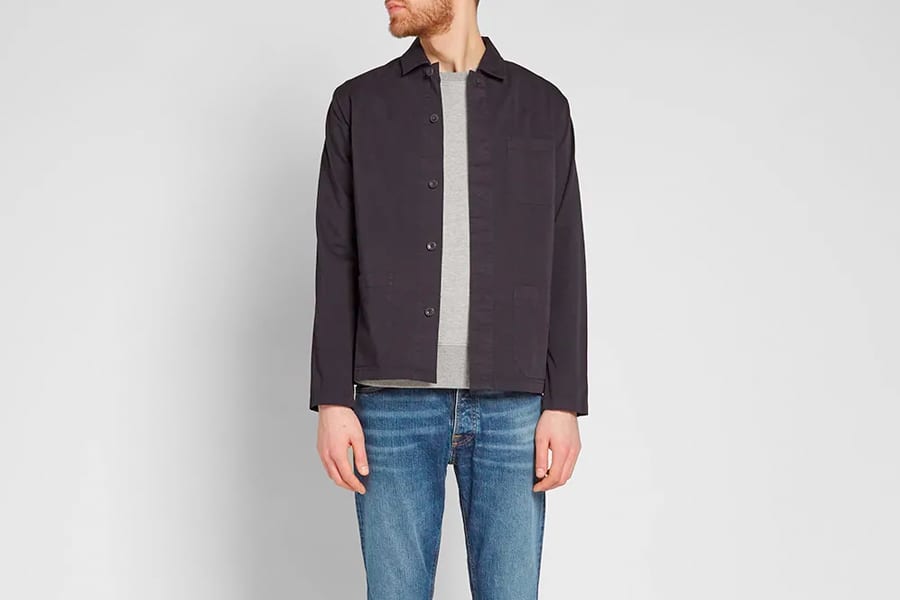 A shirt style iteration of the chore coat, NN07’s Oscar jacket is a seamless blend of style and functionality; featuring concealed buttons and three pockets. The navy-blue piece is a tad shorter than the traditional chore coat, sitting on the hips. Wear with camel chinos, a light rinse denim shirt, and brown brogues, or opt for grey flannel trousers, a white crew neck, and black horsebit loafers. 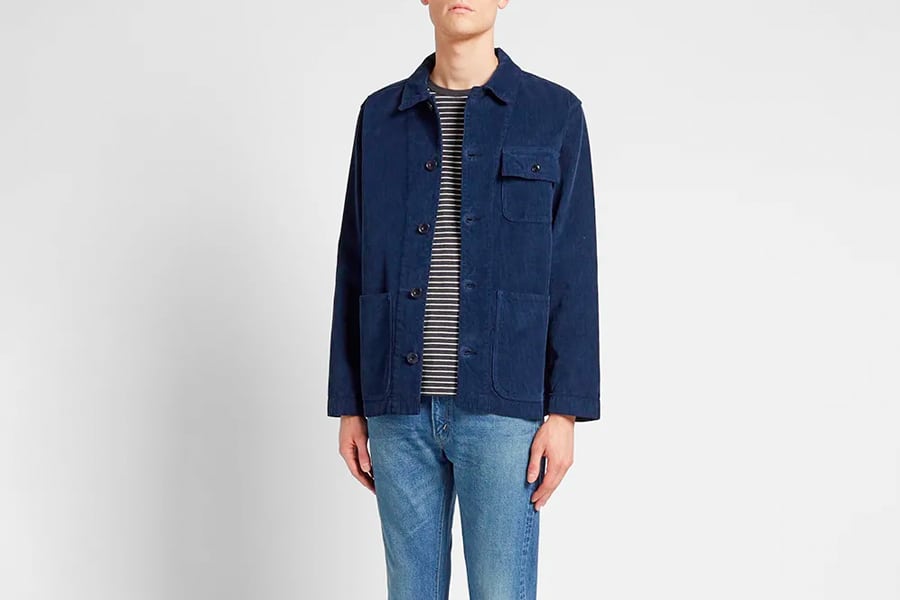 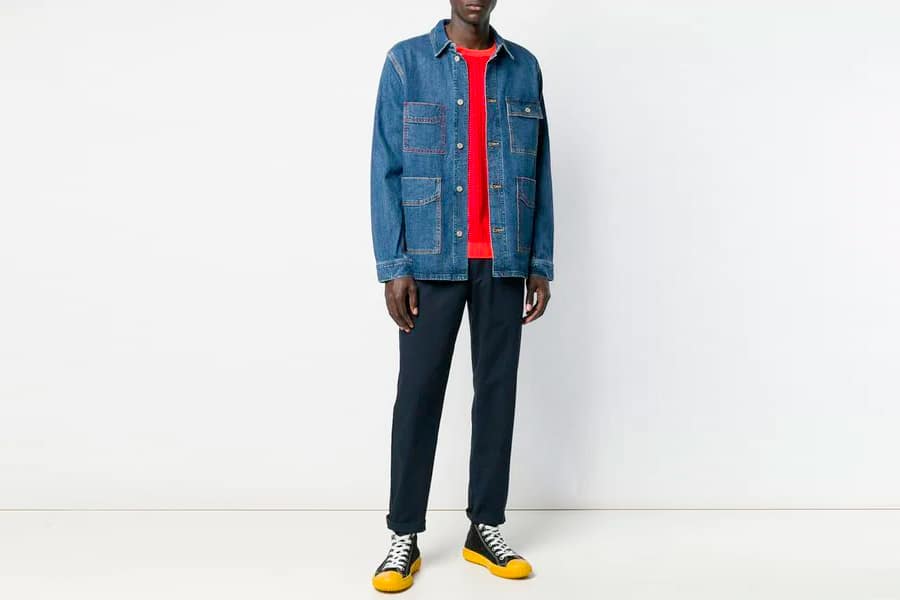 PS by Paul Smith’s take on the chore coat incorporates the classic four pockets, boxy fit, and straight hemline, switching it up for the modern worker with a blue denim composition and button cuffs. Go double denim with a light wash denim shirt and khaki chinos, or for a more classic casual look; pair with olive green chinos, a striped crew neck t-shirt, and leather sneakers. 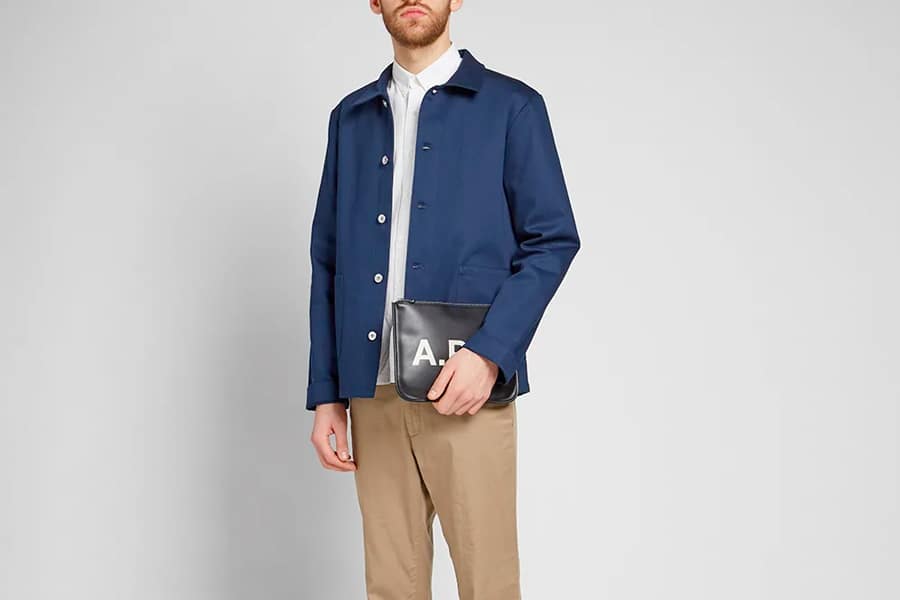 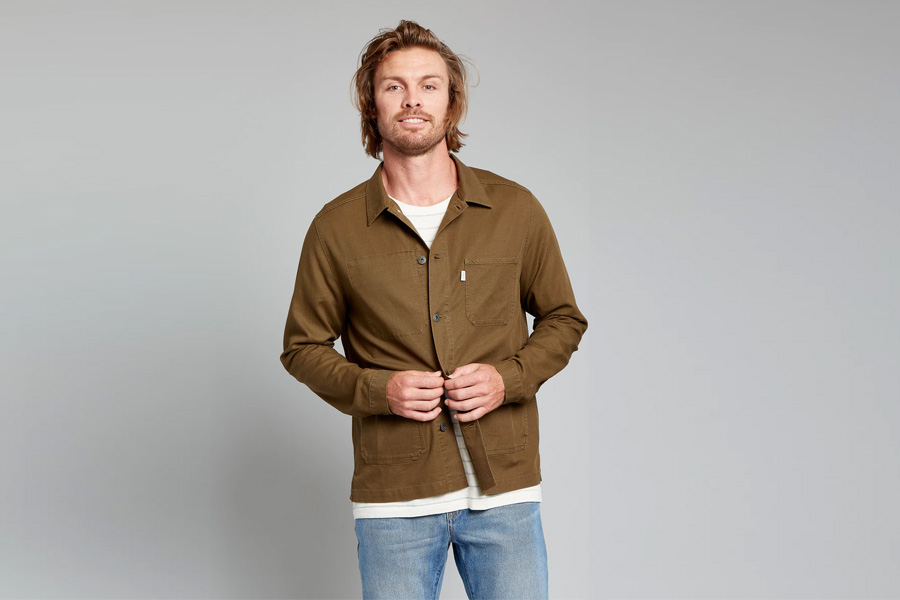 Wellen’s Stretch Chore Coat is an everyday essential. With an understated collar, this chore coat’s slimmer profile makes it suitible for everyday wear over a t-shirt and jeans. It’s far from a statement piece and instead a subtle nod to the classic chore coat design. 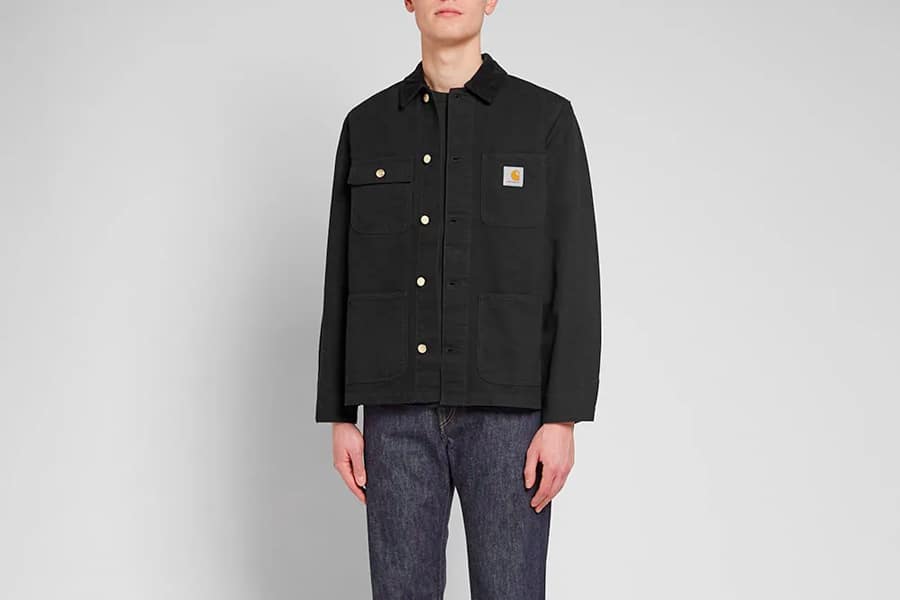 Composed of durable cotton, Carhartt’s Michigan chore coat is made to withstand all conditions. Featuring exposed button closure, a corduroy collar, and four pockets, the Michigan jacket stays true to its heritage, right down to the boxy silhouette. Pair with black chinos, a white oxford shirt, and black horsebit loafers for a casually elegant look. 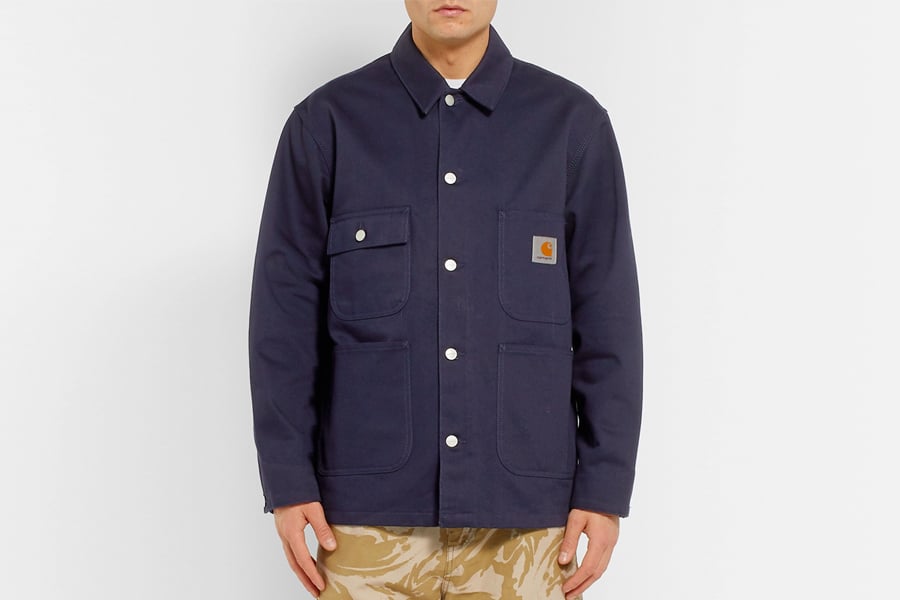 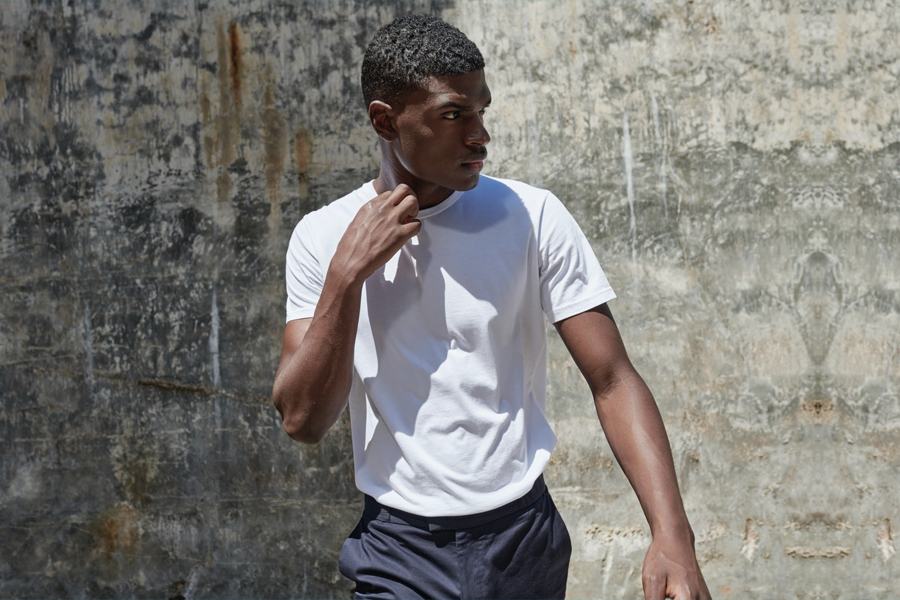 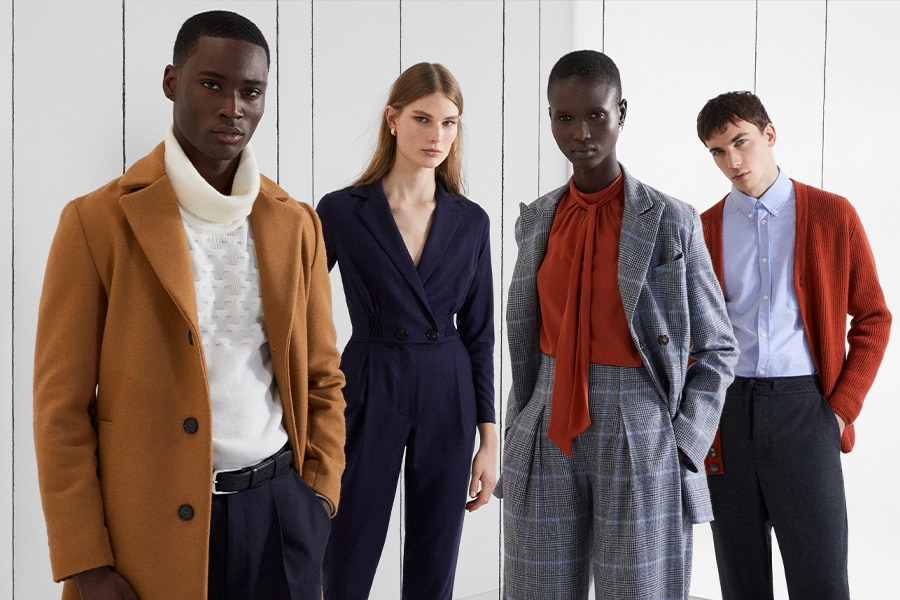