Welcome to Sneaker News #59. Drake is gearing up to release a new colourway of his hugely popular NOCTA shoe in partnership with Nike. Former rival Kanye is also making headlines this week with the all-black colourway of his YZY FOAM RNNR. Elsewhere, there are vintage Air Jordan releases and a premium Air Force 1 Mid on the way plus a collaborative release between Reebok and Eames office. Here’s what is trending in the world of sneakers this week.

Australia has already seen Drake’s Nike collab NOCTA drop its first sneaker in all-white and now it’s time to go all-black. The new silhouette which leans on Nike early ’00s nostalgia is both minimalistic and functional using G-TEK traction technology. The all-black colourway is disrupted by metallic silver accents on the heel, tongue and toe. Get ready to join the fight for these shoes on 27th June. 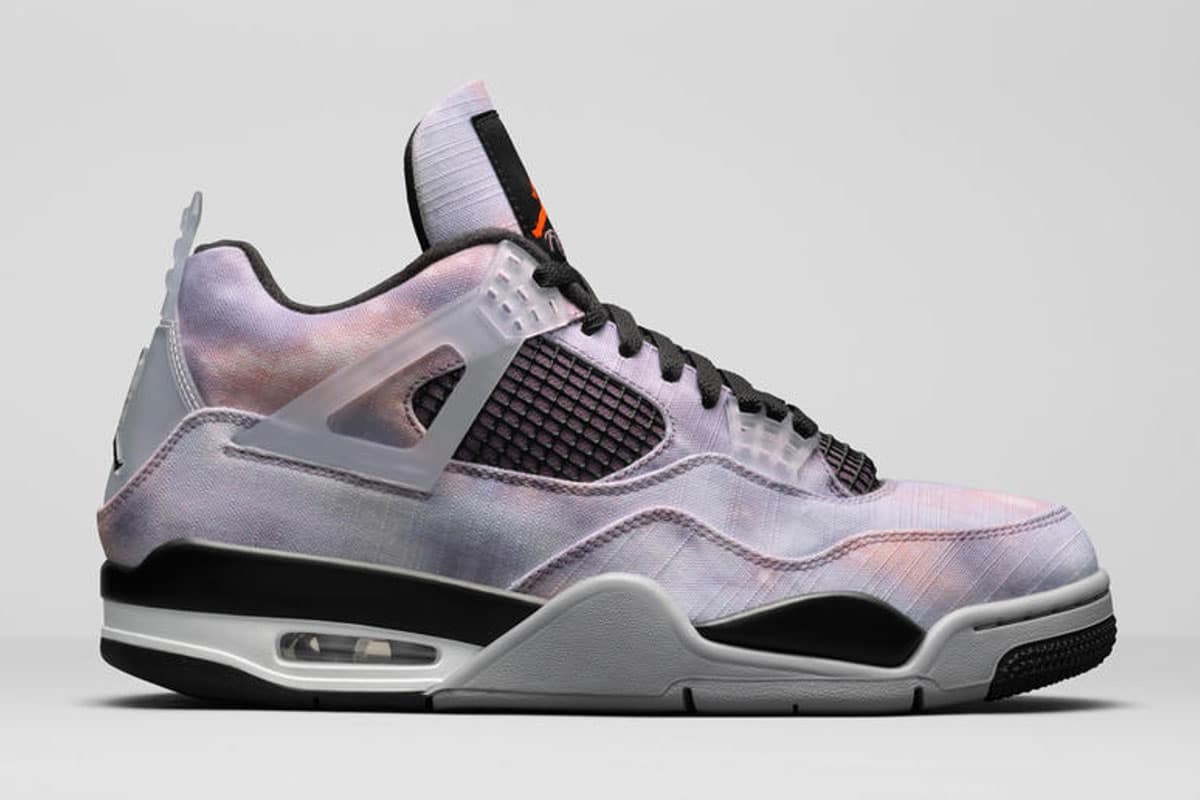 The latest Air Jordan 4 colourway ‘Amethyst Wave’ is tailor-made for the summer, so you may have to stock them away for a few months, but they’ll be ripe and ready when the time comes. The tie-dye print on the canvas upper is hypnotic, pulling together muted shades of purple in a hazy swirl. Translucent plastic on the wings, eyelets and heel tab ensures that all the focus is on the mesmerising print. Cop from Nike on 9th June. 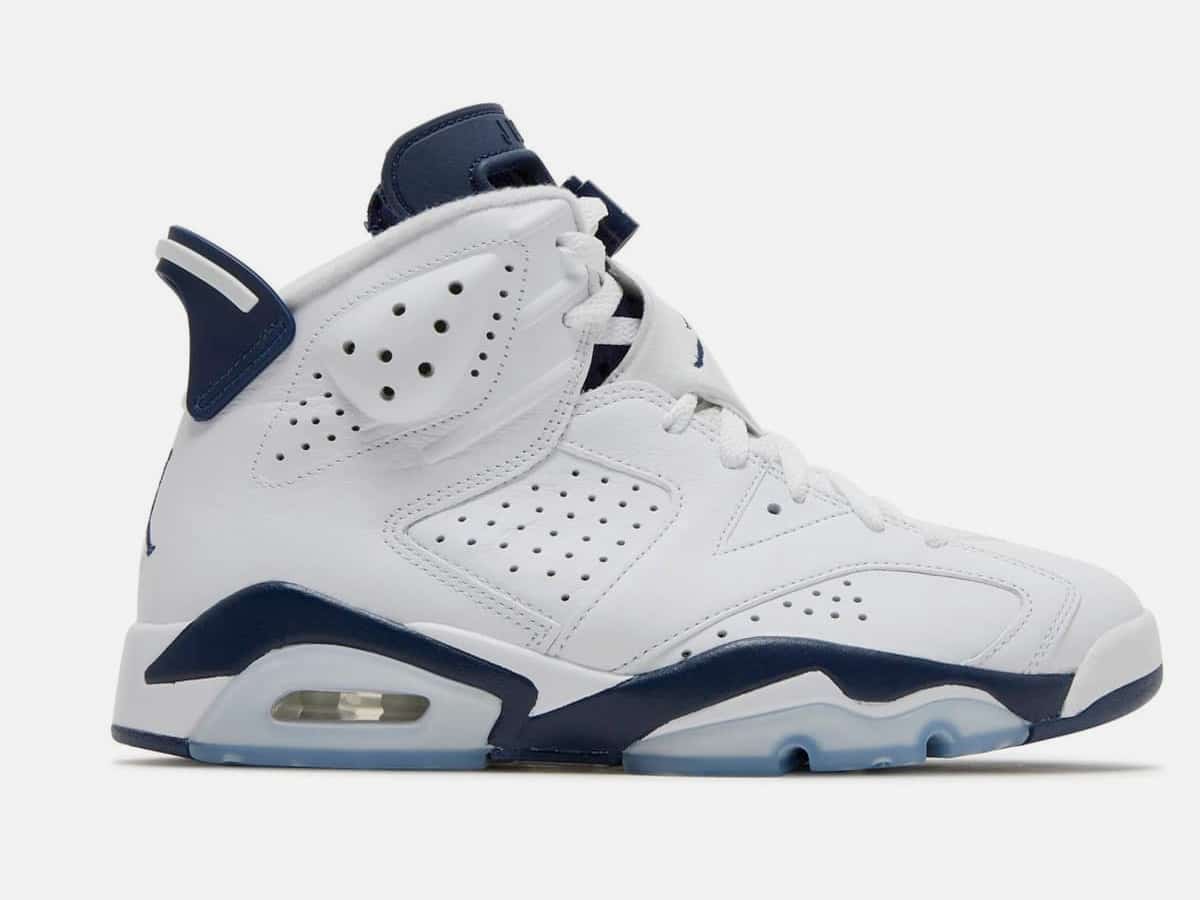 One of the major trends in sneaker wear this year is keeping it classic by digging into the vault. The ‘Midnight Navy’ has been waiting for its time in the spotlight again for 20 years but it’s finally back. It’s a crisp and clean colourway that floods the upper with white and uses Midnight Navy accents on the midsole, embroidered Jumpman, heel piece, and tongue. These are going to sell quickly when they drop at Nike on 15th June. 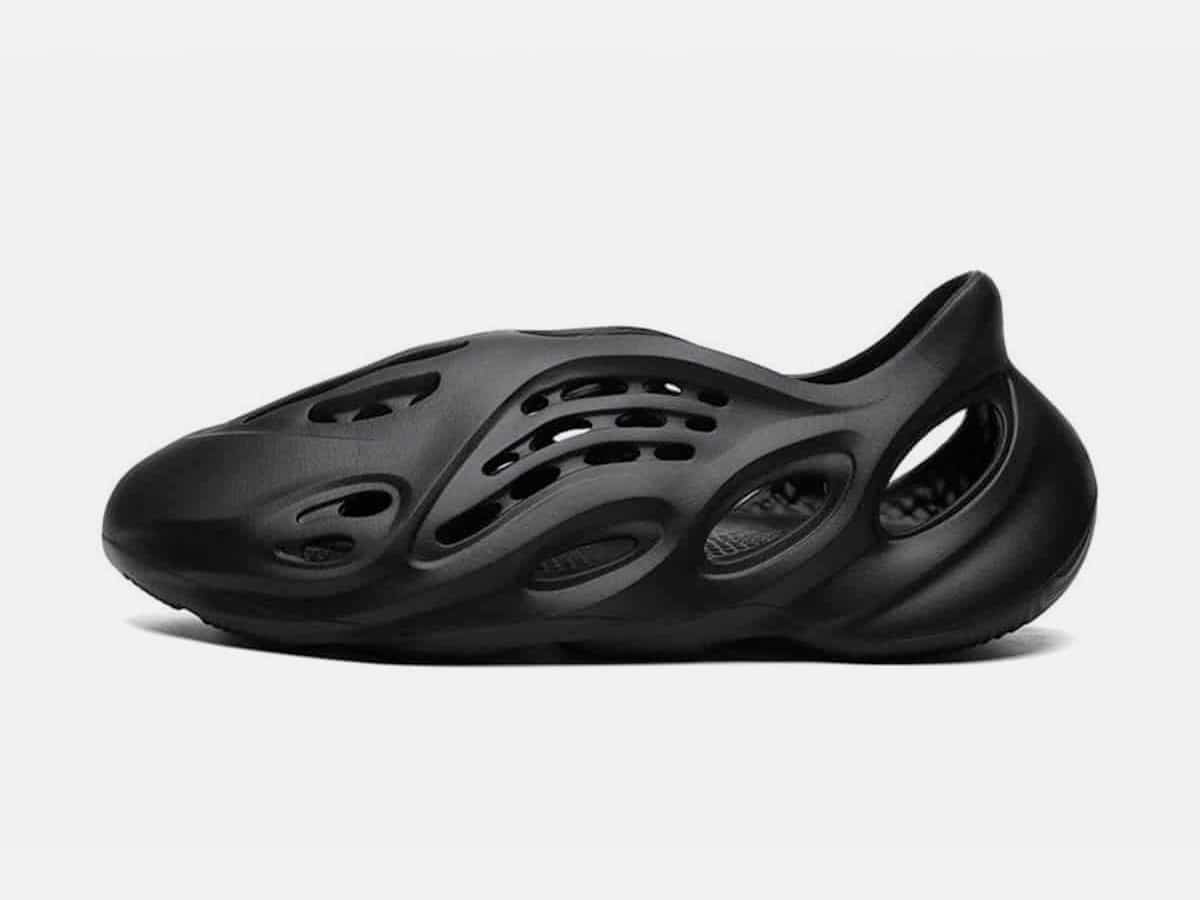 The Yeezy FOAM RNR is fast becoming one of Yeezy’s staple sneakers. Initially mocked for its new-age design, it now garners huge resale prices. This latest colourway is an all-black affair covering the one-piece design. The silhouette features a blended lightweight EVA and harvested algae construction with perforations for breathability. 8th June is the drop date in Australia for these. 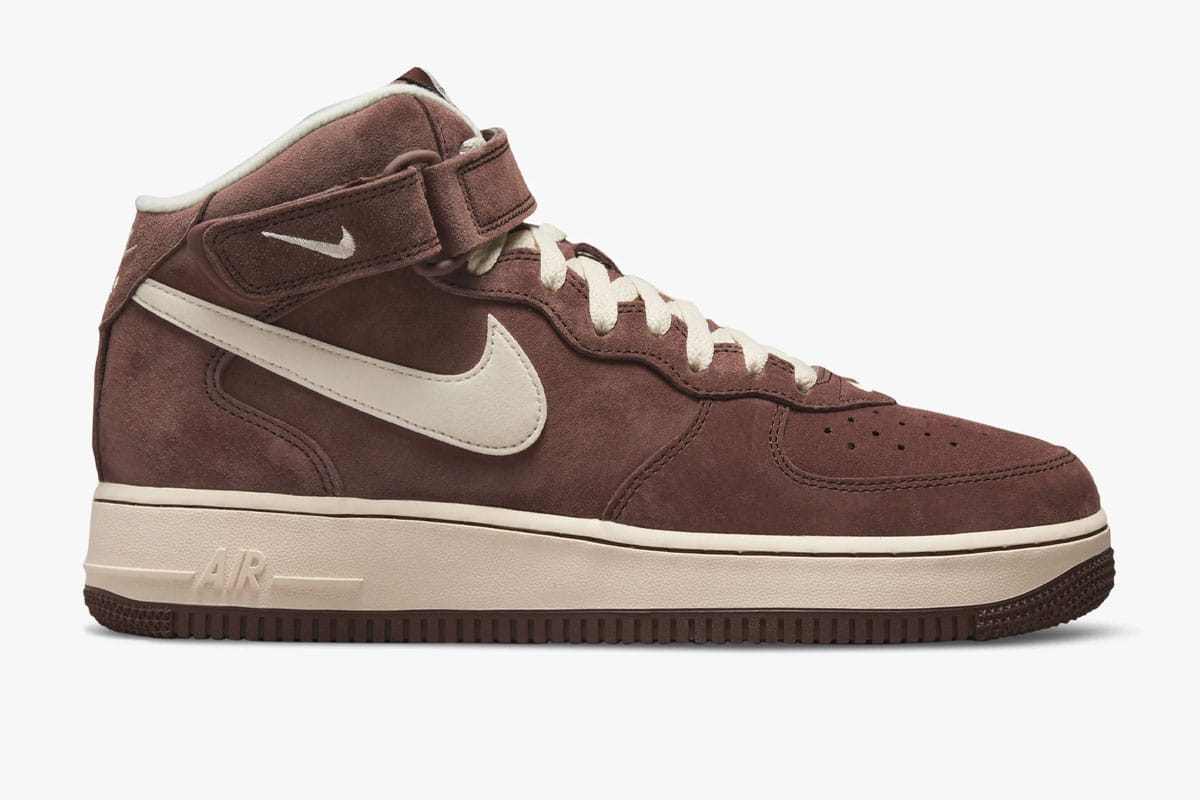 The Air Force 1 Mid has been a focus of Nike’s release schedule this year and it continues with this Chocolate colourway. This is a premium-looking sneaker with a velvety-soft nubuck leather upper finding a crisp balance between the chocolate brown and the cream overlays. Plush padding around the ankle and the hook-and-loop closure makes this one of the comfiest shoes around. Nike has listed these for release on 9th June. 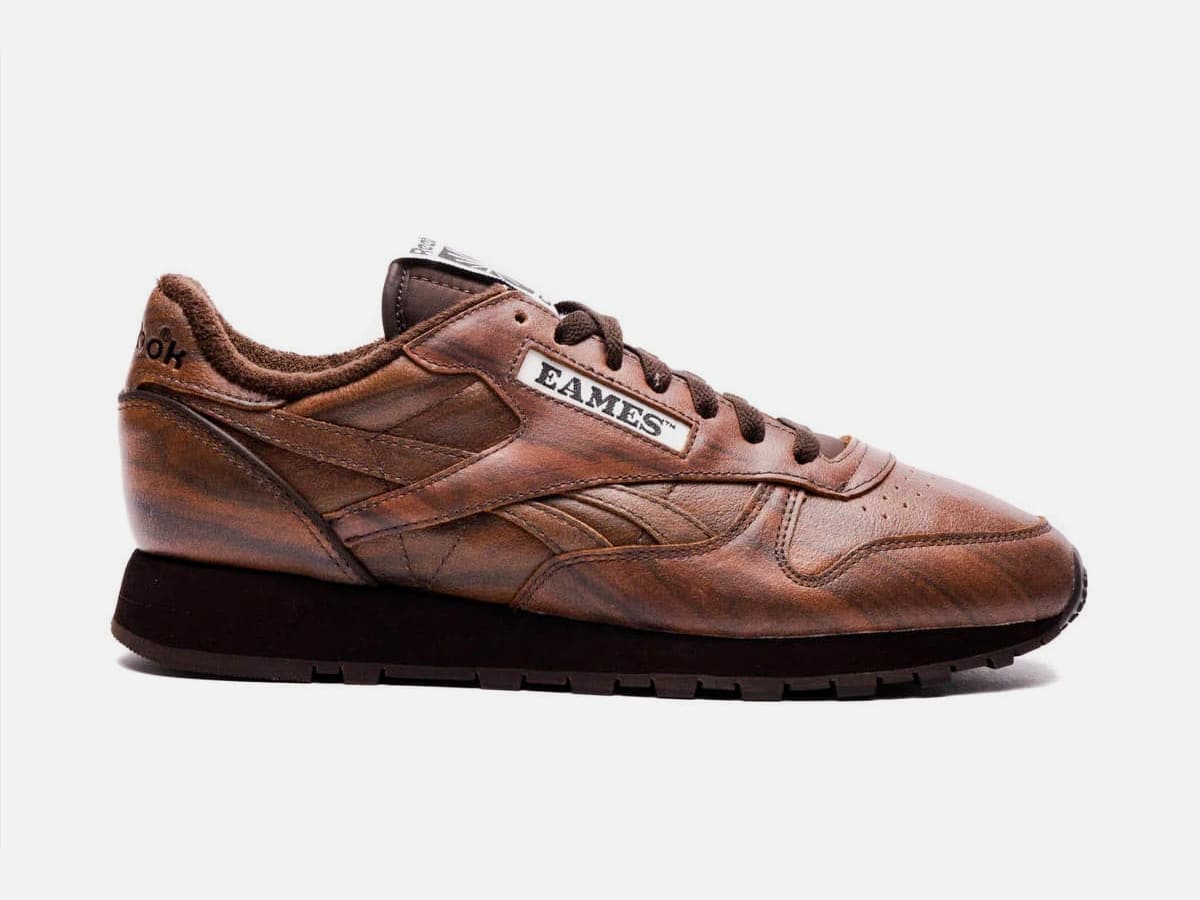 Continuing the brown theme this week, Reebok’s collaboration with Eames Office is a sleek brown affair. They retain the Classic Leather silhouette but add the Eames logo to the sides and the tongue. The upper, meanwhile, features supple leather with a wood grain design making the shoes look somehow like the best piece of furniture you’ve ever owned. Keep an eye on Subtype for release information. 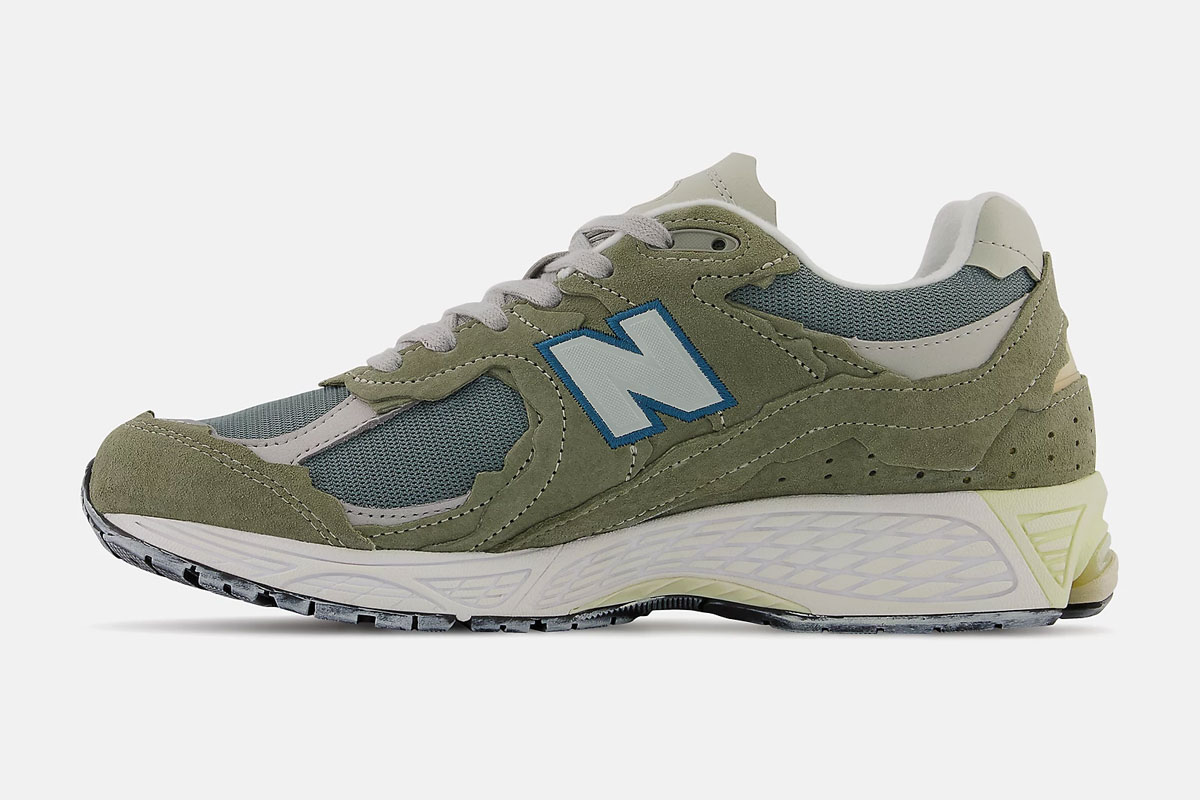 The 2002RD is part of New Balance‘s Refined Future Pack and it’s bringing back the reconstructed and distressed take on Yue Wu’s classic 2002 model. The shoes, originally released in 2010, feature premium materials but they look like they’re falling apart. And we mean that as a compliment. Raw-edged suede panels and an exposed foam tongue give that look as well as the pre-distressed sole unit. Join the draw over at Highs And Lows now.