Continuing its 50th-anniversary celebration of the Royal Oak’s debut, Swiss watchmaker Audemars Piguet has dropped another exciting first. Having stunned fans earlier this year with the Royal Oak Flying Tourbillon Extra-Thin model, AP has taken things a step further. To complement the previous 39mm Jumbo watch, it now presents the same iconic design and the same complications in a smaller case, delivering the flying tourbillon movement in a 37mm watch, for the first time ever. Don’t worry, the angular beauty of the Royal Oak is still there, as is the signature Tapisserie dial, but after five years of development, AP has been able to manufacture a smaller movement that now offers a Tourbillon watch for slender wrists. 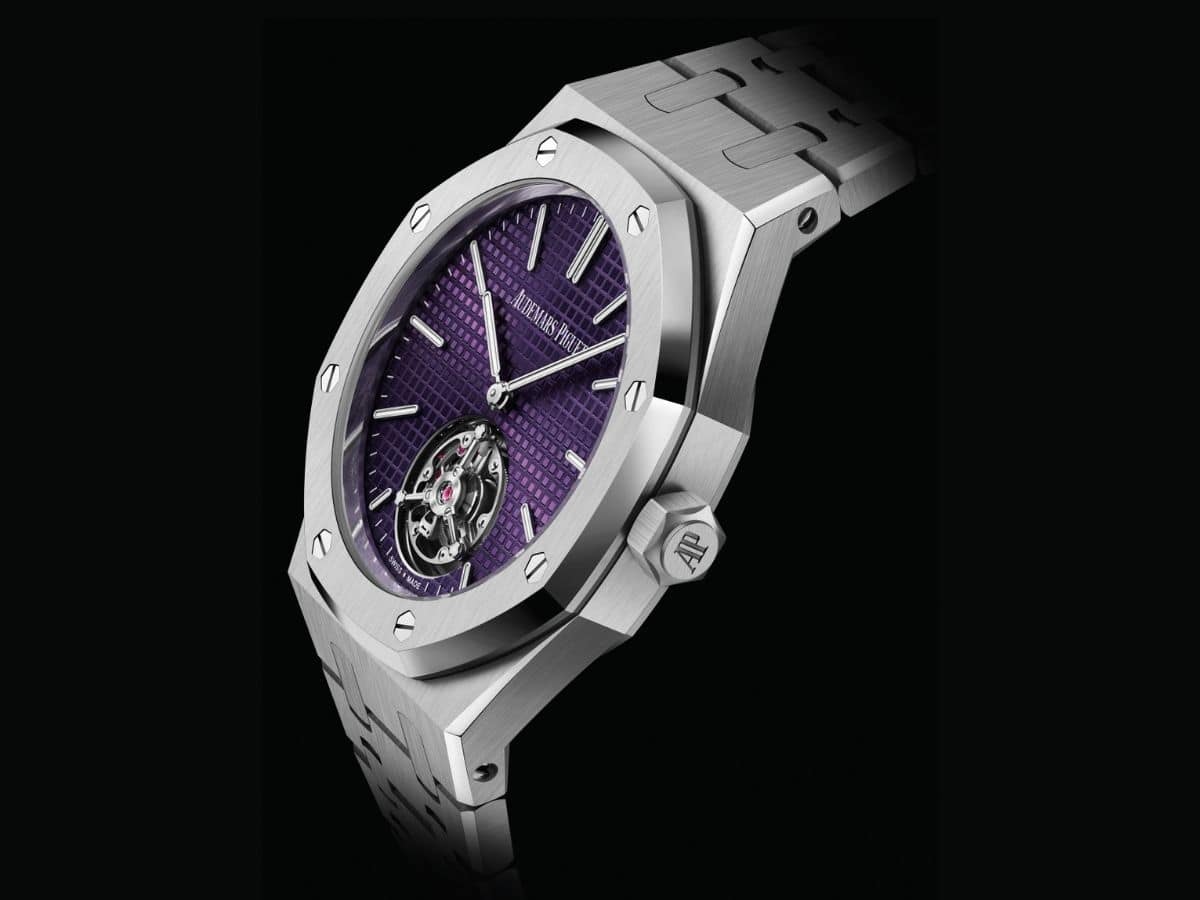 The Royal Oak is already a legend, with the octagonal bezel and exposed screws distinguishing the piece from other high-end watches. Introduced in 1972, it is considered to be the world’s first luxury sports watch. To honour fifty years of popularity AP has continued to innovate as it pushes the art of watchmaking to its limits. This intoxicating new model ups the ante once again while faithful to the Royal Oak DNA.

There’s plenty here to reassure Royal Oak purists – it still has the wonderful clean lines we’ve grown to love and the bracelet is integrated, as it should be. The dial is magnificent and features the exquisitely textured surface of previous models. But you won’t have seen this colour before. In another first, the dial is a vivid plum hue and as expected the markers are ‘bathtub’ shaped. But the real star of the show is the beating heart of the watch. It’s an engineering marvel and the reason that this variant is causing such a stir. 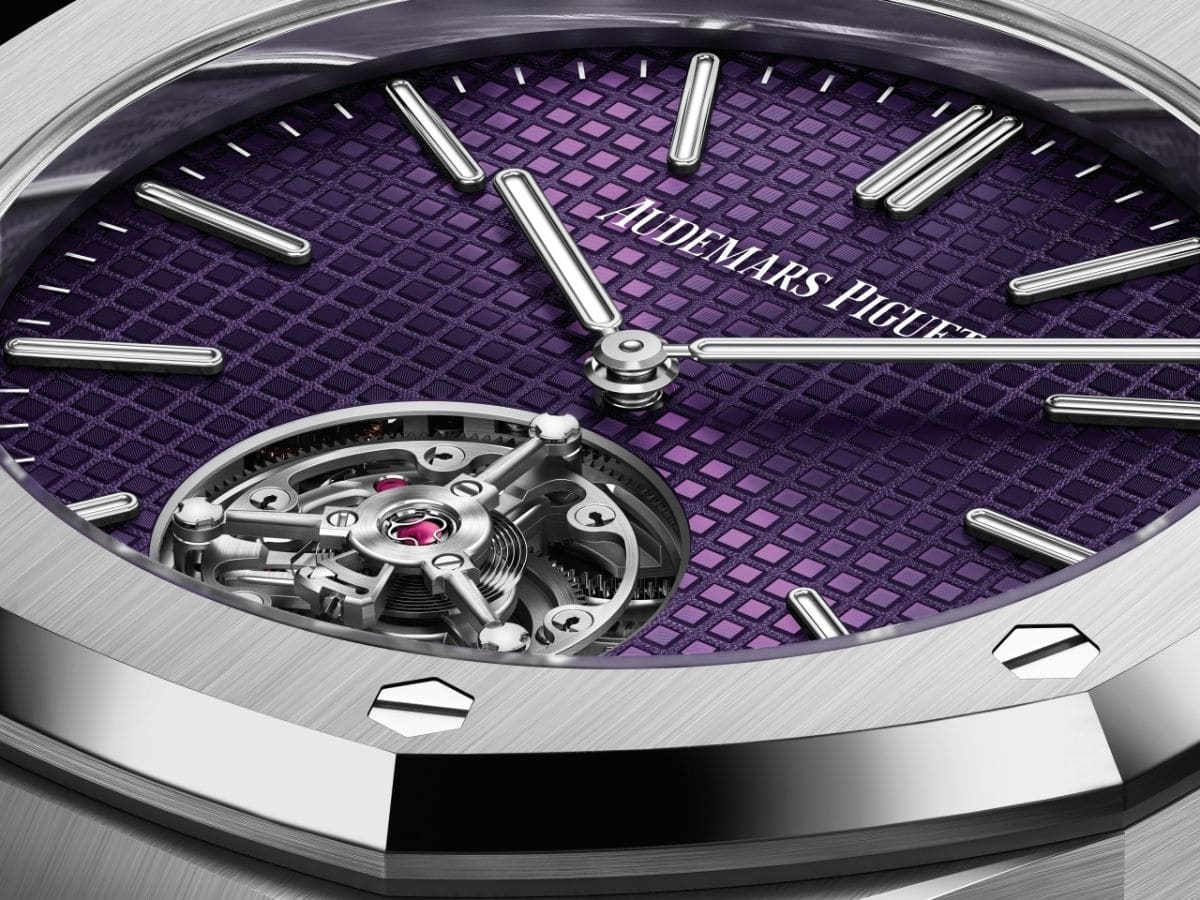 AP’s Development Director, Lucas Raggi, explained how his team’s first goal was to create a Tourbillon movement that would fit into the classic 39mm ‘Jumbo’ case. Having achieved that feat, the bar was again raised as “we challenged ourselves further by fitting the same calibre in a 37mm case”. Remember, this took some of the world’s best watchmakers five years to execute.

The result is captivating, with the new smaller Calibre 2968 having been rebuilt from the ground up. AP’s engineers completely redesigned the architecture of the movement, using titanium for the cage at the front and open-work construction at the rear to allow an unobstructed view of the mechanics in action. As yet, there’s been no announcement regarding the price, but with the Royal Oak being an icon and the RD#3 showcasing Swiss watchmaking at its finest, we’re sure that it’s going to be a hit when released. 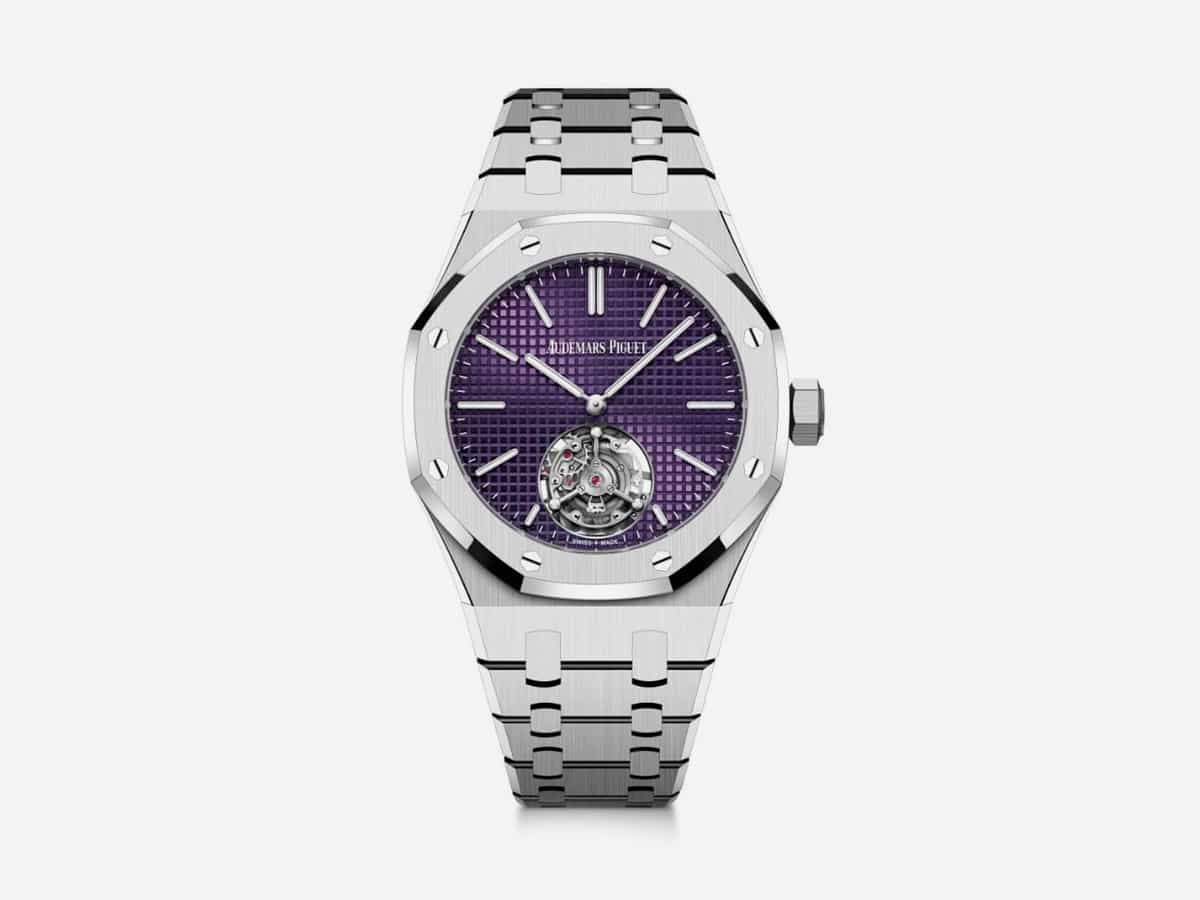