The 1970s weren’t only a cringe-fest of flared trousers and platform shoes. Yes, there were awful polyester suits and gold medallions, but there was also a host of timeless designs that aged well, with watch manufacturers producing some of the most memorable. This is a seam that German high-end watchmakers Glashütte Original has mined with its Seventies collection. With a distinctive square case, the Glashütte Original Seventies Chronograph offers vintage chic paired with the best of modern watchmaking. This model has been around a few years, but the unmistakable new Fab Green dial is its most eye-catching variation to date. 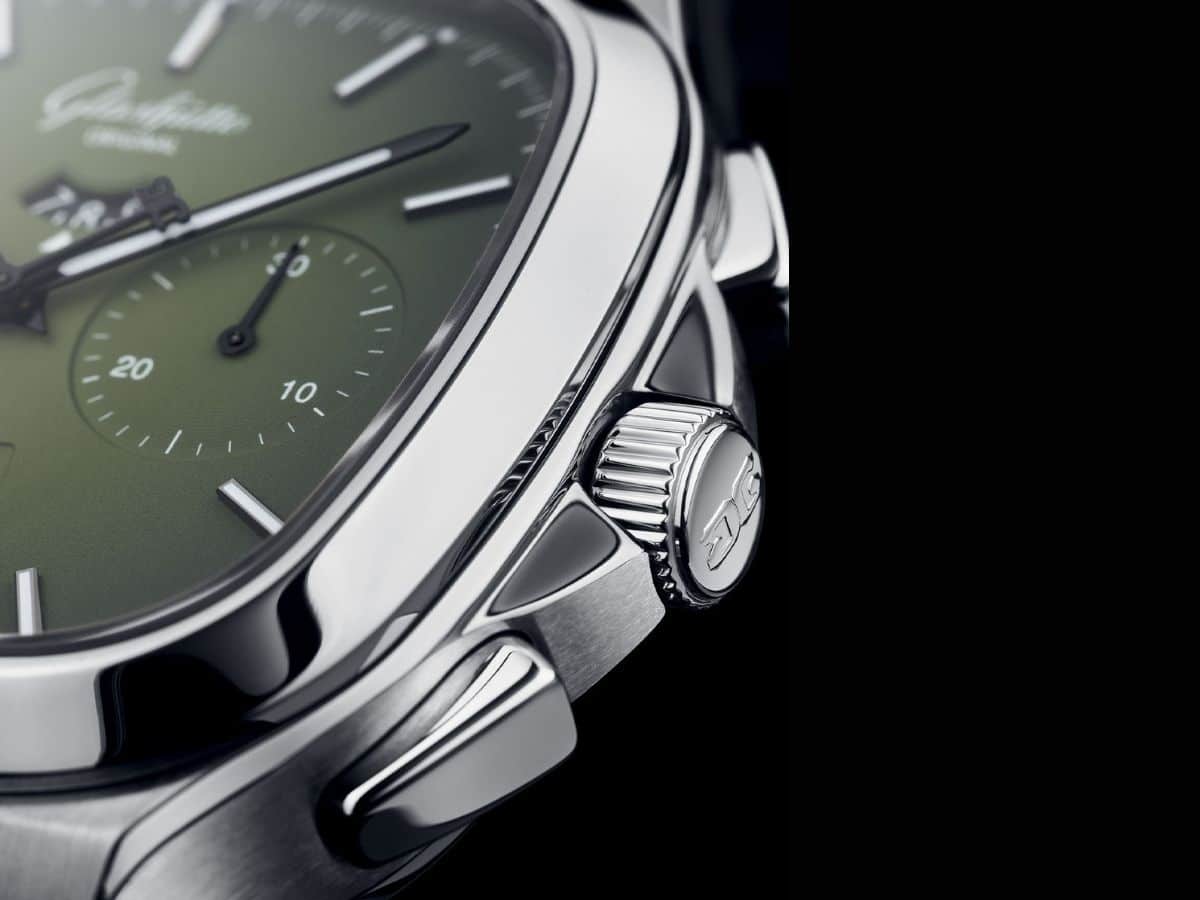 The Seventies Chronograph Panorama Date offers collectors a modern interpretation of a classic retro design. If like us, you have a soft spot for dapper ’70s fashion then you’ll recognise the TV style case of the Fab Green model. It was a look utilized by Swiss brands including Omega and Rado, with American watchmakers Bulova also jumping on the bandwagon.

Glashütte Original’s revival watch features a slightly larger case than was used back in the day. At 40mm by 40mm, the size adds a touch of modernity to a piece that is otherwise faithful to the earlier era. The polished stainless steel case includes elegant crown guards, discreet chronograph pushers and rounded corners that enhance the wearability. But it’s the dial that is the star of the show. The Seventies Chronograph isn’t a new watch, but the fabulous green is an exciting new iteration. The deep green dial has a gradient effect, going from a rich green in the middle to black at the edges, and in a first for this line, black is also used on the applied indexes. And of course, you spotted that signature Panorama date, right? It’s a feature of the brand’s most noteworthy watches. 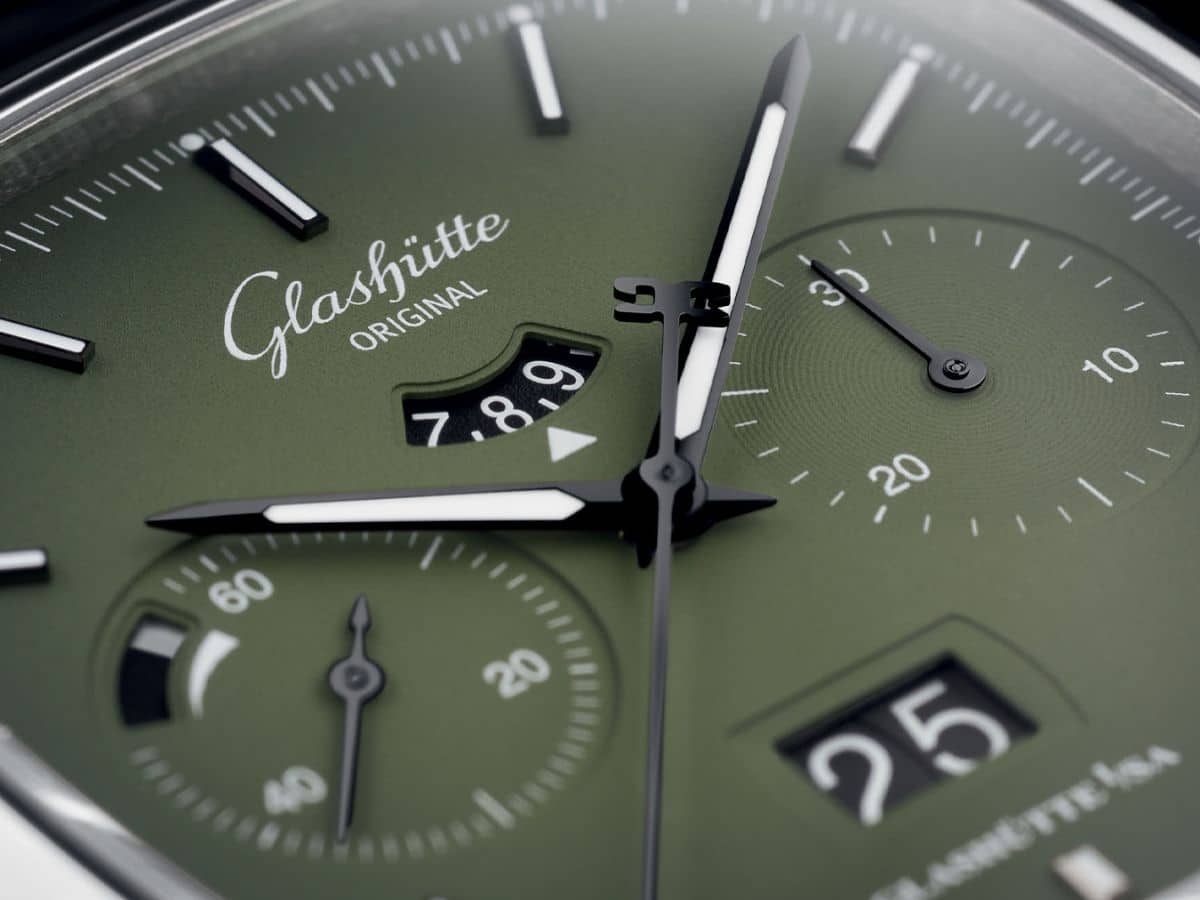 The Saxon watchmaker is one of a small group of brands that manufacture its movements in-house and the Seventies Chronograph is equipped with the elaborate Calibre 37-02 automatic movement. On top of the 70 hours power reserve – displayed on the dial – there is an abundance of chronograph functions.

The exquisite movement is visible through the sapphire crystal exhibition back and there are three strap options available, with each adding a new dimension to the already distinctive appearance. The stainless steel bracelet offers a formal aesthetic and the rubber a more informal sporty look. But if you’re going to crank up the disco and boogie down, then the groovy calfskin would be the obvious choice. 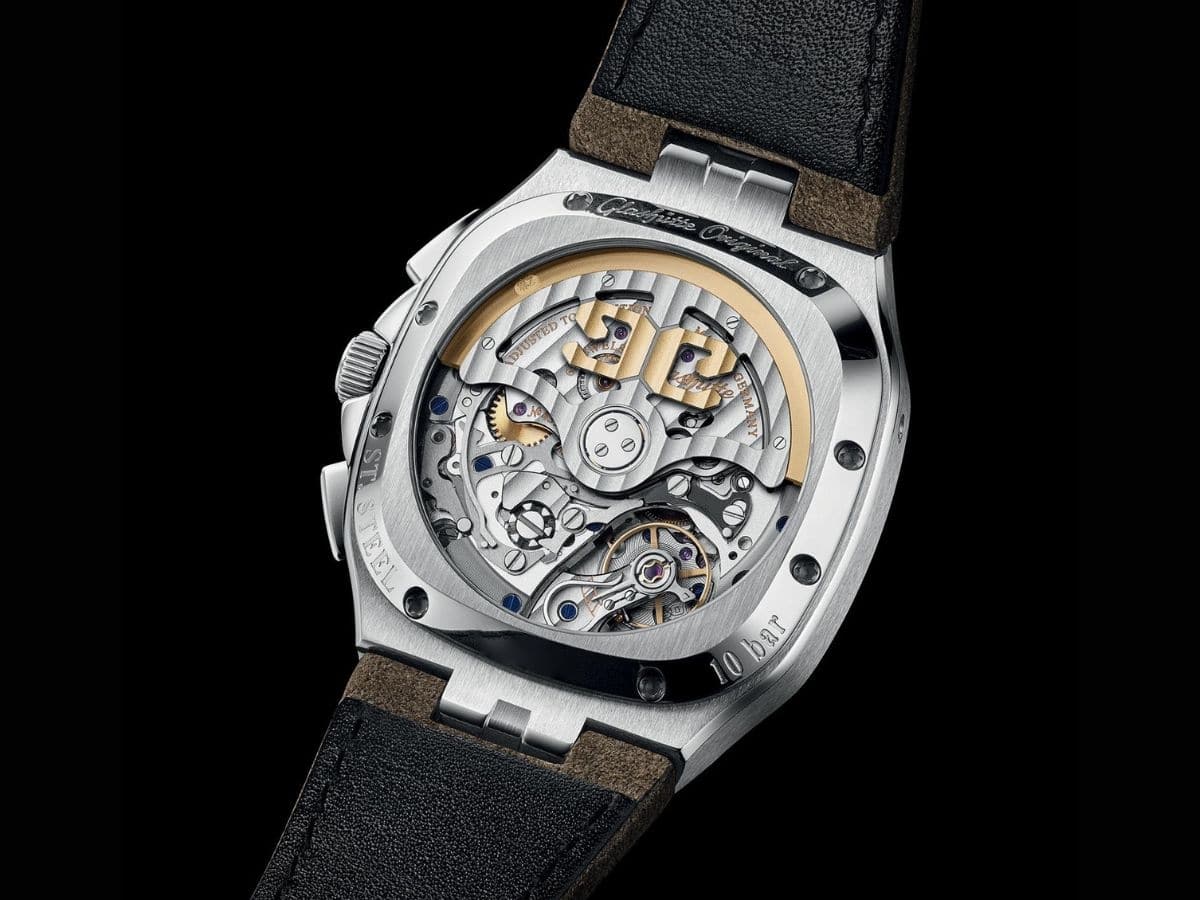 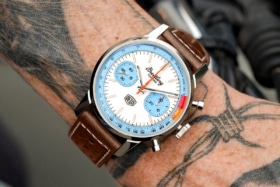 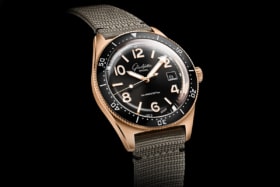 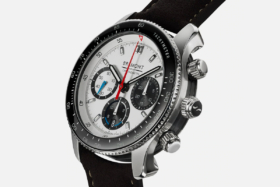