Every great story has a beginning, but not all of them are destined to end. Some are simply reborn, unravelled by time and reworked for a new generation. The words may be different, those who tell them – a little older, but the sentiment remains timeless. For Swiss luxury watchmaker IWC Schaffhausen, the story is still being written.

More than eight decades since the fabled Maison unveiled the first iteration of its oversized “B-Uhr” military navigation watch, IWC has put pen to paper once again, crafting a new chapter in the indelible history of the Big Pilot’s Watch. But make no mistake, this ain’t just your granddaddy’s wristwatch. 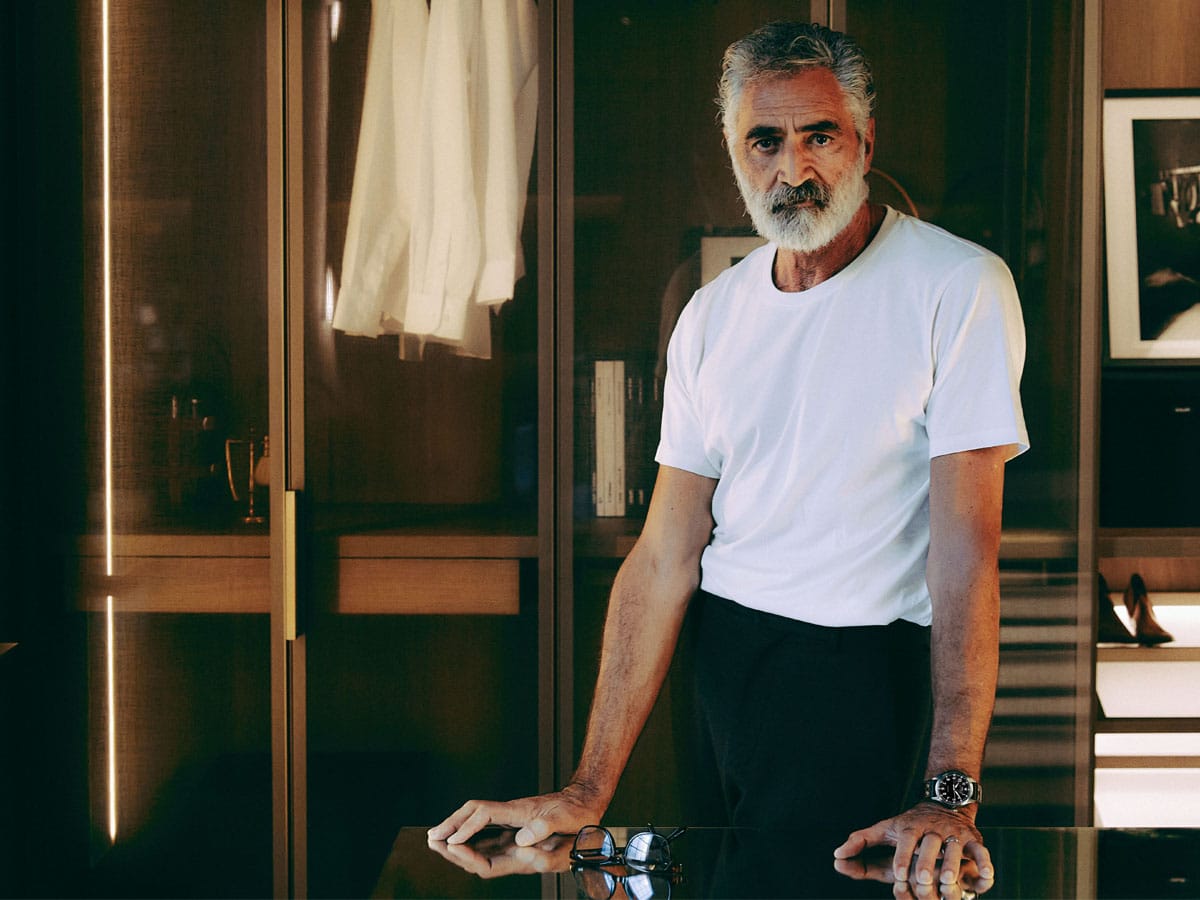 You don’t always set to out to create a legacy, but somewhere along the way, the vision becomes clear. In the case of the Big Pilot, the story dates back to 1940 and the introduction of 1,000 oversized “B-Uhr” watches. Bulky instruments of military precision, the original Pilot’s release laid the foundations for what would become a staple in the horological world. Subsequent evolutions and innovations blazed a trail to 2002 and the Big Pilot’s Watch (Ref. IW5002) was born. Taking design inspiration from cockpit instruments and measuring 46.2mm in diameter, the innovative blend of old and new instantly became one of IWC’s most-heralded lines.

Characterised by minimalist underpinnings and functional essence, the collection’s timeless design language and robust performance specs make it a force to be reckoned with. Even with a modified case size of 43mm, these pieces turn heads from across the room, courtesy of the oversized crowns, legible numerals, and monochromatic dials.

Since 2002’s fateful revival, the IWC favourite has set its sights on revamping the range. From the 2006 Big Pilot’s Watch (Ref. IW500401) that introduced a faster beat movement to the incredible Perpetual Calendar Big Pilot’s Watch (Ref. IW502605) that reimagined the original flight watch, IWC has proven, time after time, that true style is ageless. 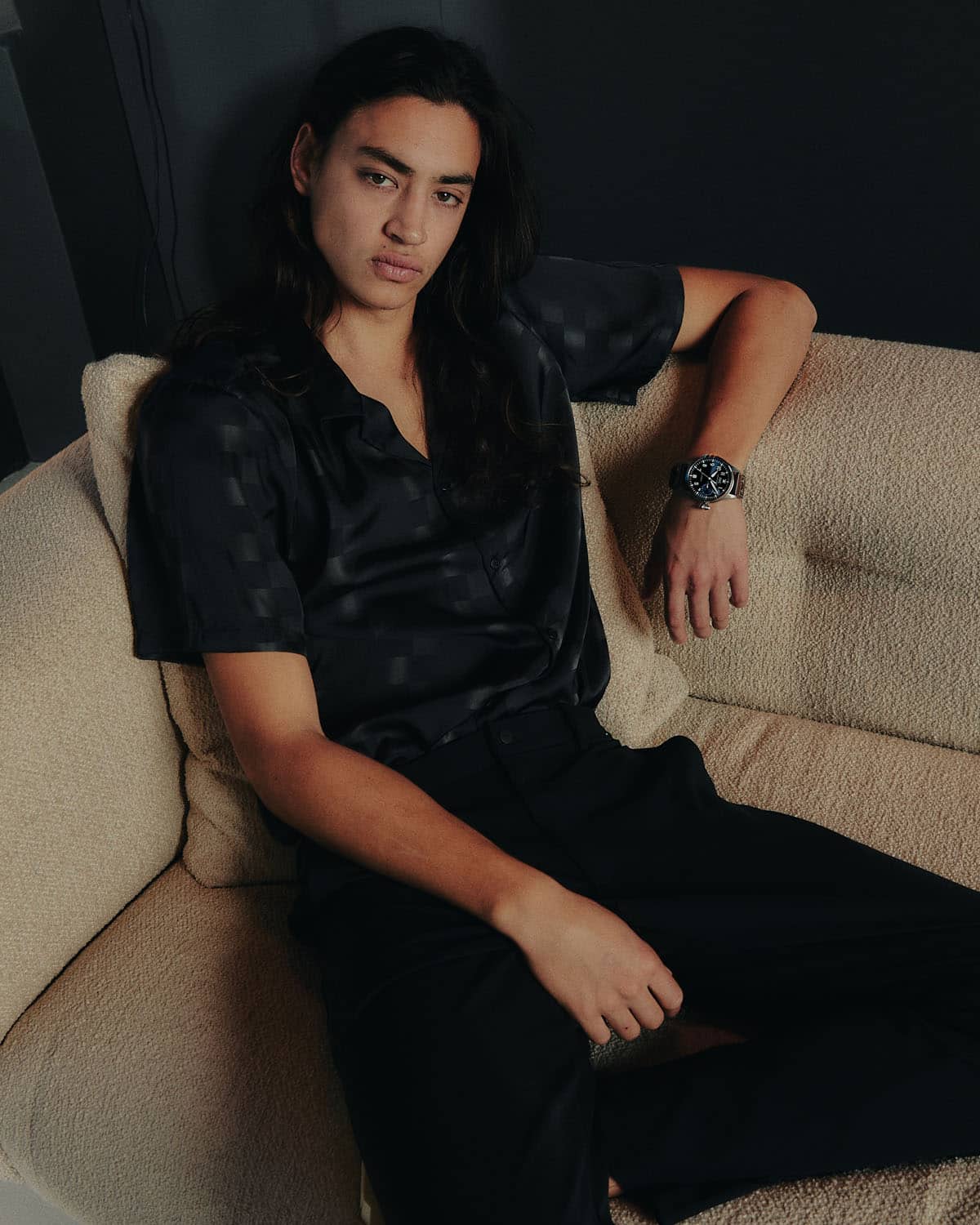 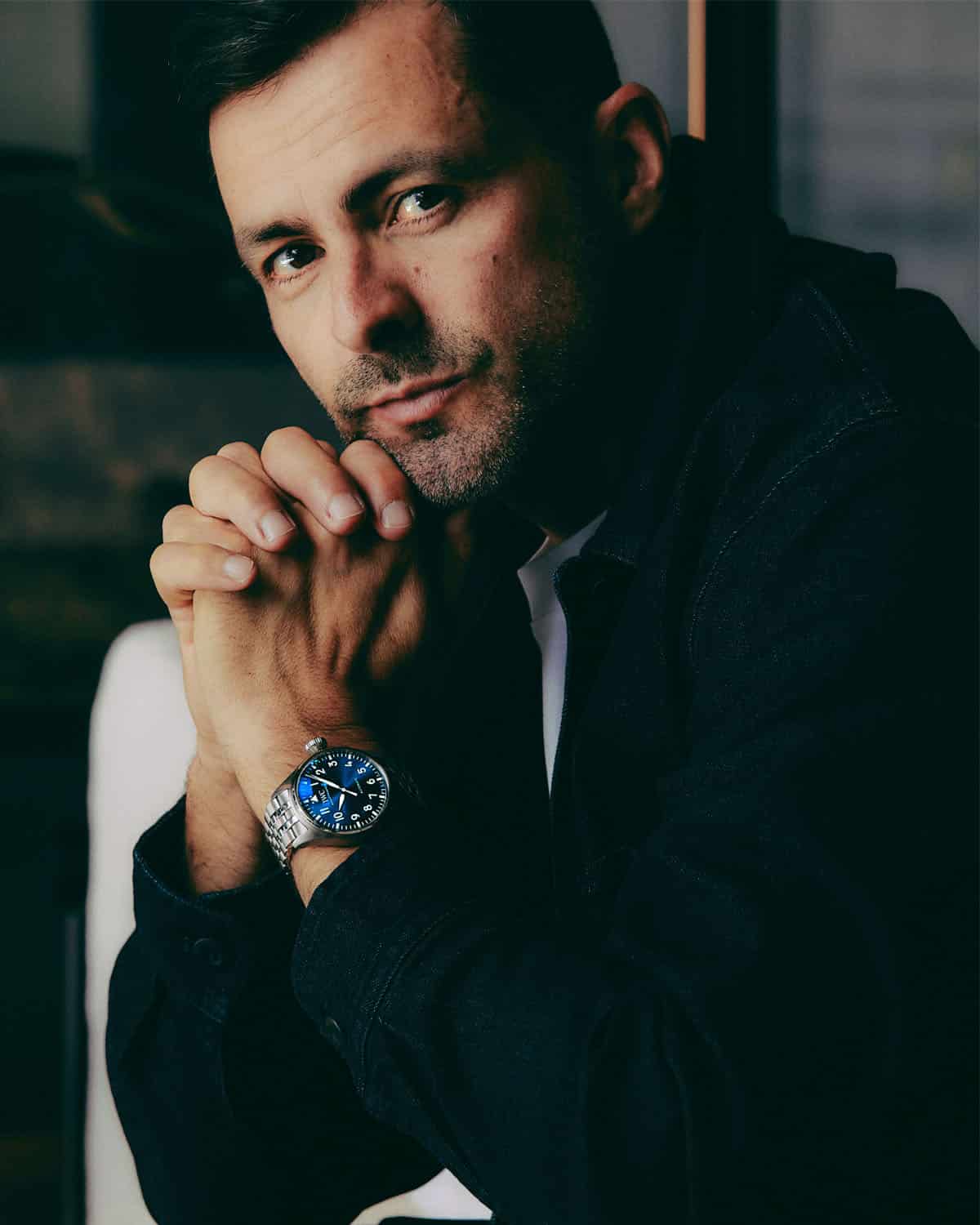 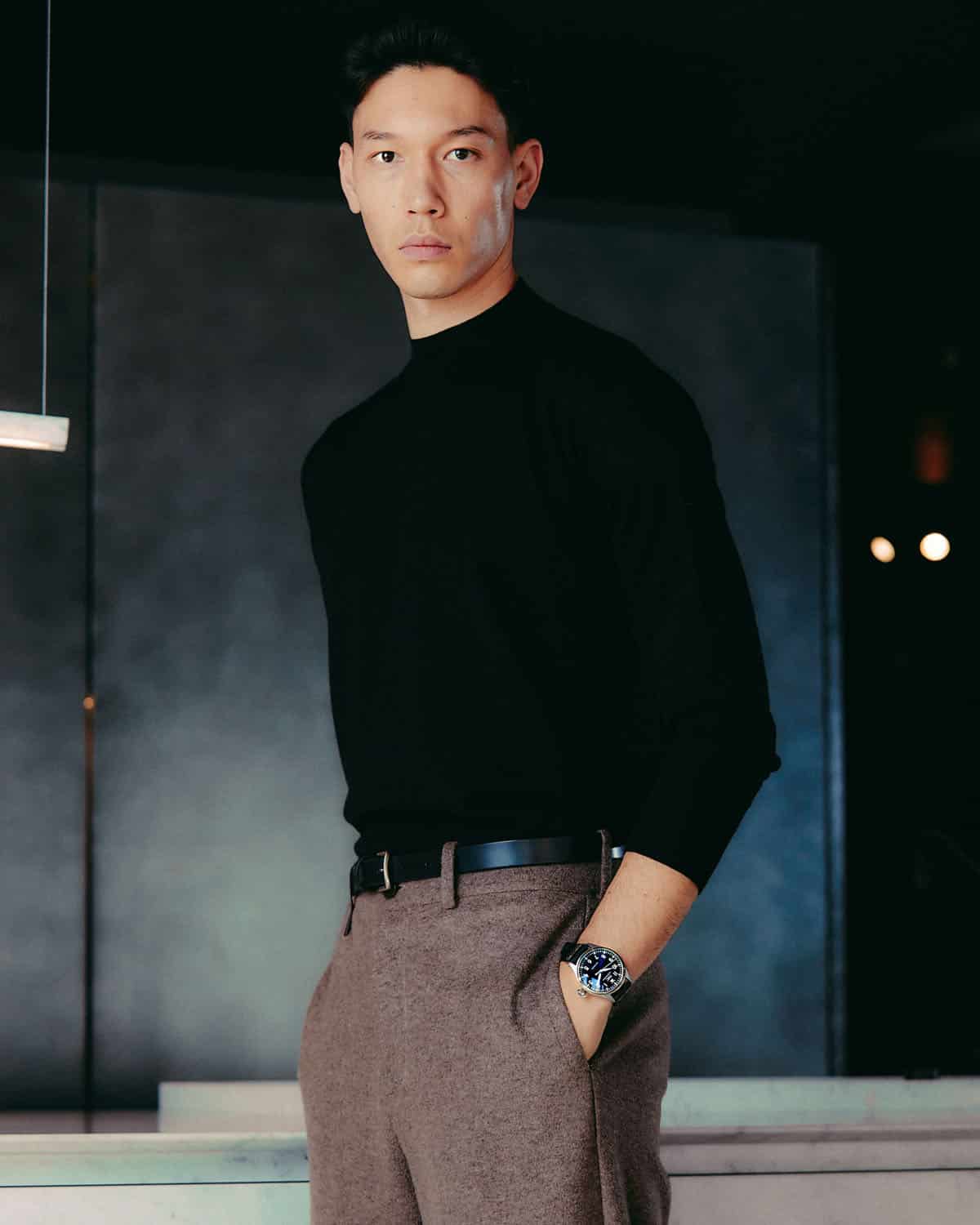 With a legacy that spans generations, the Big Pilot’s Watch holds the esteemed virtue of versatility and you need only take a glance to understand why. Ideal for the sophisticated father, while still modern enough to feel innately fresh, the timepiece looks just as at home on the wrist of someone in their 20s as it does on someone in their 50s and beyond. When combined with a curated wardrobe, it becomes a living celebration of enduring and adaptive style.

The best part? Because IWC’s Big Pilot’s Watch traverses so many generations, the watch never loses its desirability, allowing each wearer to relish its unique ability to pair with different ensembles. There is genuine power to reap from the range’s expert use of minimalist design, which eschews gimmickry in favour of bold simplicity and premium performance. 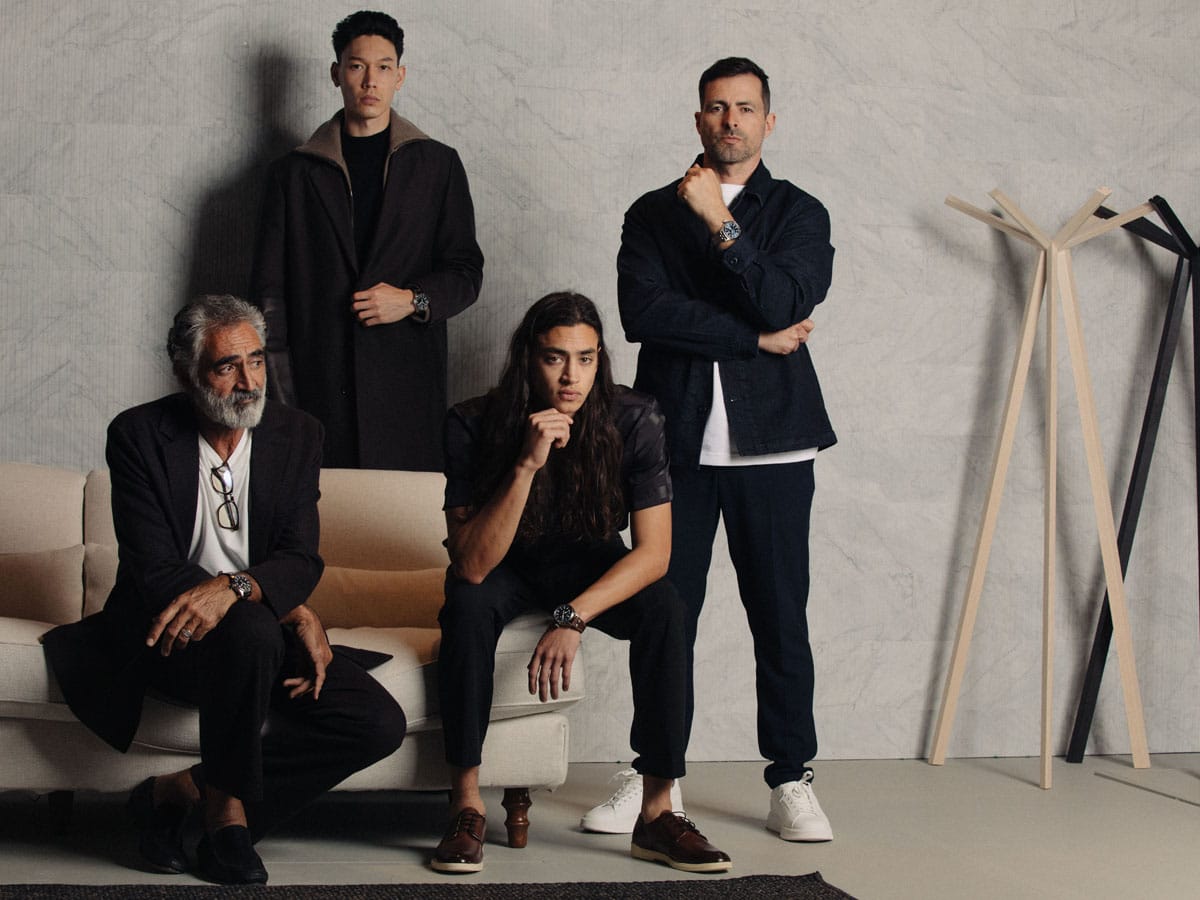 Truly, the Big Pilot’s Watch isn’t about trends or fashion fads, it’s a testament to those who favour style that stands the test of time. In fact, it’s by straddling multiple worlds that the line remains timeless in the truest sense of the word. One can still trace certain details and hallmarks back to those groundbreaking 1940s predecessors. But with the use of eye-popping dial colours, modified case sizes, new movements, and updated materials there comes a newfound sense of generation-spanning allure. 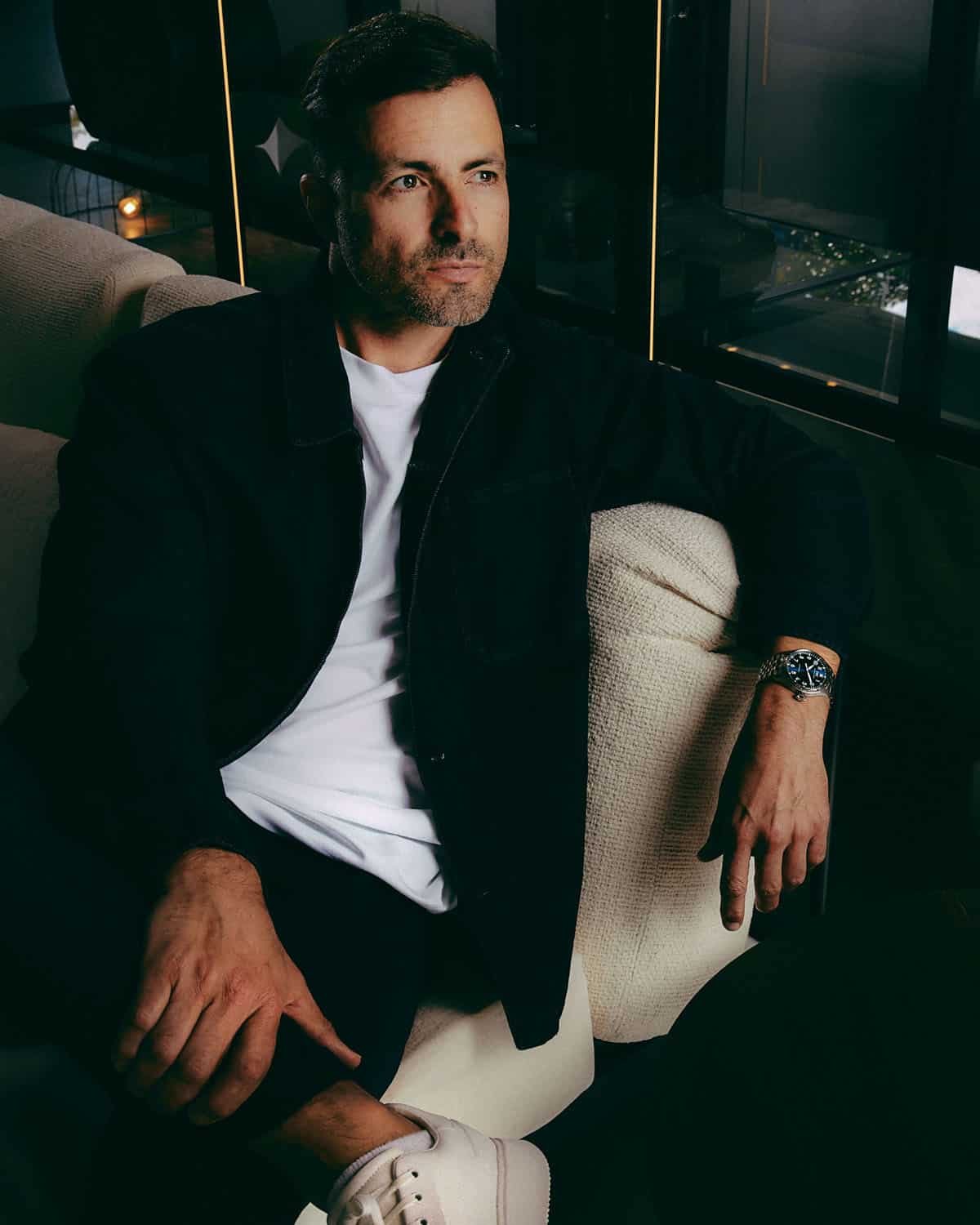 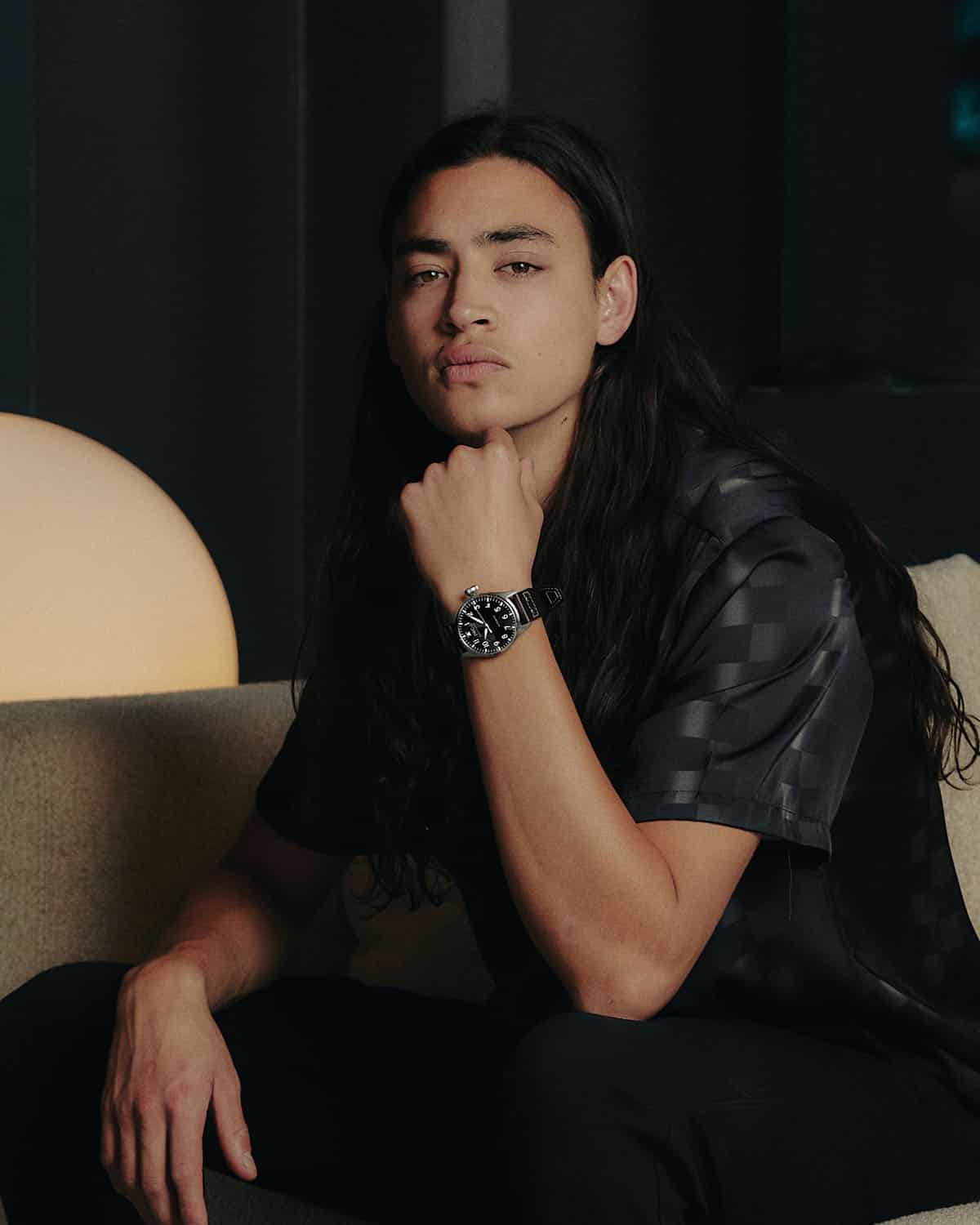 Eighty years on from its humble beginnings, IWC’s Big Pilot’s Watch is turning over a new leaf. With a host of new iterations bearing the iconic moniker for 2022, the watchmaker has nailed versatile style and we’ve got the pics to prove it. Arriving just in time for Father’s Day, the generation-spanning stunner has been celebrated in style. In a fitting nod to the Big Pilot’s Watch’s versatility, four of the releases have made their presence felt, arriving on the wrists of four starkly different canvases. From the 50-year-old father of two to the 20-year-old fresh-faced watch fan, the timepieces, all of which are available through luxury retailer Watches of Switzerland, shine through. 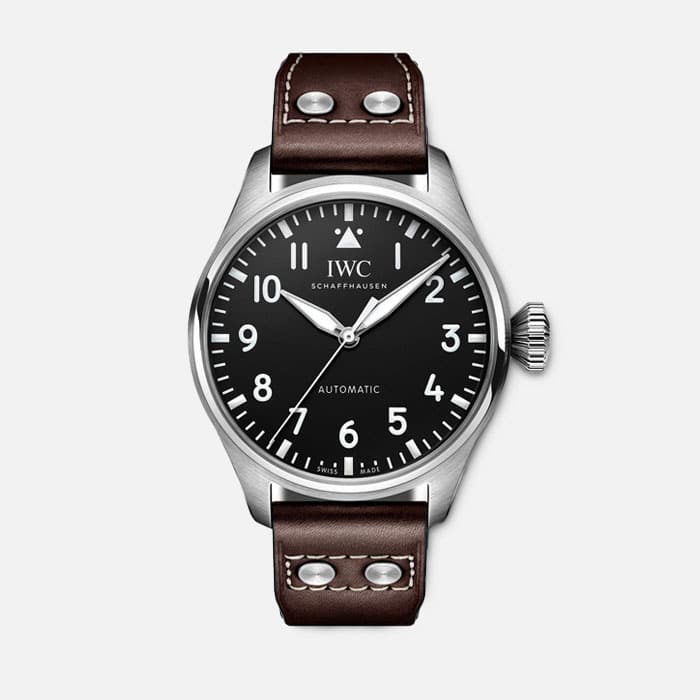 For the distinguished gentleman of multiple passions, we present this effortlessly versatile sports watch. It flanks a solid black dial with a 43mm case of prime stainless steel and brown leather strap. Flip the piece over to behold in-house 82100 calibre through the sapphire glass case back. Reinforced with ceramic components, the ultra-reliable movement and its Pellaton winding system deliver a power reserve of up to 60 hours. 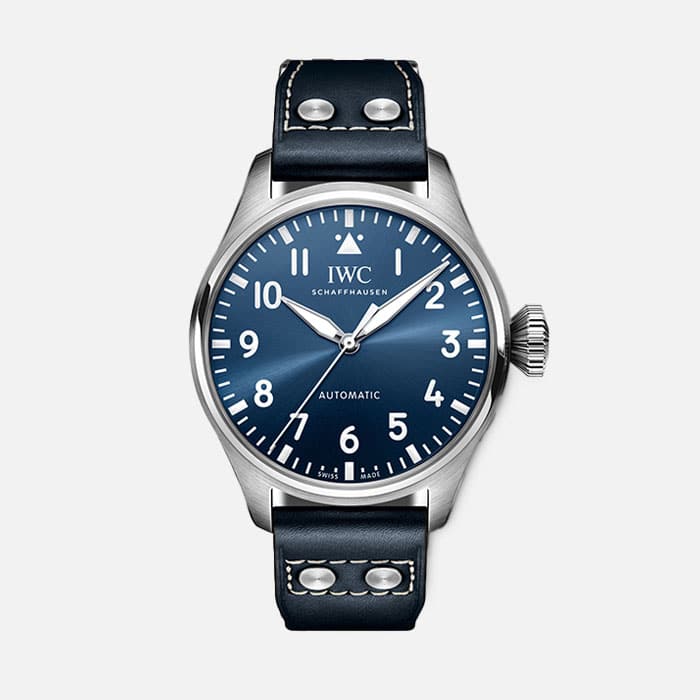 With its stunning blue dial, large numerals, and rhodium-plated hands, this model may very well be a personal favourite. Its silver-toned case of stainless steel and oversized crown inject the perfect amount of modern contrast. Sealing the deal is blue calfskin band, which can be seamlessly swapped out for rubber or stainless steel using the EasX-CHANGE system. 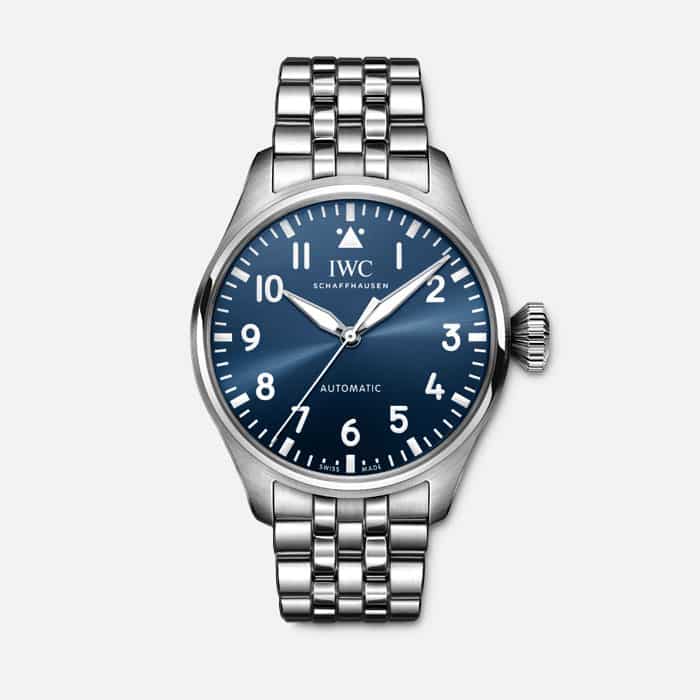 This brilliant model brings in a steel bracelet and thereby enhances the aforementioned contrast between blue and silver. Like its 43mm brethren, it runs on 82100 Calibre with a central hacking seconds complication and offers water resistance to 10 bar. 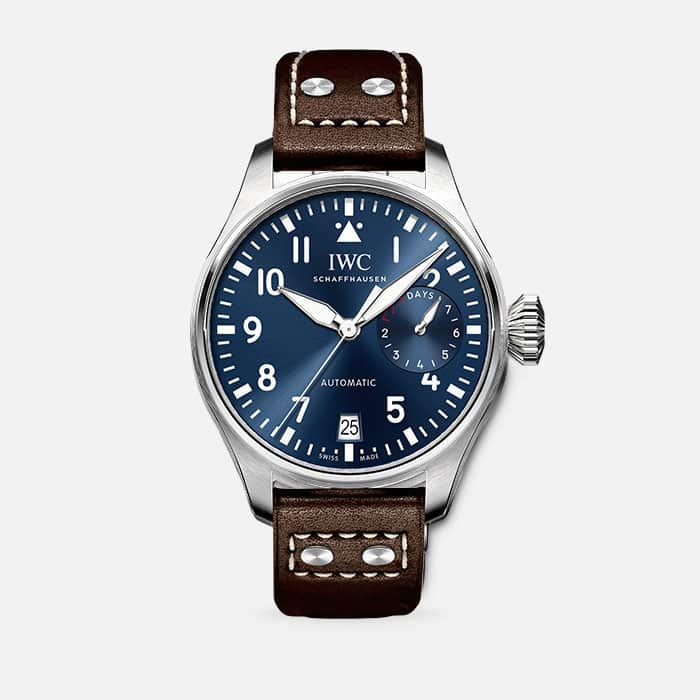 Putting the “Big” in Big Pilot, the “Le Petit Prince” special edition measures in with a 46.2mm case design. No less powerful under the skin, it runs on in-house calibre 52111 automatic, self-winding movement with a whopping seven-day power reserve. Opposite the classic blue dial is a solid case back with an engraving of the little prince himself, the beloved character from a classic book of the same name.

The Legacy Lives On

As the pages keep turning and the story continues to take shape, the best chapters still lie ahead for the Big Pilot’s Watch. After all, nothing renders an impression out of minimalist design quite like the fabled aviation timepiece. Its tale may be long and constantly evolving, but read through a new set of eyes, this story’s magic is renewed. The perfect Father’s Day gift perhaps, but this timeless collection isn’t just for fathers. You can view the new IWC Big Pilot’s Watch collection through Watches of Switzerland today. 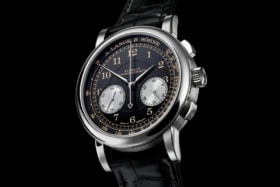 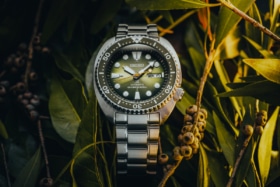