Swiss watchmaker Tudor has launched a new version of its popular Black Bay Fifty-Eight diver’s watch in a navy blue colourway. It’s the same great watch known for its 200-metre waterproof rating and impressive 70-hour power reserve with the added benefit of continuing the Tudor tradition of blue sports watches. 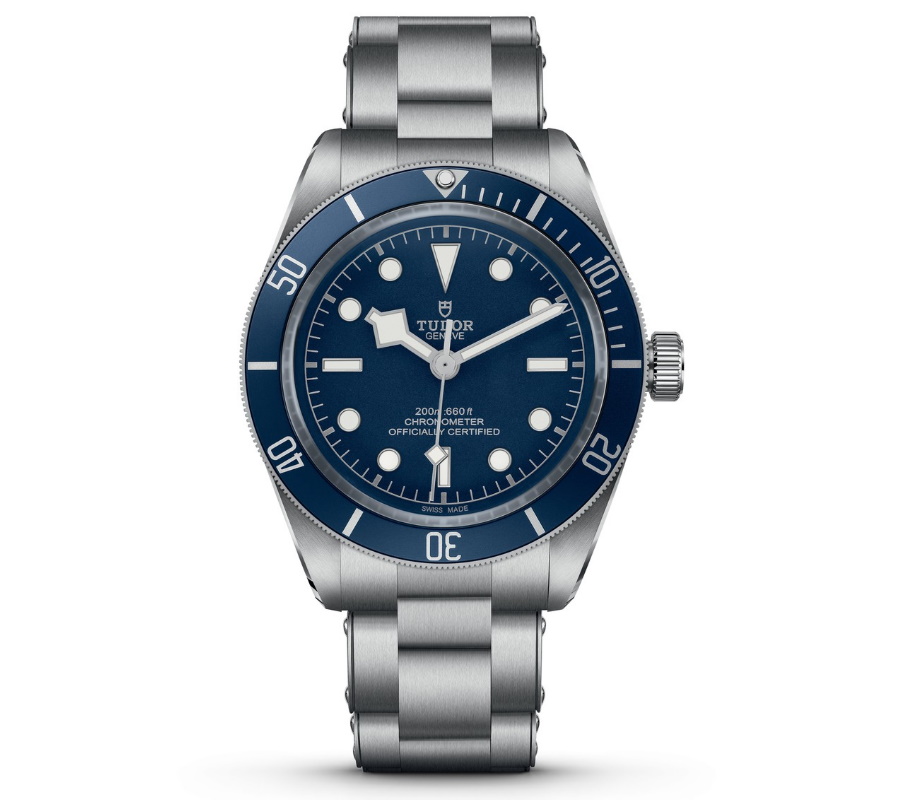 The Black Bay Fifty-Eight “Navy Blue” gets its name from its colour, of course, but also from the year 1958, which saw the release of the classic Tudor “Big Crown” diver’s watch.

Among other nods to the historical watch, this new navy blue model offers a 39 mm diameter keeping with the proportions of the 1950s. It’s an ideal piece for slim wrists and vintage enthusiasts.

The Black Bay Fifty-Eight features a case made of stainless steel with a navy blue-domed dial and “Snowflake” hands – a hallmark of Tudor diver’s watches since 1969. Super-LumiNova makes the hands luminescent in the dark.

Tudor equips all of its Black Bays with the Manufacture Calibre MT5402 best known for its reliability and precision. Functions include hours, minutes and seconds. The movement is playfully described as “weekend proof,” meaning the 70-hour power reserve enables you to take the watch off on a Friday evening and put it back on again on Monday morning without having to wind and reset it. 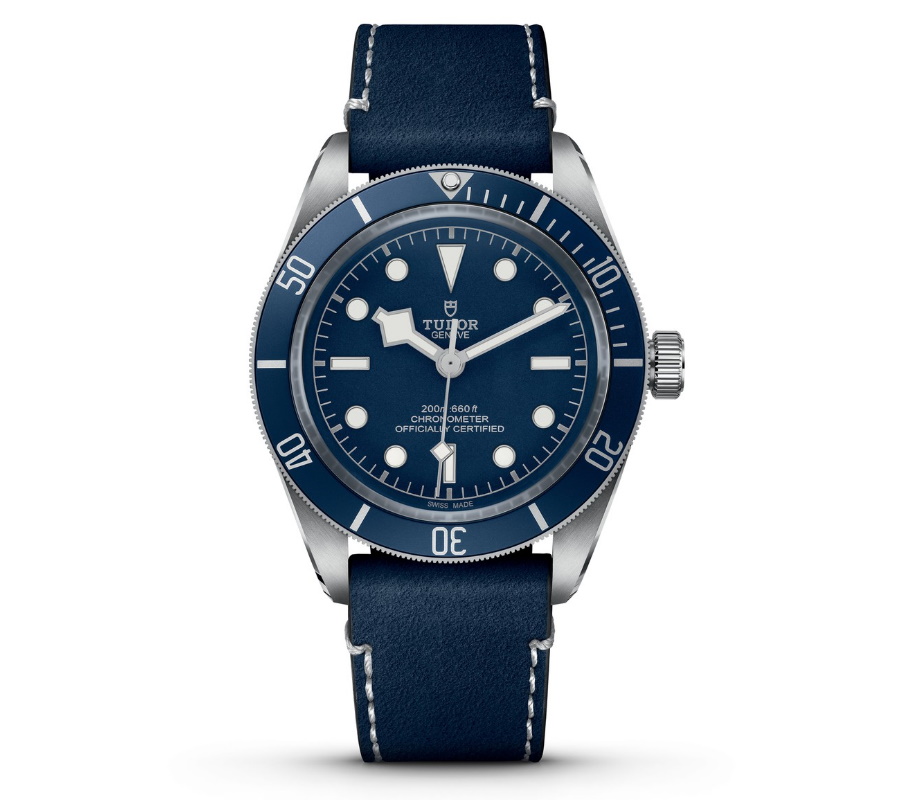 Navy blue is also the dominant colour of the optional fabric strap. Woven in France on 19th century Jacquard looms, the soft fabric strap is made from a synthetic material that resembles flannel.

The Tudor Black Bay Fifty-Eight in Navy Blue retails for $4,580 to $5,000 AUD, and you can learn more via the official Tudor website linked below. 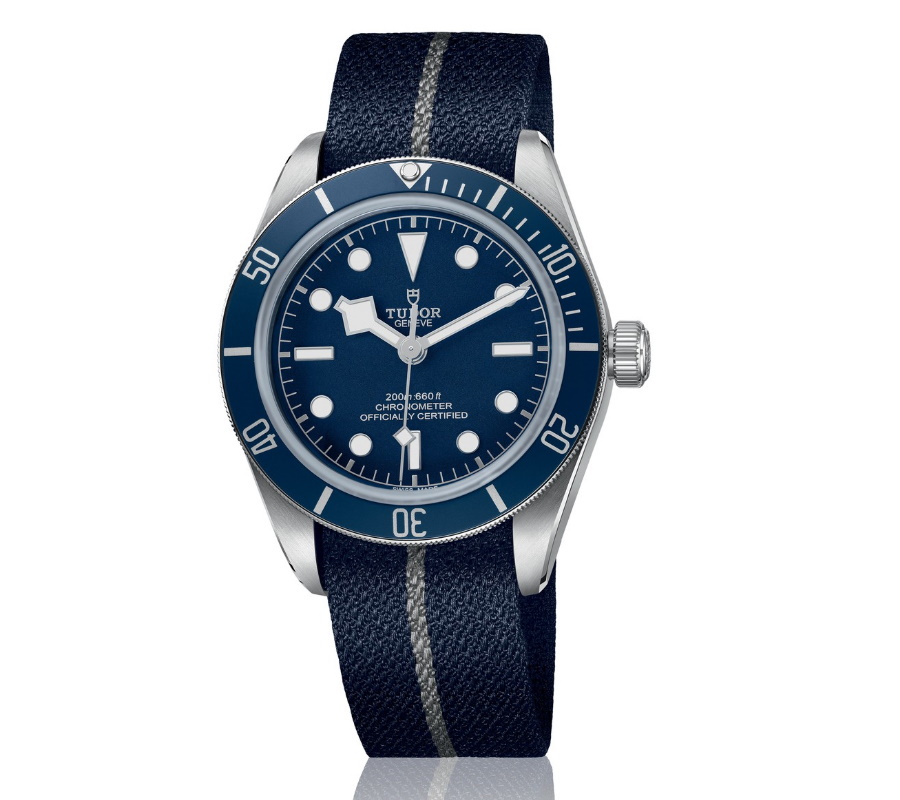 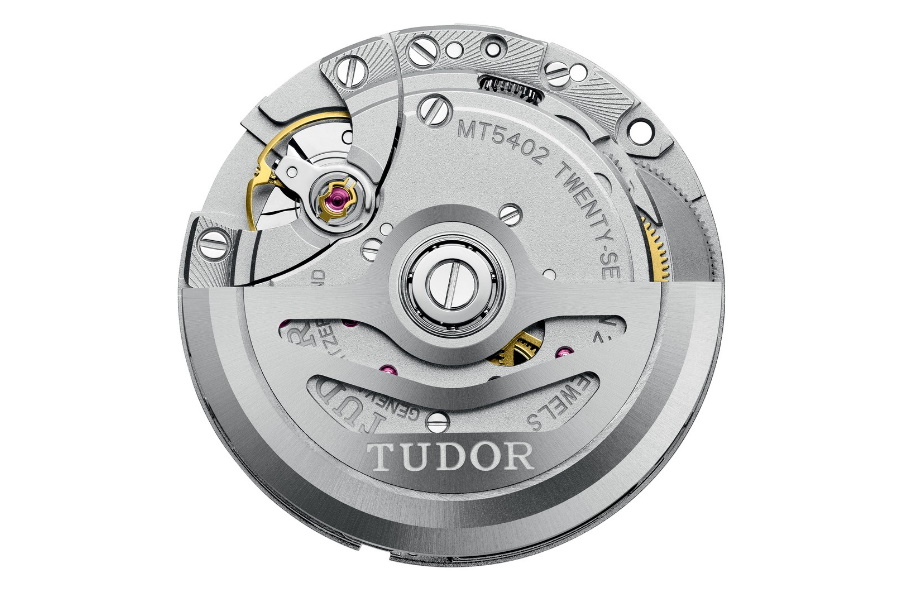