Once upon a time, nearly 150 years ago, a whiskey salesman named George T. Stagg crossed paths with bourbon legend (also known as the “Father of the Modern Bourbon Industry”), Colonel E.H. Taylor Jr. Together, these two gentlemen banded together to build the most iconic American distillery of the 19th Century. In fact, the distillery was so influential, it was one of only 4 distilleries that was granted permission to continue their operations during prohibition.

Today, the prestigious George T. Stagg name and heritage continues to live on through Buffalo Trace, the world’s most awarded distillery that is home to some of the best bourbons in the world, including Pappy Van Winkle, William Larue Weller, Eagle Rare, Sazerac Rye and of course the heart of it all, Buffalo Trace, pound for pound the best bourbon in its class. 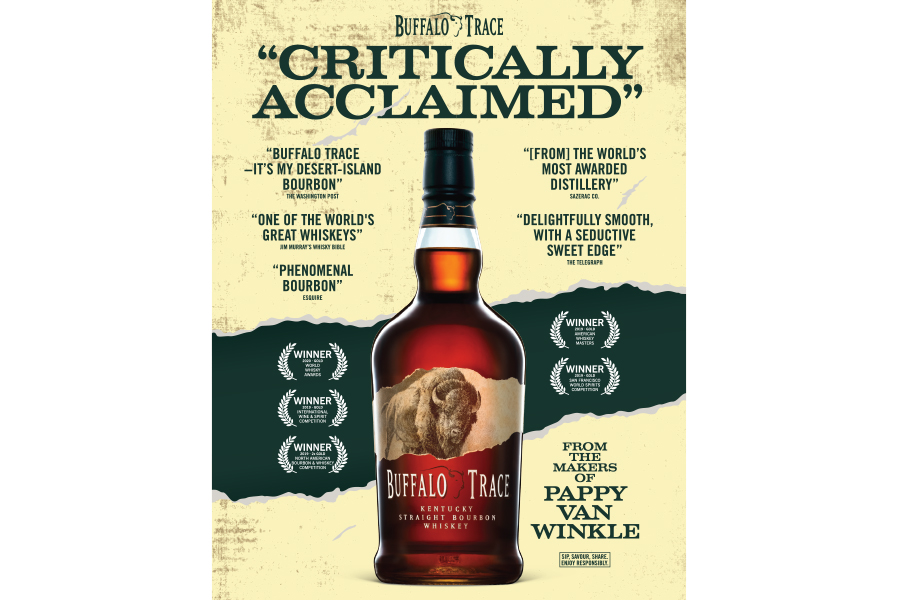 As one of only 5 offerings that now form part of the Buffalo Trace Antique Collection, George T. Stagg has become a rare and highly sought after dram that very few people get to experience in their lives.

History lesson aside, we come bearing some great news! We’ve managed to get our hands on a bottle of the 2019 release George T. Stagg 116.9 proof bourbon that retails for around $799 (that’s if you can actually find it), and instead of keeping it all to ourselves, we decided to share the joy by giving you a chance to WIN this award-winning drop. Now that’s love.

This particular uncut, unfiltered release was distilled in the Buffalo Trace Distillery in Franklin County, Kentucky in the Spring of 2004, and bottled at exactly 15 years and 3 months. Should you be lucky enough to try it, you can expect caramel, cherries and a hint of mint on the nose, vanilla and toasted oak with a floral undertone on the palate and a long finish of cherries, coffee and black pepper. Not only rich in flavour but rich in tradition as well.

For your chance to WIN this once in a lifetime prize, ENTER below.

To find out more about the Buffalo Trace Distillery, visit the “Check it out” link.