The New South Wales government has announced plans to reopen parts of the state, provided the region continues to trend upwards in its vaccination trajectory. Premier Gladys Berejiklian confirmed on Thursday that the trigger for reopening the state will be the Monday after 70 per cent of the population is double vaccinated. The proposed NSW ‘Roadmap to Freedom’ outlined that beyond that point every fully vaccinated resident and those with medical exemptions will have access to new freedoms, including gatherings at home, hospitality and retail shopping, gyms, travel and weddings. Turns out all New South Welshmen need to do to get back to the pub is raise that vaccination rate to 70% double dose. 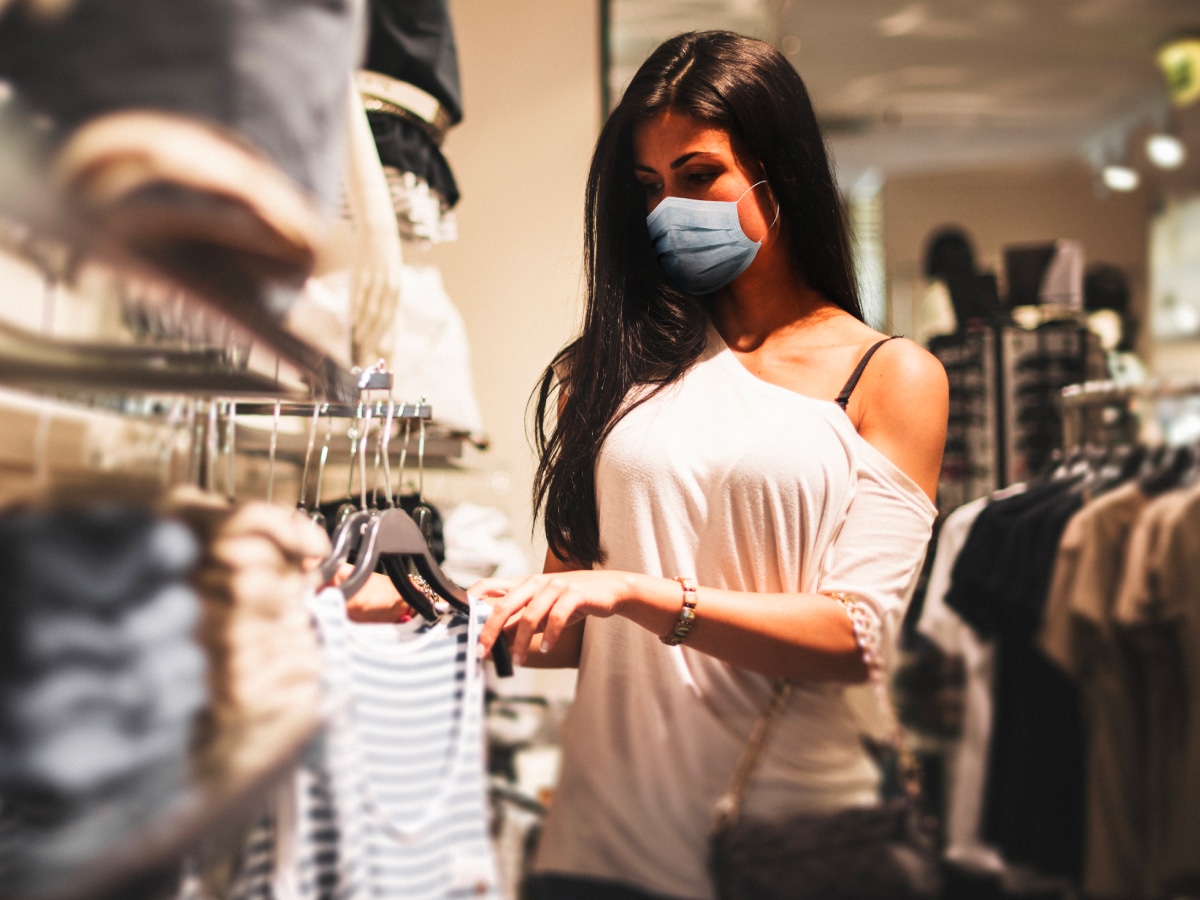 The release of the NSW Roadmap to Freedom comes as cases continue to rise across the state. On Thursday, NSW recorded 1405 new local COVID-19 cases, with five deaths, prompting criticism over the plan to reopen to flood through social media. Despite this, Premier Berejiklian confirmed that she expects COVID-19 case numbers to rise when the state starts to reopen.

“We’re not suggesting case numbers are going to go down at all during this period. When you reopen, you expect an increase in case numbers,” she said. “But if it’s in the vaccinated population, our health system won’t be troubled by that. But if it’s in the unvaccinated population, that’s when Health will give us advice to ease back and perhaps require people to go out, eat out locally, as opposed to having the freedom to move around the state.”

As explained, stay-at-home orders for adults who have received both doses of the COVID-19 vaccine will be lifted from the Monday after NSW passes the 70 per cent double vaccination target, under the roadmap to freedom. Only fully vaccinated people and those with medical exemptions will have access to the freedoms allowed under the Reopening NSW roadmap

“I cannot stress enough how important it is for people to get vaccinated – if you have not had both doses of the vaccine by the time we hit the 70 per cent milestone, you will not be able to take advantage of these freedoms,” Premier Berejiklian said.

While the government was reluctant to give a specific date for the new plan to take effect, it did confirm that NSW students will return to schools on October 25. Further, When NSW hits the 80 per cent double dose target, the government intends to open up further freedoms around international travel, community sport, major events and other areas.

Under the new NSW lockdown restrictions, gatherings will be allowed, albeit with some heavy safety measures in place. The biggest change was that at the 70% stage, you will be allowed visitors in your home, provided they are all vaccinated. Here are the new rules relating to gatherings:

Perhaps the biggest boost of the Roadmap to Freedom for Sydneysiders was the return of retail and hospitality. Based on the vaccination trajectory that New South Wales is currently on, many analysts are projecting that we will see pubs open as early as October, however it does rely on the elderly and young people greatly increasing their adoption. Here is what happens at 70% double dose:

NSW Treasurer Dominic Perrottet said the easing of restrictions would help struggling businesses and workers get their lives back on track, safely.

“This roadmap gives us the light at the end of the tunnel we all want and will enable our economy to start firing again, driving our state back to prosperity,” Mr Perrottet said. For hairdressers, nail salons and other personal services, the NSW Roadmap to Freedom also outlined a path out. According to the government, this service will be able to reopen for the first time since the lockdown began, boosting a deeply impacted group of workers.

At long last, gyms will reopen. While big-box gyms that operate with high capacity, the new rules won’t be overly lucrative, however, the ball will slowly get rolling. For more boutique operations, it will effectively be a return to some form of normality. Here are the rules around gyms:

It’s a little late for the footy finals, but NSW revealed stadiums and major outdoor recreational facilities are set to return in the near future. Here’s what you can expect:

Weddings, Funerals and Places of Worship

Weddings are set to rise in capacity numbers once the 70% vaccination rate is met, with numbers now boosted to 50 guests. Additionally, dancing will be permitted, however, eating and drinking will be limited to sitting only.

The big news is that travel is reportedly back on the cards. Premier Berejiklian announced that domestic travel across the state will be permitted with holiday parks reopening to the fully-vaccinated public.

That being said, the premier did say that international travel was not a priority and that she was uncertain if other states would open their borders at a similar stage.

“The plan says that the nation has to reach that amount before any consideration is given to internal borders…I have every confidence that by the time New South Wales gets to 80 per cent double dose, and I don’t think too many states will be too far behind, that we will then, at that stage, not be having any internal borders in Australia, and our eye will be towards international travel as well. I want to make that point clear. I don’t want anyone to think all the states will open their borders to us at 70 per cent double dose. We can relieve the pressure on our citizens because we have maintained the vaccination rates.”

The rules around work have been slightly eased, however, many of the existing recommendations will stay in place. These include:

The NSW Government did confirm that masks will remain mandatory for all indoor public venues, including public transport, front-of-house hospitality, retail and business premises, on planes and at airports. Only hospitality staff will be required to wear a mask when outdoors, while children aged under 12 will not need to wear a mask indoors 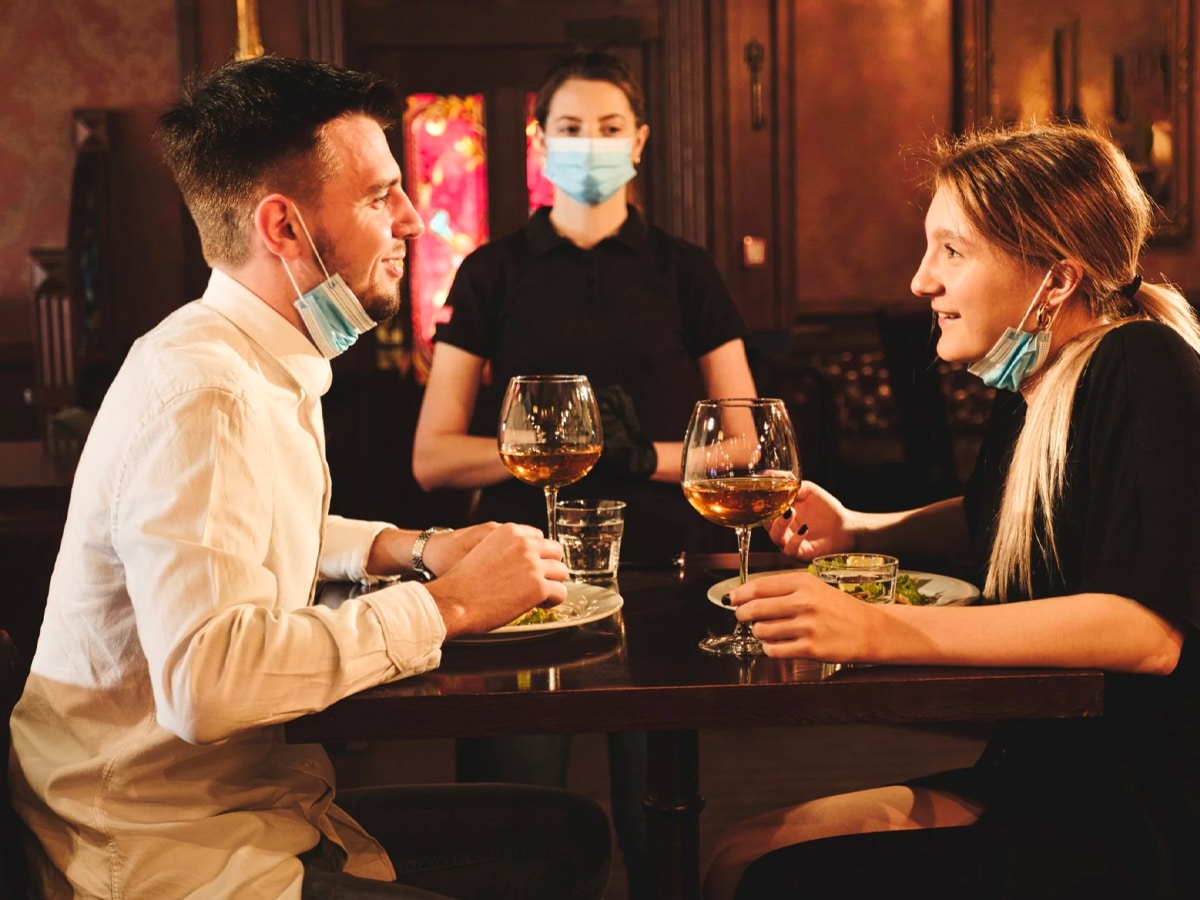 The good news for regional NSW areas is that many will be able to reopen as of Saturday. According to the Premier, these are the areas thqt have been deemed low risk and which have seen zero COVID-19 cases for at least 14 days. As a result, they will emerge from lockdown at 12:01am Saturday 11 September, but will continue to operate under restrictions to ensure the safety of regional communities. For several other regional areas, however, the lockdown will continue in line with Metropolitan Sydney.

Stay-at-home orders will remain in place in the following LGAs:

Deputy Premier John Barilaro said the NSW Government has worked with industry to design the new road map, which he claimed was NSW’s biggest incentive to get vaccinated.

“Our roadmap outlines the freedoms that twice vaccinated people will enjoy once we reach 70 per cent double dose which means a meal with loved ones or a drink with friends is just around the corner,” Mr Barilaro said.

For more information on the new Roadmap to Freedom and to stay up to date with the latest developments in NSW, visit the official NSW Government website.

When will New South Wales get out of lockdown?

While there is no hard timeline on when lockdown will end for NSW, the government has confirmed that new freedoms will be enacted on the following Monday after state reports a 70% fully-vaccinated rate.

Will I still have to wear a mask?

Under the NSW Government'ss Roadmap to Freedom, masks will remain mandatory for all indoor venues, including public transport, front-of-house hospitality, retail and business premises, on planes and airports. Only hospitality staff will be required to wear a maskwhen outdoors.

When are pubs opening in Sydney?

Under the NSW Government's Roadmap to Freedom, pubs are set to reopen under restrictions on the following Monday after state reports a 70% fully-vaccinated rate. Hospitality venues can reopen subject to 4sqm inside and one person per 2sqm outside with standing while drinking permitted outside.