Dan Bilzerian has sent his army of fratboys and crypto-bros into a spin this week, after he posted a cryptic photo that seems to imply he’s officially tied the knot. In the post, which was shared to his 32.9 million Instagram followers, Bilzerian can be seen dressed to the nines in a stunning all-black tuxedo, linked arm in arm with a beautiful partner clutching a bouquet of white flowers. Adding fuel to the fire, Bilzerian captioned the picture “I finally did it”, suggesting the poker playing, cigar smoking, marijuana growing entrepreneur has finally ditched his playboy person for good. Or has he?

While the internet was quick to jump on the admiration train, throwing out a swathe of congratulatory messages and hearts, it doesn’t take a genius to figure out there’s probably something deeper at play. Bilzerian is widely known to be a troll, taking great pleasure in having a bit of fun with his enormous social following. Just a few months back, the Ignite CEO and founder posted a picture of him playing tennis with a gigantic racquet simply with the caption “Don’t take yourself too seriously”, while back in 2016, he famously referenced his ‘chicken legs’. Over the years, he’s been no stranger to trolling critics with a trademark I-don’t-give-a-f*ck attitude, making us think the Dan Bilzerian wedding picture is just another off-the-cuff post from the social media mega-star.

Taking a closer look at the recent post, which aside from a simple French Riviera geo-tag was practically devoid of any context, you start to pull apart the rumours. First off, his partner arrives in a sage green dress, a popular option for bridesmaids. Sure, the notion of wearing all-white is rather dated and traditionalist, but it’s still commonplace and this image would suggest his partner isn’t necessarily the blushing bride-to-be.

Also, it goes directly against statements the 41-year-old son of corporate takeover specialist, Paul Bilzerian has previously made. Over the years, Bilzerian’s lavish Instagram lifestyle has been characterised by thousands of gorgeous women, endless parties and high-rolling endeavours, making him the ultimate embodiment of every teenage boy’s fantasy. While most of us tend to grow out of that phase, the 41-year-old with the affinity for guns has leaned into it, with a 2014 post confirming he was firmly anti-marriage.

“If you are thinking about getting married, just remember, one vagina for the rest of your life… Not smart”.

Turly inspiring stuff from the social-media Socrates, but he wasn’t done there. In 2015, he doubled down with a post captioned “Marriage; ruining lives since Adam and Eve”, but perhaps the tide is turning for Bilzerian. Over the years, the celebrity playboy has been photographed with any number of beautiful women, however, recent reports have suggested Bilzerian was recently romantically linked to Sofia Bevarly, a social media influencer herself. Importantly, Bevarly is not the woman in the supposed Dan Bilzerian wedding picture, leading many to believe that the happy snap is far from a confirmation of nuptials. That being said, both Bilzerian and the mystery woman do appear to be wearing rings on their left hands, which is the general symbol for marriage. 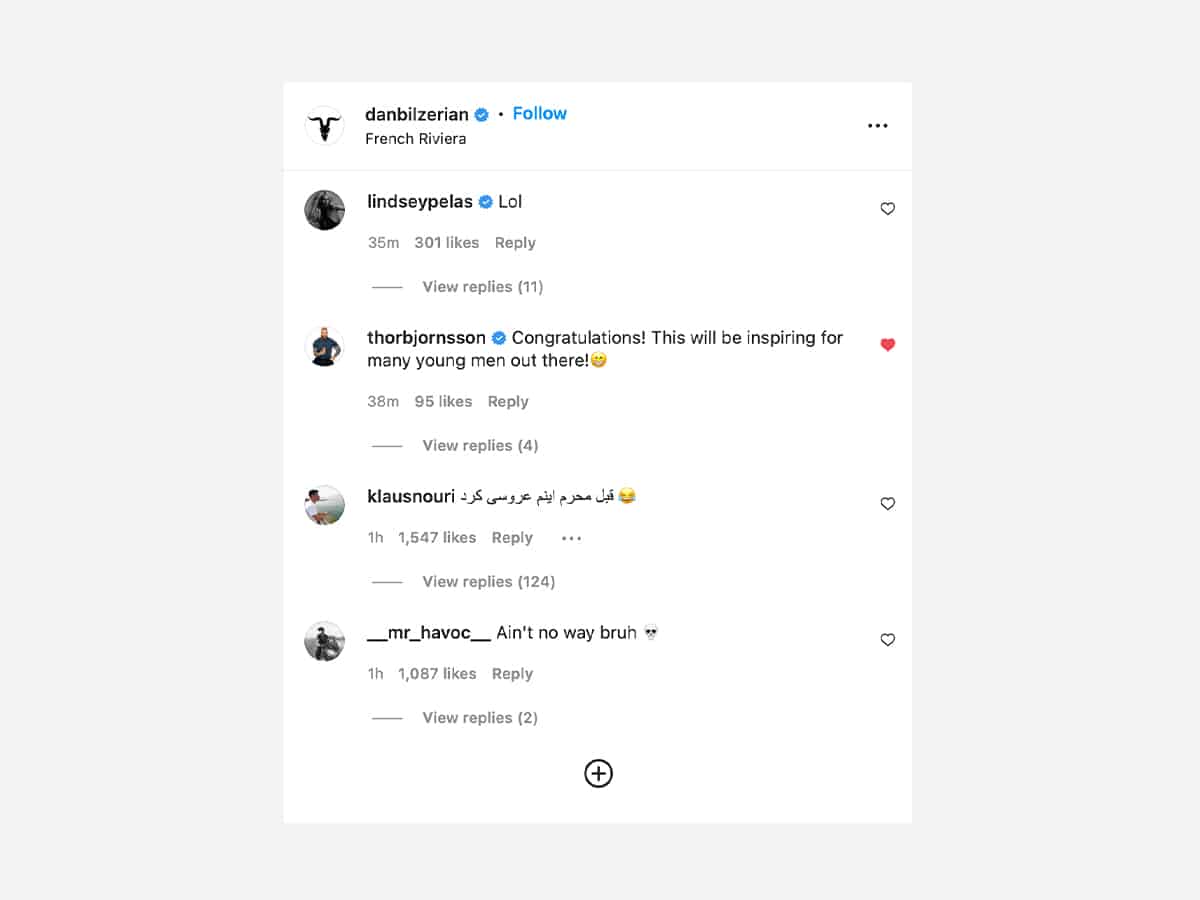 While celebrity weddings don’t usually catch our eye, it was hard not to be surprised by Dan Bilzerian’s marriage story. The flashy non-monogamous social media star seems like the very last person to tie the knot and the internet shared our insane level of confusion. “Fake news!” one follower wrote under the post, while another commented ‘Ain’t no way bruh,”. Perhaps the strangest response came from Game of Thrones star, former world’s strongest man and one-time Dan Bilzerian training partner, Thor Björnsson who wrote “Congratulations! This will be inspiring for many young men out there!”.

Needless to say, the internet is clearly divided on whether the Dan Bilzerian wedding rumours are true and if the playboy really has left his old life behind. From our perspective, it seems highly unlikely that the Ignite entrepreneur is willing to give up what has for so long been his identity. Marriage just seems out of the question for Dan Bilzerian, but then again, maybe a leopard can change his stripes? Don’t bank on it though.

Want to know more about what Dan Bilzerian has been up to recently? Check out more of our content on the man himself below.

On July 25, 2022, Dan Bilzerian posted an image on instagram that appears to show him linked arm0-in-arm with a new bride. The social media star captioned the post - I finally did it, however, speculation has suggested the two aren't officially linked.

How did Dan Bilzerian become rich?

Dan Bilzerian first made his name when he entered the 2009 World Series Poker Event, finishing in 180th place. According to Bilzerian, he won over $10 million in a single private poker game and over $50 million in a single year of playing high-profile games. Bilzerian is the son of esteemed corporate takeover specialist Paul Bilzerian. 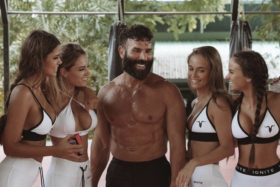 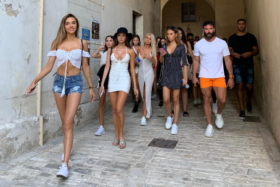