Love ginger beer but also looking for something with a bit of bite? If you’re in need of that extra buzz, there are plenty of delicious alcoholic ginger beers that will help get you there. Ginger beer is an essential beverage for top-quality cocktails and plenty of mixed drink varieties, as well as a primo standalone beverage. It’s also perfect for the gluten-free among us or for those looking to get their extra immunity-boosting ginger intake for the week if you want to look at it that way. The natural ginger flavours and ice-cold refreshingness make it the perfect addition to your summer drink menu. 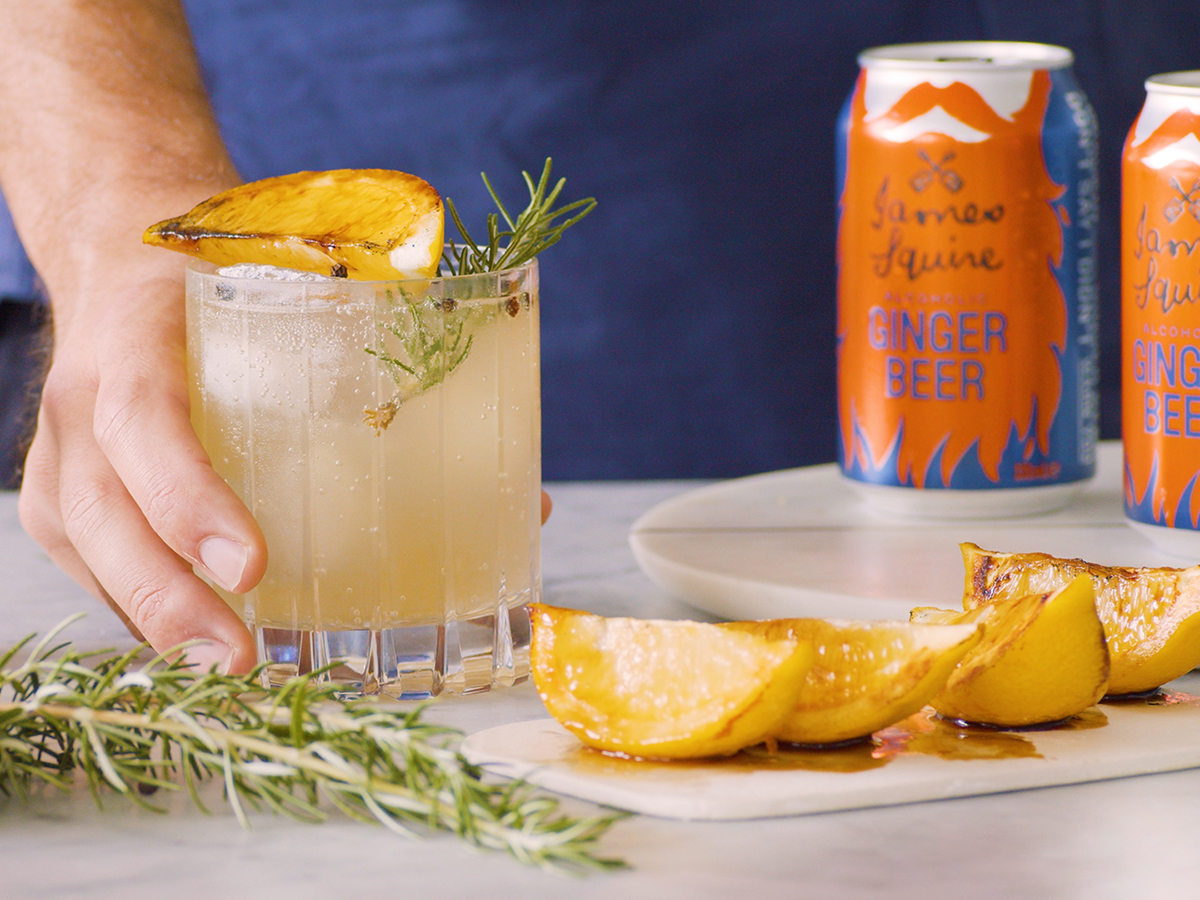 Before we dig in, where does ginger beer come from? And how did it come to be the great beverage we know today? Ginger beer, like most things, originated in England, in the 1700s in Yorkshire, to be precise. This was the time of the colonial spice trade. The drink was originally made by mixing ginger, sugar water and sometimes, lemon or cream of tarter, together and leaving it to sit and ferment. So, it was never actually an alcoholic beer, but the way it was made was very similar to beer. The bacteria and yeast that make up the fermented solids of the ginger beer are called the ginger beer ‘plant’, also referred to as a SCOBY. One thing to remember is that ginger beer is not to be confused with ginger ale! Ginger Ale is a sweet soda flavoured with ginger extract, while Ginger Beer is a drier, fermented beverage containing real ginger root and probiotics. 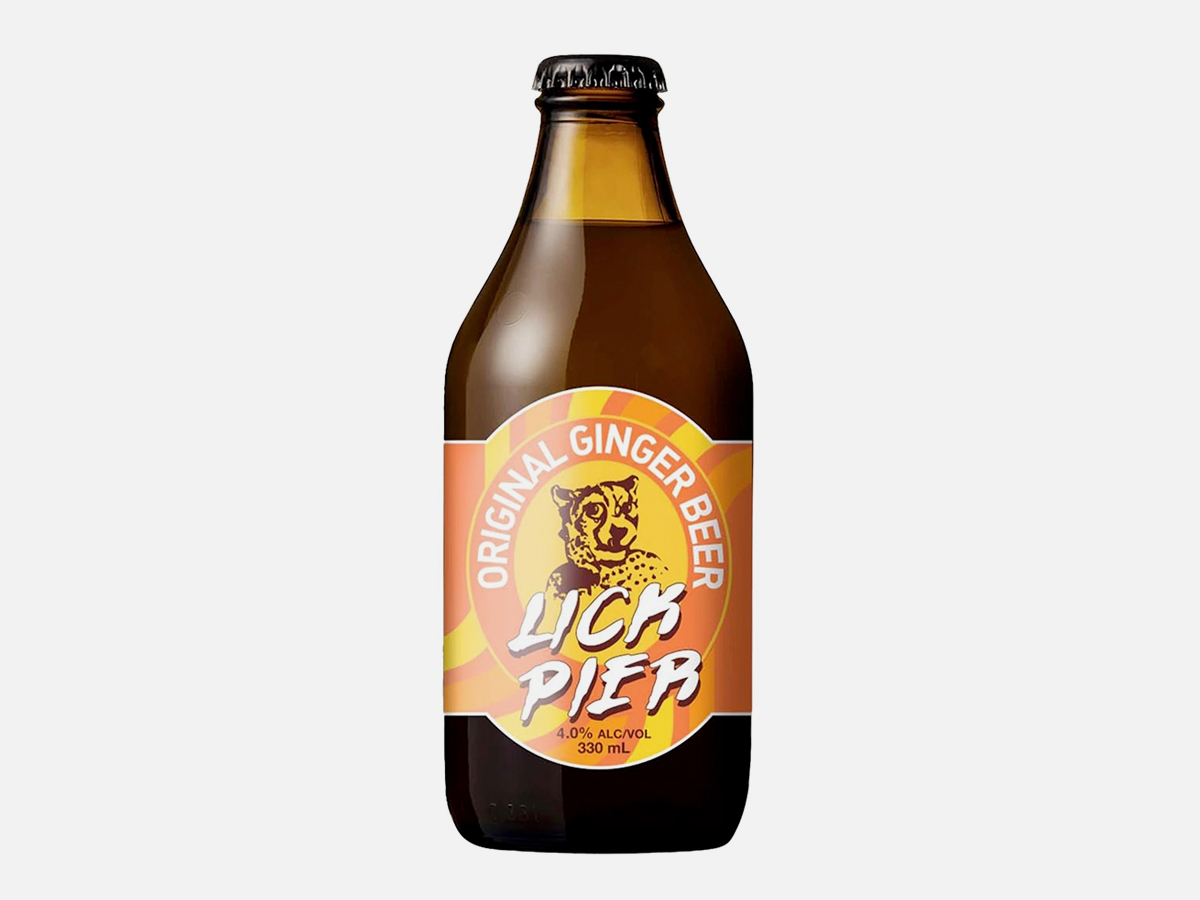 If you haven’t heard of Lick Pier Ginger Beer, you’re not alone, but we can guarantee you it’s worth a try! Heralding from the East 9th Brewing Company, this refreshingly dry Ginger Beer is known for its spicy and dry notes. Whilst it’s not made in the traditional way, you wouldn’t know- it tastes just like the real deal! 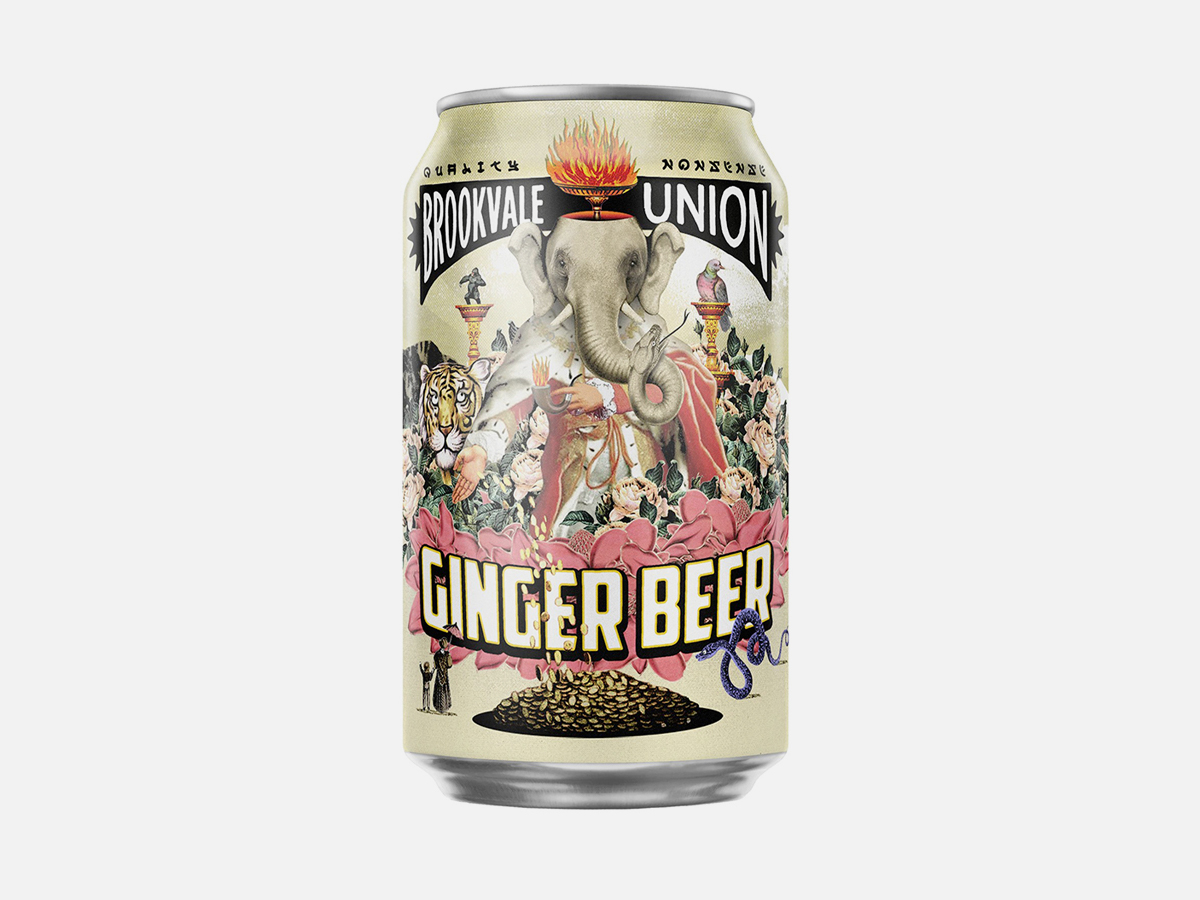 For one of the best alcoholic ginger beers when you’re looking for a spice kick, Brookvale Union has you covered. We doubt you haven’t seen this drink around; its iconic bright, colourful can taking over billboards and pub tables alike. Luckily, it has the taste to back up the hype- made from Australian ginger with real ginger cream and natural base products used to create a great tasting, refreshing beverage. 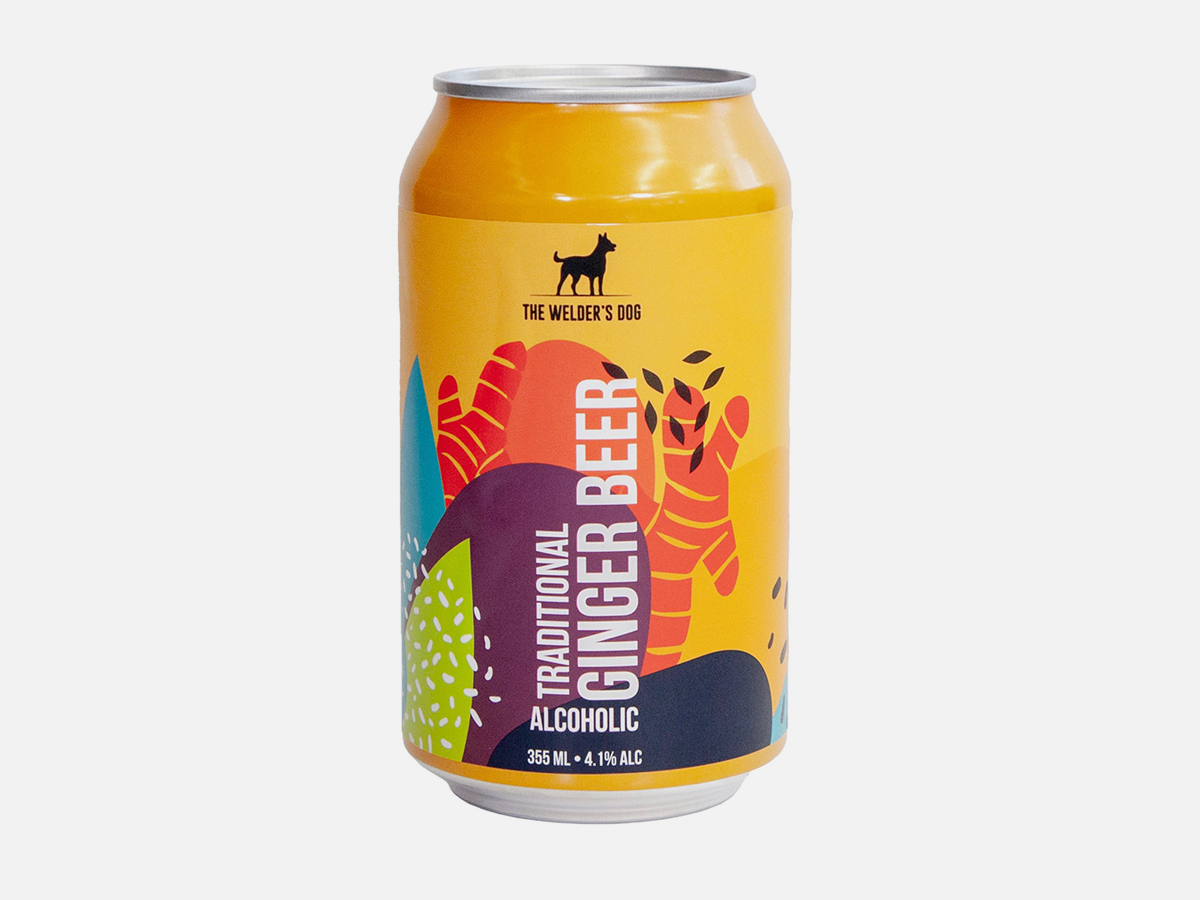 Next on the list is this delicious ginger beer from up and coming brewery, The Welders Dog. The beer is traditionally brewed, and you can taste it! The ginger kick is sure to provide the extra spice you need for your night or arvo. And, bonus- this drink is also gluten-free! 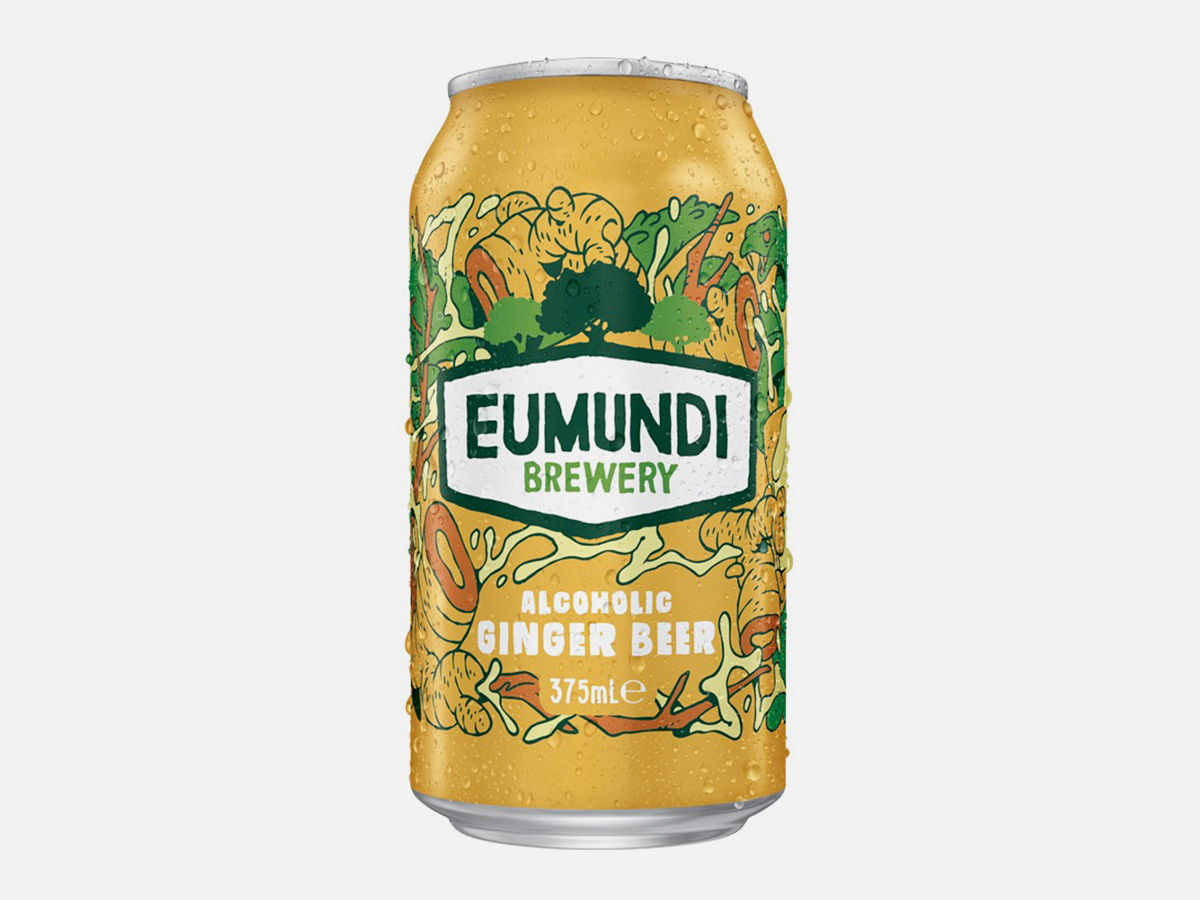 Eumundi has one of the best alcoholic ginger beers on the market right now. Another small-scale brewery with an impressive selection of speciality beers, their ginger beer sells for $20 for 4. It is sweet, balanced with a pleasant finish that delicately lingers with that delicious burn ginger is known for. 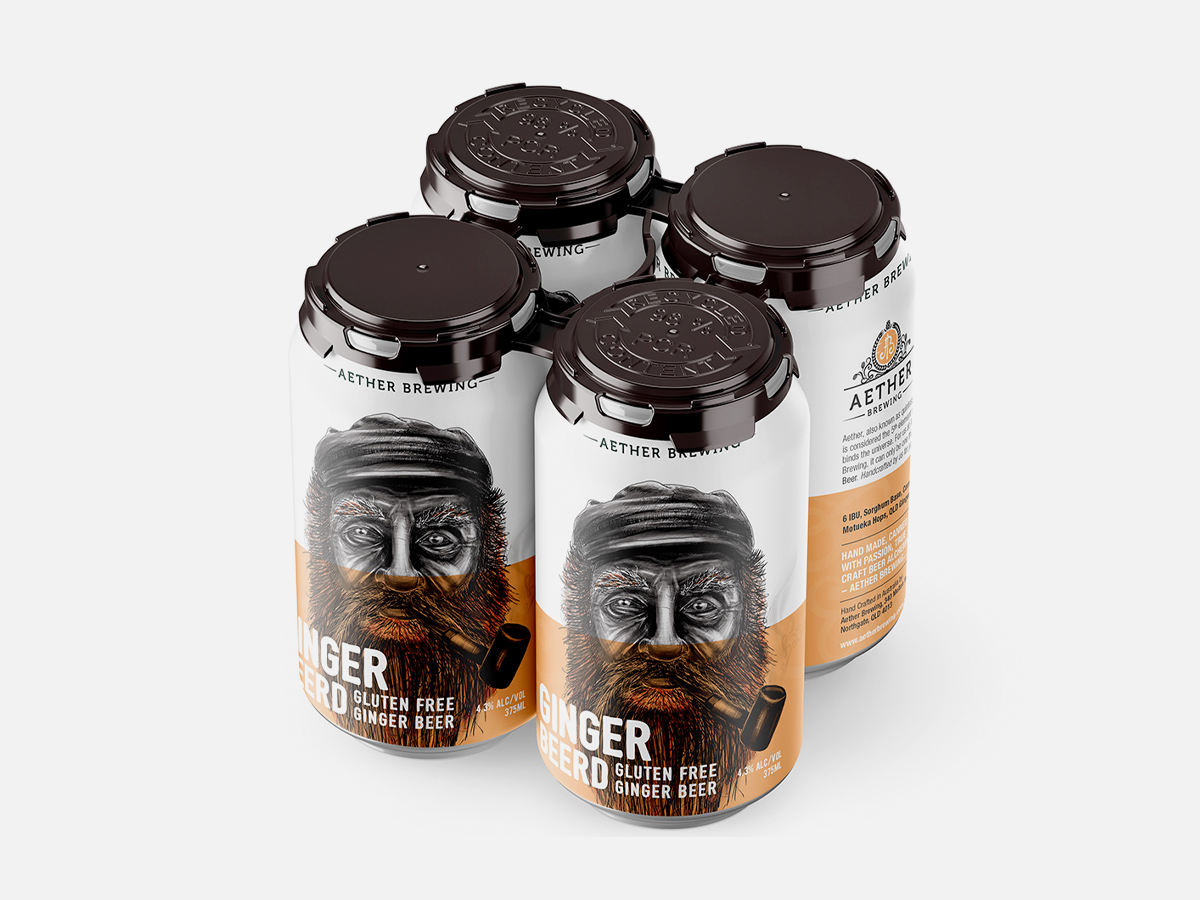 Aether has done it again with their take on the classic ginger beer. Their Ginger Beer’d cans are full of the good stuff- a traditionally brewed and fermented gluten-free ginger beer made from corn, ginger beer mother and plenty of fresh Queensland ginger. Expect a somewhat sweet, fresh, gingery flavour that leaves a spicy and clean aftertaste. 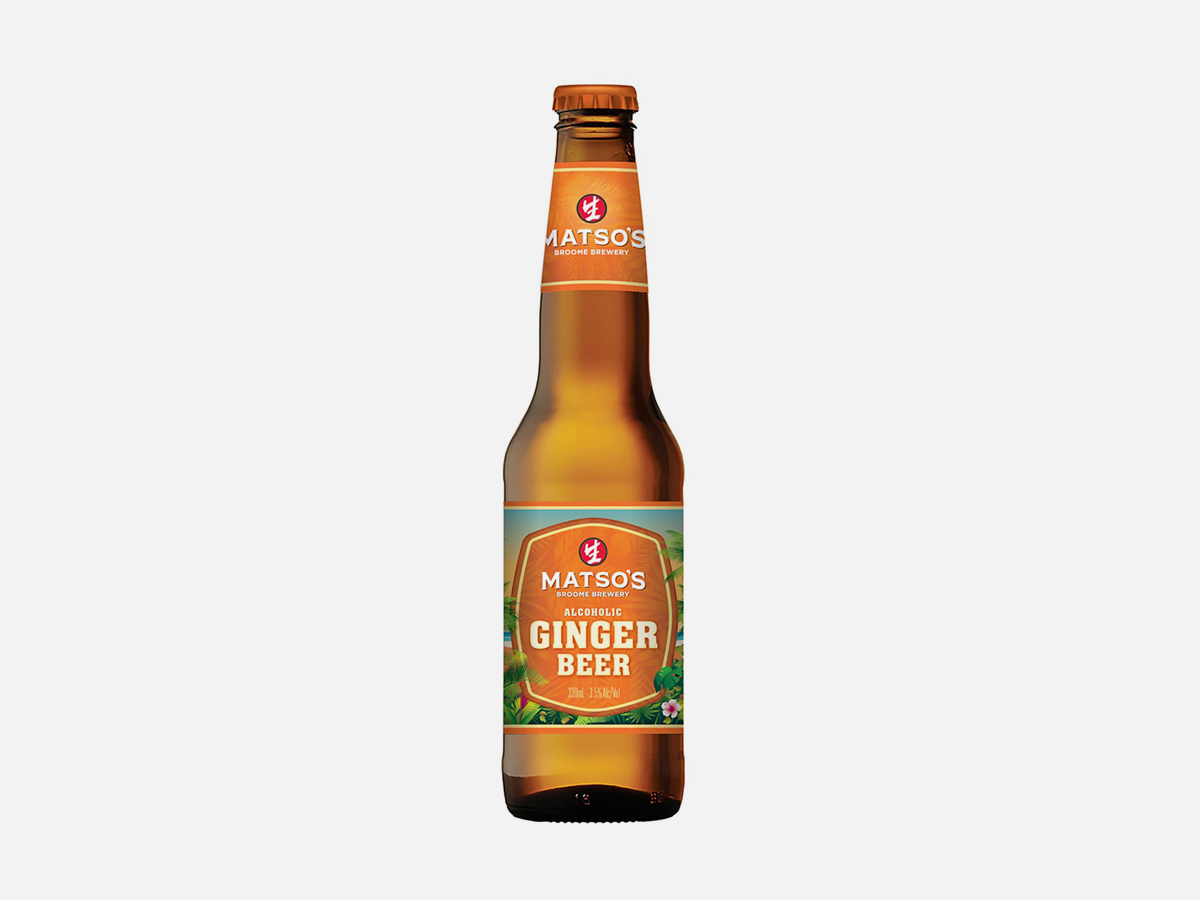 For one of the best alcoholic ginger beers, try Masto’s Ginger Beer. The iconic Western Australia brewery offers one of the most simple and refreshing beverages with their ginger beer. The beer encapsulates the pungent flavours of ginger combined with just the right amount of sweetness- delicious! 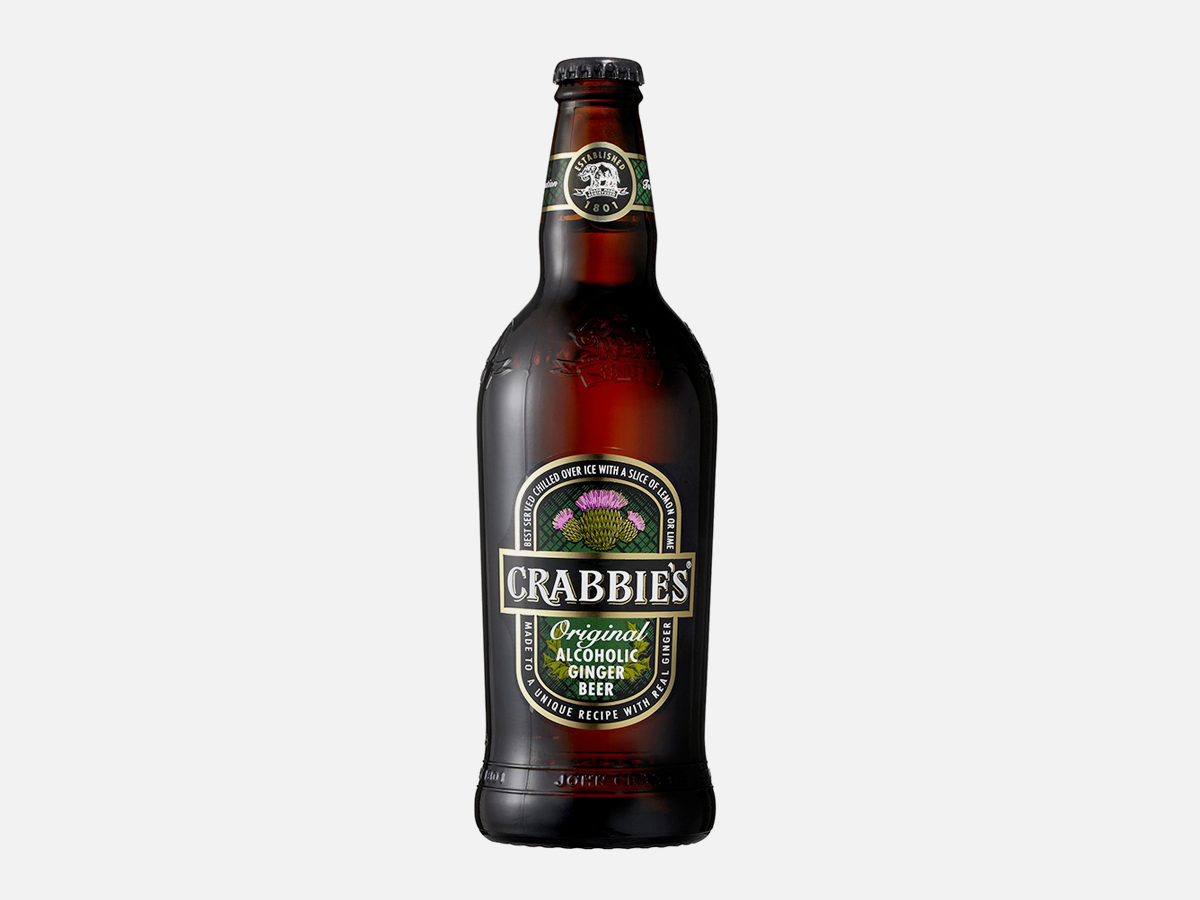 Perfect for a hot summers day, Crabbie’s knows what’s up when it comes to ginger beer. Available in a 330mL bottle, they also know what ginger beer lovers need- lots of it! The established brewery prides itself on its refreshing ginger beer- made with four secret ingredients blended with steeped ginger to create the infamous beer Australians love. 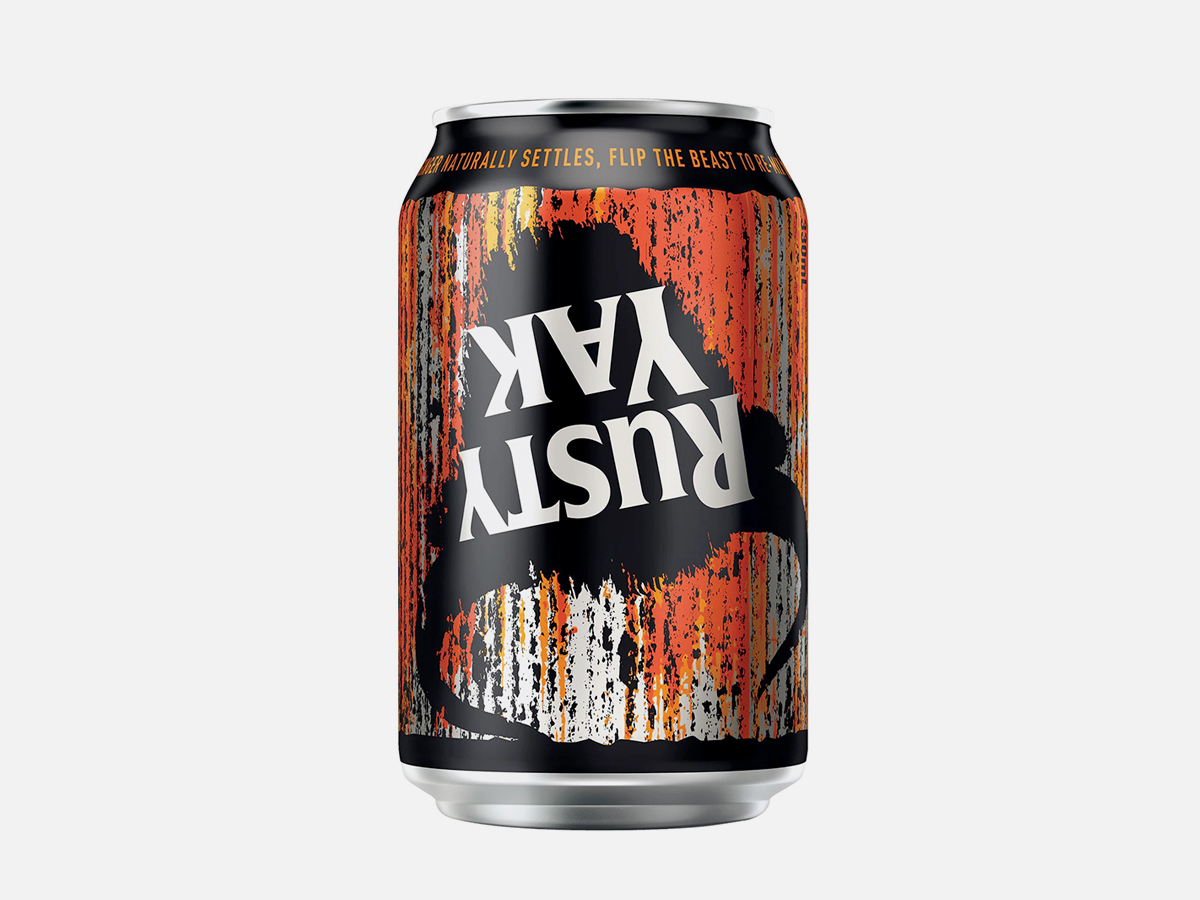 Haven’t heard of the Rusty Yak Ginger Beer? Well, now’s your time to head to the bottle shop and give it a crack- you won’t regret it! The beverage is made in the traditional style using ginger spice and sugar. What follows is an earthy ginger taste with refreshing zesty flavours to balance it out. This one could easily pass as a cocktail in itself! One of the best alcoholic ginger beers to get your hands on right now is this delicious mixed drink from Buderim. Ginger beer mixed with vodka couldn’t be done any better; the cloudy natural sentiment and fresh ginger taste complimented by the smooth flavours of vodka is truly a match made in heaven. A timeless cocktail, now in a bottle for you to enjoy whenever you please. Expertly managing to achieve the perfect balance between spicy and mild, Ginger Resistance are experts at all their is to know about ginger. Their diligence to the craft shows in the unique flavour of their beer, a great-tasting and earthy ginger beer made with Australian-grown ginger that is as refreshing as ever. 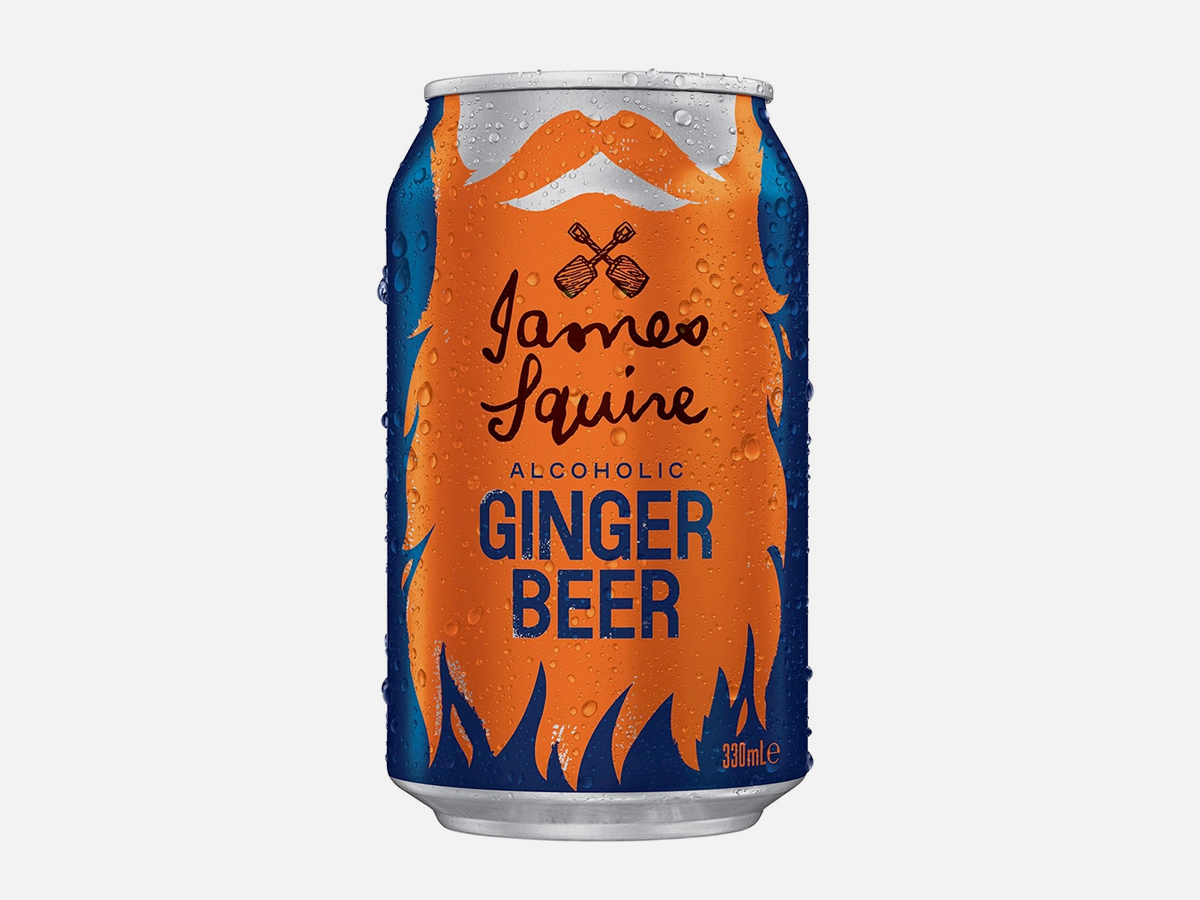 No round-up of the best beers would be complete without an appearance from iconic brewery James Squire. Their alcoholic ginger beer is made with Australian ginger and is lightly spiced for you to enjoy. With so many great-tasting beers on offer, you may have tried all of them- all the more reason to try their ginger beer, a perfect and boldly refreshing alternative for when you don’t feel like a beer. 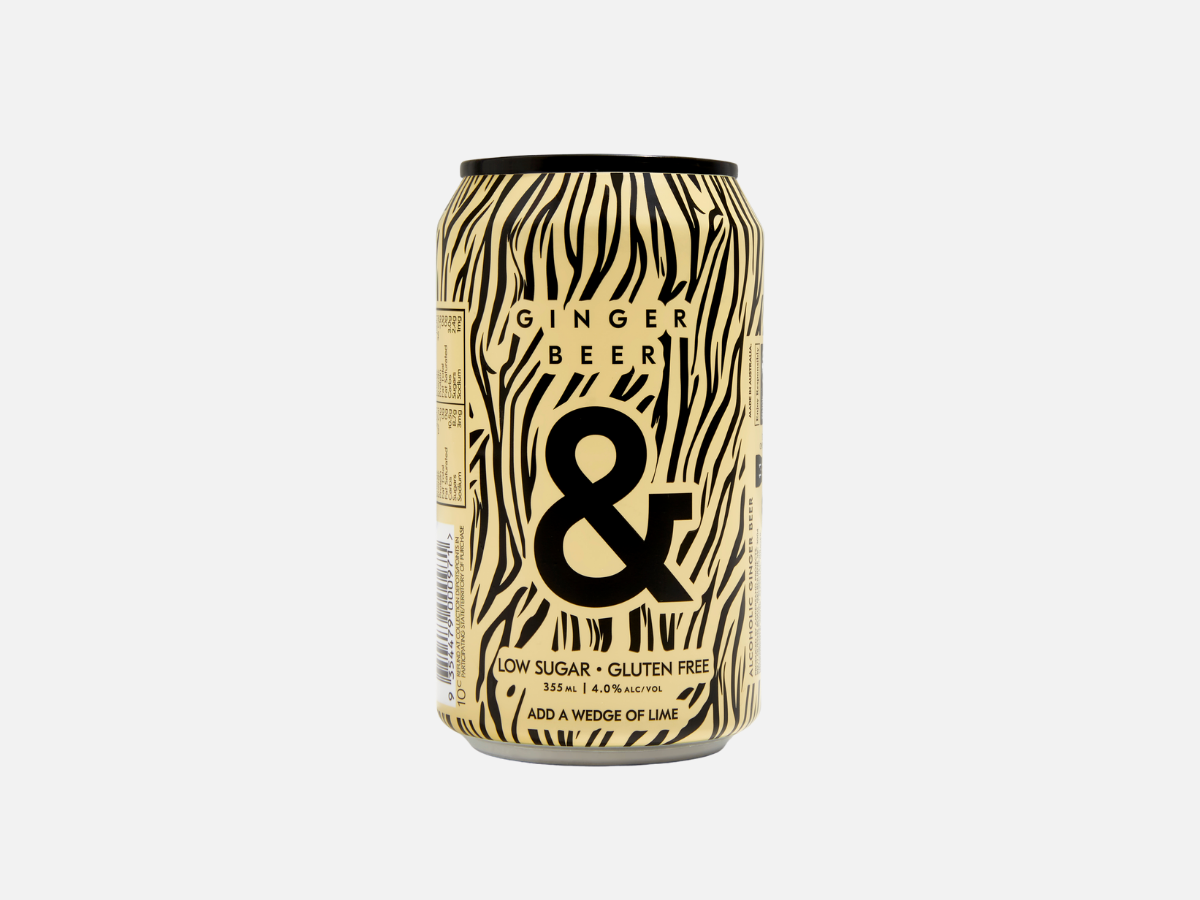 While the majority of alcoholic ginger beers on the market consider themselves anything but healthy, Ampersand Projects touts a health-conscience alternative packing just 2.5g of sugar per 100ml. This is the perfect choice for those embarking on a health kick and while it mightn’t top our list in outright flavour (we recommend adding a wedge of lime) it’s a playful extension of their existing brand and we’ll never be the ones to turn down a healthier option. Session-able minus the heartburn with plenty of ginger and a light finish.

Fermentation is the process that makes ginger beer alcoholic.

What is the best tasting alcoholic Ginger Beer?

The best tasting alcoholic ginger beer are the ones made with natural ginger, like Brookvale Union Ginger Beer and Masto's Ginger Beer.