To say that beer is a big deal in Germany is the understatement of the millennium. Thanks in part to the annual Oktoberfest celebrations that overflow with the stuff all over the world, it’s something Germany is internationally renowned for as well as being a major part of the country’s cultural identity. While there are other European countries (like Czechia and Belgium) that are also well-known for their brewing prowess, none have the cultural cachet of Germany. That’s why we decided to pick 10 of the best German beers to drink right now. We selected a mix of different styles and flavours, but each encapsulates the proud brewing history of the central European country.

How Man of Many Chose the Best German Beers

To arrive at this list of products, the Man of Many team went through hours of rigorous testing, implementation and analysis before culling it down to the very best. In addition to tasting every beer on this list, we also turned to the wider public for their overall ratings. Our list takes into account three major perspectives to determine the overall rating. In addition to our own opinions, we take into account reviews via alcohol retailer Dan Murphys and the Australian drinks forums such as Master of Malt and Beer Cartel. Each German beer identified in the list was measured on:

Now we’ve rounded up our favourites, let’s check out the full list. Fear not, you don’t have to go looking for these affordable gems on your own. We did the work for you. Here is a list of the best German beers to drink this year. 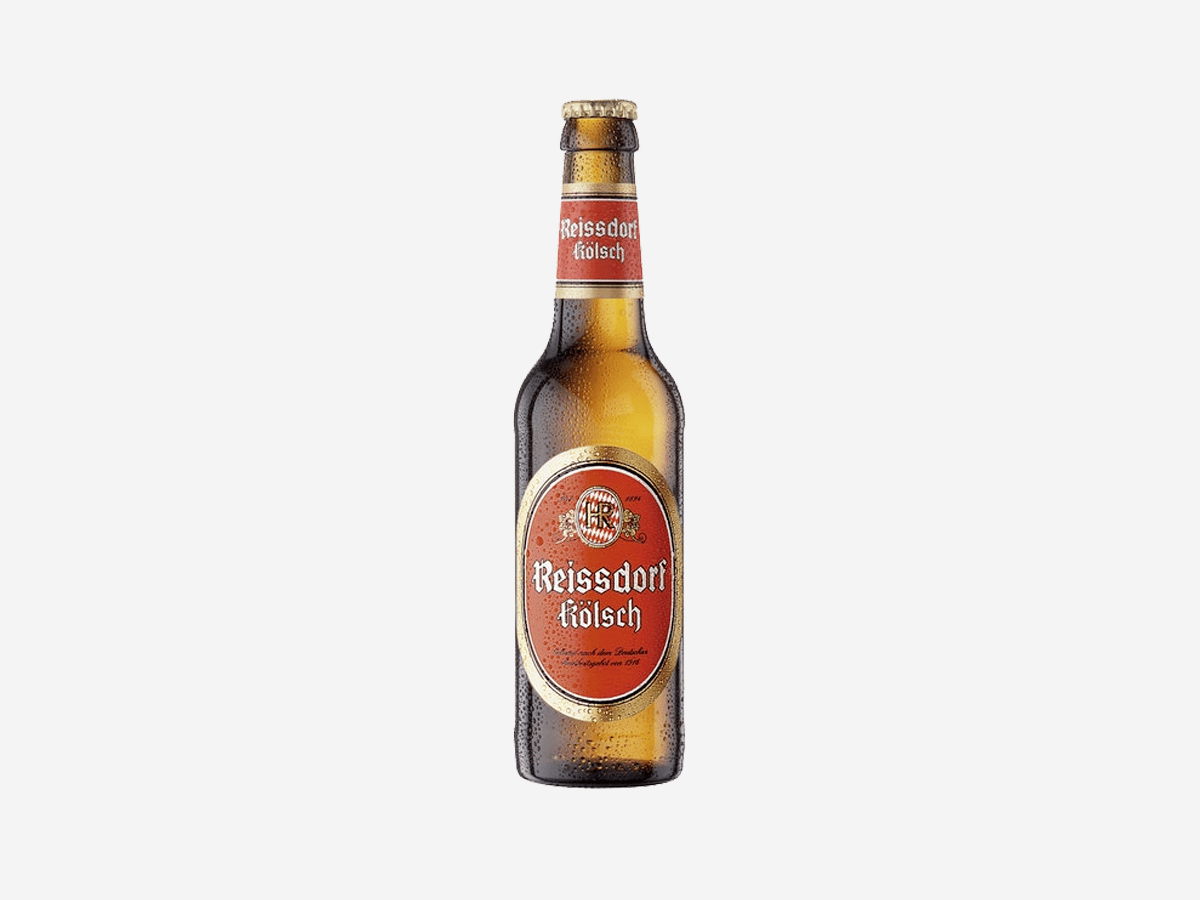 While the Czechia city of Pilsen is known as the birthplace of the wildly popular pilsner beer style, Germany (and Cologne in particular) is the birthplace of the crisp, easy-drinking Kölsch. And, in our opinion, one of the best available is the iconic Reissdorf Kölsch. This popular beer begins with a nose of freshly baked bread and ripe fruit before evolving into a palate of white grapes, bready malts, and lightly floral, earthy hops. It’s crisp, light, and always refreshing. One sip and it will find a permanent home in your refrigerator. If you’re not an avid German beer drinker, you might not know what a Schwarzbier is. In technical terms, a Schwarzbier is a dark lager with roasted malt and sometimes a slightly memorable smoky flavour. This bottom-fermented dark beer is one of the most popular in Germany because of its flavour profile of freshly brewed coffee, dark chocolate, and roasted malts. It’s the bold, robust, warming beer you need on an unseasonably cool evening. 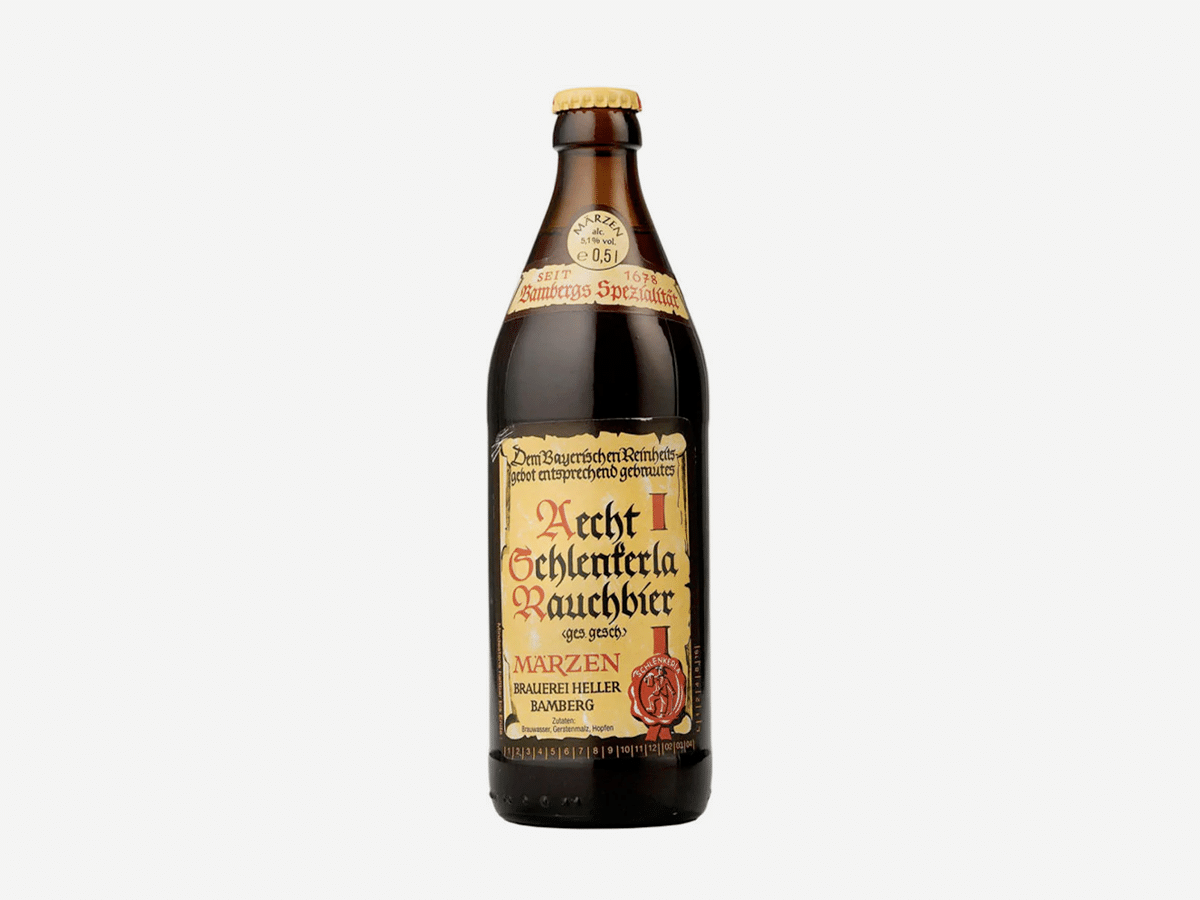 For the uninitiated, rauchbiers are dark lagers known for their robust smoky flavour thanks to being brewed with smoked malt. By far the most popular readily available rauchbier is Aecht Schlenkerla Rauchbier. Brewed for centuries in Bamberg, Germany Aecht Schlenkerla Rauchbier gets its roasted malt, treacle, caramel, brown bread, chocolate, and unique smoky flavour from the addition of barley malts that were smoked over beech wood. It’s a totally unique beer that needs to be sipped to be fully believed. 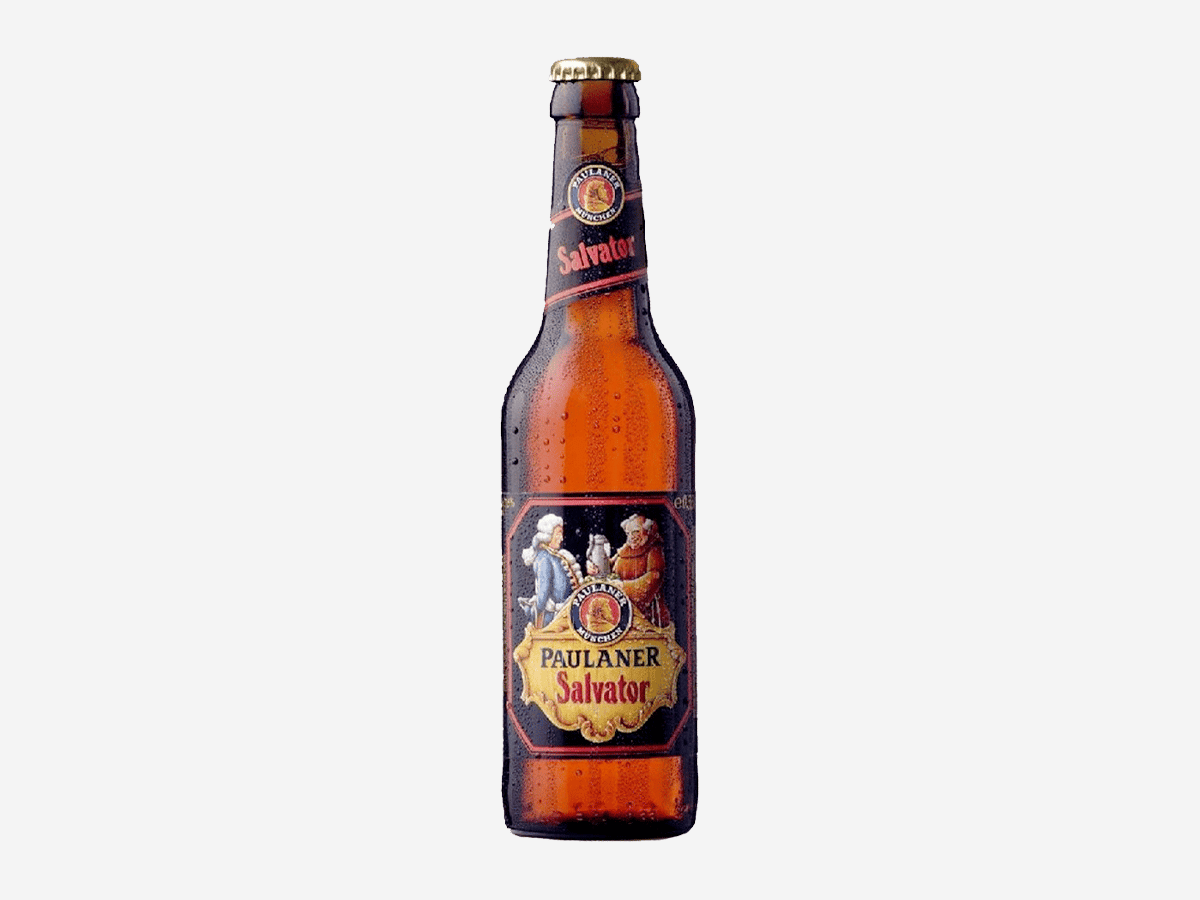 Popular among German beer fans, Paulaner Salvator is referred to it as “the father of all strong beers”. Brewed for more than 375 years, this bottom-fermented double bock is made with Pilsner malt and Munich malt. It gets its floral flavour from the addition of Herkules and Hallertauer Tradition hops. The result is a bold, highly complex beer with flavours of brown bread, raisins, candied nuts, toasted malts, molasses candy, and lightly floral, herbal hops that tie everything together in a neat, tidy package. 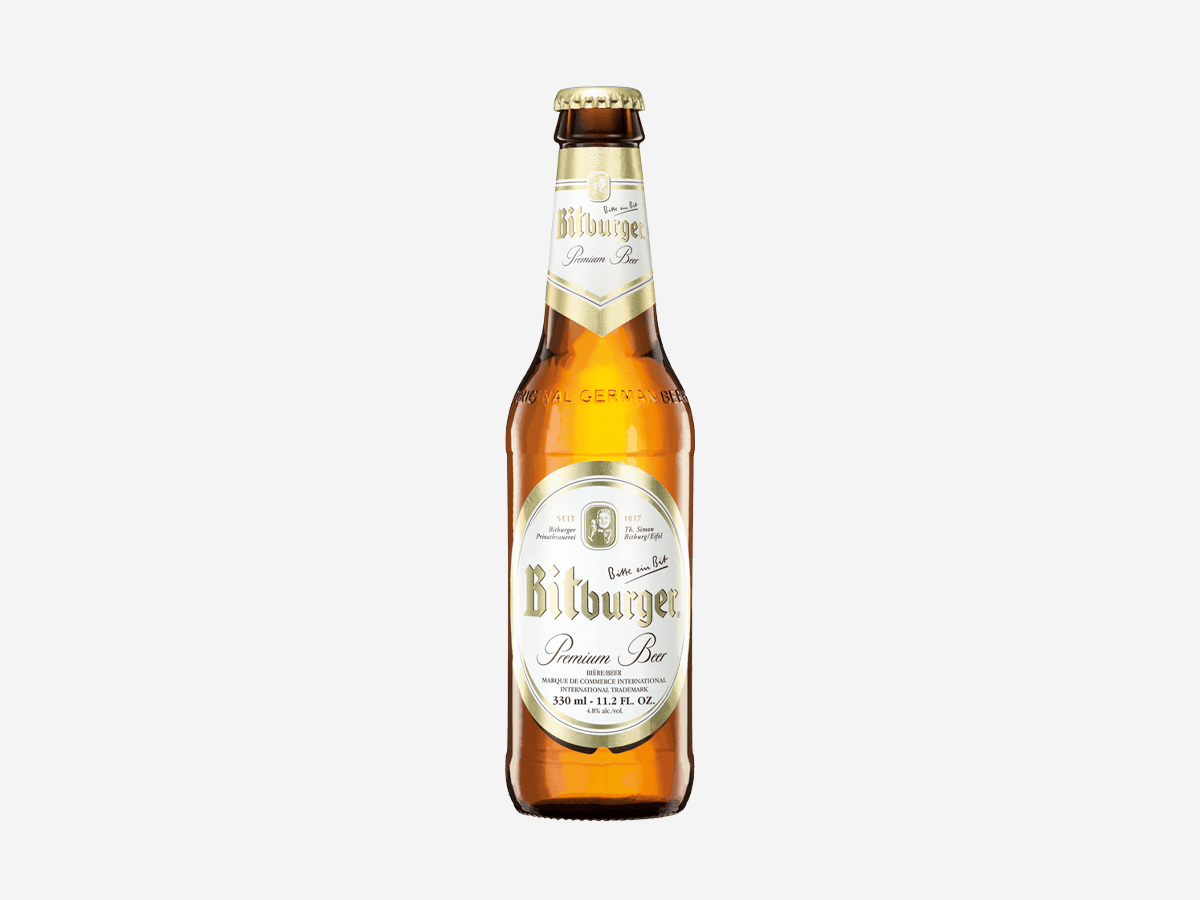 Even though it originates from Czechia, the pilsner is the most popular beer style in Germany. Bitburger, one of the most popular pilsners in Germany, has been brewed the same way since its creation in 1909. It’s known for its straw colour and crisp, easy-to-drink flavour profile featuring aromas of bready malts, citrus, and floral hops and a palate of freshly baked bread, cereal malts, citrus peels, and more floral, earthy, lightly bitter hops. This is a simple, no-frills beer that goes down easy every time. Spaten is a big name in German beer and you can’t go wrong with any of its brews. But, in our opinion, the best choice is its boldly named Spaten Optimator. It’s a bottom-ferment double bock brewed with roasted malts. It’s also a robust 7.6 per cent ABV and carries aromas of toffee, fresh bread, and chocolate. The palate continues this trend with the addition of caramel and roasted malt flavours. It’s big, rich, and totally warming any time of year. It might not seem like a great beer for the summer months, but we like to keep this one in the fridge in case of an unseasonably chilly night or simply as a change of pace from lighter, lower ABV beers. 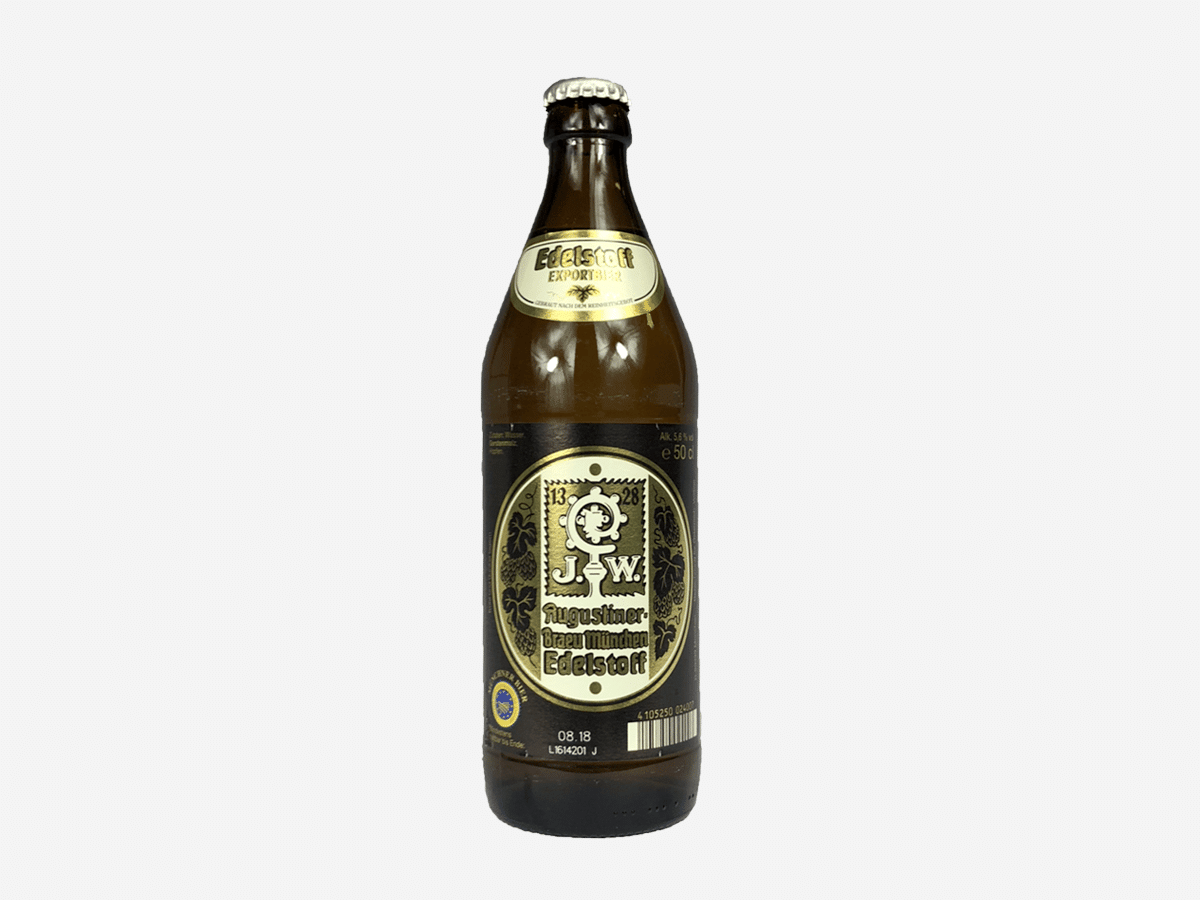 This popular helles-style lager is known as much for its crisp, easy-drinking taste as it is for its simple, no-frills recipe of water, malt and hops. It’s offers up a well-balanced flavour profile that begins with aromas of freshly baked bread, light citrus zest, and floral, Noble hops. The palate continues this trend with sweet malts, cereal grains, brown bread, and floral, earthy, piney hops. The finish is dry, crisp, and leaves you craving more. It’s the kind of beer that pairs with backyard barbecues, yard games, and good times with friends and family. 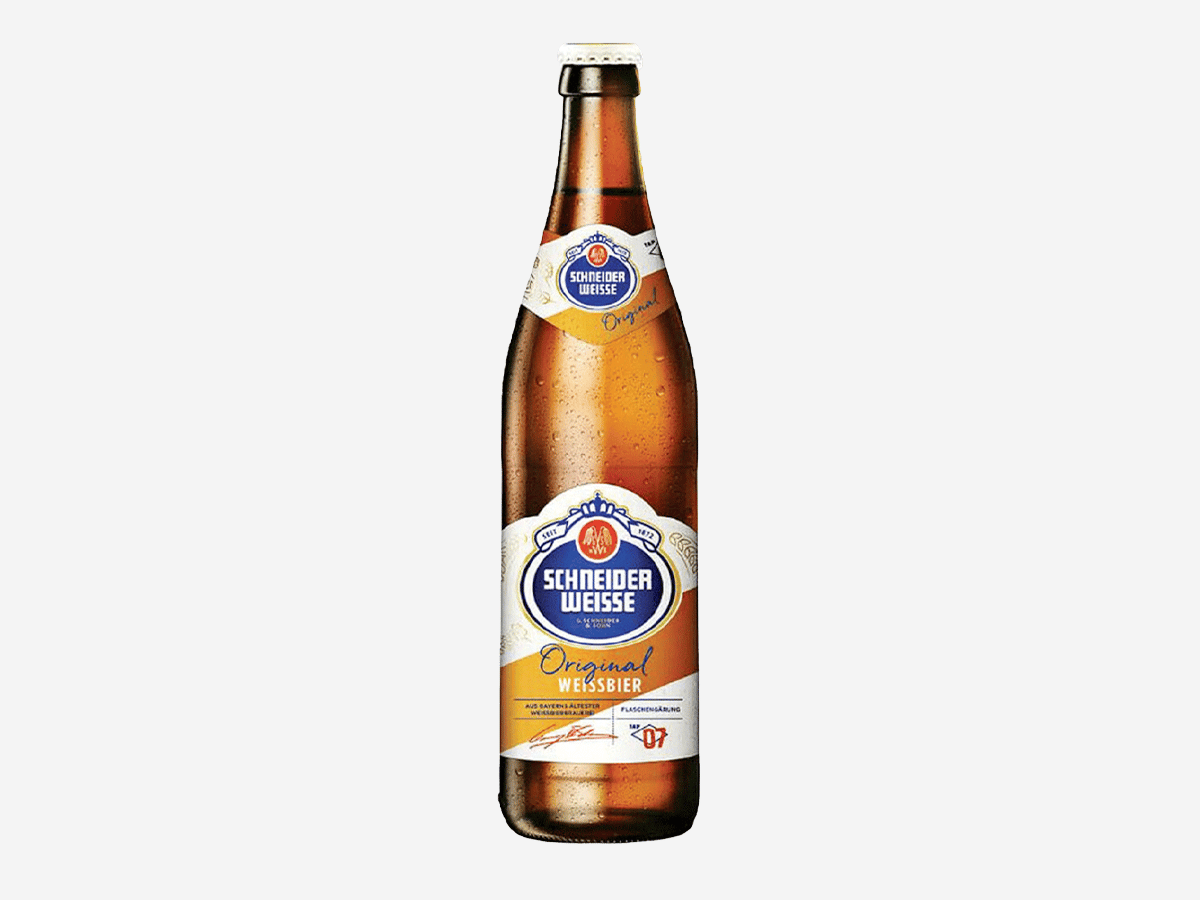 This 5.4 per cent hefeweizen-style beer is brewed with wheat malt and barley malt as well as Hallertauer Tradition and Hallertauer Herkules hops using open fermentation. It’s non-pasteurised, non-filtered, and loaded with flavours like sweet wheat, ripe bananas, and cloves. It’s hazy, cloudy, and incredibly flavourful. It’s the kind of wheat beer that you’ll drink once and then not want to try any others for a long time. Stock your fridge with Schneider Weisse Original Weissbier and you’re sure to have a great summer. 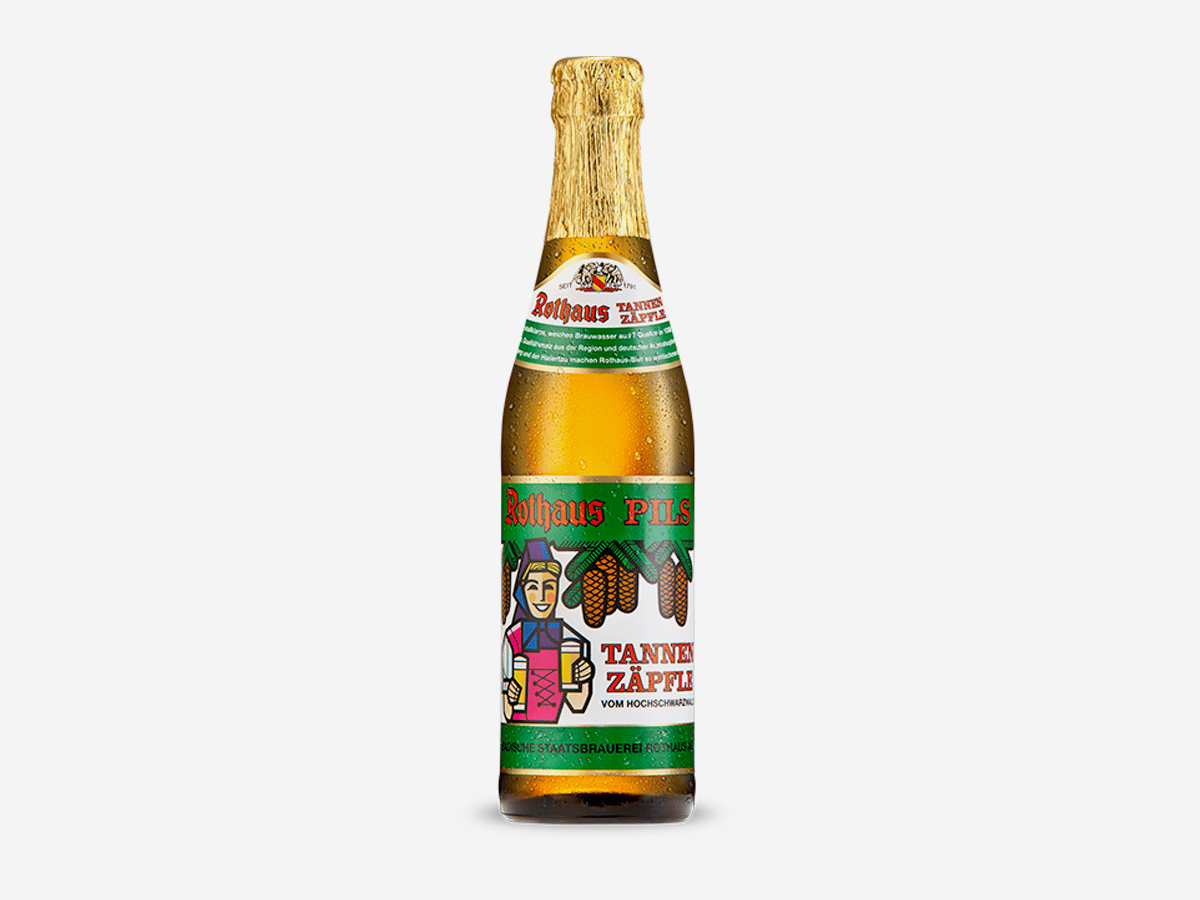 As we mentioned above, the pilsner is the most popular beer style in Germany. So why not drink what the Germans drink, right? Well, one of the most popular German pilsners is Rothaus Pils Tannenzäpfle. Brewed since 1956, this pilsner gets its beloved flavour from the addition of summer barley and Noble hops including Tettnang and Hallertau. It’s well-known for its crisp, well-balanced flavour profile featuring cereal grains, bready malts, and slightly spicy, floral, lightly bitter hops at the finish. In a sea of German pilsners, Rothaus Pils Tannenzäpfle is one of the best. It’s the kind of beer that will pair with almost any of your favourite foods. 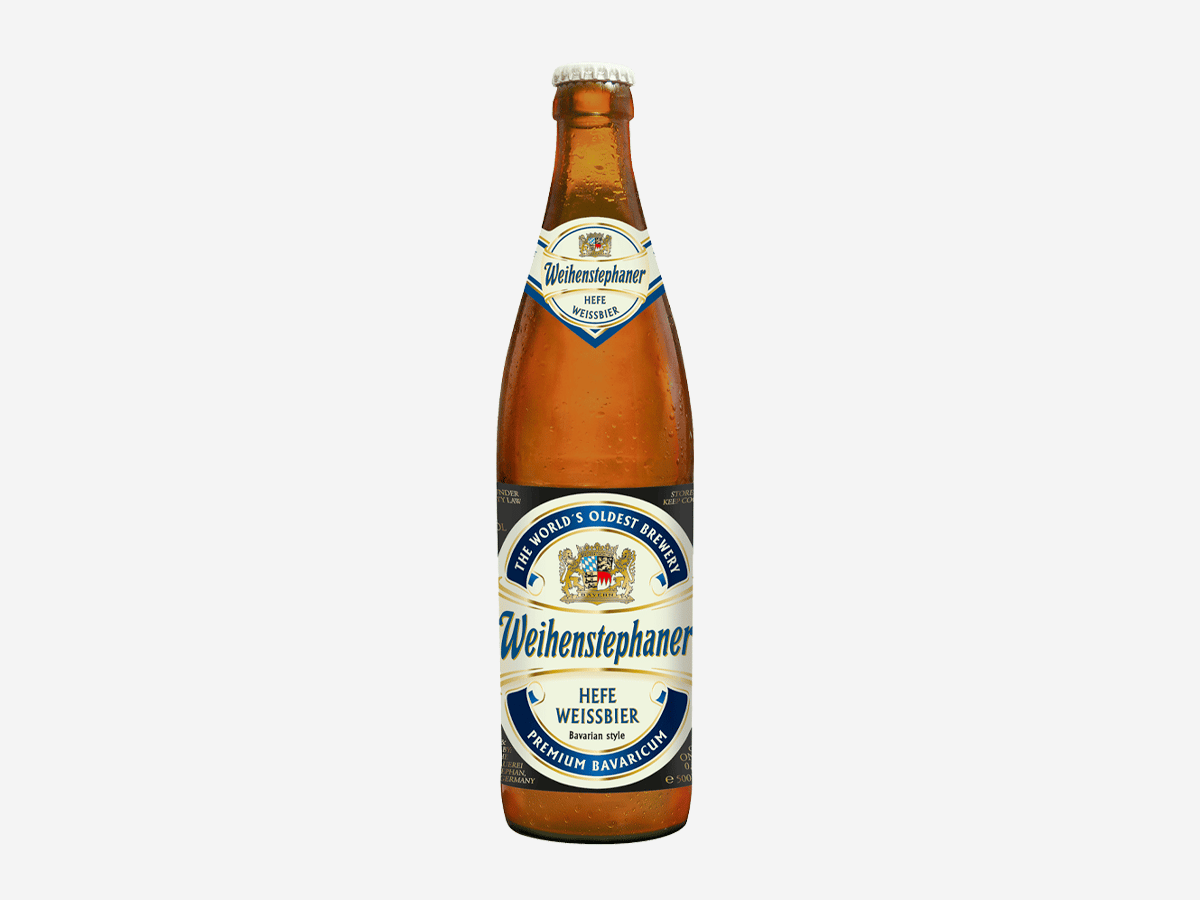 On top of the flavourful beer itself, one of the biggest appeals of Weihenstaphaner is its history. Touted as the longest continually operating brewery in the world, it can trace its genesis back to 1040 (yes, you read that right). This Bavarian staple makes myriad iconic beers, but we prefer its Weihenstaphaner Hefe Weissbier above all of its other offerings. This wheat beer starts off on the right foot with aromas of clove, bananas, and wheat malts. Drinking it reveals a complex flavour profile of cereal grains, wheat, cloves, and delicate, ripe bananas. It’s a beer you won’t soon forget.

What is German Beer?

For Germans, beer is more than just a refreshing beverage, it’s a way of life and you can attribute much of the country’s rich beer history to the Reinheitsgebot. For those unaware, the Reinheitsgebot is a set of unflinching rules and regulations about the brewing process in Germany. Adopted in Bavaria back in the 1500s, the Reinheitsgebot states that to be considered a beer in the country, the only ingredients allowed to be used are water, barley, and hops. The law doesn’t mention yeast, but obviously, this is a necessary ingredient as well. This also means that wheat beers, although wildly popular in Germany, don’t follow the strict rules.

Obviously, this is a centuries-old set of rules, and not all modern German brewers feel the need to follow it so strictly. That’s why you’ll find all types of different beer styles coming out of Germany. But part of the appeal of German beers is the connection to its traditions.

While the main types of German beer are found readily across the globe, it’s important to understand the lesser-known releases. Some are more finely tuned for the acute drinker, while others are good year-round. Here is a brief rundown of German beer types.

Things to Consider for German Beer

If you’ve never put much thought into German beers, there’s a lot to consider before you buy. Some German beer types are more forgiving than others and sourcing a good brew can often be difficult outside of Bavaria. Here are some things to keep in mind if you’re attempting to score a new German brew.

If you’re not quite aboard the German beer train, or you’re just looking to find out which international brew tickles your fancy, why not check out some of our other beer articles?

What is the most popular beer in Germany?

Pilsner is the most popular beer in Germany. Originating from the Czech town of Pilsen, the light-golden beer with the dry hoppy aroma is very popular in the North, West and East of Germany.

What beer is served at Oktoberfest?

Only beer from Munich breweries may be served on the Wiesn, as custom dictates. As a result, Augustiner, Hacker-Pschorr, Hofbräu, Löwenbräu, Paulaner, and Spaten are the only beers served at Oktoberfest.

Apple, Tech
The Most Exciting Feature of Apple's Mixed-Reality Headset has Been Revealed
load more articles