With the scope of Aussie content on Netflix growing at a rapid rate, finding the best Australian shows on Netflix can be a minefield. With everything from comedy, the paranormal, drama and mystery, there is an iconic Australian series on Netflix for every mood. But don’t fret, we are here to help. Doing the hard yards and sitting down with a tea and Tim Tams in hand, we’ve unearthed a comprehensive list of the very best Australian shows on Netflix. If you don’t know where to begin, punching in these titles in the search bar is our recommendation.

You’ll also like:
20 Romantic Movies on Netflix That Don’t Suck
42 Best Movies of 2020
20 LGBTQIA+ Movies You Should Watch in Your Lifetime

Stateless is an iconic Australian miniseries that comments on the immigration detention centres in Australia. Given the subject matter is not short of its fair share of controversy, it’s high intensity and multi-layered, following the unique stories of four very different characters. Expect to gain raw insight and have plenty of moments of reflection with this new Australian series.

Can you get more Australian than Kath and Kim? We don’t think so. The quintessential Australian series has made it onto Netflix and we aren’t complaining. If you’re looking for something lighthearted, ridiculous and full of odes to Australian culture, Kath and Kim is where it’s at. Strap in for a wild ride.

Richard Roxburgh plays a devious barrister in this iconic Australian series. Rake explores questions of ethics in the workplace and people’s personal life, against the backdrop of the beautiful city of Sydney. This is achieved by looking at life through the lens of a self-destructive barrister who consistently defends guilty clients and makes poor decisions in his personal life. It’s clever, witty and very popular among locals.

A mystery that will have you on the edge of your seat, Deep Water is a suspenseful crime drama series that Australians love. It centres on the real-life murders of gay men in the 1980s and 90s after a gay man is brutally murdered on Bondi Beach. If you are a fan of historical fiction, this is just what you need on your Friday night. Bear in mind, the depiction is as raw as it is entertaining.

A coming of age series about a 20-something boy called Josh, Please Like Me provides a seamless combination of humour and sensitivity that we all need from time to time. It explores current topics like homosexuality, abortion and youth suicide. Yet, the light edge that Josh Thomas casts on the series, as he does excellently in all his work, makes it a conversational, at times, lighthearted watch.

An ode to the town of St Kilda in Melbourne, The Secret Life of Us is an Australian drama series that celebrates the beauty in the mundane. With three silver Logies under its belt, the series’ portrayal of a group of friends in their mid-20s to 30s is as dramatic as it is funny, and we can very much relate. This series is perfect if you want to unwind with some mindless viewing.

Utopia is an internationally acclaimed, award-winning series where bureaucracy and dreams come together in an unlikely marriage. It is based on the fictional National Building Authority, a newly created government organisation where self-interest and national interest come into play. The result is an intelligent series that is perfect if you want to get the brain ticking that little bit more post-work.

If you’re in the mood for a comedy, Rostered On is one of the best Australian shows on Netflix when you’re in the mood to laugh. The series is unique as it is filmed as a single-camera series. Beware, the humour can be slightly amateur, which you could probably infer based on the fact it centres around the staff of a faceless retail store.

Even the name screams Australian in a way that only Australians can understand. Upper Middle Bogan is a funny series that sheds light on Australian culture, with just the right amount of absurd humour. In the series, a middle-class woman finds out she’s adopted and is shocked to find her parents are from the outer suburbs and are indeed…bogans (could there be anything worse?) We recommend you take this series with a pinch of salt.

One of the best Australian shows on Netflix with a paranormal edge, Glitch is one of ABC’s best series. It takes place in a small fictional town called Yoorana and it explores what happens when seven individuals rise from their graves, much to the shock and horror of locals. Delving into small-town politics, gossip and everything freaky, the series is multilayered and highly entertaining.

Sisters is one of many new Australian shows on Netflix, full of all the drama that you don’t need in your own life. It follows the story of a clueless daughter who attempts to uncover her family’s entangled past, after finding out her dad was a sperm donor to potentially hundreds of children. It’s definitely chaotic, but worth the watch.

Originally a web series, Tidelands tells the story of a former criminal who returns to her fishing village. The plot turns sinister as a body washes ashore, catapulting the town’s inhabitants into a world of drama, with a splash of supernatural. This series is highly addictive, so be prepared to lose hours once you click play.

Perhaps one of the best Australian shows on Netflix, with a huge international following, Wentworth is as addictive as it gets. The series is a re-imagining of an Australian soap opera set in the Wentworth Detention Centre in the 1908s. Australia’s version of Orange Is The New Black, expect drama, grit and passion.

If you’re a fan of political thrillers, Secret City will make for the perfect mid-week viewing. The series is based on the best-selling novels The Marmalade Files, The Mandarin Code, and The Shadow Game by Chris Uhlmann and Steve Lewis for all the bookworms out there. It is yet another example of an amazing Australian series directed by renowned Aussie director Emma Freeman. The cast is also full of big names like a national treasure, Jacqui Weaver. If you love it, you’re in luck- there’s a sequel too!

You’ll also like:
20 Romantic Movies on Netflix That Don’t Suck
42 Best Movies of 2020
20 LGBTQIA+ Movies You Should Watch in Your Lifetime

What Australian TV series are on Netflix?

There is a wide range of Australian TV series on Netflix. Over the past few years, the streaming platform has put significant time into building its domestic offering, adding classic shows and new series from down under. Our favourites include Kath and Kim, Sisters and Rake.

Are there any Australian movies on Netflix?

What is the most popular Australian show on Netlfix?

According to IMDB and Netflix ratings, Glitch is Australia's most popular show. Set in a small fictional town called Yoorana, the new Australian series explores what happens when seven individuals rise from their graves. 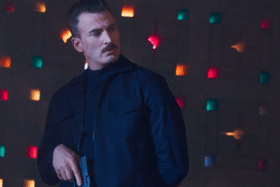