Face tattoos aren’t going to cut it anymore after Lil Uzi Vert decided on the ultimate cosmetic change, implanting a massive USD$24 million (AUD$31 million) pink diamond in the middle of his forehead. Yeah, you can’t make this stuff up.

Posting the outrageous results to his Instagram, many were quick to share their concern for Lil Uzi Vert, wondering why the massive diamond wasn’t centred, let alone why he had it done in the first place. “It’s actually in the middle,” Lil Uzi Vert told fans in a Story. “When the swelling goes down I’ll get a short bar so it won’t move. Y’all keep talking ’bout it’s off ’cause of the long bar in it so it can move, cause of the swelling.” Yeah, its the swelling that’s the problem.

While we didn’t get our first close up look until now, Lil Uzi Vert notified the world of his cosmetic changes on 30 January, taking to Twitter to demonstrate just how expensive the stone was.

“I’ve been paying for a natural pink diamond from Elliot for years now,” he wrote. “This one Stone cost so much I’ve been paying for it since 2017. That was the first time I saw a real natural pink diamond. Diamond suit. A lot of M’s in my face.” The diamond, secured from celebrity jeweller Elliot Eliantte, is so expensive, Uzi reckons it’s worth more than all his cars and his house put together.

By the way, when we told you to Live Life How You Want To this isn’t what we had in mind. Luckily Uzi doesn’t seem too keen on adding to his diamond collection anytime soon, telling fans he will never do it again. He also confirmed the diamond is “10 almost 11 carats” and “yes, I do have insurance”. Which is great because apparently if he “don’t get it took out the right way,” he could die.

gonna tell my kids this was lil uzi vert pic.twitter.com/BmZn8KTzh0

We put money on our own heads
?? pic.twitter.com/SVWoOnDoBh

So nobody gon talk about this ? pic.twitter.com/kBsRjOTZOT 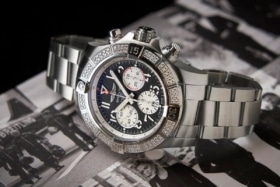 Watches
Breitling Drops 104 Diamonds into the New Avenger B01 Chronograph 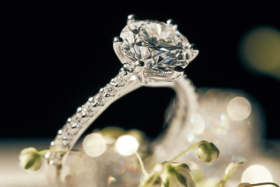 Lifestyle
Should You Buy an Engagement Ring Online? 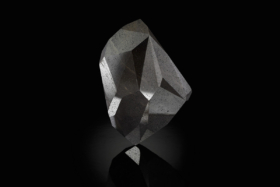 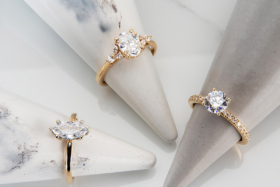