After three long years and countless setbacks, the Australian Formula 1 (F1) Grand Prix has triumphantly returned. Held in a new timeslot, from April 7 – 10, the prized event on the domestic sporting calendar sees the biggest names in Formula 1 descend on Melbourne‘s Albert Park for an all-out asphalt assault on one of the most iconic street circuits in the world. This year could prove to be the biggest in recent memory, with a host of side stories set to play out over the blockbuster weekend. Local hopeful Daniel Ricciardo is out to prove something, Ferrari has unleashed its unexpected young gun Charles Leclerc and the jostle at the top between defending champion Max Verstappen and seven-time winner Lewis Hamilton is only just beginning. Strap yourselves in, the 2022 Australian F1 Grand Prix is going to be explosive. 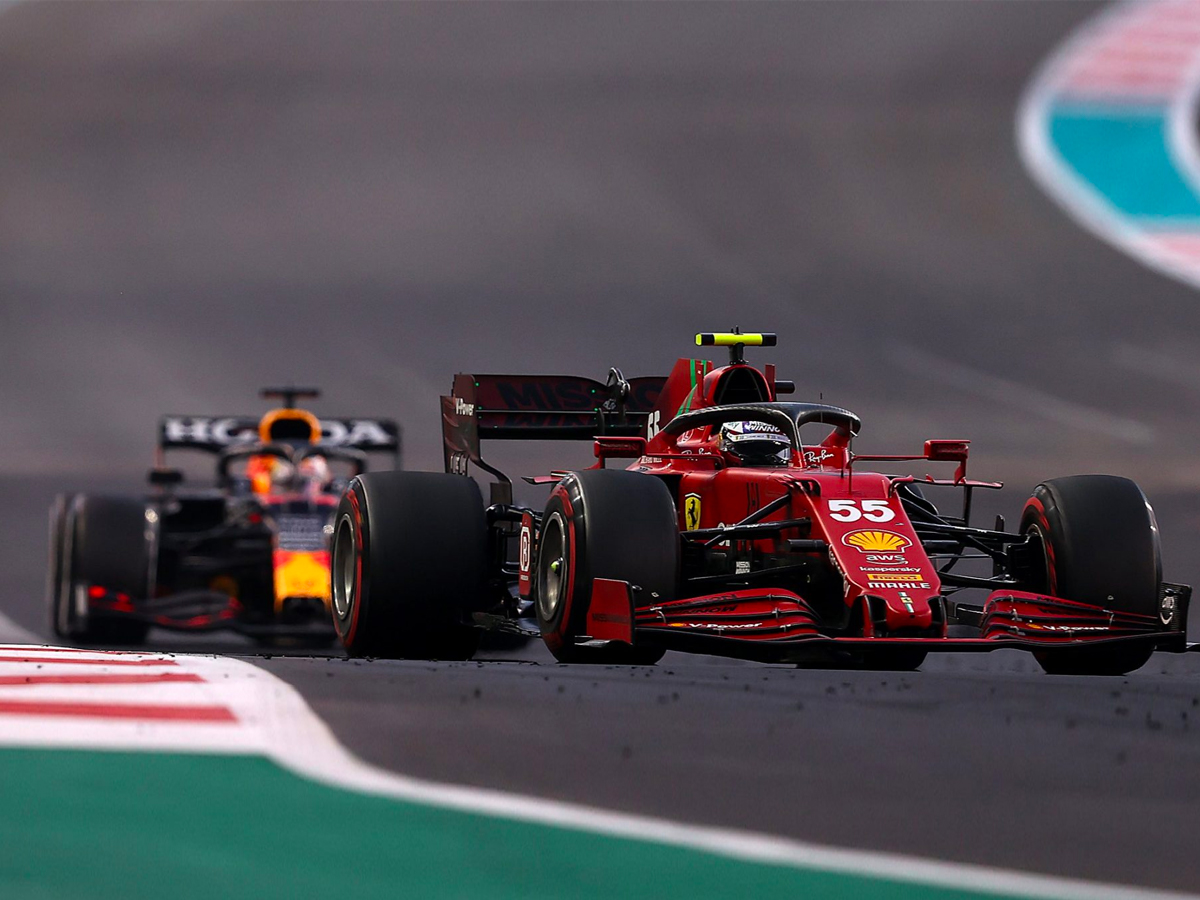 After a massive season that saw Red Bull’s Max Verstappen secure his inaugural title in the most contentious of ways, the 2022 edition looks to be even juicier. The Ferrari duo of Charles Leclerc and Carlos Sainz shocked the world by coming out of the gates swinging, taking the fight firmly to Verstappen. Better still, the open nature of the field isn’t just great for fans, either, it makes for great business. When Ferrari is flying, sales go up, broadcast ratings increase and the whole system swells, so it’s as good a time as any for the Italian marque to fire up, but it will be an uphill battle.

“Overall, I think the track characteristics here are not fitting very well with (our car),” said Leclerc. “Everything is to play for, and I still think we will be in the mix; it will still be very close, it is not like it is going to be a big gap so if we do the perfect weekend anything is possible. I think the old track would have suited us better, but it is the way it is now, and we will try to maximise everything this weekend as always and hopefully, Imola will probably be a track that suits us a bit better. 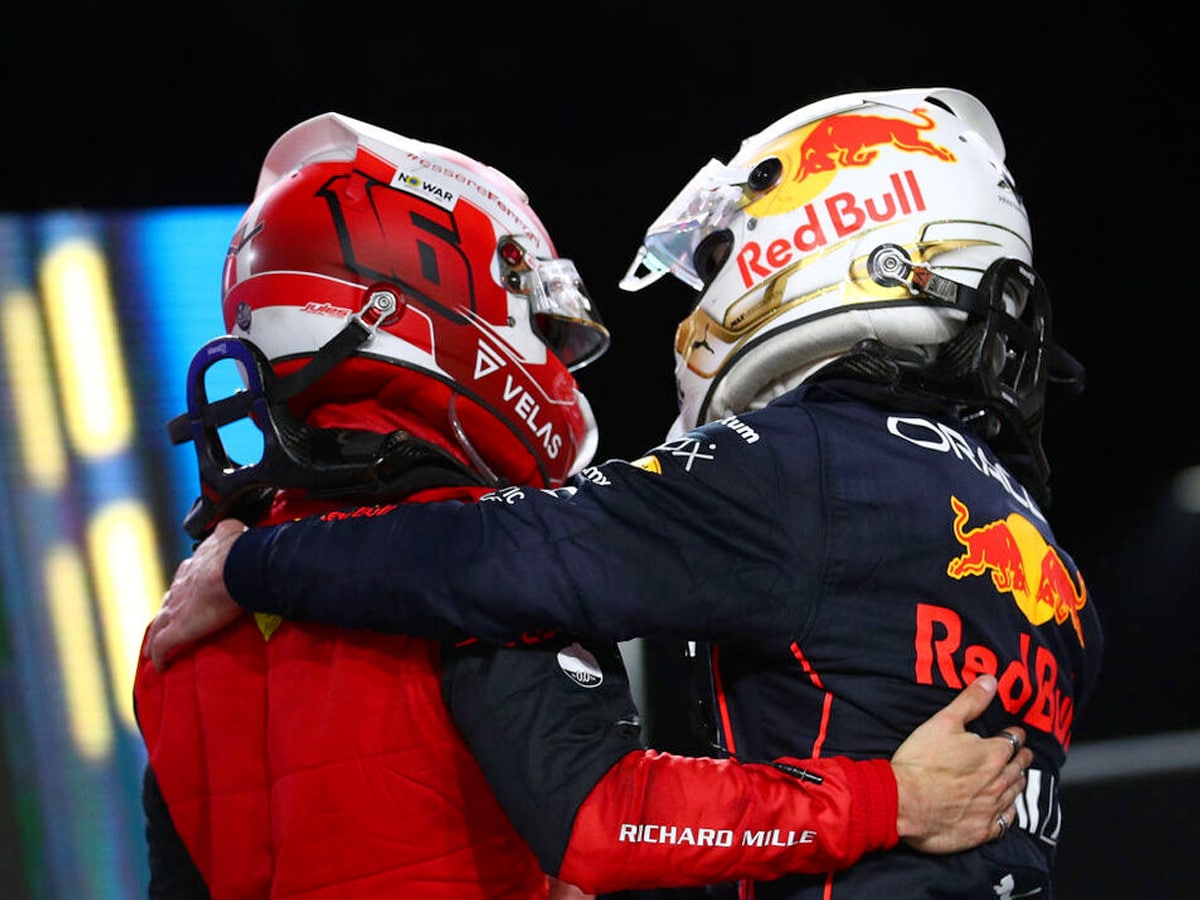 In Jeddah, the familiar shoot-out between Verstappen and Hamilton kicked into gear, with the two championship-winning drivers battling out in out in an enthralling fight to the end. Remarkably, the Dutch reigning champ managed to squeeze past Hamilton to score his first win of the season and remain hot on the heels of Ferrari’s young-gun Leclerc. For the Australian Grand Prix, victory is up for the taking.

For a team that is only just now getting back on the podium with any regularity, Ferrari has a surprisingly strong recent track record at Albert Park. Just a few years back, Sebastian Vettel scored an impressive victory over Hamilton’s Mercedes, who has uncharacteristically struggled to place in Melbourne, never taking out the win. In 2022, the British legend finds himself in an unfamiliar position, toiling to get his speed up and adjust to the new regulations.

“We’re still really down on speed. It’s not just one fix, it’s several things … all I know is that I couldn’t keep up with the Haas in the end,” Hamilton said in a post-race interview following a 10th-place finish in Jeddah.

Moving further back in the field, Haas has been a surprise breakout team, with Kevin Magnussen far exceeding expectations, while Valtteri Bottas is finding his footing at new team Alfa Romeo. But for all the international stars on display, the real focus will be on one hard-nosed Aussie. 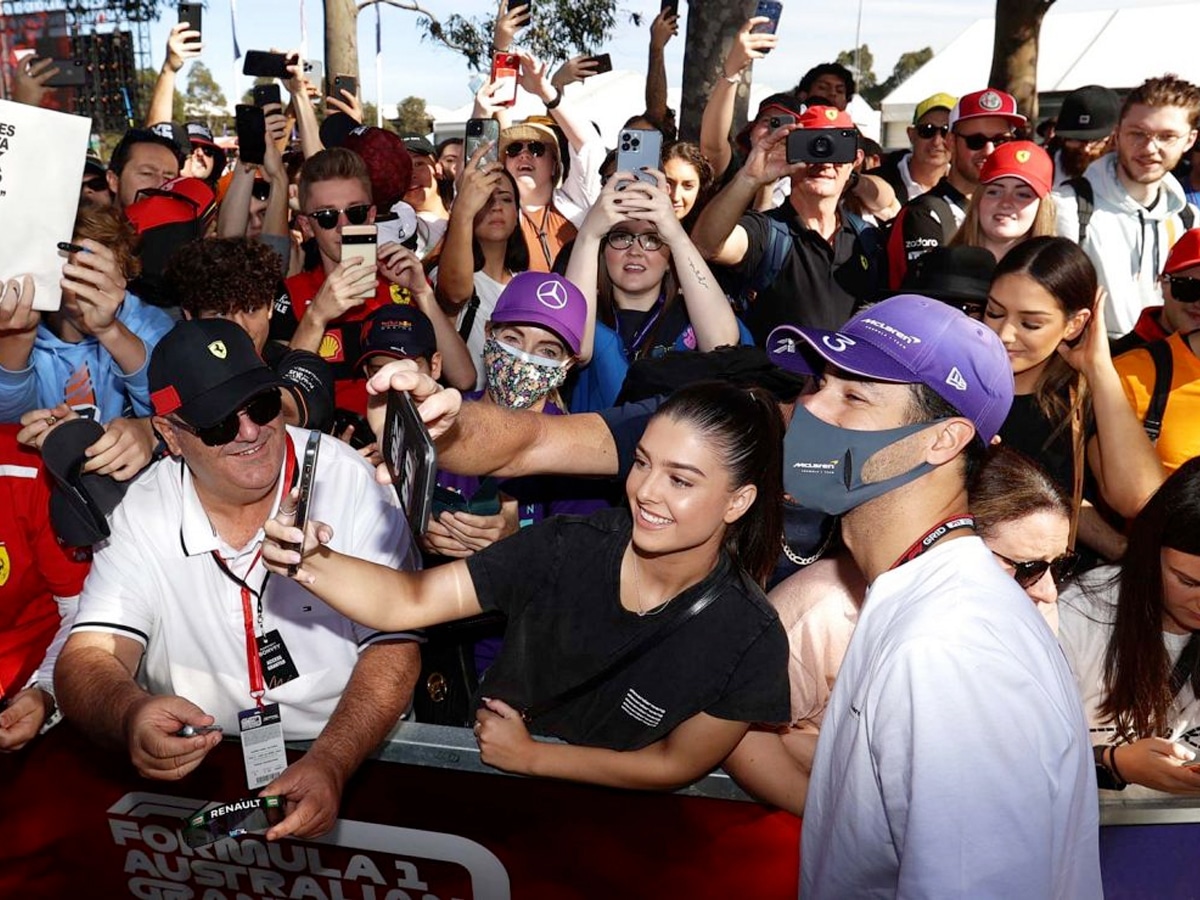 More than 700 days since he last took to the Australian GP track, all eyes will be on local hopeful Daniel Ricciardo. The McLaren driver has had a less than ideal start to his 2022 campaign, falling short of note in Bahrain before suffering engine failure in Saudi Arabia, however, Ricciardo’s star is on the rise. The toothy Aussie scored an unexpected win at Monza last year, taking out the Italian Grand Prix to secure his eighth career win, so the smell of victory should still be lingering in his nostrils. Importantly, some changes to the Albert Park track may actually prove to be a big boost for Ricciardo and teammate Lando Norris. Speaking to the F1 Nation podcast, Ricciardo said he was confident that the new surface and reconfigured track would help McLaren.

“This car suits the medium and high-speed a little bit more,” he said. “I guess we know where our strengths are, but our weaknesses are the slow-speed corners and we are a very, very long way off at the minute. It’s changed, it’s a smoother surface, so I am hoping the new one (circuit) will be better for us than the old one.”

On that point, the renewed configuration of the Albert Park Circuit does make for an interesting prospect. The track has been altered in line with F1’s plans to enhance competitive and exciting racing, adding some major upgrades to certain aspects of the much-loved circuit. The corners, for example, have been widened to allow for greater speed through key points, which F1 has indicated will lead to the fastest lap times ever seen in Melbourne. The racing body suggested that the upgrade, Albert Park’s first major overhaul since 1996, could see lap times cut by up to five seconds.

Specifically, the turn-one bottleneck has been widened by 2.5m, opening the opportunity for more wheel-to-wheel battles for position throughout the lap. At turn 11, the 150km/h right-hand corner now sits at more of a right angle, with the extra width enabling drivers to slide down the inside and take an unassuming competitor by surprise. The slow-speed chicane abutting the golf course section has also been removed around turn 10, meaning cars will now approach speeds of around 330km/h.

“These changes are in the direction of what we want. Better races, more battles – the changes are going to push us towards that,” Ricciardo said back in 2021 when the changes were announced. “With these cars, the changes should help a lot, but from 2022, if next year promises everything it does with being able to follow the car in front and the racing to be enhanced, then coming to a circuit like Albert Park with these changes should make a pretty amazing spectacle.” 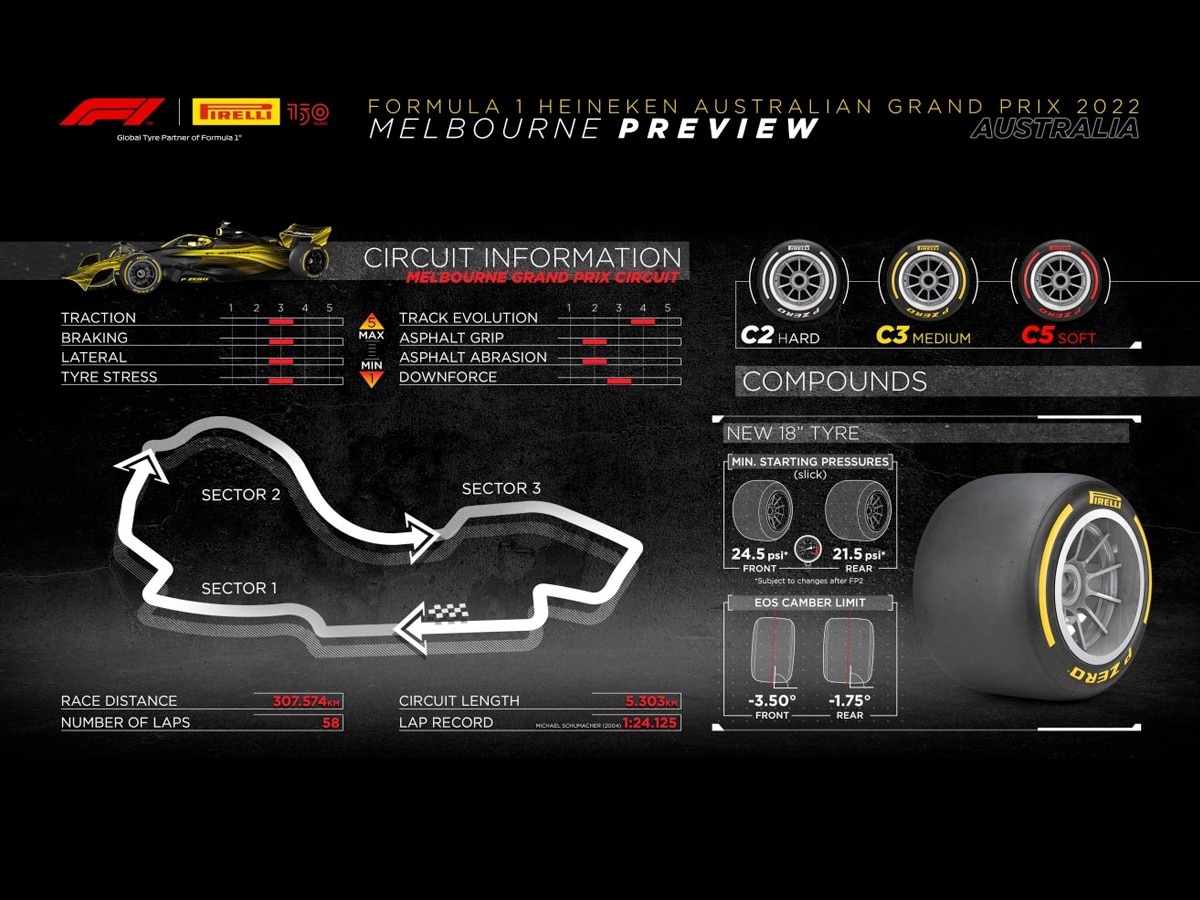 Aside from the complete track overhaul, the 2022 Australian Grand Prix also marks the first time local fans will be able to catch a glimpse of the new Formula 1 cars up close. The new season saw a suite of new regulations roll into effect, significantly altering the way drivers interact with the car and tackle the tarmac. Here are the big changes: 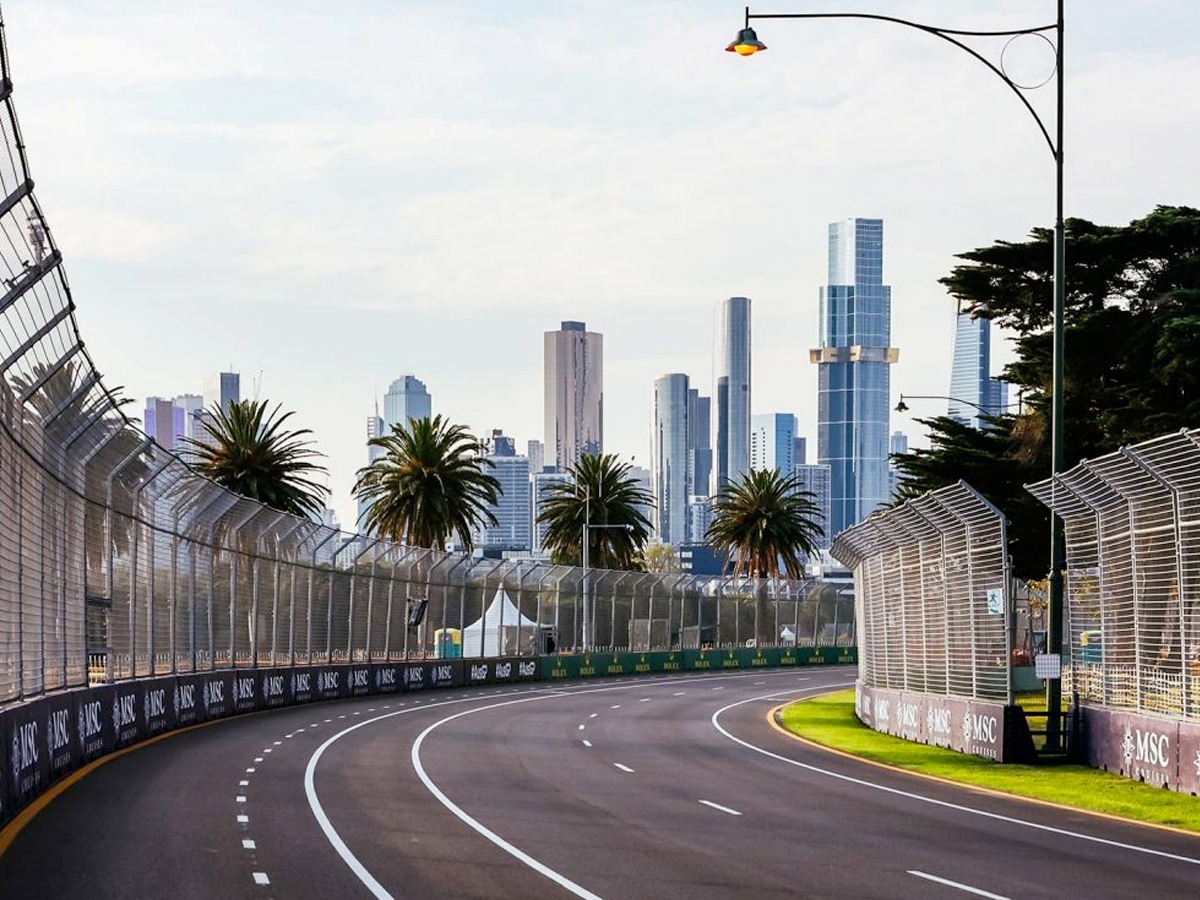 What Time Does the F1 Race Start?

As per the extensive race schedule, the Australian Grand Prix will kick off at 3pm on Sunday, April 10. A 58-lap race, the event is expected to last between 90 minutes and two hours, however, the wild start to the opening few rounds has seen safety cars introduced, blowing timeframes out.

Importantly, the 2022 reshuffle has pushed the Australian GP out of its regular spot as the season opener, with events in Bahrain and Saudi Arabia taking precedence. The move means that the event is now subject to Australia’s often confusing daylight savings stipulations, which means that viewers in Queensland will have to take special notice of the AEST situation. Furthermore, with sunset expected to hit at approximately 6pm, a night-drive wouldn’t necessarily be out of the equation, should mid-race delays impact the race.

Prior to the big day, Formula 1 cars will take to the track twice on Friday for one-hour practice sessions from 1pm and 4pm respectively, with a third practice session to be held at 1pm on Saturday. From there, the long-anticipated qualifying session will take place from 4pm. 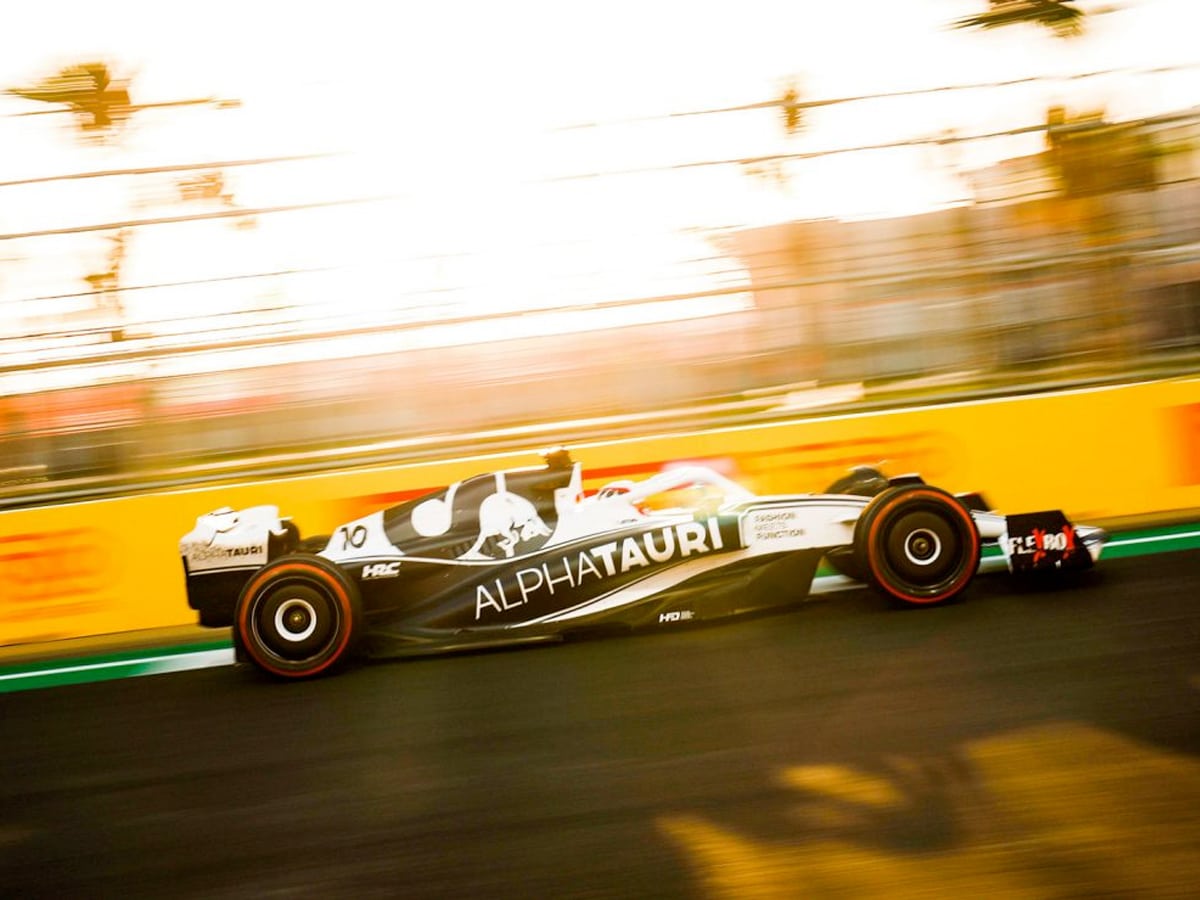 The good news for locals wanting to feast their eyes on the 2022 Australian Grand Prix is that there are plenty of options available. The entire weekend is set to be broadcast on Channel 10, the network responsible for airing other motor racing highlights such as Supercars, Porsche Carrera Cup and S5000. Better still, Fox Sports and Kayo will also carry all Formula One sessions, including qualifying and the race.

Rung from Thursday 7 April to Sunday 10 April, the 2022 Australian Formula 1 Grand Prix will be a massive event with a number of activations. Kicking off with a Historic Demonstration, the festivities will launch at 10am on Thursday, with the main event scheduled to go live at 3pm on Sunday. Here is a full schedule for the 2022 Australian GP.

What time does the Australian F1 Grand Prix race start?

The Australian Grand Prix will kick off at 3pm on Sunday, April 10. The 58-lap race is expected to last between 90 minutes and two hours.

How to watch the Australian Grand Prix

The 2022 Australian Grand Prix weekend will be broadcast on Channel 10. Fox Sports and Kayo will also carry all Formula One sessions, including qualifying and the race.