Welcome to Sneaker News #28. Nike is getting in the Easter mode this week with a pastel, mismatched colourway of the Dunk that look a little like it’s been plucked from the Easter egg basket. Elsewhere, there are plenty of collaborations to be found this week with Maison Margiela teaming up with Reebok, Skepta coming together with Nike once again and Maison Kitsune delivering an extensive collection with Puma. Check out all that plus more below. 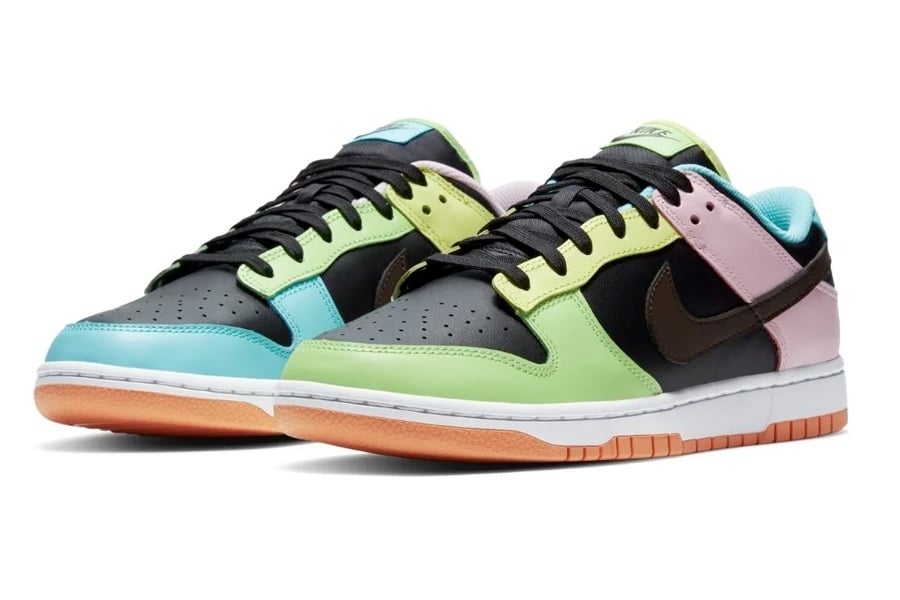 Nike is giving the Dunk a pastel makeover this week just in time for Easter. The mismatched colourway is one of the most ambitious takes on the hugely popular silhouette yet, pairing a brown Swoosh on an upper that also consists of pink, green, yellow and blue. Somehow it all comes together in harmony for a pair of shoes that are perfect for the Easter egg season. As is always the case with the Dunk these are expected to sell out immediately. Subtype has the raffle live now if you’d like to try your luck. 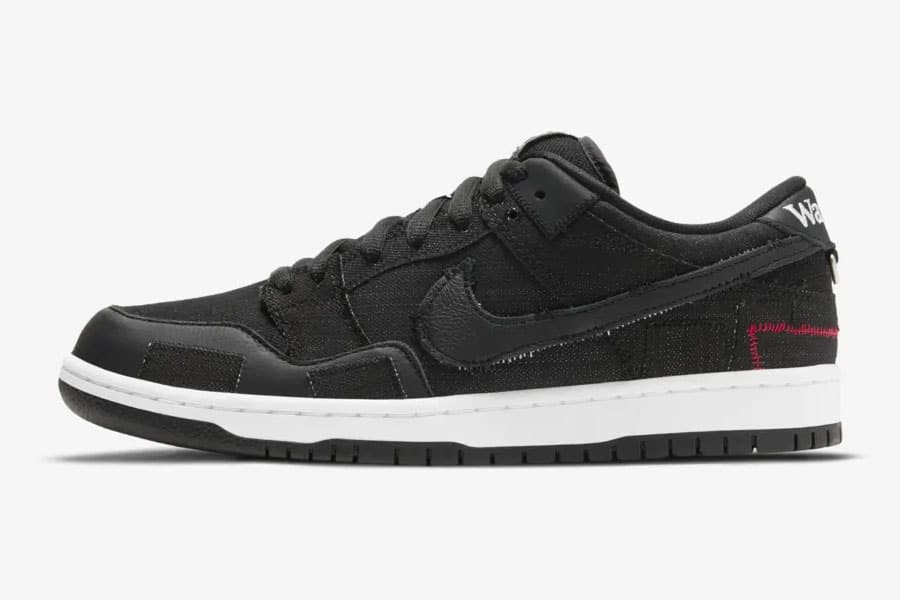 In stark contrast to the previous pair of Dunks, this collaboration with Japanese streetwear icon Verdy and his label Wasted Youth is a mostly monochromatic affair. The upper features black denim used in a patchwork design with a hint of red stitching on the heel. The Wasted Youth branding is embroidered on the back of the shoe alongside a rose that takes over part of the Swoosh. The Swoosh can also be removed to reveal a white stitched outline. Details for days. There’s currently a raffle open on Lo-Fi if you like what you see. 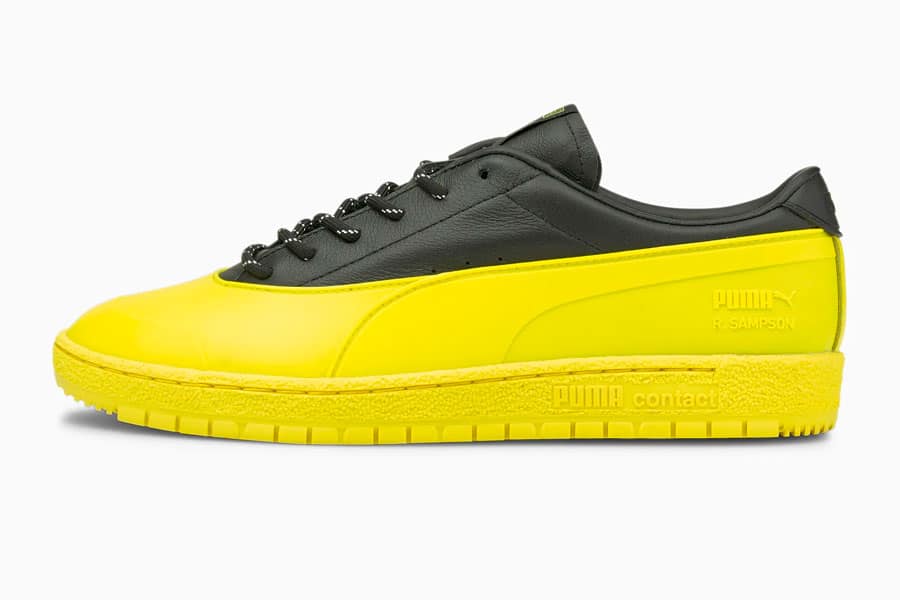 French-Japanese culture house Maison Kitsuné has teamed up with Puma for extensive collaboration that covers both footwear and clothing. There are several pairs of sneakers to chose from but our eyes immediately gravitated to these Sampson 70s Rubbers. The silhouette was initially inspired by NBA All-Star Ralph Sampson but Kitsuné have given it a new twist. The leather upper has been dipped in a bright yellow rubber overlay to give it a utilitarian aesthetic. That yellow is also carried through to the Kitsune fox which appears on the heel. Grab them now from Puma. 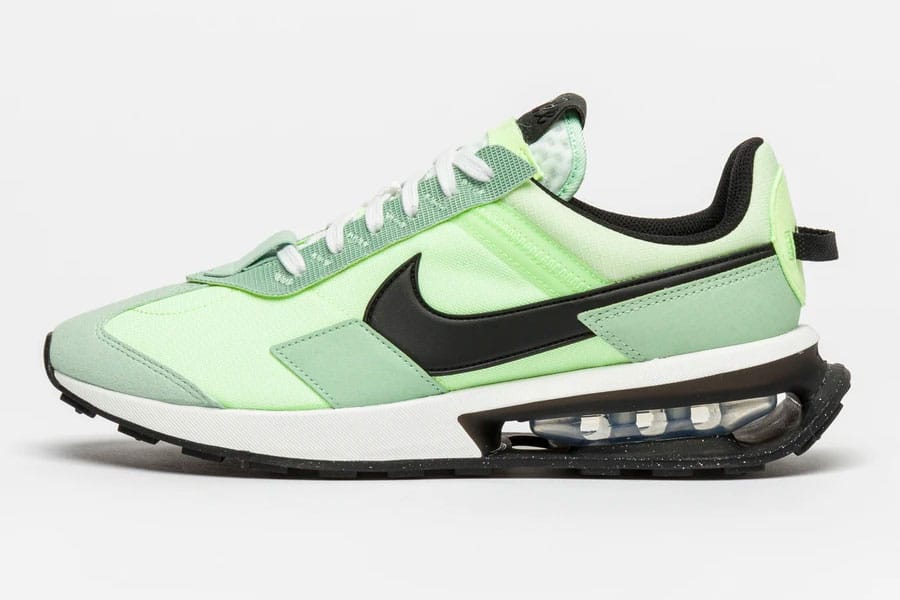 The Nike Air Max is having its annual time in the sun with Air Max Day. This year, Nike celebrated early with a Pre Day release that showcases both visions of the past and future. On the surface, it looks like a vintage athletics shoe but it also showcases the freshest Air technology. Sustainability is also key for this one with each shoe containing 20 per cent recycled content by weight. They have sold out at many outlets but if you are lucky, you might get your hands on a pair. 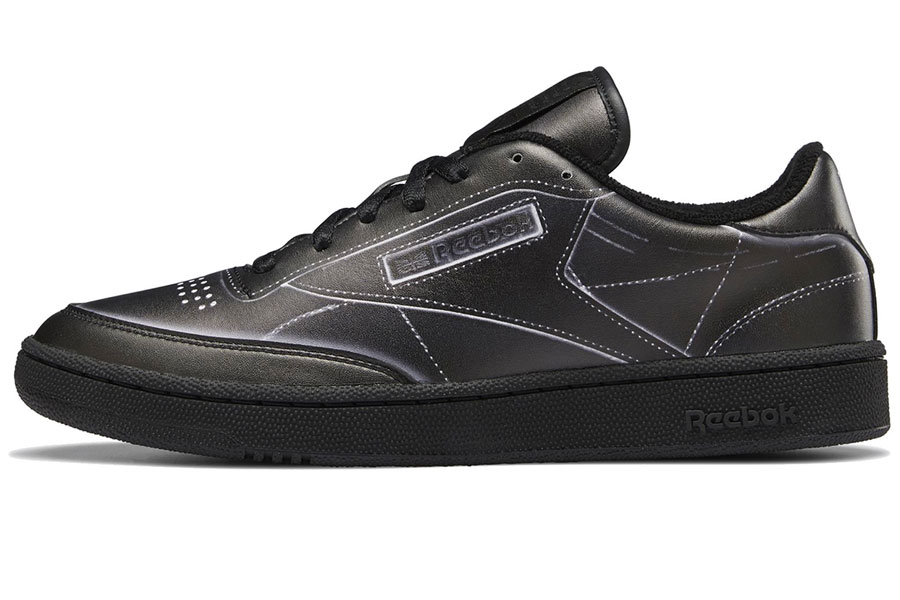 French luxury fashion house Maison Margiela has delivered its collaboration with Reebok, bringing one of its most classic silhouettes into the luxury world. The price point on these is a lot higher than the regular Club C but it’s also not your regular Club C. Applying a house technique, these shoes are constructed from one single piece of flat leather. The white outlines hug the stitching, curves and shadows of the shoe to achieve a 2-D optical illusion – a technique that is often integral to Margiela’s work. Cop them now over at Highs and Lows. 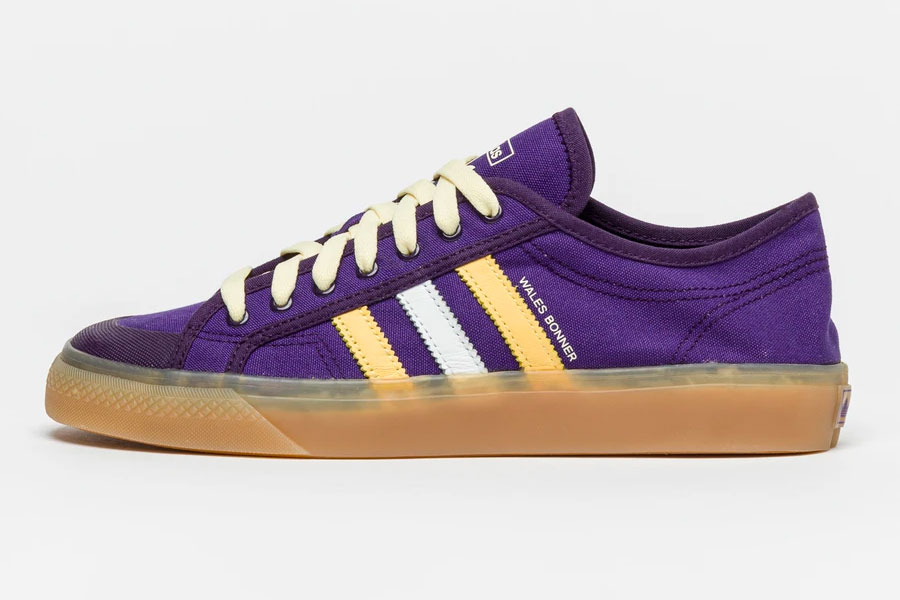 British fashion designer Wales Bonner has collaborated with Adidas exploring the diasporic connections between Britain and the Caribbean. Her take on the classic Nizza shoe is a nod to Jamaican culture with the canvas upper detailed with stitching, representing the country’s handcraft techniques. This colourway pictured is purple with a leather 3-stripe logo and a semi-translucent outsole. Get them from adidas now. 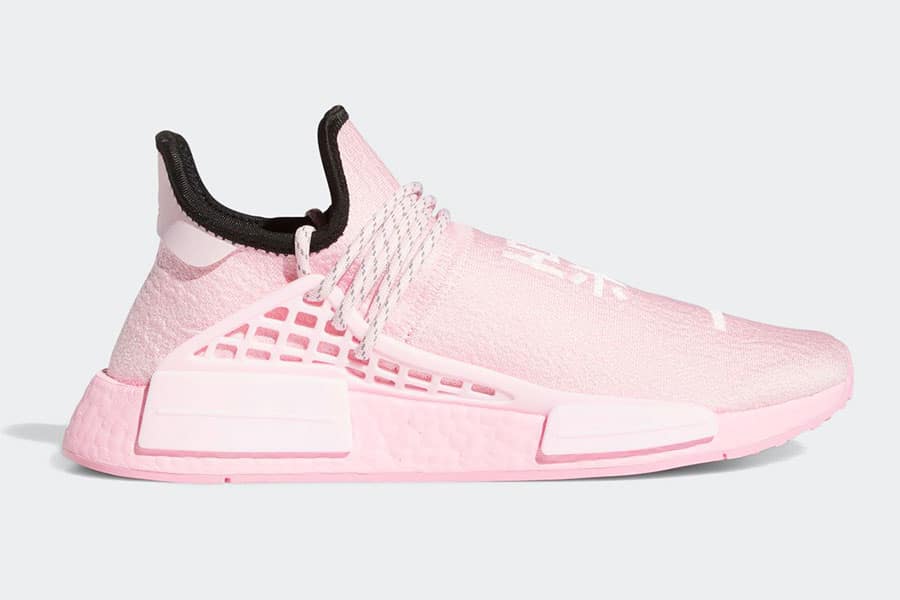 Pharrell and adidas have another bold shoe for you this week. The Hu NMD has been a staple of their collaboration since 2015 and here it adopts a vibrant, pink colourway. All the regular details are there including the primeknit upper, the minimal lacing system and the embroidered Japanese writing. Get them right now at adidas. 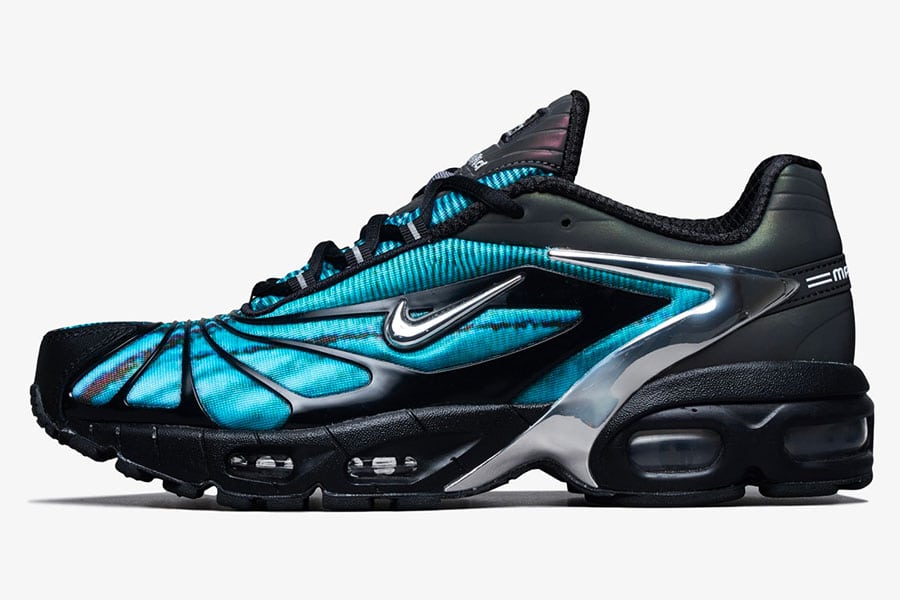 Nike and Skepta have collaborated once again with Skepta once again drawn to an early 2000s futuristic aesthetic. This is the British grime MCs fifth SK Air offering and it’s a striking one. Incorporating a butterfly wing-inspired upper and a metallic silver Swoosh, it’s a hypnotising release full of detail. For fans of the MC, you’ll notice the thermographic heel counter is a nod to his 2019 record Ignorance Is Bliss. A raffle for the shoes is currently open over at Supply Store.