Welcome to Sneaker News #43. It’s spooky season and as per usual Nike is celebrating by dropping a new colourway of the Nike Air Force 1 ‘Skeleton’ in time for Halloween. If you’re not into ghoulish footwear though, there’s plenty of fresh collaborations to get you excited. Nike is collaborating with Alyx and colliding with both sacai and UNDERCOVER on the same shoe. Meanwhile, Sean Wotherspoon is back at it with adidas while JJJJound is taking on one of New Balance’s classics. Check it all out plus more from YZY and Reebok. The Nike Halloween drop has become an occasion over the years and for 2021 it is releasing its signature Air Force 1 in ‘Purple Skeleton’. The upper is characterised by the skeleton print atop a spooky purple while the outsole is glow-in-the-dark for all that late-night Halloween spooking. It picks up from last year’s orange colourway which sold out quickly. These ones are likely to do the same thing so grab them quickly from Nike on 28th October. 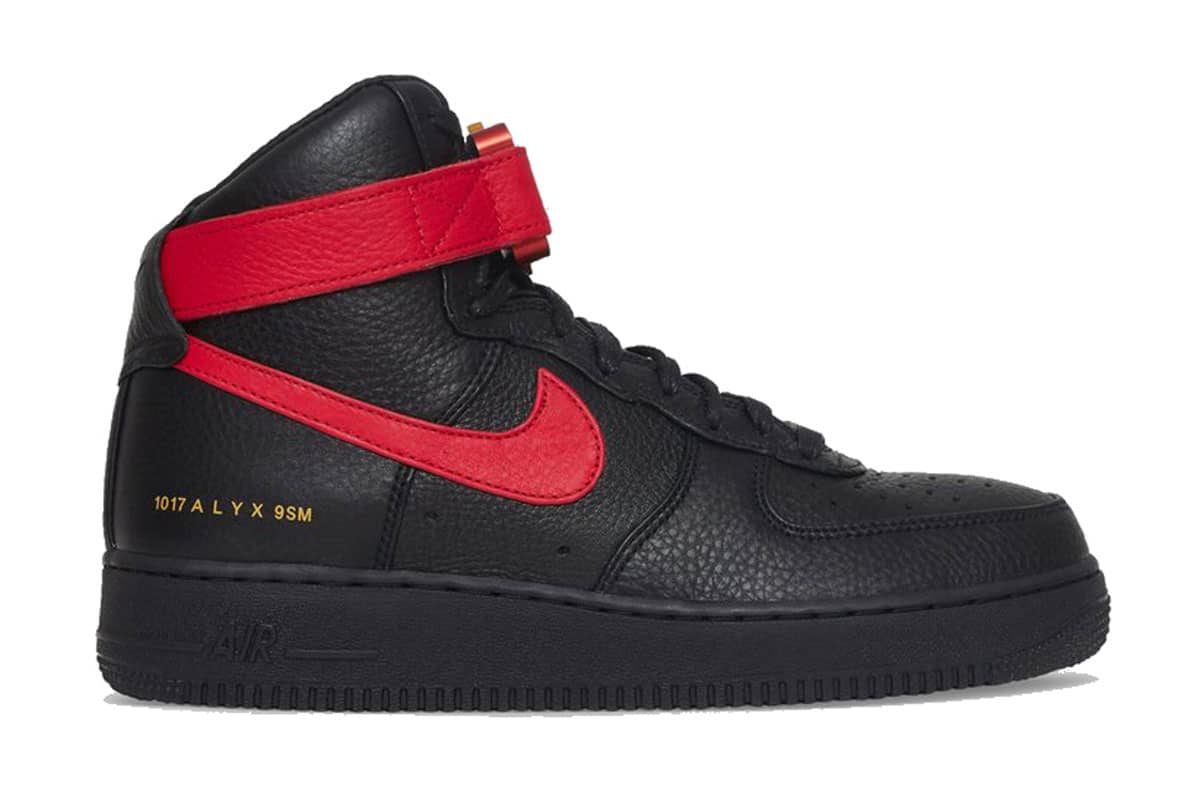 Alyx founder Matthew M. Williams is once again bringing his style to the classic Air Force 1 silhouette. This stark black and university red colourway is defined by the trademark Alyx buckle which is successfully designed to be the centrepiece of the shoes. This is an elevated version of the Air Force 1 and as such features premium tumbled leather, waxed laces and gold stamping on the heel. They look expensive and they have the price point to match. Nab them at Nike from 27th October. 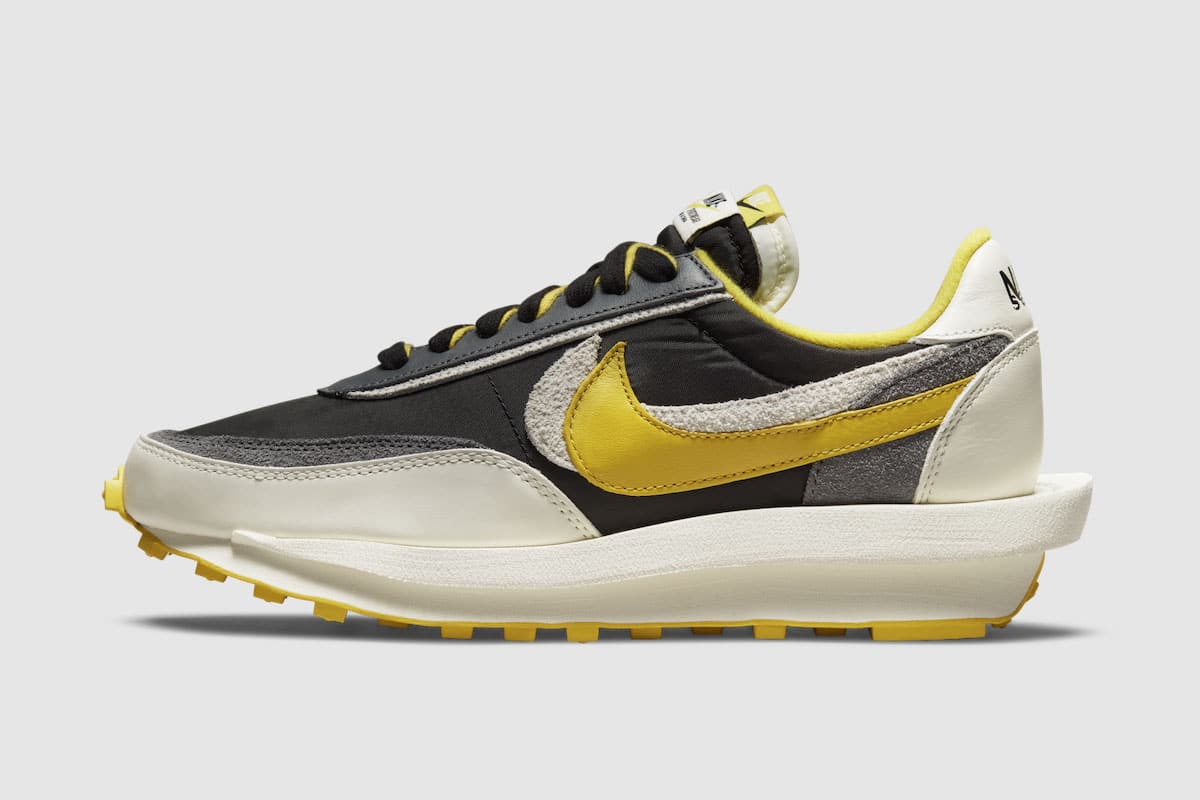 Nike has joined forces with sacai and UNDERCOVER for a triple collaboration that fuses together both the LDV and Waffle Racer. They’re the creative vision of sacai’s Chistose Abe but they have been injected with the flair of UNDERCOVER’s Jun Takahashi who brings the bold colours. It’s a mish-mash of materials and design that spectacularly comes together for an innovative, boundary-pushing pair of shoes. On the upper, suede and leather join forces while the mid-sole with its extended heel. The sacai logo intercepts the Nike logo on the heel while UNDERCOVER take the tongue. Nab three colourways from Nike, including the one pictured, on 29th October. 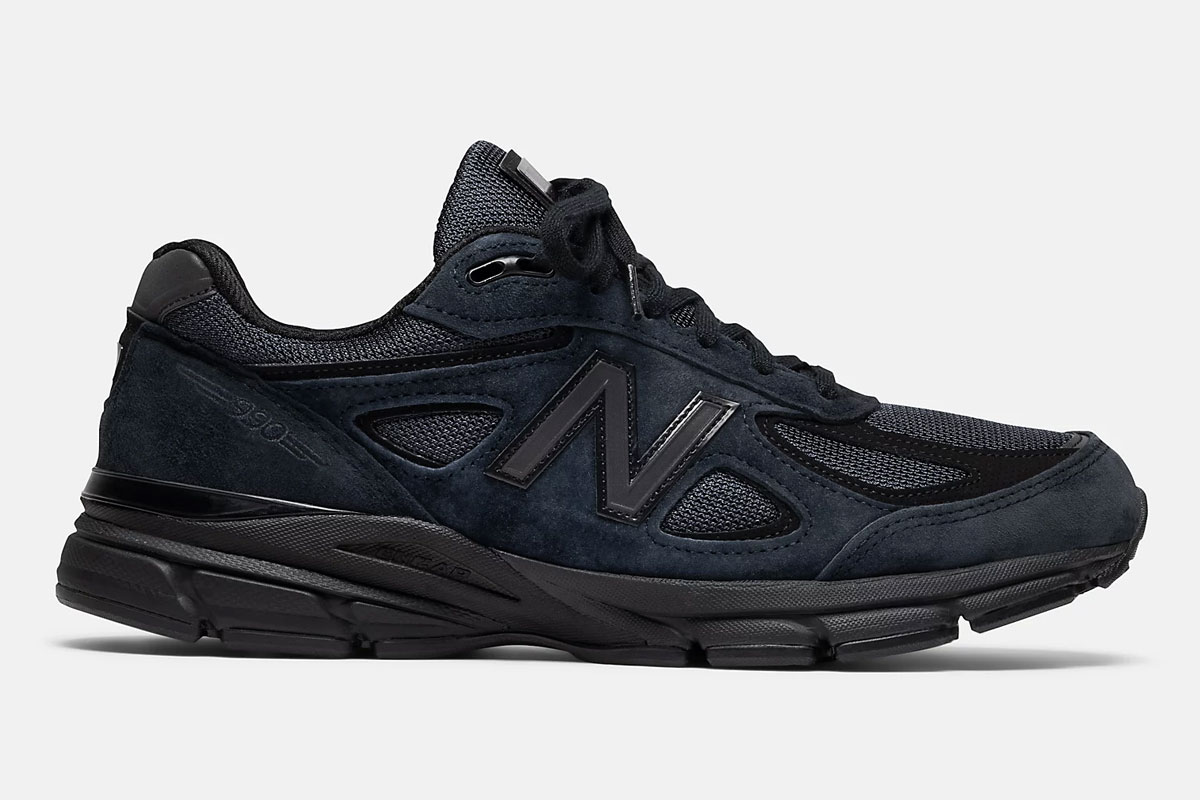 Canadian design studio JJJJound has collided with New Balance once again, this time taking on one of its most trustworthy silhouettes the Made in USA 990v4. The minimal colourway brings together navy and black for a near monochromatic look that is sleek and modern.It features a tonal nubuck and mesh construction with slight textural differences that puts a spotlight on the subtle colourway. Check out the shoes over at New Balance. 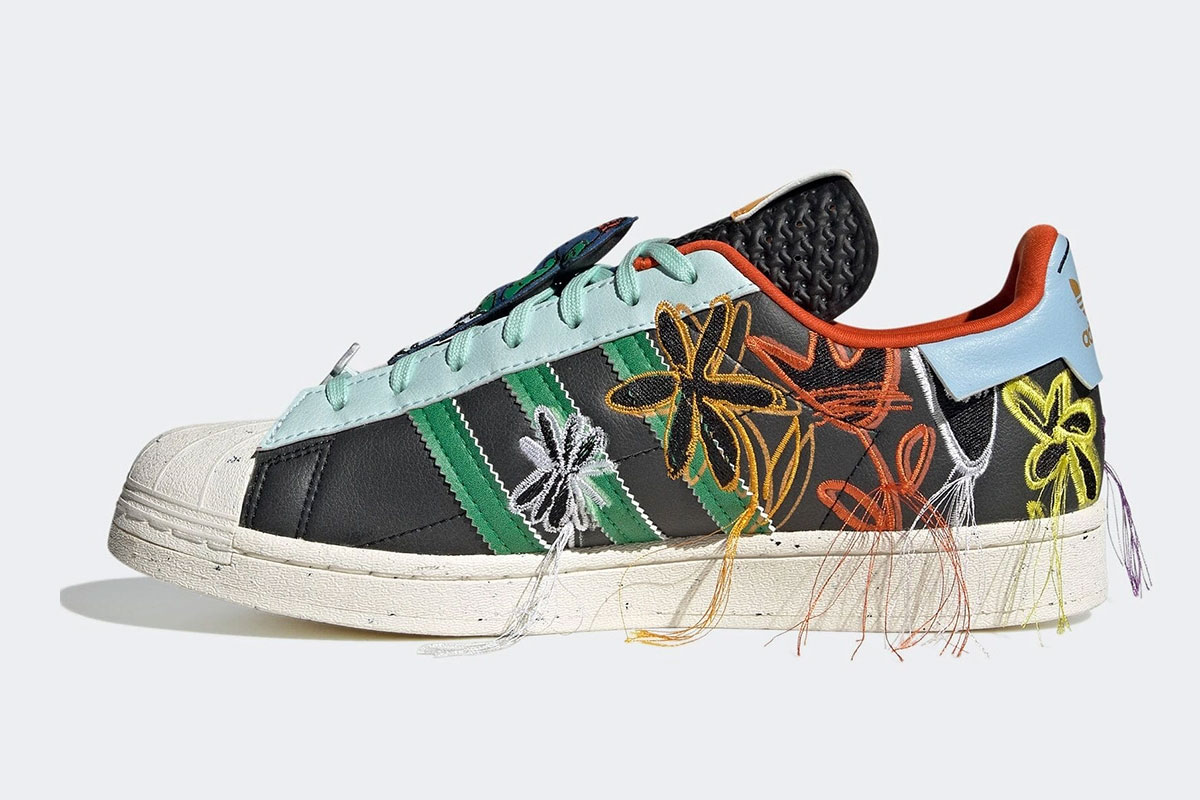 Sean Wotherspoon has delivered some of the most sought-after sneaker collabs of the last few years and this one is no different. He’s taking on the classic adidas Superstar again, following on from last year’s white colourway. These arrive in ‘Core Black’ sticking with the same initiative to end plastic waste by working with only sustainable materials. Floral drawings sketched by Wotherspoon characterise the shoes upper with colourful threading that runs off the shoe. It’s a colourful, multi-faceted shoe that celebrates the earth by both promoting and protecting it. You’ll have to be fast over at adidas to cop them on 28th October. 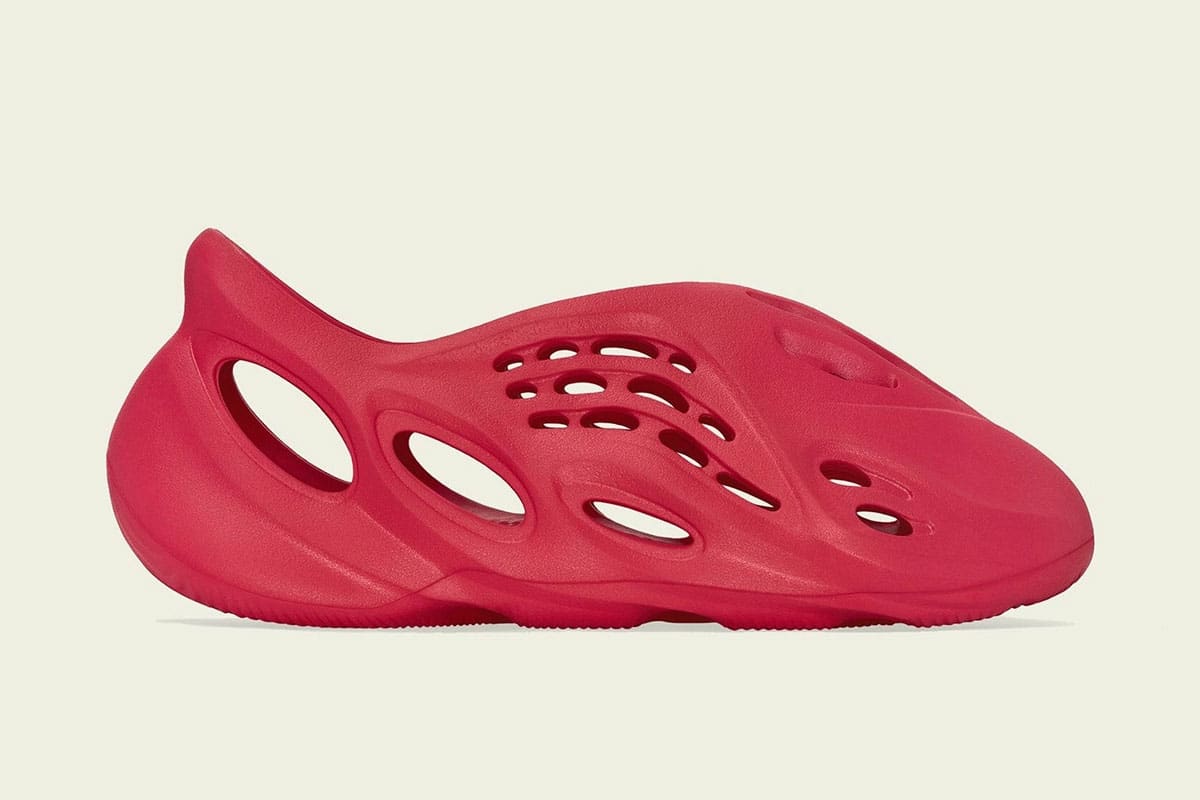 Just like Crocs, the YZY Foam Runner has become one of the most controversial cops of the year. The ‘Vermillion’ colourway is one of the boldest drops yet drawing even more eyes to the clog-like shoes which are made out of algae and EVA foam. All the colourways released since 2020 have sold out almost instantly so you’re going to have to be quick if you want in on the Foam Runner hype. They are set to drop at adidas on 28th October. 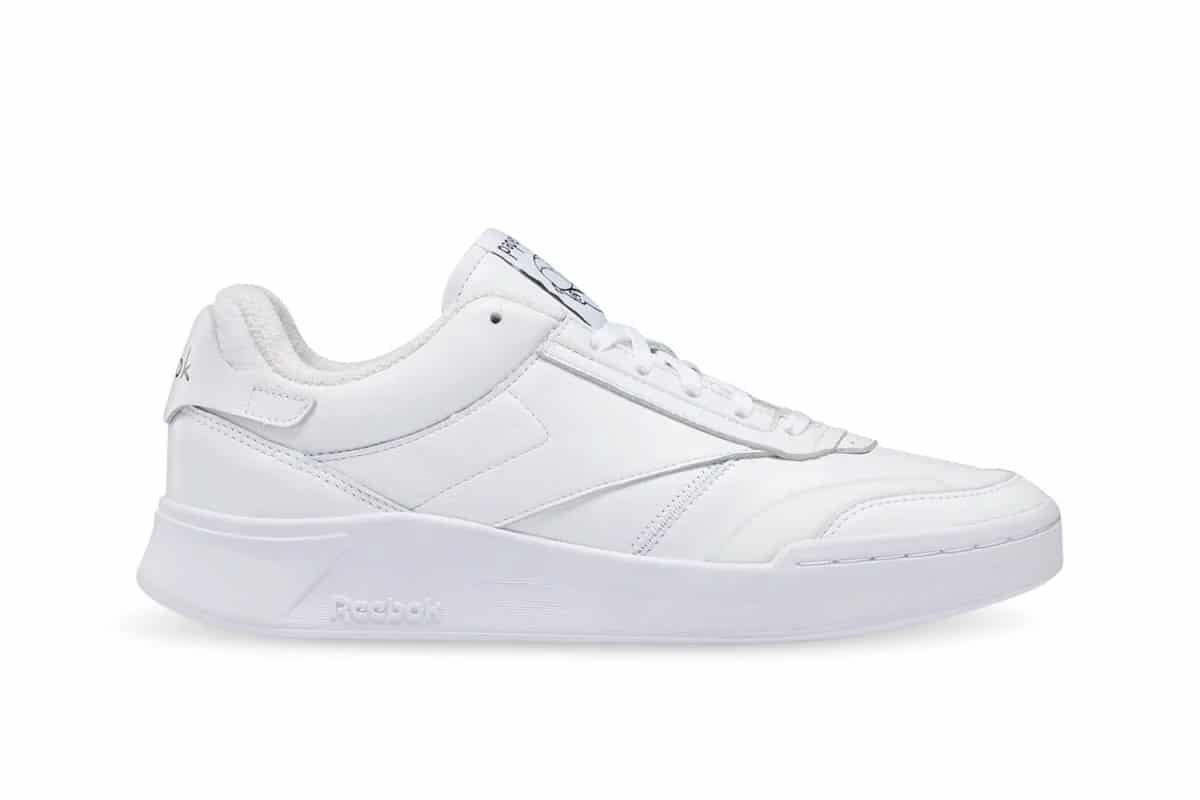 The Reebok Club C has drawn plenty of collaborators with the classic shoe acting as a canvas for creatives from all over the world. For this one, French eatery Paperboy teams with Japanese label BEAMS for a subtle but effective, all-white shoe. It’s all about the small details here with the upper characterised by a Paperboy cartoon on the tongue and a handwritten Reebok logo on the heel. They’re crisp and playful without having to do too much. Subtype currently has them listed as ‘Coming Soon’.