Over the past few years, we’ve seen a tidal wave of new smartwatches hit the market and frankly, we’re getting a little sick of them. Where traditional watchmakers can rely on a legacy of elegance and sophistication as evidenced through a multitude of moving parts, smartwatches and the brands that create them opt to plug new technology. In a sense, there’s an element of blind trust involved in smartwatch connectivity, whether it be how many calories you’re actually burning in that workout or how many steps you took that day. On the outside, the similarities are obvious, but beneath the surface, the new-age accessories differ greatly from the tangible, centuries-old practice of watchmaking and few brands have been able to marry the two with any such ease. TAG Heuer, however, has done just that. 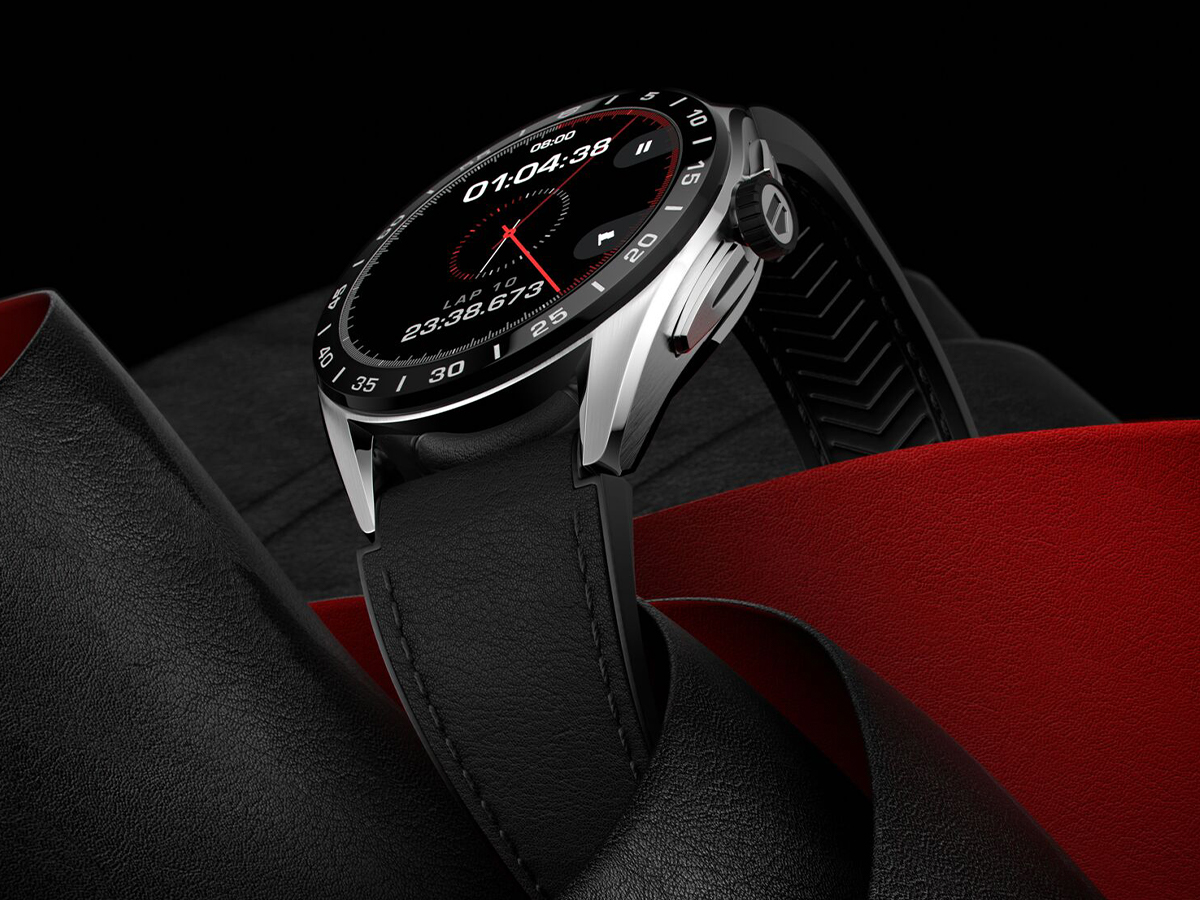 Since it was first released in 2015, the TAG Heuer Connected watch has blurred the lines behind Swiss horology and modern technology. For the new 2022 lineup, the La Chaux-de-Fonds-based watchmaker has unveiled the two iterations of the new Calibre E4 in 45mm and 42mm respectively, alongside an ever-growing ecosystem of sports activities, wellness apps and watch faces inspired by TAG Heuer’s chronograph heritage.

“With these two new, very different Connected watches, we hope to bring a new generation of TAG Heuer Connected Calibre E4 to a wider range of customers, becoming a companion in their daily lives: from business to sport activities to the most elegant dinners,” Frédéric Arnault, TAG Heuer CEO said. “Since 2015, TAG Heuer has been a pioneer in the luxury connected watch sector. The development of these new watches highlight how Connected has become a pillar of TAG Heuer, alongside Aquaracer and Carrera, building on 160 years of Swiss watchmaking experience.”

Looking at the two new pieces, it’s easy to see where TAG Heuer has placed its emphasis. The 42mm Connected Calibre E4 has been redesigned with a thinner case and ergonomic steel pushers, giving it a more versatile silhouette. From there, the thin bezel and bracelet have been fully integrated into the design, following a similar move from the more established tech players like Apple. The larger 45mm model, however, retains a truly sport-heavy approach. 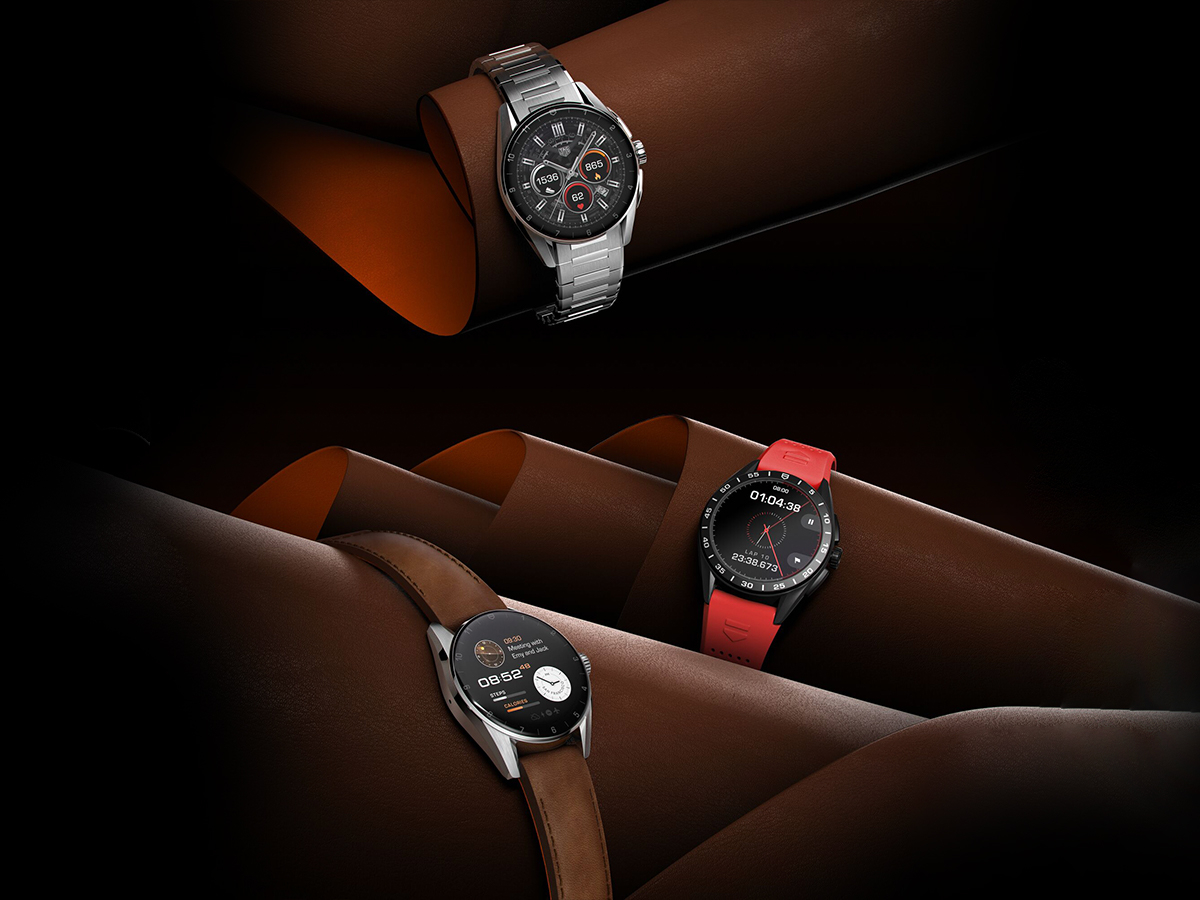 A play on the traditional high-end timepiece category, this Connected piece features a strong ceramic bezel that has been significantly altered from previous models to give what TAG Heuer calls an ‘increases sense of flow’. Visually, the large diameter crown is hard to miss, but a welcomed addition for ease of use, something that fans pointed out in previous models. But above all else, TAG Heuer has clearly tried to play its cards to its chest, maintaining the same look and feel from its classic traditional timepieces and employing them in this digitally-enhanced iteration. It’s a theme that continues on the watch face.

For TAG Heuer Connected Calibre E4, the brand has dropped a series of curated faces based on the brand’s rich watchmaking heritage, alongside some fairly impressive animations. The new ‘Riverside’ watch face, for example, is animated with an immersive futuristic effect of time elapsing, while the new `Wellness` watch face provides information on exercise direct from the watch’s home screen, such as live heart rate and steps. To complement this, TAG Heuer has also improved the Sports app, which now delivers guided workouts, fitness information and sports tracking, along with new compatibility for running, cycling, swimming, golf and walking 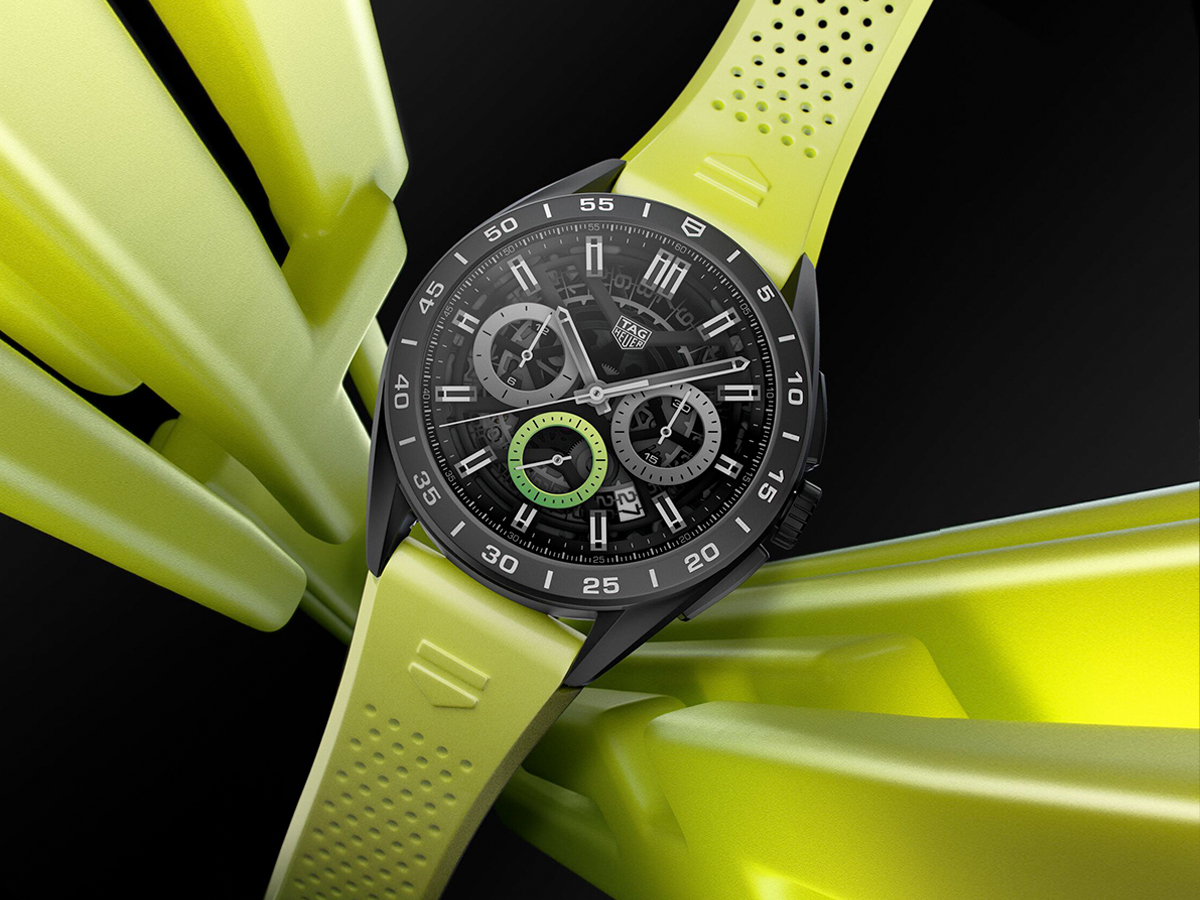 The all-new guided workouts feature is loaded with programs of exercises with pre-set lengths, all directed through on-screen prompts highlighted by animations on screen. You can even customise your own routine by inputting the data and setting up the workout.

For a brand that is certainly more on the horology side than the technology, the 2022 TAG Heuer Connected models do take a bold new step in the right direction. Contrast on the screen has been improved, battery life is up 30 per cent and data synchronisation has been boosted courtesy of the new Bluetooth 5.0 connectivity. But for all the new technology and innovative updates, what makes the TAG Heuer Connected stand out is simple – It knows what it is – a smartwatch that is watch first and technology second. And rightfully so.

The new generation of the TAG Heuer Connected Calibre E4 watch will go on sale on March 10 this year, with both model available in select stores worldwide and online. The 42mm starts from AUD$2,600 with the 45mm starting from AUD$2,950. 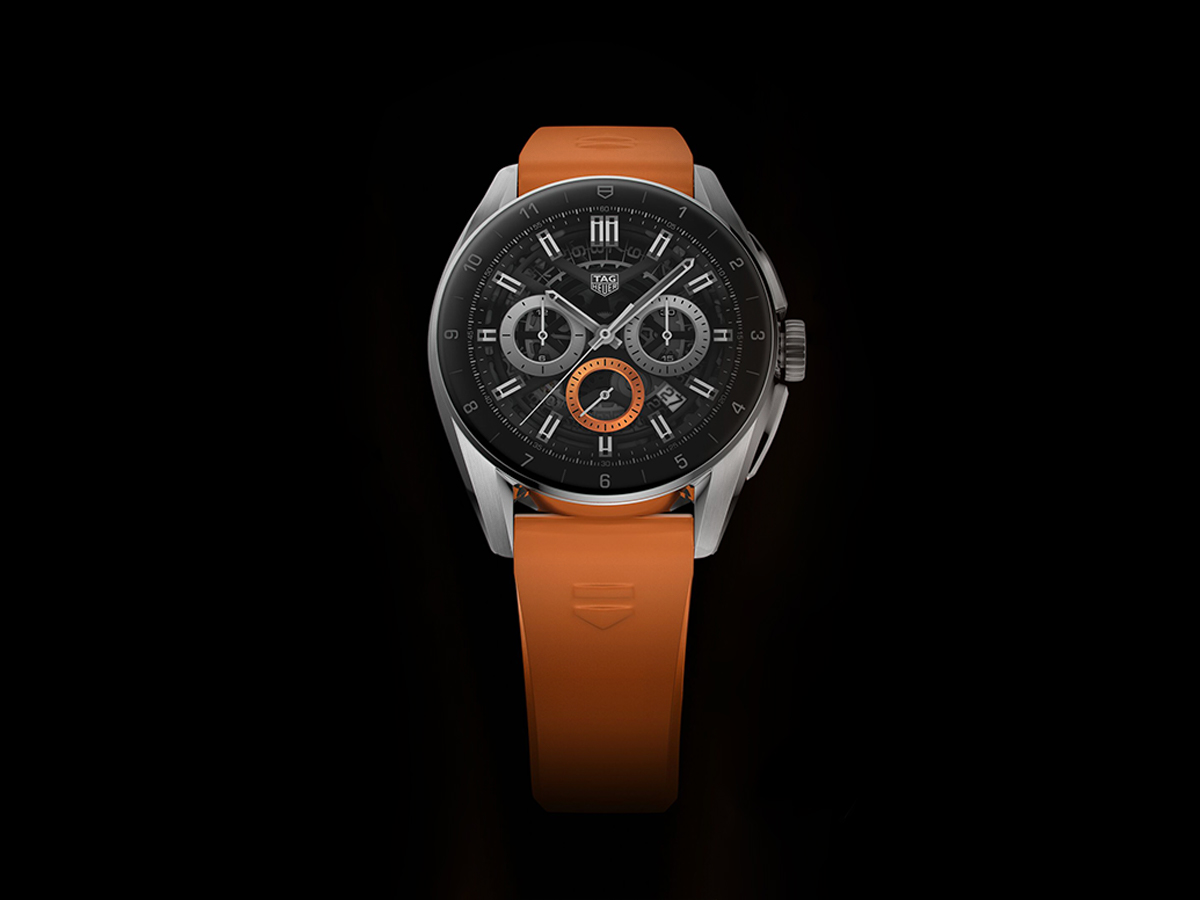