We all have that friend that likes to tell us the new whisky he’s drinking is the ‘best you’ll find anywhere’, only to be greeted with a foul-tasting, gelatinous spirit that burns as much on the way down as it does on the way up. If you’re friends with Jim Murray, however, you can afford to be a little more reliant on his advice. The writer has become synonymous with the best whisky in the world, having put his name to an annual review of the year’s top releases and despite the uncertainly of 2020, he’s back at it again. 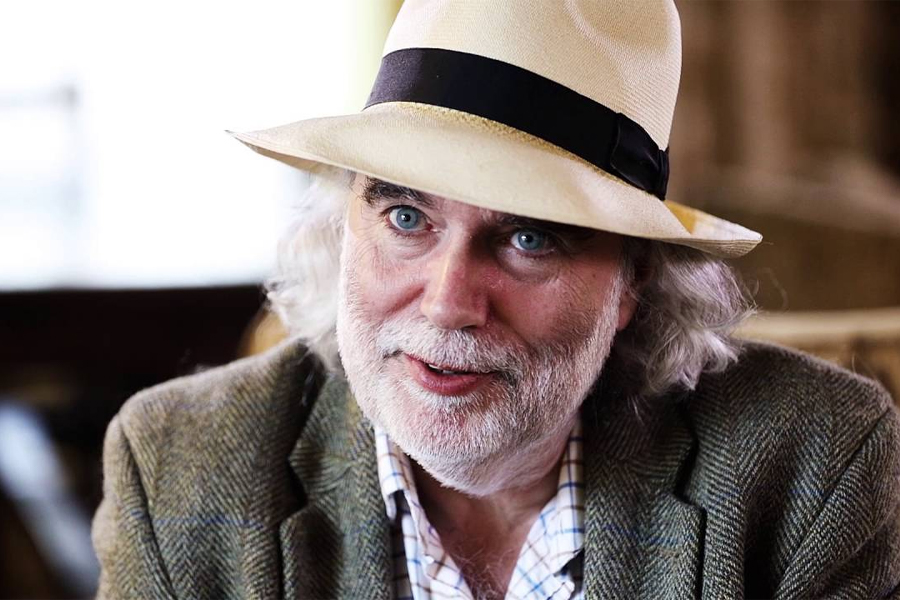 Released earlier this month, Jim Murray’s Whisky Bible 2021 gives a rundown of the world’s best whisky, exploring different regions, territories and styles. Containing tasting notes for around 4,500 drams, the new book is a guide to discovering the true nature of whisky and learning the craft in the process. Arguably the world’s most famous whisky writer, Murray’s list of the best whisky in the world may not be to everyone’s tastes, but scoring high marks in his book is a recipe for success in the spirit arena.

“The one thing that tasting 1,250 whiskies a year for this book has reinforced in my mind, is that for people to really enjoy whisky of whatever type, then they have to let go of the past and learn to swim,” Murray said. With that in mind, Murray revealed the theme for this year’s edition is ‘new releases, new distilleries and letting the past be the past’.

For this 2021 edition, Murray has taken into account the best whiskies from across the globe ranging from Scottish Single malts to Australian; from Canadian to Austrian. Whiskies from over 30 different countries are included and evaluated in trademark Murray style. So, who made the list of the best whiskies for 2020?

For the Whisky Bible 2021 edition, Murray’s choices take readers on a trip around the globe. Rather than seeing the standard names at the top of the list, some unknowns have scored well, including a couple of surprising winners. If you are keen to up your knowledge in the whisky game, this is the tool to do so. 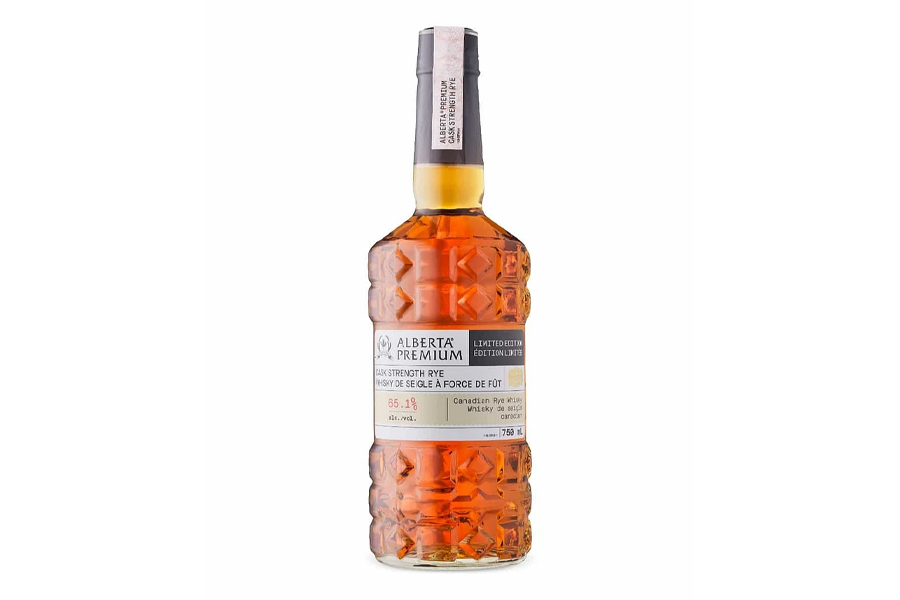 Murray’s top pick for this year was Alberta Distiller’s Alberta Premium Cask Strength Rye. The Canadian premium release offers a different approach to traditional whisky, coming from a decidedly less prestigious background. While most of the best whiskies in the world like to tout their historical credentials, Alberta Distillers has crafted a strange reputation.

For years, the brand has been selling its rye whiskey to producers south of the border, including award-winning Masterson’s and WhistlePig. These producers then bottled it under their own labels, leaving Alberta with little recognition. It’s a big reason why back home, the label was considered cheap, often used as a flavouring whisky or watered down to create a decent blend.

In late 2019, however, the company launched a Cask Strength and a Cask Strength Rye that would go on to redefine what Alberta Distillers was all about. “A succulence to the oils, balanced perfectly by ulmo and manuka honeys ensure for the most chewable Canadian mouthful possibly ever and yet this is constantly salivating, from the very first nanosecond. Truly world-class whisky from possibly the world’s most underrated distillery. How can something be so immense yet equally delicate?” Murray wrote in his Whisky Bible 2021 release before giving it a whopping score of 97.5 out of 100. As far as official awards go, being named as the best whisky 2020 by esteemed professional Jim Murray should go a long way in cementing that new reputation. 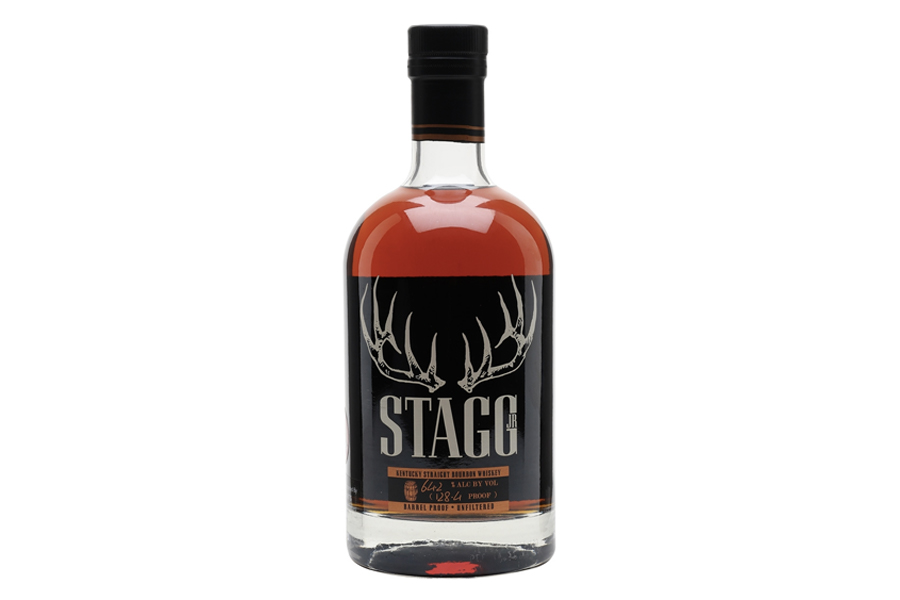 Obviously this year, Murray was into the strong stuff. Taking out second place in the writer’s best whisky 2020 list was the Barrel Proof from Stagg Jr. A subsidiary of Buffalo Trace’s George T. Stagg label, Stagg Jr offers a more affordable and accessible bourbon option that is more than worth the taste-test.

The Barrel Proof edition clocks in at 129.7 proof, making it an unfettered, unfiltered effort that offers American wood-aged spirit fans a taste of the golden era. This release has aromas of chocolate, brown sugar and cloves on the nose, while the palate offers notes of lively rye spice, cherries, wood smoke and vanilla. The strong showing wasn’t enough to be labelled world best whisky this year, but it came damn close. 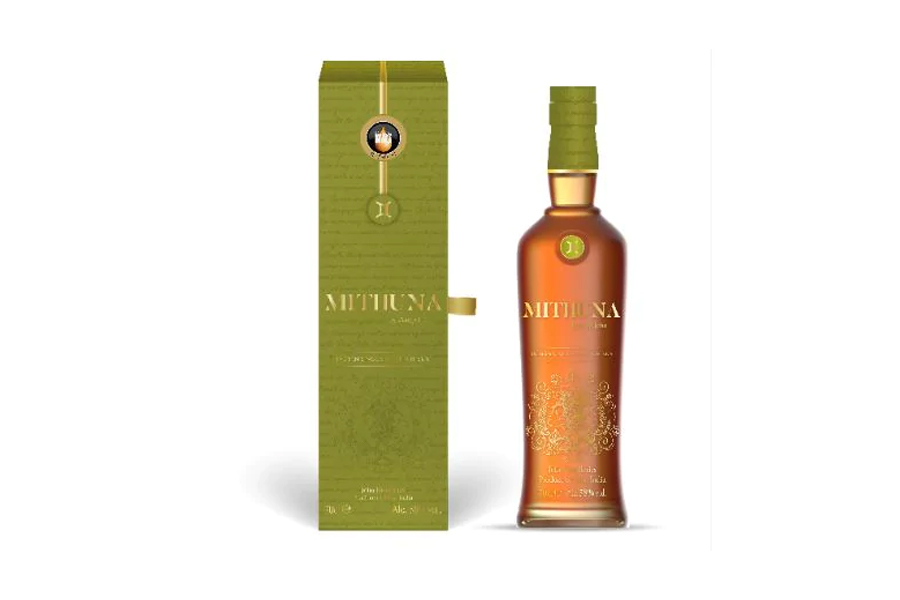 Third place on Jim Murray’s list of the best whiskies 2020 was an unexpected winner. Paul John Mithuna from Goa-based Paul John Distillery nabbed the bronze, marking the first time a south Asian whisky has secured one of the coveted positions. According to Murray, the Indian-born whisky’s “sensational chocolate and spices complexity” were a major success, awarding it a solid 97 marks out of 100.

“India is not generally known for its whiskies so we’re incredibly proud and frankly, over the moon with this accolade,” said Mark Brown, Sazerac company president and chief executive officer. “To have our whiskeys named the second and third finest whiskeys in the world is astonishing, especially following last year’s three top spots in the Whiskey Bible. It is truly a testament of the skill and dedication of not only our Master Distillers Harlen Wheatley at Buffalo Trace Distillery, and Michael D’souza at Paul John Distillery, but to all of our team members at Sazerac. We could not be happier and motivated to continue our quest to create the world’s best whiskey.”

For whisky fans who can’t quite place the name, don’t be deterred; the Mithuna is still a month away from be released. The second expression in Paul John’s Zodiac series of whiskies, this whisky hit the mark for Murray. “If Mithuna means ‘ultimate’, then it is the perfect name. Or maybe Mithuna means ‘perfect’, then it is pretty close,” he wrote. “It is that very rarest of things. And, if nothing else, announces Paul John Distillery on the world stage of truly great distilleries. This is a whisky to devour while it devours you.” 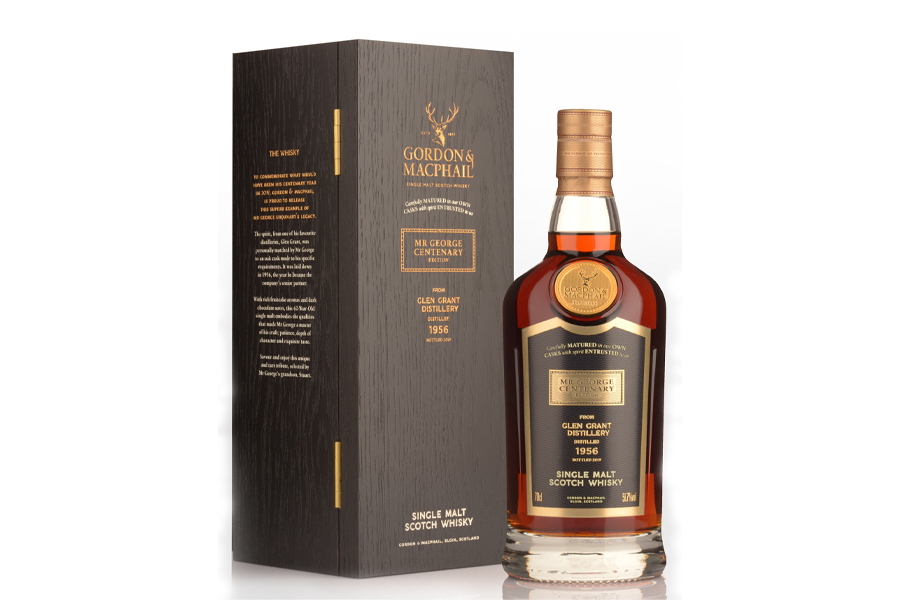 At over AUD$7,000 a bottle, you’d expect the 62 Year Old Glen Grant to be something special. The work of indie bottler Gordon & McPhail, this single malt has been dubbed Mr George Centenary Edition in honour of George Urquhart, creator of Gordon & MacPhail’s renowned Connoisseurs Choice range. Amazingly, this release was filled into a first fill sherry butt back on 13 December 1956 and bottled in June 2019, more than six decades later.

As far a luxury goes, it’s hard not to be taken with handsome glass decanter and wooden presentation case, but be warned, there were only 235 bottles ever released. Murray noted that the single cask was one of the world’s best whiskies thanks to its rich fruitcake aromas on the nose. Combined with liquorice and toffee flavours on the palate, the 62 Year Old Glen Grant is one of the most impressive releases Murray had seen. Scotch Grain of the Year:
Cambus 1979 The Perfect Fifth 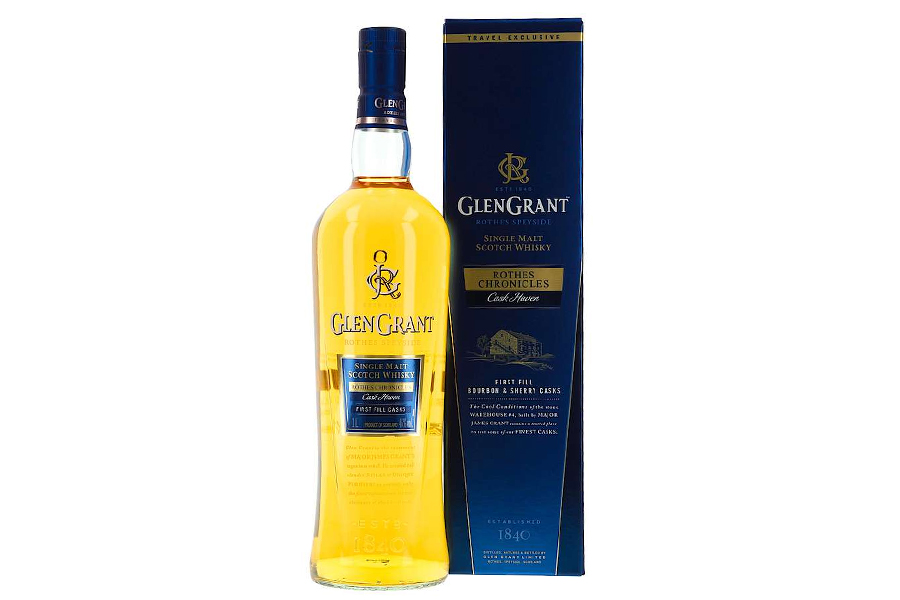 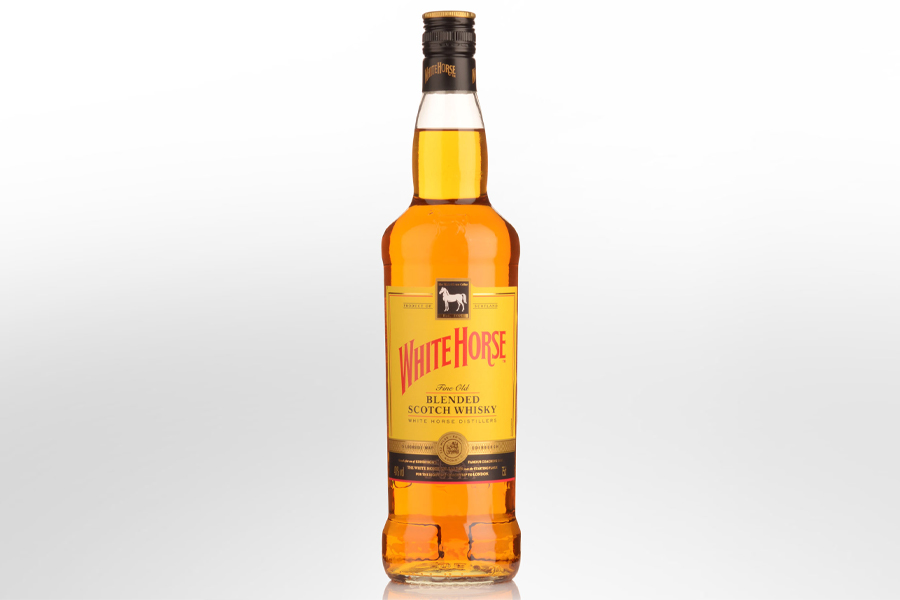 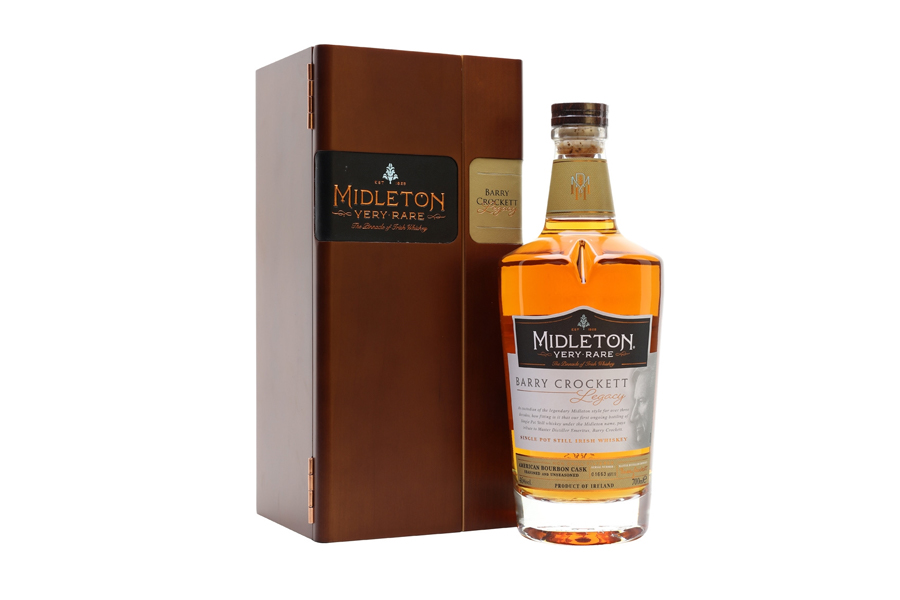 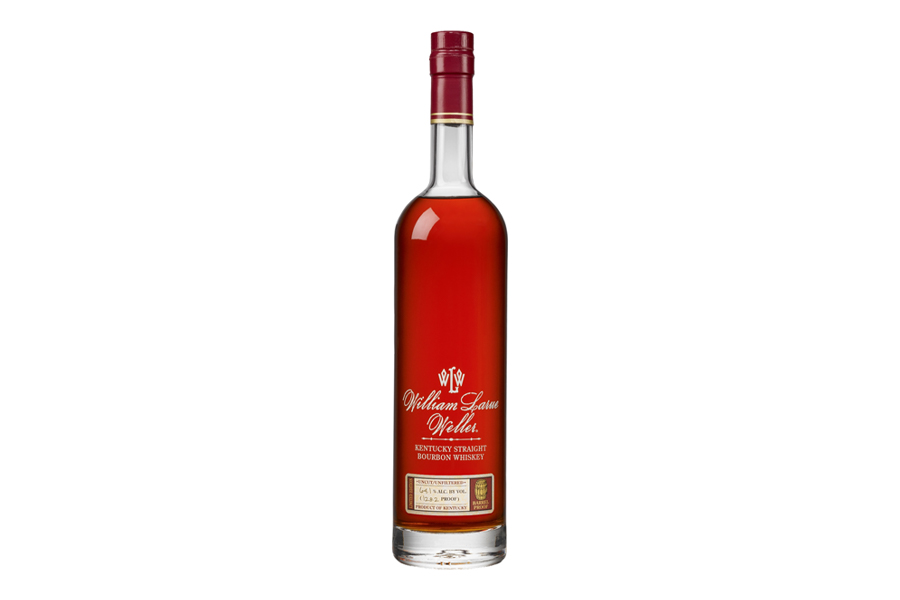 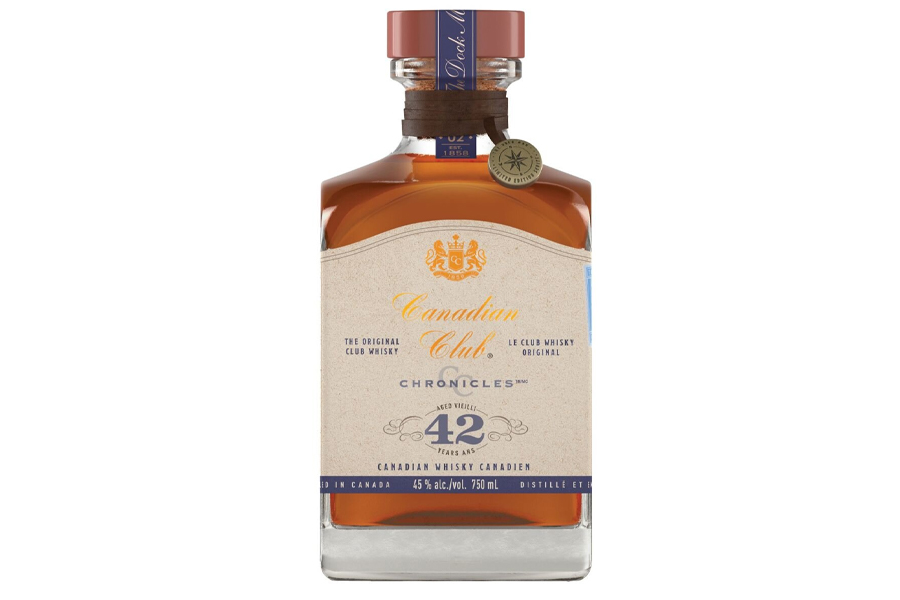 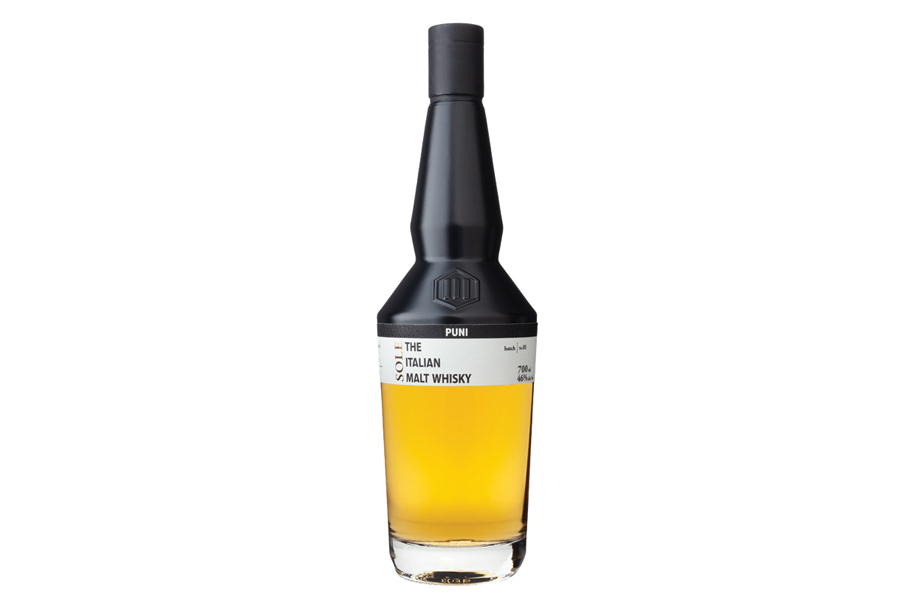 Swedish Whisky of the Year:
Mackmyra Svensk Single Cask Whisky Reserve The Dude of Fucking Everything 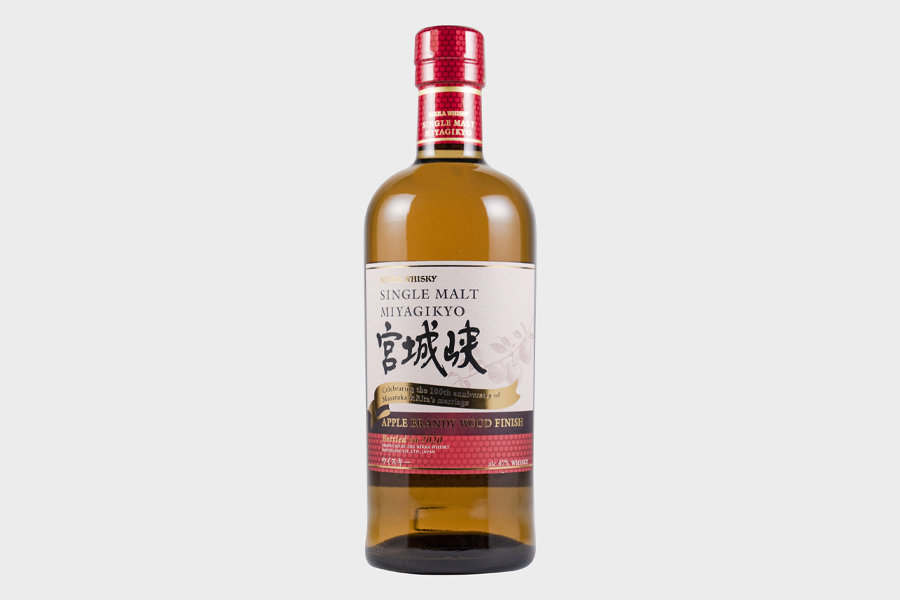 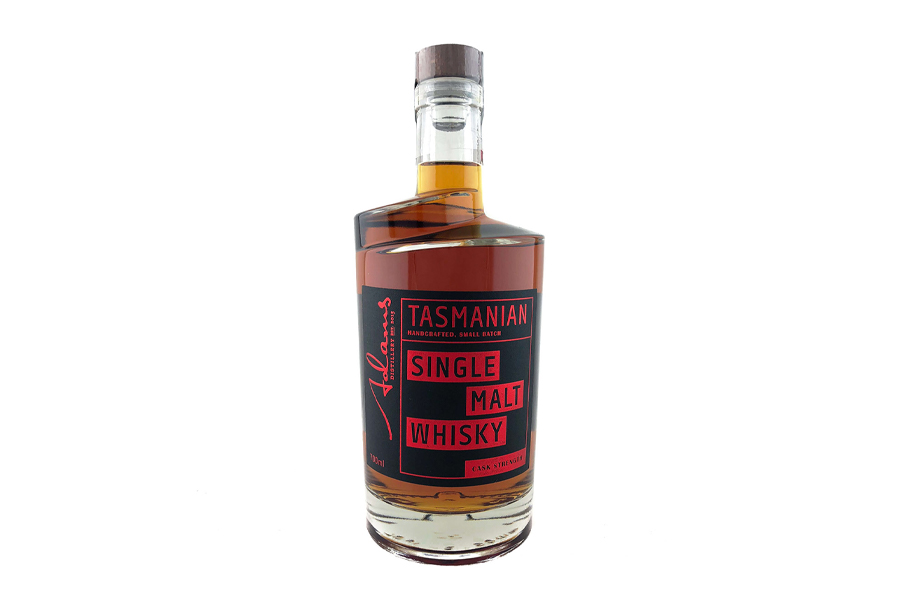 Who is Jim Murray?

Jim Murray is a legend of world whisky. More than 25 years since he became the world’s first-ever full time whisky writer, his recommendations remain as relevant as ever. This 2021 edition of his Whisky Bible marks the 18th year of annual publication.

Buffalo Trace Distillery is a distillery in Frankfort, Kentucky, that is owned by the Sazerac Company. It has historically been known by several names, including the George T. Stagg Distillery and the Old Fire Copper (O.F.C.) Distillery.