Thanks to intense training sessions, serious fluid intake, and some quality diet food, Chris Pratt went from sitcom star to superhero in relatively little time. It’s no secret that the actor wasn’t exactly rocking the most cut physique during his stint on Parks and Rec, which makes his rapid transformation all the more impressive. And if you happened to catch him in the recent Amazon film The Tomorrow War, then you already know that the Chris Pratt workout and diet plan continues to deliver results.

Meanwhile, one can essentially pinpoint the exact moment of Chris Pratt’s body transformation from Andy Dwyer (of Parks and Rec) to Peter Quill (of Guardians). It arrived in the form of a 2014 Instagram selfie, which showed off the actor’s newly shredded muscles and upper torso. The improvement didn’t happen overnight but it certainly seemed spontaneous, prompting his many fans to ask: what exactly is the Chris Pratt Guardians of the Galaxy diet and workout plan? Today, we find out. 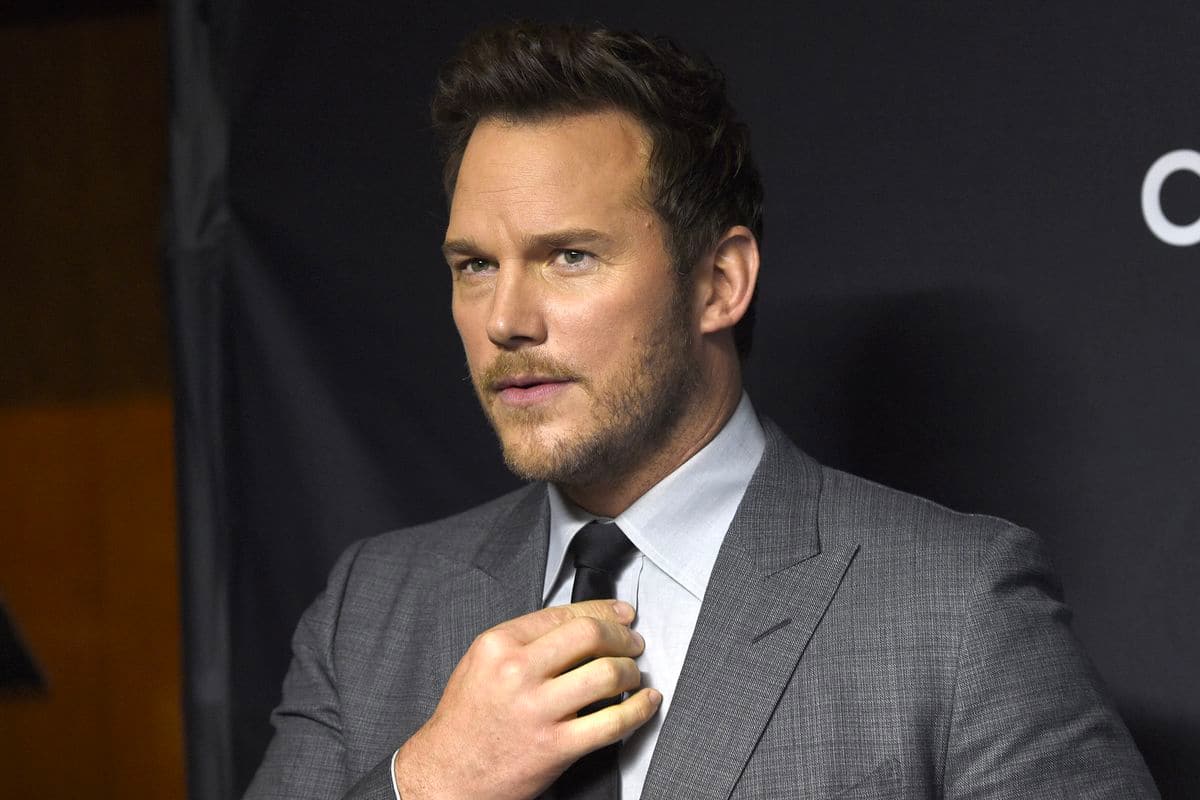 Who is Chris Pratt?

Before playing a superhero on the big screen, Chris Pratt underwent a hero’s journey of his own. Born in Virginia in 1979 to a supermarket employee and a miner turned house remodeler, Pratt moved with his family to Washington at the age of seven. He wrestled in high school and later dropped out of community college, working as everything from a ticket salesman to a male stripper. Whilst waiting tables and living out of a van in Maui, he was discovered by actress and director Rae Dawn Chong, who cast him in her short film.

Consumed with the acting bug and striving for fame, Pratt appeared in a number of TV shows and films throughout the early aughts. His big break came in 2009 when he landed the role of Andy Dwyer on the hit comedy series Parks and Rec. That paved the way for an A-list film career and two high-profile marriages. From one role to the next, Chris Pratt’s weight often fluctuated and so too did his commitment to fitness. Even as recently as The Tomorrow War, Pratt was making up for weight gain through an intense workout and diet program.

Pratt’s dedication to exercise and diet food may waver from time to time, but his dedication to religion remains firmly intact. A proud non-denominational Christian, he routinely attends church in Los Angeles. No less dedicated a father, he has a son with former wife Anna Faris and a daughter with current wife Katherine Schwarzenegger. 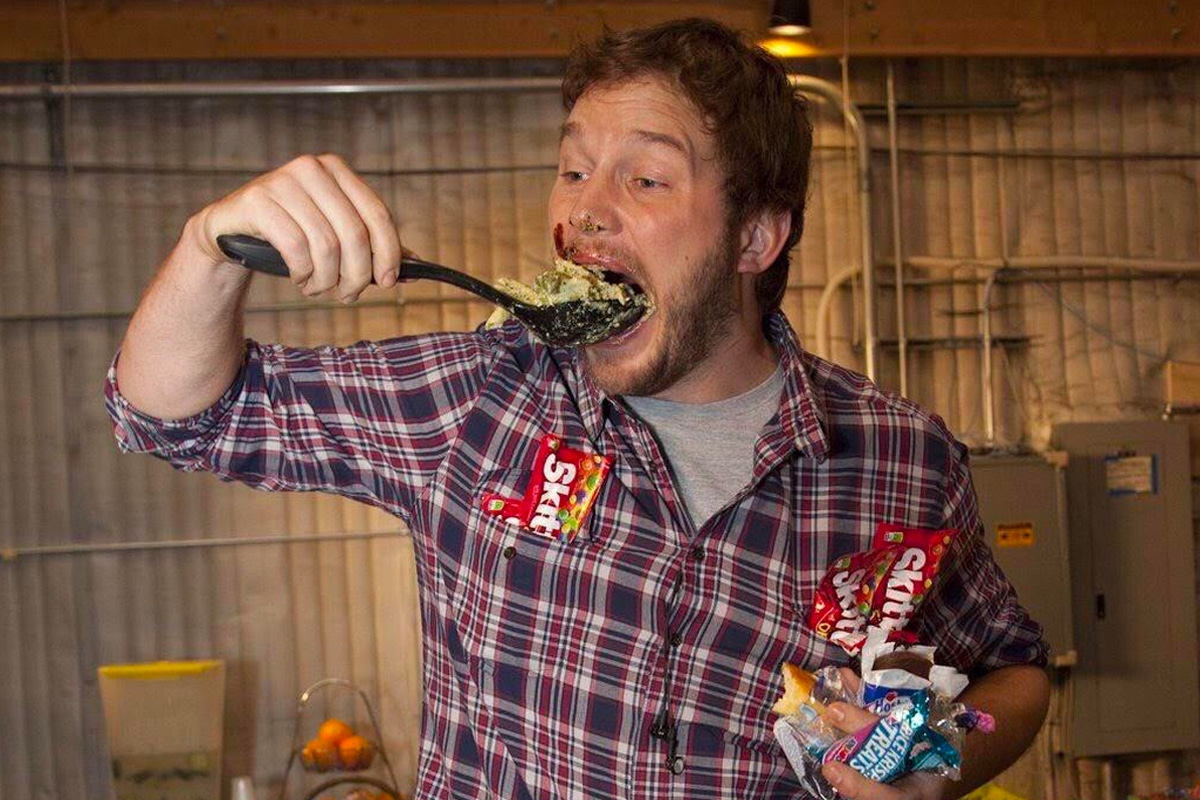 With help from a nutritionist and personal trainer, Chris Pratt’s body has undergone dramatic improvements over the years. He first shed pounds when vying for a part in the 2011 sports drama Moneyball but quickly gained back some of the weight after production wrapped. A few years later, he famously lost over 60 pounds when preparing for the role of Peter Quill—aka Star-Lord—in 2014.

At the heart of Chris Pratt’s Guardians of the Galaxy diet was a plan designed by nutritionist Phil Goglia, who implemented some fundamental changes. What might come as a surprise to some is that Pratt actually increased his overall calorie and water intake, whilst simultaneously spending more time at the gym. As a result, he was able to build mass and then convert that mass into lean muscle. 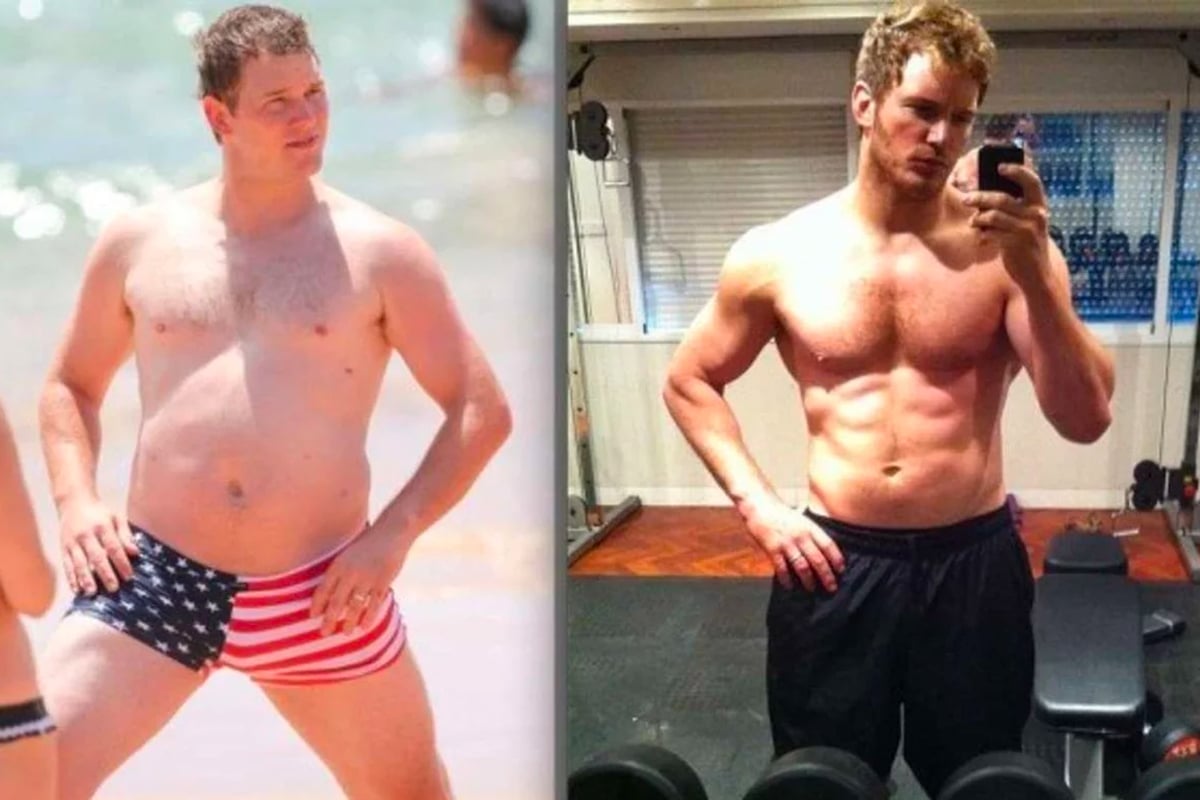 In terms of actual diet food, Chris Pratt focussed almost exclusively on healthy consumption. For starters, he swapped out fried foods for protein-rich and nutrient-packed alternatives such as steak, fish, chicken, eggs, and vegetables. Along similar lines, he cut down on refined carbs and opted instead for complex carb sources like brown rice, oats, and sweet potatoes. For a cheat snack, he ate the occasional scone in lieu of a more traditional or excessive dessert. He also consumed plenty of supplements such as whey protein and BCAAs.

As mentioned above, Chris Pratt’s diet plan also involved a dramatic increase in water consumption. According to legend, he drank so much water that bathroom breaks were becoming a noticeable part of his daily routine. It’s a tactic he maintains to this day, having taken similar measures when preparing for The Tomorrow War.

Should you want to kick off a Chris Pratt Guardians of the Galaxy diet of your own, here’s a quick breakdown: 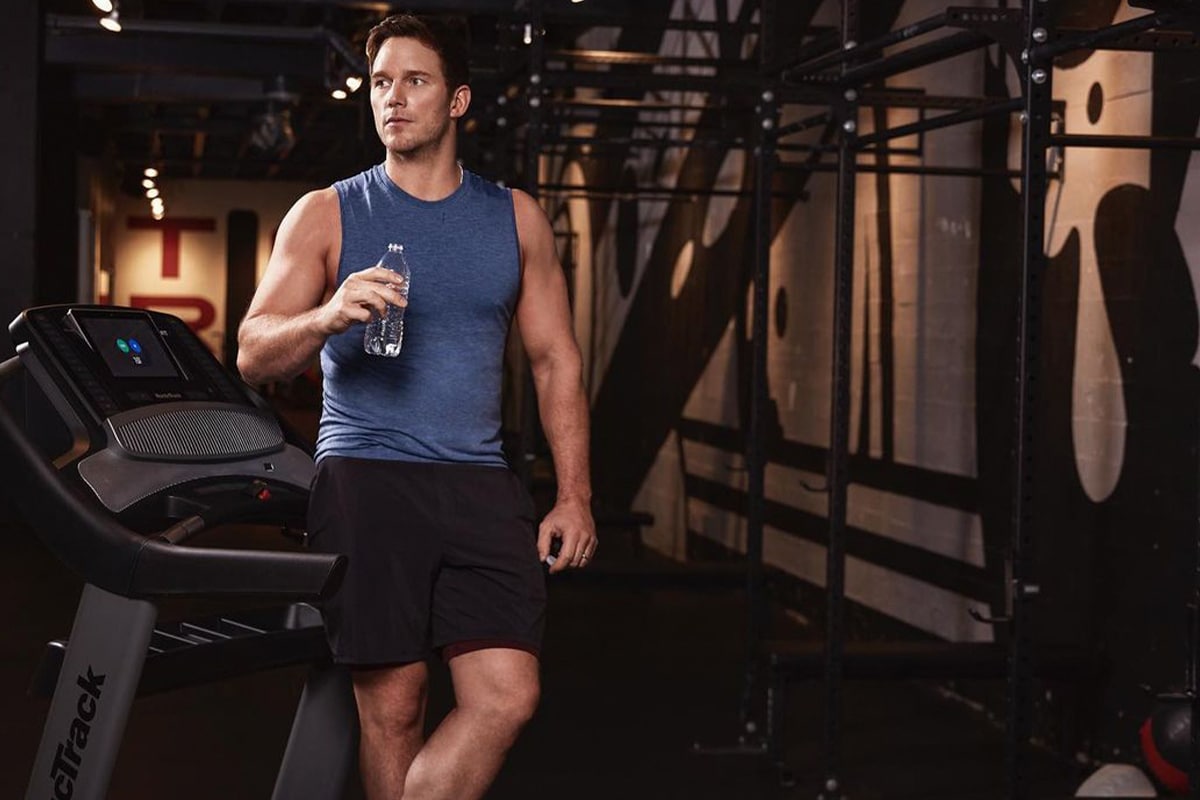 When prepping for Guardians of the Galaxy, Pratt reportedly worked out for five months straight, training for four to six sessions per week. He shed over 60 pounds as a result and dialled up his muscle definition in the process. By the time shooting began, Chris Pratt’s transformation was complete, as evidenced by his iconic Insta selfie.

In the wake of Guardians, Pratt has continued to both gain and lose weight in bouts. However, he’s remained in far better shape overall than he was back in the early days of Parks and Rec. For example, it’s been reported that he shed about 16 pounds when training for The Tomorrow War. Compare that to the 60+ pounds he lost for Guardians and you get the idea.

Ready for a Chris Pratt workout routine of your own? Here’s how to make it happen (as per Jacked Gorilla):

Monday: Back, Biceps, and Abs

Who is Chris Pratt’s personal trainer?

When preparing for 'Guardians of the Galaxy,' Chris Pratt teamed up with personal trainer Duffy Gaver. A former marine sniper and Navy SEAL, Gaver has worked with a number of A-list celebrities.

What is Chris Pratt’s Guardians of the Galaxy workout?