The term ‘EV strategy’ has become somewhat of a buzzword for the automotive industry in the last 18-months. A strong uptick in sales and ever-evolving euro-emissions laws have forced manufacturers to PHEV or EV any model in the lineup that can house some lithium batteries and a couple of electric motors. Thankfully, the result for the customer has been anything but boring. With most moving from an uninteresting diesel or petrol 4-cyl to a peppy small-capacity PHEV or fully-electric drivetrain.

Land Rover is just one of many companies to announce a plethora of Plug-in Hybrid Electric vehicles towards the tail end of 2021. Most excitingly the new Range Rover PHEV headlined them all, but almost every other model in the range is receiving a PHEV variant in the next 12-months, check out their full MY23 Australian-delivered range below.

In the next five years, Land Rover will welcome six pure electric variants through its three families of Range Rover, Discovery and Defender. And to get it out of the way early on, the first all-electric variant will arrive in 2024. In the meantime (and for at least the next half-decade) PHEV variants will encompass the majority of their lineup, so be on the lookout for the following vehicles. 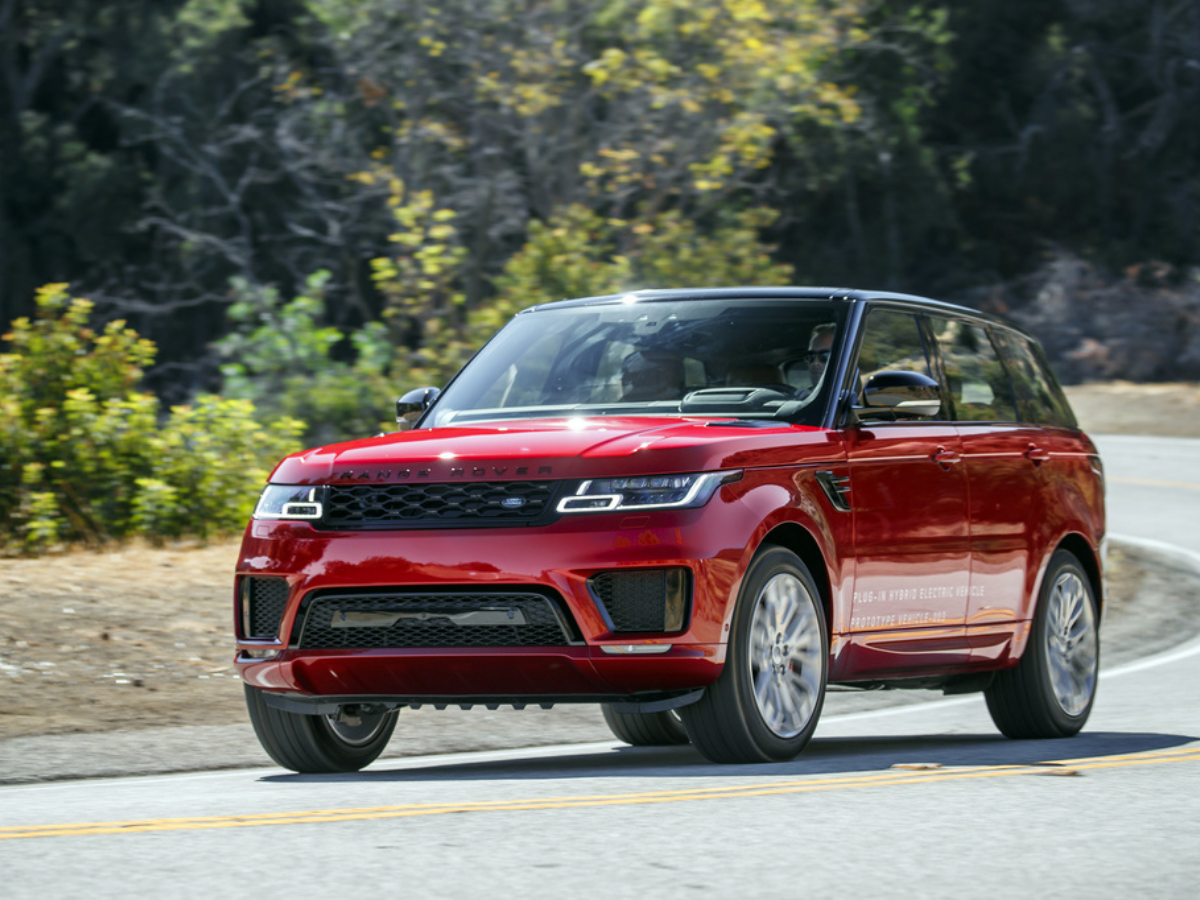 One of the oldest PHEV options you can still purchase today, the Range Rover Sport PHEV is due for an upgrade in the next 12-months, so unless the claimed 48km of all-electric range is enough for your daily commute we’d recommend waiting for the next generation to hit showrooms. It wouldn’t the least bit surprise us if the new Range Rover P510e powertrain made its way into the Range Rover Sport and that boasts a much improved 80-100km of all-electric range, with 510 PS on tap when you’re feeling a little poke-ish. At the very least, we expect to see the all-electric range increased with the new 19.2kWh battery from the Velar PHEV introduced here.

Available: Now (Due for an upgrade soon). 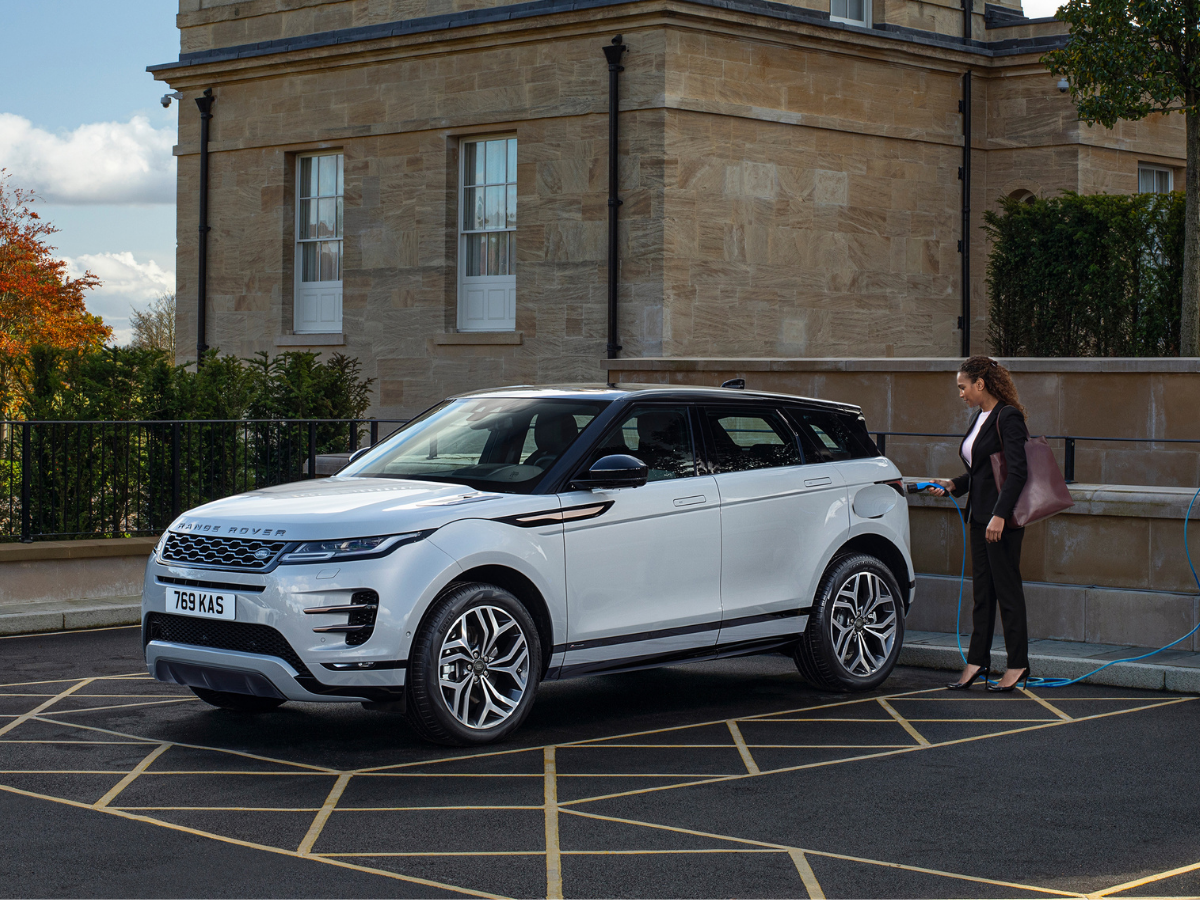 The latest to hit showrooms is the Range Rover Evoque PHEV, available to order from 27th January 2022, this nimble SUV is perfect for the city and boasts a new powertrain option in the form of a 1.5-litre three-cylinder Ingenium petrol engine with an 80kW electric motor integrated into the rear axle. The new motor combination provides all kinds of benefits to the customer in the form of electric range and efficiency. While it might sound minuscule in capacity the new Evoque PHEV still manages a 0-100km/h time of 6.4-seconds which is pretty quick for a car of its size.

Three drive modes of Hybrid (combination), EV (electric only), and SAVE (prioritises the internal combustion engine to maintain battery) means the new Evoque is ready for all scenarios, even when you forget to plug the thing in after work. An EV only range of 62km is more than enough to get you into the CBD and back with a little headroom built in to forget range anxiety. 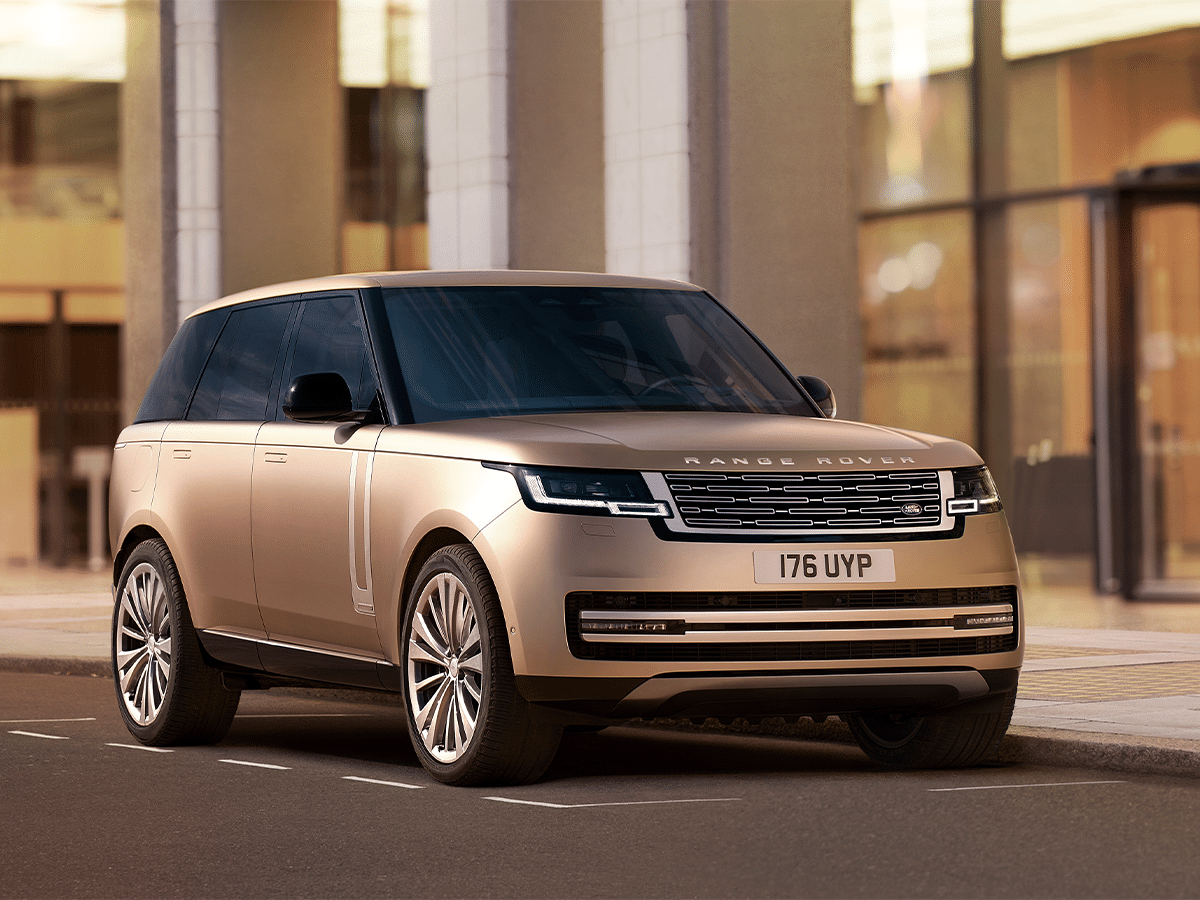 Due to arrive Downunder in the latter half of 2022 the new Range Rover has a road presence unlike anything else gripping the tarmac. The PHEV variant adds some efficient and meaningful practicality into the mix with brand leading all-electric range of up to 100km (if you’re extremely conservative). To check out everything that the new Range Rover offers, check out our in-depth preview by following this link. The tailgate suite is enough to get you excited, trust us. 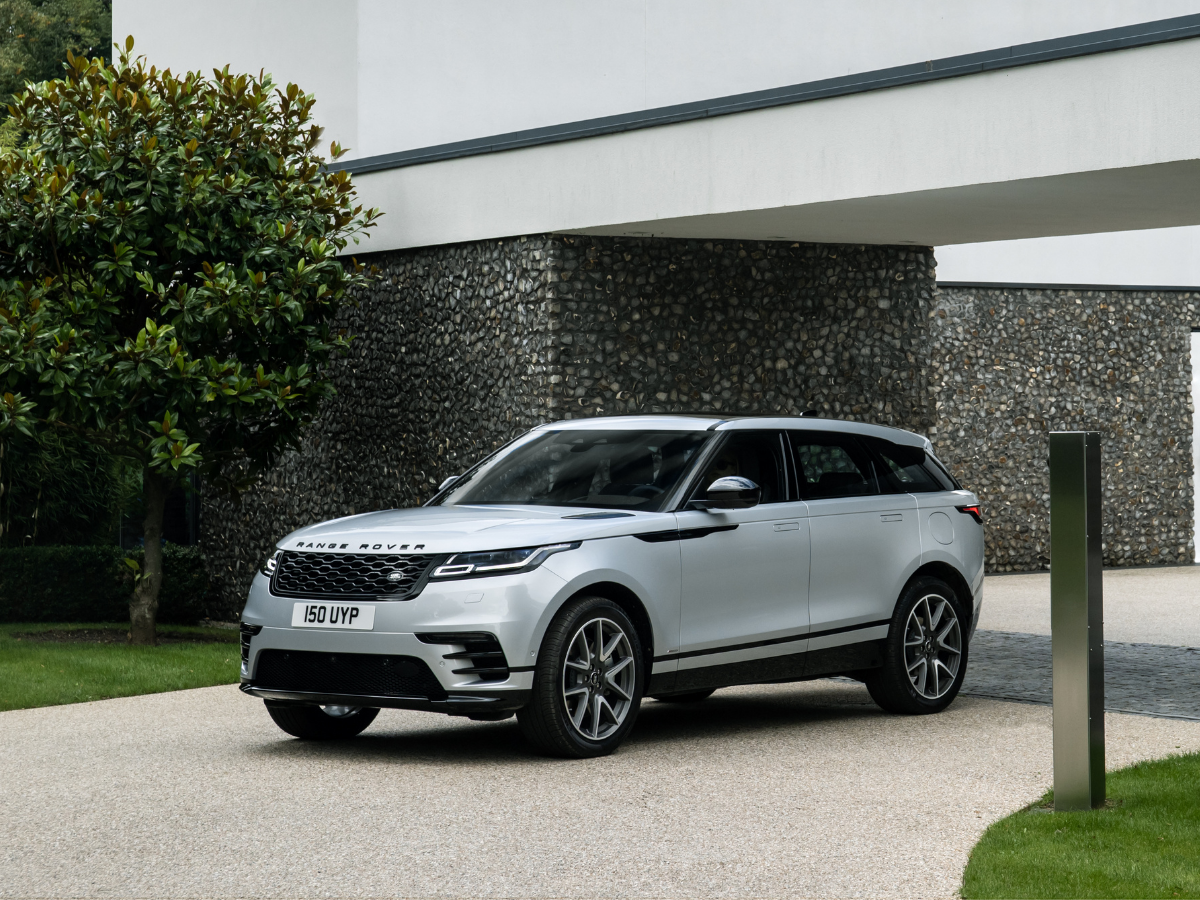 The quickest of all the new Range Rover PHEV vehicles, the Velar is a stunning vehicle that has enough attitude to push you back in the seat while remaining environmentally conscious – producing a mere 49g/km of CO2 emissions. The convenience of 32kW DC rapid charging means you’ll get an 80 per cent top-up in 30 minutes, and if you’re charging from home,  the same charge will take 1hr40 minutes from a 7kW AC charger. We can’t wait for this one to land Downunder in Q2, 2022. 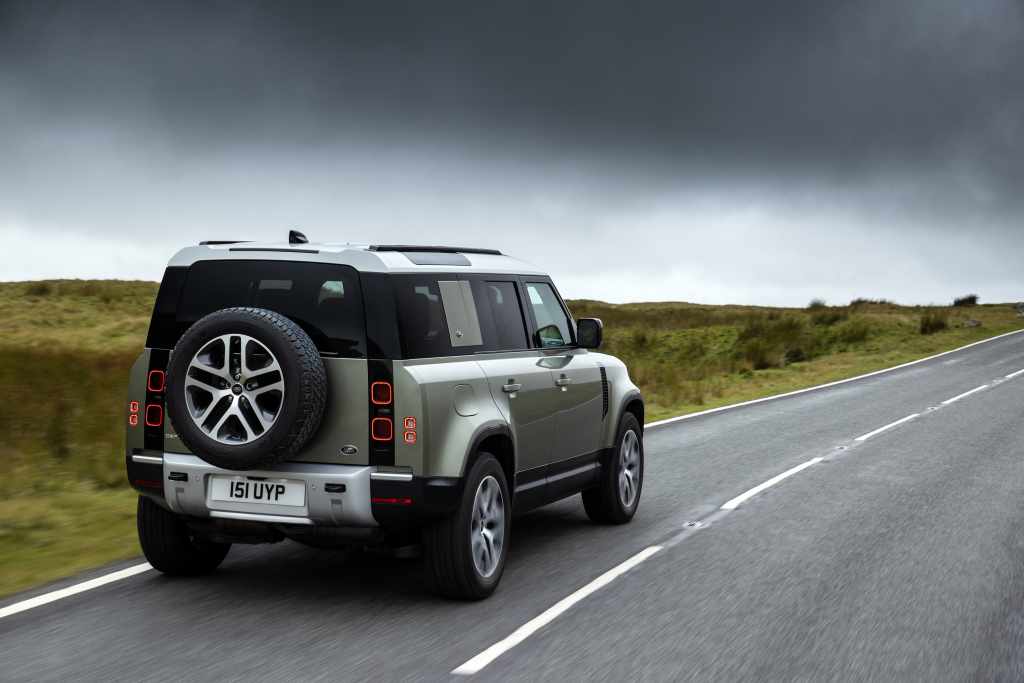 Last but not least, the Land Rover Defender 110 PHEV will land in Australia in 110-format only. Sharing the same drivetrain as the Velar, the Defender sacrifices a little range and acceleration thanks to its shape, however, provides all the fun of an offroad wagon SUV in the process. We spent a day exploring some hidden lookouts on the Central Coast of NSW in the Defender 90, check out this link for our full breakdown and be on the lookout for this one to release in Q3 2022.

The majority of Land Rover PHEV vehicles will charge from 0-80 per cent battery in just 30-minutes with a 32kW rapid charger, with a standard 7kW wall charger at home, you’re looking at just under 2-hours. To check out the full Land Rover/ Range Rover PHEV range as it releases in Australia throughout 2022, follow the link below.