Related: This Honda Civic recently sold for $105,000 and we have no idea what’s going on? 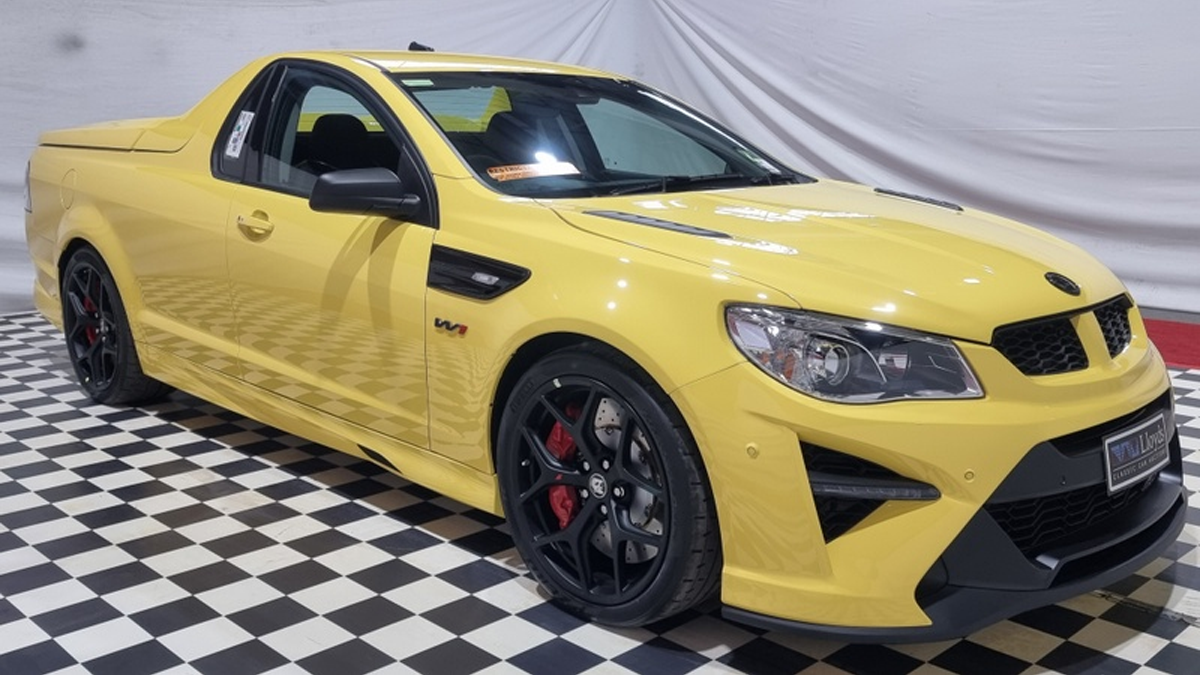 It was in February 2021 that we last saw a Holden Special Vehicles GTS R W1 ute go across the auctions at Lloyds. A significant occasion that saw an HSV GTS R W1 ute break the record and claimed the title of ‘Australia’s Most Expensive Ute’ when it rolled off the auction block for a staggering $1.05-Million, but those close to the auction knew this record wouldn’t stand for long with a lineup of Aussie icons set to hit the stands only a few months later.

Fast forward to August 2021 and a lineup of rare HSVs were all set ready to break auction records. One particular model stood out from the pack, a special ute with black wheels, a ‘Yellah’ paint scheme that harks back to the famous HSV’s of yesteryear, manual transmission, 474KW Supercharged LS9, and dealer delivery KM’s. This 2017 Holden Special Vehicles GTS R W1 in manual is as rare as they come, build #001 and the only W1 Maloo Ute to be painted in-house at HSV in the famous VS GTSR XU3 ‘Yellah’ before being released. Quite frankly, it doesn’t get more Aussie (or rarer) than this so we expected a big price tag and a new ‘Most Expensive Ute’ king. And we got it.

Related: Only a couple of months after releasing, people are asking crazy money for Nissan GT-R ‘T-Specs’.

Reaching a hammer price on the day of $1,250,000 AUD, surprisingly, it never met the reserve. According to Lloyds, negotiations continued over the following days, but a price was clearly never agreed upon. Begging the question, if you got offered $1,250,000 AUD for your 2017 HSV GTS R W1 would you take it? Our answer would be a resounding yes, but owner and seller of this very same ute doesn’t think so, posting the car up for sale privately with the current carsales.com.au ad reading;

“THIS CAR NEEDS NO INTRODUCTION…..!!

This was published that it sold, but the ute never met my reserve at Auction. I declined to sell after the auction due to a private bidding war post-auction which was too much muck around.

This car deserves more respect than that so I said not for sale anymore…!!!”

Those interested in the special vehicle will be glad to know that the ute remains in “concourse” condition and has been kept in a climate-controlled showroom with UV protection. There might be some wiggle room in price too, it’s already received a $100,000 discount from the original list price of $1.5-Million in January. Want to own Australia’s most expensive ute? Check out the link below to make an offer, just make sure it’s well over $1.25-Million. 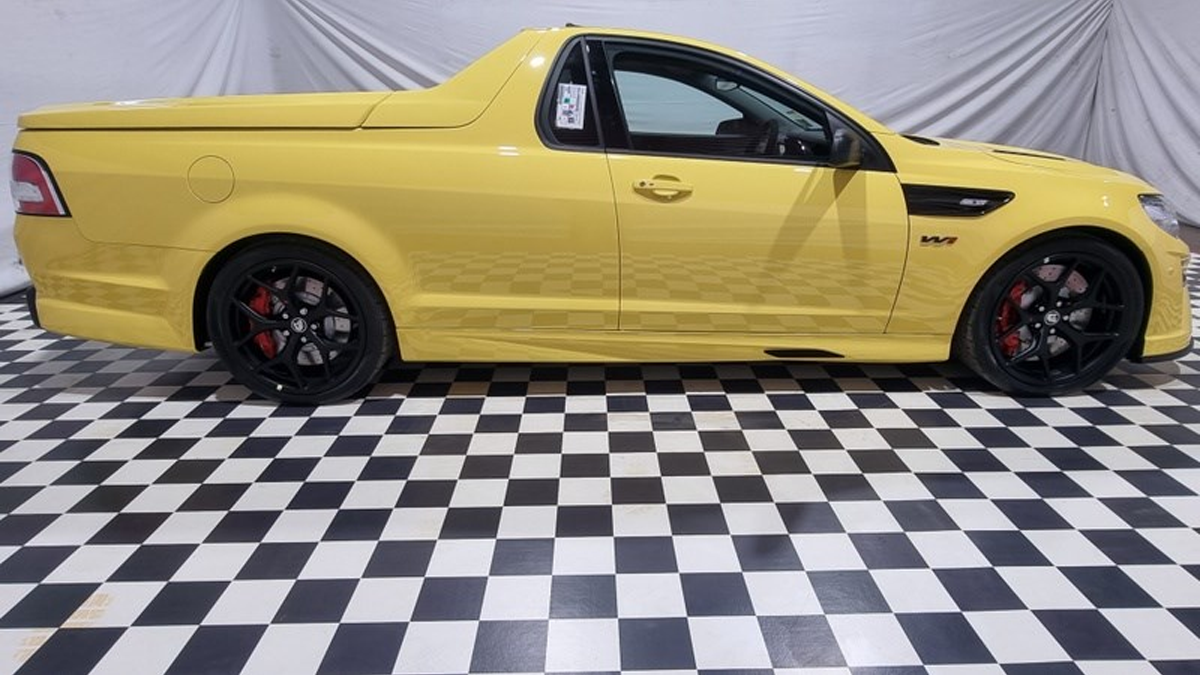 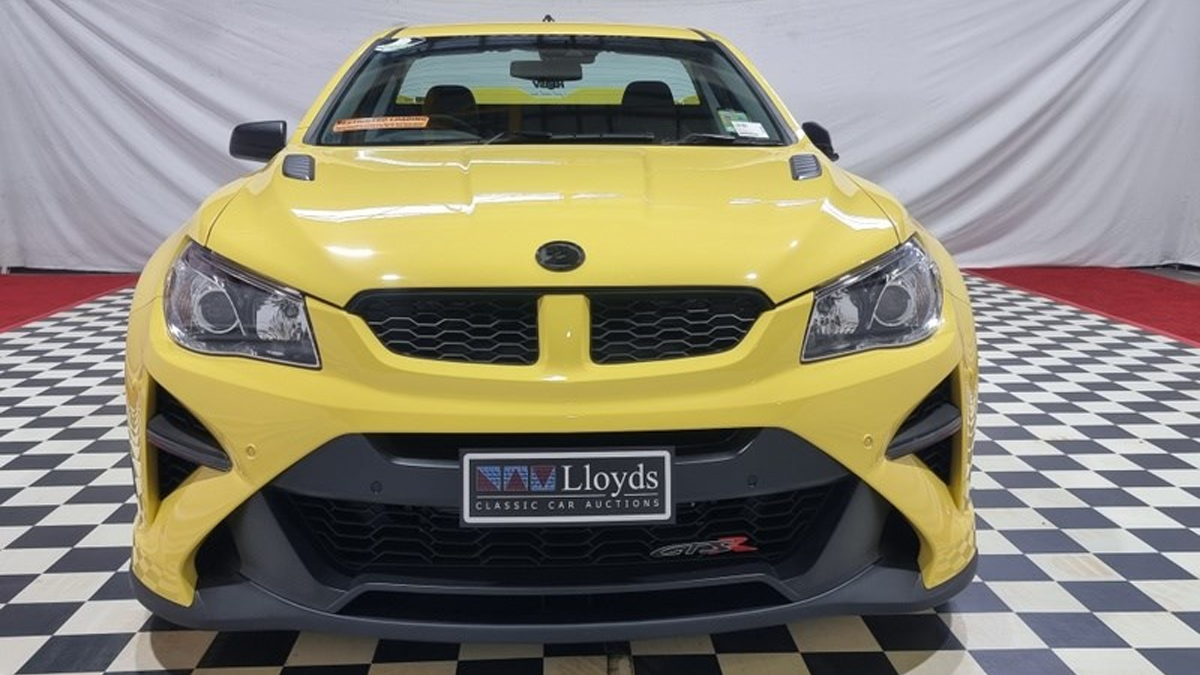 You’ll also like:
Aston Martin V12 Vantage: Sold Out Stunner Will Be Last of its Kind
The Unbelievable World of $2 Million Number Plates
VW Revives the Kombi Van for All-Electric Future