Looking for something a little different for your next get-together? Escape Rooms are a great way to spend an evening with your buddies, work friends, or loved ones. They’re immersive, adrenaline-fueled, and sometimes a little scary. Most of all it’s a great team-building activity that promotes teamwork and allows you to disconnect from your phones and the outside world and reconnect with your friends and family. These are the best escape rooms Melbourne has to offer.

Related: Looking for a great team-building activity? Escape Rooms are great, but go-karts are better.

How Man of Many Chose The Best Escape Rooms in Melbourne

When it comes to choosing the best escape rooms in Melbourne, experience is key. Man of Many’s Melbourne-based writers have had the chance to try all of the escape rooms on this list before ranking the following inclusions in order of value-for-money, number of participants, and number of games on offer. The vast majority of venues offer games for 2 or more players, with most capped at 10 players. Prices start from upwards of $30 for larger groups, although you should expect to pay around $40 for only 2 players. Most of the escape rooms on this list offer two or more games to play and playtime can range from 30-90 minutes depending on the venue. Now, let’s check out the list.

Best Escape Rooms in Melbourne at a Glance

Now we’ve rounded up our favourites, let’s check out the full list. Enter an alternate reality at Ukiyo. This escape room in Melbourne is regularly updated, and the newest escape room, Kuebiko: The Crumbling Prince, is like being dropped into a Studio Ghibli film with its mystical and mysterious world filled with demi-gods and Japanese-style garden setting. It’s immersive and interactive, but most importantly it’s story-driven and not just a bunch of meaningless puzzles flung together haphazardly to get to the end. Combine that with the set design, state of art tech to make this one of the best escape rooms Melbourne has to offer. 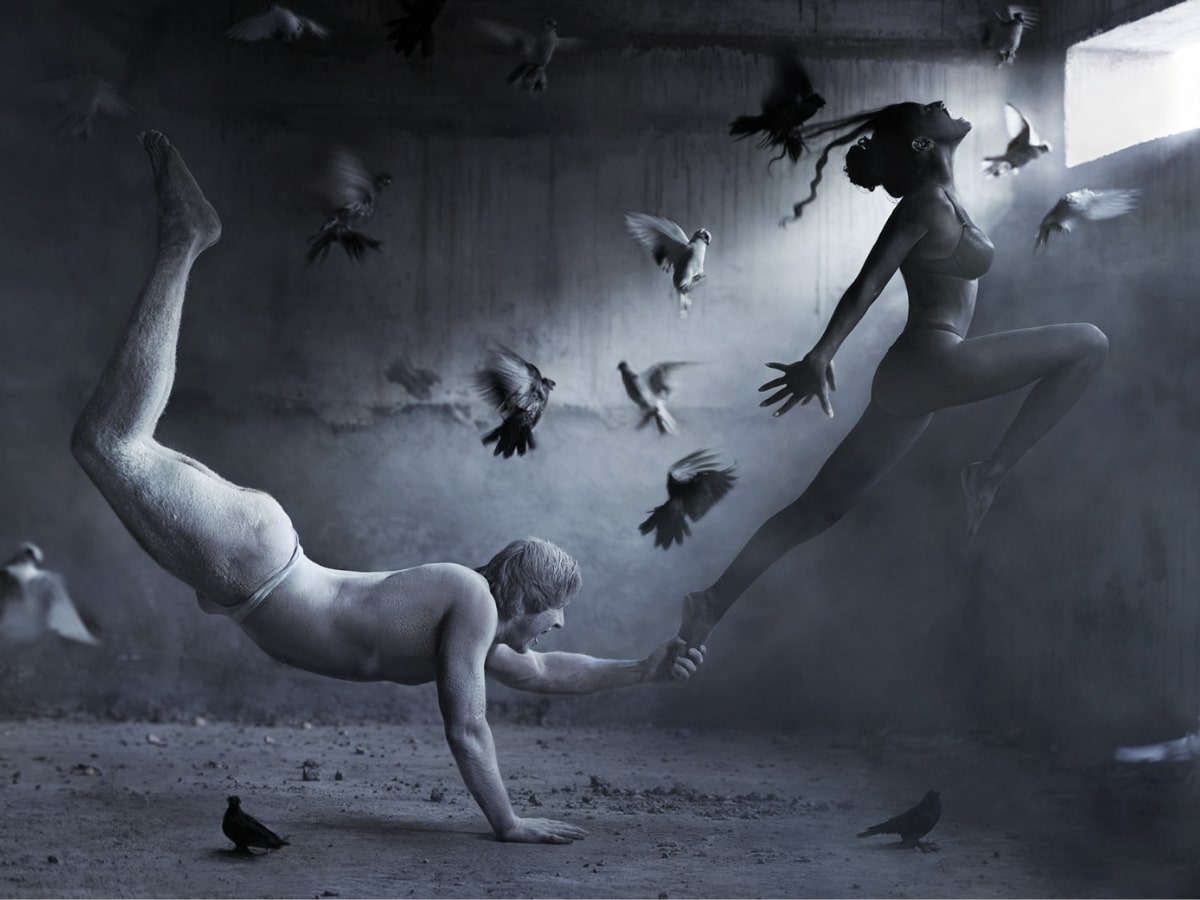 With two locations in Melbourne CBD, Rush Escape Game will test your wits as you coordinate your team and complete time-based challenges to escape the room. Six different themes (South Yarra only) are completely unique from one another and result in something for every type of player. Rise as an M16 agent in ‘Secret Agent Man‘, take a trip down the rabbit hole in ‘The Matrix‘ or confront the entity haunting a grieving father’s dreams in ‘Its Nightmare‘. 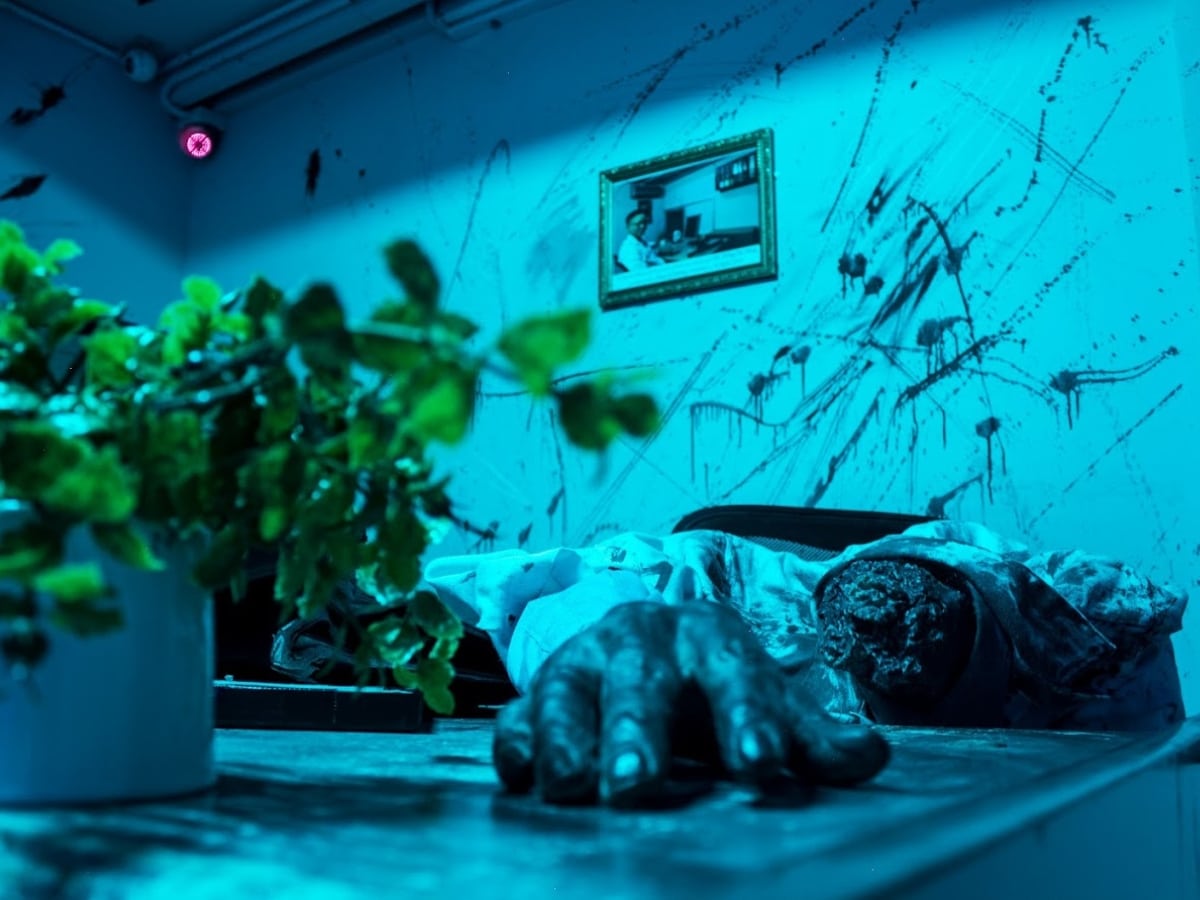 LOST delivers a truly immersive experience from the moment you step foot in the door. We love how in-depth this escape room in Melbourne has gone to evoke engaging storytelling, real authentic surroundings, and jaw-dropping special effects. There are three immersive experiences to choose from – Annabelle, Before Midnight, and Survivor – all of which are perfect for friend gatherings, work functions and team-building events. 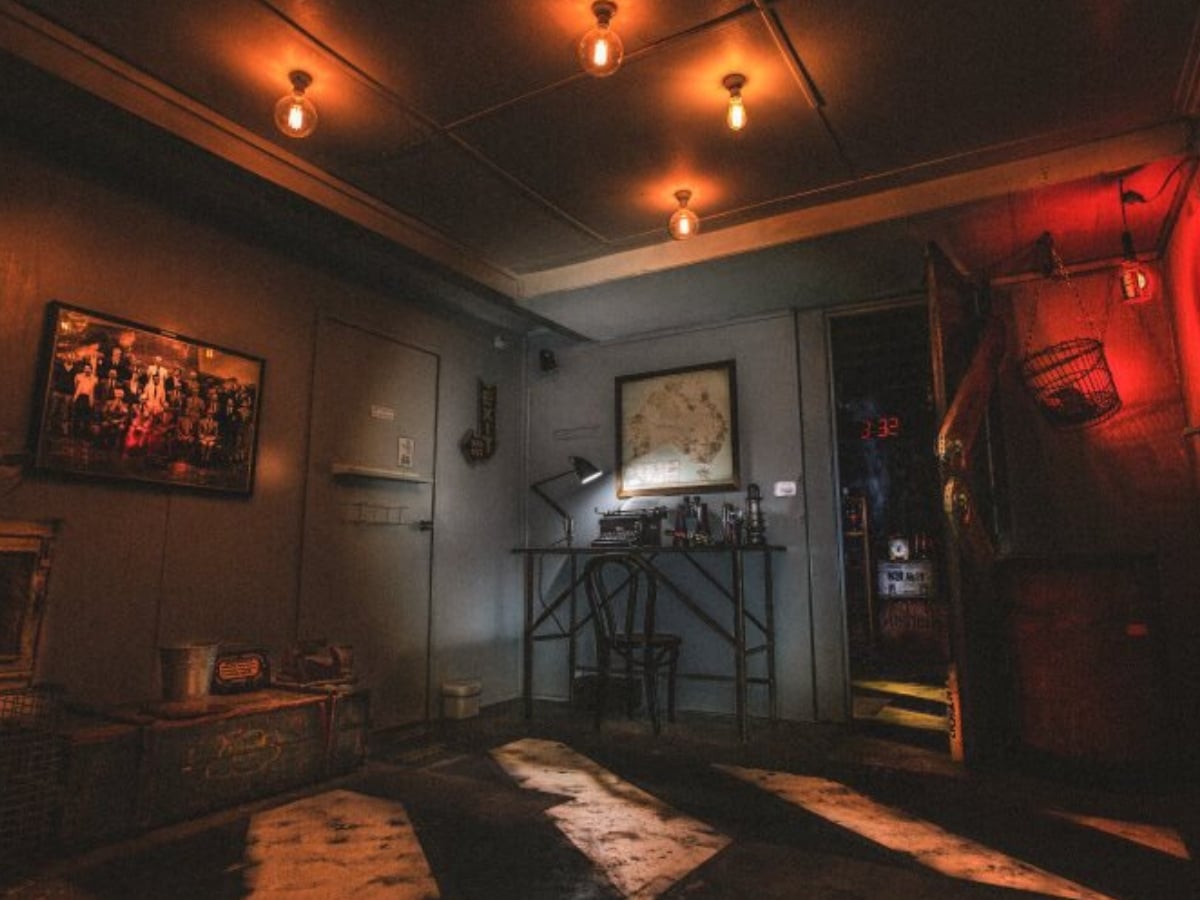 Escape Room Melbourne or ERM is Melbourne’s first escape room. You’ll get 70 minutes in the room of your choice to unravel the Mystery in a team of 2 to 6. Get the mine workers to safety in time after unusual activity is investigated in ‘Mine Escape’, prove your skills as a magician’s assistant and don’t get tricked in ‘Kellar’s Magic Emporium‘ or enter the mind of a WWII veteran to awake him from a coma in ‘Fractured‘. Prices start from as little as $39pp for larger groups, these can be booked via the link below. 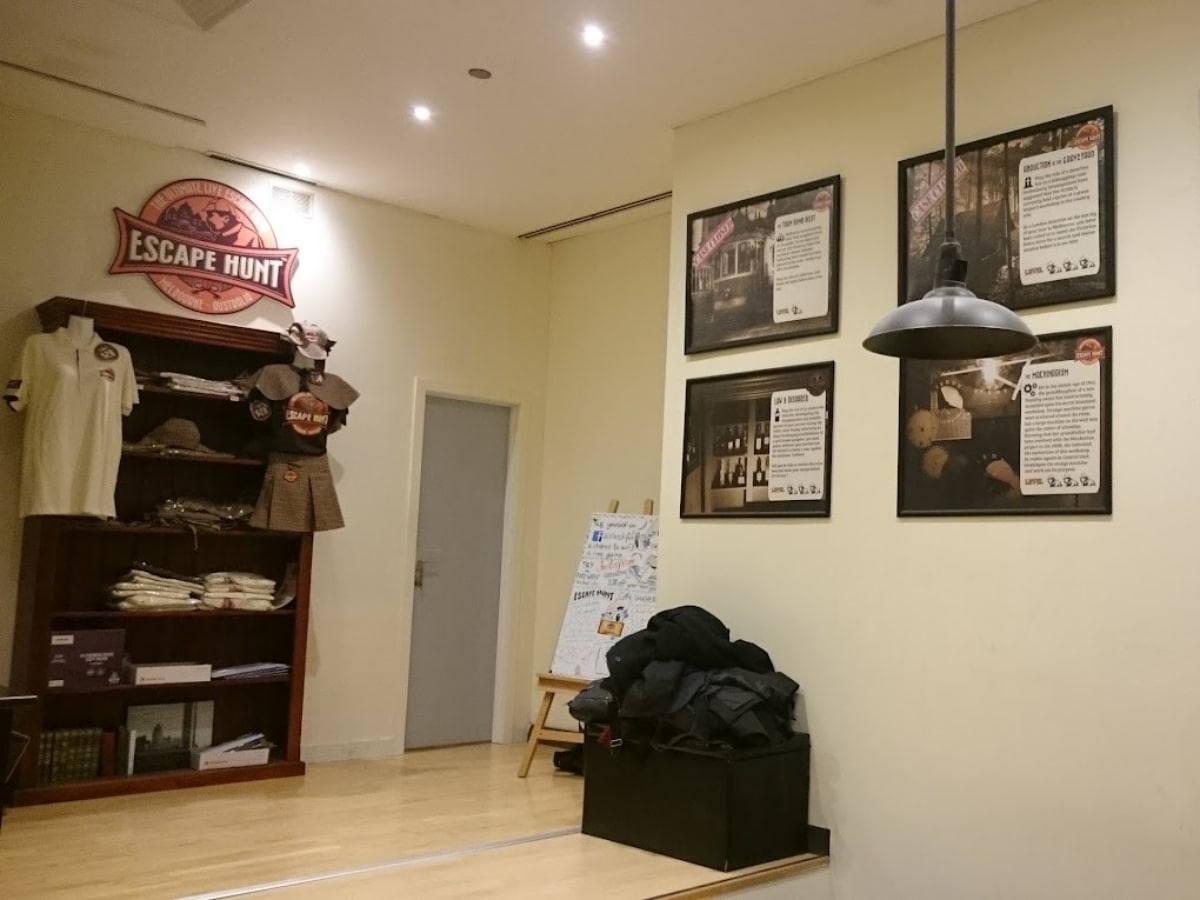 Step into the game at Escape Hunt Melbourne, where each themed room is detailed with rich storylines and incredible set design. One of the best value-for-money escape rooms in Melbourne, this one won’t break the bank with prices starting from $38 but still offers a fantastic escape room experience with four games to choose from. Our favourite game is Zodiac Heist but Law and Disorder, Machinarium and Odditorium are just as exciting. 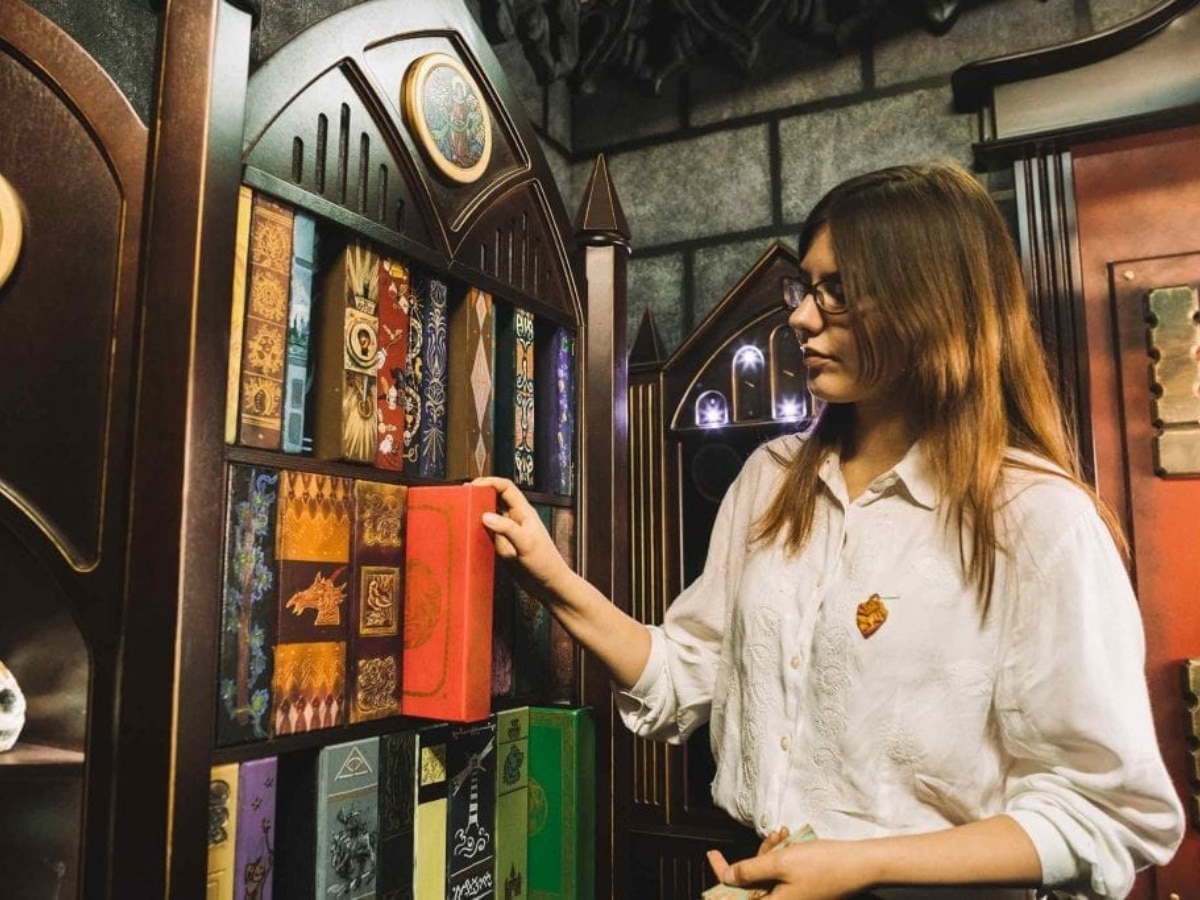 Voted Best Escape Room in Melbourne and a member of the Top 100 Best Escape Rooms in the World, you can’t go wrong at The Mystery Rooms Melbourne. We love the amazing storylines that make this a Melbourne escape room you have to try, our favourite being the unearthing of the book of the dead in ancient Egypt in ‘The Lost Tomb‘, but storming the Camelot and retrieving the Excalibur in ‘The Medieval Quest‘ is equally as exciting. Games last around 60 minutes and rooms accommodate up to 10 players. 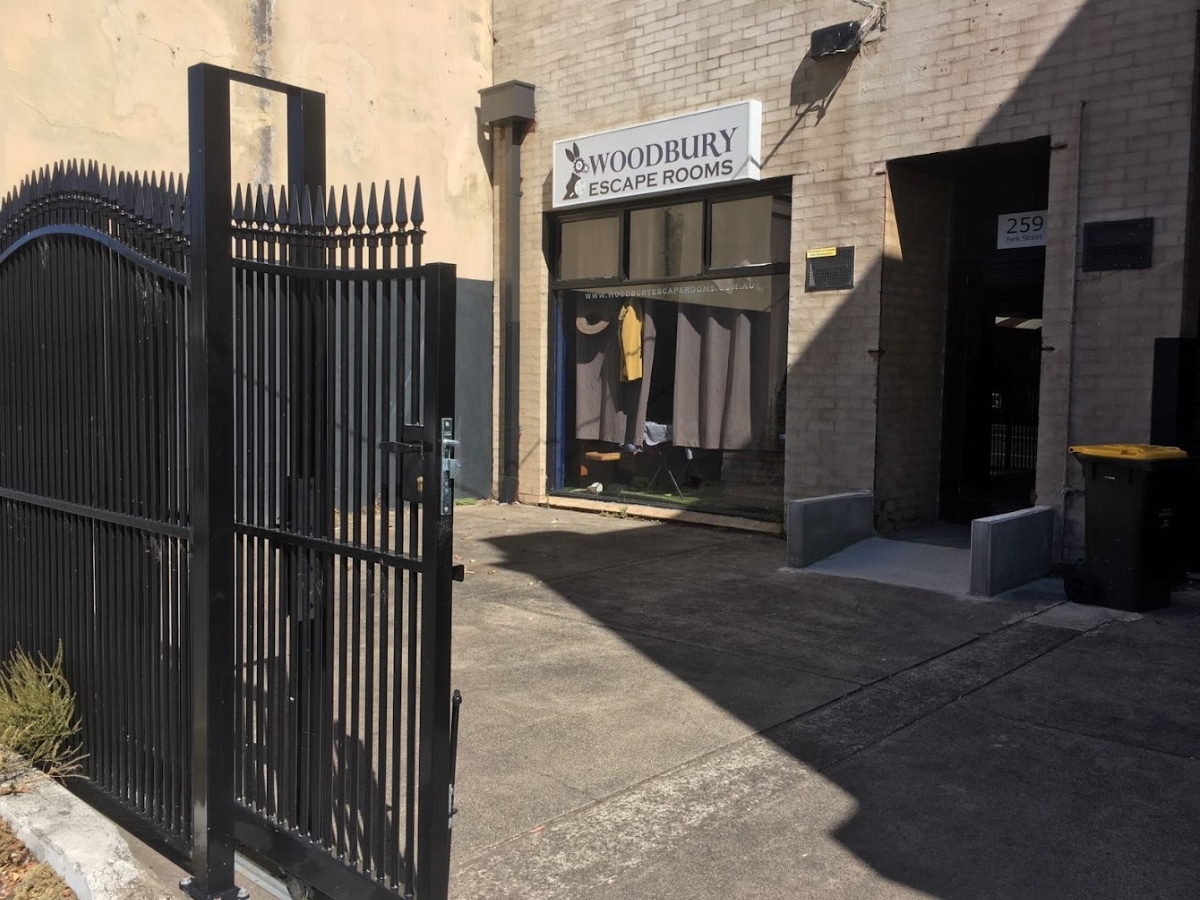 If horror escape rooms are your thing, Woodbury Escape Rooms Melbourne is the place to head to. Investigate the underground cavern to find your missing colleagues in ‘The Curse of Kidd Island‘, enter the mind of a killer in ‘Leaper‘ or if you want to get away from the horror for a bit try our favourite wild west adventure as a bandit trying to get their confiscated loot back from the sheriff in ‘Wanted‘. Prices start from $40 and rooms can accommodate up to 6 people. 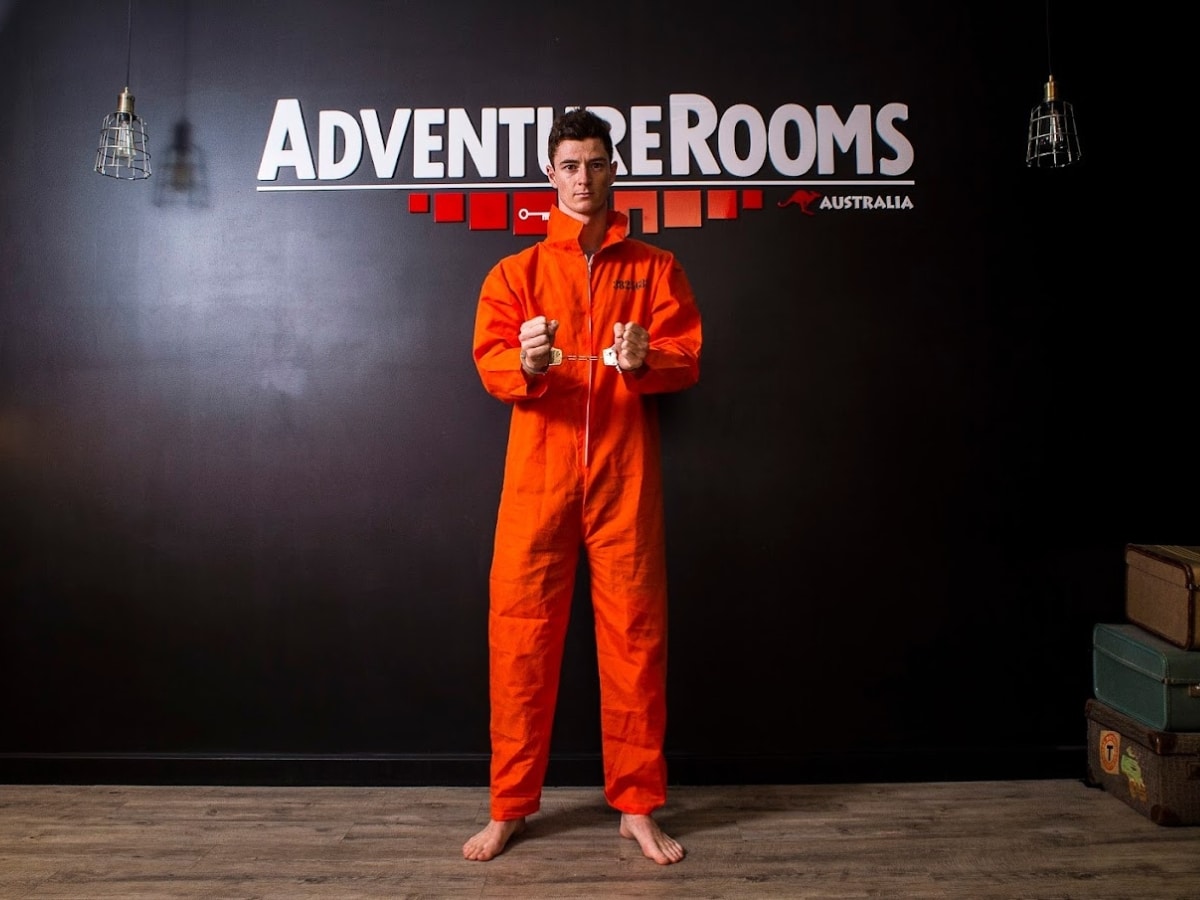 Adventure Rooms Melbourne requires thinking outside the box as your team of escapees must find all the hidden and mysterious objects, escape and beat the clock. Some of our favourite games include the house of the twisted genius in ‘The Mad Scientist’, defeating the enemy and escaping the castle in ‘The Black Queen’, or working with our team to reclaim your freedom and escape the cell in ‘Gaol Break’. 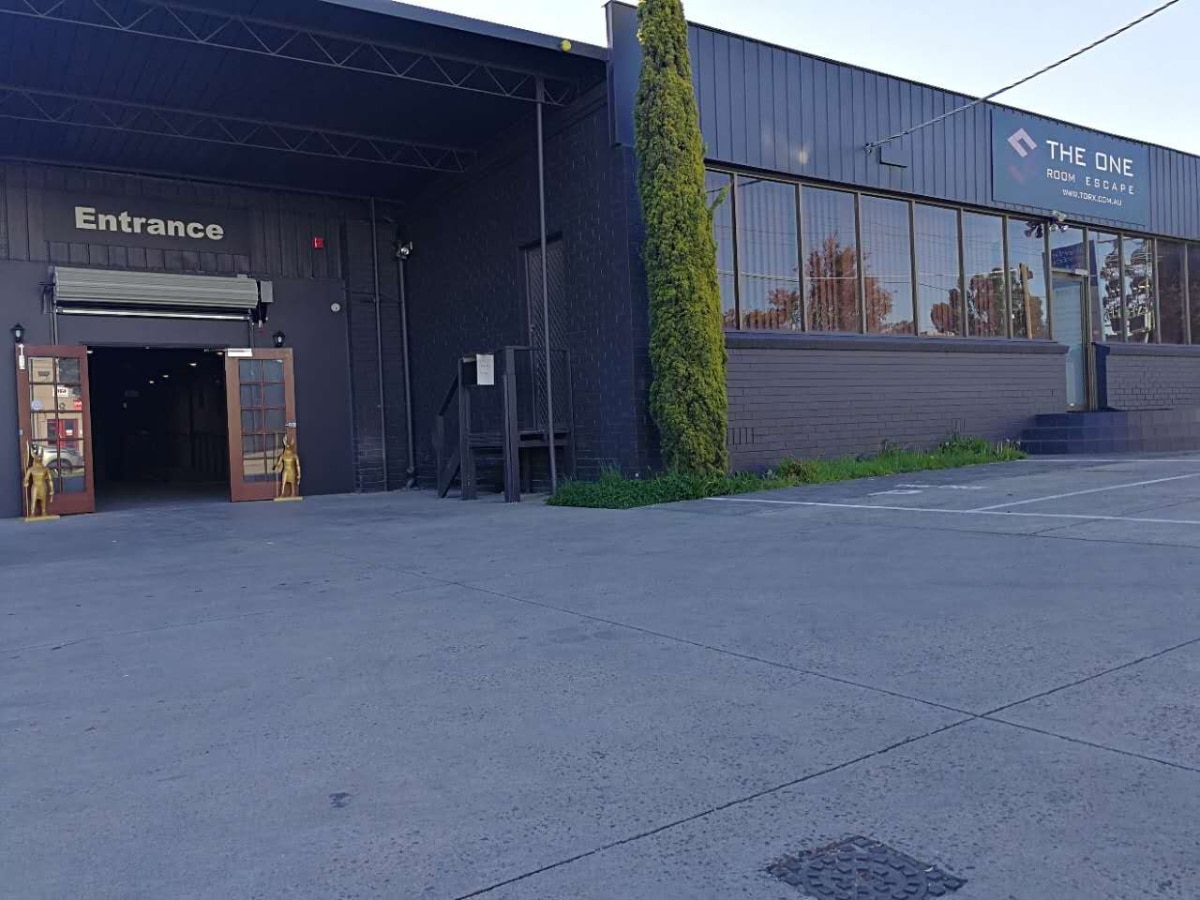 The One Room Escape | Image: Supplied

9. The One Room Escape

The One Room Escape is perfect for friends and family, they can even cater for team building exercises and marriage proposals! Their escape rooms provide a great mixture of fun and challenging environments that can be enjoyed by all. Offering five rooms, the choice is really yours when it comes to the scenario. You could try to discover a secret in the ‘Green Hospital’ or ‘Return to Thebes’ and take a trip through the Egyptian Pharoah’s tomb in ‘The Legend of the Five Holy Pearls’ or rescue hostages in ‘The Conspiracy.” One of the pricey options on this list, the games accommodate up to 10 players and are priced from $38pp as a large group. 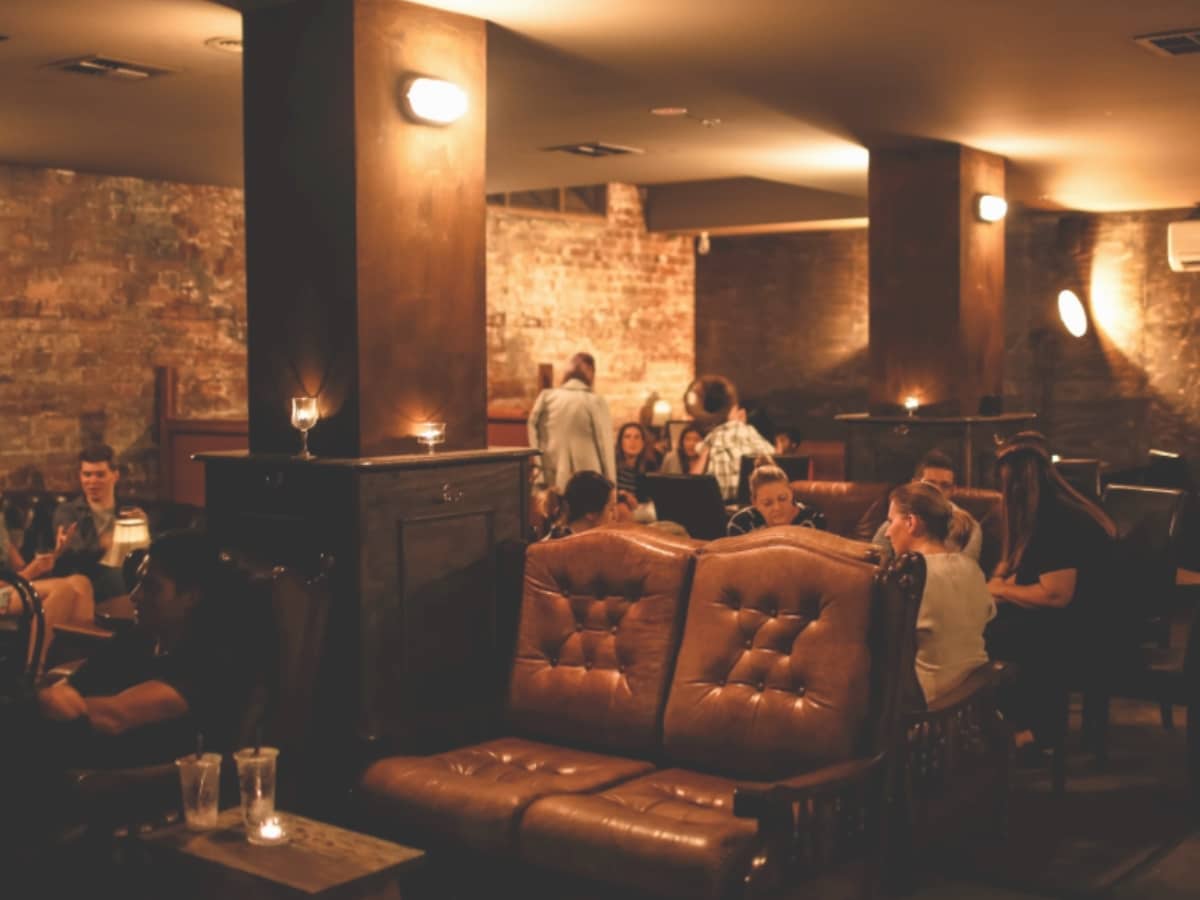 TRAPT Bar & Escape Rooms in the heart of Melbourne offers multi-sensory puzzles that are not all as they seem. Choose from four different rooms including Alchemy I & II, The Wizard of Oz, Prohibition and Space. After your game head on down to the underground speakeasy bar to celebrate or commiserate over one of the escape room-inspired cocktails. If we had to choose one escape room in Melbourne to spend our time after work on a Friday, this would be it. The ‘Coal’d Fashioned’ cocktail with Starward Whisky, Mezcal, Lapsang Suchong, Cumin, and Szechuan pepper is to die for. 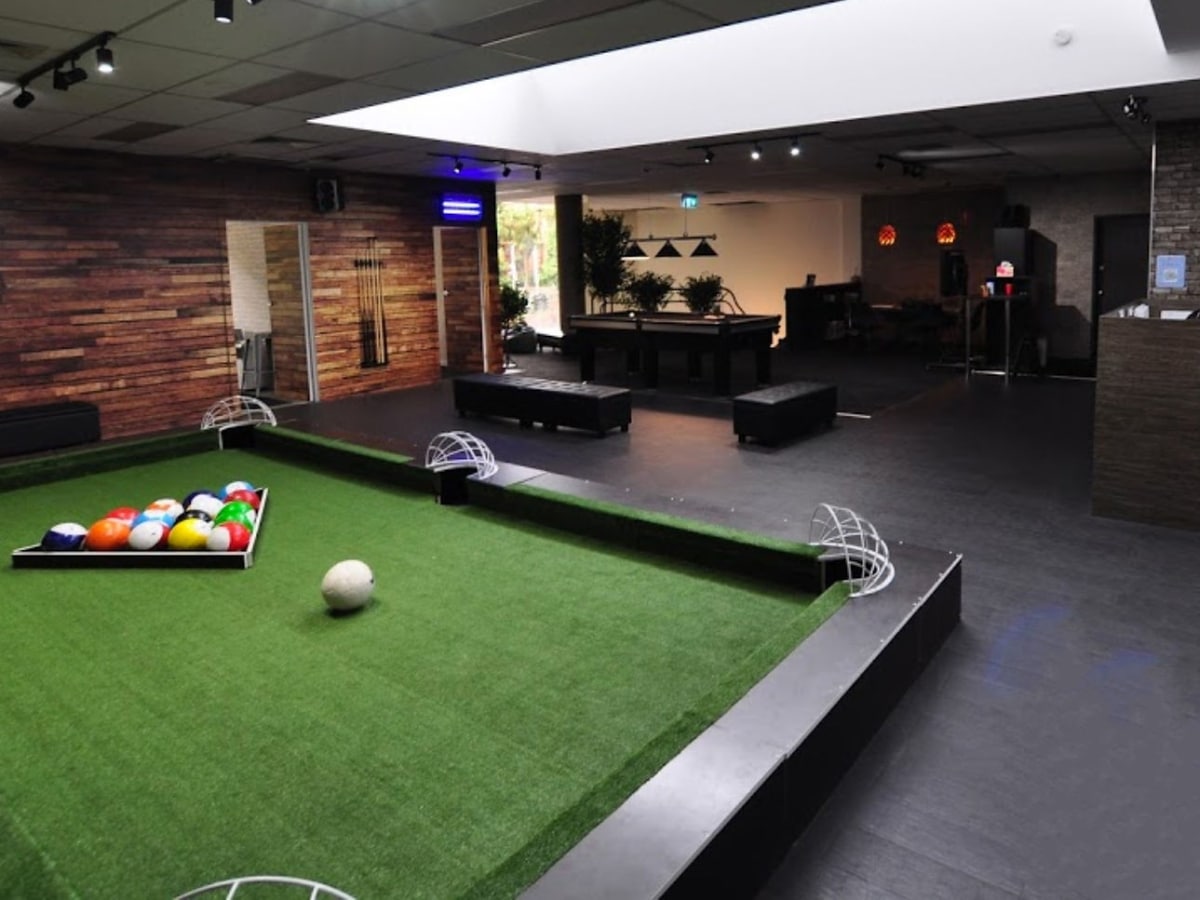 The tech-heavy and story-driven rooms at Lost Australia Station will have you questioning reality. What makes this one of the best escape rooms in Melbourne, are the levels created by game developers, looking for more of a more realistic experience. Get lost and trapped in ‘Aokigahara’, Japan’s famous suicide forest, and find your way out of the haunted sea of trees before the times up. Escape Dr U’s human trials as a test subject and help your team members before the virus is spread. 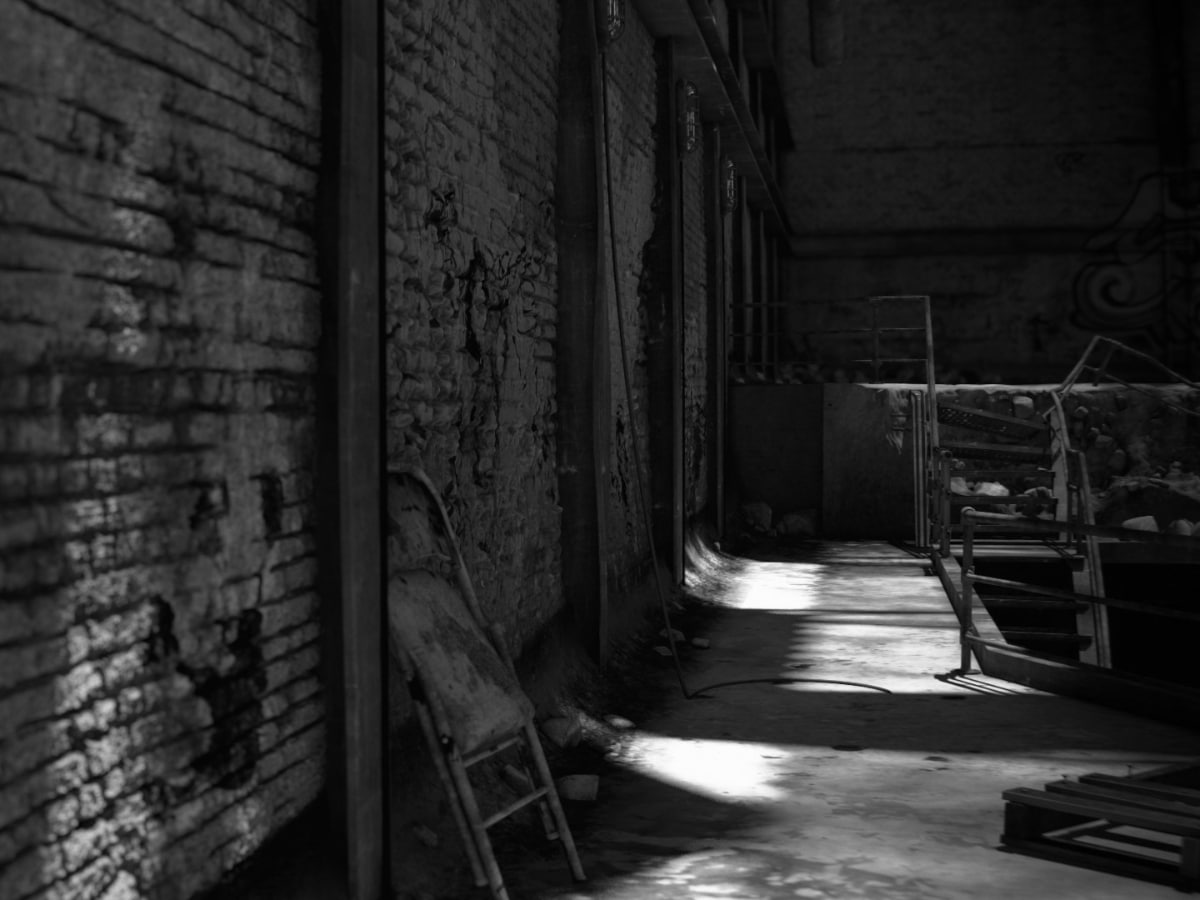 With three intricately designed and meticulously crafted escape rooms, EscapeXperience is one of Melbourne’s best. Take a journey through 1940s noir with Amnesia, peek into the seedy underbelly behind the glitz with Burlesque or try your hand at solving a century-old mystery in Clockworks. Grab your workmates or the family and hit EscapeXperience for a fun-filled time.

Escape rooms are timed and involve a lot of problem-solving, which can be stressful, however, it's important to remember this is a game and you can leave at any time.

Are phones allowed in escape rooms?

No, you should avoid using your phone at all when in an escape room. The point is to use your brain!

What is the best escape room in Melbourne?

According to Google Reviews, the best-rated escape room in Melbourne is The Mystery Rooms in Fitzroy. 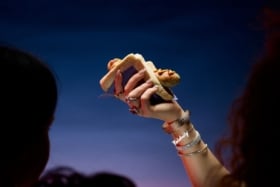 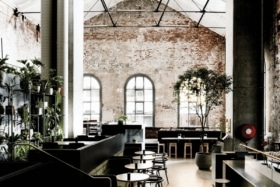