He’s probably best known for being a bad motherf*cker, but Samuel L. Jackson is also the highest-grossing actor of all time. The 72-year-old star of the screen, who started his career as “Gang member No. 2” in Ragtime has gone on to lead massive franchises in the MCU, not to mention picking up a host of accolades for his work with Quentin Tarantino. As if a four-decade long career wasn’t enough, Jackson is a cash machine. 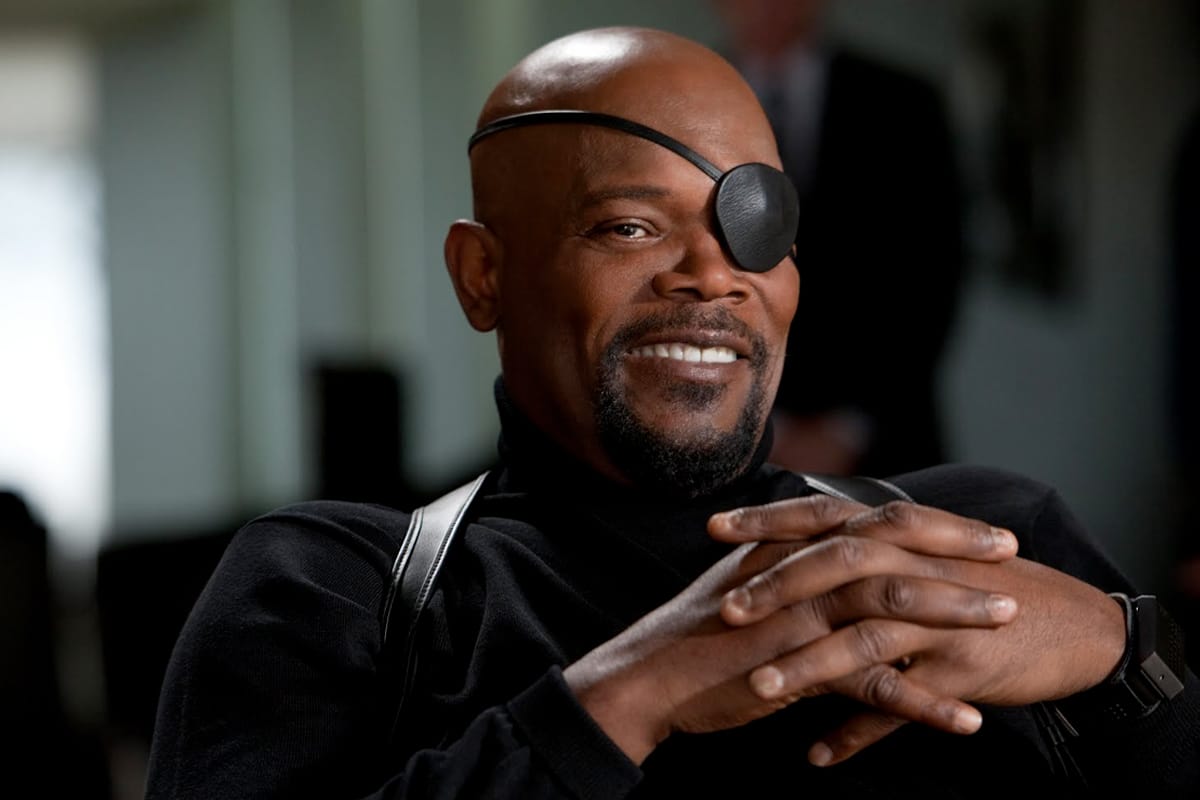 The films in which he has appeared have collectively grossed over USD$27 billion worldwide, breaking box office records and making him one of the most popular actors of all time. Roles like Jules Winnfield in Pulp Fiction and Ordell Robbie in Jackie Brown have garnered him critical acclaim, but when it comes to picking your favourite Samuel L. Jackson performance, everybody’s got their own list. Even, apparently, the man himself.

In an interview with Stephen Colbert, the film legend revealed his favourite Samuel L. Jackson movies and let us be the first to say, there are some glaring omissions. Despite being the only role in his career to have netted him an Academy Award nomination, the Tarantino classic Pulp Fiction didn’t make the cut. In fact, only one of the pair’s collaborations was good enough to crack Jackon’s top five. But when your filmography reads like the Mount Rushmore of modern cinema, you can be forgiven for forgetting a few. After all, he was late to his own funeral in Goodfellas.

In the interview, Jackson reveals that while many actors say they can’t watch their own movies, he certainly isn’t one. “It’s a watch-me business. I got into this because I love acting, but when I was doing theatre, I always wanted to watch the plays with me in them, and I couldn’t,” Jackson said. “With the opportunity to make stuff and then watch it, I watch it. If I’m channel-surfing and I haven’t really found anything that I want to watch or if I’m not specifically looking for something and I pass something I’m in, I watch it.”

An unexpected hit when it was first released, The Long Kiss Goodnight is a brutal, bullish and downright hilarious action-comedy. It follows Samantha Caine, an amnesia sufferer with a mysterious past. When spooky characters begin to haunt her, she sets off on a search to discover her true identity. Samuel L. Jackson plays ineffective private Mitch Henessey who has been hired to help Samantha uncover the truth, which turns out to be far more interesting than he thought.

The film adaptation of John Grisham’s compelling 1989 novel of the same name, A Time to Kill is Jackson at his dramatic best. The screen legend plays Carl Lee Hailey, who, after his ten-year-old daughter is raped, murders her perpetrators. He then faces a trial and calls upon his inexperienced lawyer friend Jake Tyler, played by a young Matthew McConaughey, to help him win the case.

A masterpiece of modern cinema, Tarantino’s 1997 film Jackie Brown is captivating from start to finish. When a flight attendant is caught smuggling gun money, she is forced to choose between teaming up with the cops to bust her arms dealer boss or keeping her mouth shut and going to jail. In the film, Jackson plays Ordell Robbie, the gun-running boss being monitored by the ATF.

A surprising addition to the list of best Samuel L. Jackson movies, François Girard’s 1998 film The Red Violin is one you may not have watched. Spanning four centuries and five countries, the film tells the story of a mysterious red-coloured violin and its many owners, starting with its construction in Cremona in 1681. The future is forecast by tarot cards, before making its way to Montreal in 1997, where an appraiser, played by Jackson identifies it and it goes to auction.

If you haven’t seen One Eight Seven, you’re in for a treat. The 1997 flick was the first top-billed starring role for Jackson, who plays a Los Angeles teacher caught with gang trouble in an urban high school. Heart-breaking and brutal, the urban story is worth a watch.

In addition to his personal portfolio, Jackson also revealed the top five movies that ‘may or may not’ include Samuel L. Jackson. Among them were The Raid, The Godfather, Hard Boiled, Hoodlums and The Berlin File. Go figure.

What is the best Samuel L. Jackson movie?

How many movies has Samuel L. Jackson appeared in?

Since making his film debut in 1981, screen legend Samuel L. Jackson has appeared in almost 150 movies, at a rate of nearly three movies each year.

How old is Samuel L. Jackson?