Marvel Studio has updated its release schedule, unveiling the rest of Phase 4 of the Marvel Cinematic Universe at San Diego Comic-Con. Excitingly, Marvel Studios chief Kevin Feige returned to Hall H and gave attending fans the low down on Phase 5, which included announcements for the new Daredevil Disney+ series, and the Thunderbolts feature film. Feige also teased Phase 6, which is set to conclude in November 2025 with Avengers: Secret Wars, capping off the Multiverse Saga of the MCU. Below is everything we learned over the weekend about the rest of Phase 4, Phase 5, and what’s on the horizon in Phase 6.

Marvel’s latest film Thor: Love and Thunder is currently in theatres and reportedly closing in on USD$600 million globally at the box office, according to Deadline. However, fans can rest assured the studio has more blockbuster bangers loaded in the chamber for the remainder of 2022.

“I think we learn something on every project we do, but as we were laying out, even three years ago here laying out Phase Four, which we didn’t lay out all of, but most of, we realized that it’s very different than Phase One, Two and Three, that that there are more projects in less years, and therefore it didn’t seem right, you’re not going to culminate every 10 months in an Avengers movie,” Feige explained via Comicbook. “And each of the films themselves now have become quite big and are crossover events in many ways. And after, you know, the creative experience we had with Infinity War and Endgame, it felt like it was about capping a saga, saving back-to-back Avengers films for the completion of a saga and that’s really what we wanted to lay out today.”

As the kingdom of Wakanda reels after the death of T-Challa (the late Chadwick Boseman), Namor (Tenoch Huerta) enters the MCU. Joining the star-studded cast is Dominique Thorne (as Riri Williams), Michael Coel (Aneka), Mabel Cadena (Namora and Alex Livanalli (Attuma). This film will conclude Phase 4, yet we don’t exactly know how. Watch the trailer above. 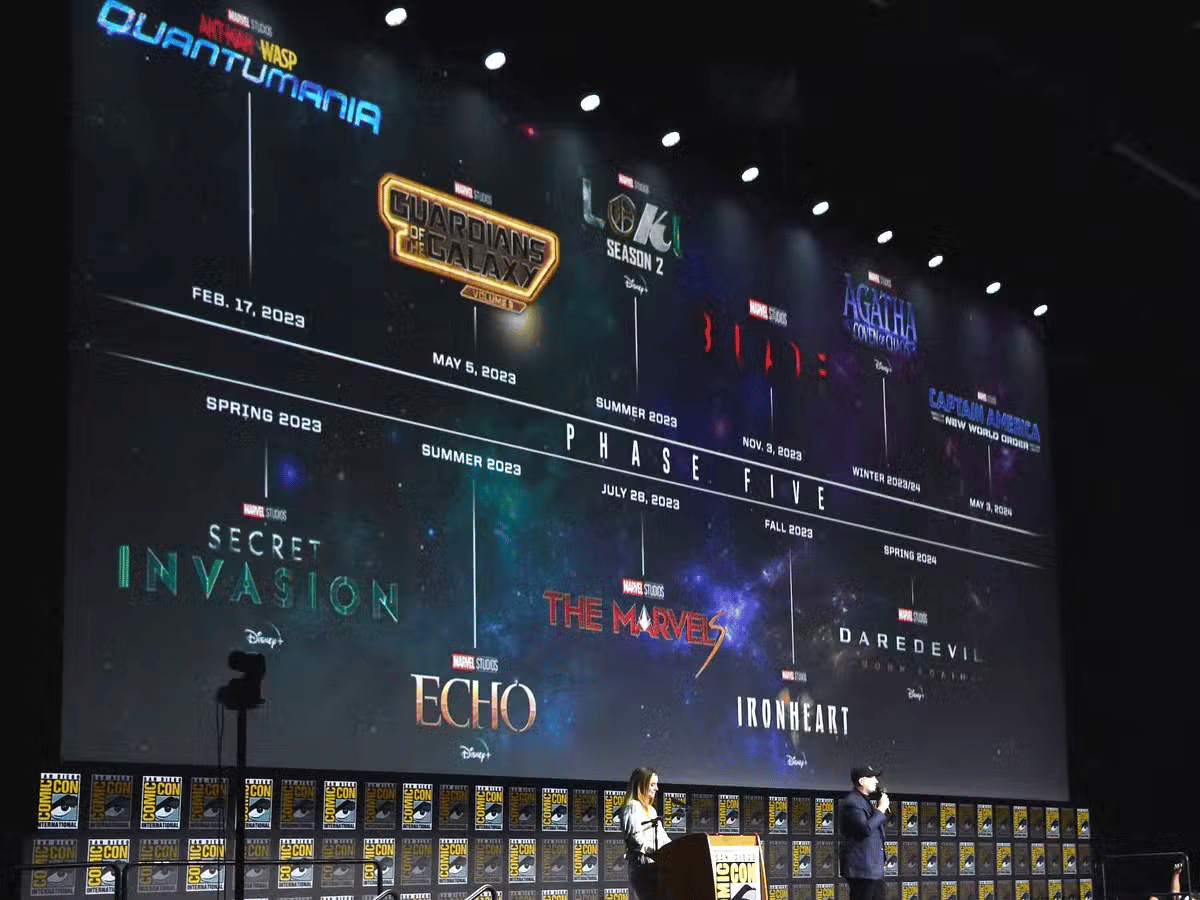 Marvel Studios Phase 5 projects are scheduled all the way up to the halfway point of 2024. Announcing a laundry list new of content over the weekend, highlights include Daredevil: Born Again and Marvel’s answer to DC’s Suicide Squad, Thunderbolts. Here’s everything we know so far. 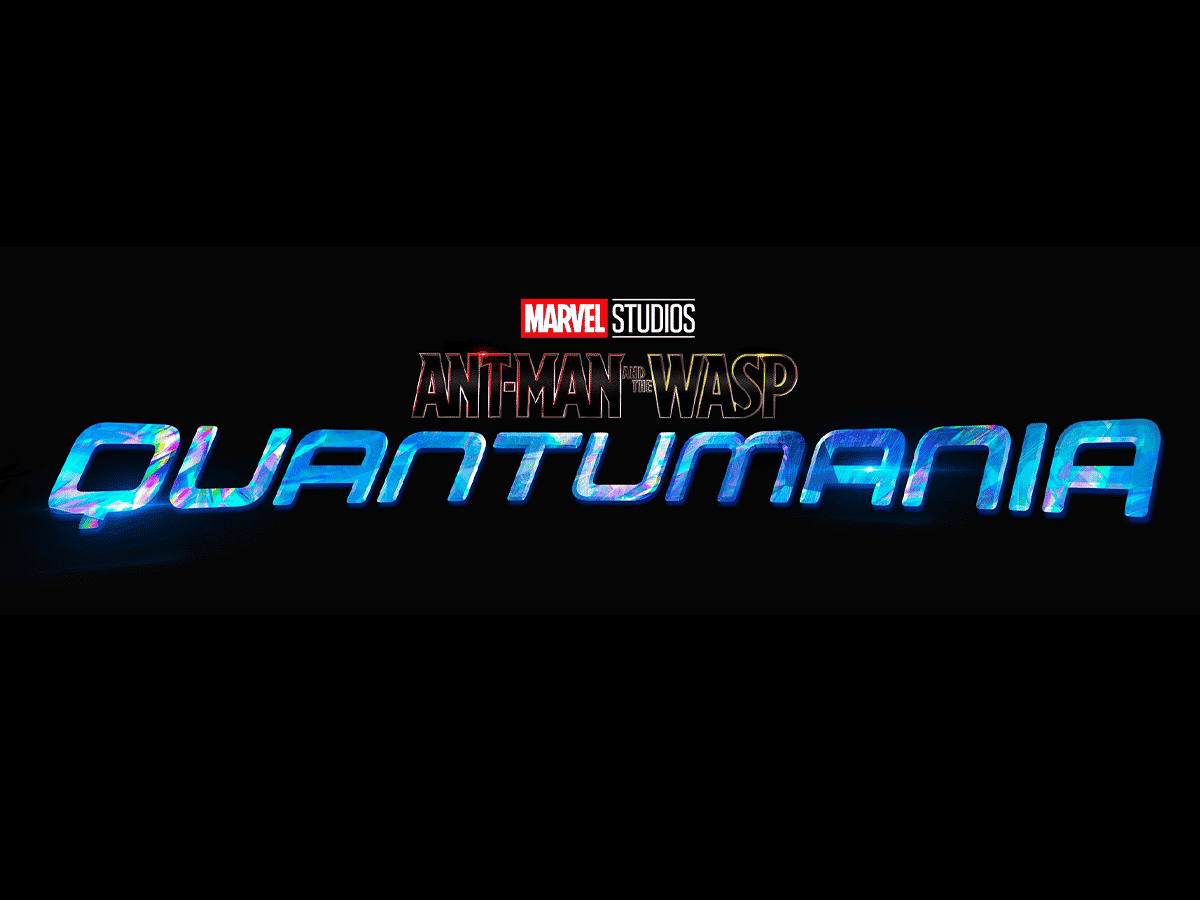 Ant-Man and the Wasp: Quantumania

Phase 5 kicks off by introducing Kang the Conqueror (Jonathan Mojors), who meets Scott Lang (Paul Rudd) in the Quantum Realm after Scott is sucked there along with his daughter Cassie Lang (Kathryn Newton), Hope van Dyne (Evangeline Lilly), Hank Pym (Michael Douglas), and Janet van Dyne (Michelle Pfeiffer). According to reports on the ground from Hall H, Bill Murray is set to make an appearance and  Director Peyton Reed confirmed another classic Marvel villain will have a cameo role in the film saying, “you might have seen a shot of MODOK”. 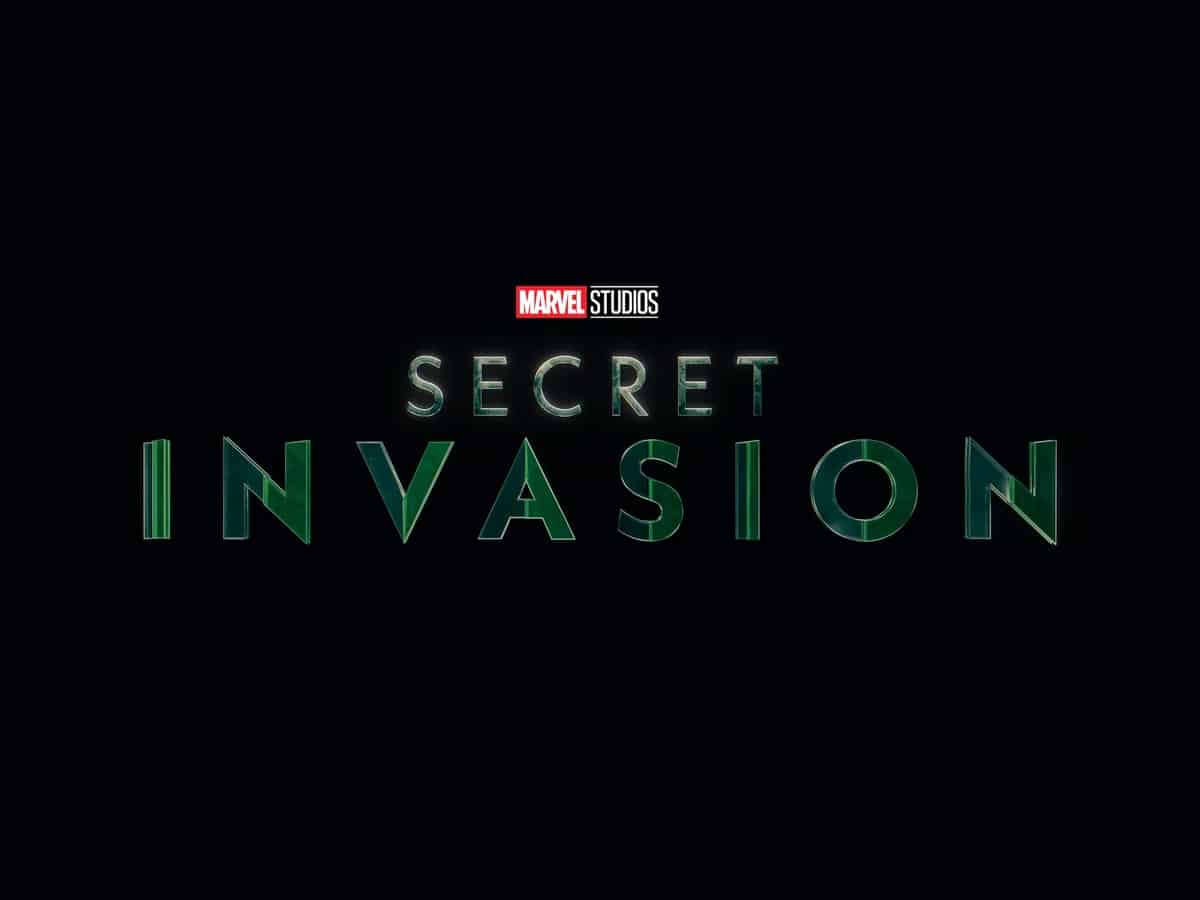 Co-star Cobie Smulders (Maria Hill) was in the building to preview the new gritty political thriller TV series, starting with Samuel L. Jackson as Nick Fury. The vibe was reportedly one of paranoia and foreboding, leaning into the larger anti-heroic thread that seems to run through Phase 5. 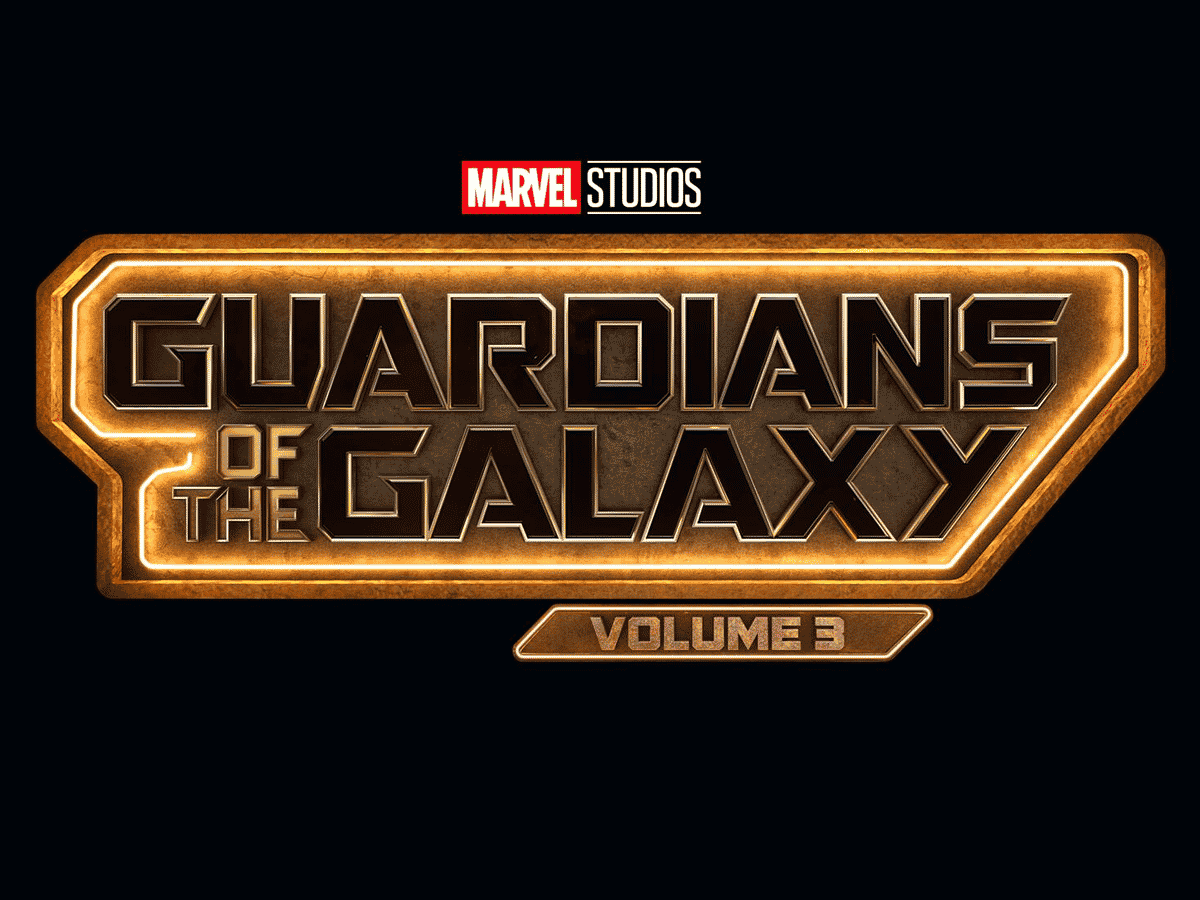 Guardians of the Galaxy Vol.3

James Gunn and the star-studded cast debuted the first look of the final Guardians film, which hinted at revealing how Rocket became a sentient, walking racoon. Chukwudi Iwuji plays the High Evolutionary and introduced himself to Hall H in character (implying he had something to do with Rocket’s transformation.) 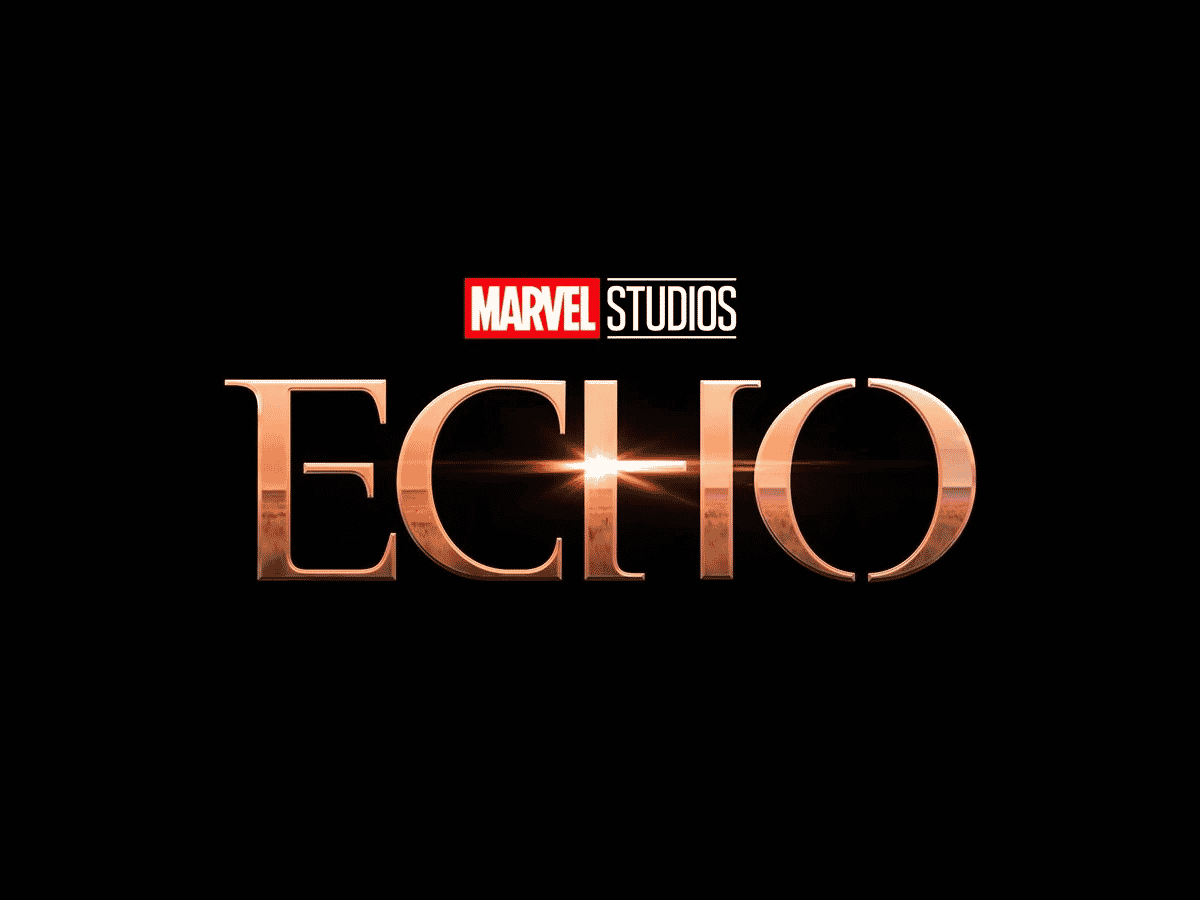 We were only given a rough release period for the Hawkeye spinoff series, starring Alaqua Cox as antagonist Maya Lopez. Importantly, it follows the one-off Christmas-themed special that Marvel released via Disney+ late last year, indicating that Hawkeye’s story arc may finally be getting its due respect. 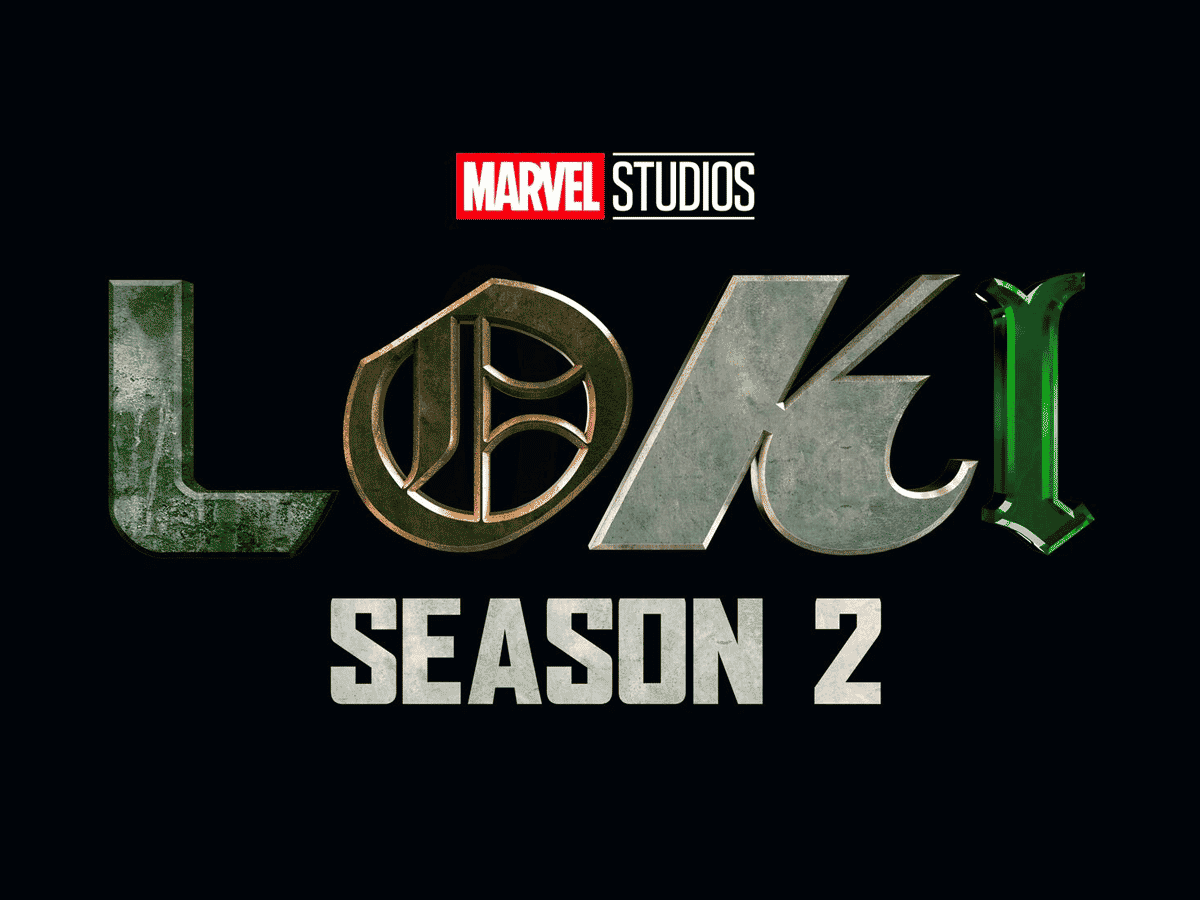 While the Disney+ series that introduced the multiverse to the MCU is currently filming, there was barely a mention of the popular show. However, there have been some pictures from the set floating around online as of late. 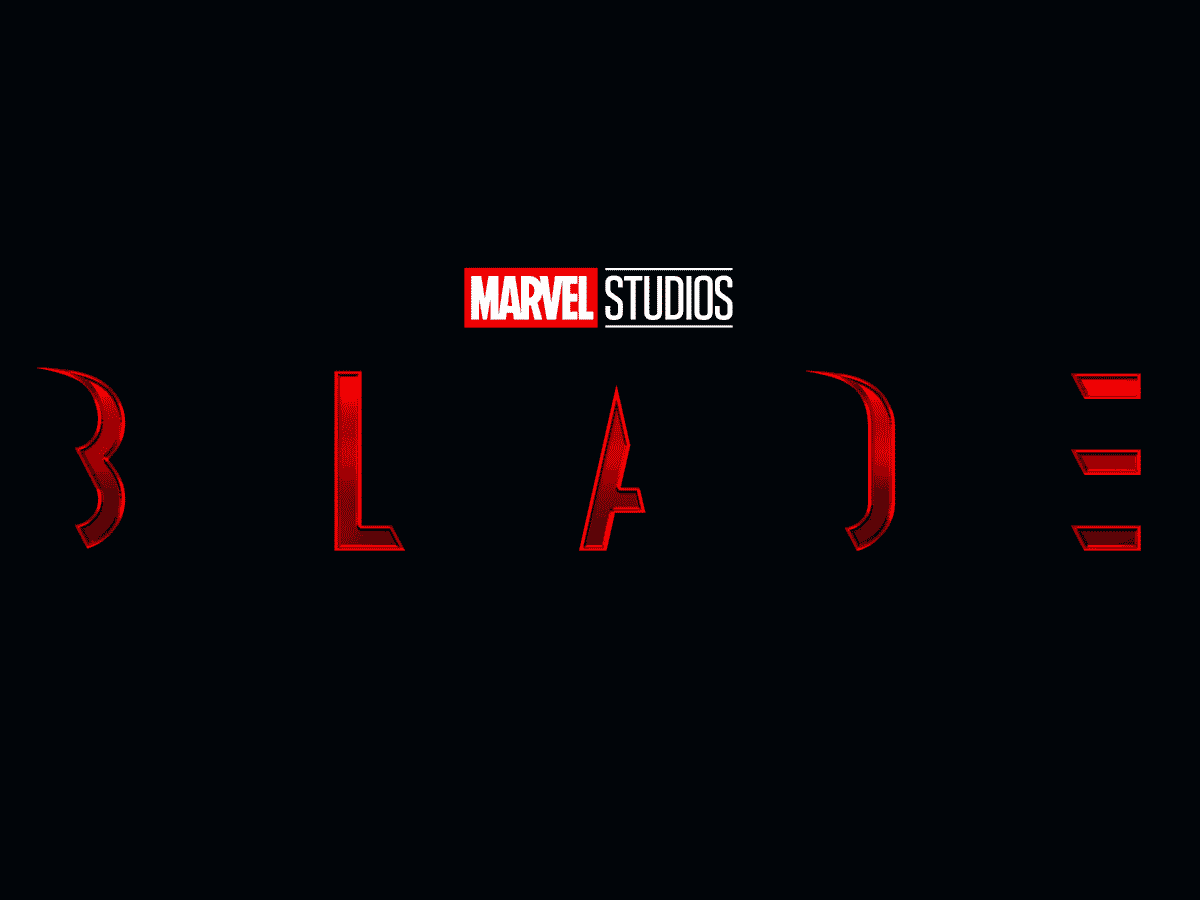 Feige made no casting announcements but confirmed that the reboot of the Marvel comics vampire franchise with Mahershala Ali will be the studio’s last feature for 2023, with shooting to begin in October this year. 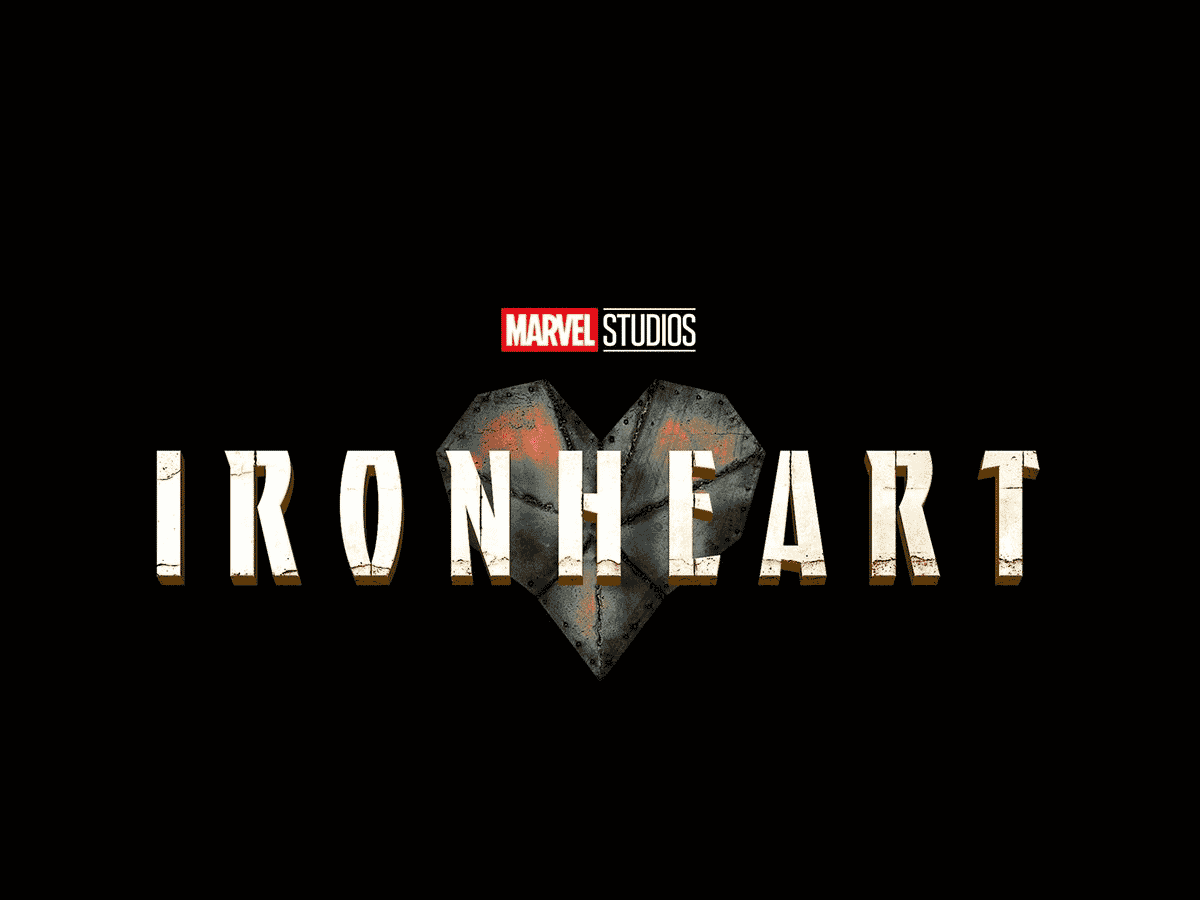 Following her introduction in Black Panther: Wakanda Forever, Riri Williams (Dominique Thorne) will take the lead in her own Disney+ series. 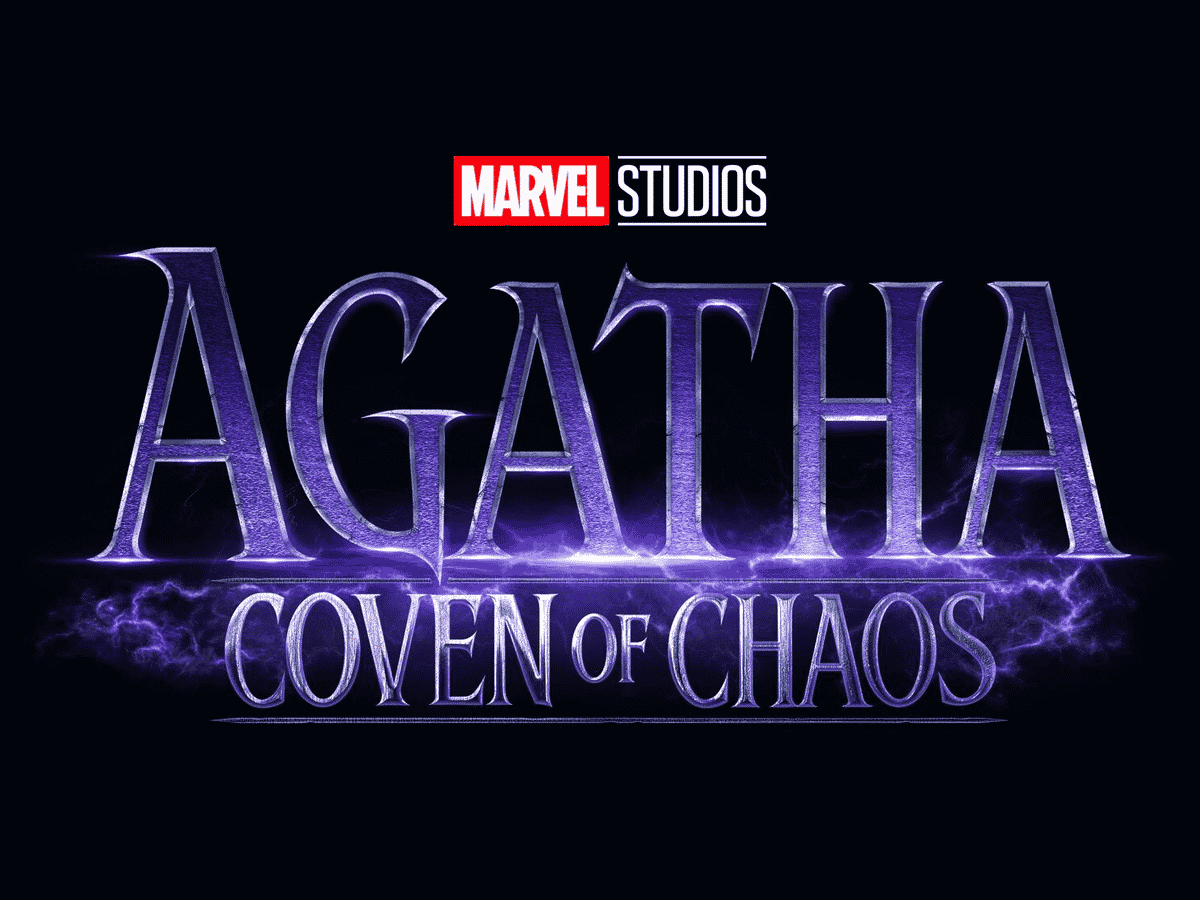 The WandaVision spinoff based on Kathryn Hahn’s Agatha Harkness will be the final Disney+ series in 2023. Fun fact, the show was originally titled Agatha: House of Harkness. 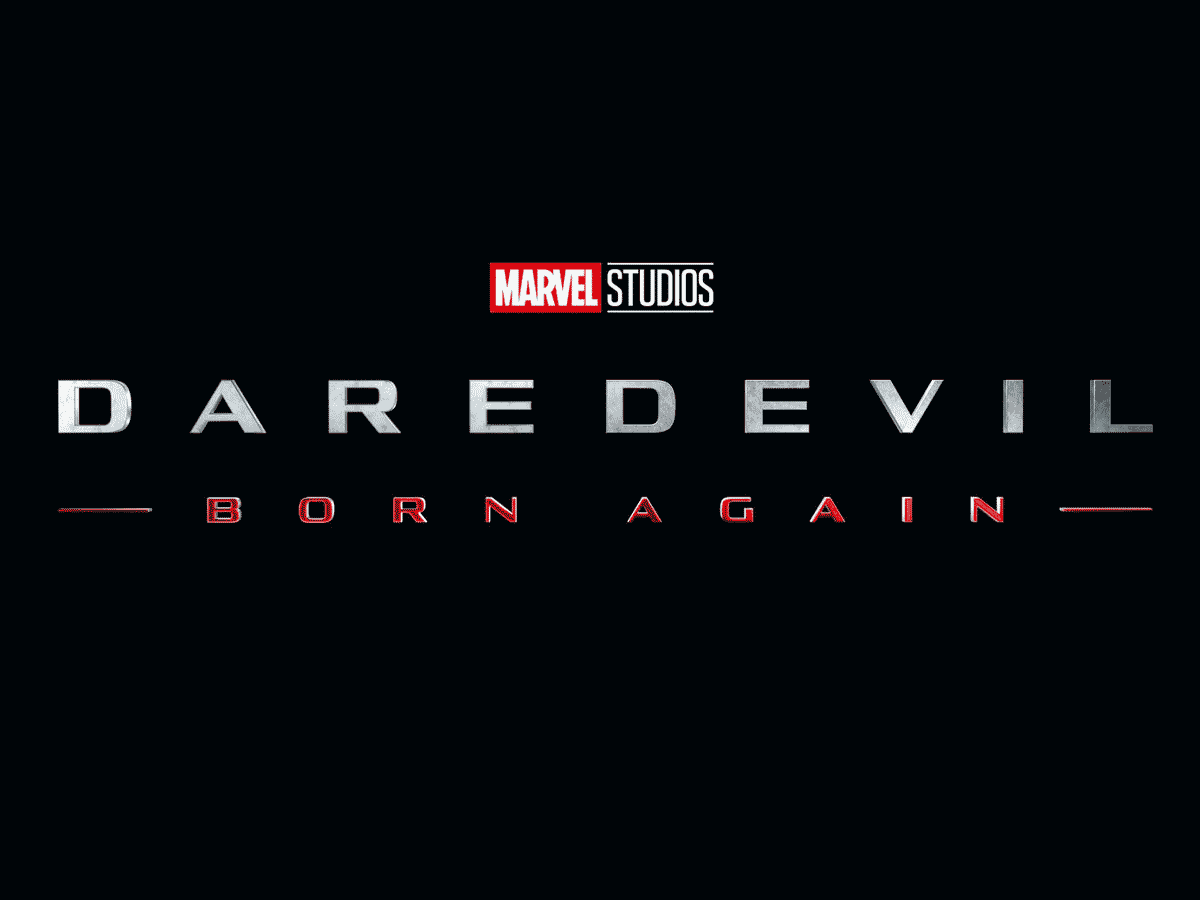 Originally launched on Netflix, Charlie Cox’s Matt Murdock/Daredevil is being brought into the Marvel Studios umbrella for a Disney+ series. The show is getting an unprecedented 18-episode order for its first season, with both Cox’s Murdock and his nemesis Kingpin (Vincent D’Onofrio) set to make an appearance on Echo. Additionally, it appears Daredevil will show up on She-Hulk before returning for the main series. 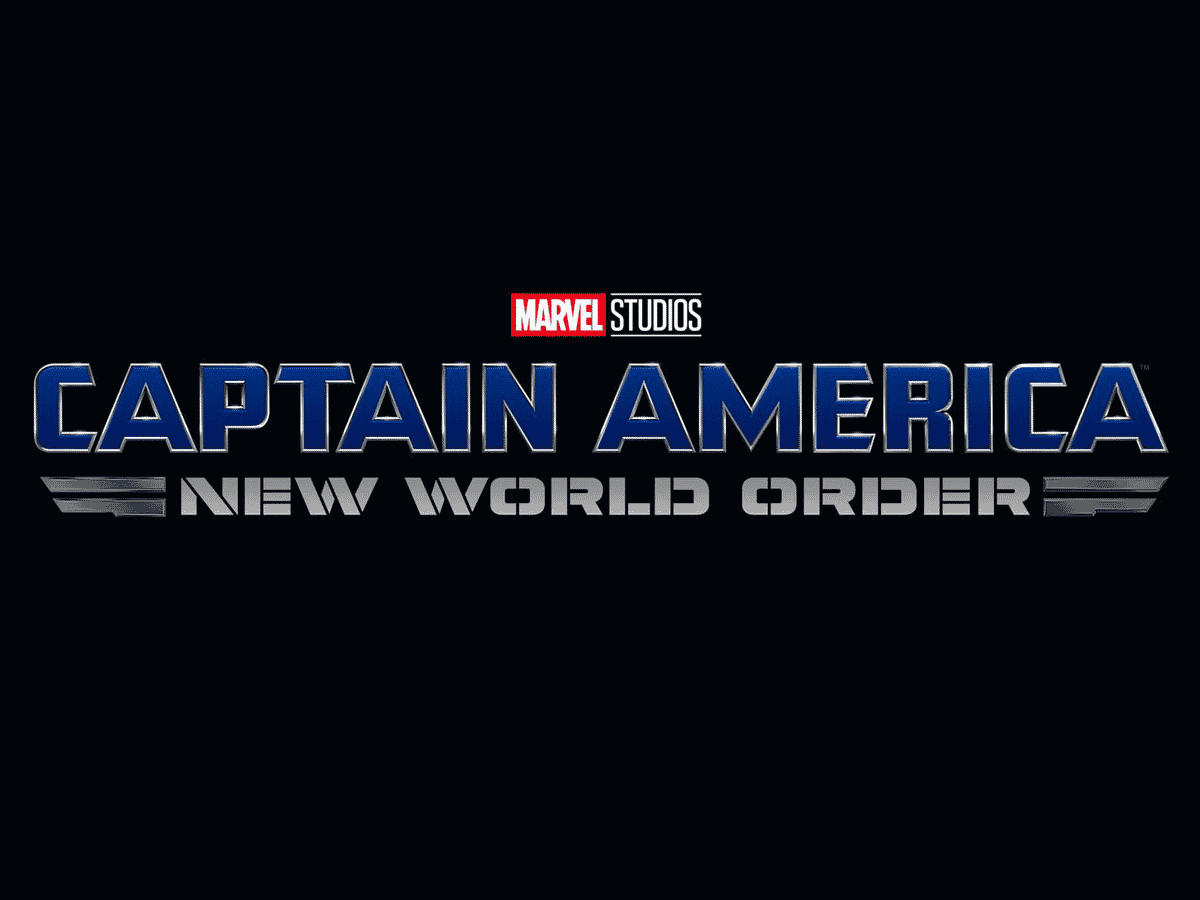 It’s been no secret since the conclusion of the Disney+ series The Falcon and the Winter Solider that Sam Wilson (Anthony Mackie) would return for his debut feature film as Captain America. The provocative title was revealed in Hall H, and the release date sets the movie up in prime position for Marvel’s 2024 schedule. 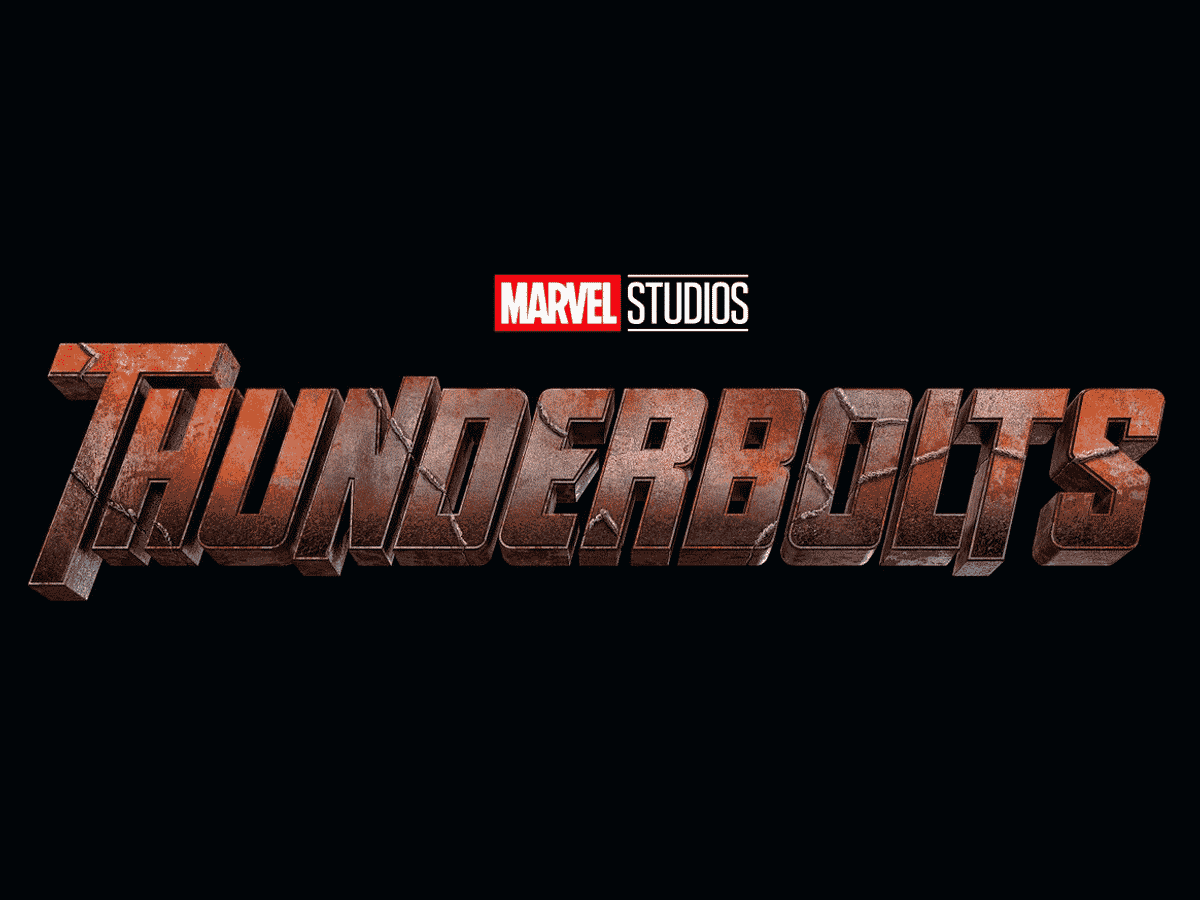 Phase 5 ends with Marvel’s team-up film about a bunch of MCU anti-heroes. Feige told the panel he would reveal casting another day.

Perhaps the biggest revelation about Phase 6 was that it only runs for less than a year. Nonetheless, here’s everything we know so far. In his discussion at San Deigo Comic-Con, Feige revealed that he “didn’t want anything to feel the same”, indicating that while new Avengers flicks were on the way, they would be very different than previous instalments.

“Well, I think the truth is all of the tags are never just about the future, their tags that are eating shawarma, Captain America saying, ‘You got to learn patience, sometimes you wait for something not worth it.’,” Feige said. “So they are always fun for us. We don’t want everything to feel the same. So some of the tags will connect, some of them won’t. Some of the films and shows will connect, some of them won’t. I think it’s just as important that we can have standalone introductory stories like Ms. Marvel, like Moon Knight, in addition to things that interconnect and build towards the larger story.”

Importantly, Feige confirmed that the new Avengers film, The Kang Dynasty will be a completely original story that helps feed into the new Multiverse Saga, a collection of films and series from Phase 5 and Phase 6 that all link together.

“A lot of what we’ve been doing has been building to the larger story,” he said. “Obviously, with The Kang Dynasty and The Multiverse Saga and now I think people will, I hope, come along for the ride both where it’s on an express train to the finale and also when it’s as fun as many of our Phase One, Two, and Three films were.”

While details are fairly scarce surrounding the new Marvel Phase 6 films, there are a few confirmed stories that Feige is excited about. Here is everything we know so far: 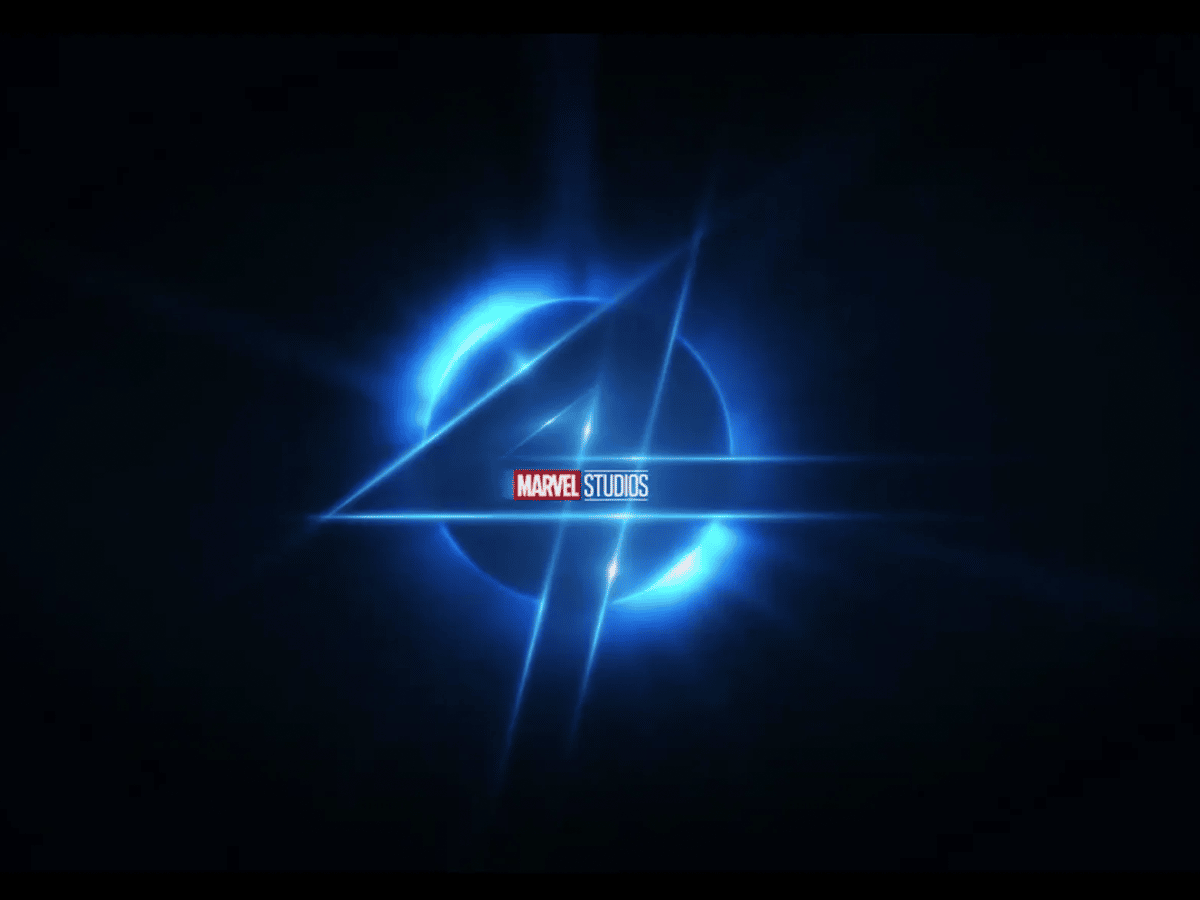 Spider-Man: No Way Home filmmaker Jon Watts recently stepped away from directing Fantastic 4, but that won’t stop the film from entering the MCU. Stay tuned for more information on this movie. 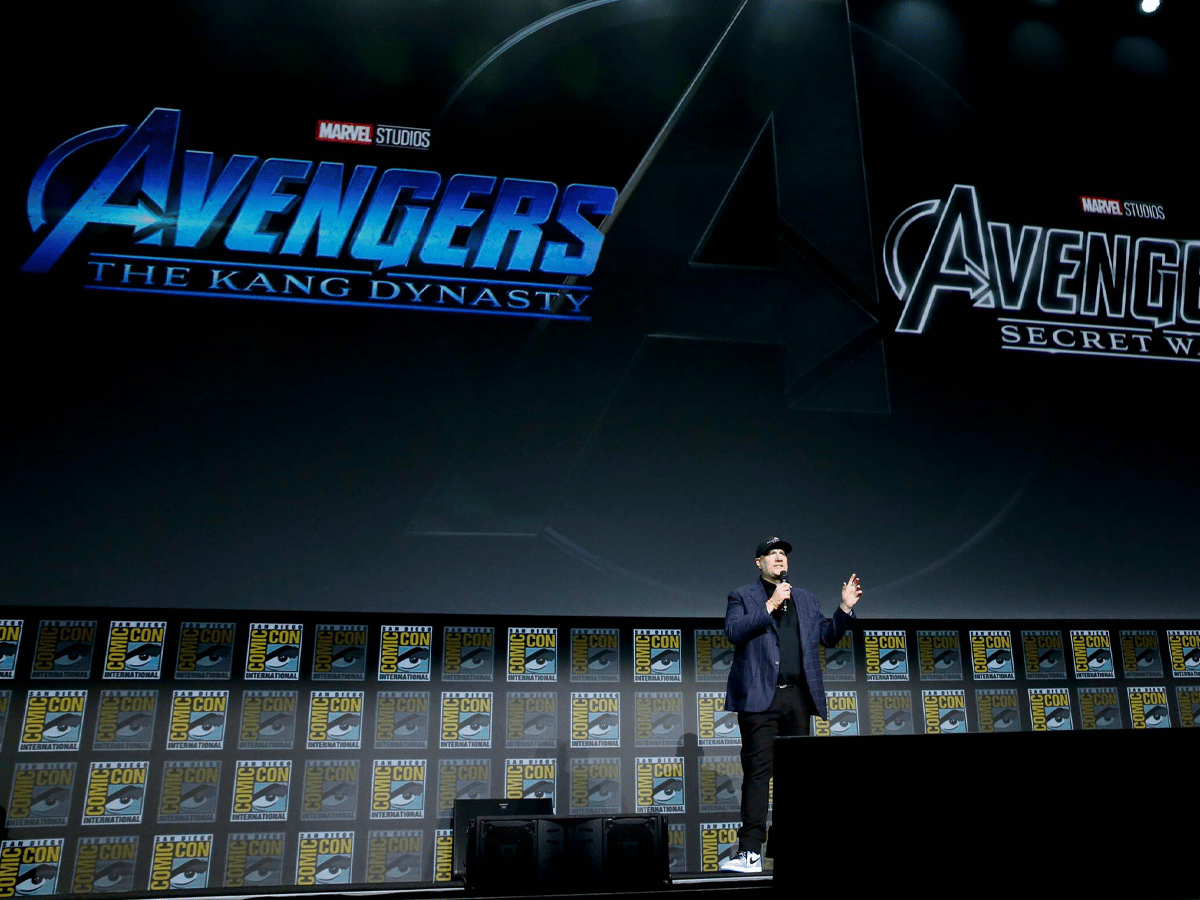 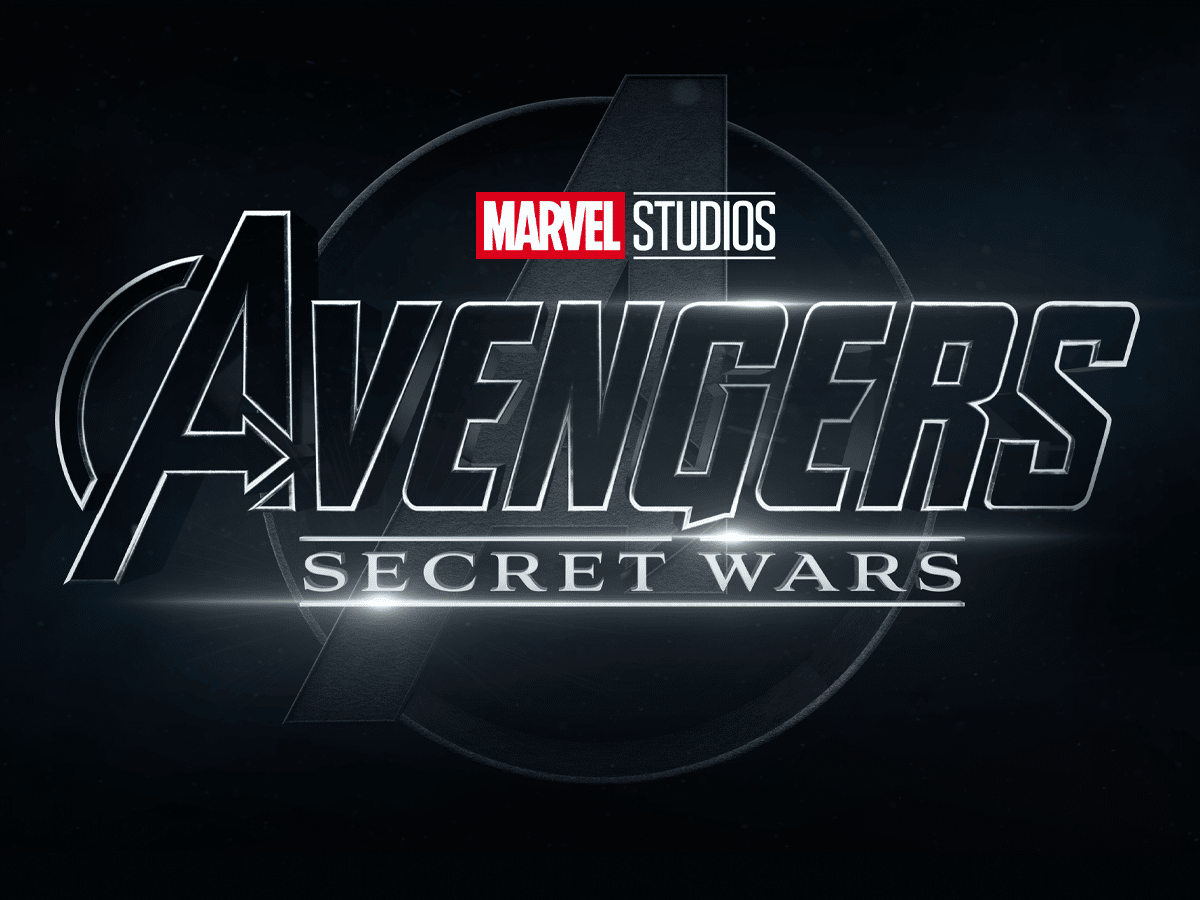 Fans have long been awaiting news of a potential live-action adaptation of the iconic comic book series of the 1980s, which sees various Marvel heroes and villains being taken by a cosmic entity known as The Beyonder, where they then fight it out on a planet called Battleworld.

Is multiverse saga a movie?

At San Diego Comic-Con 2022, Marvel Studios president Kevin Feige revealed information about The Multiverse Saga. Comprised of the various films and Disney+ shows from Phase Four, Phase Five and Phase Six, the new universe will introduce a host of new characters and story arcs, while also reinstating favourites like Captain America and the Avengers.

What phase is marvel in?

At present, Marvel is in Phase 4 of its Cinematic Universe, however, Marvel Studios president Kevin Feige has already outlined plans for Phase 5 and Phase 6. At San Diego Comic-Con, Feige revealed a three-year plan for the next iteration of Marvel. 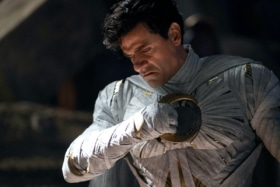 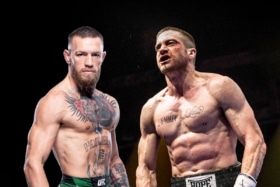