Gavin Free and Daniel Gruchy, the Slow Mo Guys, are back with a new video. This edition of their popular YouTube channel uses slow motion to show how a tranquillizer dart works. The video captures the dart at 3,000 frames per second, and it still looks incredibly fast.

You’ll also like:
The Legend of Adrian’s Kickback: How a Teen Birthday Party Became the Real-Life ‘Project X’
Shoot with the Bubbly Blaster Champagne Gun
Watch Antoni ‘Dante’ Villoni Fly Through the Paris Catacombs on a Bike 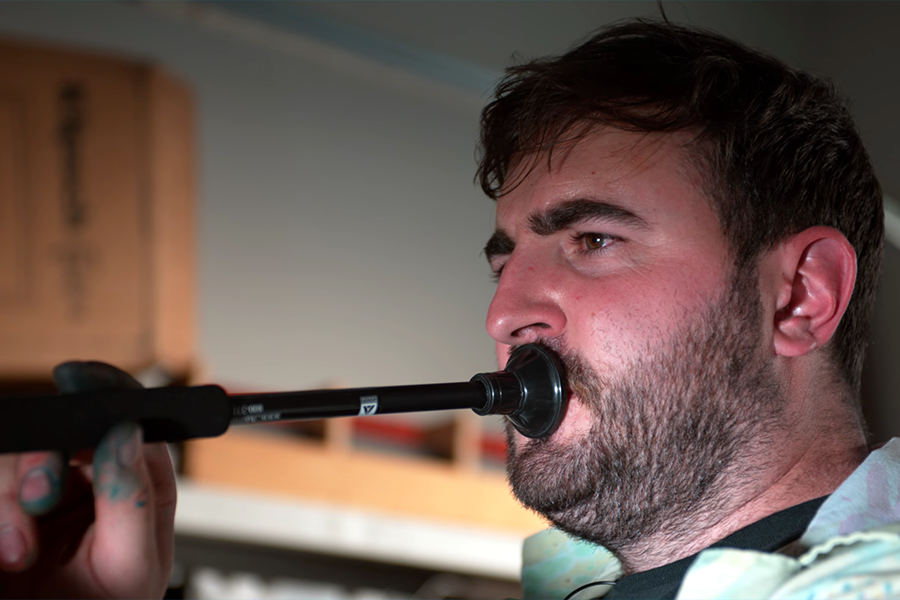 Over the course of 13 minutes, Free and Gruchy demonstrate how the dart, which is little more than a hypodermic needle with some fletching, works. The dart is typically a .50 calibre, and is propelled from the dart gun using compressed gas. The momentum of the dart transfers to a plunger when the dart hits the target, which then sends the drug out of the needle. Unlike other needles, the needle of the dart has a hole in the side rather than on the tip. This configuration proves to be a boon to the Slow Mo Guys as it provides more dramatic footage of the fluid being discharged. In order to keep the fluid from escaping before it hits the target, a rubber sleeve is used to cover the hole. The dart has two chambers—one that contains the fluid and the other that is pressurized through a one-way valve. When the dart hits the animal, the rubber sleeve is pushed away, causing the pressure to push the fluid out of the dart.

The video was shot using a Phantom Flex 4K camera to capture the flight of the dart at both 1000 frames per second and 3000 frames per second. Free and Gruchy have made a name for themselves in the online community thanks to their work capturing fast-moving events in slow motion. They have quite a following. Within just a week of posting the tranquillizer dart video, it had over 13 million views. They have quite a library of videos as well, so be prepared for a long day of binging—at least that won’t be done in super slow motion.

You’ll also like:
Dad Wrestles Alligator at World’s Most Chaotic Kid’s Party
Shoot with the Bubbly Blaster Champagne Gun
Beer with an Entrepreneur #1: How to plan your future wealth, today 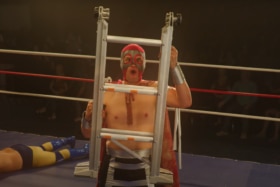