Bring in the Lunar New Year with the famous robot cat ‘Doraemon’ as Gucci heralds the year of the Ox with the Doraemon x Gucci capsule. The exclusive collection for men and women will feature Japanese manga icon Doraemon in his classic blue colour printed over the ‘GG’ motif. 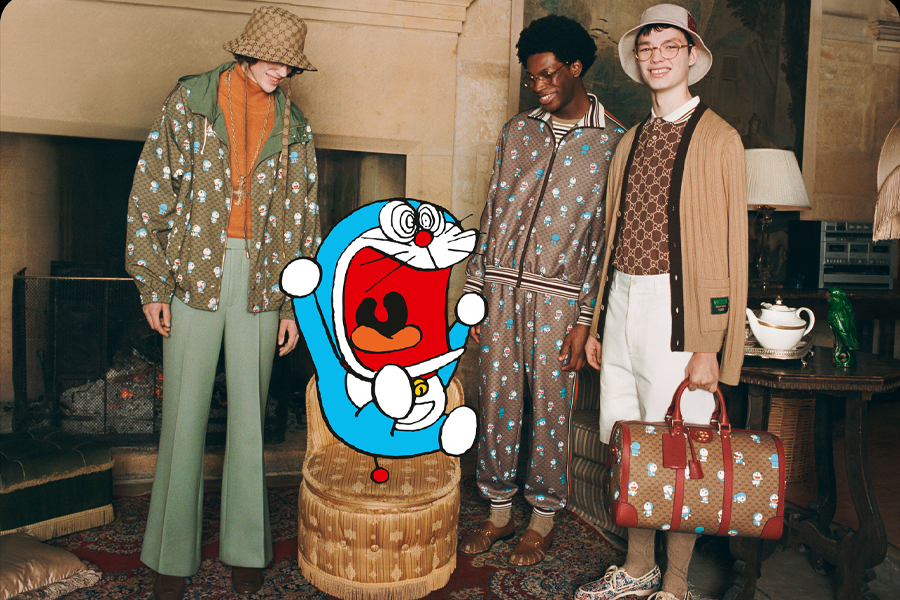 Celebrating 50 years of the robot cat, Gucci is offering over 50 items as part of the collection. These include a wide selection of coats, jackets, pants and accessories all embellished with Gucci’s traditional GG monogram print. The manga character further boosts the capsules accessories selection, with fans already getting excited over the Rhyton and Ace sneakers, iPhone case and 40mm Dive watch. Each and every product is emblazoned with large illustrations of a cheeky looking Doraemon.

Doraemon also takes the stage of the new Gucci Lunar New Year campaign shot by photographer Angelo Pennetta. The highly recognisable character becomes a companion who transforms everyday activities into joyful adventures. Whether he’s playing video games with friends or partying in the garden, Doraemon plays the role of an imaginary friend and brings colour into people’s lives. 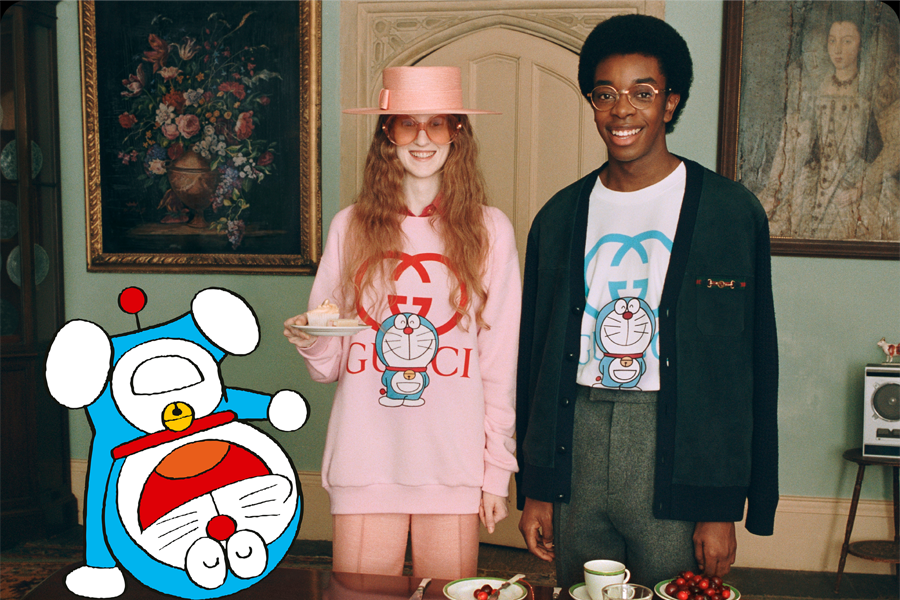 While the connection between Fujiko Fujio’s famous Japanese Manga character and Chinese Lunar New Year is a little hazy, the popularity of the robot cat is undeniable. As part of the new campaign, Doraemon will take over selected storefronts and street installations in different cities across Australia, China, Hong Kong, India, Japan, Malaysia, Singapore, Taiwan, Thailand and Vietnam. So don’t worry, you’ll have all the chance in the world to take those fit pics in front of the store.

The capsule collection is available now on the Gucci web-store. A new special and playful Doraemon‘s disguise, exclusively created in tribute to the year of the Ox will be revealed later in January, 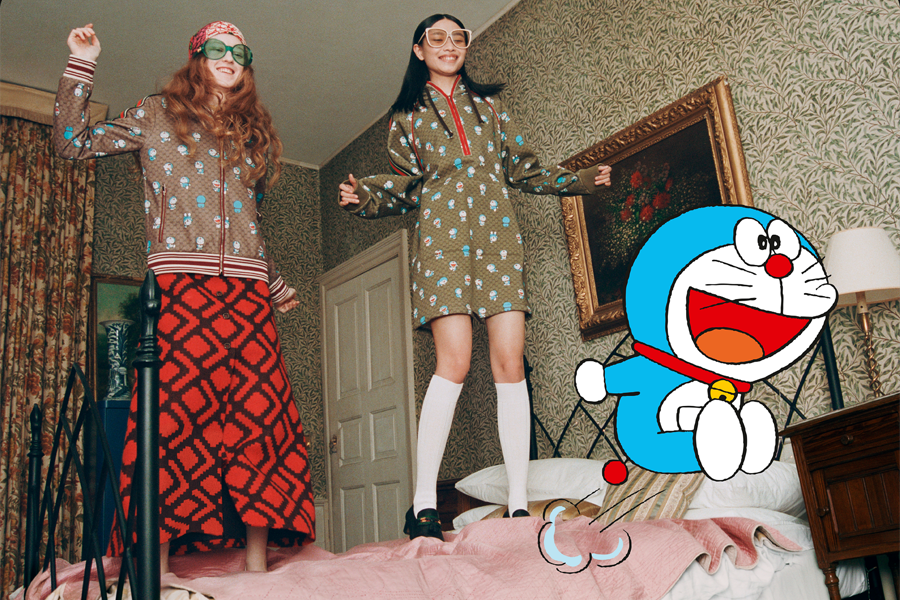 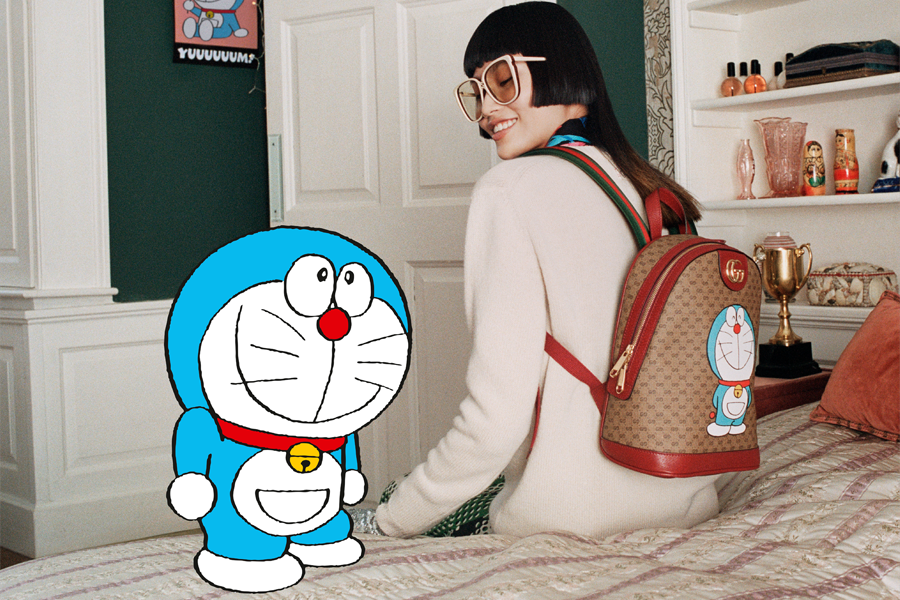 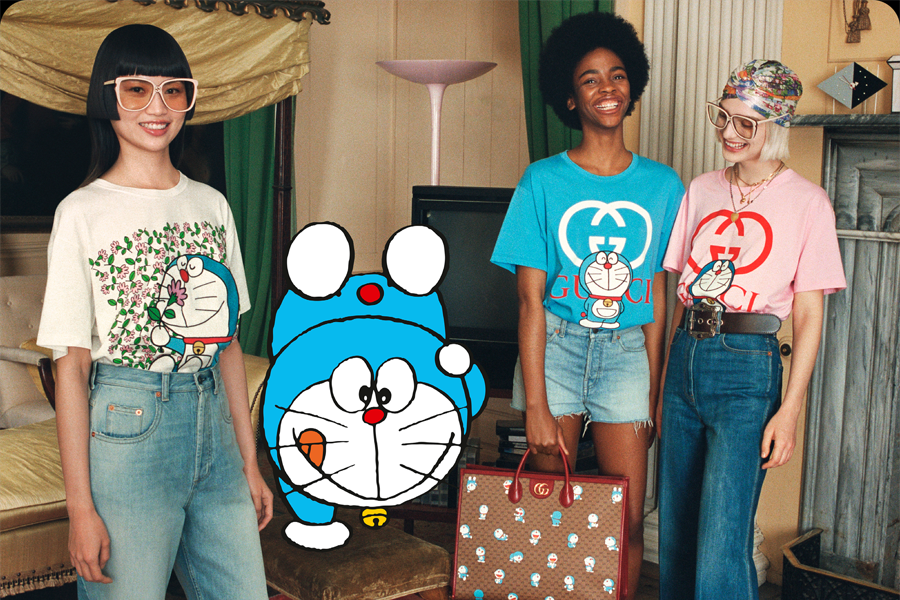 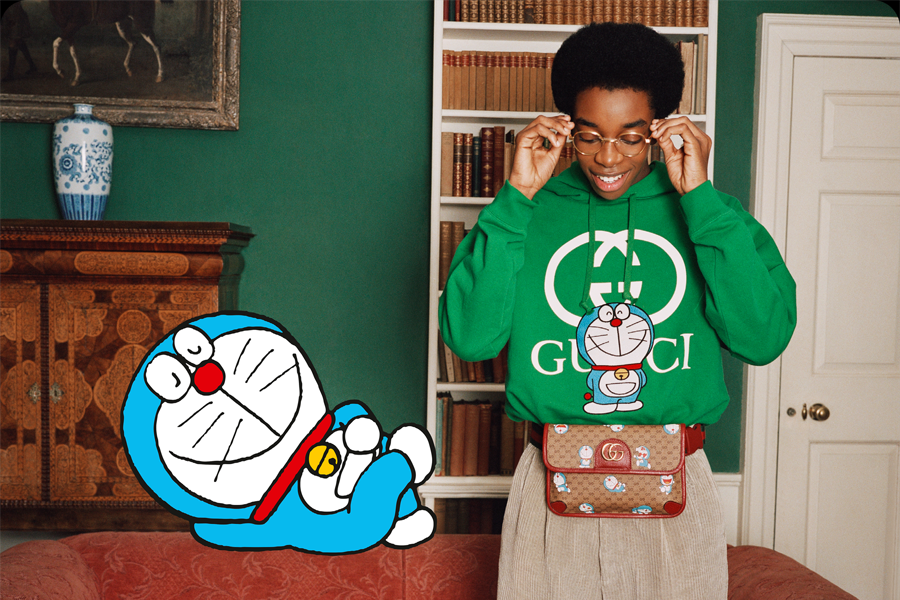 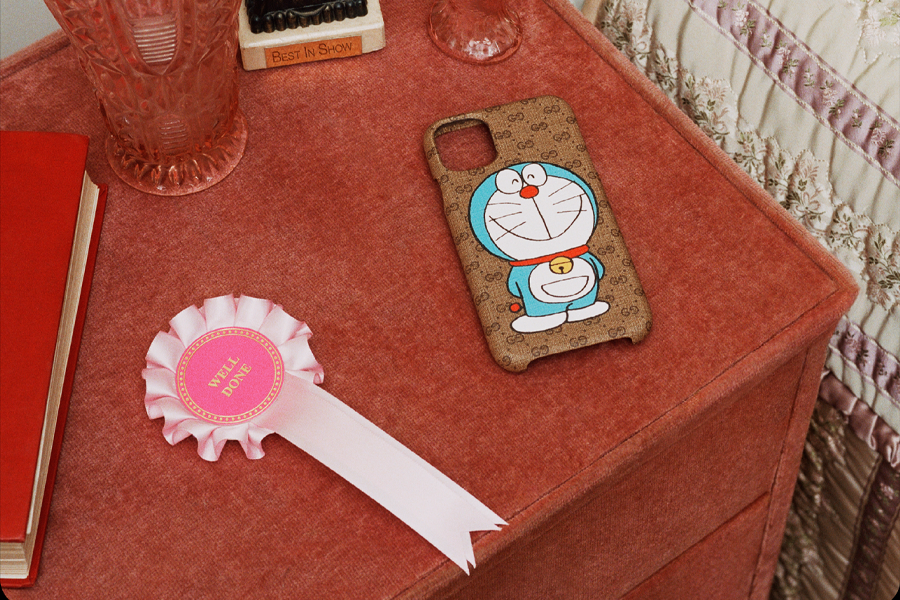 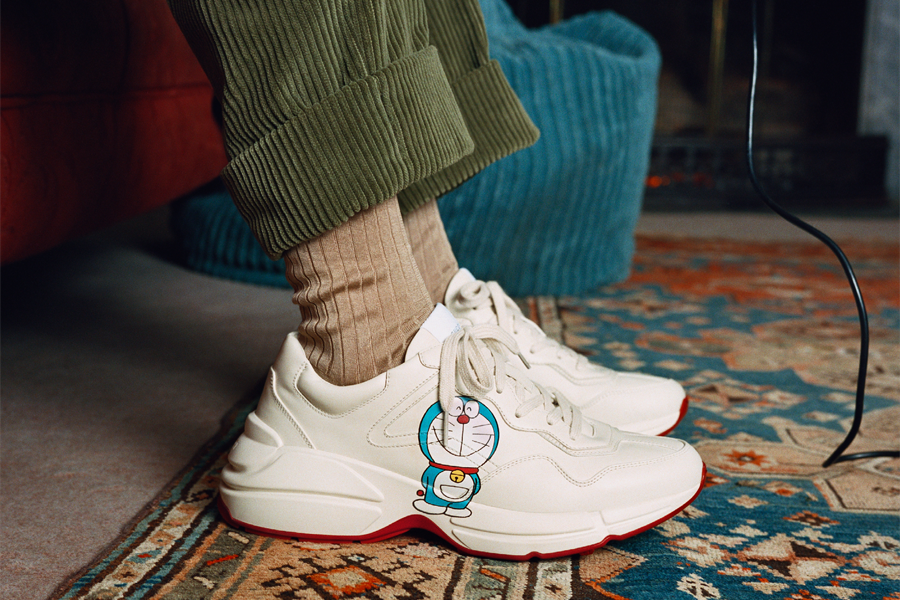 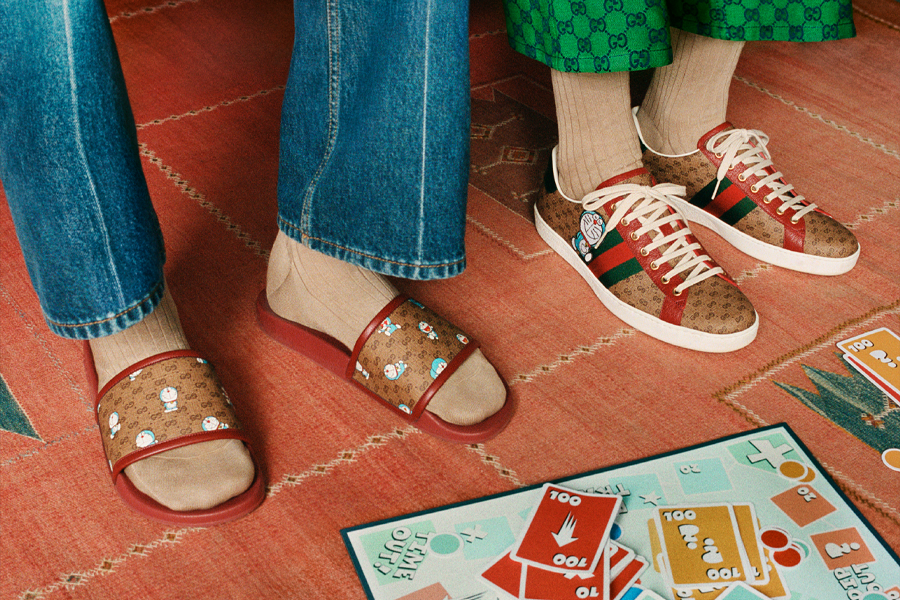 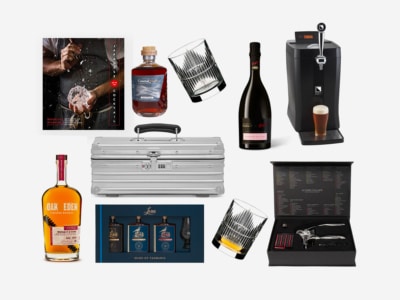 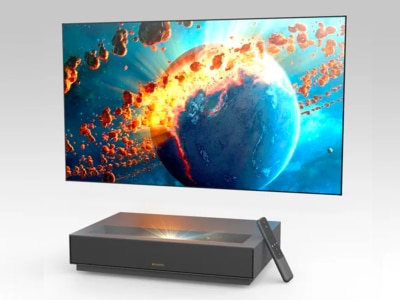 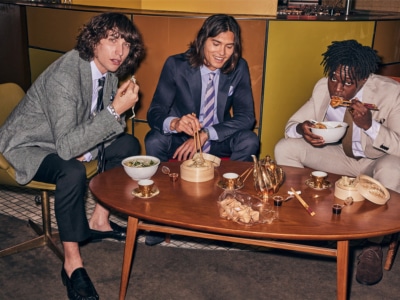 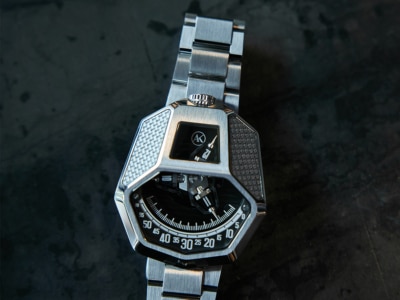 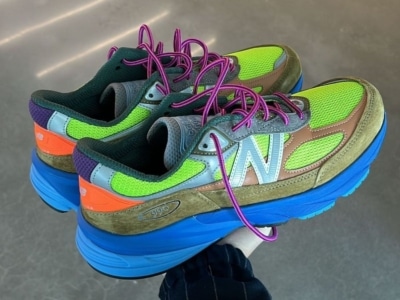 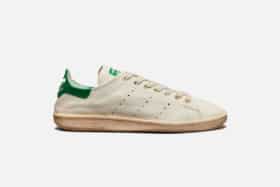 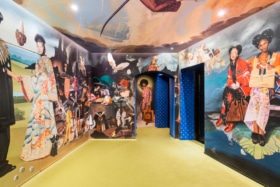