You’ve no doubt heard the story behind the shoe giant Nike, specifically the one about how legendary University of Oregon track coach Bill Bowerman poured rubber into his wife’s waffle iron to make a prototype sole for a new shoe. Bowerman went on to co-found the company that would one day become Nike with Phil Knight. Along the way, the Nike Moon Shoe was created, and now that piece of sneaker history is up for sale, with Sotheby’s handling the auction. 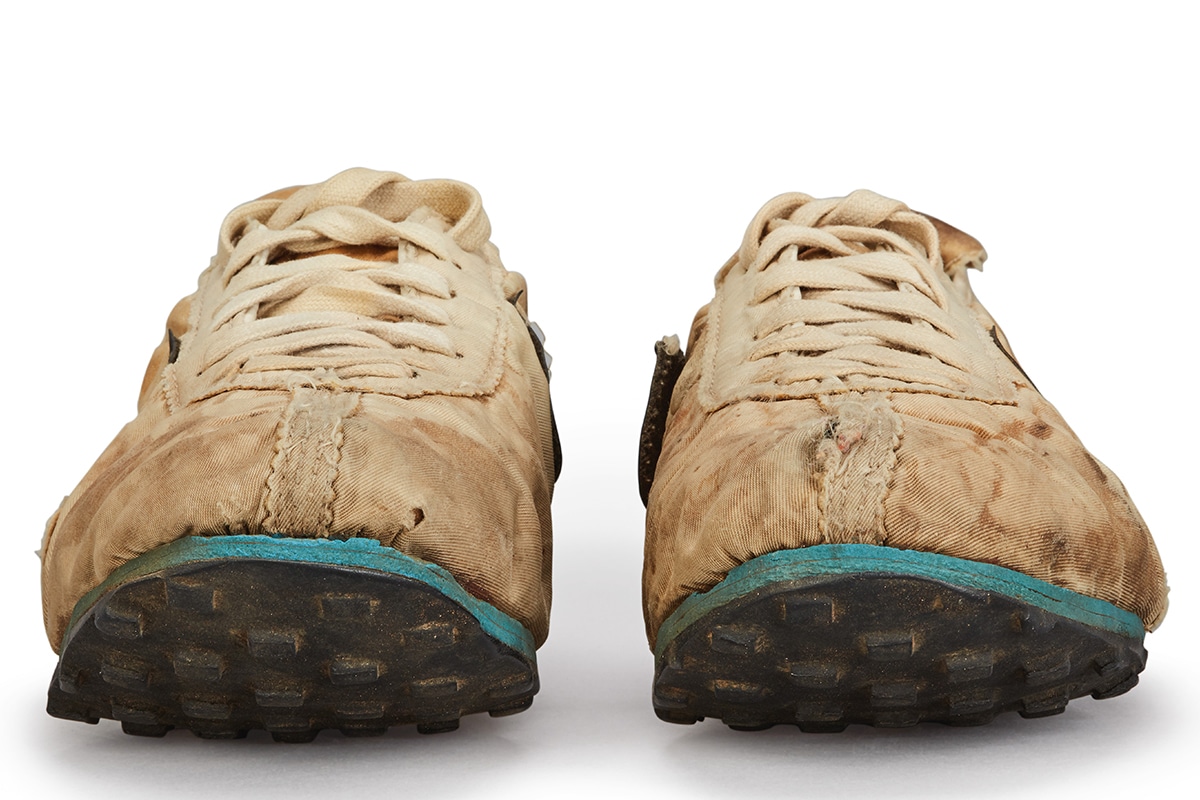 The original Moon Shoe was hand-cobbled by one of Nike’s very first employees, Geoff Hollister. Hollister hand sewed the white nylon upper, adding the black Swooshes using fishing line. Aside from the Swoosh, you won’t find any Nike branding on the shoe. The shoe’s waffle iron sole, which was made in two parts because Nike didn’t have the technology to create a single piece yet, provided a traction pattern that created better grip and cushion for runners, especially compared to contemporary shoes. The design caught on quickly, giving a foundation for Nike’s rise.

The Moon Shoe got its name for the resemblance to the pattern left in the tracks of the astronauts who walked on the moon in 1969. The Moon shoes debuted at the 1972 Olympic trials. The pair of Moon shoes that Sotheby’s is offering comes with a provenance provided by Tom McChesney, a runner at South Eugene High School in Oregon. The shoes show wear that is consistent with their age and with their use.

The shoes are currently listed at $100,000, but could easily go for more. With only about 12 pairs of shoes having been originally made, this pair is extremely rare. A pair of unworn Moon Shoes sold for $437,500 in 2019, so seeing this pair of shoes go for more than its initial price is well within reason. 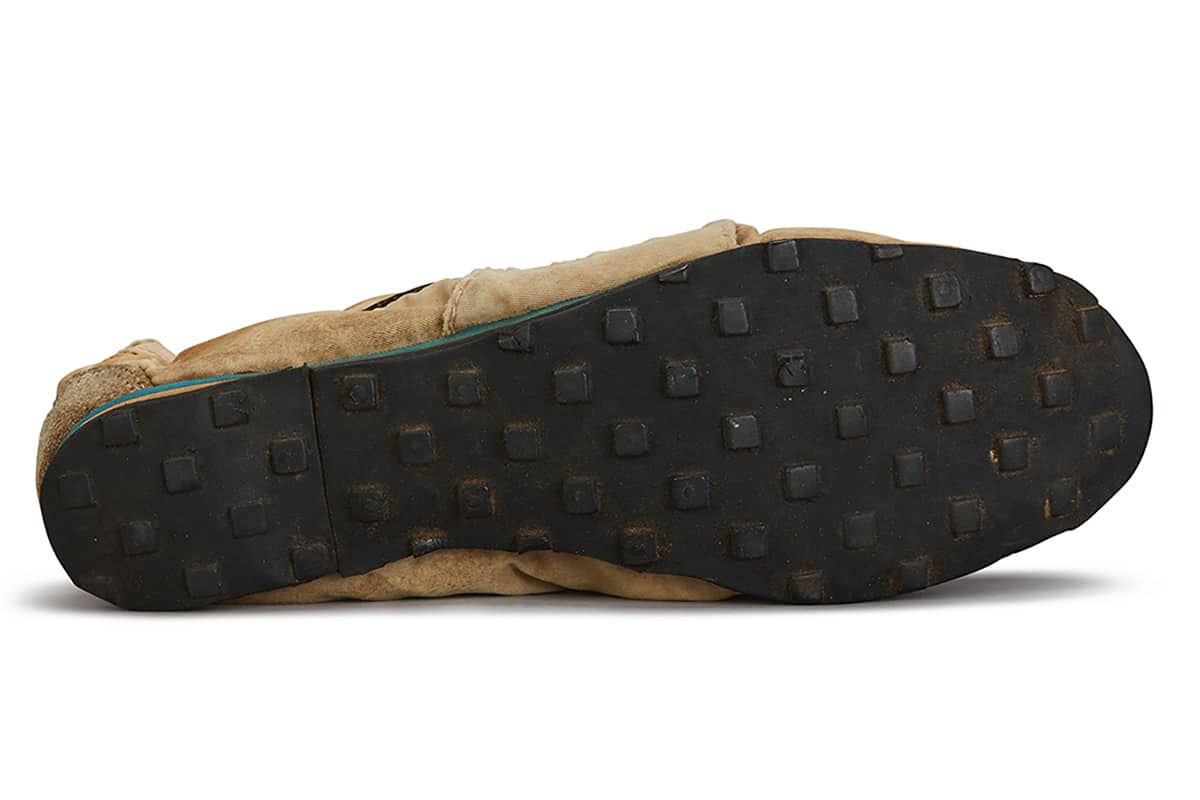 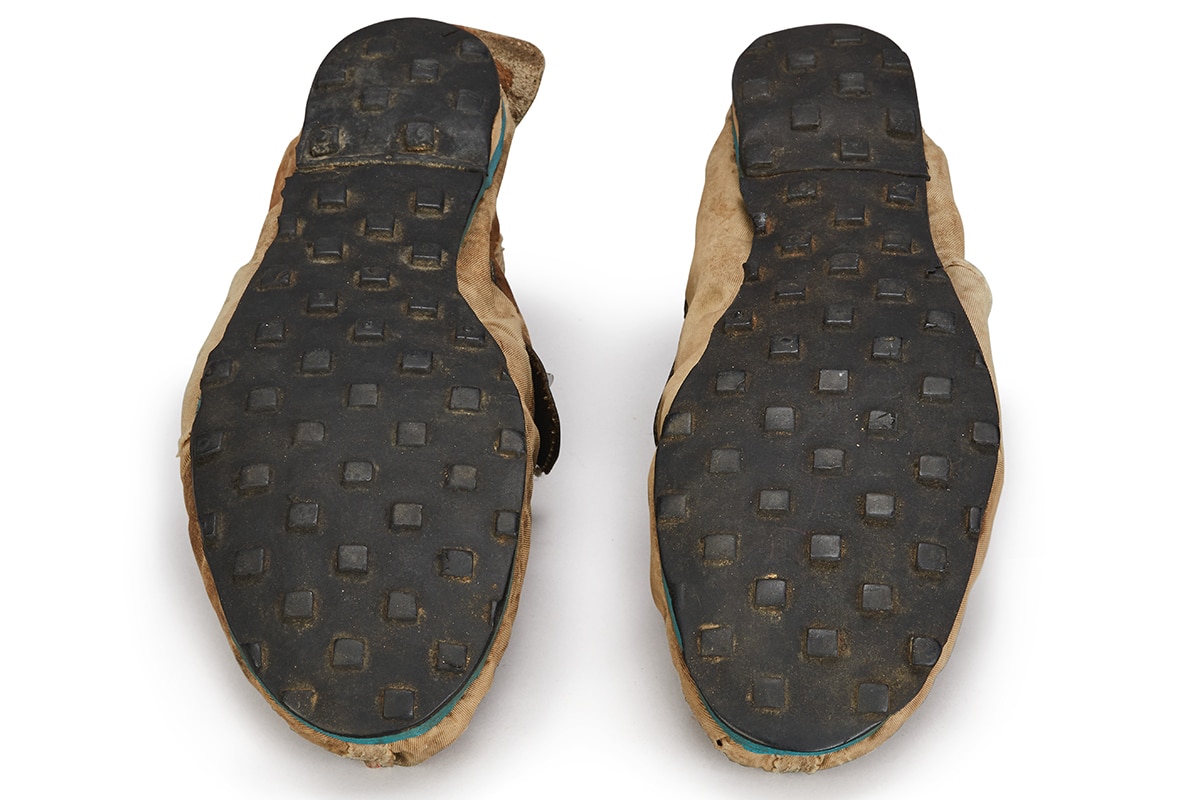