Swiss watchmaking icon TAG Heuer is no stranger to sustained success. Over the past 160 years, the St Imier-born enterprise has crafted some of the world’s most collectible releases, from the Steve McQueen square-body special Monaco to the original Autavia, but few watches could hold a candle to the Carrera. Make no mistake about it, the Carrera is the beating heart of the TAG Heuer lineup, responsible for bridging the gap between Jack Heuer’s legacy of adrenaline-fuelled adventure and the maison’s history of exquisite craftsmanship. Many variations have come and gone over the years, but the original 1963 Carrera Panamericana remains one for the record books. At least…it did. Six decades since that first inaugural piece made its famous debut, TAG Heuer has revisited the past, unveiling a new Carrera 60th Anniversary Edition. 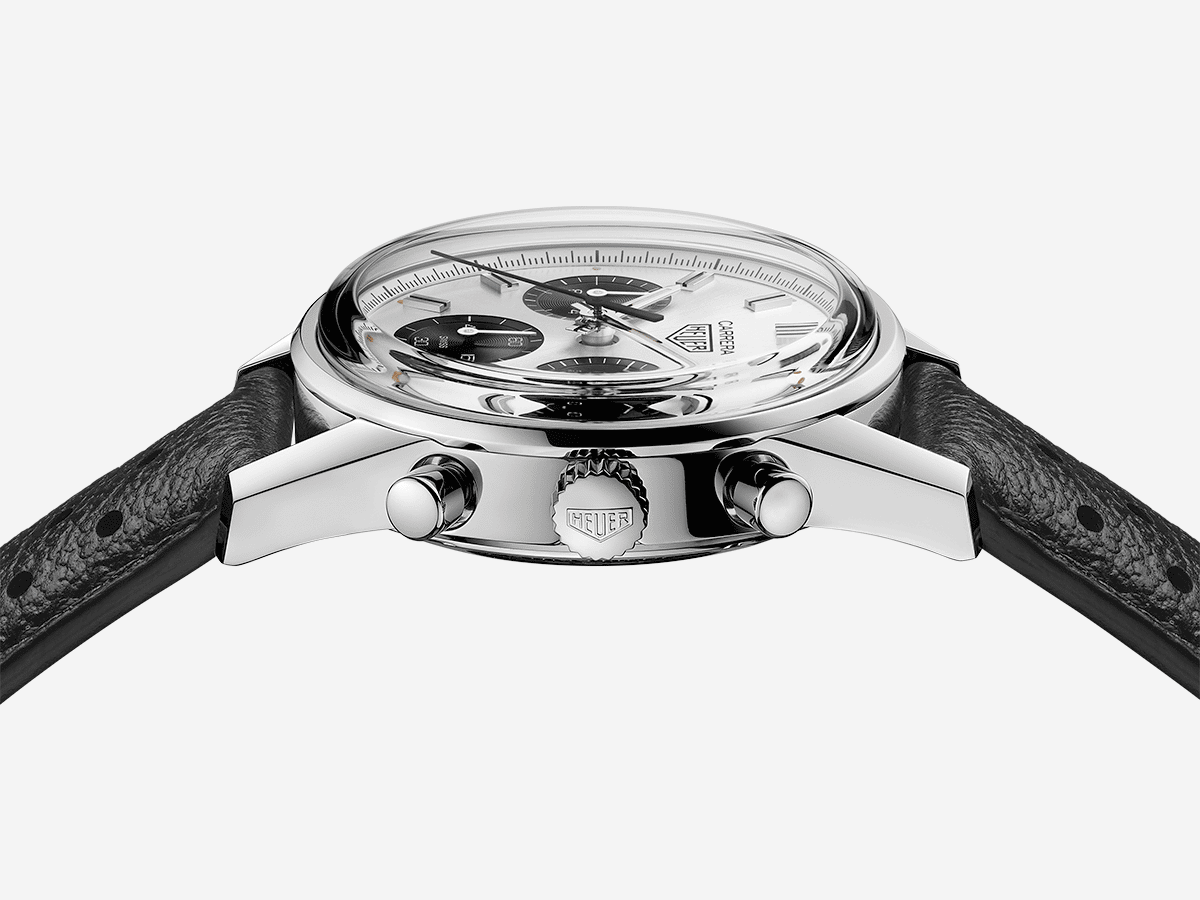 Revealed as part of LVMH Watch Week 2023, the new TAG Heuer Carrera Chronograph 60th Anniversary Edition brings the design concepts behind the Panamericana into the modern era. Complete with the iconic ‘panda’ dial, this vintage-inspired timepiece is a stunning homage to yesteryear, harking back to the days of James Hunt and Mick Jagger.

The piece even features black stripes down the central hands and hour markers, along with double stops at 12, and of course, black counters with high-contrast white markings. The 39mm polished steel timepiece, which is limited to 600 units worldwide, is a faithful reinterpretation of the Carrera 2447 SN, in more ways than one. 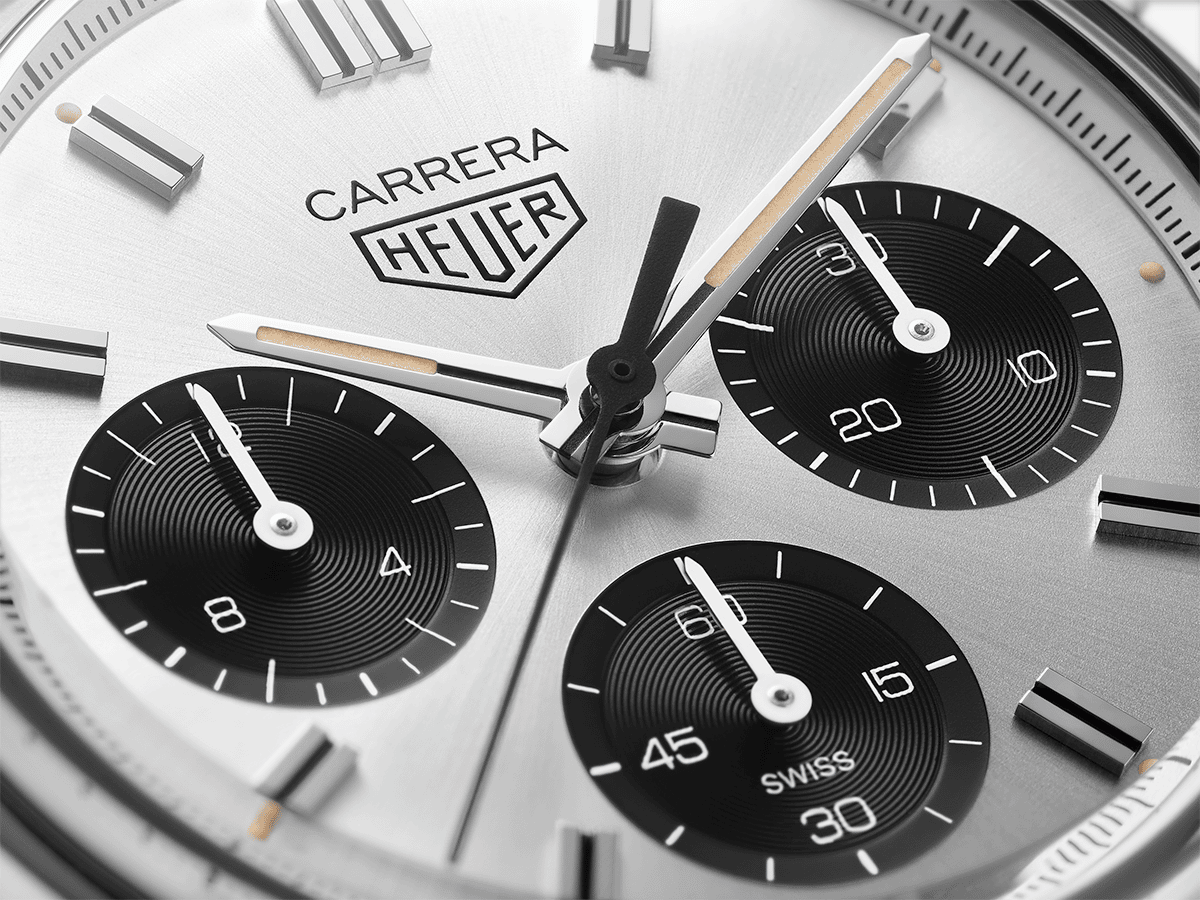 In a unique move, TAG Heuer has also adorned this watch with the vintage Heuer logo, which was still in use back in 1963 when Jack Heuer first introduced the 2447 SN, a watch inspired by the dangerous and short-lived Mexican road race. The silver sunray-brushed dial also sports the Carrera name with the counter at 6 carrying over the word ‘Swiss’, marking the watch’s Swiss Made status. Throw in the vintage pushers, beige lume and slimline tension ring around the dial’s outer edge, and it’s not hard to see where the retro-inspiration rings true.

But there are some modern adaptations to look out for. Unlike the original, this 60th Anniversary Edition Carrera sees the 60-minute and 12-hour counters reversed, with the radioactive tritium swapped for Super-LumiNova. Inside, the 21st-century approach is on full display with the sapphire crystal case back revealing the Heuer 02, TAG Heuer’s 80-hour in-house automatic chronograph calibre. 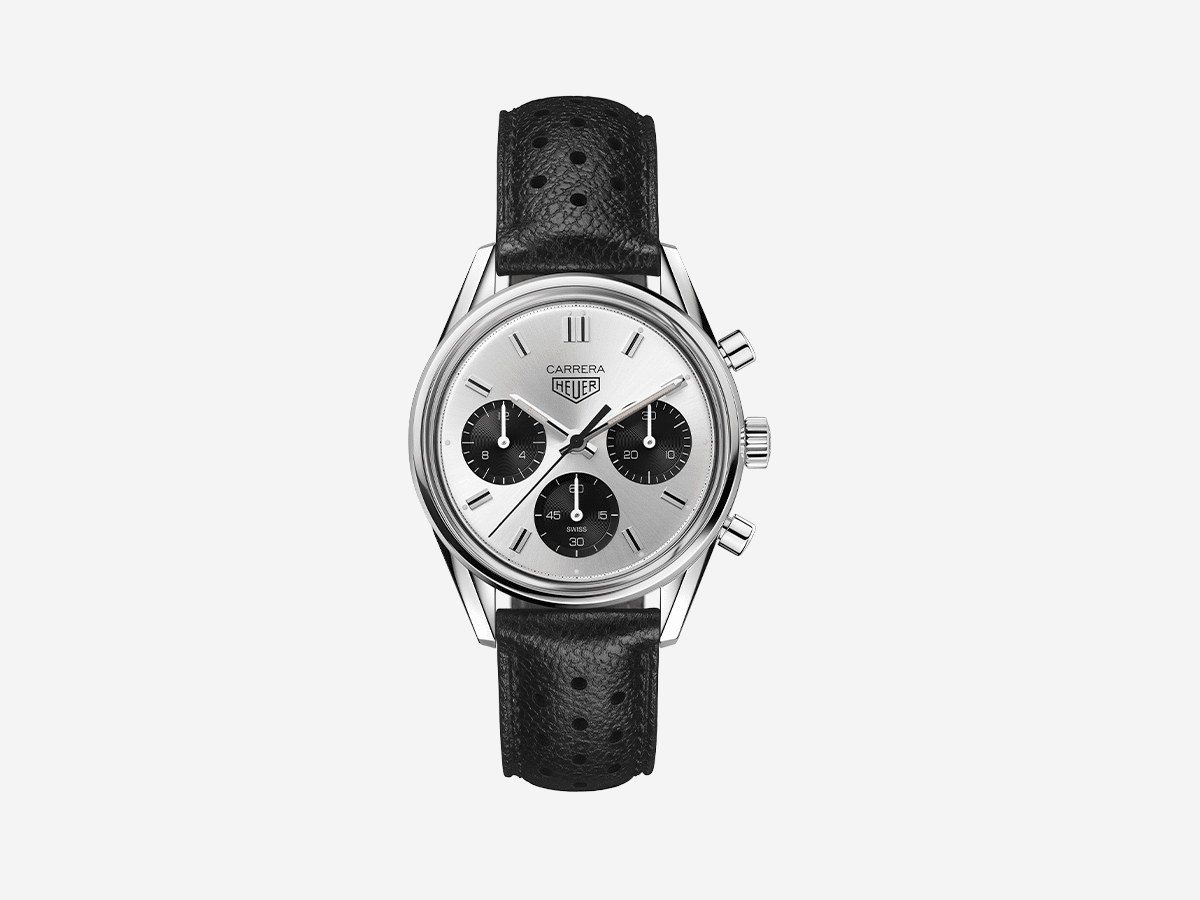