The special edition Carrera is launched on the 20th anniversary of Manchester United winning the Premier League, FA Cup and UEFA Champions League all in the 1998/99 season. This impressive feat is referred to as “The Treble.”

The Carrera also celebrates TAG Heuer extending its role as the official Manchester United timekeeper – a position the Swiss watch brand has occupied since 2016.

“TAG Heuer has always been involved in the world of sport and committed to improving performance with innovative timekeeping technology,” said Minna Philipson, TAG Heuer’s Vice President Brand and Communications. 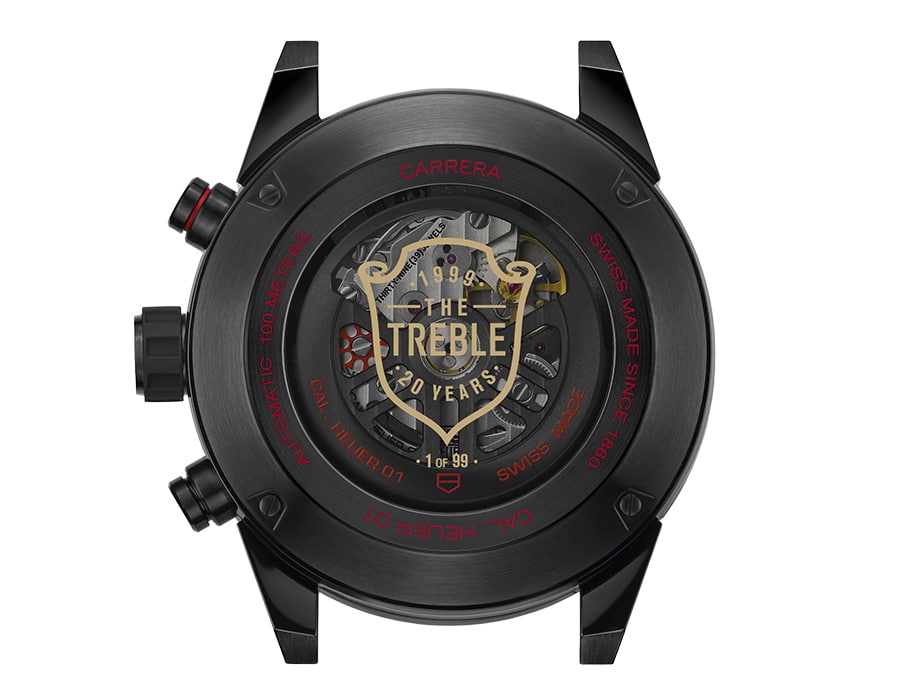 Equipped with the Calibre Heuer 01 automatic movement, this sporty watch features a black opaline dial with the Manchester United logo printed on the 9 o’clock counter.

Made from black PVD-coated stainless steel and featuring a black ceramic bezel, this striking timepiece has a beige central seconds hand and matching indexes and is presented on a red leather and rubber strap with black stitching.

The same red colour is found on the 60-second flange and the caseback, where the collection name and movement are also printed. The transparent caseback offers a view of the mechanical movement within. The sapphire crystal is decorated with the outline of a shield and “1999 – THE TREBLE – 20 YEARS” and “1 OF 99” written in beige.

Only 99 of this particular model have been produced, and they will be available at selected TAG Heuer boutiques in the UK and China, JD.com, T-Mall and on Manchester United’s online platform. 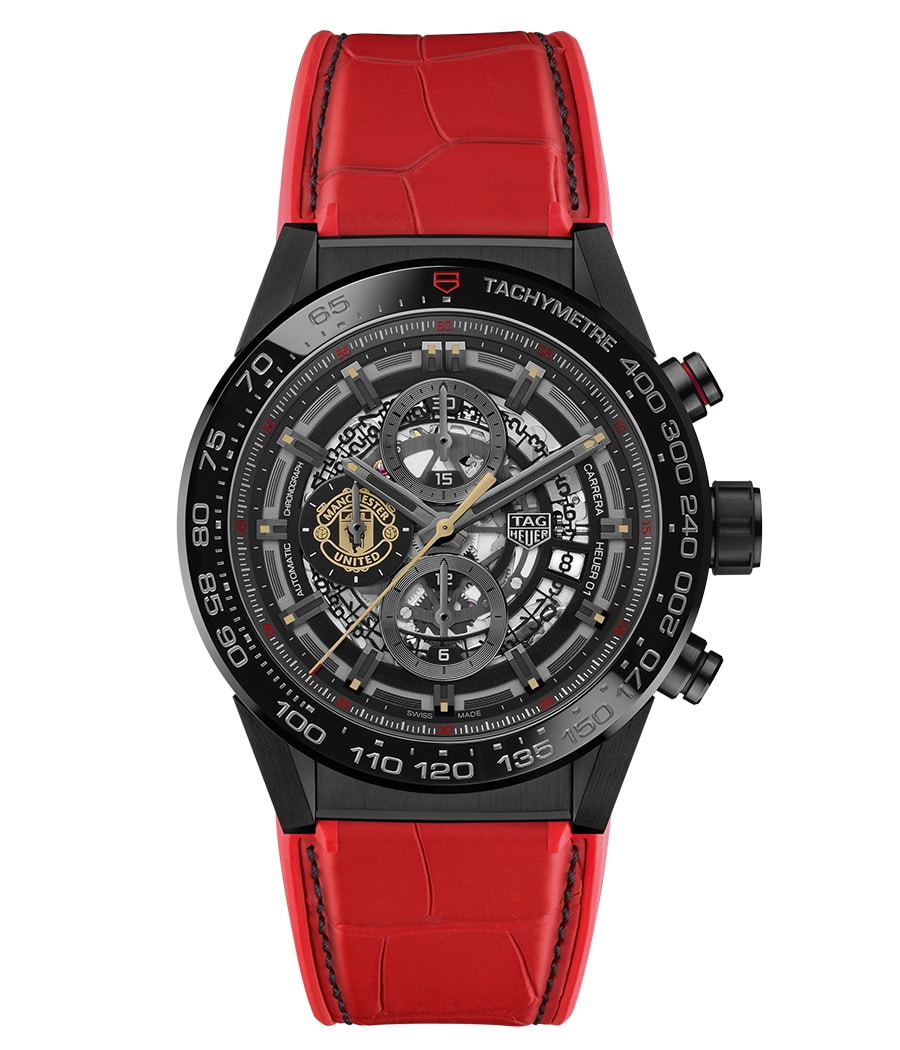