The busy streets of Melbourne are lined with bars filled with beer, glorious beer! From the craft breweries to the old-style traditional pubs there’s something for everyone. Instead of going to your usual spot why not try something a little different, you never know, you might just find your next local favourite. Check out the best beer bars Melbourne has to offer.

Best of Beer Bars in Melbourne

How We Chose This List of Beer Bars in Melbourne

This list was compiled through personal experience and online research, as well as through commentary from beer critics and expert bar reviewers. Boilermaker House is one of the best craft beer bars Melbourne has to offer, but not only that it has a pretty decent whiskey menu to boot. The name is the perfect descriptor of what this bar does best, whiskey and beer; the boilermaker of course is the practice of taking a shot of whiskey with a beer chaser. You’ll find a few local favourites including Wayward Brewing Co and Stomping Ground, plus some international brewers. If blues and brews are your thing, this is most certainly the place for you. 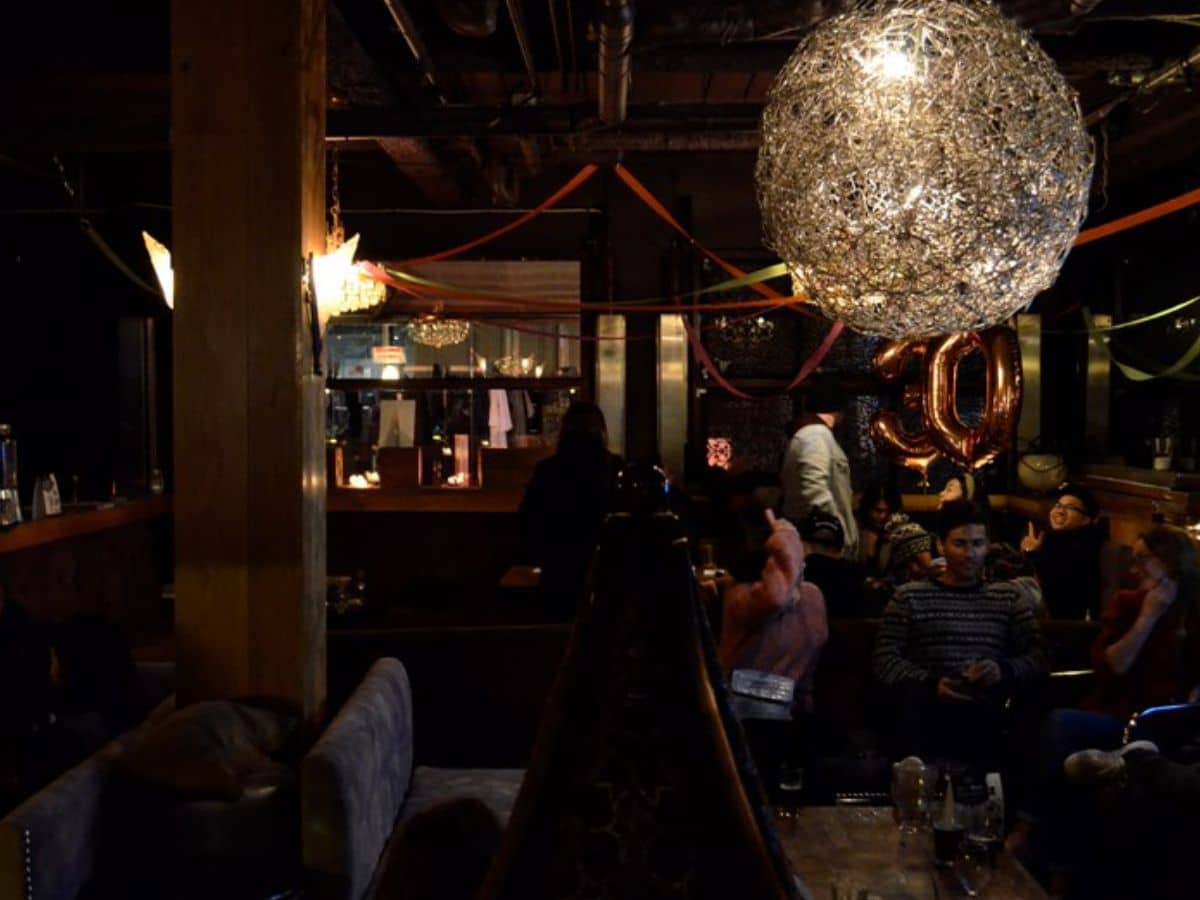 With one of the most extensive ranges of micro brewer beers in Australia, you can’t really go wrong with Penny Blue. They’re the craft beer specialists and with over 100 different beers on offer and the rotating taps of new and limited releases from Australia’s best brewers, you’ll be in for a treat every time you visit. If you feel a little lost on what to order the knowledgeable staff love their beer and can guide you in the right direction. 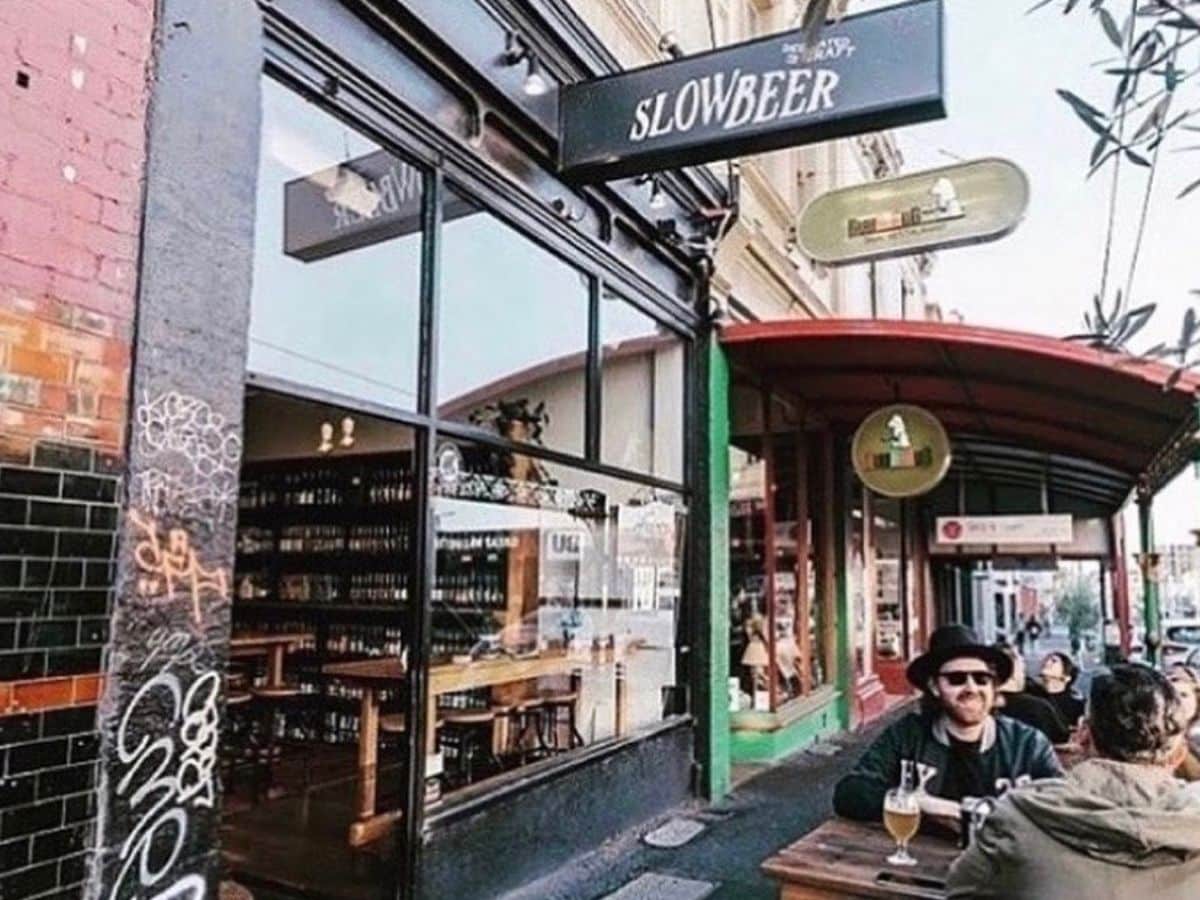 If you are after a place that is the antithesis of fast food and where you can really soak up the experience of dining out and beer tasting, then this is the place for you. Slowbeer offers a take on the slow-food movement that puts an emphasis on quality and experience. This Melbourne beer bar offers 5 rotating taps plus over 250 beers available for tasting. 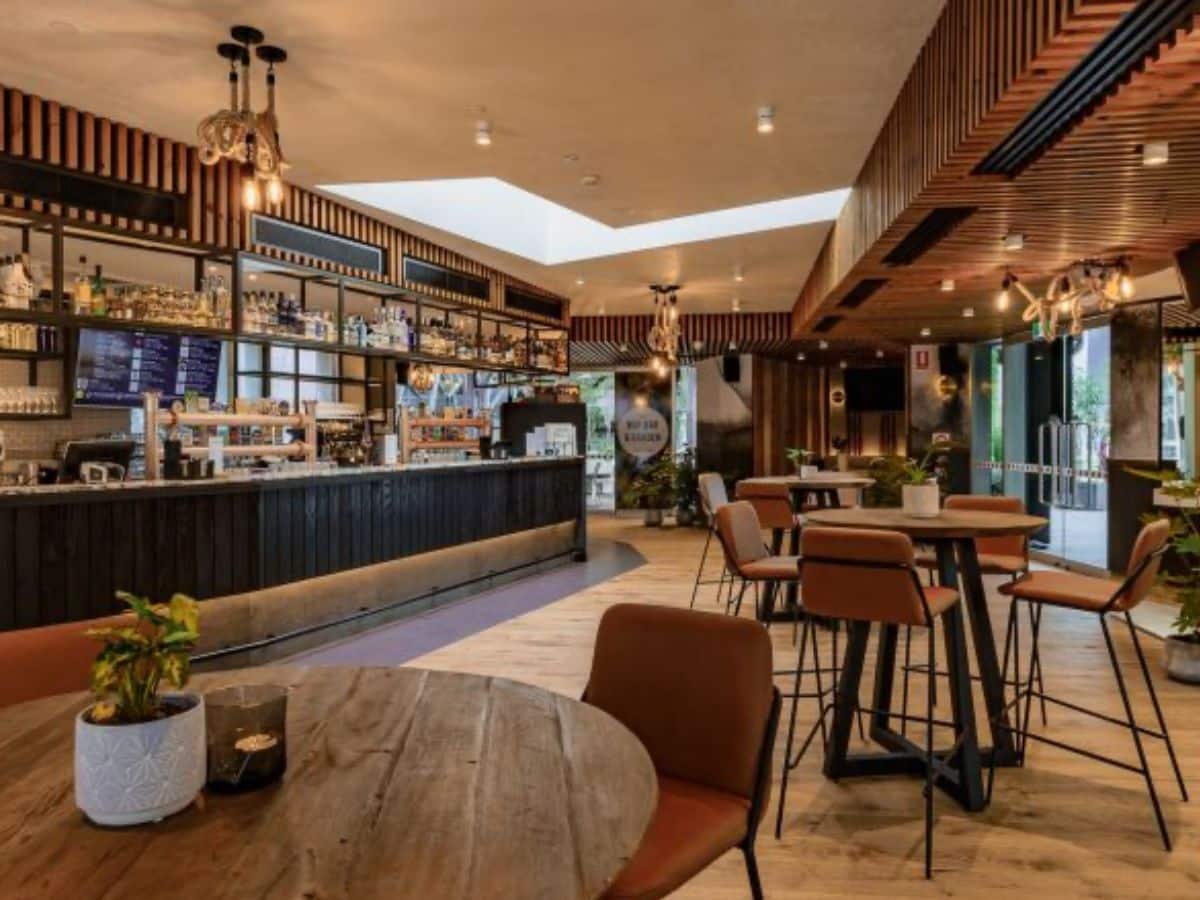 Like its Sydney counterpart, Beer DeLuxe in Federation Square is all about the beer. The current tap list includes pale ales, stout, sparkling ale, IPAs, lagers, and more all from some of the world’s best brewers and national micro-breweries. And it’s not just the beer, they’ve got a killer beer food menu to match. 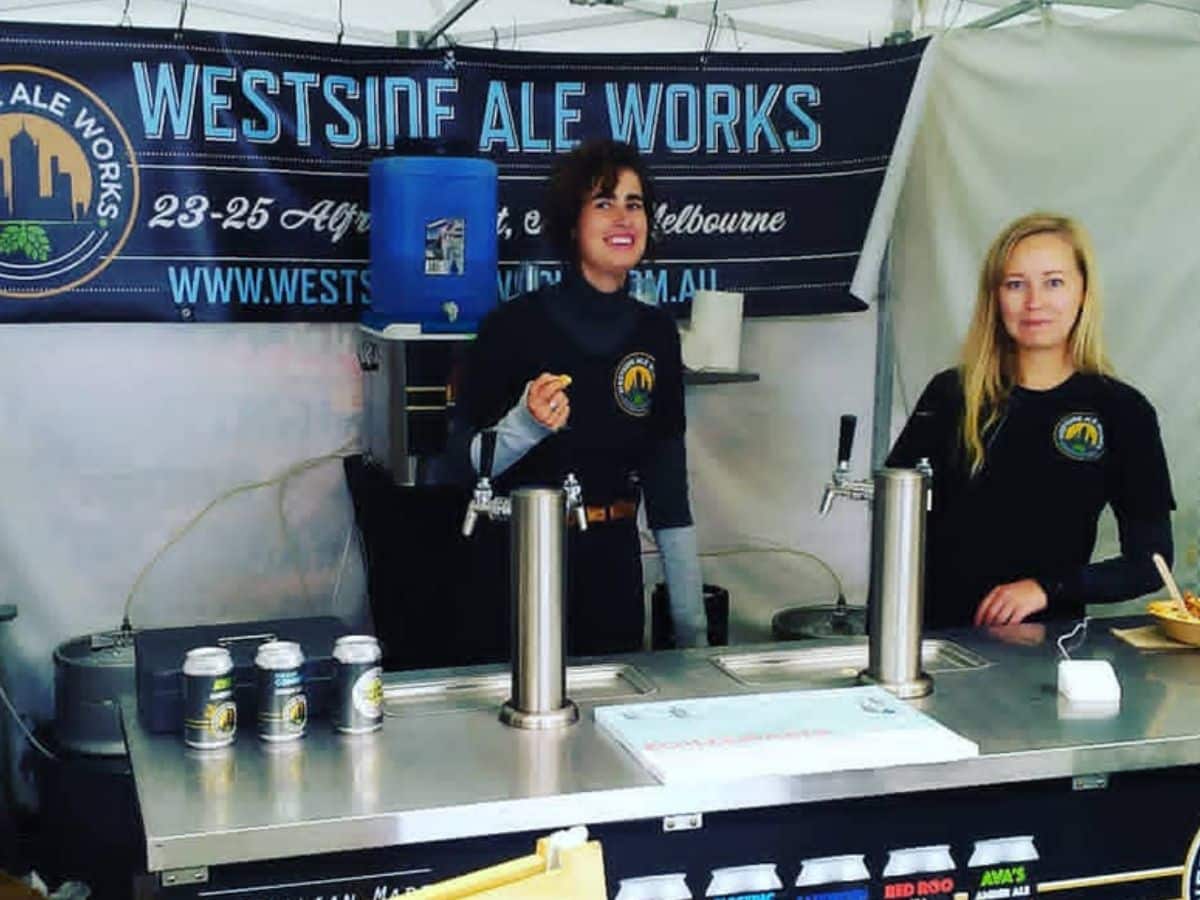 Step inside one of Melbourne’s best beer bars at Westside Ale Works’ tasting room, a local brewhouse with a penchant for premium ales. 20 rotating taps means there is always something new to try. Want to make your own tasting room at home? Now you can with their fully stocked bottle shop fridge offering tinnies and rare brews from all over the globe. 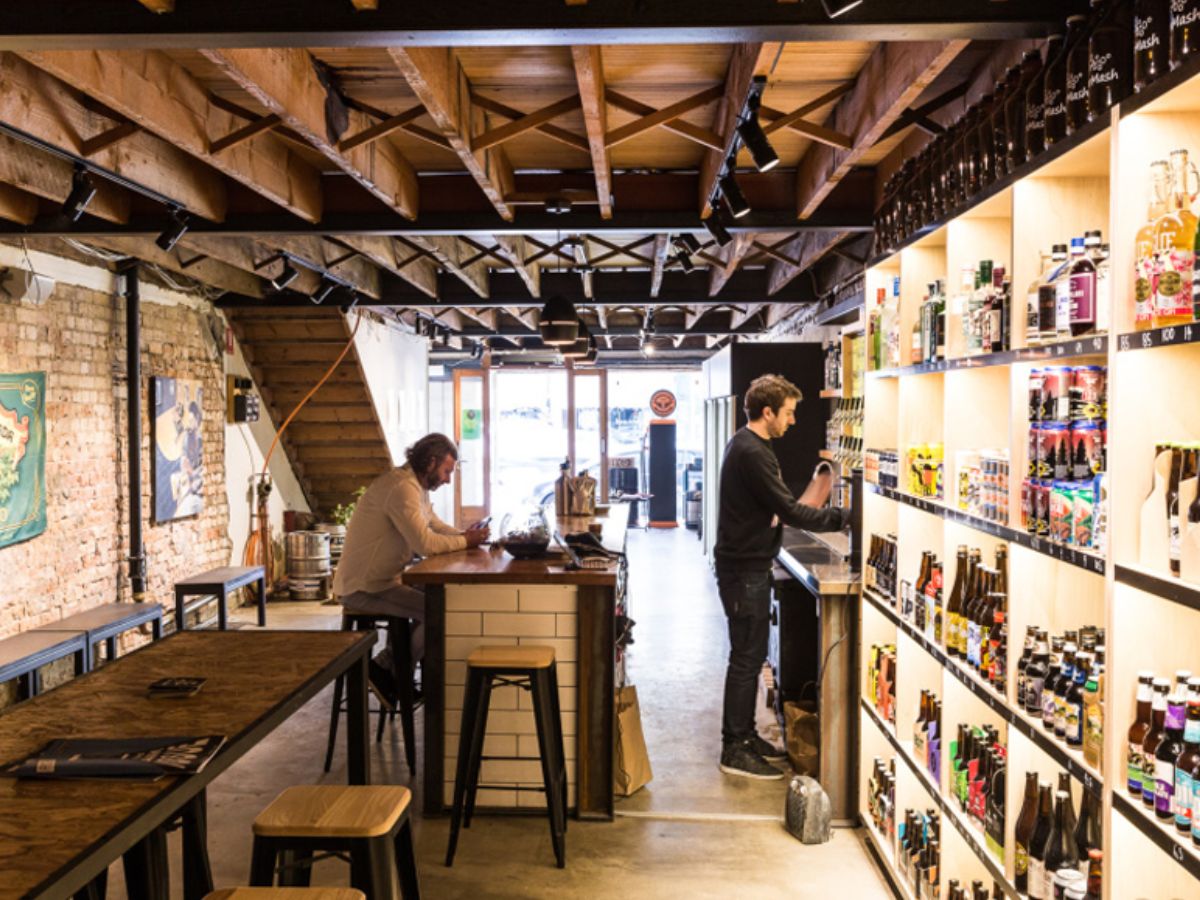 Beermash has been around since 2014 and has since evolved into one of Melbourne’s best beer bars. The 20 taps lined along the yellow tiled wall offer an assortment of national and international beers. You can also try before you buy with 150ml pours, which means you don’t have to fully commit to something you’ve never had before. Not only that, the walls are literally lined with all kinds of beer styles that you can purchase to take home with you. 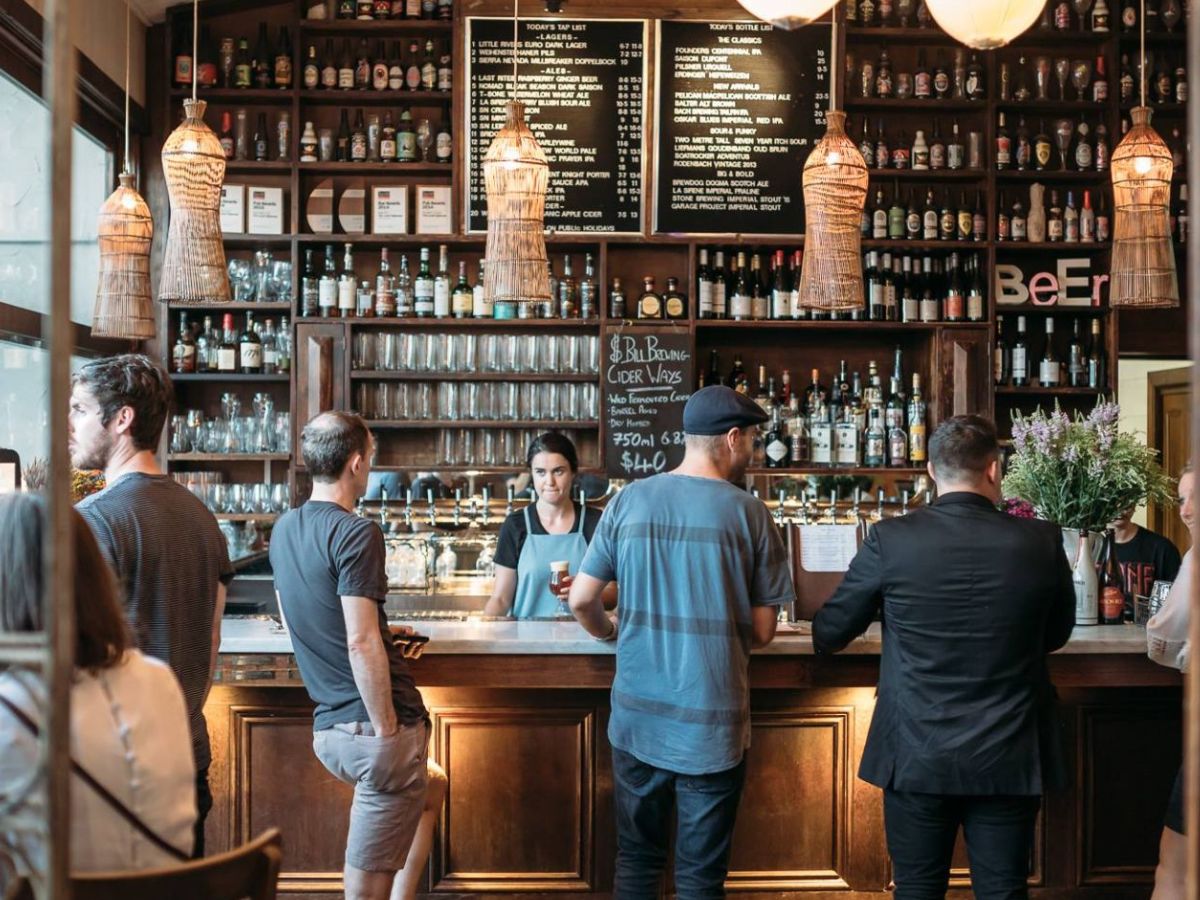 Winner of People’s Choice Best Pub in Melbourne 2017 and voted #2 Best Specialty Beer Venue in Australia by Beer & Brewer, are just some of the reasons why The Local Taphouse is considered one of the best beer bars Melbourne has on offer.  20 different beers and ciders are on tap for your enjoyment and the ever-changing lineup keeps things fresh. With over 400 beers tapped each year, you’ll never have the same beer twice. The Catfish is unpretentious and cosy in an industry where pretension has kind of become the norm. What matters here is what’s in the beer. There are 8 rotating taps downstairs and 4 upstairs along with the live music stage which mainly hosts local blues, jazz, and folk acts. If the weather is decent, there’s also a courtyard outback. For something to nosh on when hunger calls, Sparrow’s Philly cheesesteaks are always the answer. 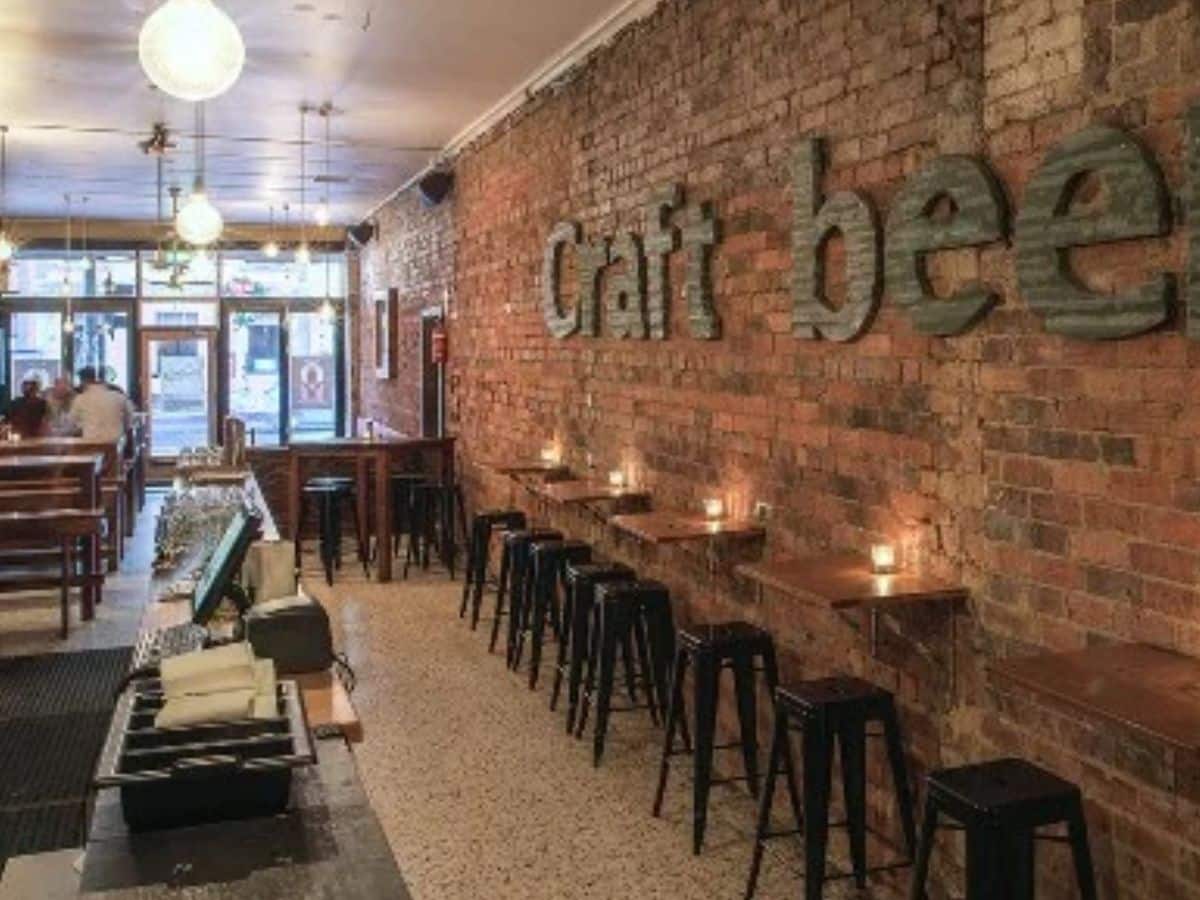 Twelves rotating taps and constant keg changes are keeping things fresh at The Alehouse Project. Showcasing some of the finest local and international beers and ciders, the diverse range alone makes this one of the best beer bars in Melbourne. You’ll find pale ales, lagers, amber ales, pilsner, and more. Each beer is carefully selected, following the mantra of quality over quantity and the selection is constantly changing.

Alternatives to These Bars in Melbourne

Where can I get craft beer in Melbourne?

Boilermaker House and Penny Blue are both known for their craft beer.

What are the best beer bars in Melbourne?

Some of the best beer bars in Melbourne are Slowbeer, Beermash, The Local Taphouse, and The Catfish. 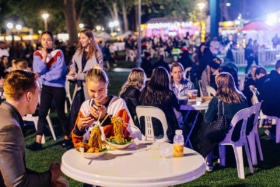