Is the cold getting to you? We have the perfect solution. Granted, it’s not the newest solution in the world, but sometimes the old ideas are the best and this is one that’s never been bettered. The simple truth is that nothing thaws your bones through the winter months quite like gathering together with good company. If you can do it in a cosy, softly lit venue with a round of Guinness, all the better.

Sharing a good time with friends and family has proved time and again to be the ultimate way to warm body and soul, so naturally, when the urge for a warming brew hits, only the best Guinness pubs in Australia will do. Whether it’s Sydney, Melbourne, Perth, Adelaide or elsewhere, we’ve got you covered. Here’s where to find the best pubs for a Guinness in your state. 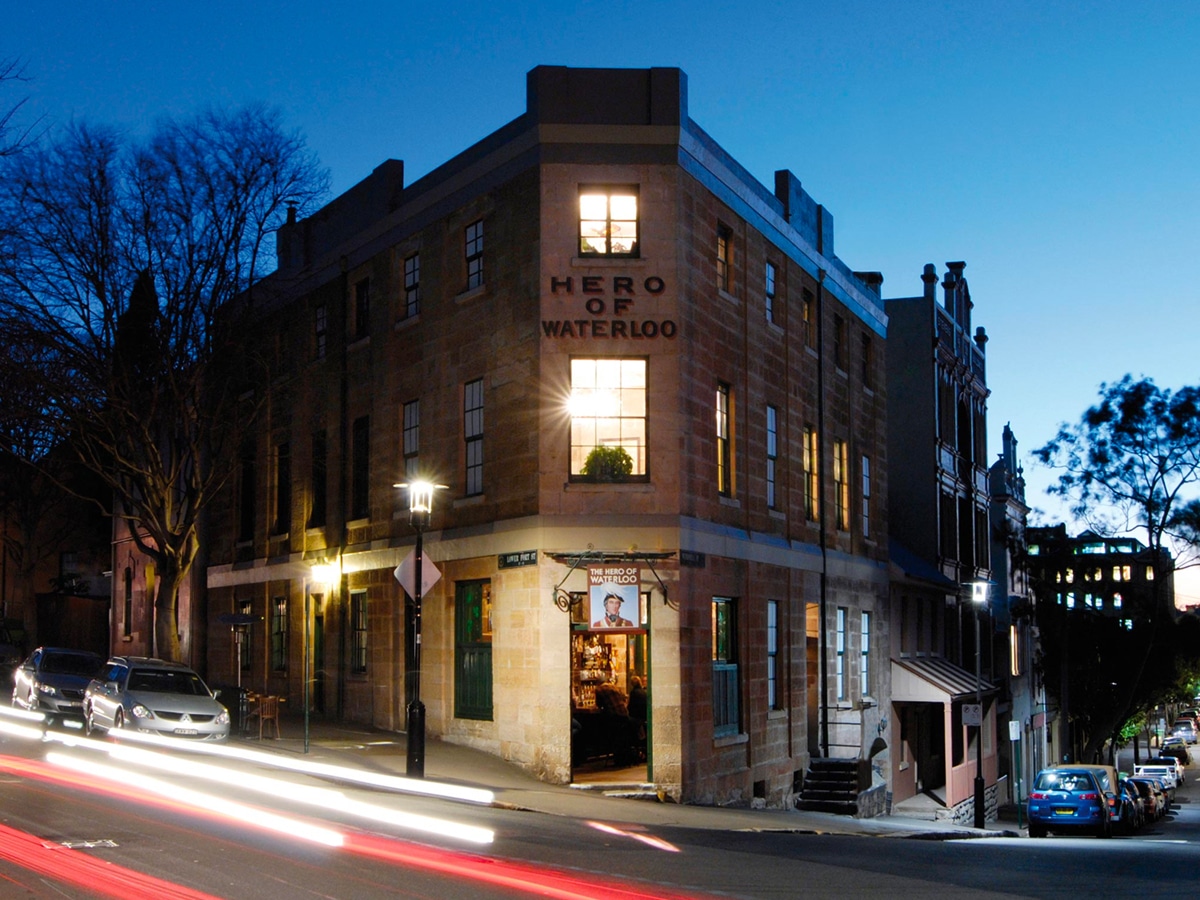 Image: The Hero of Waterloo Hotel

As one of Sydney’s oldest pubs, the Hero of Waterloo Hotel has character in spades. So strong is the sense you’ve travelled back in time as you pass through its sandstone archway that you shouldn’t be surprised if you can hear the tall ships’ sails flapping in the breeze blowing across Sydney Harbour. Located in the historic and picturesque Rocks district, it’s an ideal place to order a Guinness and then find a seat by the old fireplace to catch up with mates just as people have been doing for over 170 years.

The Hero of Waterloo Hotel Situated in the heart of Brisbane’s CBD, Irish Murphy’s is the quintessential Irish pub and the perfect place to unwind after work on a chilly winter night. Built in 1887, the pub’s interior retains an authentic old-school charm and as such there are plenty of dark corners in which to pull up a stool and have a natter. Plus, if you realise after a Guinness or two that you’re wearing your dancing shoes, you’ll find local musicians strutting their stuff every night of the week. 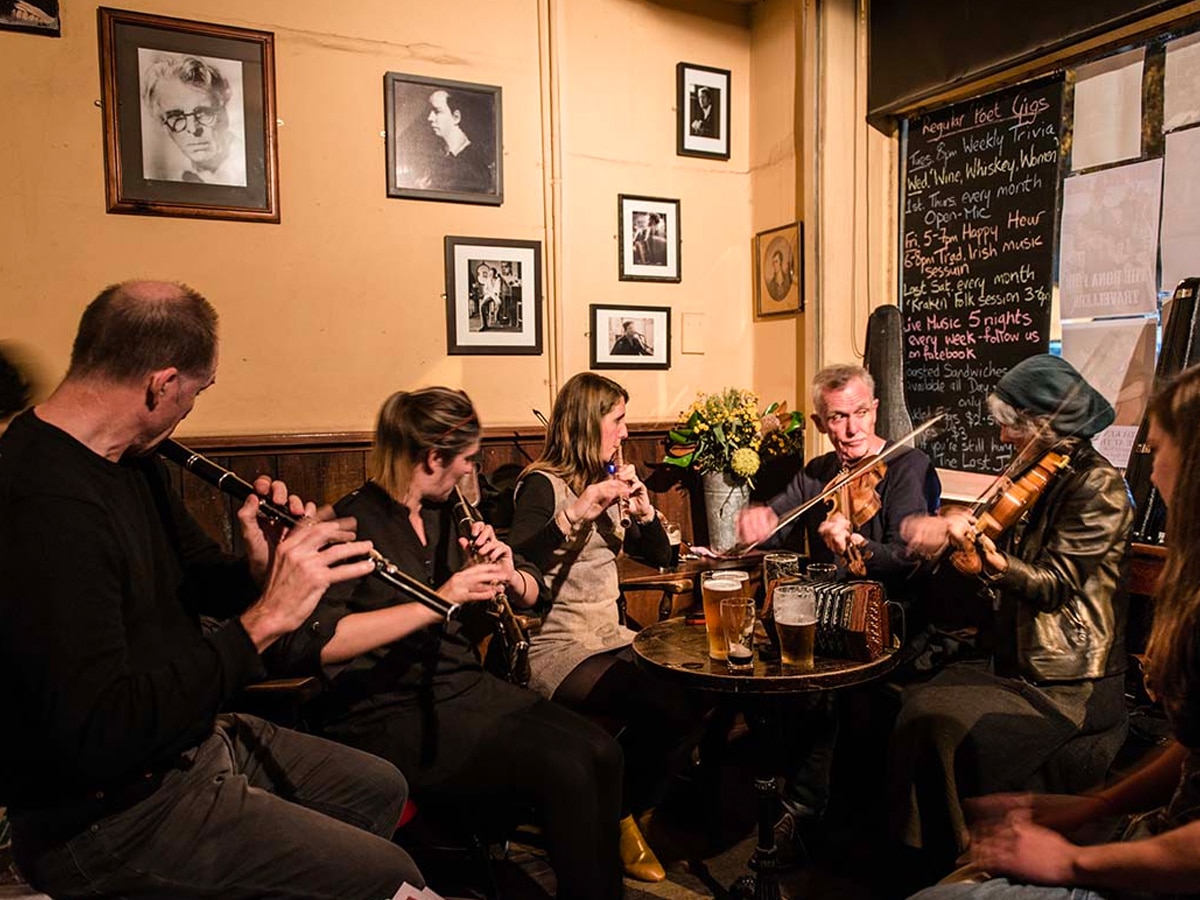 Wonderfully modest, The Drunken Poet is one of our favourite places to knock back a couple of Irish champagnes. You won’t find one of those overly ambitious pub menus here, instead the kitchen simply offers what they call “the best toasted sandwiches in town.” It’s hard for us to argue and they do go down particularly well when paired with a Guinness. You also won’t find a single TV screen to ruin the ambiance, helping you remain undistracted from good conversation and even better beverages. 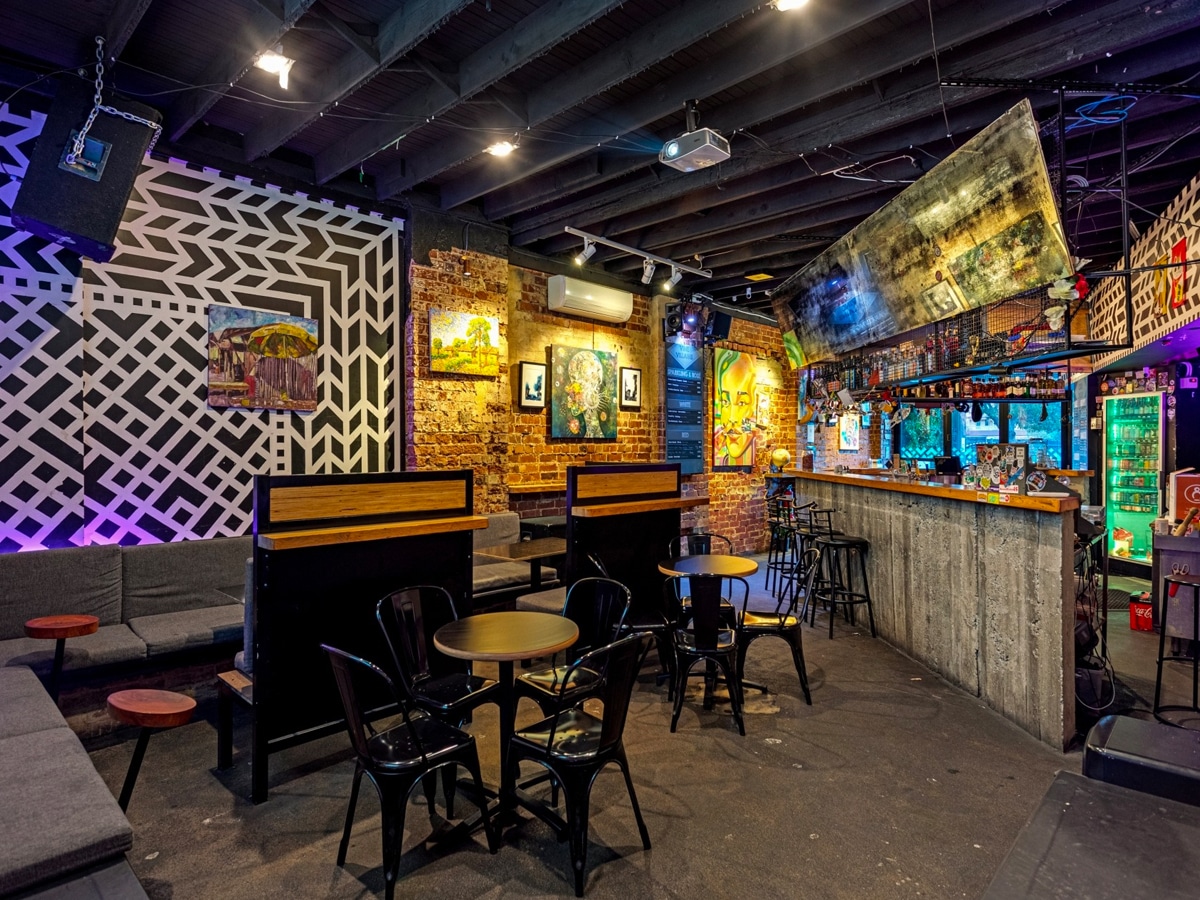 It certainly can get chilly during Adelaide’s long winter nights, so our favourite place to escape the bitter cold is 55ml. Despite being located inside an old fish market warehouse that was built around 1880, 55ml is a considerably more modern proposition than the rest of the venues on this list. Placing a heavy focus on music and art (as well as drinking of course), it’s an ideal place to raise a Guinness with some old friends and catch a show while you’re at it. 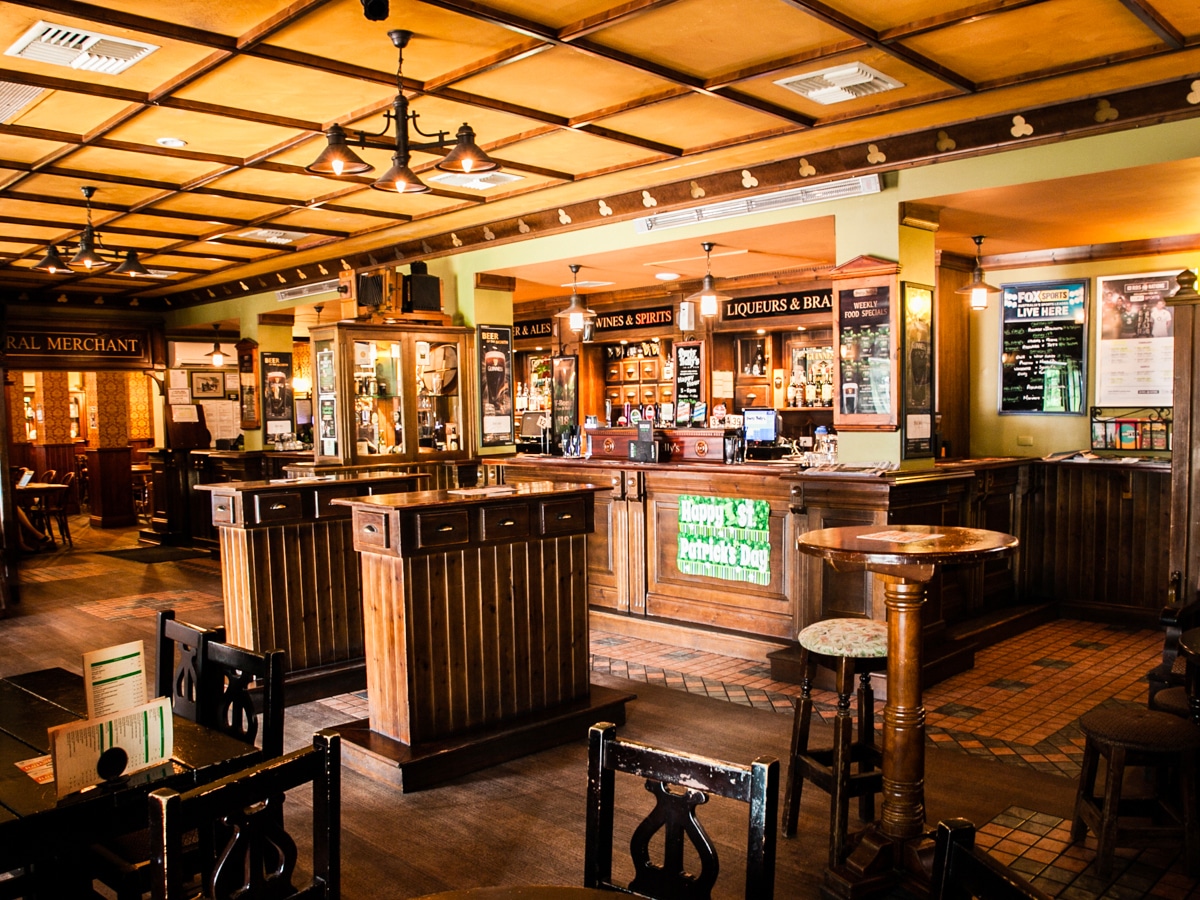 With an abundance of wood panelling and its irresistibly welcoming atmosphere, Durty Nelly’s might be the most Irish Irish pub we’ve ever encountered. There’s a good reason for this; according to Durty Nelly’s themselves, the pub was actually designed and constructed by Irish architects using genuine Irish materials in – surprise, surprise – Ireland. From there, it was disassembled and transported to its current location in Perth’s Shafto Lane. This makes it Perth’s most authentic Irish pub, which can only make the Guinness taste all the sweeter. 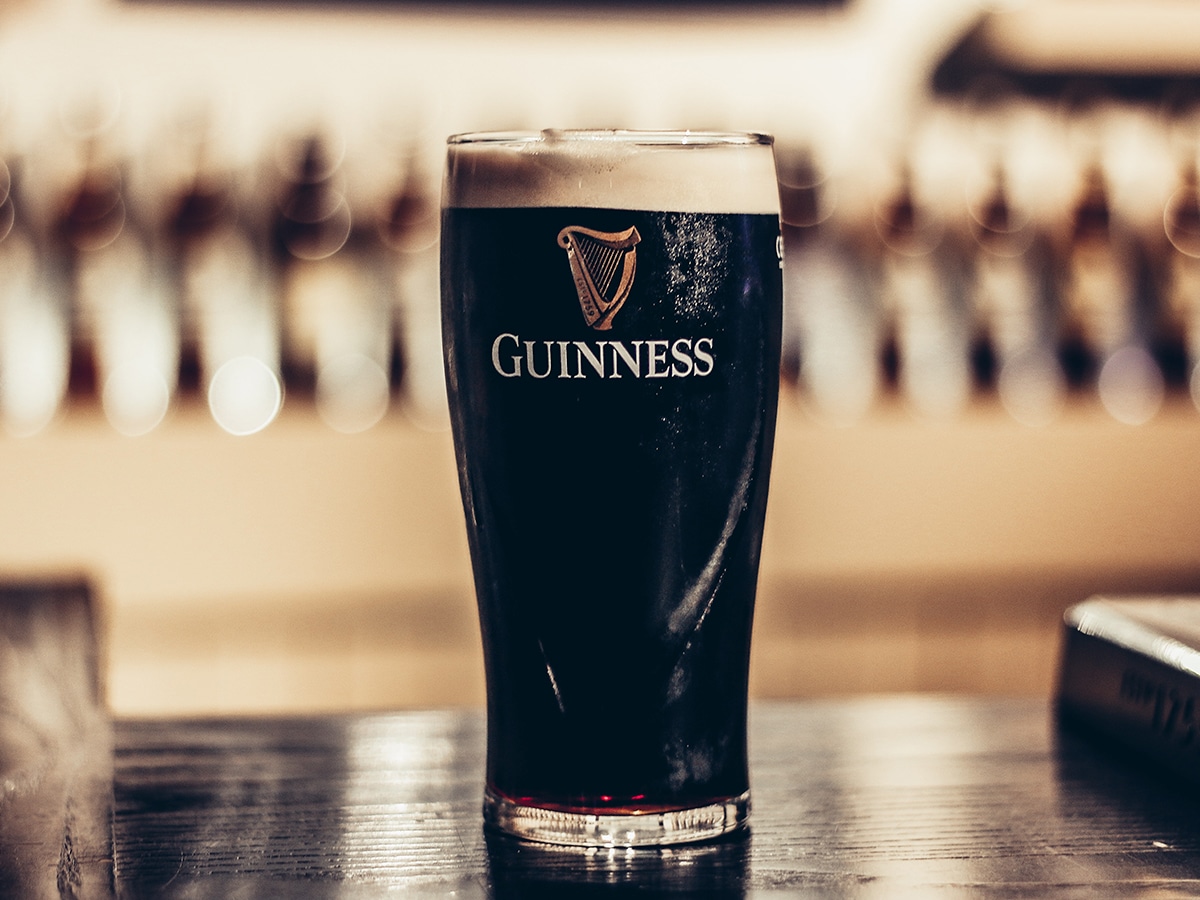 While this delightful spot was named after a politician and former insurance salesman who advocated for an alcohol ban across Canberra, we won’t hold that against it. Aussies from larger cities like to rib Canberrans about how their hometown consists of little more than Parliament House and Questacon, but venues like King O’Malley’s ensure this couldn’t be further from the truth. We can’t think of anything we’d rather do than order a Guinness at O’Malleys and sit with friends as we try to avoid talking about politics all night. 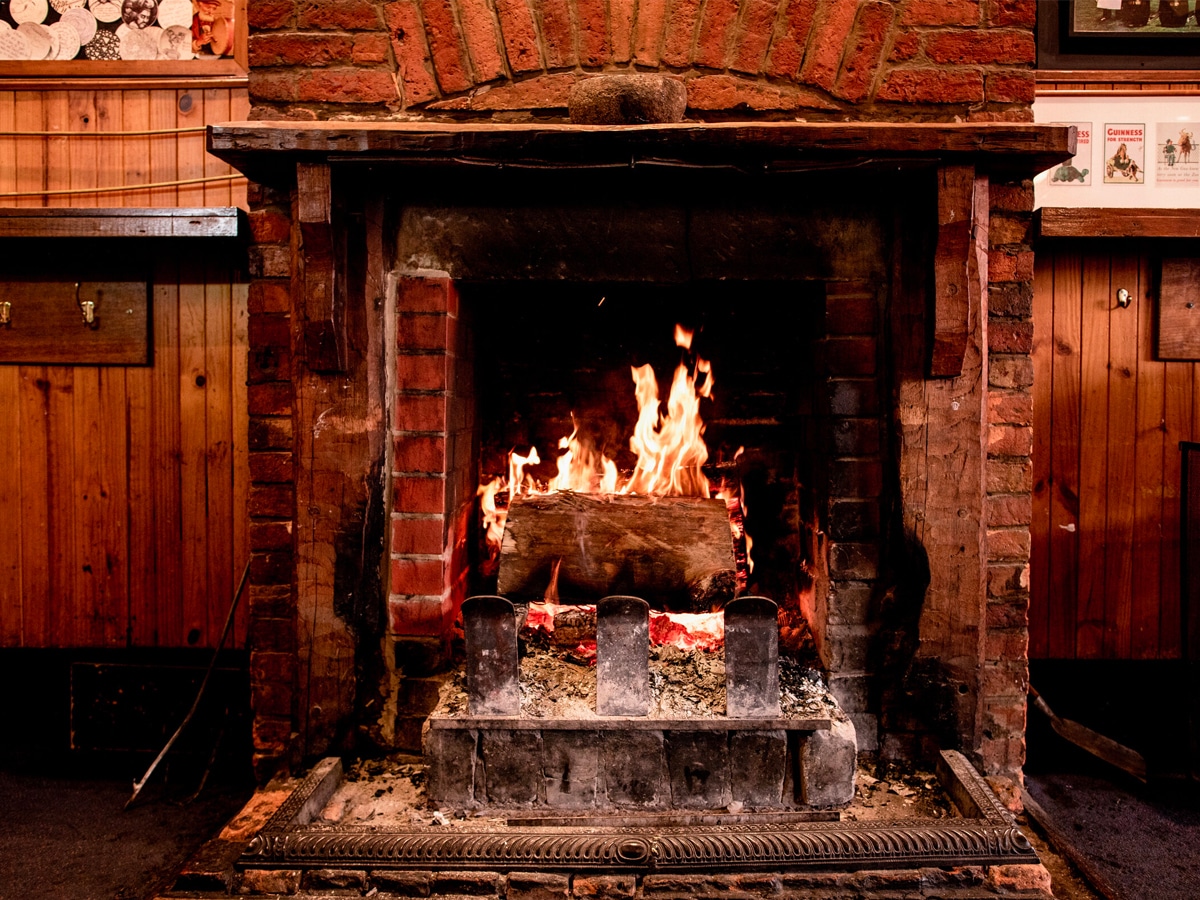 There are few things as comforting as a roaring fire, which is why the New Sydney Hotel is our go-to whenever we’re looking to escape Hobart’s brutal winter evenings. After a day spent wandering around the Museum of Old and New Art or exploring Tassie’s natural beauty, the New Sydney Hotel will embrace you like a warm hug and before you know it you’ll have a Guinness in your hand and a smile on your face. 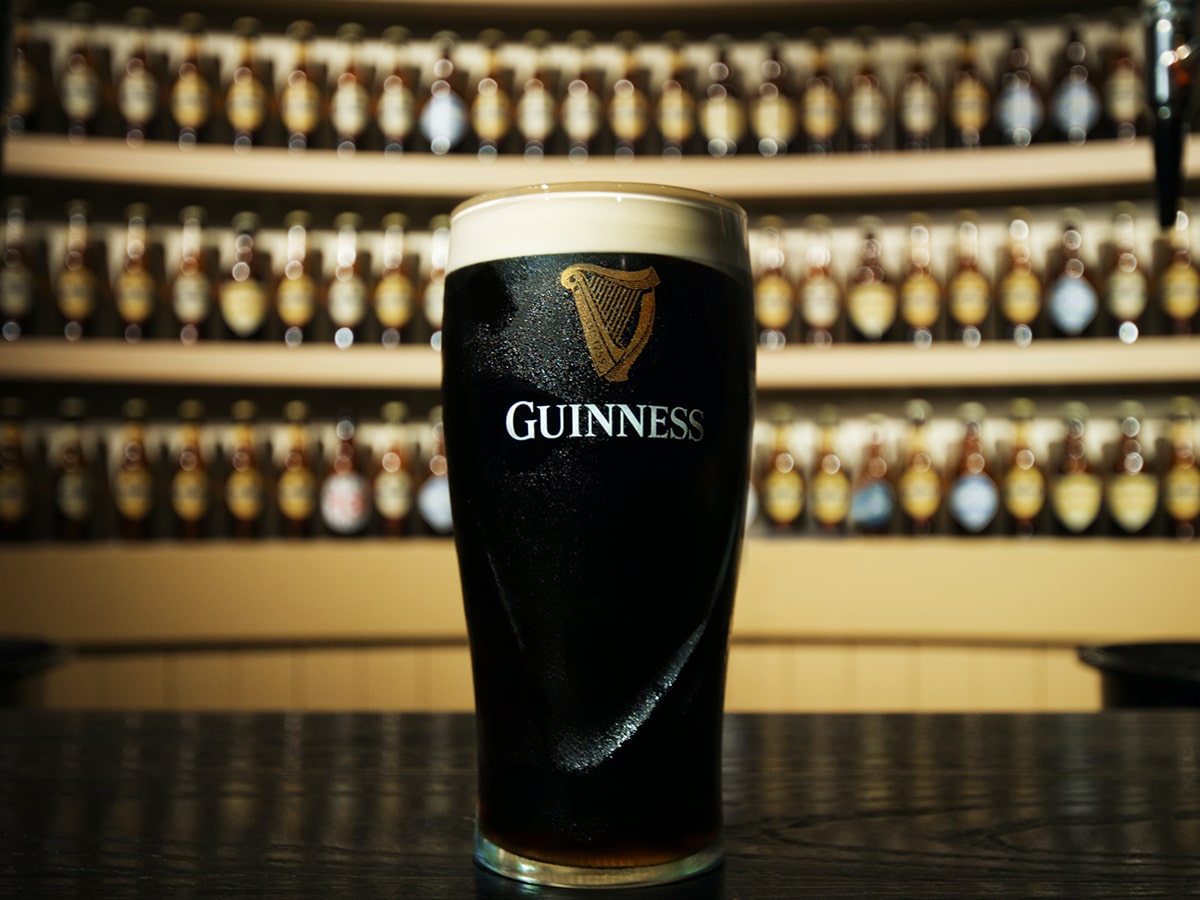 While Cairns isn’t known for having particularly unforgiving winter evenings, the mercury does take an unpleasant dip once in a blue moon and when that happens there’s always a stool at McGinty’s Irish Bar calling your name. Offering the “best craic” in town, not to mention the most authentic Irish experience to be found in such close proximity to the equator, McGinty’s has everything you could want: delicious Guinness, great music and only the most excellent of company. 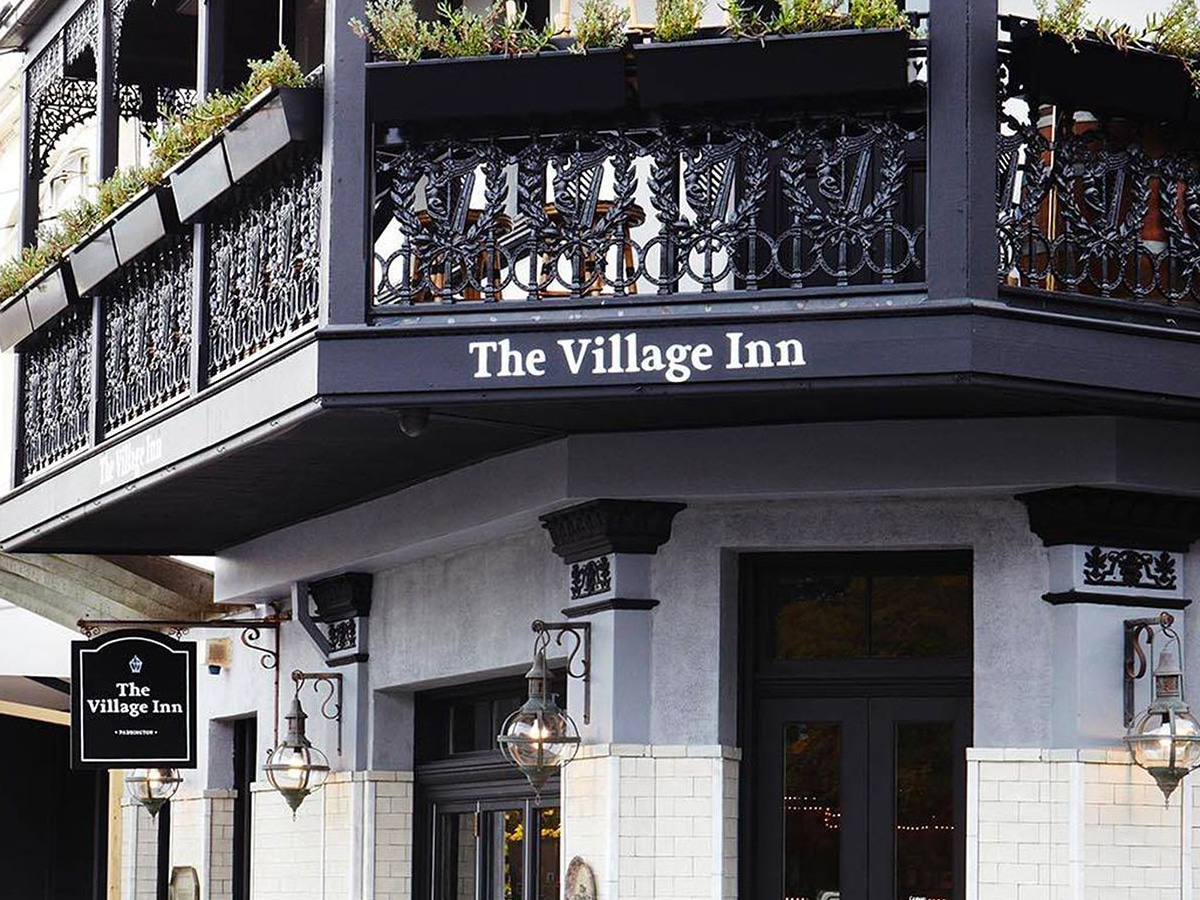 Located irresistibly close to the Man of Many office, we’ve endured countless brisk winter walks to The Village Inn’s doors in order to down a post-work Guinness or three. Constructed in 1890, the building housed Paddington Village’s first pub and there’s something strangely comforting about knowing that you’re just the latest in a long line of pub-goers that is guaranteed to continue after you’re gone. Actually owned by a pair of Irish brothers named Pat and Eamonn McKernan, you know you’re getting the real deal at Fitzroy’s The Brothers Public House. The McKernan boys have a strict policy of no television and no poker machines, which is music to our ears, as is – funnily enough – the live acoustic performances they have on five nights a week. They describe their pub as “a fine place for musical drinking” and there are certainly few places in the world better suited to help you escape your winter woes with a Guinness and a good friend.

Guinness for the Soul

Needless to say, Guinness and winter go together like peas and carrots. When the cooler months roll around and you find yourself aching for a smooth glass of the black stuff, you know where to go. Whether it’s the after-work warming pint or just a weekend wonder, Guinness always goes down easy, and that shouldn’t be a surprise. Since Arthur Guinness first turned the screws on the iconic drink way back in the 1770s, it’s been a barroom favourite. Brewed with excellence and designed to be enjoyed with mates, the Irish icon is alive and well.

Which country drinks most Guinness?

Where was Guinness originally made?

A firmly Irish product, Guinness comes by way of founder Arthur Guinness, who began brewing ale at St. James's Gate in Dublin in the 1770s.