Hidden in the Scottish highlands, far from the big-name producers and whisky icons, you’ll find Glenglassaugh, a distillery that previously lay dormant. For more than two decades, the small, coastal distillery’s still sat empty and its name went un-uttered, but in 2008, the Sandend Bay Scotch producer was reborn. In the years that have passed, Glenglassaugh has carved out a legacy for boutique young whiskies, but that’s all about the change. A stunning Glenglassaugh 50-Year-Old has just been unearthed, representing one of the distillery’s oldest and rarest expressions. Better yet, it’s headed Down Under. 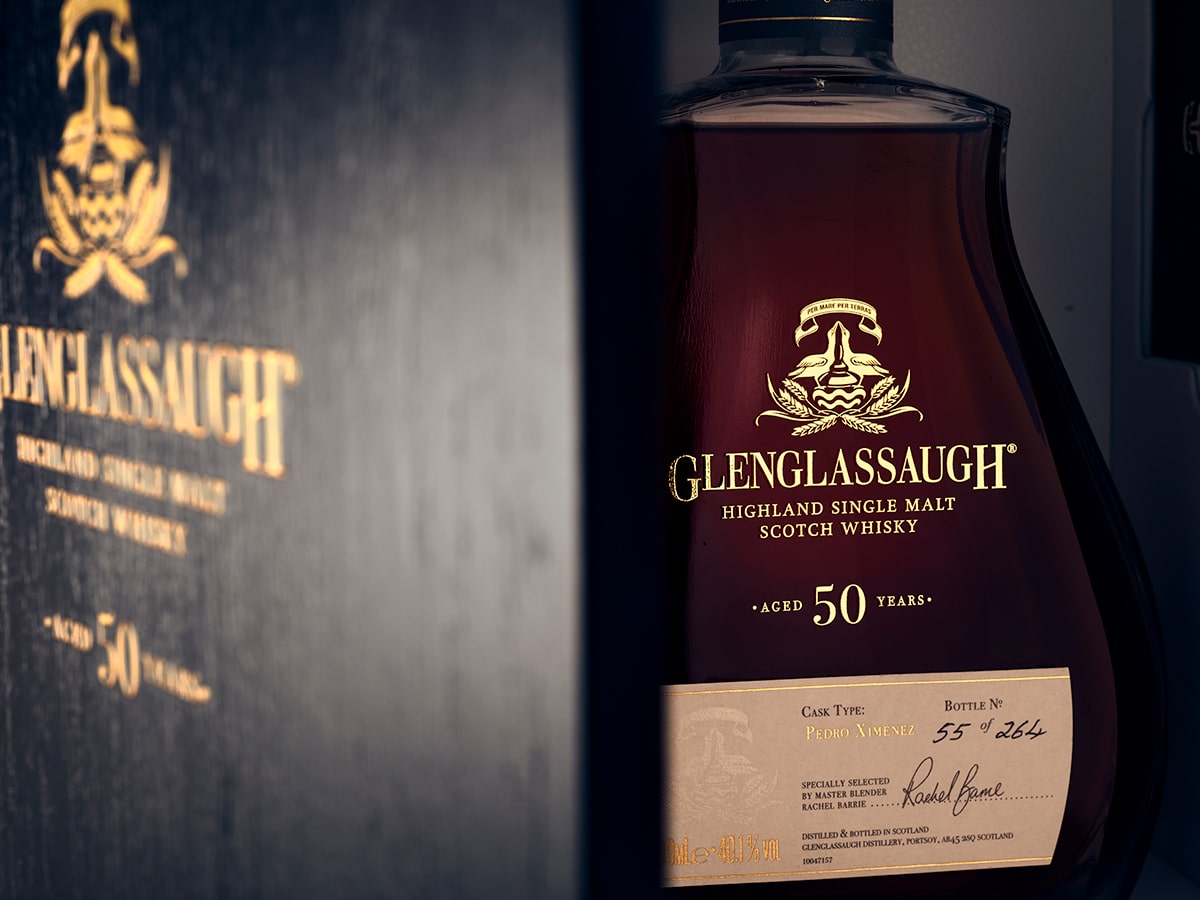 According to Glenglassaugh, the 50-Year-Old has been shaped by the region on which it was born. Situated where land and sea meet, the coastal influence and salty sea air make their way into the dram, thanks to the extensive maturation period in the distillery’s coastal warehouses.

Only 264 bottles of the Glenglassaugh 50-Year-Old are to be made available, with the rare expression bottle from a single Pedro Ximenez cash from Andalusia in Spain. According to the Highland producer, after 50 years breathing in the elements of the North Sea air, the whisky has taken on a unique flavour profile and characteristic. Luscious and rich, the Highland Single Malt boasts a ‘symphony of exotic fruit on a gentle ocean breeze’. “Offering a deep and seductive sweetness, the 50 Year Old’s flavour profile ranges from caramelised pear to soft exotic cherries; almond and refined oak beautifully intertwine to present a symphony of tropical notes on a gentle ocean breeze with rolling waves of flavour, which intensify and evolve with each sip,” Rachel Barrie, master blender and Glenglassaugh Distillery said. “It’s a privilege to unveil this premium bottling to whisky fans around the world at the beginning of a new chapter for Glenglassaugh celebrating both old and new.”

Barrie would know. The Sandend Bay local hand-selected the single malt for its complexity and flavour. The move paid off, with the Gelnglassaugh 50-Year-Old scoring Double Gold, the highest possible accolade, at the prestigious San Francisco World Spirits Competition earlier this year. 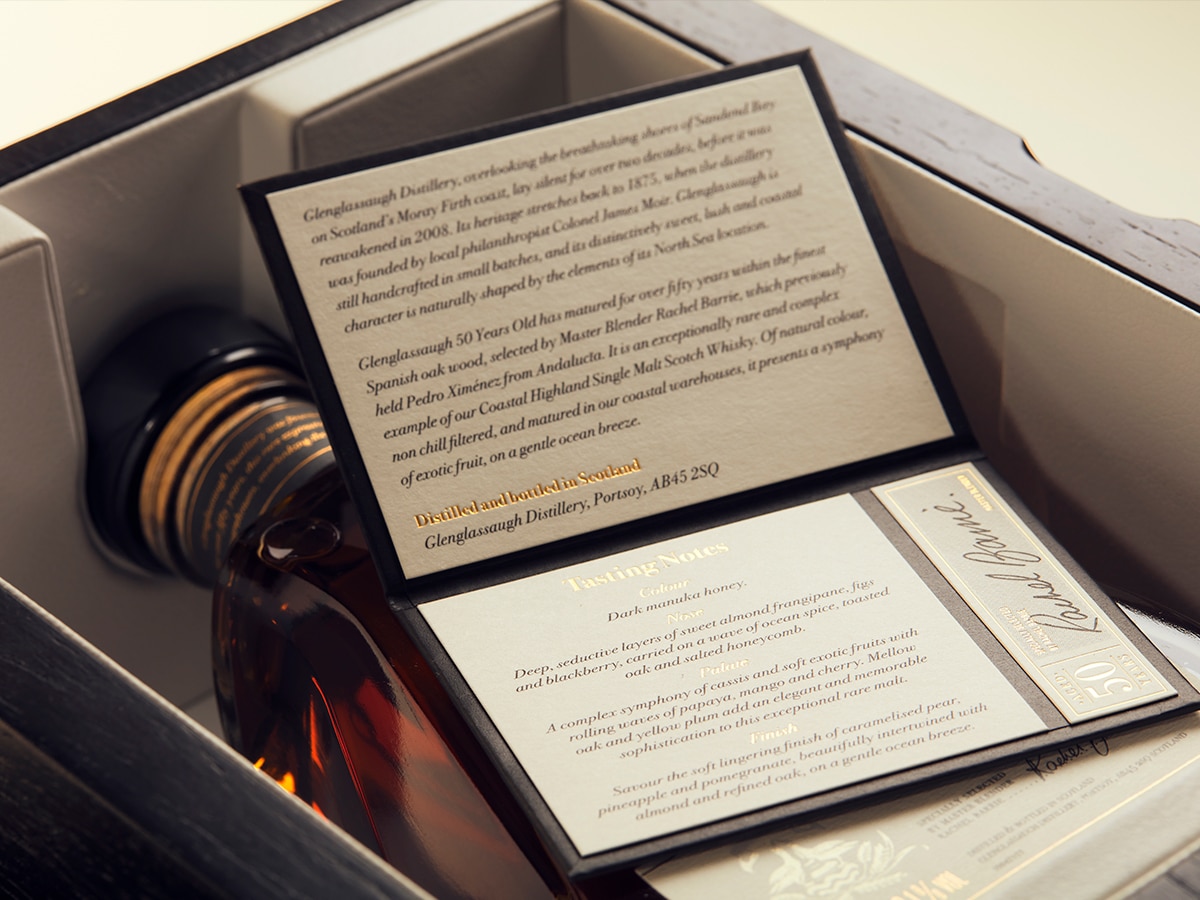 “A lot can happen in half a century, and this whisky has seen many important
milestones whilst maturing in our warehouses,” Barrrie said. “From the distillery being lost then revived 13 years ago to the release of its first core range celebrating its youthful spirit.”

The Glenglassaugh 50 Year Old is of natural cask colour and bottled at 40.1% ABV. The initial release features 264 bottles that will be available for £5,500 across select international markets in Europe and Asia from June 2021, with each bottle housed in a bespoke presentation box. 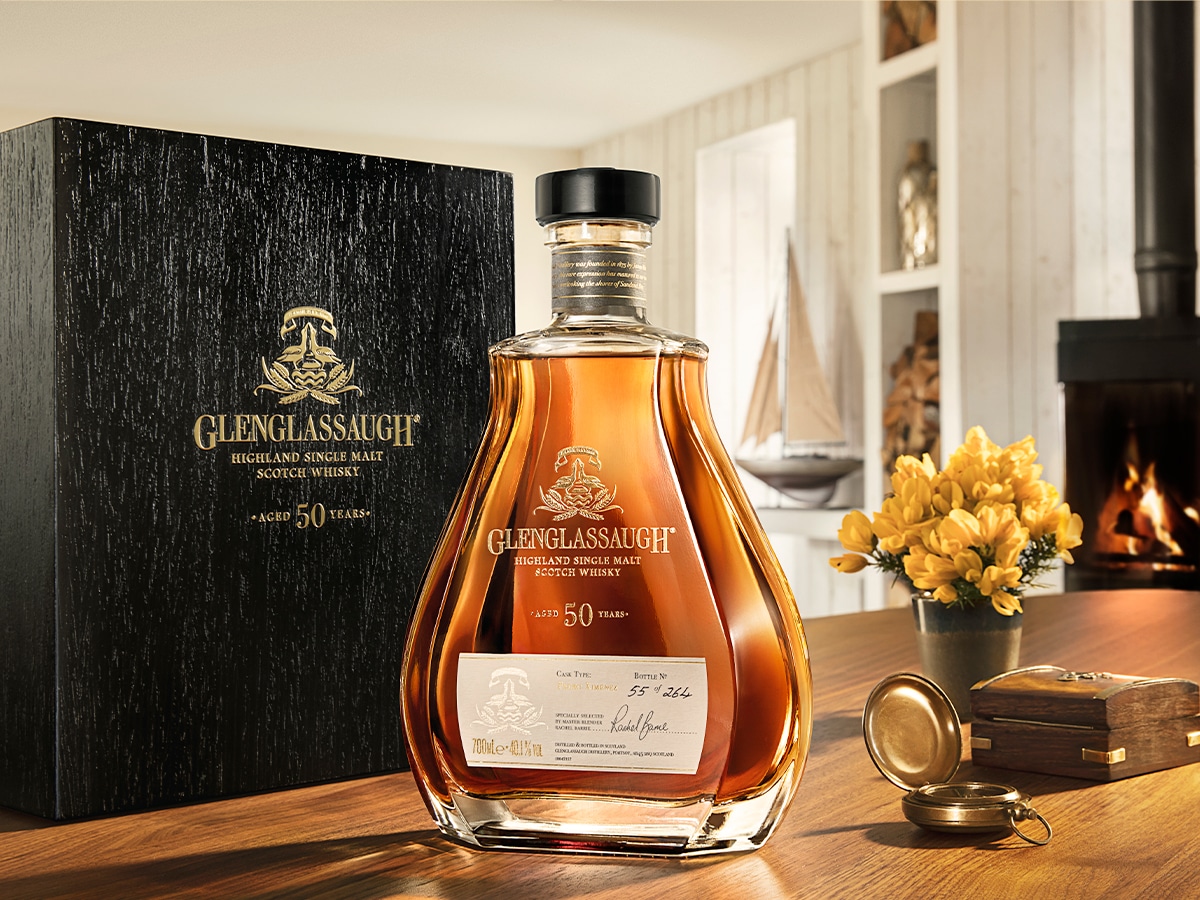