Flying powers and X-ray vision might be out of reach (for now), but in the meantime, you can always take on Henry Cavill’s Superman workout and diet plan. As a direct result, you’ll achieve the kind of shredded physique that the British actor flaunts in movies such as “Man of Steel” and “Batman v Superman,” as well as the upcoming Netflix series “The Witcher.” Indeed, one look at those chiselled abs and burly muscles and you’d think he was born on Krypton!

The truth is that Cavill was pushed beyond his very limits while prepping for his most iconic role, with help from trainer (and world-class climber) Mark Twight. Having previously worked with the cast of “300,” Twight definitely knows how to bring out the best in his celebrity clients. Most of the Superman workout went down in Gym Jones, Twight’s exclusive gym where comfort is purposefully avoided and “physical and psychological breakdowns occur.”

As you can easily guess, the Superman aka Man of Steel workout will likewise take you to extremes, since it wouldn’t live up to its name if it didn’t. There will be lots of protein consumption, mass gain, cardio, and weightlifting. You will feel like giving up and then force yourself not to, even when you think it’s impossible to keep going. Pull it off and you’ll have your very own Henry Cavill body to show for it. Here’s how the actor made it happen. 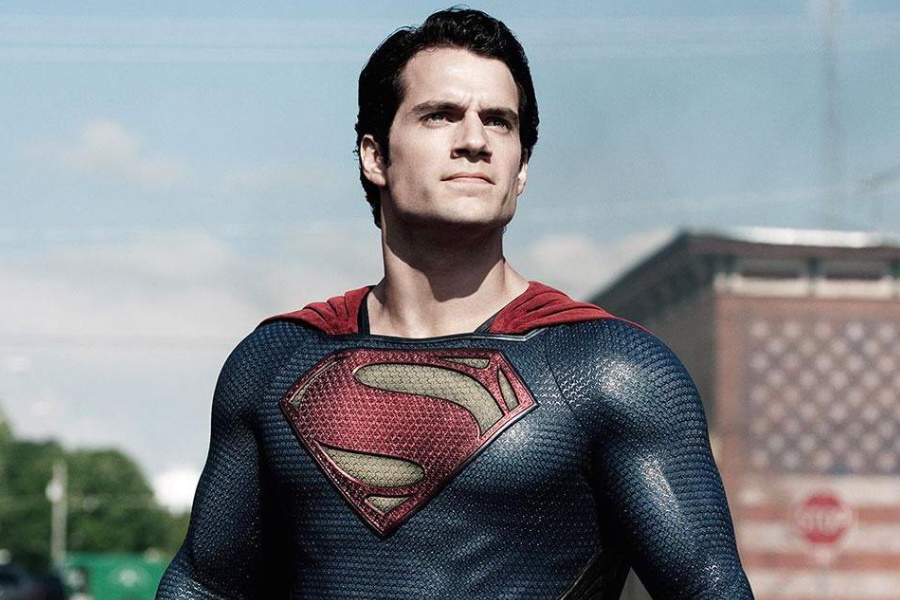 On the heels of 2011’s “Immortals,” Henry Cavill was already cutting a mean figure. However, his role in 2013’s “Man of Steel” required more of…well…everything. By that, we mean more mass and more muscle alike. As such, the Superman diet might be best described as bulky, with frequent eating and insane amounts of protein consumption. That’s because protein doesn’t just build mass, but also helps repair muscle damage.

Meanwhile, there’s a less obvious secret to Cavill’s previous success: fasted cardio, which involves running in the morning before you’ve eaten any food. In an interview with Men’s Health, Cavill claimed that fasted cardio was “working best” of out all the things he’d done. We’ll circle back to it in the Superman workout section.

Before we dive into Henry Cavill’s diet plan, we should remind you that the man is fairly huge. Standing just over 6 feet tall and weighing around 90kg, he requires more calorie consumption than your average dude. In fact, when preparing for the role of Superman, he claimed to eat up to 5000 calories per day! All we’re trying to say is: if you don’t stack up to his metrics, don’t feel the need to eat as much or as often as he does.

On the other hand, if you want to go full Man of Steel, we’re not here to stop you. To prove as much, we’re going to share an example of Henry Cavill’s Superman diet. It’s bulking season, gentlemen, and here’s your new meal plan.

If the Superman diet seems a little too protein intensive or outright redundant, take some solace in the fact that Cavill was (and presumably still is) a big fan of cheat days. Throwing caution to the wind, he scarfed down deep dish pizza, among other things. Should you spend as much time in the gym as he did, then you too can help yourself to the occasional slice…or seven. 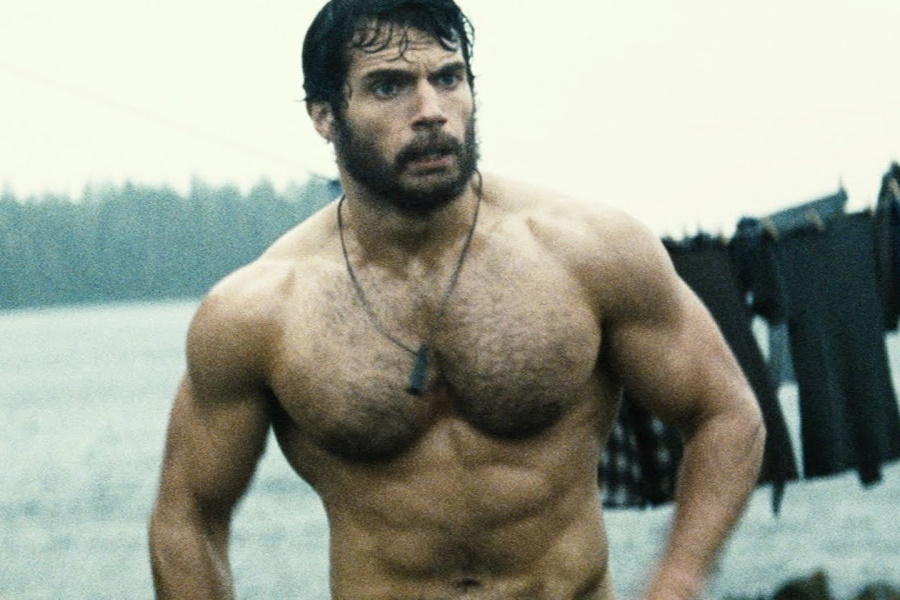 You’re eating a stockyard’s worth of protein in a single day and now it’s time to convert all that extra mass into muscle. If you want Henry Cavill’s body, prepare to workout for up to 2.5 hours a day, 4-5 days a week. That’s what the actor was doing in preparation of both “Man of Steel” and “Batman v Superman.”

Because Cavill performed most of his routine at Mark Twight’s exclusive gym (also known as Gym Jones), the exact details were kept under wraps. What we can say with confidence is that it was definitely a Man of Steel workout, during which the actor was “breaking boundaries I didn’t know I could,” as he attested in one interview.

When pressed for specifics, Cavill shared some of the following tidbits: “A couple of weeks ago it was 100 front squats in body weight. We’ve been quite fond of doing the 100 repetition stuff recently and heavy as well. I’m trying to think of the other good stuff. But generally, the guys work out with me now.”

Trainer Mark Twight has also discussed the tailpipe, which plays a role toward the end of the workout. Essentially, the tailpipe is a tag-team routine that intentionally pushes you toward—if not beyond—exhaustion. Why is it called the tailpipe? Because it’s supposed to leave you feeling like you just sucked on one. It involves the following exercises:

Also, don’t forget that Cavill is a huge advocate of fasted cardio. This is where you run or jog first thing in the morning and before you’ve consumed any calories. Because you haven’t eaten, your body begins burning through stored (i.e. excess) fat.

While we can’t provide Henry Cavill’s exact Superman workout, we’ve assembled a strong estimation of what that workout might look like from sources like Fitmole. It breaks down into two different weekly routines, which are as follows:

Combining high-intensity movements with strength-building exercises and high speeds, CrossFit will maximise your every potential.

Lift 10,000 lbs as quickly as possible by performing just one rep of each exercise in succession. Use any weight you want and limit yourself to one rep per round. Perform the following exercises:

Perform the following sprints, resting for a full minute between each one.

Using 50lb dumbbells, perform the following exercises for as many rounds as you can in 10 minutes:

Perform the following exercises in 60 seconds or less, resting 2 minutes between each round.

Perform the following exercises for as many rounds as you can in 9 minutes: 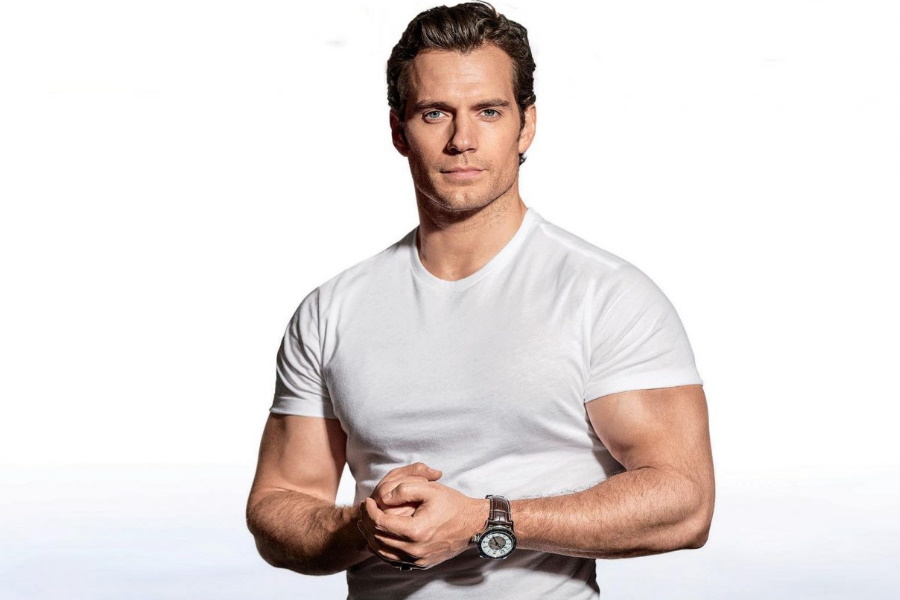 Perform the following chest and back exercises: