A night out at the best Korean BBQ in Melbourne is a culinary experience. Here, you can enjoy the satisfaction of seeing your food sizzle in front of you, with the ease of skilled chefs season and flip it for you. There is no shortage of good Korean BBQ in Melbourne (often referred to as KBBQ), thanks to a burgeoning Asian foodie influence. With top-quality ingredients and even better ambience, Melbourne’s KBBQ scene offers a novel night out and delicious food guaranteed to tingle every tastebud.

We’ve narrowed down 12 spots for the best Korean BBQ in Melbourne so you can rest assured there is a good time on the menu.

How We Chose This List of Korean BBQ Restaurants in Melbourne

This list was compiled through personal experience and online research and through commentary from food critics and expert restaurant reviewers. 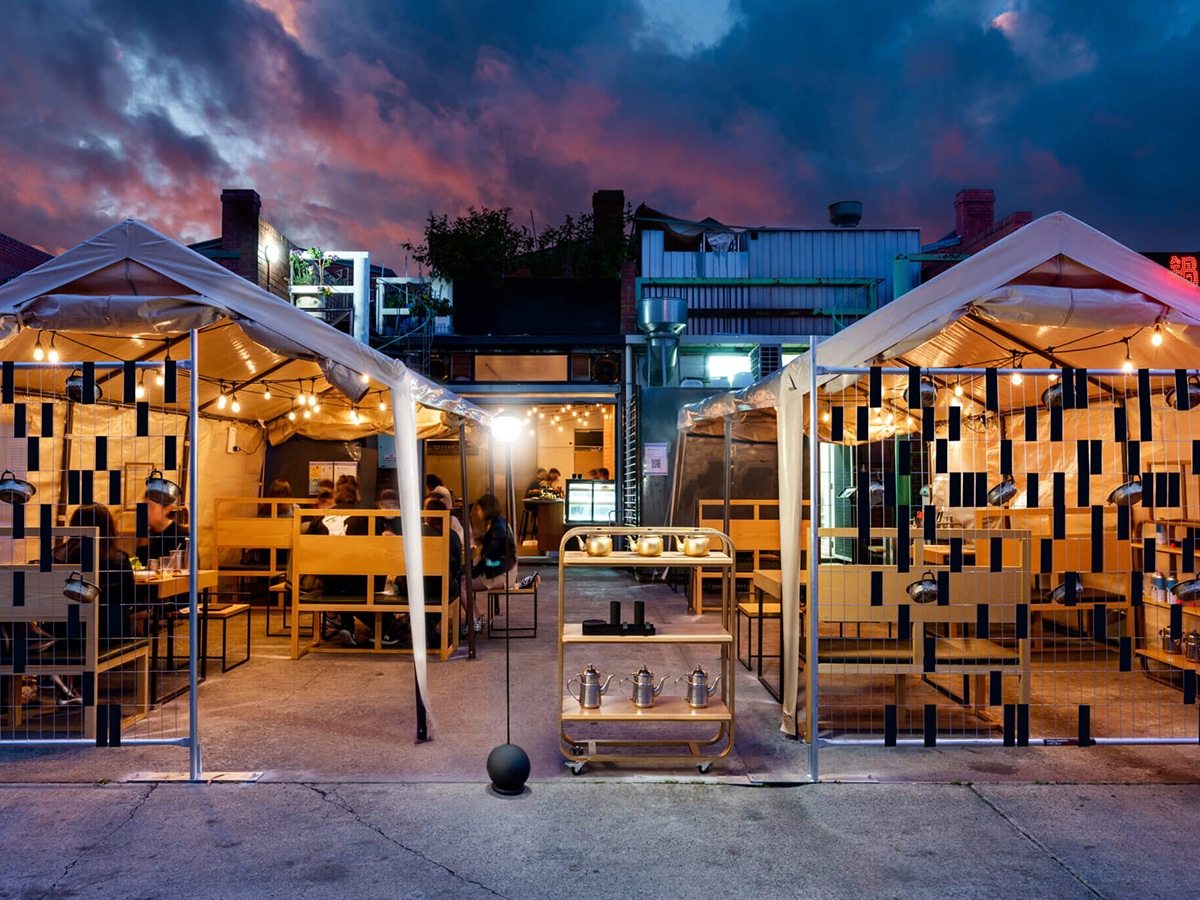 Thirty years ago, Mrs Kim wanted to share her Korean heritage and cuisine with her friends and community. Now, her marinated meats and authentic recipes have moved from her backyard barbecue to three of the best Korean BBQ restaurants in Melbourne. All Mrs Kim’s Grills are spaces to share all things good: food, drinks and company. Whether you choose the set menu for two, cluck cluck set or the butcher cut set, these walk-in restaurants will make sure you share the goodness (with your eyes, nose, mouth and friends). The seasonings (filled with 23+ ingredients) at Hwaro Korean BBQ have been matured over several days before landing on your plate for you to savour. But the recipes and traditions stem from much further back than that – around the time of the Korean imperial courts. Founder Eunsook Kim wants to spread the joy of Korean food to everyone in her community, and what better way than with some good old-fashioned barbeque.

It’s not just the meat and ingredients at Hwaro that guarantee the utmost quality. It’s the Tasmanian-borne coals, Kirin Megumi beer, stringent hygiene methods and supervision of every slicing of Karubi (boneless short ribs) by Kim herself. 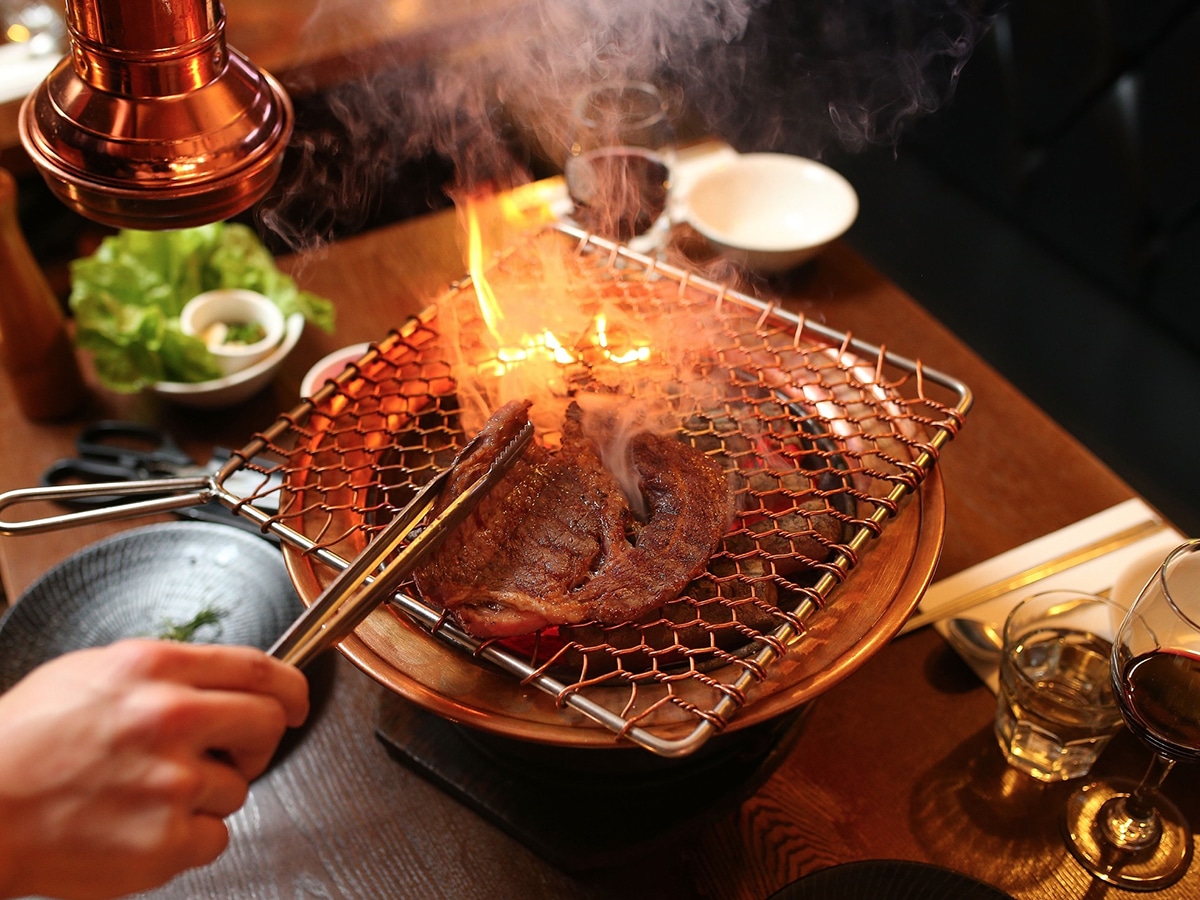 Thought tapas was restricted to Spanish cuisine? Let Guhng The Palace teach you otherwise. With so many delicious options, you’ll be thrilled at the idea of tasting more options on this decadent menu. Whether you’re with vegans, meat-eaters or fruitarians, everyone will find something to love at this Melbourne KBBQ eatery. Seared beef tataki with avocado puree, deep-fried tofu with homemade sweet soy sauce and pickled baby octopus on cream cheese and pear are just some of the options – on the starters menu. Hint: the bigger the group, the more of these scrumptious dishes you’ll be able to sample. 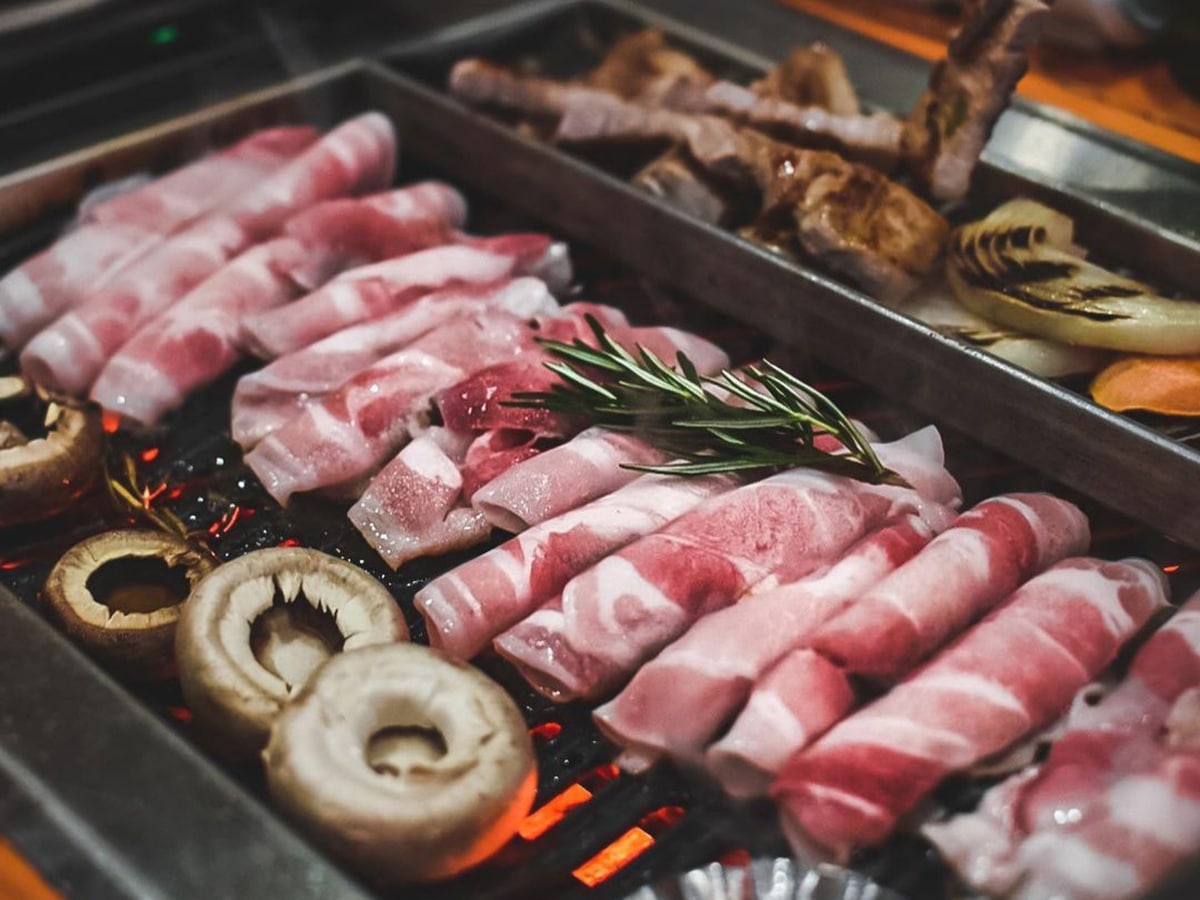 If there’s an opening in your dairy for a new regular go-to, we’d say Woodo Korean Barbecue is an ideal candidate. It plays host to some of the most affordable, authentic and tasty Korean BBQ Melbourne has to offer, with all your favourite snacks, and a heap you didn’t know you loved. Top this with a thriving atmosphere and friendly staff and you won’t be able to stop yourself from returning. The exquisite flavours and generous portions at Yeonga Korean BBQ Restaurant make for not just a dinner, but a feast. Their bibimbap is of particular note, as is the tender meat and mouthwatering spices. Be sure to try the different wine options while indulging at this Victorian icon. 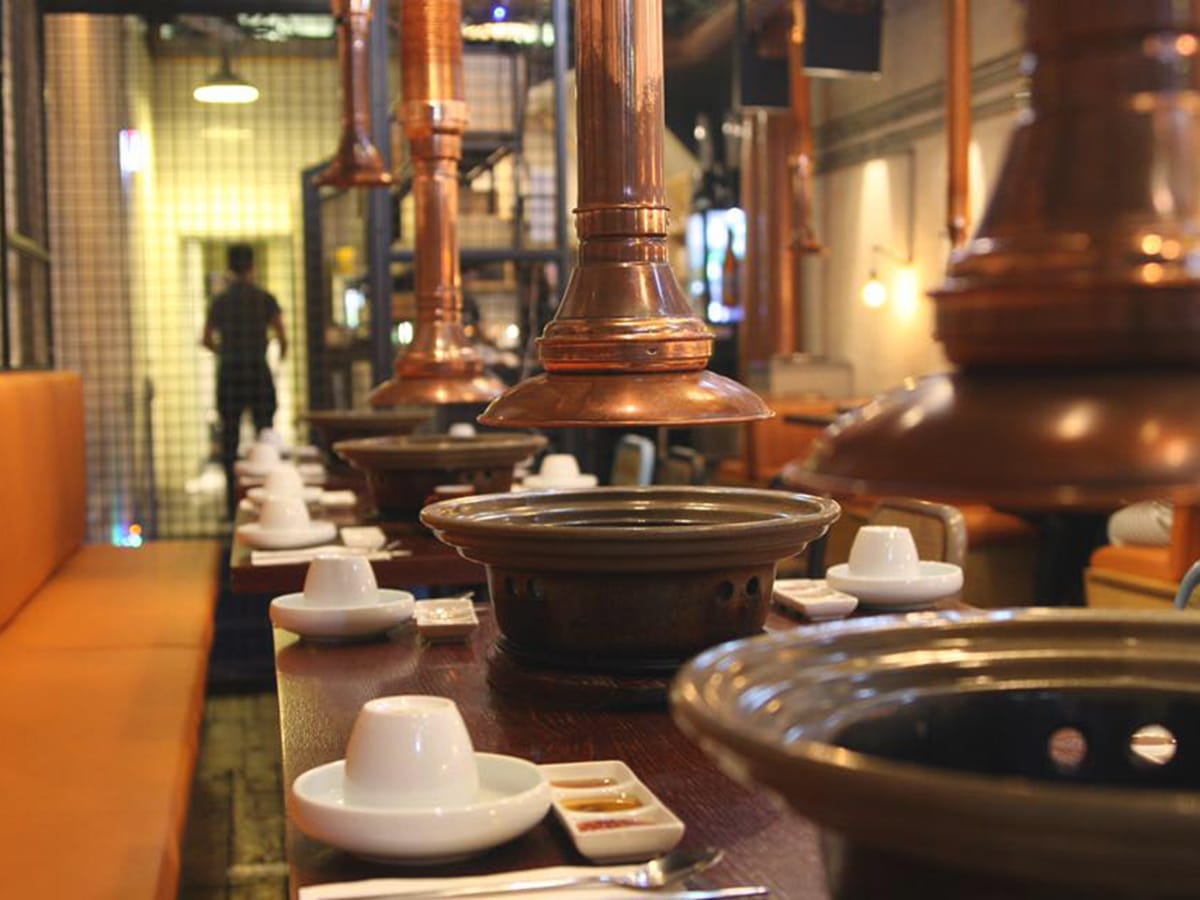 Whether you drop in for a fresh bento box for lunch or stay for a full grill at dinnertime, G2 Korean BBQ will provide a memorable visit. The chic, urban space serves smoky traditional grills in the heart of Melbourne CBD. From oyster blade beef to pork scotch, their large offering of meat cuts are all of the highest quality. Top it off with some kimchi pancakes, deep-fried dumplings and Jap-Chae (pan-fried potato noodle) and ladies and gentlemen, you have yourselves a banquet! 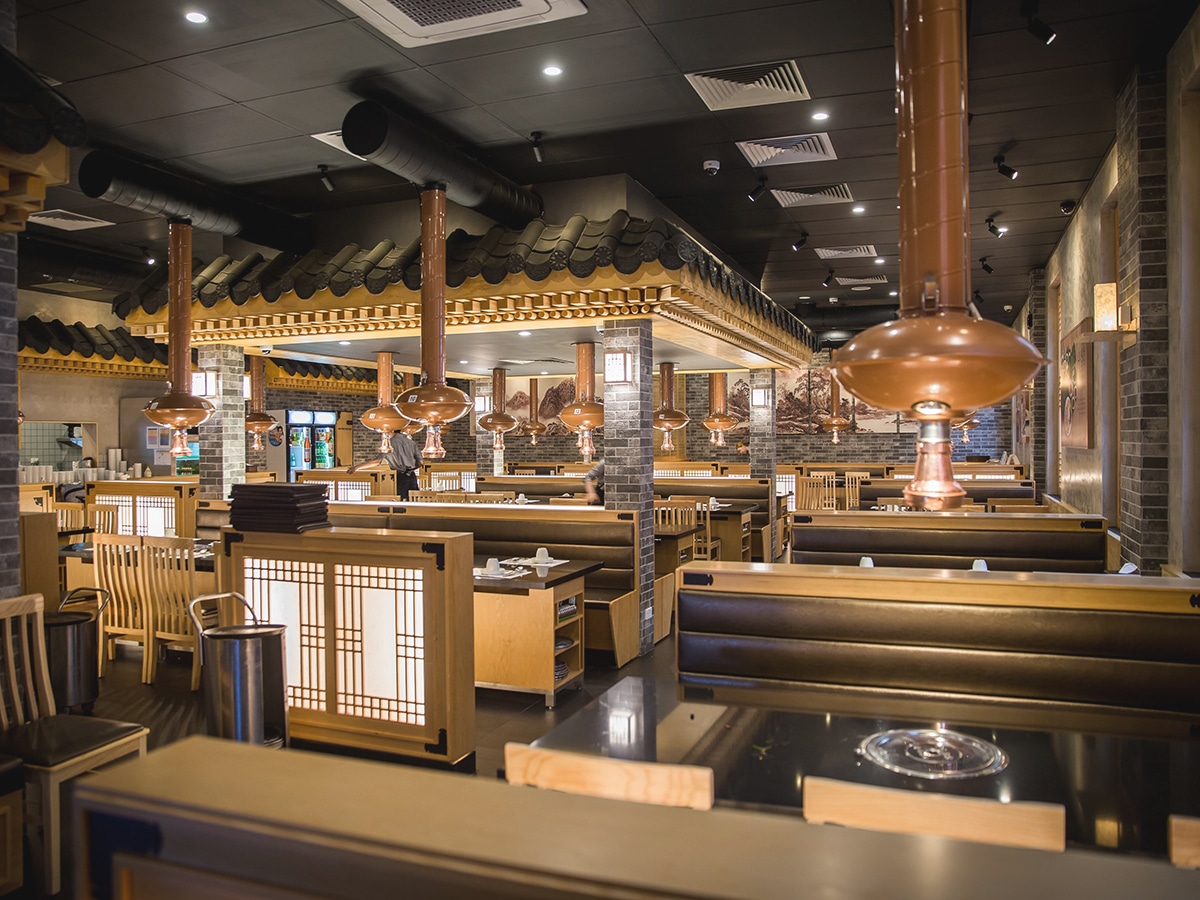 If you can’t choose between all the delicious menu options at Bornga, (we don’t blame you) you can always try a sample set and get a taste of it all. One of the best KBBQ spots in Melbourne, Bornga is an authentic and convenient venue with a whole suite of novel sides that won’t disappoint. 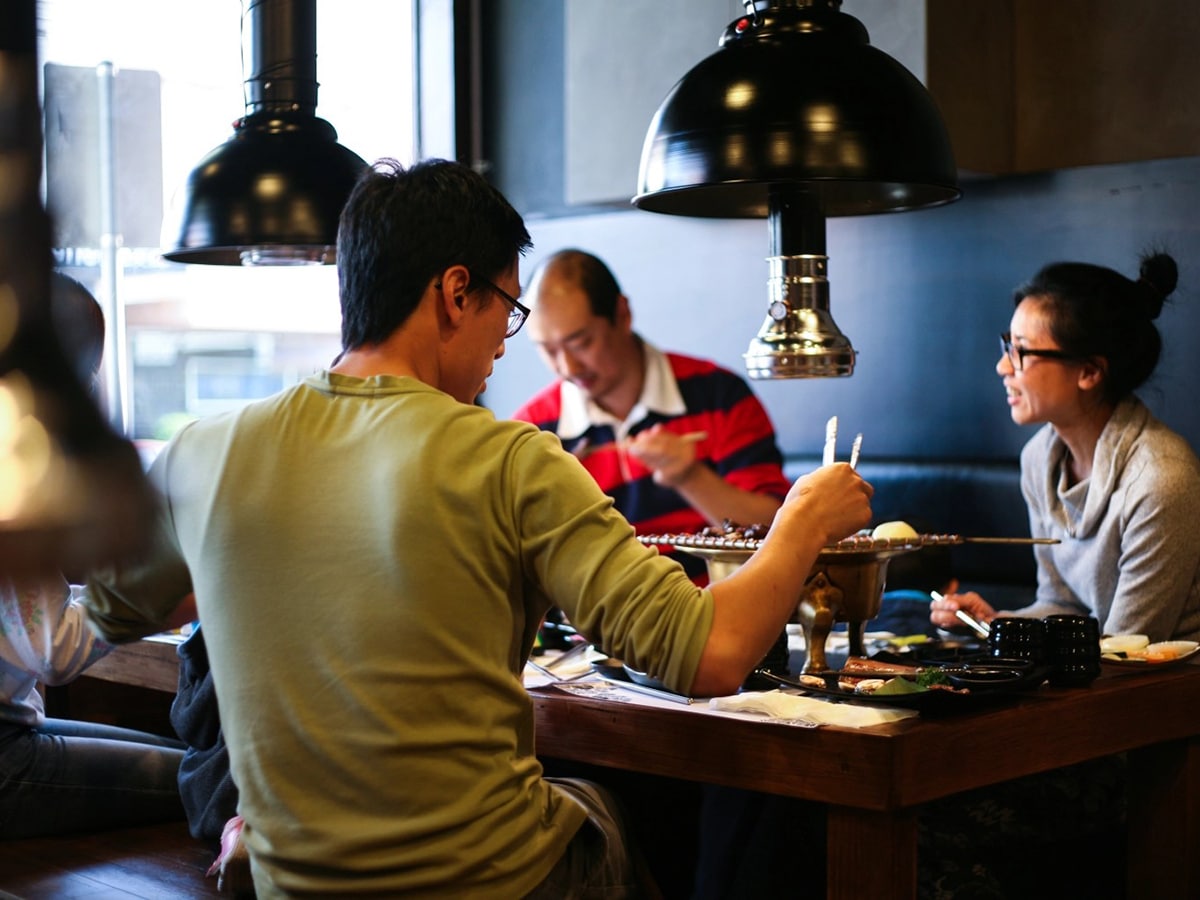 Lotus root chips and deep-fried crab claw will just whet the palate for your sumptuous evening at Towoo BBQ. Bring it to a head with the most enchanting flavours on their red chilli pork bulgogi. And cap it off with some refreshing soju. Book yourself in for a feast at this hidden gem before word gets out. 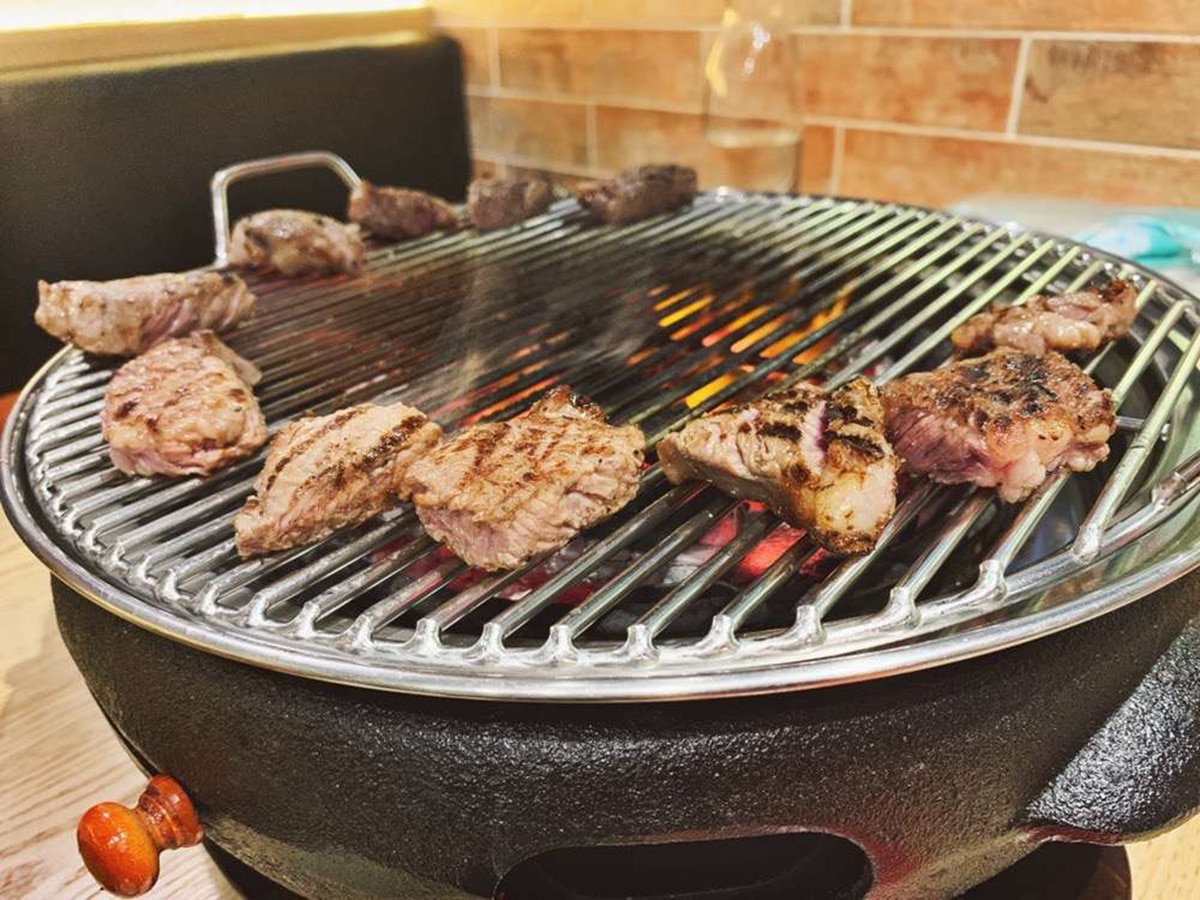 Come for the well-renowned Jap-chae and stay for the mouth-watering lamb chops at BBQ-K Doncaster. This hotspot is booked out days or weeks in advance, so be sure to call ahead. The friendly atmosphere and unparalleled feast will not disappoint. Nestled amongst the trendy, overpriced restaurants of Melbourne’s laneways lies an unassuming but equally ambient spot for good Korean BBQ in Melbourne. ChangGo has incredible food, great service and a buzzing atmosphere. They specialise in a wide variety of pork belly flavours but don’t leave without trying the seafood pancake and a sip of soju.

Alternatives to These Restaurants in Melbourne

You’ll also like:
12 Best Ramen Restaurants in Melbourne
20 Places for the Best Outdoor Dining in Melbourne
16 Spots For The Best Yum Cha in Melbourne

Where is the best Korean BBQ restaurant in Melbourne?

Woodo Korean Barbecue and Hwaro Korean BBQ are some of the best Korean BBQ restaurants in Melbourne.

Where can I find authentic Korean BBQ in Melbourne?

What is Korean BBQ?

Korean BBQ is a popular eat-in experience, where raw meats and vegetables are cooked by customers, on a small grill built into their table. 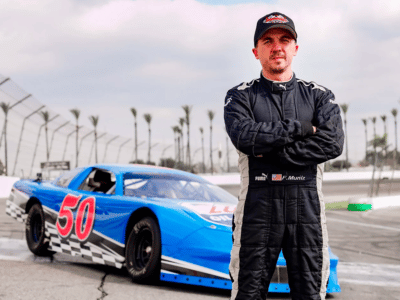 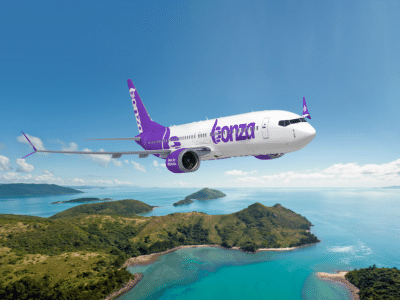 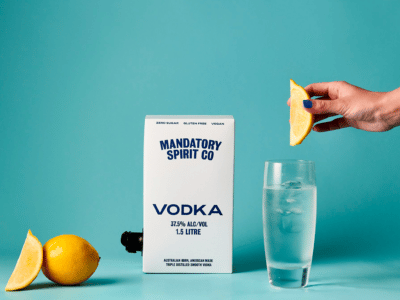 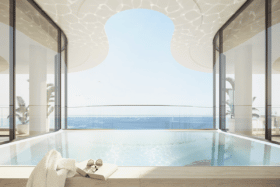 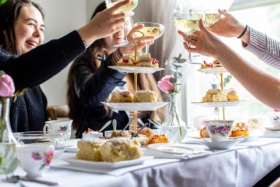 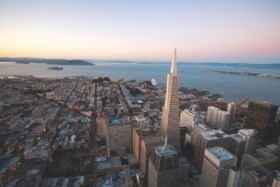 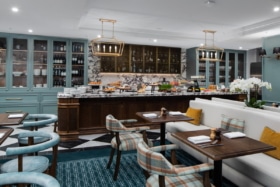