From the rise of Playtika to the blockbuster listing of Bumble, IPO listings have dominated the world of finance this year, and it’s not a surprise. As businesses clamour for capital and the global financial market becomes all the more accessible, would-be investors are keen to get in early and back a winner. In fact, the record number of IPOs listed in 2021 has seen the ball firmly placed in the investor’s court, but just what is an IPO and what does the Initial Public Offering process actually involve?

Put simply, an initial public offering (IPO) refers to the process of offering shares of a private corporation to the public in a new stock issuance. This transition from private to public allows a company to raise capital from public investors and can help private investors to fully realise gains from their investment. 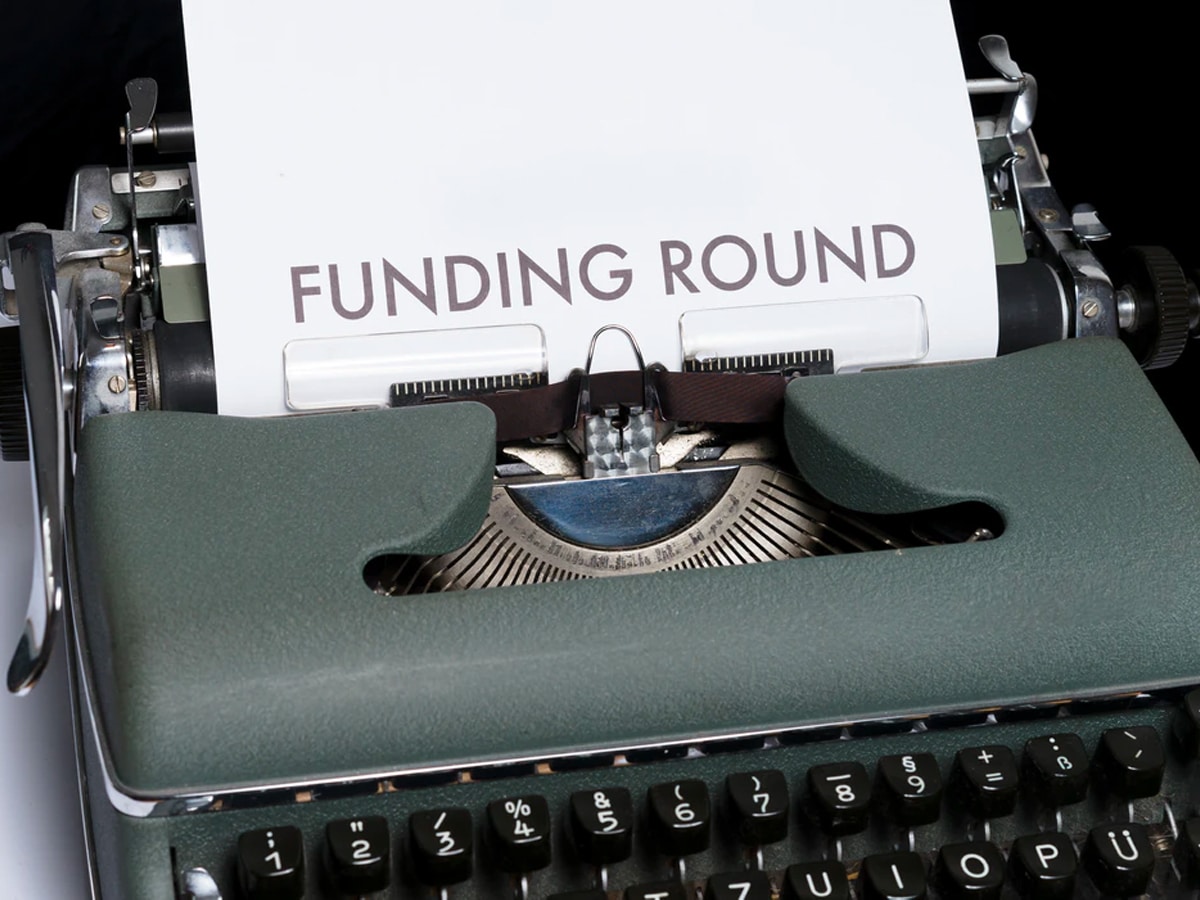 How an IPO Works

If you’ve been wondering how an IPO works, the process is surprisingly simple. Prior to an IPO, a company is considered private, meaning the business has a relatively small number of shareholders, generally comprised of early investors like the founders, family, and friends along with a small number of professional investors. When the company reaches a stage in its growth that it believes it can provide benefits to public investors while meeting SEC regulations, it moves towards an IPO listing.

This process starts with a business being initially underwritten by one of the investment banks. They then arrange for those shares to be listed on an exchange or in some cases, one or more exchanges. Gilbert reveals that it’s often then offered to institutional investors first at a reduced rate provided they buy in bulk.

“We saw this last year with Snowflake’s IPO, where one of the biggest investors was Warren Buffett. He bought in at what we would call a ‘pre-IPO price’, where shares are bought in bulk,” the market analyst says. “Because these investors are buying such a huge amount, they’re often going to be getting a much better price of what you would get as a retail investor. It’s another way of raising capital internally before it lists.”

Once that first funding round with the institutional investors is complete, it then lists directly to the exchange. Once open, anyone can begin to invest. But while the share price is anticipated to be much higher upon listing, Gilbert advises that it doesn’t always work that way.

“We saw it with Didi when it listed earlier this year,” he says. “They had investors such as Uber and Uber were buying stock at around the $30 mark. The shares now trade at around $8, so it doesn’t always work out that way.”

Steps to an IPO

Underwriters provide information to a business on their services, the best type of security to issue, offering price, amount of shares, and estimated time frame for the market offering. 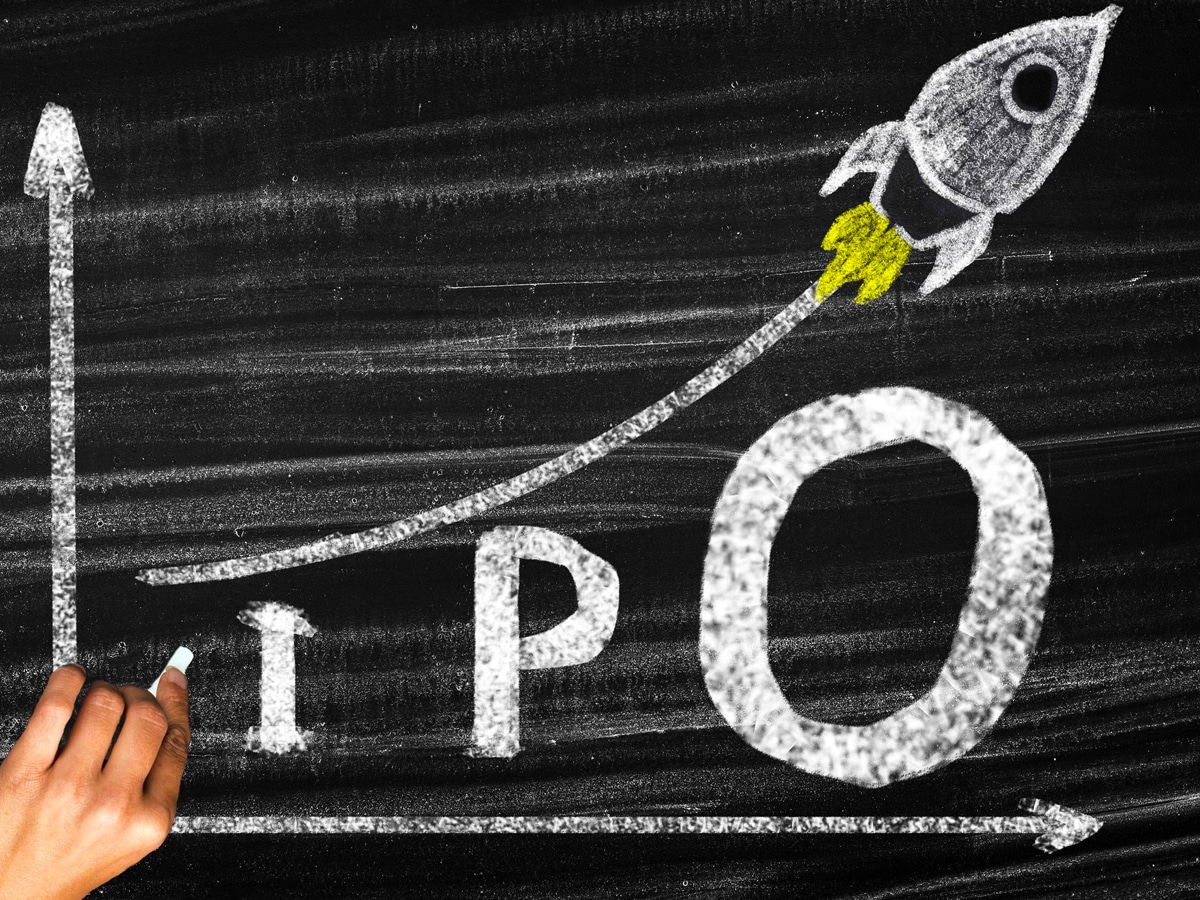 Why Do Companies Do IPOs?

An IPO may be the first time the general public can buy shares in a company, so it is often seen as a lucrative venture. It’s important to know, however, that one of the purposes of an initial public offering is to let early investors in the company cash out their investments.

Some analysts describe the IPO as the end of one stage in a company’s life-cycle and the beginning of another. It’s all about bringing new capital and blood to an emerging entity.

While IPOs have become the flavour of the month for most major businesses looking to grow, they aren’t the only option. Gilbert confirms other processes like direct listings also have their place, but for companies looking to bolster cash reserves, IPOs present an untapped resource.

“Generally, the primary objective of an IPO is to raise capital. It will expand the business and provide cash to research and development, along with further bolster a business’ plans,” he says. “An IPO will often create a lot more cash, but it’s also expensive. You have to go through a large investment bank, such as Goldman Sachs, JPMorgan, and that tends to cost a lot of money. If successful, however, you can generate a lot more money.”

From an outsider’s perspective, it can seem like a shorter-term loss, as you are spending more money in the hope of gaining more capital, but one of the major trade-offs is that it comes with a huge amount of publicity. “It puts the name of a business out there and it raises a company’s profile at the same time,” Gilbert says. “Especially if the stock price does well, it’s going to attract a lot of people which then, in turn, will obviously allow a lot more inflows of cash to the business.”

Like everything in the world of finance and investing, initial public offerings have their own special IPO meanings and jargon. Here are the key IPO terms you should get acquainted with: 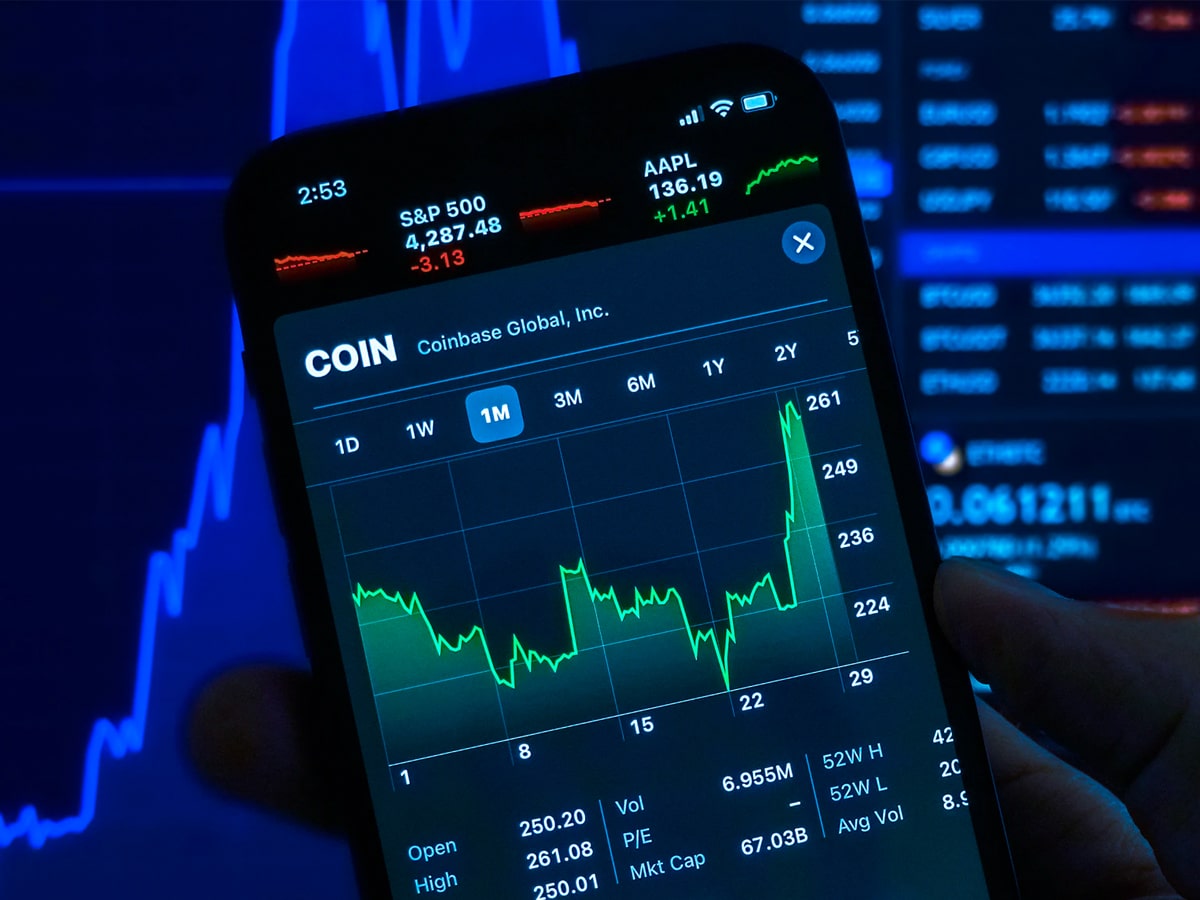 How to Buy IPO Stock

If you are interested in joining a potential winner early, an IPO is perhaps your best bet. It’s a major reason why the process has become more popular in recent years.

“This year we’ve seen record numbers of IPOs and the amount of cash raised by IPOs this year is on record, which is impressive in that we’re not even at the end of the year yet,” finance expert Gilbert says. “The Coinbase IPO, for example, is significant in the fact it’s the first real investment vehicle to gain exposure to the crypto market without having to invest in crypto itself. The opportunity for investors to own a piece of something that has not previously been owned, that you may have used, is a really keen interest. Investors then also want to try and take advantage of early moves and get involved with stocks quite early doors.”

While IPOs present an opportunity to get in on the ground floor, the eToro market analyst confirms it does come with an added risk. Here are finance expert’s tips for investing in an IPO:

“Ensuring that you’ve done that research on the stock, making sure that you’re not investing in hype or news is really important,” Gilbert says. “Benjamin Graham who wrote The Intelligent Investor said that he always preferred to wait before entering a stock until after its IPO, because sometimes the price can be inflated because of the rush of investors getting in and he would prefer to wait until that volatility is settled. Sometimes that can pay and sometimes it can pay to get in quite early, as we’ve noted with stock such as Zoom. It simply depends on your risk profile.” 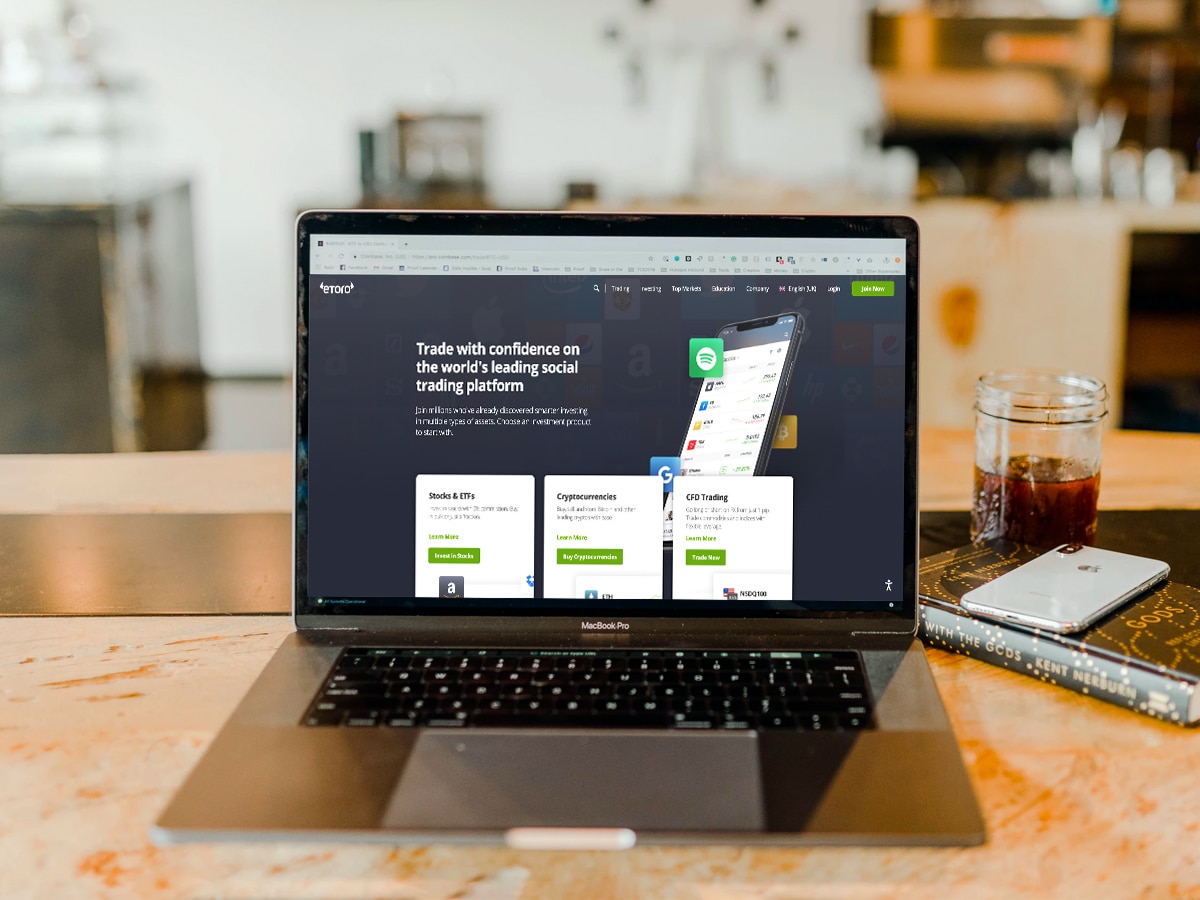 Should You Invest in IPOs?

For the average investor, purchasing directly into an IPO can be a difficult process, but they do present a major opportunity. Getting in early can be a ticket to strong gains, but it pays to do your research.

“We hear it all the time with entities such as Amazon and Apple, where if you had bought it 5-10 years ago, it would be worth X amount. There’s a keen interest from investors to get into these stocks from the get-go, so that you don’t miss the next Amazon,” Gilbert says. “We’ve certainly seen record numbers of IPOs going through and I just think that’s how public markets are changing at the moment.”

An initial public offering (IPO) is when a private company becomes public by selling its shares on a stock exchange.

Should you invest in IPOs?

As with all investing, IPOs present an element of risk. In this instance, there is little historical data to draw from and most investors may find themselves speculating rather than researching. That being said, companies with a sustained financial track record and high market value are more likely to generate positive returns for investors.

Can anybody invest in an IPO?

Often, a new IPO will see more demand than supply, meaning there is no guarantee that all investors interested in an IPO will be able to purchase shares. Those interested in participating in an IPO may be able to do so through their brokerage firm, although access to an IPO can sometimes be limited to a firm’s larger clients. 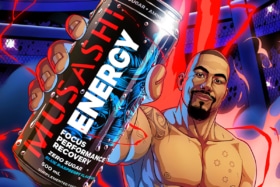 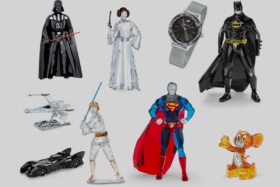 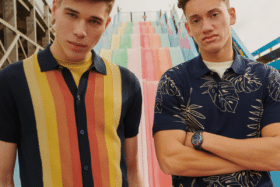 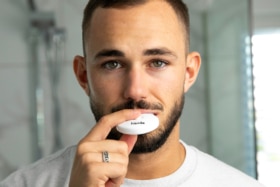