The holidays are right around the corner and we’ve put together a little wish list, better known as Man of Many’s Most Wanted. As the title would suggest, it rounds up some of our most-desired product releases from this month or the months to come. If anyone out there is feeling extra generous, we certainly wouldn’t stop you from picking up one of the following items on our behalf, like say a vintage-themed Casio watch or Sony’s latest filmmaking camera. ‘Tis the season, right? Okay, okay, we’re not really expecting anyone out there to buy us a gift this year. After all, your loyal readership is a reward unto itself. Here we go. 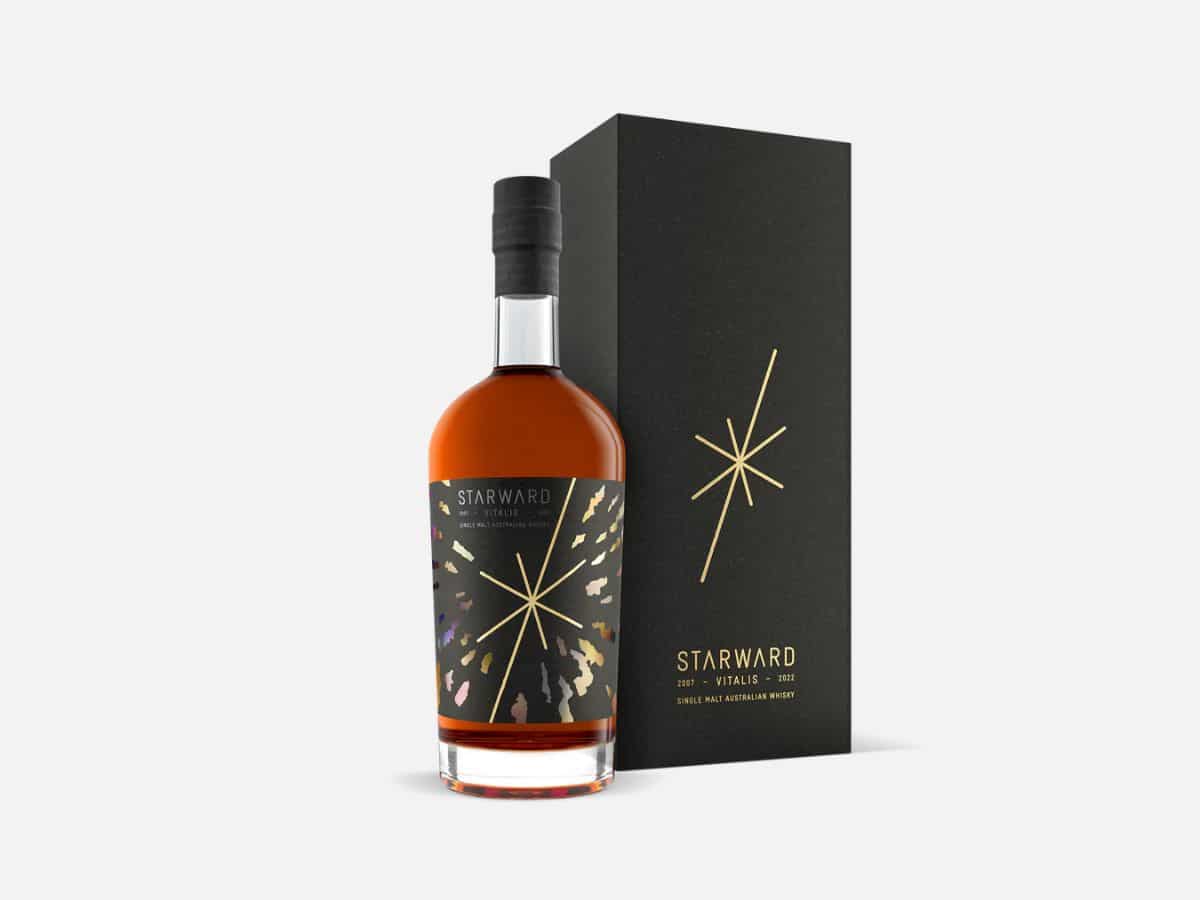 In Partnership with Starward

It’s no real surprise that Starward Vitalis is sitting at the top of our list for this month. When Starward founder and self-proclaimed ‘chief bottle rinser’ David Vitale adds his surname – and seal of approval on a limited number of whiskies – there’s room for celebration. Starward has spent the last 15 years making one outstanding whisky after another and if that isn’t a milestone worth celebrating, we don’t know what is.

So what is ‘Vitalis’? It’s a combination of the brand’s best, starting life as red wine moves to apera (representing Solera), then tawny, bourbon, and finally rum. Although the brand has never released a rum-finished whisky,  single malt whisky this finish serves as a nod to the bountiful ingredients on offer in Australia, while acting as a hint to the endless possibilities the future holds.

Now for the important part, how on earth do you get your hands on Starward Vitalis? As bottles of the whisky will only be available in limited quantities, not everyone will be able to get their hands on this piece of history. If you want to be in the running, you can sign up for the ballot at the Starward website via the link below, with registrations opening from the 6th of October with the ballot drawn on November 4. For those who miss out, select bottles will become available at fine spirit retailers around the world from November 2022, so keep your eyes peeled.

If you want to know why this single malt is one of the best ever produced in this country, check out our full guide.

Chosen by: Man of Many 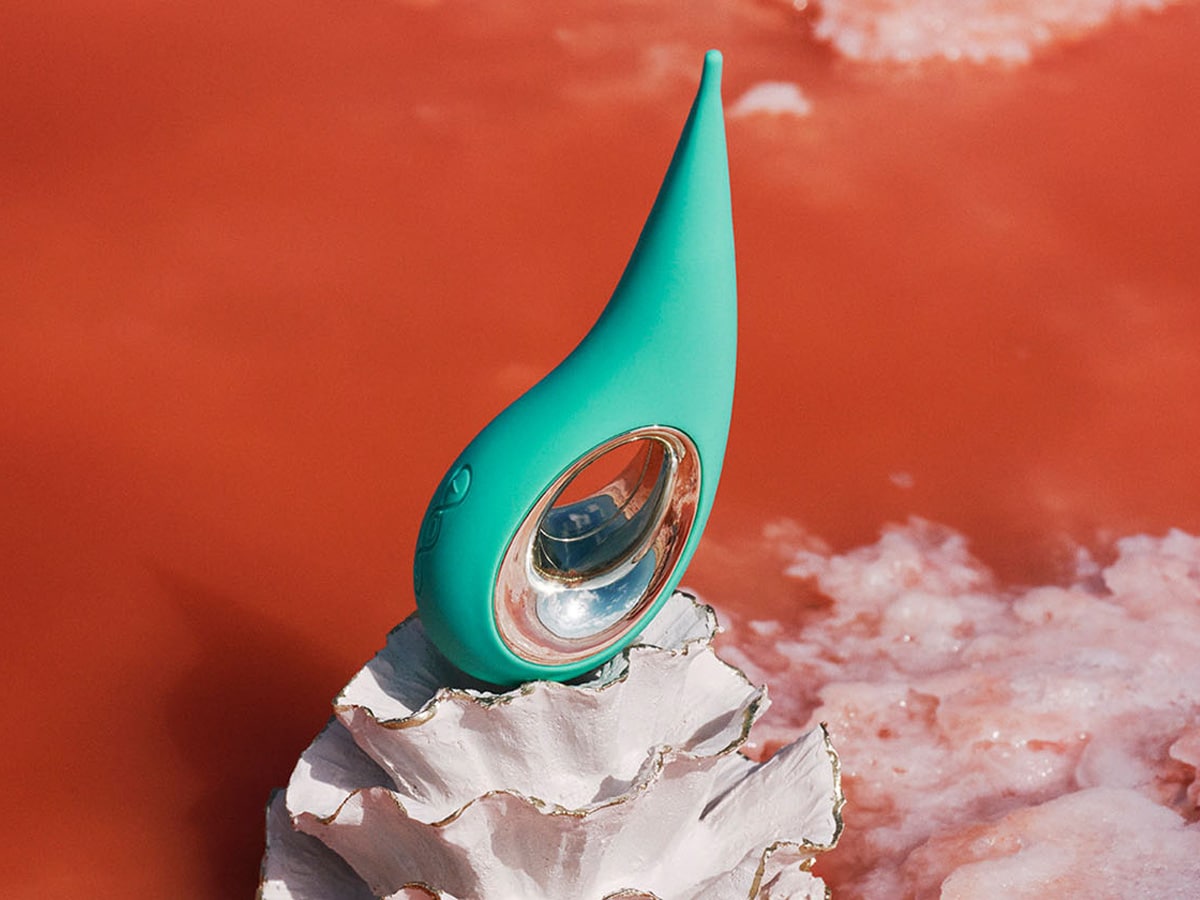 In Partnership with LELO

Chosen by: Man of Many CASIO and fashion label Rag & Bone teamed up to bring us a new line of retro-flavoured watches. Available in either silver or black, the A1000 imparts a timeless presence by way of its iconic digital interface. Each model also employs stainless steel construction and a monochromatic layout with military colour accents, sapphire glass protection, and Rag & Bone logo detailing on the case back and buckle. Comfortable and classic, they’re also quite affordable. In fact, we’re about to go buy one. Take that, Most Wanted list! 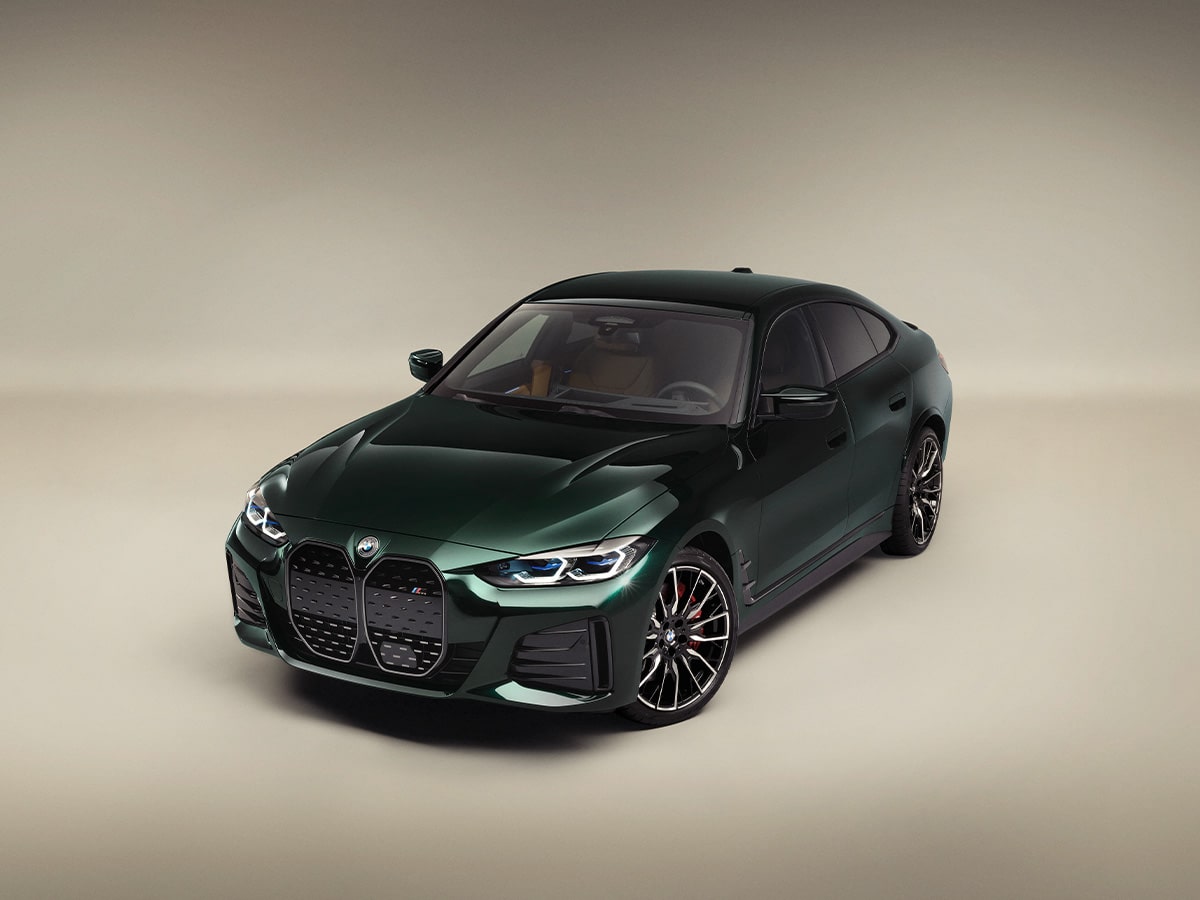 And now for something slightly less affordable, by which we mean “not in our wildest dreams will we ever own one.” It re-teams automaker BMW with Kith founder Ronnie Fieg. This time around, Fieg set his visionary sights on the electric i4 M50 to spectacular results. Each vehicle is finished in the exclusive colour of Kith Vitality Green, with a caramel interior and signature Kith branding. The most talked-about ride of the range is a reimagined 1972 BMW 1602 Elektro, which harkens back to an electric predecessor and gives off all kinds of luxurious vintage vibes. Only seven models will be produced (we told you we’d never own one) and they’ll be available through auction. 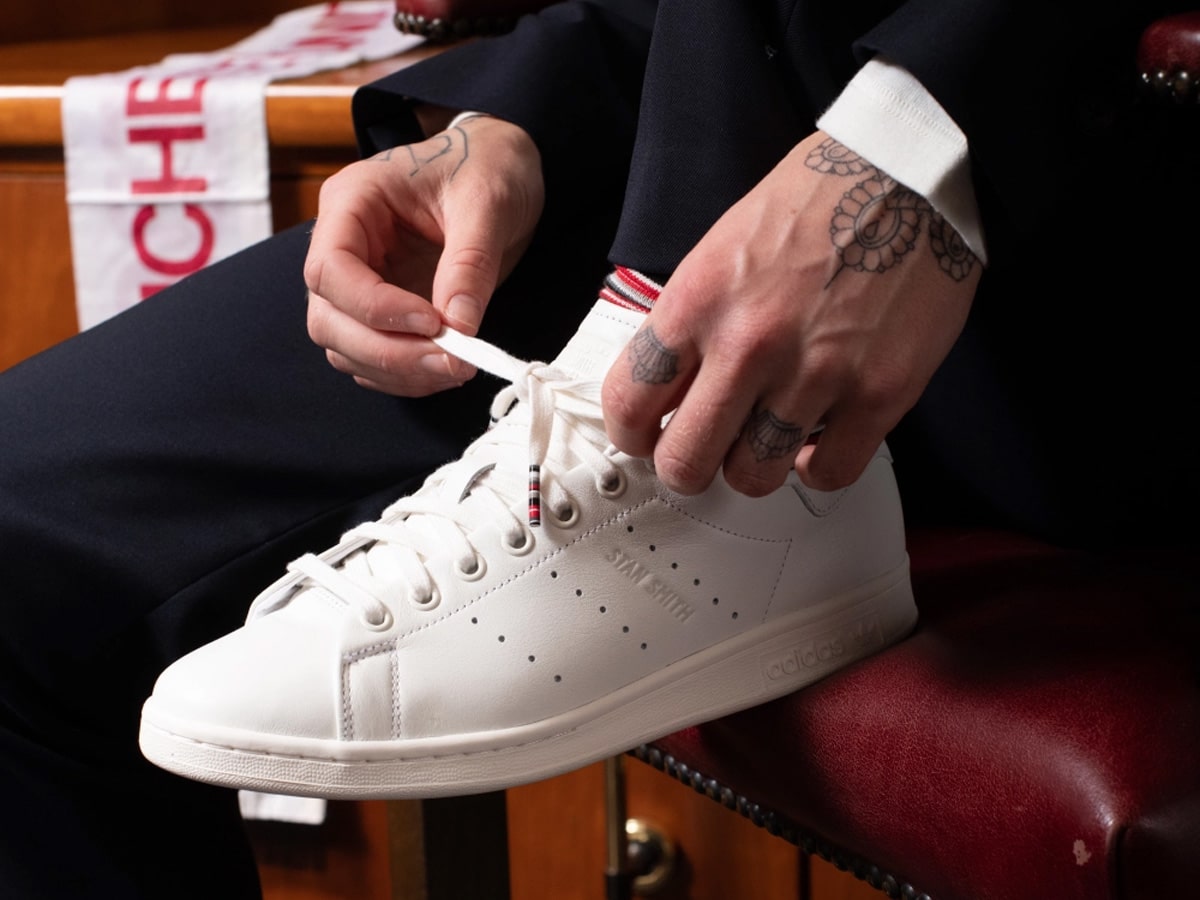 Let’s keep the collaboration theme going, shall we? These minimalist kicks draw upon the unmistakable talents of British fashion designer Sir Paul Smith and beloved sneaker brand adidas. Presented in all-white with Manchester United accents, each pair features ‘Stan Smith’ branding on one shoe and ‘Paul Smith’ branding on the other. For an extra special touch of distinction, the respective face of each Smith has been embossed on the adjoining tongue. The release is limited to just 1,946 units. 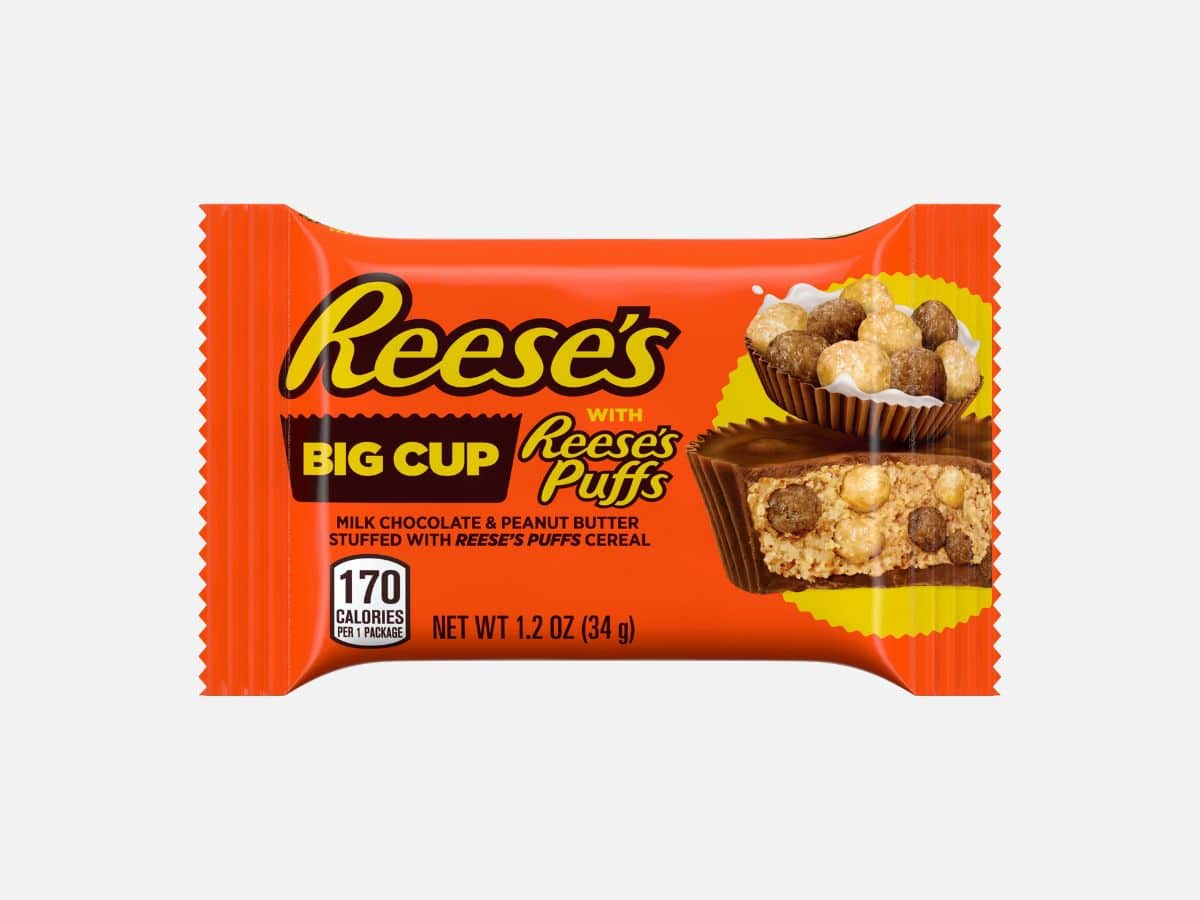 Our sweet tooth beckons for the latest mash-up from candy-maker Reese’s. It squeezes crunchy bites of the brand’s Puffs Cereal into their milk chocolate peanut butter cups to generate a unique blend of texture and flavour. We’re wiping the drool from our mouths at the very thought of this lip-smacking sensation and its crunchy, creamy goodness. It’s scheduled to drop in November, i.e. after Halloween. Bold move, Reese’s, but we’ll pick some up anyway. Yum. 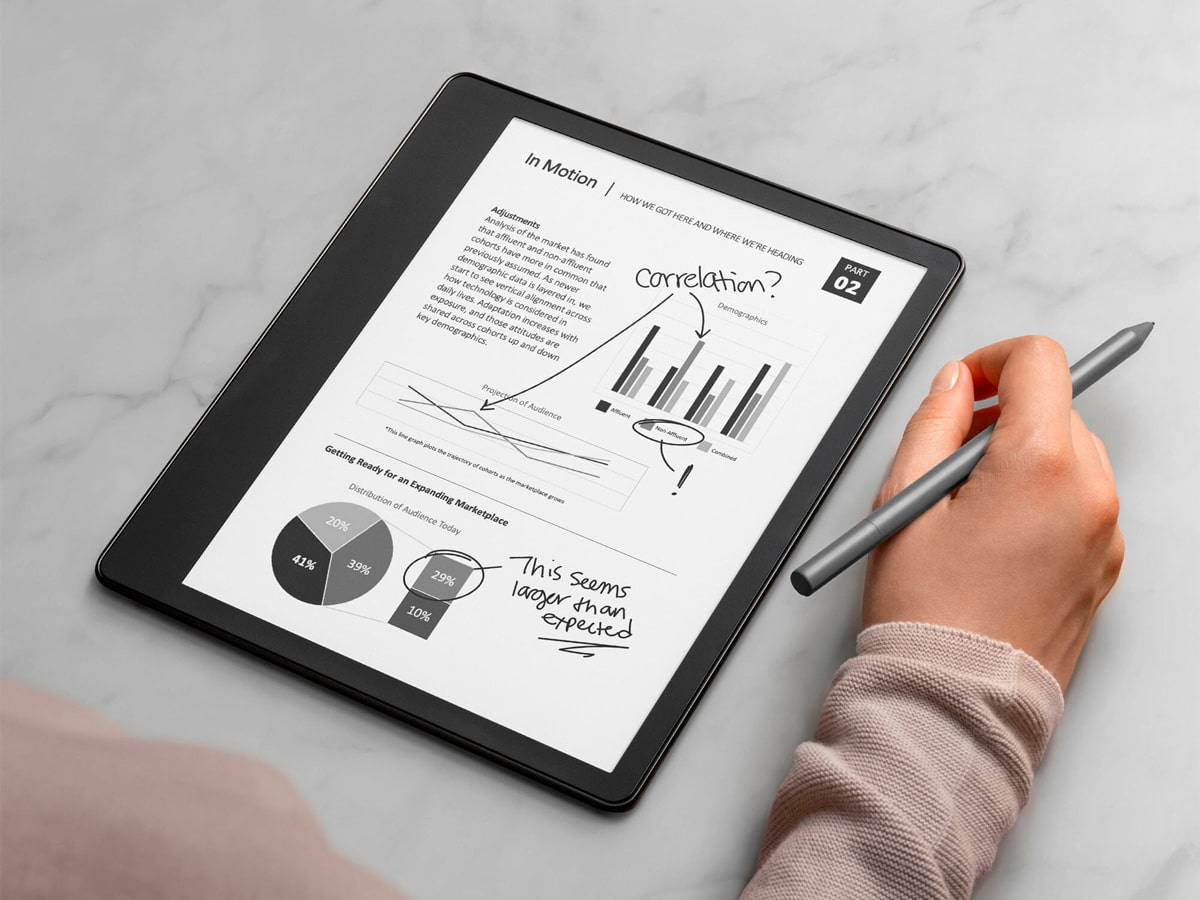 The world’s foremost e-reader has just brought writing into the fold for the first time. Touting a glare-free Paperwhite display, Amazon’s Kindle Scribe comes with a Basic Pen for effortless note-taking and other functions. Not only does it allow you to handwrite sticky notes as you read books or documents, but it automatically stores them in a single location for easy access. Alternatively, you can use the device as a digital notebook or journal or list, choosing between lined paper, grip paper, and more. Combine that with Kindle’s massive library and its boatload of optimal features and you have one e-reader to rule them all. 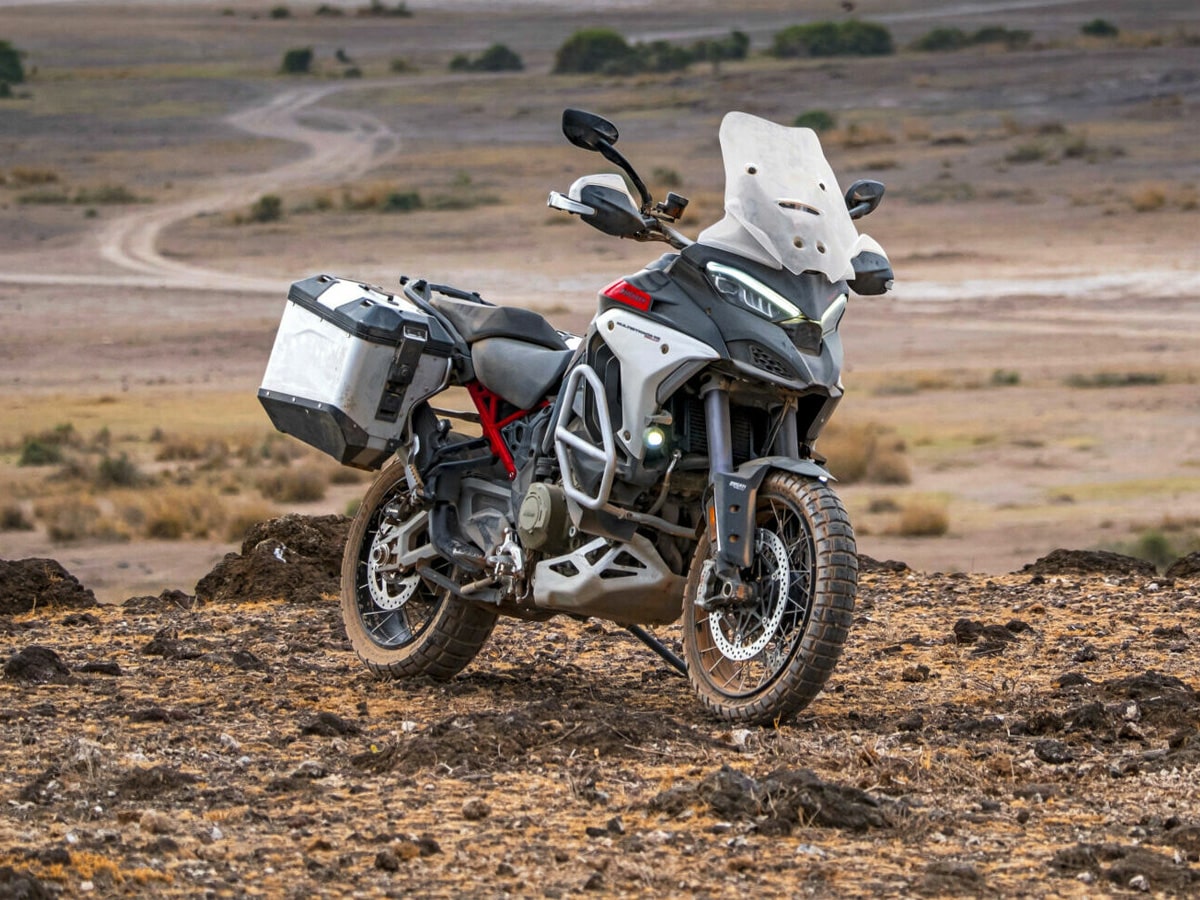 We’re feeling the wind in our hair just looking at the latest Multistrada motorcycle from Italy-based Ducati. What began with the first-generation model in 2003 continues to evolve and the V4 Rally is here to prove it. Features include new and improved Skyhook DSS EVO suspension, a larger 7.9-gallon tank, a skid plate, and a redesigned front end with daytime lamps and LED headlights. Both the driver seat and passenger seat are more ergonomic than previous iterations as well. Running on a 1,158cc V4 Granturismo engine and bolstered by all kinds of safety tech, this ride is every bit as awesome as it appears. 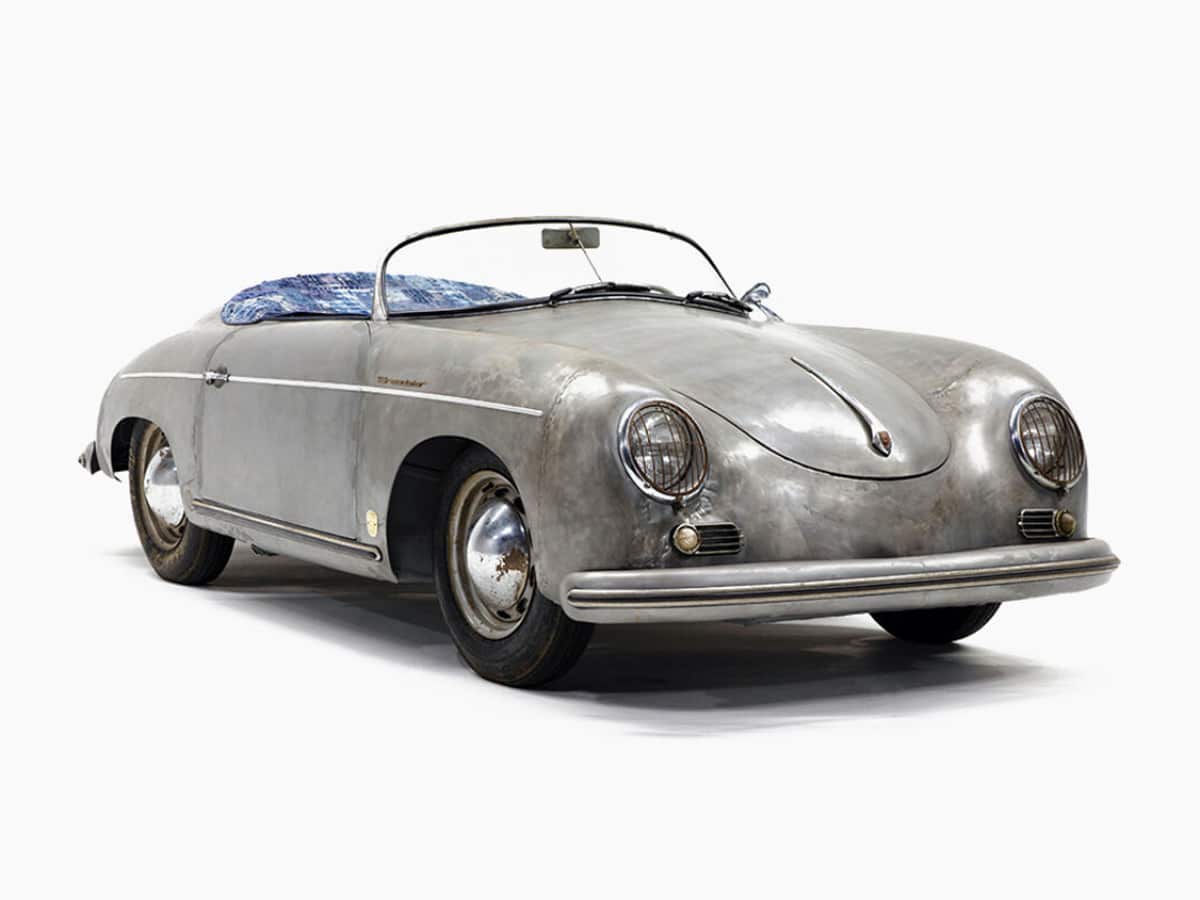 Three years in the making, the third collaboration between Porsche and American sculptor Daniel Arsham has finally been revealed. It completely reimagines a Porsche 356 by way of a Japanese influence, hence its nickname of “356 Bonsai.” Arsham began by stripping a 1955 Porsche 356 Speedster down to the metal and then building it out with an eye toward the ancient tradition of wabi-sabi, which cultivates beauty through imperfection. The resulting work of art is a fully functional car with a purposefully worn-down appearance. Fashion designers Motofumi ‘Poggy’ Kogi and Yutaka Fujihara were brought in to help with the interior, a colourful tapestry of Japanese fabrics and textiles. We wanty. 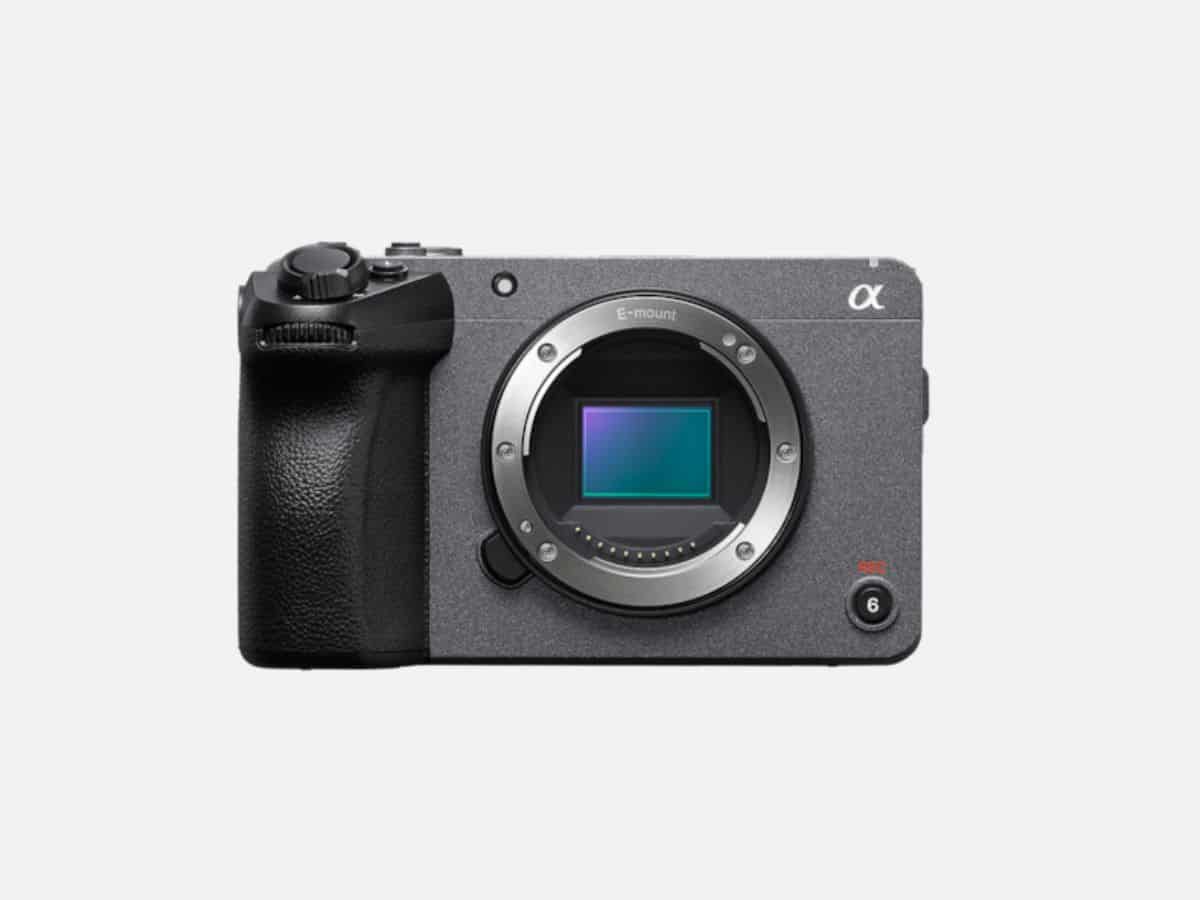 It’s never been easier to make a professional-looking film than it is at this very moment, thanks in part to Sony’s latest camera. Dubbed the FX30, it joins their ongoing Cinema Line and costs significantly less than its popular predecessor (the FX3). Ultra-compact and capable of lens-swapping, its primary function is as a trusty B camera for supplemental footage. Expect a Super 35 sensor with 20.1MP for 4K cinematic output along with several shooting modes, amongst other things. 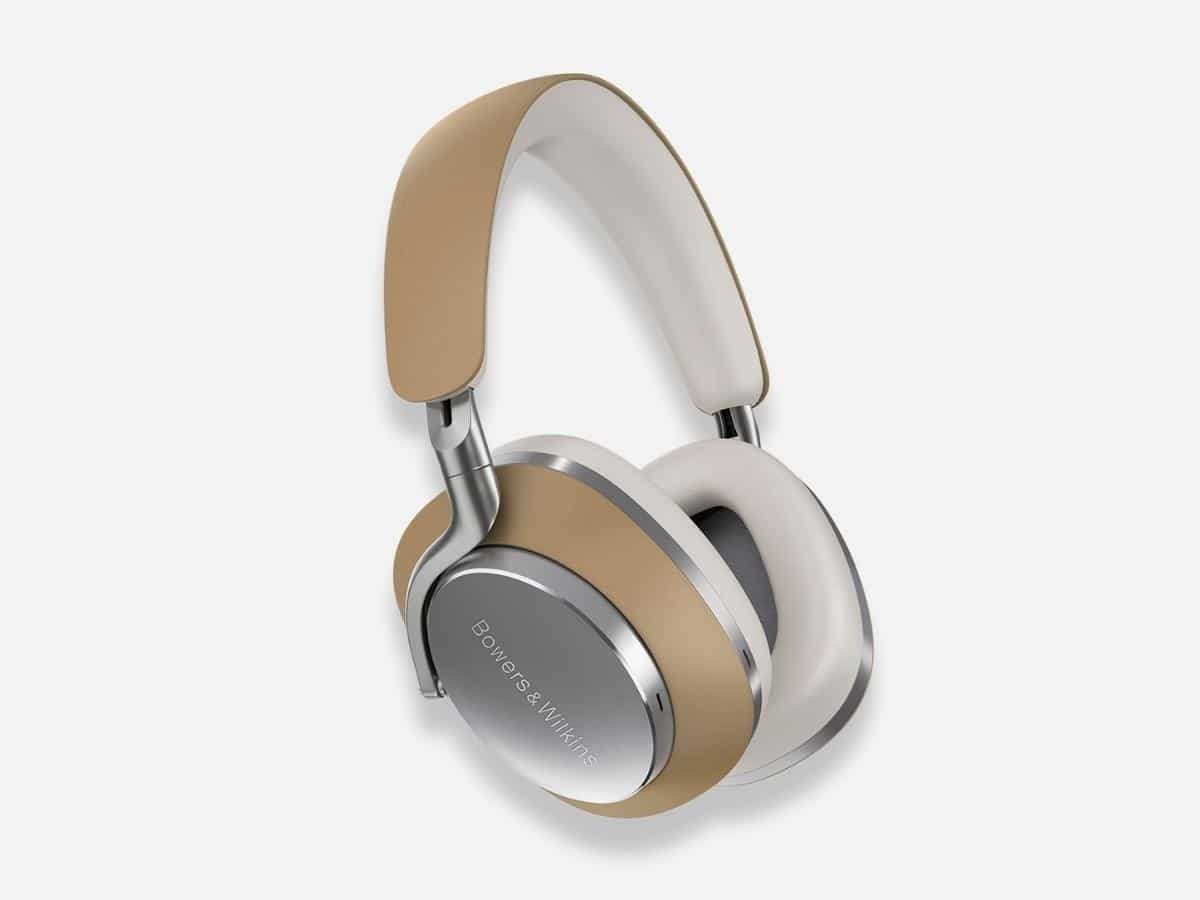 Audio brand Bowers & Wilkins follow their recent Px7 S2 headphones with the upcoming release of these wireless bad boys, aka the Px8. Equipped with advanced DSP and 40mm carbon cone drivers, they’ve been purposefully crafted so as to deliver top-shelf resolution, clarity, and detail on songs and calls alike. Speaking of clarity, six strategically-placed microphones enable impeccable call quality as well as premium noise isolation. Throw them on to experience the comfort of memory foam-lined earcups and a Nappa leather trim as you use them for up to 30 hours on a single charge. 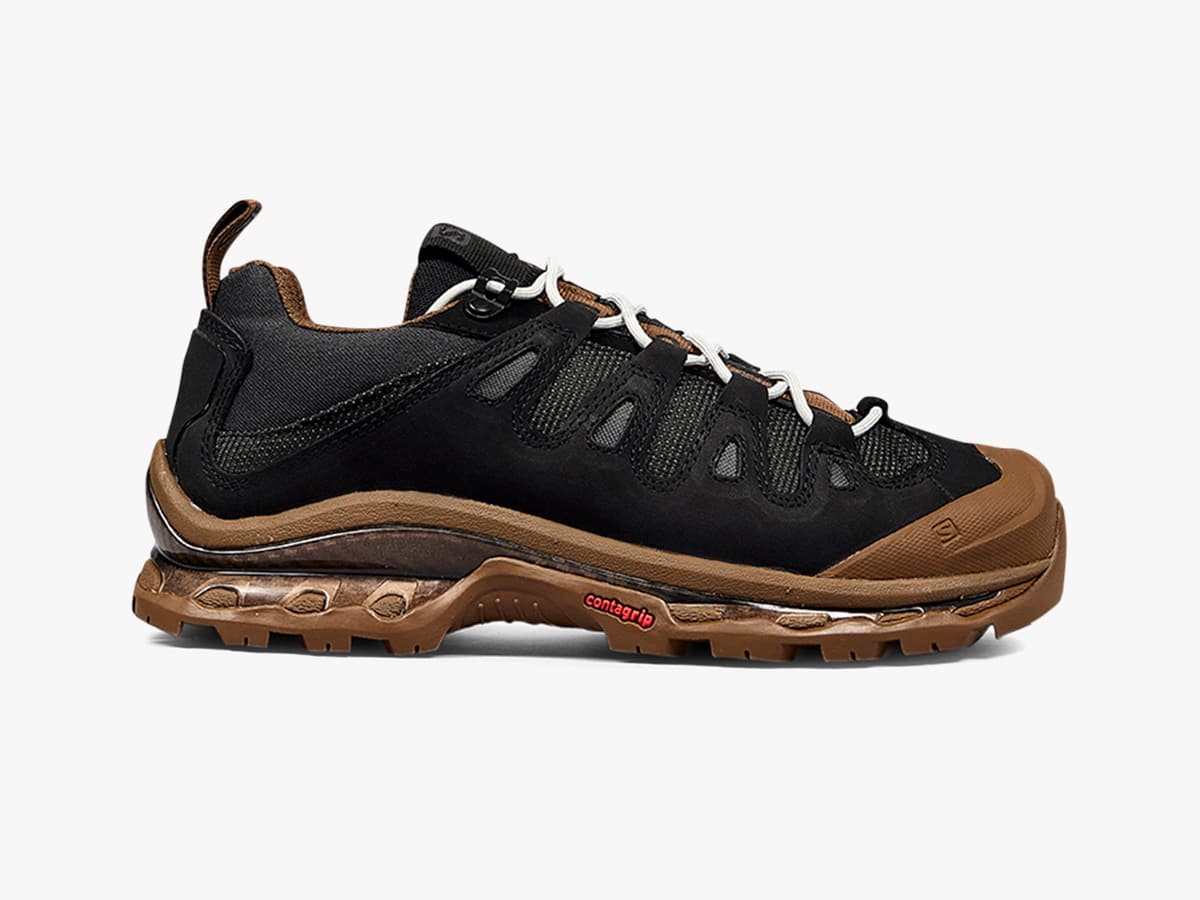 Our adventure-ready feet are pumped and primed for the latest offering from French athletic brand Salomon. Crafted in collaboration with clothing label Gr10k, the new Quest Low hybrid silhouettes are being described as a “tactical boot for non-tactical scenarios.” Blending striking colours and design codes, they’re built to take the wearer from city streets to mountain slopes and back without losing a beat. Mesh-lined interiors ensure maximum comfort whilst Salomon’s 4D Advanced Chassis and All Terrain Contagrip deliver prime technical performance. 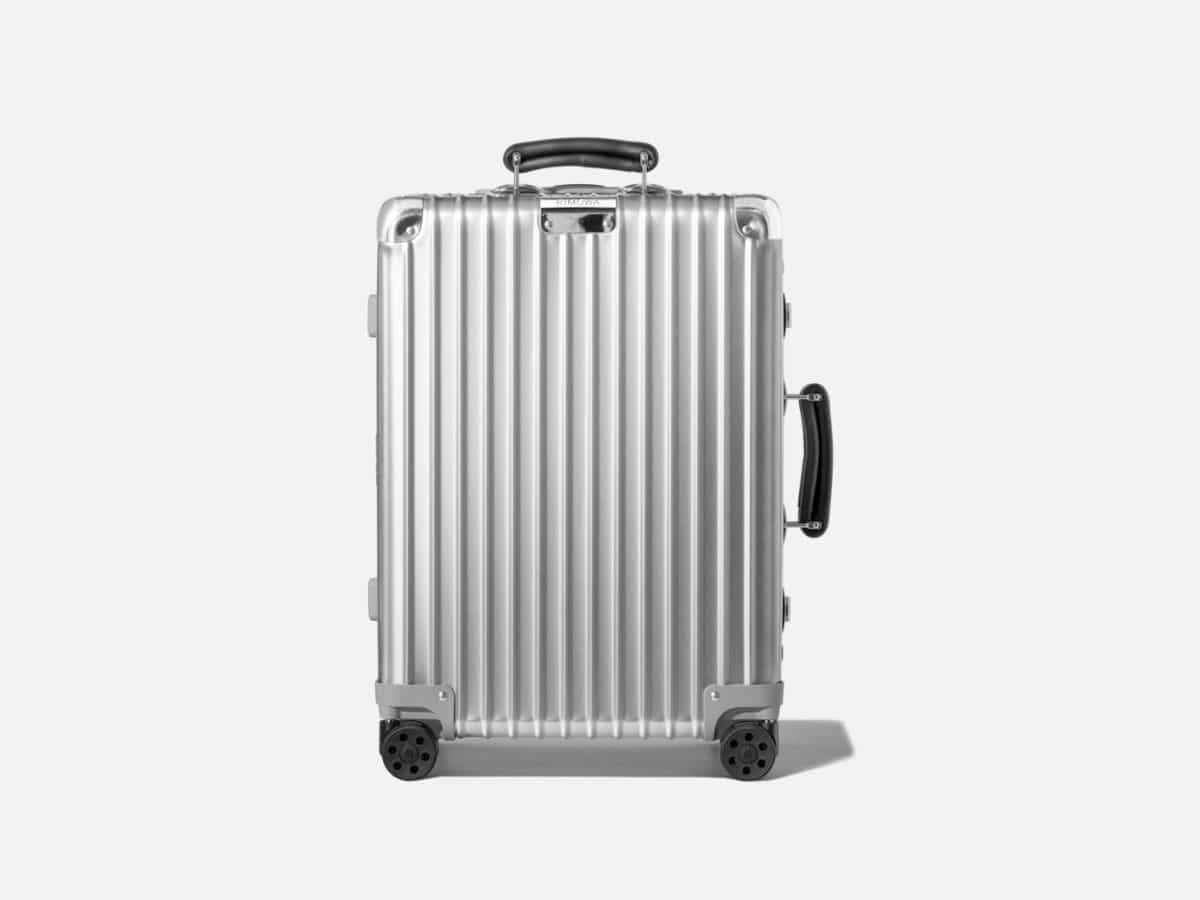 We Aussies are always geared up for travel and this month is no exception. Why not do it with absolute style and efficiency? Enter the immortal Classic Cabin from luxury luggage brand RIMOWA. Dressed in lightweight aluminium with polyester lining, it features TSA-approved locks, a high-end multi-wheel system, interior flex dividers, and a telescopic handle with a plush leather insert. This is where luxury and functionality collide and it’s designed to fit in most overhead compartments. See you in the friendly skies. 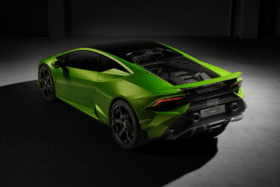 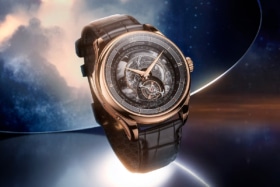 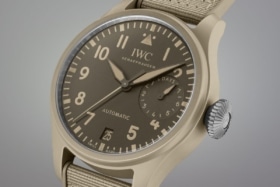 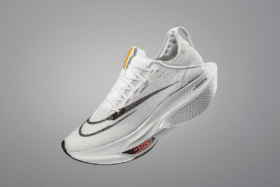 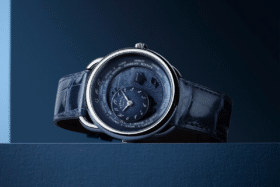