Turns out the Barbie Dream House is a real place and better yet, it could be yours. The iconic Los Angeles ‘Barbie Penthouse’ once owned by Mattel founders Ruth and Elliot Handler is set to hit the market next week, with a cool valuation of USD $10 million (AUD$13.6 million). Stunningly decadent and littered with after-market extras, this LA pad isn’t just a slice of hot property, it’s a piece of American folklore. The real-life Barbie and Ken (Barbara and Kenneth), daughter and son of Ruth and Elliot Handler, actually grew up in the three-bedroom, three-and-a-half bathroom Los Angeles condominium. 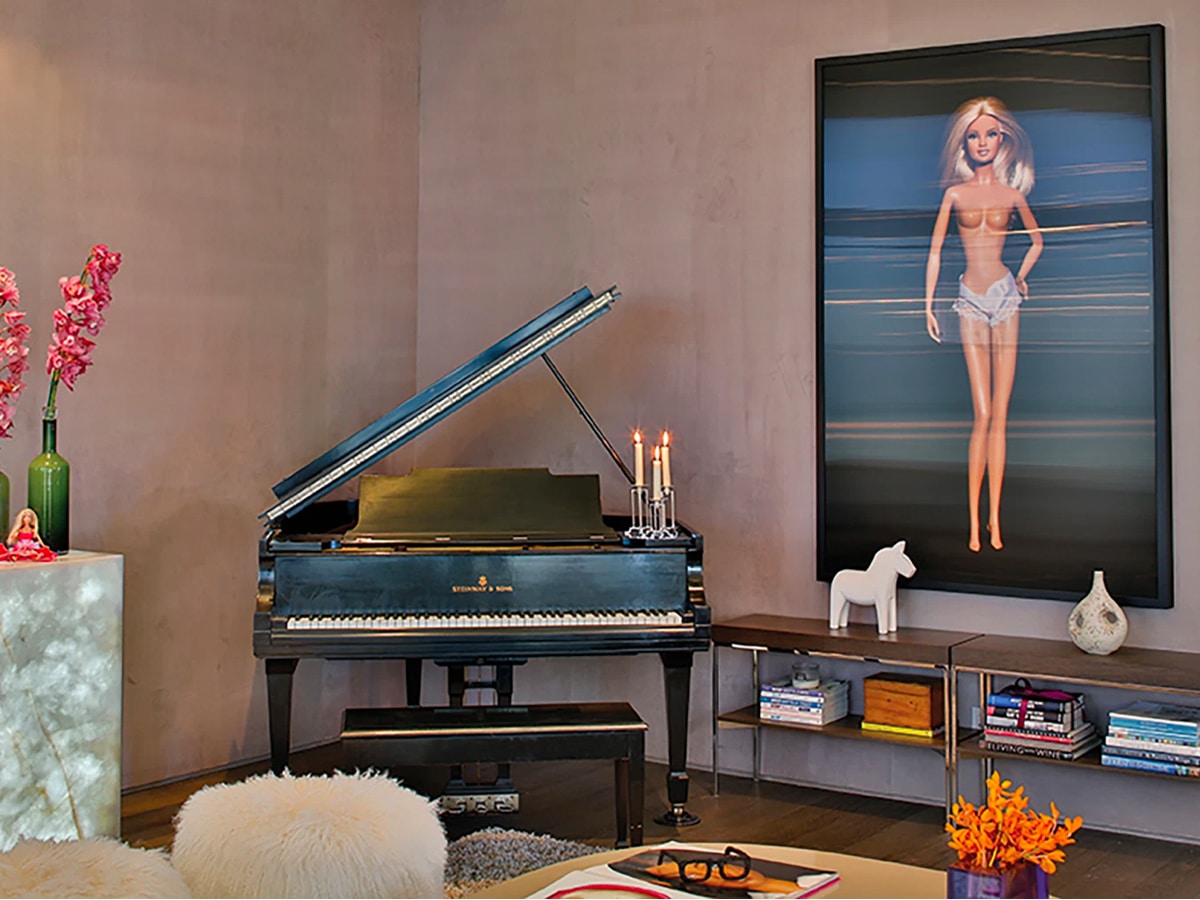 Revealed by the New York Post, the Barbie Penthouse sale marks the first time the property has hit the open market. Current owner Nicole Sassaman purchased it from Barbara Segal, who inherited the home from her toy-making parents several years ago. The interior designer has since transformed the 3,200-square-foot home into a “sophisticated but fun” homage to the Barbie doll. 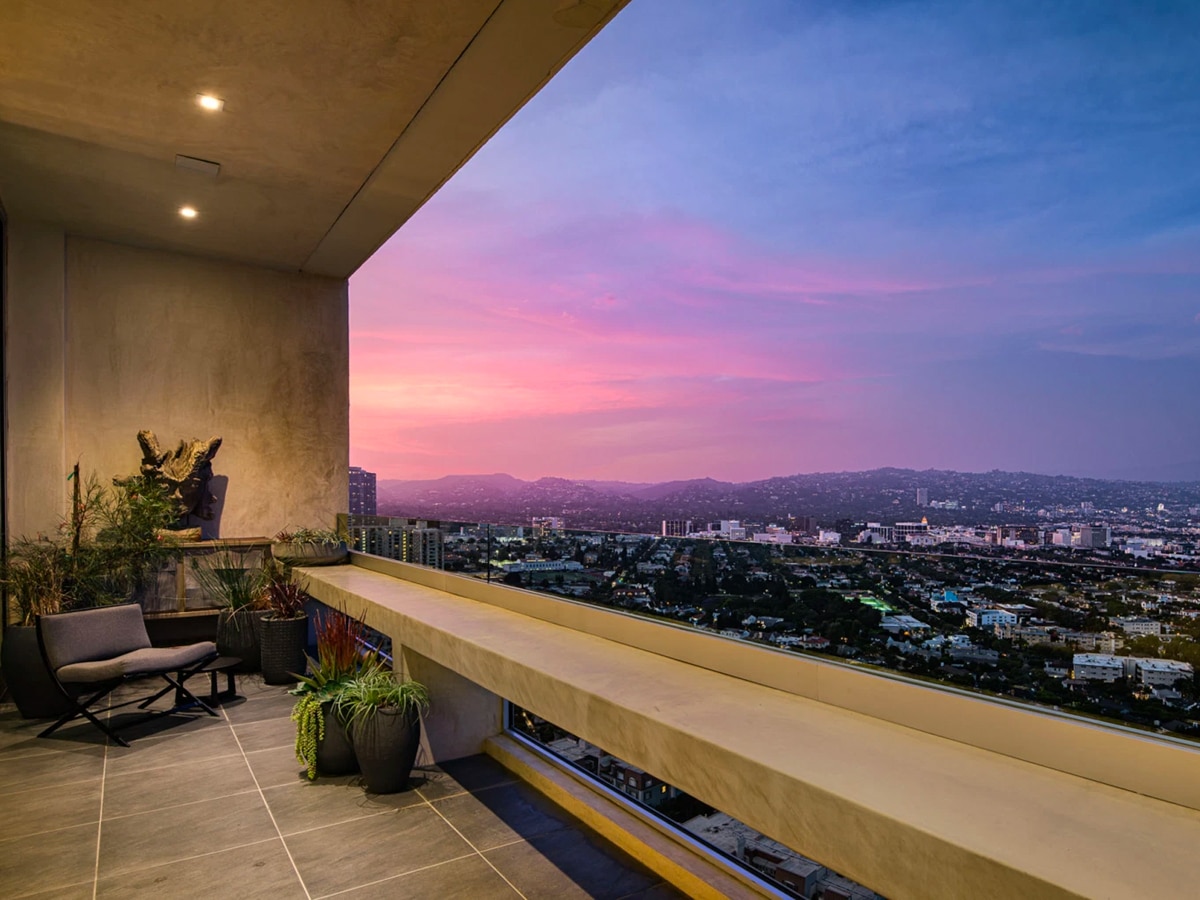 “This one-of-a-kind penthouse boasts some of the best views in Los Angeles from the top floor of a full-service IM Pei architectural masterpiece,” the official listing read. “With over 3200 square feet, this home is the ultimate in luxury, whether you are transitioning from a large residence, moving up to an impressive home, or buying a pied-a-terre to call home while in LA.”

Creature comforts headline the property, with a stunning living room accentuated by an eco-smart fireplace surrounded by lighted crystal quartz. Against the wall, the custom glass wine cellar holds 300 bottles, which is perfect if you’re looking to enjoy a vino on the expansive balcony. Windows throughout the house offer panoramic views of the Griffith Observatory, the Hollywood Sign and the Pacific Ocean, while also stooping the house in natural light. 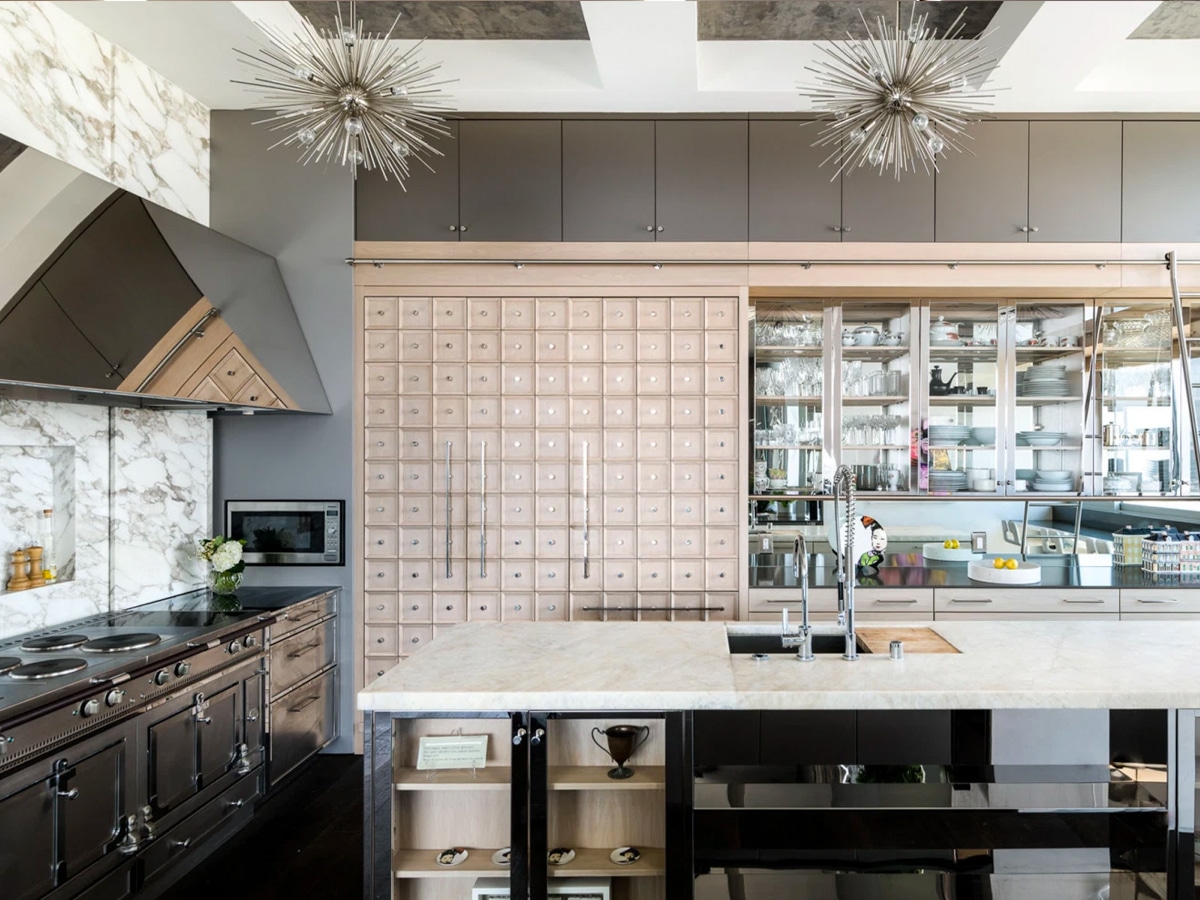 In the kitchen, it’s more of the same. A crystal quartz island, a sliding Calcutta marble backsplash, a custom La Cornue range and a custom sliding ladder make their presence felt, with the heart of the home looking more like the glassware of a high-end cocktail bar.

Of course, the dual-towered condominium complex also has tennis courts, a swimming pool and an outdoor lounge, but that’s not all. One lucky purchaser will also have access to a specialist dog park, valet parking, a concierge, an office, a shipping dock and a gym on the Avenue of the Stars.

The Barbie Penthouse is located at 2222 Avenue of the Stars in Los Angeles and is slated to list for USD$10 million (AUD$13.6 million). 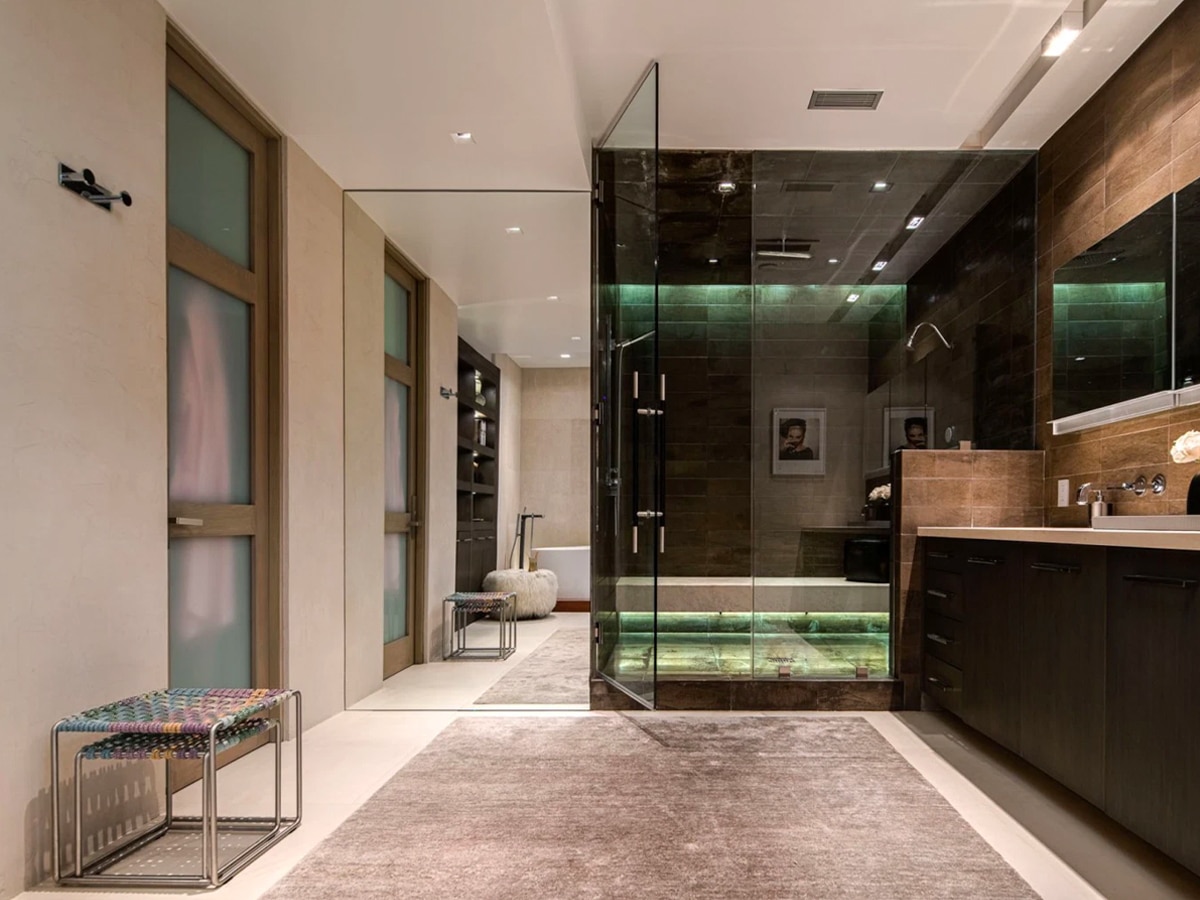 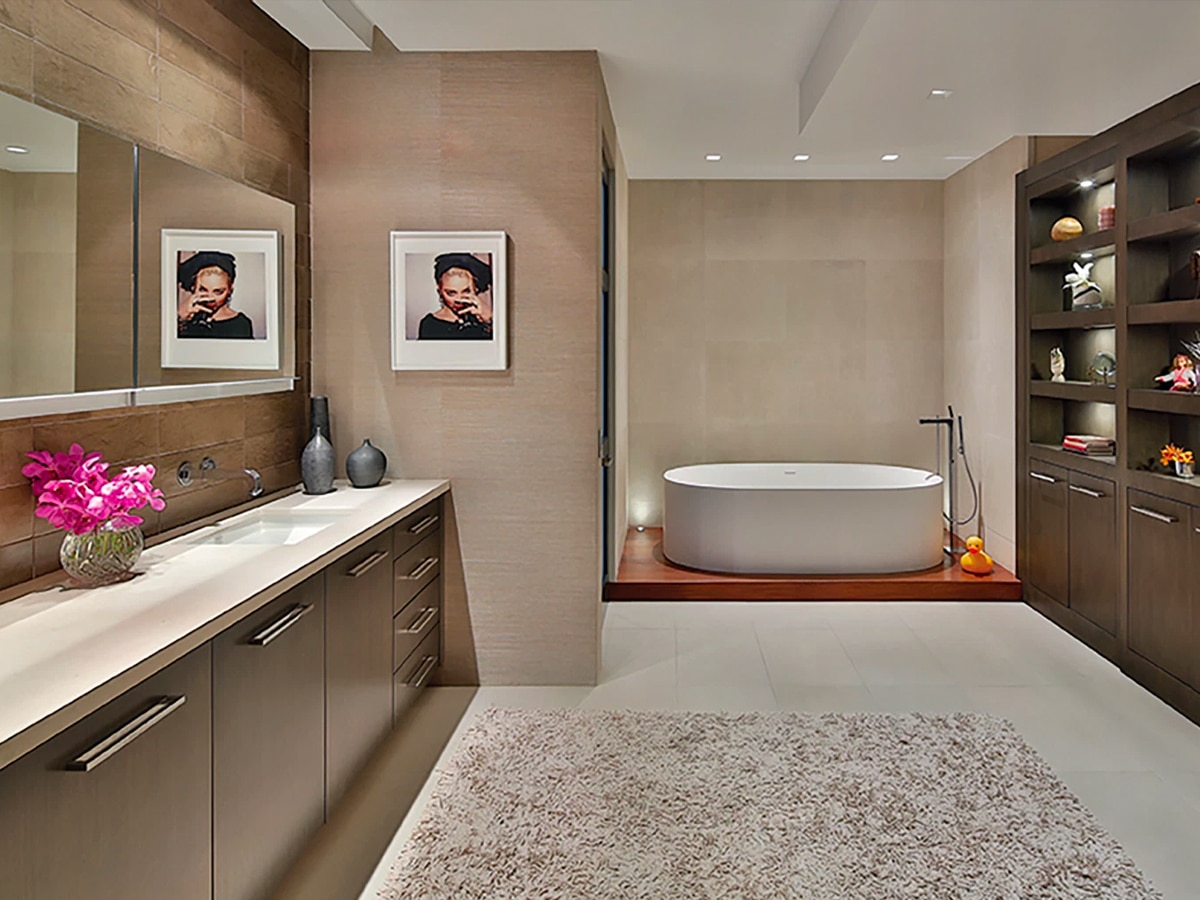 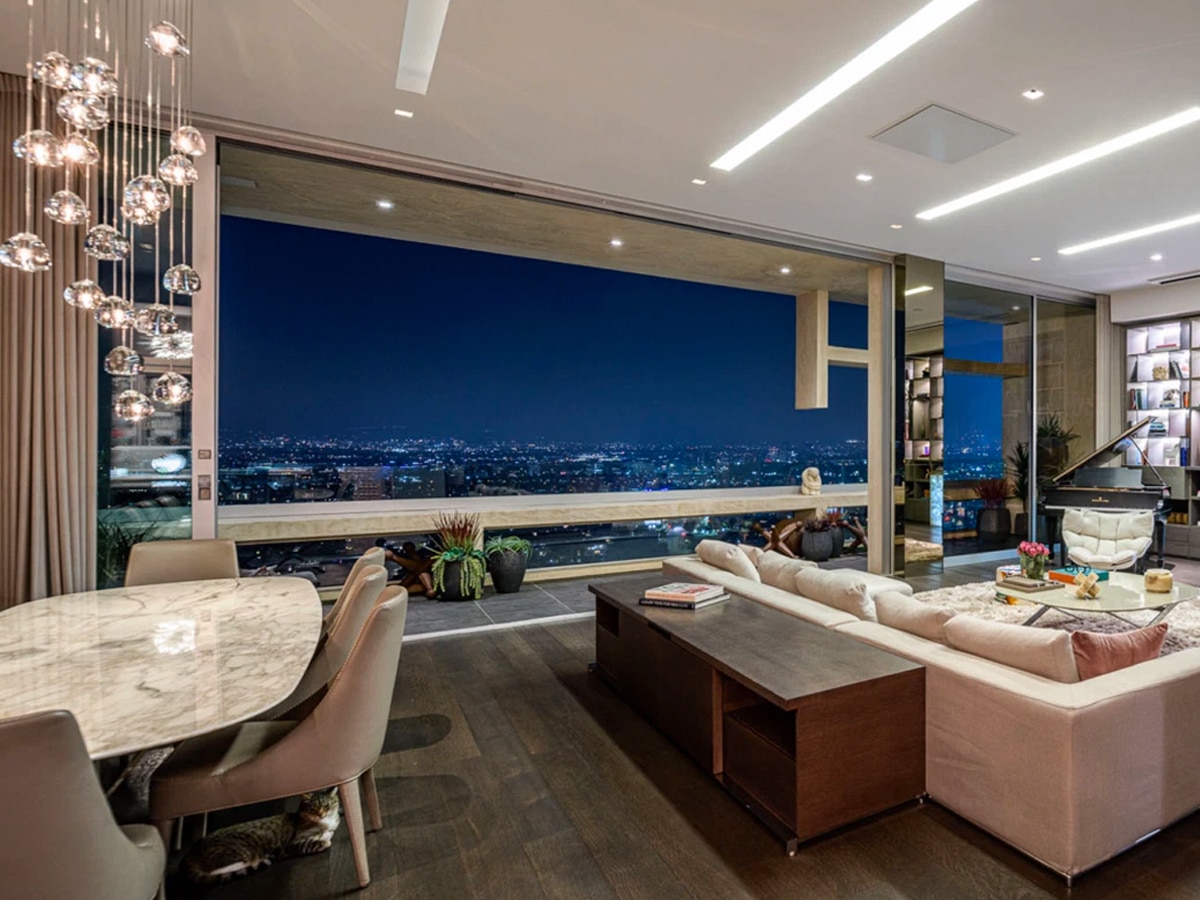