Having a footballer as the face of an ad campaign isn’t a new concept, but Bonds’ latest move, to put AFL wunderkind and Richmond’s star player Dustin Martin in a pair of their latest trunks and prove their efficacy in a live-action scene, for their latest campaign.

The talented footballer might be best known for pulling the beleaguered football club from the bottom of the ladder to a stunning premiership win last season, but his new gig, as a 3D video game gladiator, decked out in nought but a pair of Bonds Tech Trunks.

Launching from the screen (which is inexplicably a PSP because apparently it’s 2006) from a CGI world, Dustin proves his mettle as an action hero, and underwear model, is just as robust as his on-field abilities.

“Dustin’s contribution has helped us deliver a new and elevated product with real sporting pedigree. On or off the field it is a stylish, functional addition to the underwear drawer”, says Emily Small, Head of Marketing at Bonds.

Bonds’ new Tech Trunks feature advanced quick-dry technology, an innovative waistband, and breathable mesh panels to keep your lads cool, especially handy when you’re running up and down a field in front of millions. They are available in two styles: a regular and a long leg.

To mark the launch of the new undies, we chatted with Dustin in between games to talk about his preparation for the season, and his potential new career as a model (even if his teammates think it’s a bit of a cack.)

On the back of last year’s success, are you still feeling on top of the world, or is there a sense that the party’s over now you’re back on the field?

Yeah, it’s a new season and a new chapter so we are just enjoying 2018 and the journey we have in front of us at the moment.

What have you done pre-season to prepare?

It’s a new season and you’re starting off at the top of your game, does that add an element of pressure for you?

I did put bit of pressure on myself early on in the season to perform like I did last year but in reality I didn’t need to. I just need to do my bit for my team and give my best effort every week and that is enough.

You’re the new face of Bonds, did you ever expect football would lead to a modelling career?

Not really but it’s good to do something different and get out of my comfort zone. It’s been great to work with the team and have a bit of input. Football consumes a lot of my time so it is good to get out and do different things.

Do you play in Bonds?

The Tech Trunk, of course!

The new ad is more like a Hollywood action sequence than a typical undies commercial, did you feel at home in front of the camera?

It takes me a bit to get used to it but once we are into it is actually really good fun. Occasionally walking past the mirror at home I may do a bit of practice on my poses.

Back to football, you hit the peak of your career at 26 pretty much, and brought Richmond to a stunning victory — what next?

I just want to keep doing my bit for the team and enjoying the journey we are on, keeping focused on the present.

Do you see the modelling career take off after you’ve laid down the pigskin?

Haha, who knows!  The boys give me a bit of shit from time to time in the locker rooms but we will wait and see. 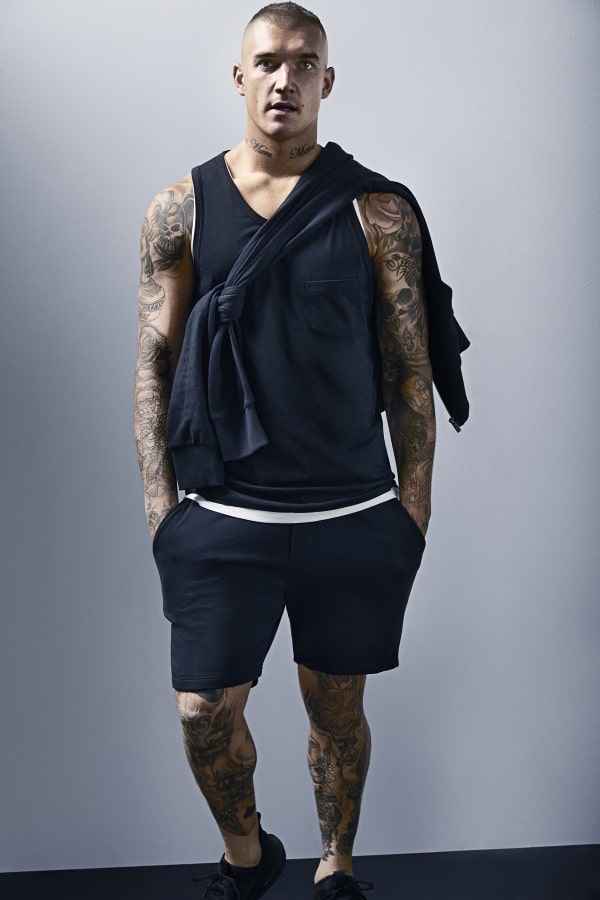