After 47 days, nearly 4,000km and over $1 million raised, Nedd Brockmann rolled into Bondi Beach on Monday evening a certified legend. The 23-year-old tradie-turned-philanthropist surged through the crowded masses on his way to a formidable result that will forever etch his name into the history books. Less than two months from when his initial journey began, Brockmann had completed arguably the most challenging physical feat in the country – running from Perth to Sydney non-stop, all in the name of charity.

Setting out from Cottesloe Beach on September 1, Brockmann’s goal was to cross Australia on foot, aiming to raise $1 million for youth homelessness charity We Are Mobilise. Blonde mullet flowing effortlessly in the wind, Brockmann cut a sharp silhouette across the rugged Australian landscape and it wasn’t long before his journey began to catch national attention.

Celebrities, news crews and fans flocked to spy a glimpse of the amateur athlete in action as he battled the elements to cover more than 80 kilometres a day on average. However, it wasn’t all smooth sailing. Around day 12 of the journey, Brockmann sustained an injury to his ankle, forcing him to cut back on mileage in order to maintain health. From there, things just got more difficult. 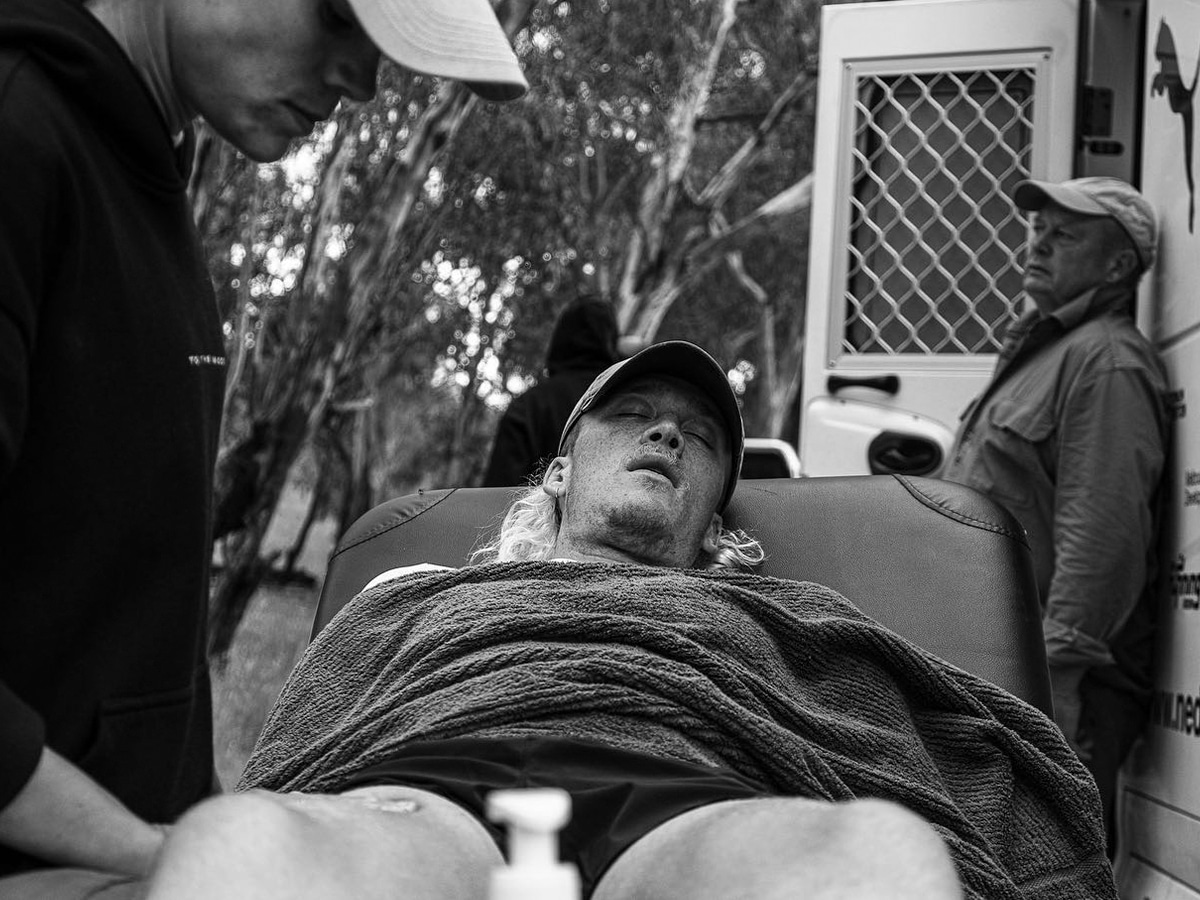 Flanked by a dedicated crew, Brockmann’s incredible journey was captured in full by photographer Bradley Farley, whose images revealed the true nature of the effort. The Aussie champion battled blisters, exhaustion, maggots in his toes, illness and chafe, but through it all, he remained resilient. When he began his descent into Bondi on Monday, it was all worth it.

Thousands gathered on the promenade outside North Bondi Surf Life Saving Club, eager to catch a glimpse of the sun-bleached star as he made his way to the finish line. At around 5:30pm, the blonde mullet began bobbing through the crowd, sending the audience into overdrive. Stopping just short of the end, the lanky Aussie let out an enormous roar before surging ahead and completing what many thought was impossible. 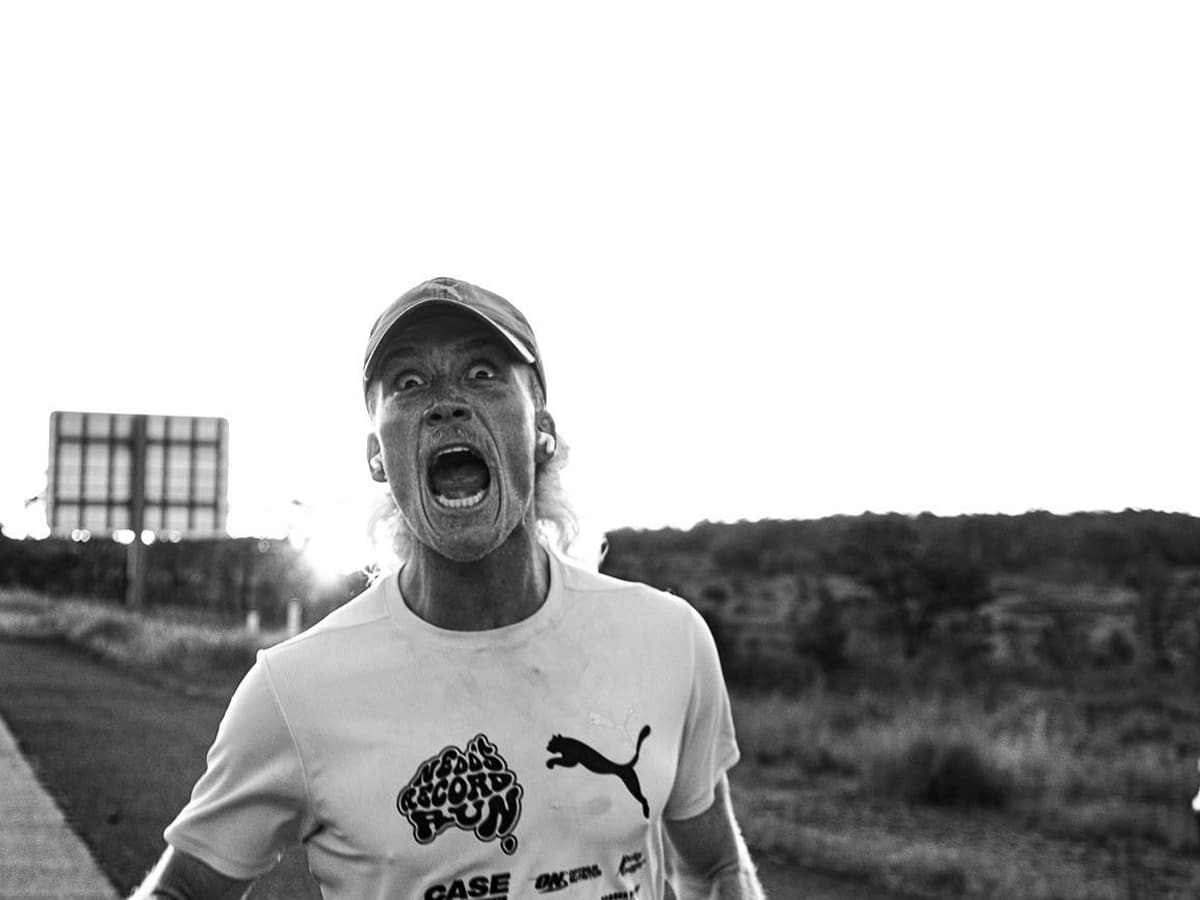 After being given a traditional Indigenous welcome, Brockmann grabbed a champagne bottle, slipped out a well-worn shoe and smashed a serving, Danny Ric style. The perfect way to cap off an incredible feat of human perseverance and dedication, Brockmann’s celebration encapsulation everything that makes him a star. A national treasure that was spurred toachieve greatness in the name of charity, Brockmann is the kind of person we all aspire to be. With more than $1.6 million raised for his chosen charity Brockmann has more than just achieved his goal, he has inspired a nation and to that, we say – Cheers.

To donate to Nedd Brockmann’s appeal or to show your support for We Are Mobilise, follow the link below. 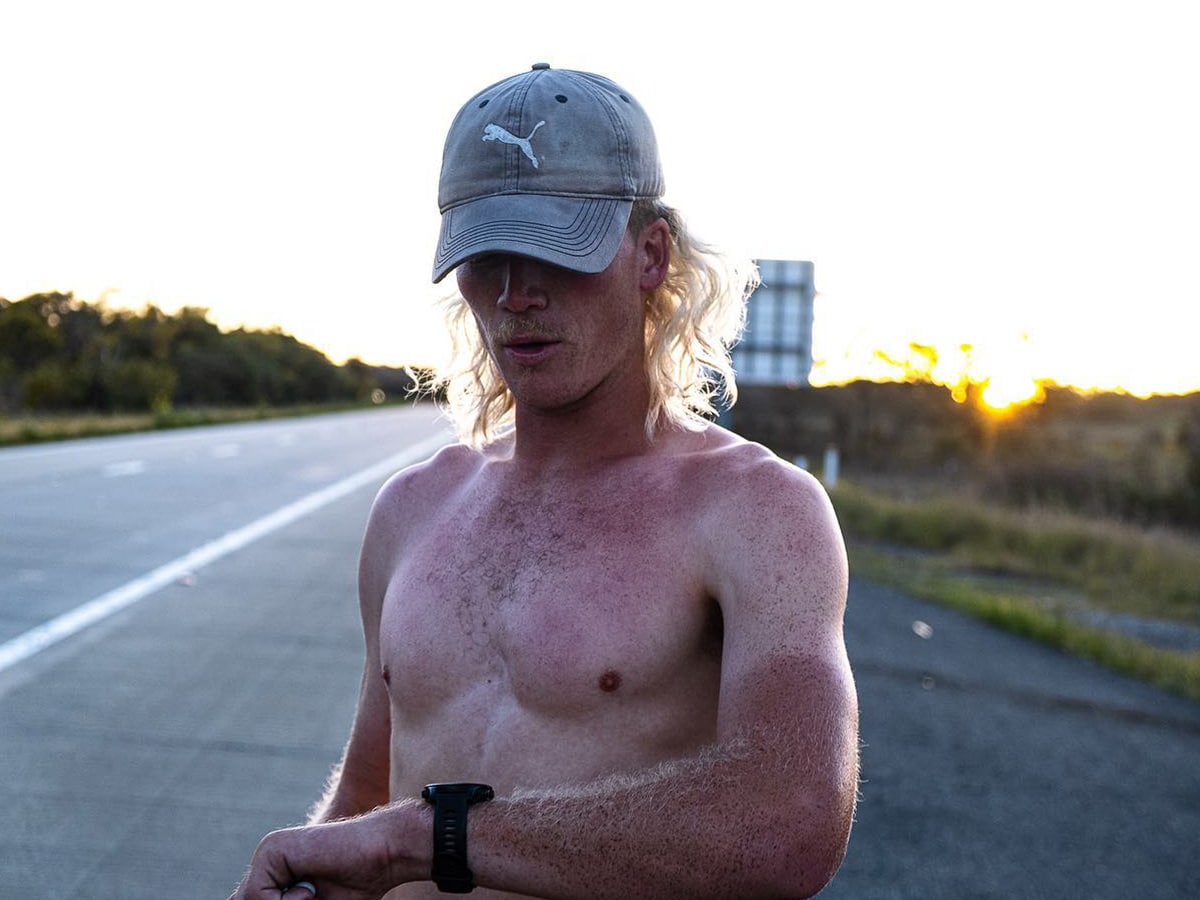