As the official watch supplier of the French Air Force and Space Program, luxury masters Bell & Ross deliver aeronautical-grade output in the truest sense of the concept. The brand’s brilliant legacy continues with the release of the new BR-X5, the brand’s first-ever COSC-certified release. Touting the signature “round within the square” design, advanced performance specs, and an avant-garde sensibility, it arrives just in time for the holiday season and makes for the perfect horological gift.

Bell & Ross’ latest release draws a direct line to the original BR 01 and joins the iconic BR 05 collection. Follow its origins back through time and you’ll end up in the cockpit of a French military jet or spaceship, where absolute precision can make the difference between life and death. The letter “X” imparts a similar theme in that it represents a symbol of secrecy and experimentation and thus drives home the watch’s military-grade underpinnings. Built for adventure perhaps, but the piece will also turn heads with its striking visual layout. 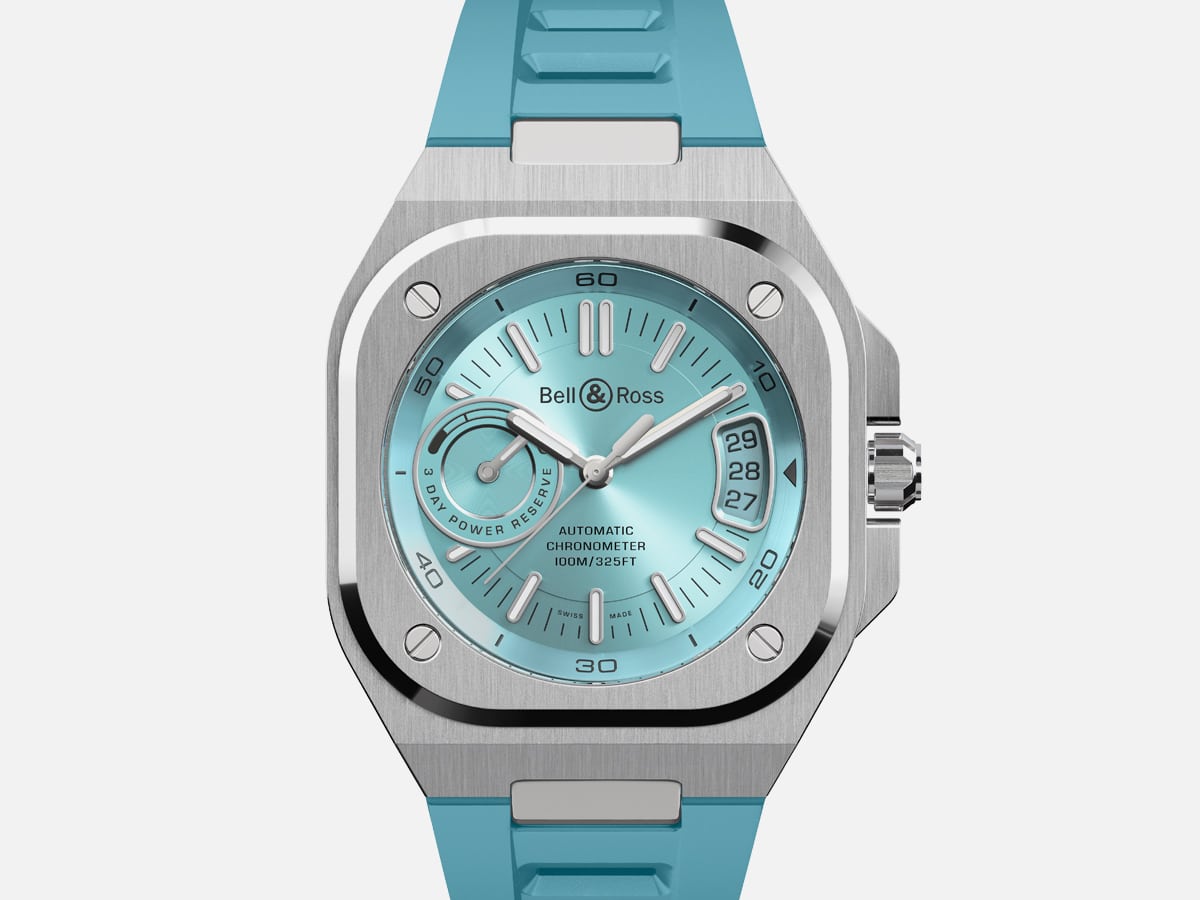 Bell & Ross was already synonymous with the utmost tier of performance and durability and yet somehow has managed to squeeze even more accuracy into the acclaimed BR 05 collection. The new BR-X5 carries the torch in stride and runs on a manufacture movement that was years in the making, aka Calibre BR-CAL.323.

Meticulously designed and fine-tuned to perfection by legendary Swiss specialist Kenissi (in compliance with Bell & Ross’ exact specifications), the movement delivers a frequency of 28,800 vibrations per hour and a power reserve of approximately 70 hours. It also features a rapid date correction device, allowing adjustment at any time without altering the piece’s operation. 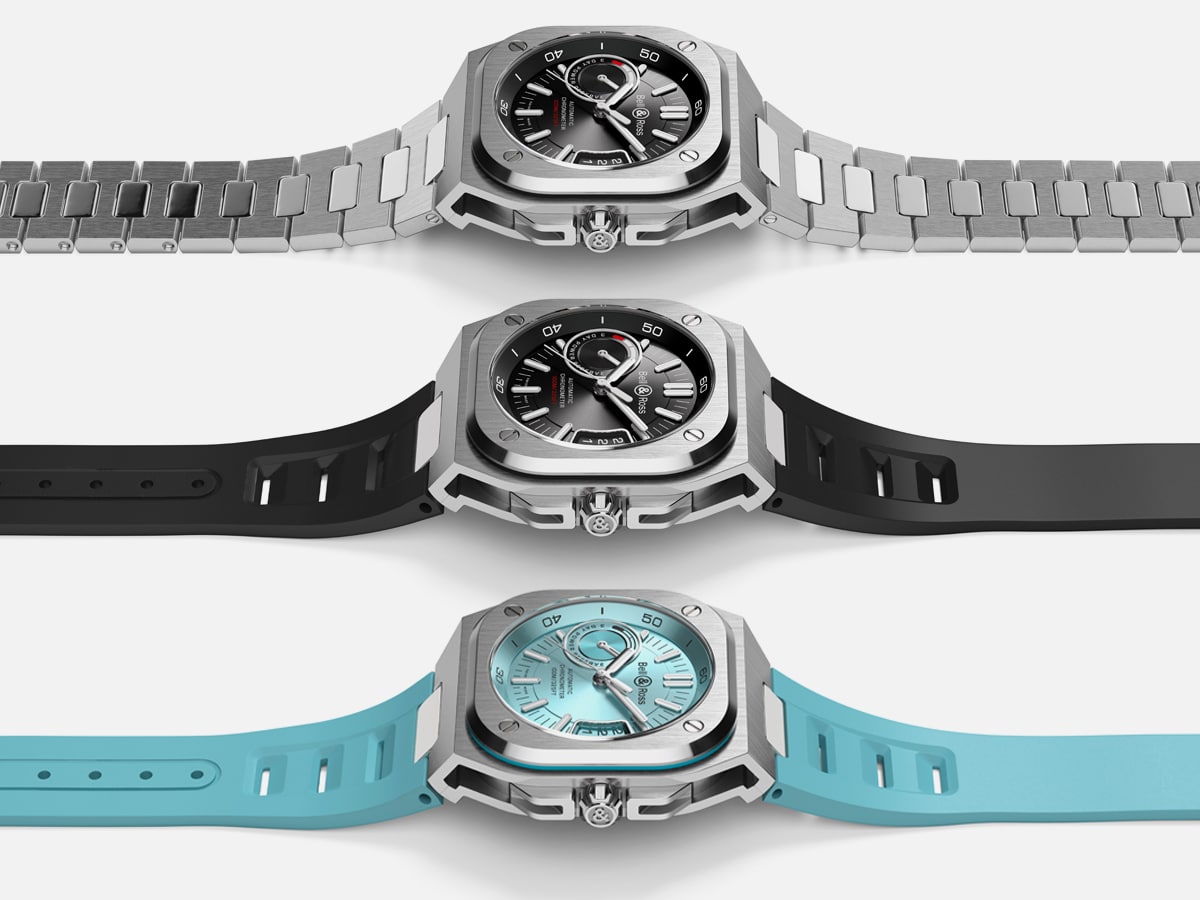 Flip the BR-X5 over and you can bear witness to its ultra-precise movement through an exhibition case back of large crystal sapphire. On thrilling display is the calibre’s personalised oscillating weight, the design of which was directly inspired by the rims of sports cars. Visually majestic, the movement is also painstakingly accurate and backed by a 5-year guarantee.

Speaking of accuracy, the BR-X5’s mechanism is Bell & Ross’ first to be COSC-certified. This certification can only be granted by The Official Swiss Chronometer Control Body and it represents a guarantee of top-tier precision and technical value. Or to quote the COSC directly, “It is the symbol of a culture of high-quality manufacturing, precision, and exacting standards.” 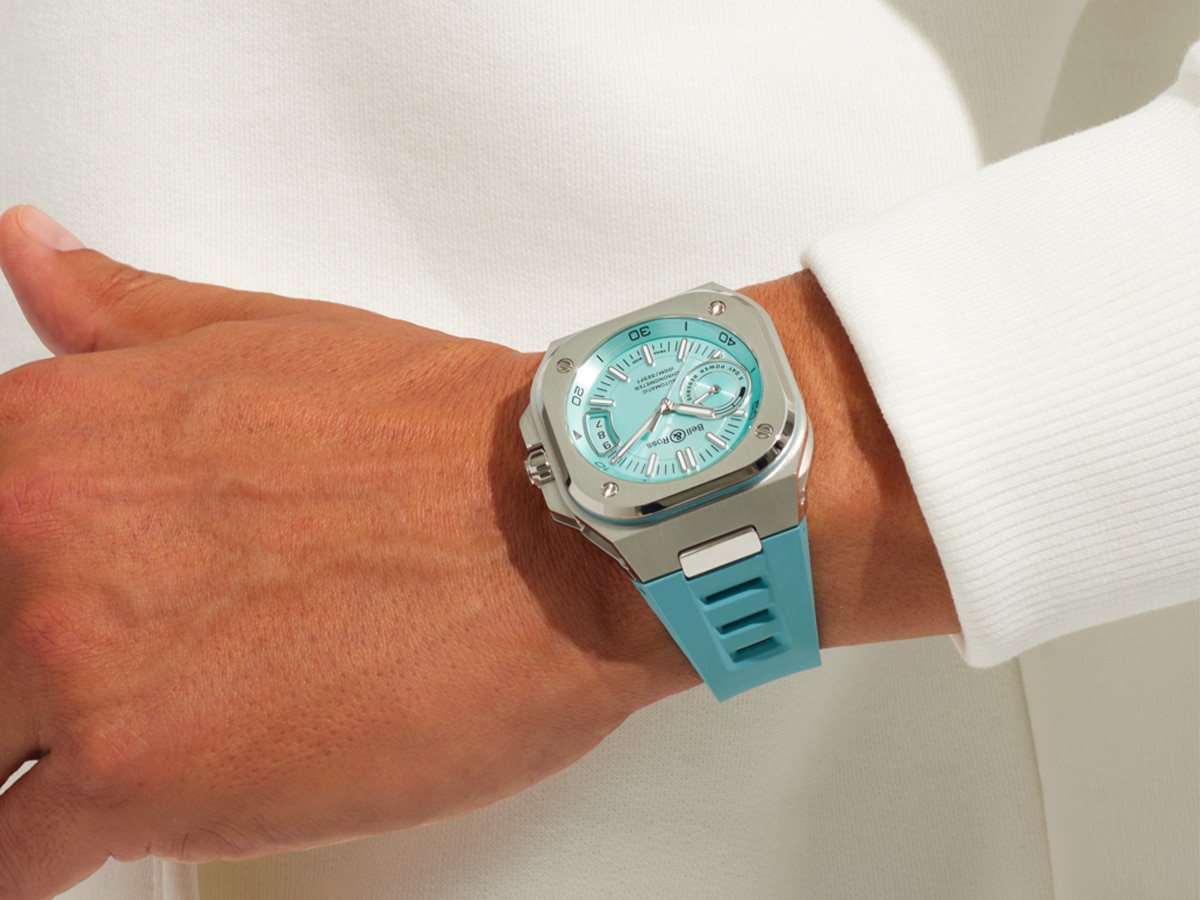 All it takes is one look at the “round within a square” design of the new BR-X5 to know that this is another Bell & Ross classic. Yet there’s so much more going on with this horological stunner than first meets the eye. Behold its unique multi-layer assembly, which only manifests itself when you view the piece from the side. That’s when the hollowed-out architecture becomes apparent, revealing a technical touch-up that favours lightness, resistance, and durability in equal measure.

The unmistakable dial layout is similarly radical by design and also optimised for this particular release, enhancing legibility by way of its long applique metal indexes and rhodium-plated perimeter. Underlying functions are boldly represented through the expansive date window and circular power reserve indicator, the latter of which comes divided into thirds. Under dark conditions, X1 Super-Luminova brings the markers to life and ensures continued readability.

Rounding out the BR-X5’s avant-garde flourishes are sophisticated details inspired by the world of aeronautics. Take the 41mm case of pure steel, for example, which features four sturdy screws and comes built around a watertight core so as to fully protect the movement within. The watch’s crown guard is likewise protective and machined from the same block as the watertight container. An integrated steel bracelet (on certain models) with articulated links drives home a uniform vibe but also delivers absolute ergonomic comfort around the wrist. 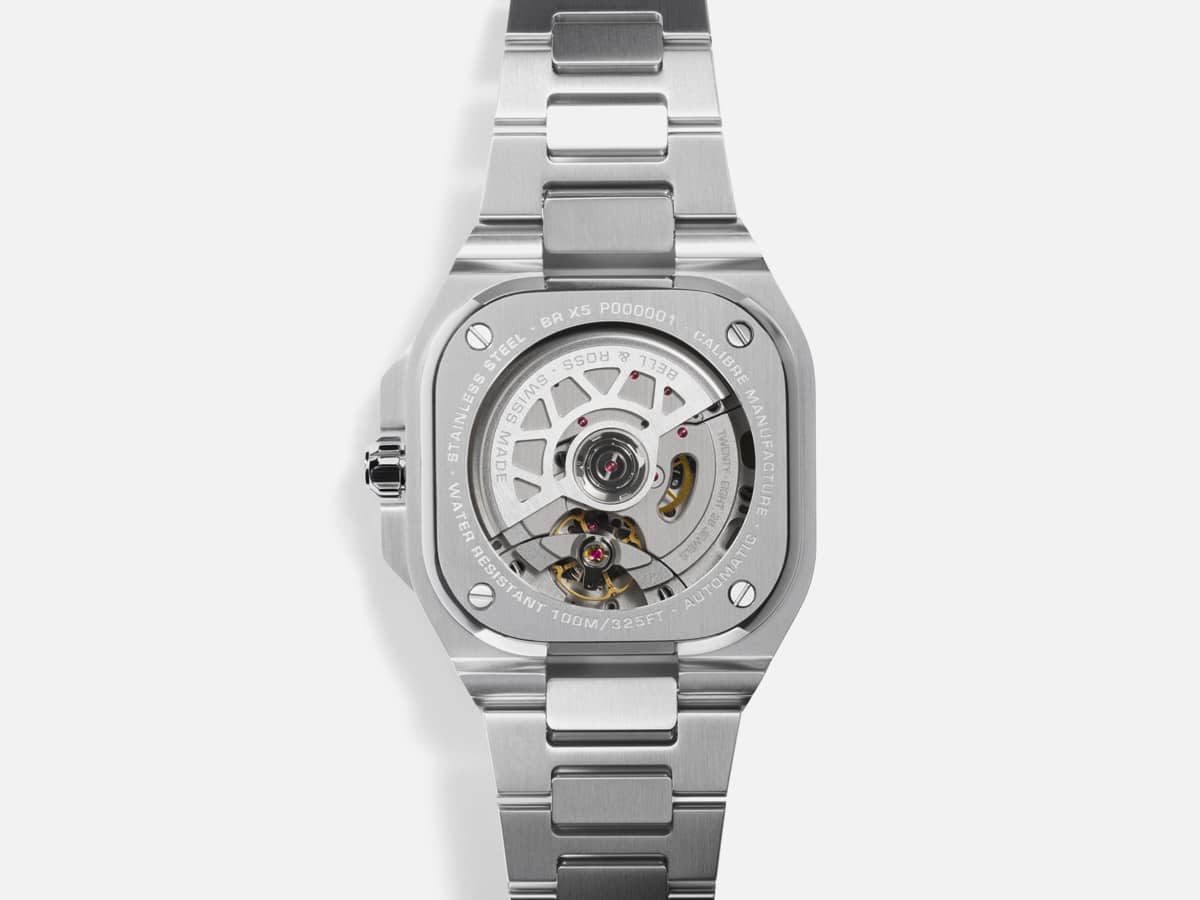 Past and Future Collide

The new BR-X5 might draw from a hard-earned heritage but it remains thoroughly forward-thinking in terms of performance and design alike. It comes available in Black Steel, Ice Blue Steel, or a special edition Carbon Orange with an orange rubber strap. ‘Tis the season to experience the levels of precision, legibility, style, and comfort that only Bell & Ross can deliver. Pick one up for your favourite watch-lover and you just might make their entire year. 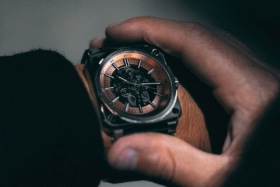 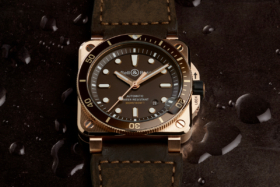