Not all Guinness World Records (GWR) are created equal. For example, Berne Barker, a 60-year-old former real estate agent, boasts the Guinness title for being the oldest performing male stripper. While we applaud Berne’s efforts, we’re not sure his name needs to be written down in the history books. However, when we found out about the largest bottle of whisky ever going up for auction, let’s just say we got more excited than the nursing home Berne’s visiting next weekend. The bottle in question, known as The Intrepid, stands 5-feet 11-inches and is filled with 311 litres of 32-year-old Macallan. This ridiculous vessel of Scotch contains the equivalent of 444 standard bottles and will be up for sale via auction house Lyon and Turnbull on May 25. 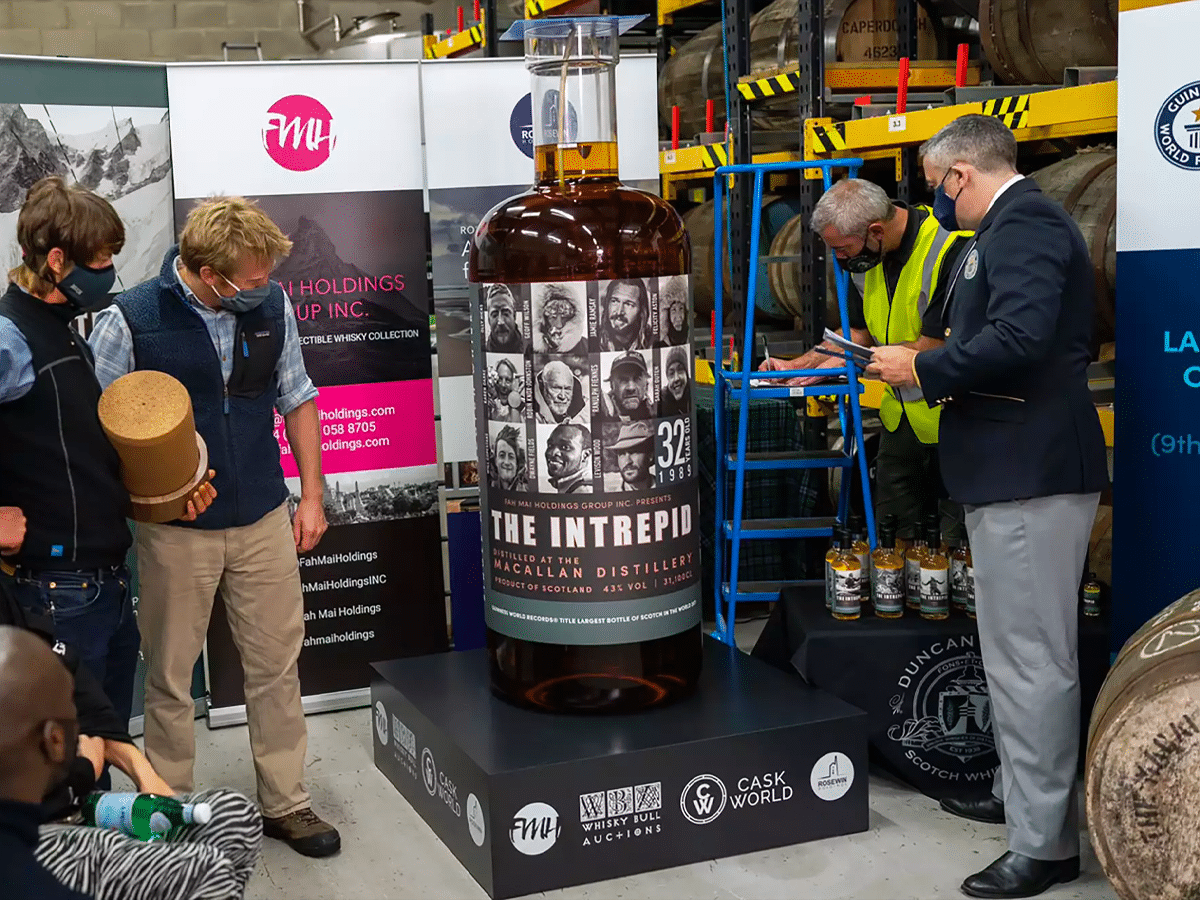 The bottle is hoping to break the world record for the most expensive bottle of whisky ever sold, which is USD$1.9 million. Officially certified by GWR, the auctioneers told WalesOnline that any amount the sale achieves above £1.3 million, 25 per cent will be donated to the Marie Curie charity.

Lead auctioneer, Colin Fraser, of Lyon & Turnbull – told the publication via Yahoo, “I’m sure there will be significant global interest in the auction of The Intrepid, a unique collection spearheaded by the record-breaking bottling standing at an incredible 5ft 11ins tall. Bidders will have the chance to buy a piece of Scotch whisky history. They will become the owners of an exclusive 32-year-old single-malt Scotch from what is widely regarded as one of the world’s best distilleries, The Macallan.” 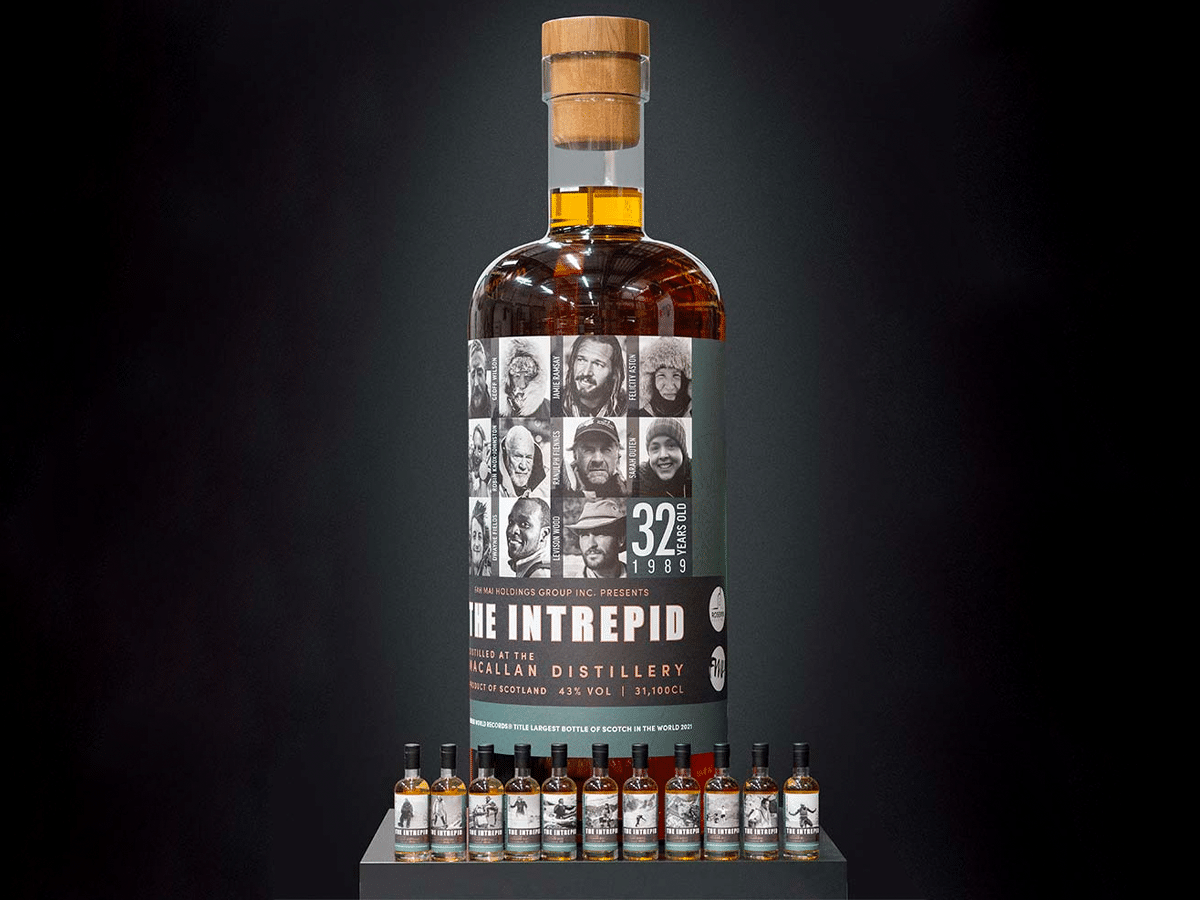 For over three decades, the whisky was matured in two sister casks in The Macallan’s Speyside warehouse. It was then bottled last year by independent whisky bottling company Duncan Taylor Scotch Whisky. The result, as described by the auction house,  is a smooth textured, and a sweet overall taste with some white pepper in the lengthy, warming finish. Finally, a suggestion of French apple tart lingers on the tongue in the aftertaste.

To celebrate this outstanding achievement, a small number of exclusive bottle sets were also produced. These include a collection of 12 bottles, each filled with the remaining 32-year-old Macallan whisky used from the same casks that were poured into the record-breaking bottle. 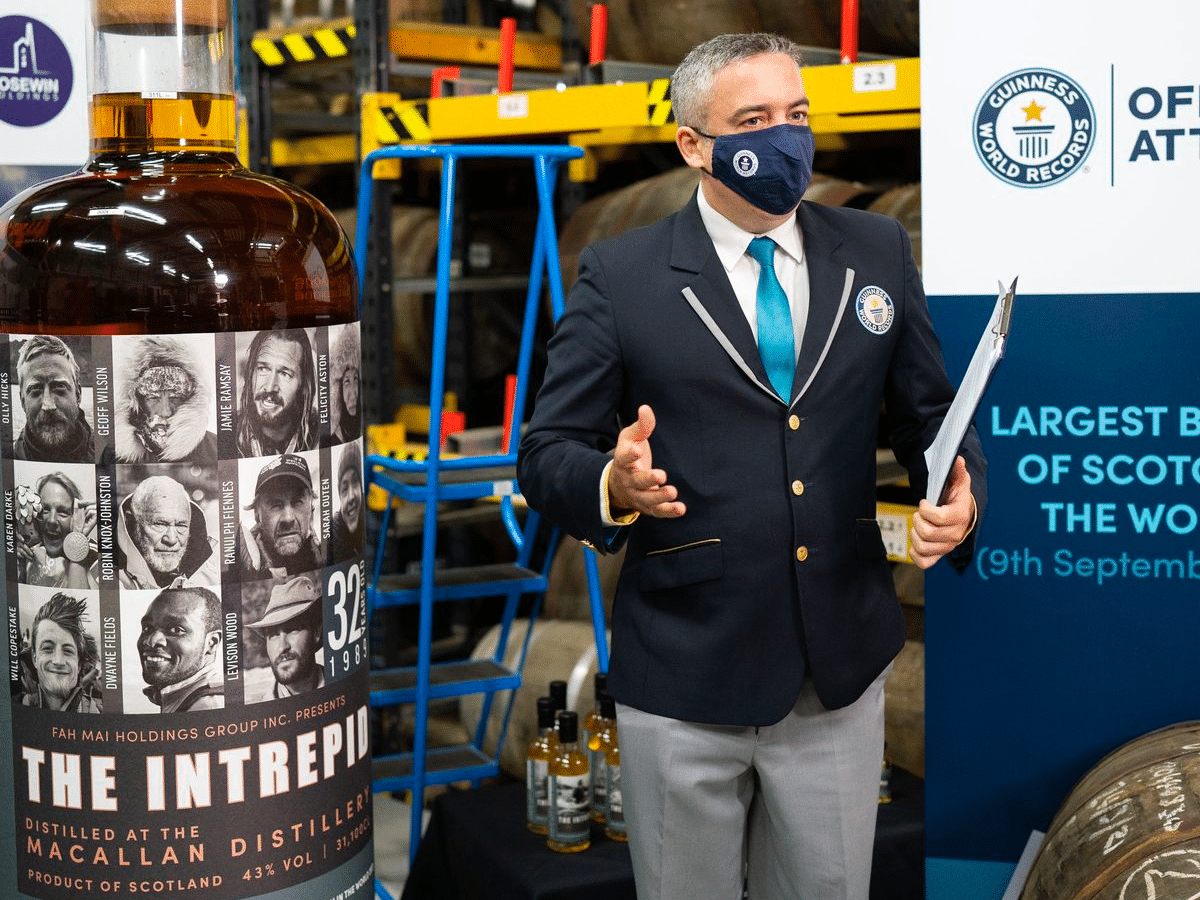