There are plenty of fun places to eat in Sydney so be sure to bypass the dull ones and go straight to the top trendy restaurants in Sydney. Whether it’s for a first date, a friend’s birthday or just to branch out from your regular dining digs, here are 20 cool restaurants in Sydney you need to try.

It is a human instinct to love great food. And it is human nature to find great pleasure in exceptional dining. But it is easy to become jaded with eating out at the same places or feasting on the same type of cuisine. When it comes to cool restaurants, Sydney has a smorgasbord of options. Be sure to try the best steak or yum cha restaurants and then check out these fun places to eat in Sydney for some added x factor. For one of the best restaurants in Sydney in an iconic locale, you can’t go past the Opera House’s Bennelong. Head Chef, Peter Gilmore takes guests on a culinary voyage through the most quintessential Australian cuisine. Opt for an a la carte menu, pre or post theatre dining experience, or simply relax at the bar. All dining options include exquisite food and and curated wine as well as picturesque views over Sydney Harbour.

When you talk about restaurant ambience, every other establishment is striving towards the buzzing atmosphere of Restaurant Hubert. The intimate booth seating, warm candle lighting, soothing music and French-themed decor combine to create a trendy restaurant in Sydney that feels completely detached from the outside world. This is exactly the sort of successful eatery one would expect from Swillhouse group (the bar boys behind the Baxter Inn, Shady Pines and Frankie’s). Add innovative chef Daniel Pepperell to the kitchen and you have a French experience incapable of disappointment.

Each letter of the divine Italian restaurant Acme represents a hospitality namesake known for being the best in the biz. Together they have created a quaint, homely bar and one of the most trendy restaurants in Sydney with the most awe-inspiring menu and mind-blowing array or liquors, beers and wines. Grilled nectarine, pistachio oil is just one component of a mouth-watering dish you will never forget. Pair it with a plum and Regal Rogue-filled Manhattan and you’ll be in culinary heaven.

You’ve probably experienced the wonder of wood-fired pizza, but at Firedoor you can experience an entire menu powered by wood fire. They use only the best produce and cook it with the coals of different woods to enhance the natural characteristics of the ingredients. It is one of the best restaurants in Sydney as the menu is created daily so you can enjoy a different delicacy on every visit.

Fred’s is designed by Merivale to feel just like home. But the seasonal menu, sustainable produce and innovative open kitchen is beyond anything you would be cooking at home. Head chef Danielle Alvarez has a philosophy of old world cooking with a changing daily menu to give your tastebuds a whirlwind experience that satisfies every palate. As far as cool places to eat in Sydney, you’d be hard-pressed topping this experience. 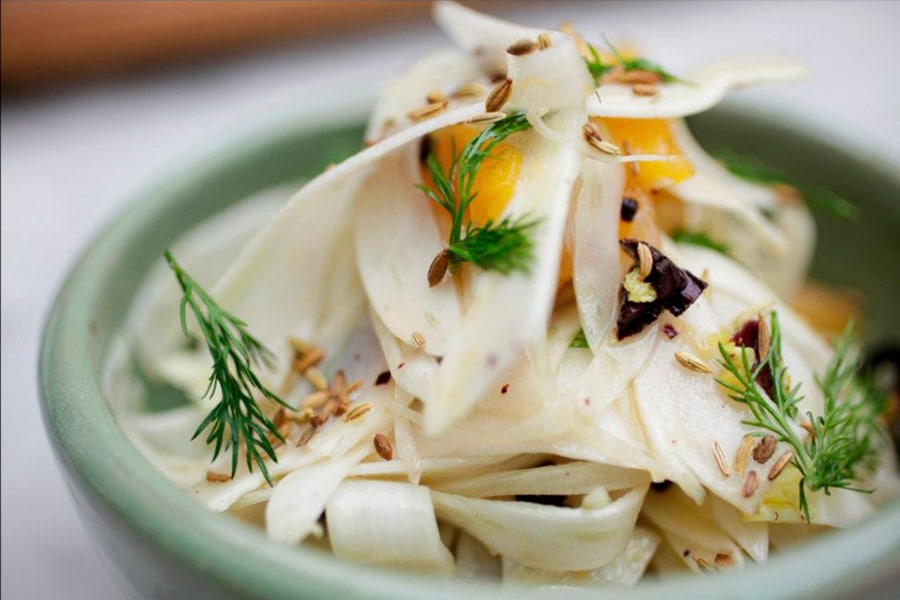 Take a trip to the lively country of Argentina without the plane ride by simply visiting this cool restaurant in Sydney. Porteno is the flavour-filled creation of chefs Ben Milgate and Elvis Abrahanowicz. Experience authentic Argentinian Parilla (barbecue) and Asado (pit of fire) with a menu designed the traditional way – for sharing. 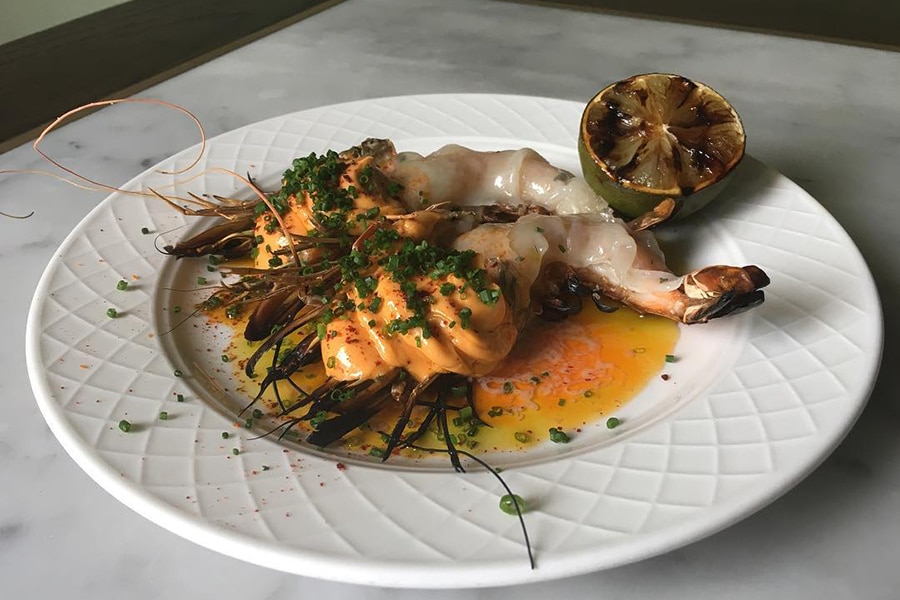 Continental Delicatessen promises to be one of the most fun places to eat in Sydney with stiff drinks, cold cuts and canned goods – but not the kind of non-perishable food items you might expect. Their fresh produce includes tinned mediterranean-inspired delicacies such as anchovies from the Bay of Biscay and French sardines to create a deli and bistro that is straight out of a European laneway. Plus you can even find their famed cocktails in tins: the Mar-tinny and Can-hatten are batched and canned onsite and offer a new way to enjoy a cocktail. 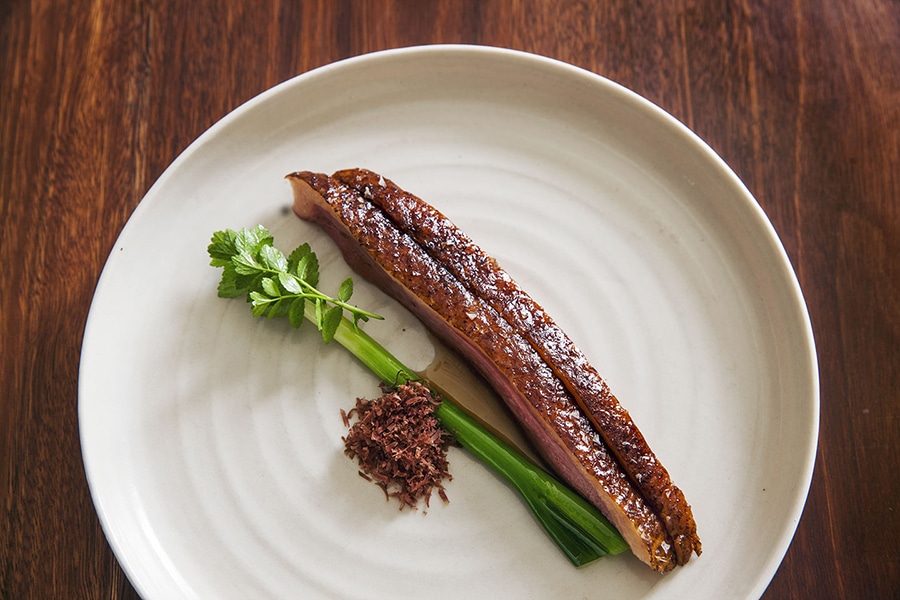 Didn’t think Stanmore was the place for a glamorous degustation celebrating contemporary Australian cuisine? Sixpenny proves cool restaurants in Sydney are scattered all over the place. Named after the sixpence restaurants that operated in the late 1800s in Australia, the little restaurant features a mouth-watering seasonal menu with locally and ethically sourced produce as well as a wine list with styles that complement the menu. 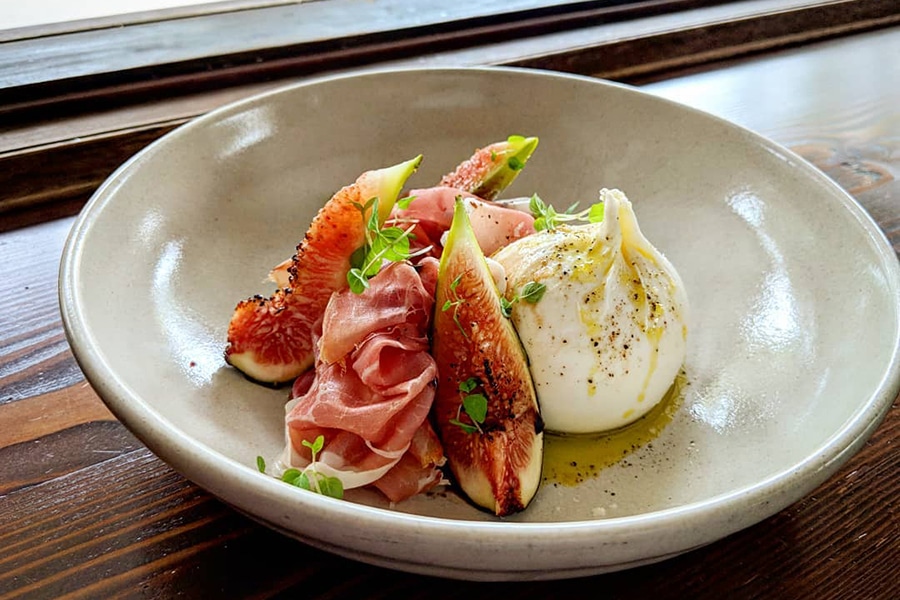 The dream of finding an Italian family whose nonna and nonno cook the most amazing traditional Italian feeds passed down from generations may seem only achievable in your sleep. But Pino’s Vino e Cucina brings this dream to life. They want you to feel completely at home in their cosy timber restaurant filled with intoxicating aromas, soft music and the friendliest staff. Did we mentions it’s one of the best restaurants in Sydney? 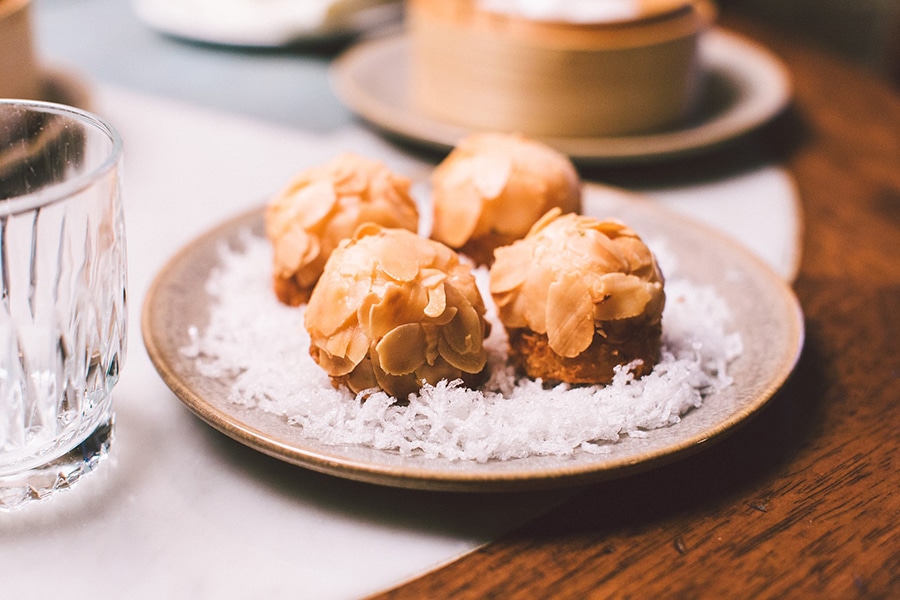 When it comes to fun restaurants, Sydney has a huge amount of options to choose from. However, it’s hard to look past Mr Wong. Think of every type of dim sum filling you could imagine, accompanied by all your favourite asian delicacies at a top notch location and you’ve got another of Merivale’s restaurants in Sydney, Mr Wong. From duck spring rolls to crispy eggplant to wok fried Hong Kong rice noodles, you can travel the around the entire region of Southern China in an evening, all with unparalleled service in an intimate jazz setting. The authentic Japanese dining experience offered by Sasaki is a recent opening and is definitely one of the cool restaurants in Sydney to put in your calendar. Owner and head chef Yu Sasaki, pays homage to his hometown of Shimane and takes inspiration from his mother’s home cooking to provide a Japanese night out like no other. 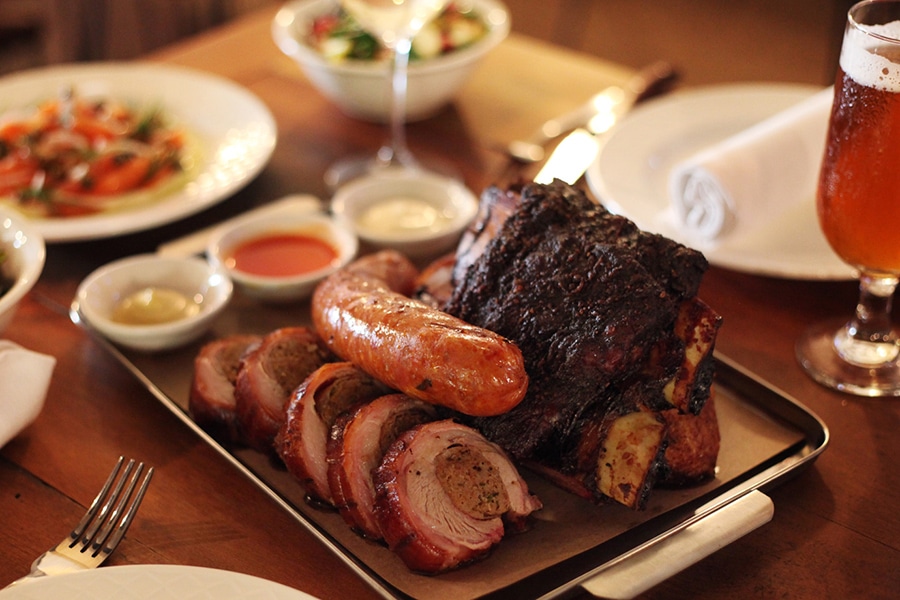 Under the experienced eye of owner/head-chef Luke Powell, the Southern Pride Smoker direct from Tennessee works magic with the highest quality meats. Smoking and curing these meats creates works of art that are waiting to dance on your tastebuds. LP’s Quality Meats is one of the top trendy restaurants in Sydney, also offering simple yet delicious share dishes as well an extensive drinks menu, tucked away in their quiet lane in the trendy suburb of Chippendale. LP’s Quality Meats is one of the most unique dining experiences Sydney has to offer.

The Italian/Spanish influenced menu at Johnny Fishbone in Darlinghurst changes weekly to give you the freshest seasonal produce. The wine, however, stays with the comprehensive and well-researched list of mostly organic and skin contact drops. The dark and moody interior creates an irresistible atmosphere that will have it sold out for weeks ahead. Be sure to book yourself a table at this fun place to eat in Sydney well in advance. 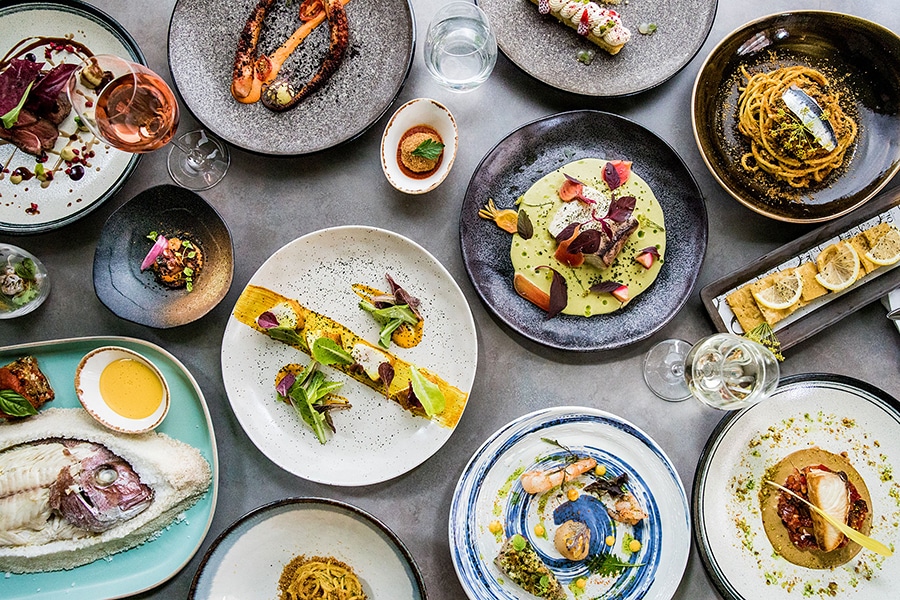 Set in the restored Old Rum Store in Chippendale, this rustic dining experience should be next on your checklist of places to eat in Sydney. Olio will bring your taste buds to life and prove to you that Sicilian is the new Italian. Every dish uses olive oil from celebrated head chef Lino Sauro’s family farm in Sicily. Combine it with seasonal seafood, wild fennel, raisins, saffron and couscous and we challenge you to visit Olio and not return for more. 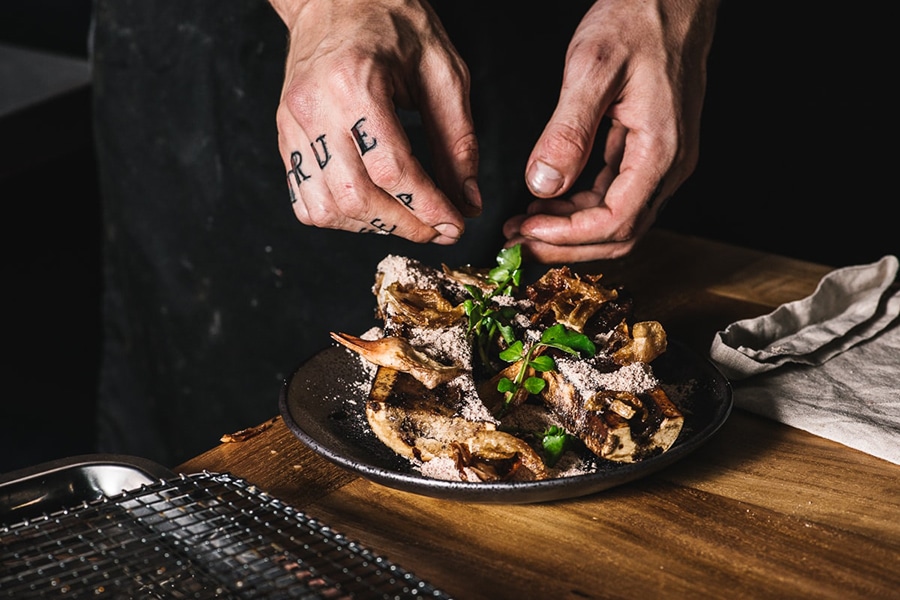 Feel like you’re dining alongside Thor and Odin in the sophisticated medieval establishment, Mjolner. The succulent rotisserie meats, signature sides and cocktails and range of over 400 whiskeys will in fact have you feeling like a god. Hide away in the underground, Scandinavian-designed restaurant in Sydney for an evening of  opulence and fine dining never to be forgotten. 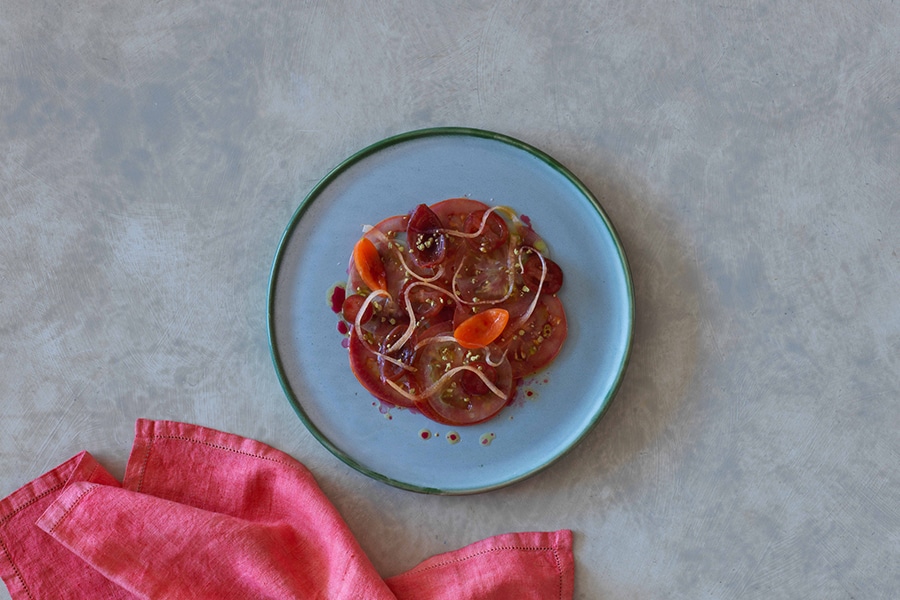 Bea is the flagship restaurant at Barangaroo House, and for good reason. With waterfront views, an exquisite Australian menu designed by Cory Campbell, fine wine, and Art Deco-inspired design, Bea promises the ultimate experience of cool restaurants in Sydney. Bea is probably the most funky restaurant Sydney has to offer. 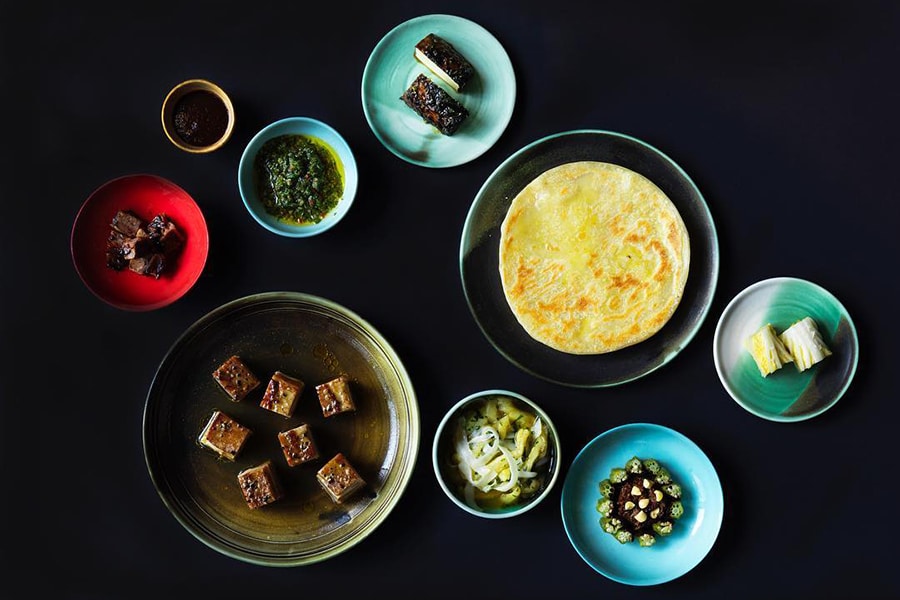 Direct from New York City (and the only restaurant outside of the Big Apple we might add) Momofuku Seiobo is a two hatted restaurant serving up diverse and seasonal Australian produce. The tasting menu changes frequently and gives you a delicious and extensive culinary experience from the inventive executive chef, Paul Carmichael. Seiobo is the Japanese goddess of the west, an appropriate namesake for the most heavenly of all the fun places to eat in Sydney. 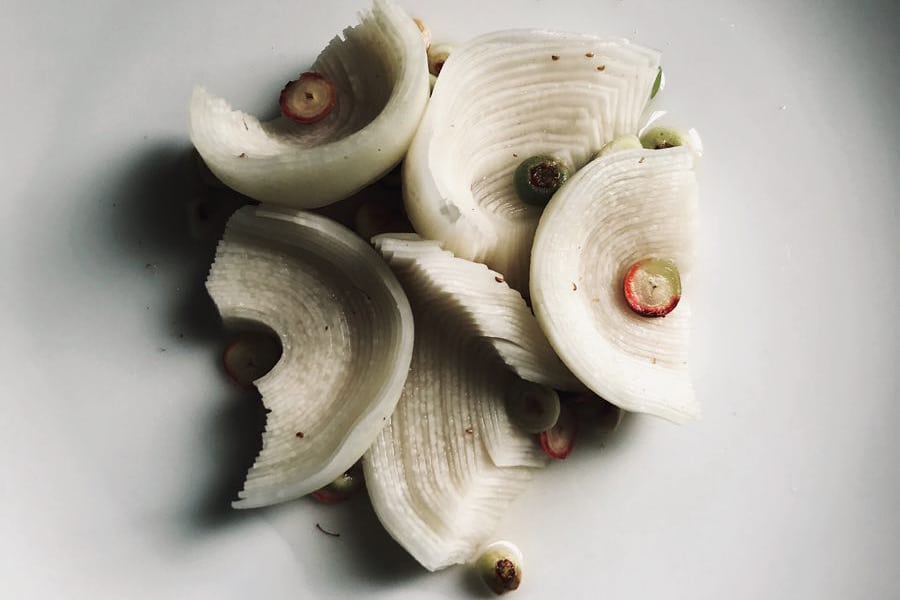 You may be thinking as we reach further down the list of cool restaurants in Sydney that by now they may be losing some pizzazz. Fear not, as Ester easily offers some of the most novel gastronomic treats Sydney has to offer. With buffalo curd pie, sugarloaf cabbage, twice cooked quail and sourdough ice cream just a few features of the menu, you really have to visit Ester to appreciate it’s uniqueness. 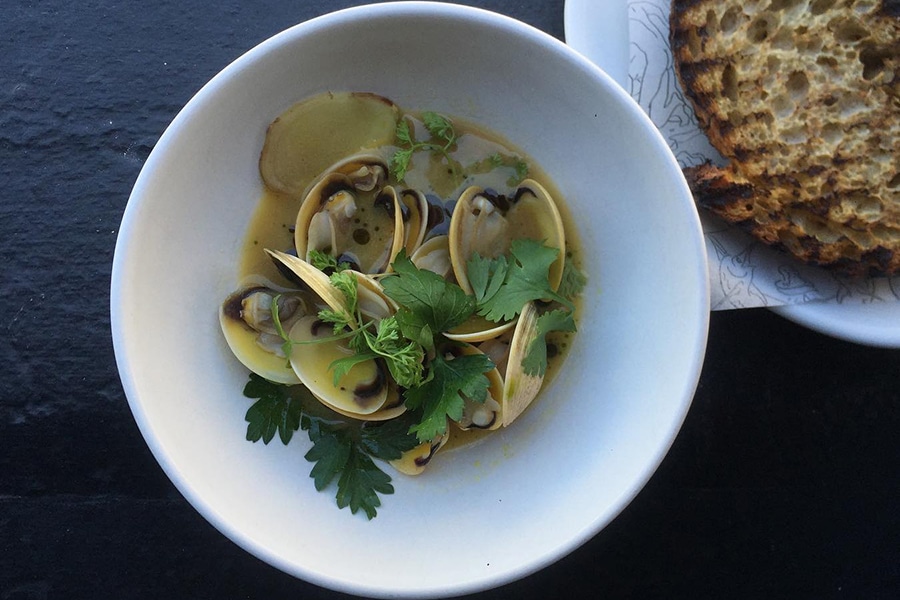 You’ll never forget the location of the Italian-inspired walk-in eatery, 1o William Street. And trust us when we say that is a very good thing. Treat all your senses with the exotic aromas wafting through the casual European decor that houses the most delectable pastas, salads and cured meats. And of course because it is one of the best rest restaurants in Sydney the meals are accompanied by a seriously extensive wine list. Hot tip: you might want to wear stretchy pants to really make the most of this Paddington hotspot. You’ve likely heard of the magnificent views of the Bondi dining staple, Icebergs. But have you heard about the hot and cold seafood platters and other specialties on the seasonally inspired menu? Have you experienced the luxury and enchantment of sitting on the balcony watching the sun set over Australia’s most iconic beach while sipping on an Aperol Spritz? If not we recommend you rectify this fatal error in judgement and head to one of the most trendy restaurants in Sydney immediately.