This Thursday 22 September is the National Day of Mourning for Her Majesty Queen Elizabeth II, marking a public holiday for the entirety of Australia. The ceremonial day off sees Australian workers free to mourn The Queen in their own way, following the official funeral, which was held in London on Monday. A rather unusual occurrence, the mid-week public holiday has businesses and the general population a little confused as to what will be open on Thursday, particularly as the event was announced rather hastily. Prime Minister Anthony Albanese only confirmed that the country would observe a day off in an interview with ABC’s Insiders earlier this month, following the passing of the Queen. Importantly, the Prime Minister confirmed that the day will include a memorial service in Canberra, which Australian mourners will be free to watch.

RELATED: What is Heardle? How to Play the Viral Music Game 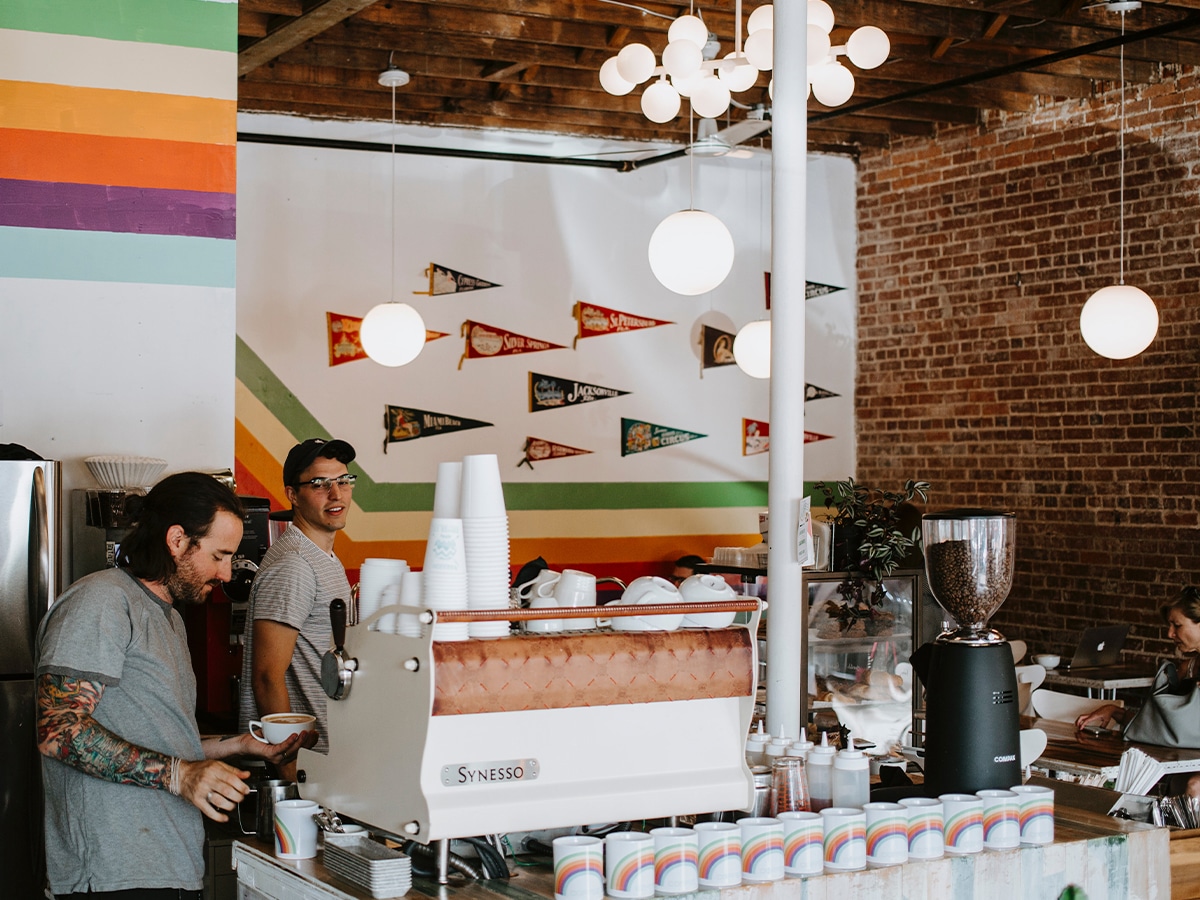 “It will be a one-off national public holiday to allow people to pay their respects for the passing of Queen Elizabeth,” Prime Minister Albanese said. “I spoke to all premiers and chief ministers yesterday and I’m writing to them formally this morning, they will have received their letters by now. They have all agreed that it’s appropriate that it be a one-off national public holiday.”

Importantly, the National Day of Mourning for Australia public holiday lands at a busy time for many workers and understandably, there are questions about what will remain open and what you can and can’t do on Thursday. 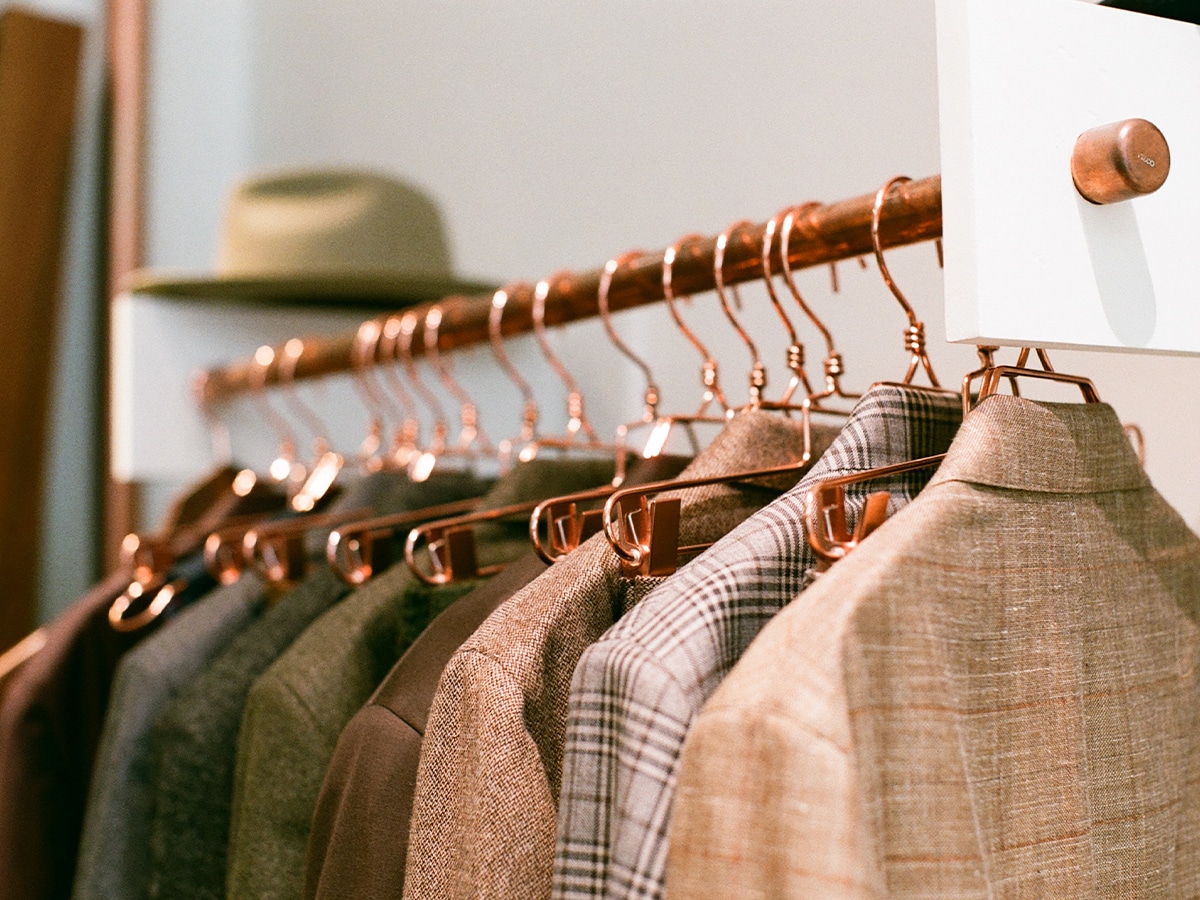 What is Open on Queen’s Mourning Public Holiday?

As the National Day of Mourning for Australia is being observed across the country, this public holiday is treated similar to the Australia Day or New Year’s Day holidays, despite the fact that it is a one-off event. As such, a vast number of retail shops and venues will be able to remain open for trade during this period, with a few minor exceptions relating to trading hours. For example, in South Australia, retailers will only be allowed to trade between 12pm and 9pm, however, for the most part, retail stores across the country will operate as usual. Here is a list of retailers and shops that will be open on Thursday 22 September:

In New South Wales, retail trade will remain almost unchanged, despite the one-off event. The majority of shops and retailers are expected to trade as they normally would on a public holiday, meaning that pubs, restaurants and cafes will not be subject to the ‘restricted trading day’ measures of the Retail Trading Act 2008 usually observed on days such as Anzac Day and Good Friday. On the retail side of the equation, Woolworths stores will be open 7am – 9pm, all Kmart stores will be open, with varying trading hours, however, all 24-hour stores will trade as normal, while shopping centres such as Westfield will run from 10am – 6pm.

While some states have put caps on elective surgery, those procedures booked for the 22nd will go ahead as normal. NSW Health Minister Brad Hazzard confirmed that people already scheduled in can expect the surgeries to continue unless otherwise contacted by the hospital concerned.

Victorians managed to snag an extra day for the weekend under the public holiday event, with the Thursday day off joining the Friday AFL Grand Final parade public holiday to create a four-day weekend. Importantly, Thursday will be a normal trading day for the state, with conditions similar to those seen in NSW. This means pubs, restaurants and cafes will operate as they would on a normal public holiday and are not subject to the ‘restricted trading day’ measures of the Retail Trading Act 2008. Similarly, grocery stores will operate on normal trading hours for the most part, along with 10am – 5pm trading for Westfield shopping centres.

In Queensland, retail and hospitality venues will follow the same format as NSW and Victoria, with no changes to general public holiday trading hours. Stores such as Woolworths, Coles and ALDI will operate on their normal hours, along with Bunnings stores.

In South Australia, the Queen’s National Day of Mourning will see some trading hours reduced. Retail hours across the state will be similar to those seen on public holidays such as Anzac Day, with the majority of retail venues allowed to trade between 12pm and 9pm. Additionally, employees in South Australia can expect to be paid penalty rates for hours worked on that day. According to recent reports, the SA government is currently working with hospitals to ensure elective surgeries will continue, however, the closure of schools and child care centres may make this task difficult and reduce hospital worker numbers.

In Western Australia, retailers and hospitality venues are free to trade as they normally would on a public holiday, however, the state government has not confirmed plans relating to elective surgeries. Grocery stores such as Woolworths 3ill run from 11am – 5pm, similar to Westfield shopping centres.

Like almost all other states, Tasmania will not be impacted by public holiday conditions, with retail and hospitality venues set to run as usual. Woolworths will open from 7am – 10pm, with all Bunnings stores will be open and will trade at normal times.

The Northern Territory will continue to run on general public holiday trading hours, with no changes to the usual operating situation. All Bunnings stores will be open and will trade at normal times., along with Woolworths, Coles and Kmart stores.

Canberra will host the national memorial service at the Great Hall of Parliament House at 11am, which will be broadcast across the country. Despite this major event, the ACT will adopt a fairly similar approach to retail trade as NSW, allowing pubs, restaurants and cafes to operate as they would on a general public holiday. Woolworths stores will open from 7am – 9pm, with other retail outlets to follow their usual hours. 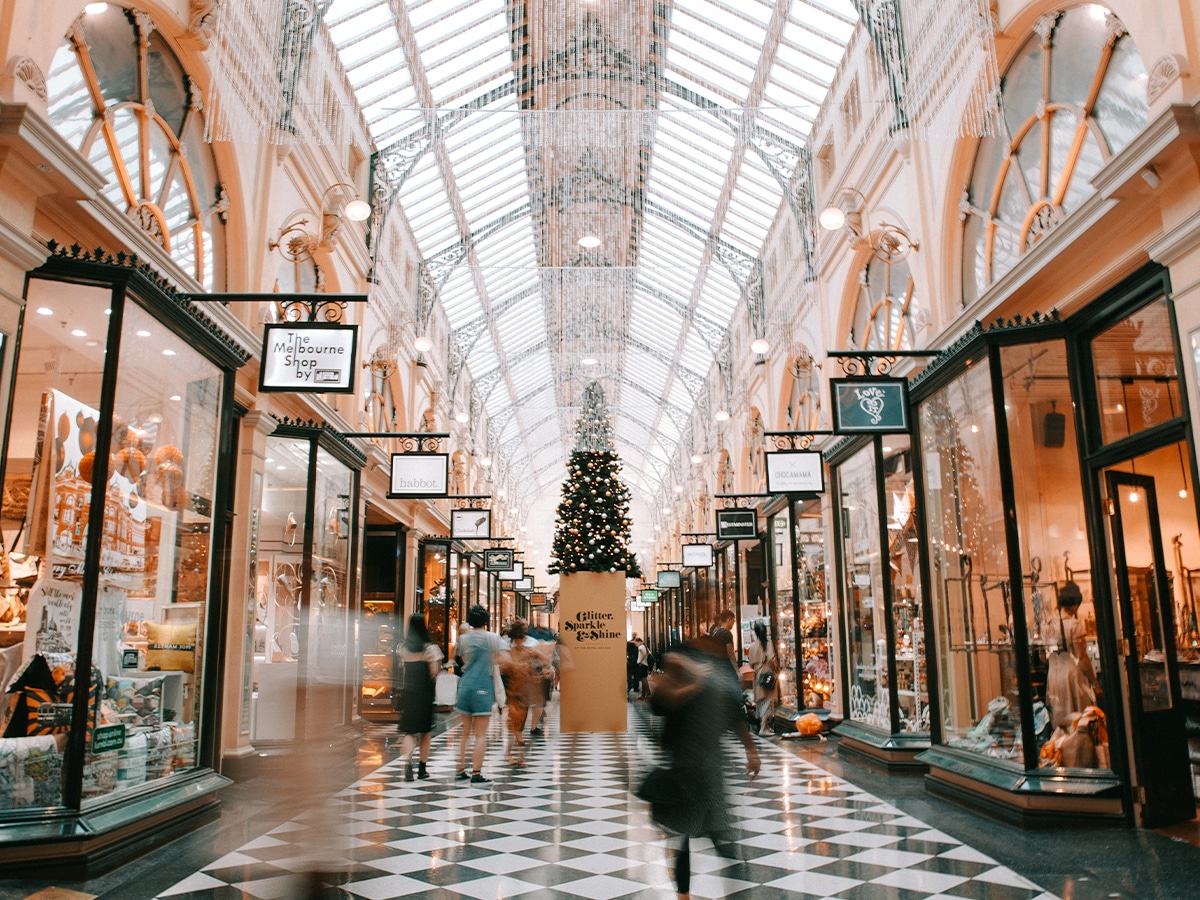 Across the country, the list of venues that will be closed on the Queen’s Mourning public holiday is fairly commonplace. For example, schools, libraries and banks will be closed on Thursday, however, elective surgeries should go ahead as planned for most states.

Schools however will shut down for the day, with schoolchildren returning to campus on Friday 23 September, before taking a two-week term break. Banks and other financial institutions will also be closed on Thursday 22 September.

In Victoria, schools will be closed, however, the public holiday falls within their already-established end-of-term break, so there will be no changes to the schedule. Additionally, banking institutions and government bodies will also close over this period, remaining shut on Friday as well.

Queensland has not yet confirmed its stance on elective surgeries as of yet, however, the list of venues that are closed remains similar to its counterparts. Schools, banks and government institutions will close on Thursday, before re-opening on Friday ahead of the weekend.

Unlike all other states and territories, South Australia will see all venues closed until at least 12pm. From that point on, pubs, bars and restaurants will be free to operate until 9pm, alongside all retail outlets. Importantly, schools and child care centres will be closed for the day, so it’s best for families to prepare arrangements early.

Schools will be closed for children in Western Australia, however, they will return on Friday before going on a two-week term break. In a unique move, however, the state is looking at a long weekend, with Monday 26 September being reserved for the Queen’s Birthday event.

Schools, banks and libraries will close on Thursday, before reopening on Friday. Like NSW and Victoria, students will return to school for one day and then set off on a two-week end-of-term break.

Schools will close on Thursday, with students set to return on Friday. Unlike other states, however, students in the Northern Territory will continue to study until the end of the month when the term officially comes to a close.

Like all other states and territories, schools will close in the ACT for one day, before returning on Friday thread of a two-week end-of-term break. Libraries will also be closed over this public holiday, along with banking institutions. 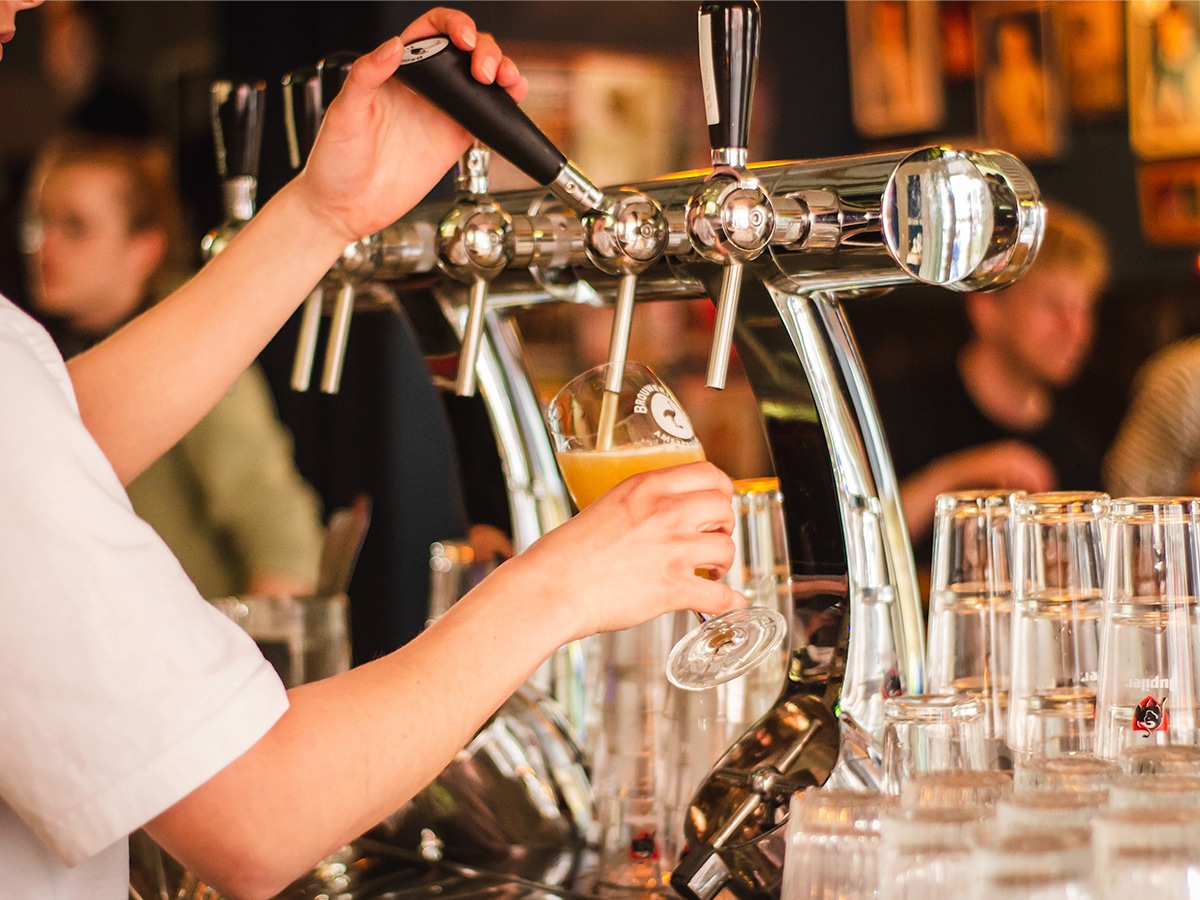 What is open for the Queen's National Day of Mourning public holiday?

The National Day of Mourning for Australia is treated similar to the Australia Day or New Years Day holidays. As such, a vast number of retail shops and venues will be able to remain open for trade during this period, with a few minor exceptions relating to trading hours. For example, in South Australia, retailers will only be allowed to trade between 12pm and 9pm, however, for the most part, retail stores across the country will operate as usual. Here is a list of retailers and shops that will be open on Thursday 22 September:

Will pubs be open on the Thursday public holiday?

Yes. Pubs, restaurants and cafes will be open on Thursday 22 September for the National Day of Mourning.