Melbourne’s nightlife scene is as formidable as just about any world city’s, but it is especially bolstered by a plethora of “hidden bars” established within it’s narrow streets and back alleys. Just the discovery of a hidden bar in Melbourne is a special moment, as it feels like you’re in on a secret only Bleak City locals know about. Below are a list of the very best hidden bars in the city of Melbourne, though it’s important you don’t tell to many people about them – otherwise they won’t really remain hidden and special. Hidden in a difficult to find back alley with a limit of 10 people at the bar at a time, Bar Americano is the textbook definition of a hidden bar in Melbourne. Great cocktails that will run over 20 bucks a drink, low light and jazz make is a memorable experience every time. 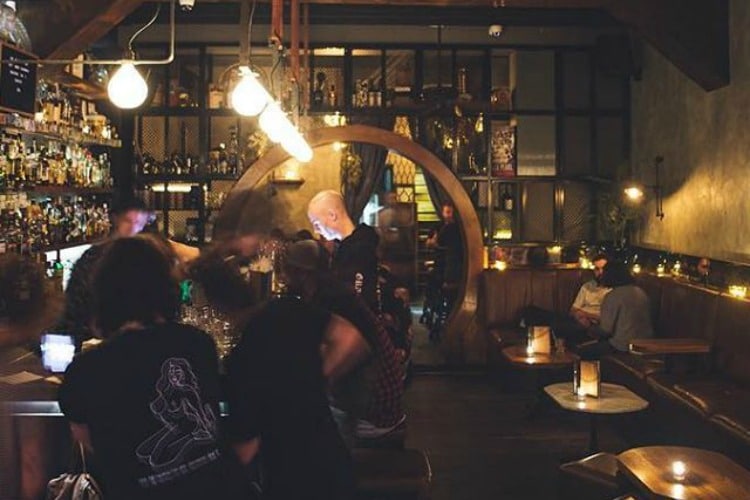 As it’s name suggests, The Attic is a hidden bar above the popular Black Pearl bar in Melbourne and is one of the best for classy décor (see leather chairs and candle light), bartenders who know what they’re doing and that it’s a welcome, sexy escape on crowded nights from the popular Fitzroy bar below.

While Back Alley Sally’s sound like something you probably never want to experience, the actual Back Alley Sally’s is exactly the opposite—a hidden bar in Melbourne that is part of a once abandoned multi-story warehouse in a bad part of town which is now a favorite Westside drinking spot. Literally a shack in the middle of Melbourne’s Chinatown, Goldilocks is a hidden bar in Melbourne that manages to hide in plain sight—though you have to know where it is first. Take a lift to the fourth floor to find the tiny cottage of a bar and then to the rooftop deck for the full experience, especially around sunset. Located downstairs from the aforementioned Goldilocks Bar in Melbourne’s Chinatown, House of Correction is one of Melbourne’s best-hidden bars that doesn’t stand out due to design, style or access. It’s just simply good and to the point, like the minimalist medical signage on the walls. 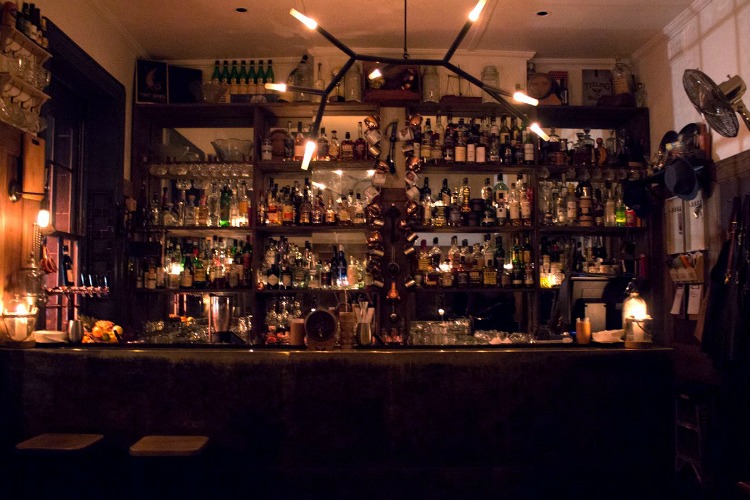 Located behind Melbourne’s odlest pub, The Captain Melville Bar, is one of Melbourne’s finest hidden bars—Loch and Key. The entrance is up a long rickety staircase and behind a bookshelf, allowing you a private, classy place to drink all night. There’s also a second floor balcony, in case you want to take in the evening. 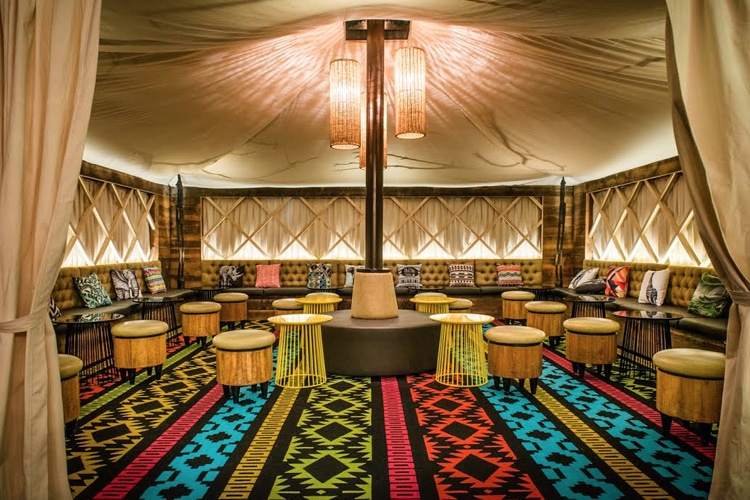 This East African Safari-inspired cocktail bar is located in the heart of the city, is small and hard to access, and therefore lands it on the list of best hidden bars in Melbourne. But beyond the Safari tent décor, the cocktails are as good as they come. 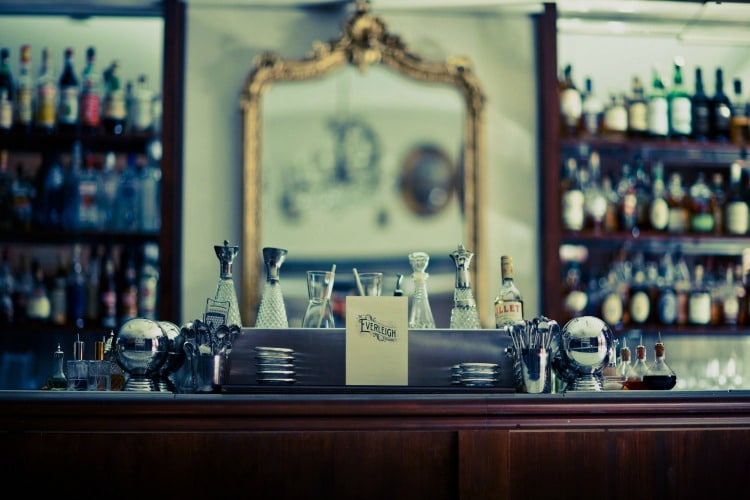 Just right of a hot chicken joint in Fitzroy and up a staircase is one of the classier bars in all of the city. Which makes you realize The Everleigh is one of the best hidden bars in Melbourne the moment you enter. The service is as good as it gets, the bartenders are Roaring 20s caliber and the low light creates a mood from a time almost forgotten. 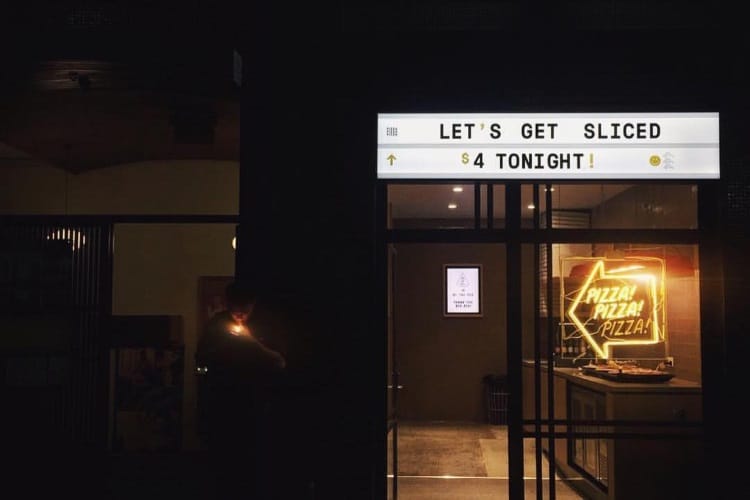 New York style pizza is tough to come by in Melbourne in general, but if you ask to see the special menu while inside, you may gain access to their hidden bar behind the curtains, that serves a full array of cocktails and retro music and style. Pizza and cocktails make this one of the best hidden bar experiences in the city. 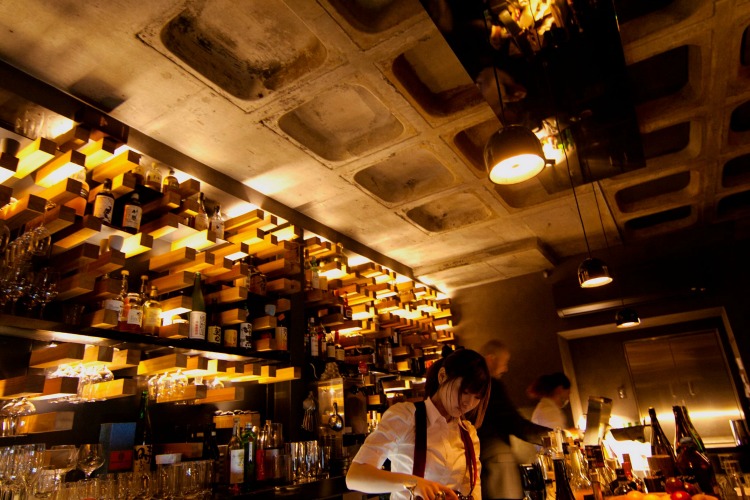 With a difficult to find entrance and a small front room bar that has tiny tables and a spectacular view over Treasury Gardens, Hihou is a Japanese bar that is undeniably one of the best hidden bars in Melbourne. Be prepared to take off your shoes if you plan on dining at the restaurant in the back. 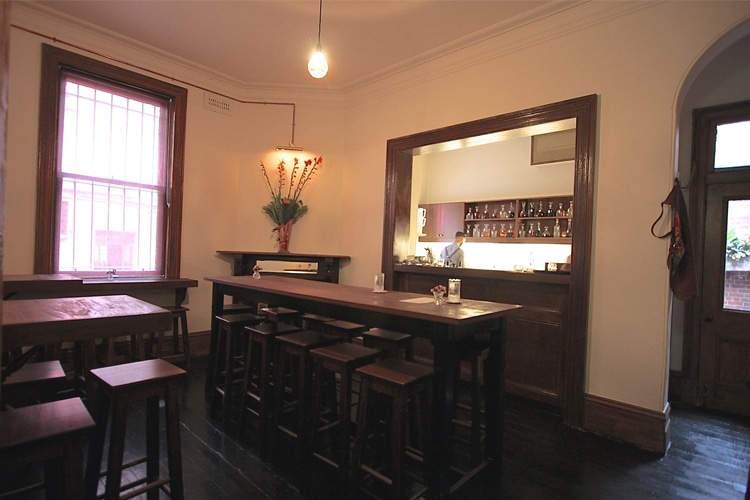 With both comfort and class in spades, Romeo Lane is a hidden bar in Melbourne you’ll fall in love with the first time you experience it—and maybe always return to. Their bartender never back down from a cocktail challenge either, because they almost always win. 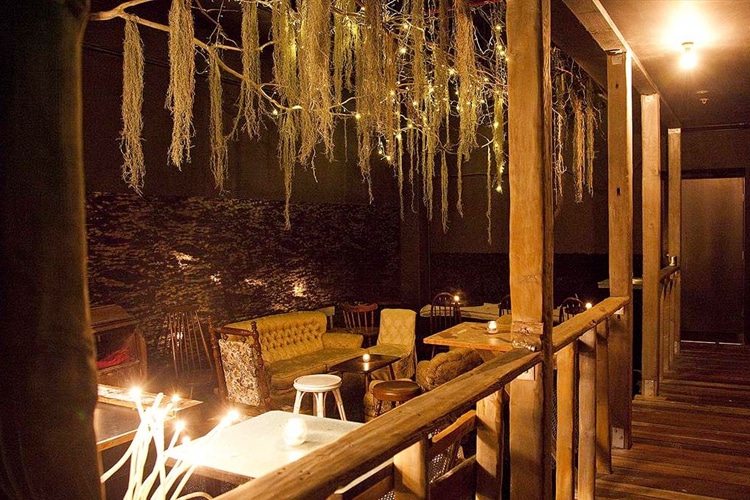 The swamp room actually is a bar that connects two other bars, Ampere and the Gin Palace. Passing through it is an experience unto itself, making it one of the best hidden bars in all of Melbourne. Just have some absinthe at the Gothic styled Ampere at some point as well. 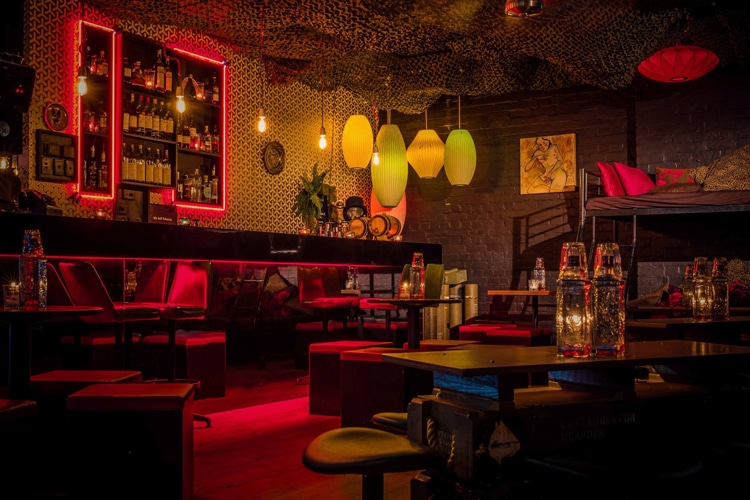 Located down a narrow alley, the Berlin Bar is an excellent hidden Melbourne bar that flaunts it’s theme to perfection—the east meets west Berlin, both before and after the Cold War. 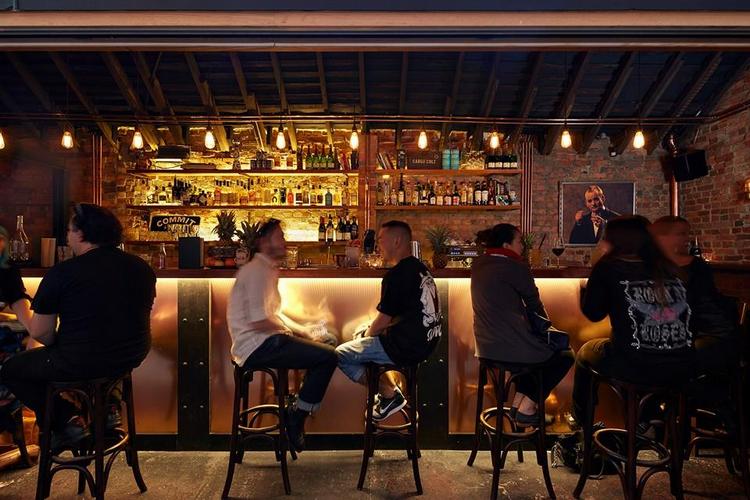 Located in winding Chinatown streets, the Croft Institute is themed like a science laboratory and makes some of the most incredible alcoholic concoctions, thereby leading us to conclude it’s one of the best hidden bars in Melbourne. 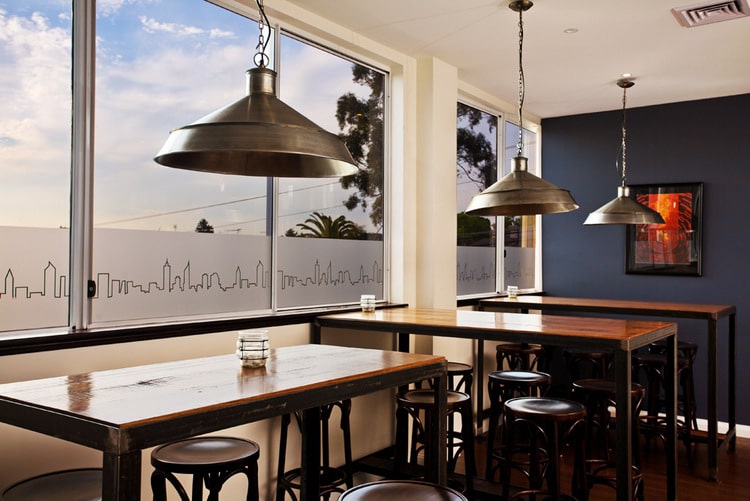 Located in a random suburban office building in Camberwell, East of Everything takes the notion of a hidden bar in Melbourne to a new level, as it’s almost impossible to know a bar is there unless you look for the kegs in the hallway. With a house party feel inside, it’s a welcome discovery for all.

A Chinatown bar built out of an old, abandoned boat shed, Union Electric Bar is one of the best hidden bars in Melbourne because it looks like it was set up in a hurry. But once you taste the cocktails and the pan-Asian food, you’ll recognize it’s one of the best places for a night out. 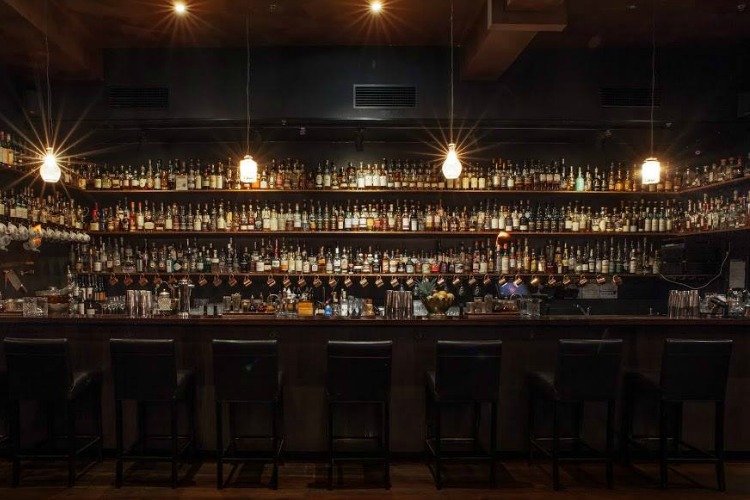 Being hidden behind a signage free door that looks like a service entrance in an alley, lands Eau de Vie on this list with little effort. But the great cocktails, music and décor downstairs make it arguably the best in town—plus there’s another hidden bar within the bar itself, behind a bookcase. Now that’s meta. 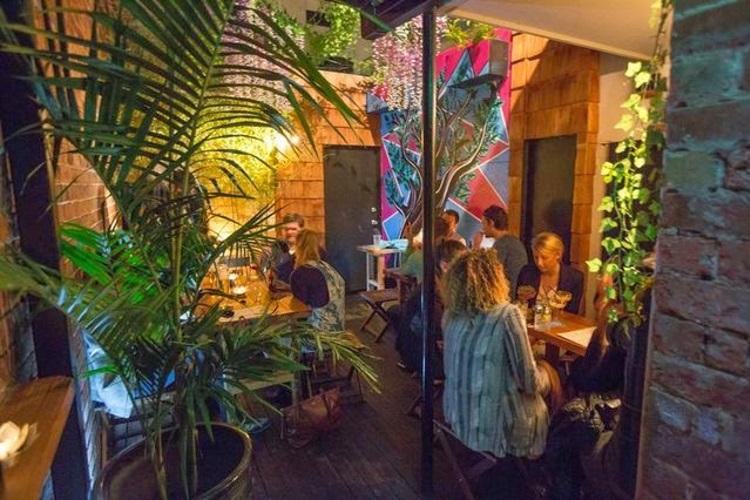 A secret tiki bar hidden behind a sub sandwich shop’s large refrigerator door seems too absurd to be a real hidden bar—but that’s exactly what Jungle Boy is. Tucked into a leafy courtyard behind Boston Sub’s, this is not only one of the best hidden cocktail bars in Melbourne because of it’s outrageous entrance, but also because of it’s excellent rum cocktails.