Collaborations can often be frustrating. Not necessarily because of the results of the partnership being less than what you had hoped for, but because you can’t get one for yourself. They are too often done in limited quantities, which means that unless you have an in, you’ll be left out of the opportunity. That’s why, at least in part, so many people were excited to hear about the Supreme and Nike collaboration on the new Air Force 1 Low. Along with the announcement of the shoe, Supreme also shared that the sneaker would be restocked on a regular basis throughout the seasons. That’s good news considering that even before the shoe’s March 5 release, StockX was reporting 399 sales of the white colourway and 85 of the black. 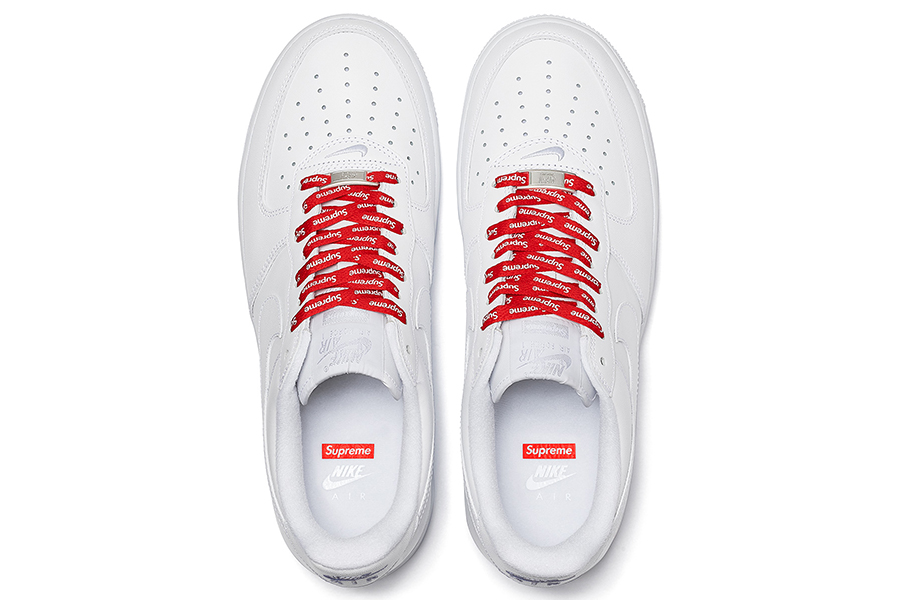 The AF1 Lows don’t venture too far away from their traditional design. The biggest change is the addition of Supreme’s box logo on the heel. The shoes are offered either in all white or all black and come in full-grain leather. The insole sports co-branding, as does the tongue the metal deubre. The shoes come with matching laces but you can also pick up optional 3M laces that are co-branded with an all-over print. The shoes are a homage an NYC classic and are priced at $96. This isn’t the first time that Supreme has partnered with Nike on shoes. The Air Force 1 is a favourite for the company, and other projects have been released that have been snatched up quickly on the open market. If you’re interested in these shoes, you may want to hurry and get a pair. That being said, there will be future restocks of the shoes, but why put things to chance? And besides, who wants to wait around hoping for the restock? Act now and don’t miss out. 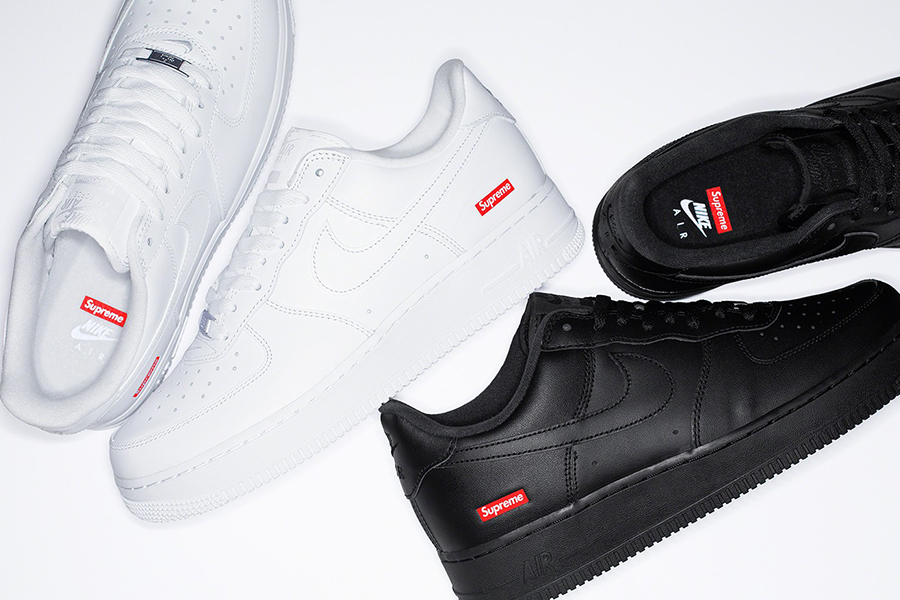