Pubs are a favoured drinking locale amongst Aussies for a reason: the relaxed atmosphere, great selection of beer, delicious pub grub and range of seating options. It all offers an unparalleled afternoon of evening with your mates. You’ve already been acquainted with Melbourne’s best hidden bars and steak restaurants, but sometimes you just crave that chilled pub feel that combines all of your favourites things in the one.

Melbourne has a huge array of pubs on every corner to attract Melbournians from all walks. But for a particularly memorable experience, we’ve collated the best pubs Melbourne has to offer in one list. From live music venues to classic historic public houses to contemporary watering holes – this list has your weeknight and weekend shenanigans covered for at least the next four seasons. 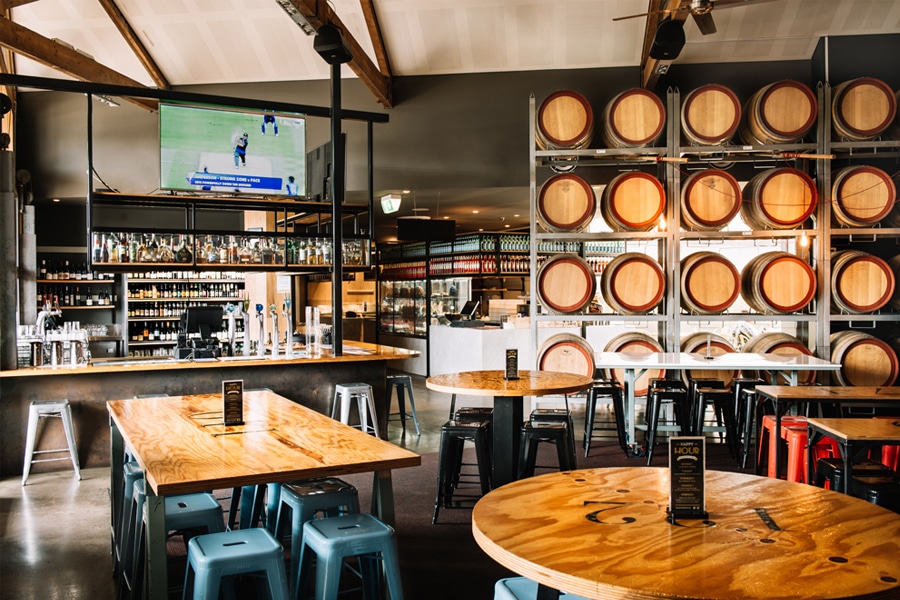 This Bayside local has been welcoming customers since the 1800’s and is now a comprehensive venue perfect for anything from casual drinks to family dinners to celebration parties. Grosvenor Hotel is known for its premium cuts of the best pub steak in Melbourne, available at the Bistro, drive-thru burger bar and Grosvenor Grocery. 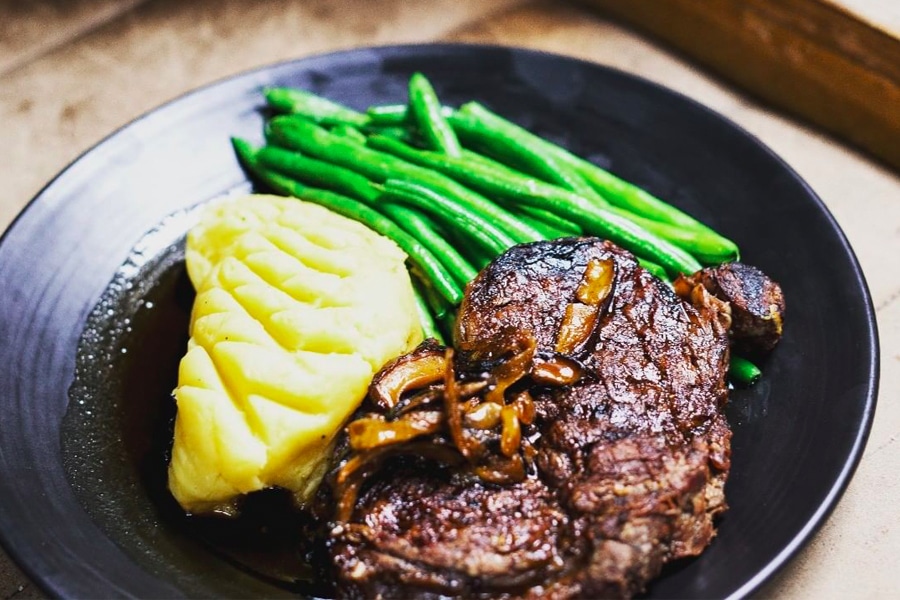 The Woodlands Hotel has firmly established itself as one of the must-do eating and dining experiences in Melbourne’s Northern suburbs. Every time you visit the Woodies you can experience something new – whether it be the new tap craft beer in their rustic front bar, the best pub food in Melbourne in their outdoor garden or a live show featuring glitter feathers and high heels.

If you hadn’t guessed from the title, The Drunken Poet is one of the best pubs in Melbourne and was even voted into the 10 best Irish pubs in the world (outside Ireland) by the Irish Times. It’s cozy, friendly and has one of the finest selections of Irish whiskey in Australia.

Affectionately referred to by locals as the Beer Geekery, The Alehouse Project showcases all that is great about craft beers. With 12 continuously rotating taps of microbrewery beers and ciders, as well as boutique spirits and wines and delicious burgers and share plates – what’s not to love about one of the best pubs in Melbourne? 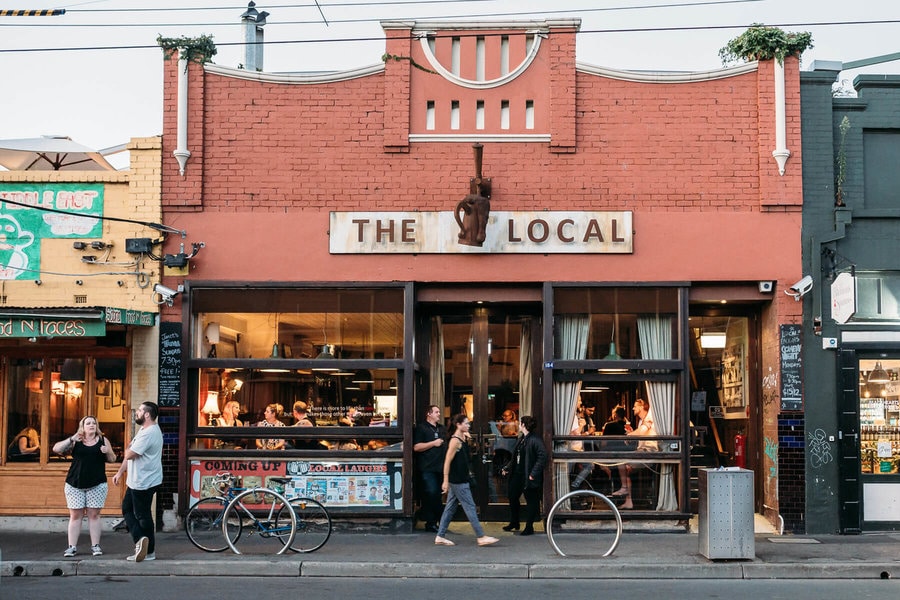 This multi award-winning tavern is one of the best pubs in Melbourne on account of its mouthwatering menu, European-inspired decor and huge range of craft beers. The Local Taphouse taps more than 400 different beers every year, meaning you can sample a different drop on every visit. Whether you come here for a drink, the best pub meals in Melbourne or some absolutely killer live punk and rock music – you won’t be disappointed. The Tote Hotel has $10 burgers (not that’s not only at happy hour) and did we mention they’re renowned for hosting some of Australia’s top punk, rock and metal bands? 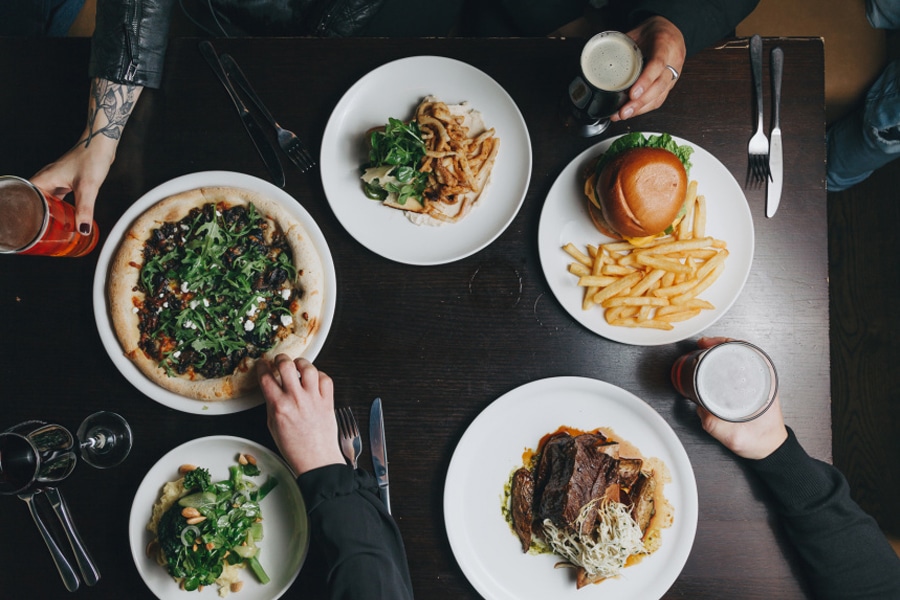 Foresters Pub and Dining invites you to enjoy the best pub food in Melbourne as well as the very top craft beer and late night fun. They have great steaks, pizzas and pub classic, booth seating, an upstairs rock and roll bar and 40 craft beer taps. 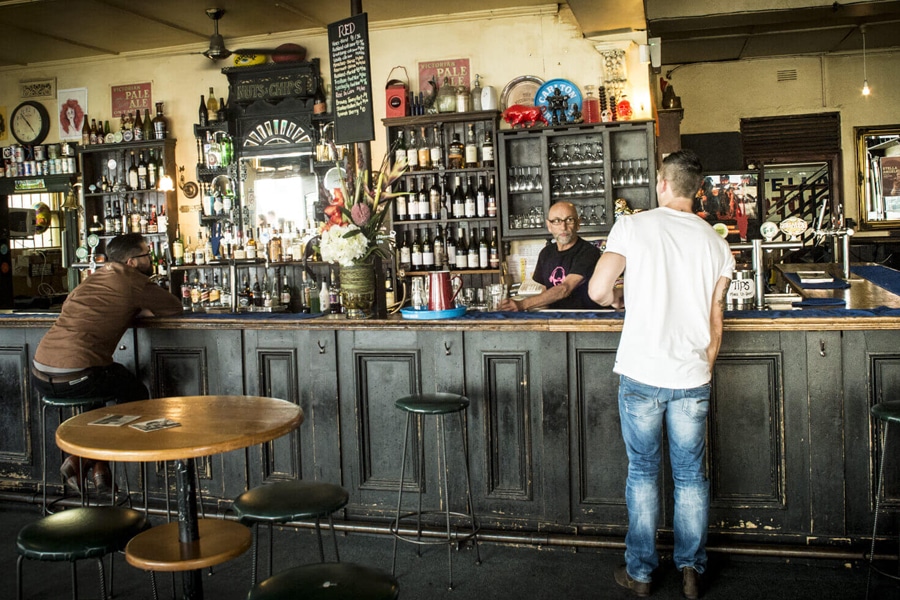 This Fitzroy institution is the perfect place for anything from a wind-down after-work bevvy to Saturday celebratory drinks. The Labour in Vain stocks the finest draught beers, wine and spirits and also boasts of a sunny beer deck, pop up BBQ’s with the best pub lunch in Melbourne and regular free live music. 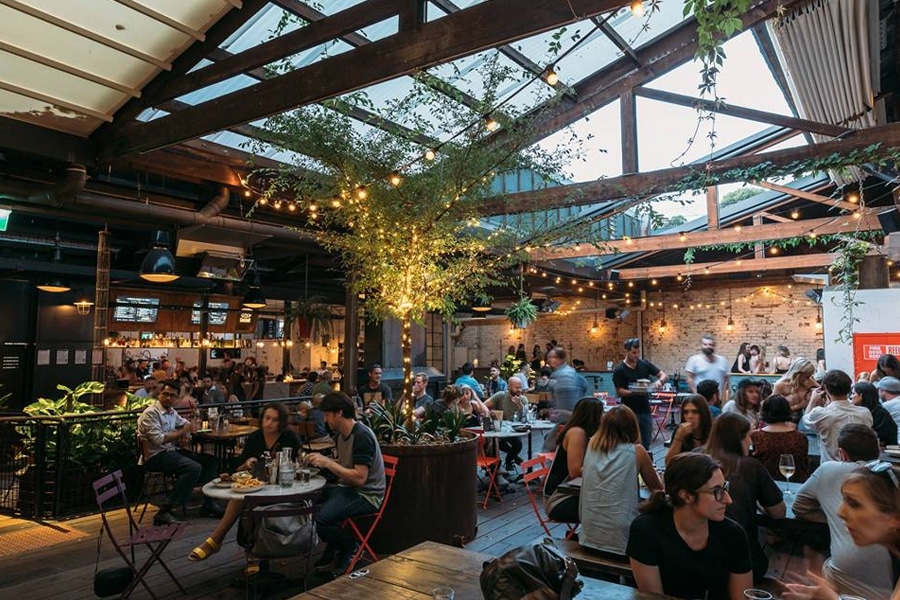 Expect this European-inspired brewery and beer hall to be exactly as the name suggests – your new stomping ground and pick for the best pub in Melbourne. Stomping Ground pays homage to Collingwood’s history as the epicentre of Australian brewing. They bring it back with the very best local indie beer, a giant 30 tap bar, cubby house and an unparalleled community feel. 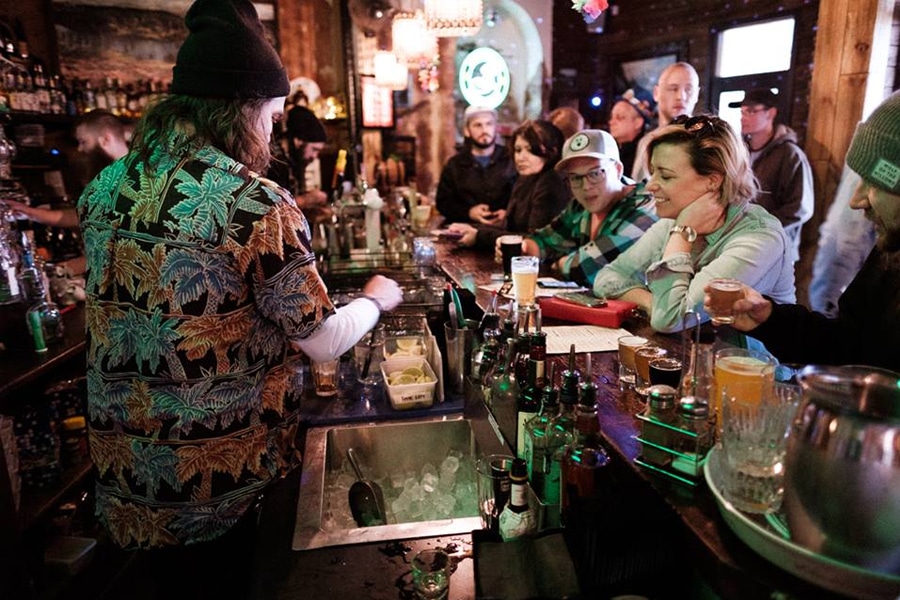 Whether you visit Leonard’s House of Love for their renowned Cheeseburger Tuesday, their 7 new burgers every week (easily the best pub meals in Melbourne) or their $12 house lager jugs, you won’t be disappointed with this South Yarra staple. 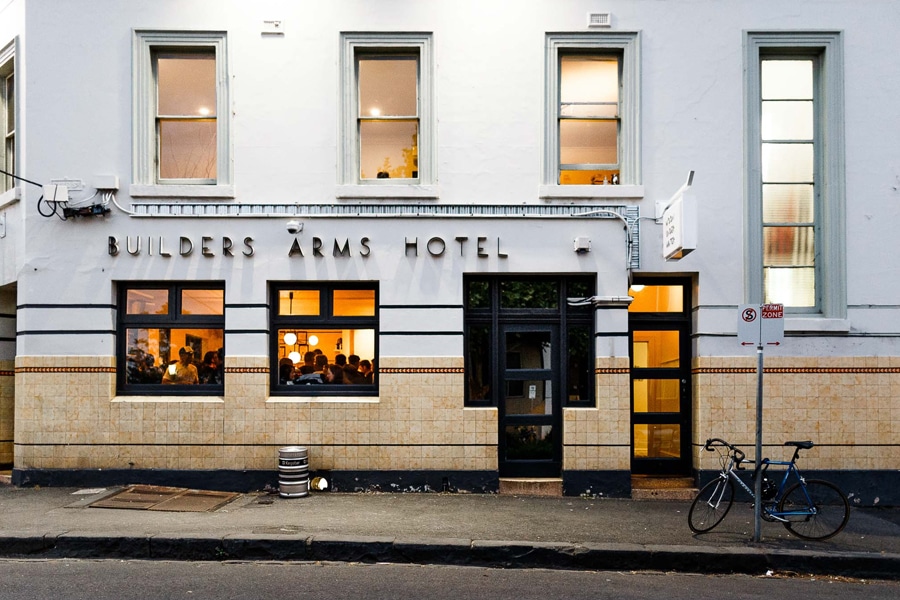 The Builders Arms Hotel is an ambient landmark pub with a bistro, public bar, private dining room and courtyard. The charming outdoor garden is perfect for Summer days while the crackling wood-fired rotisserie is ideal for Winter evenings, meaning you can enjoy the best pub food in Melbourne all year round. 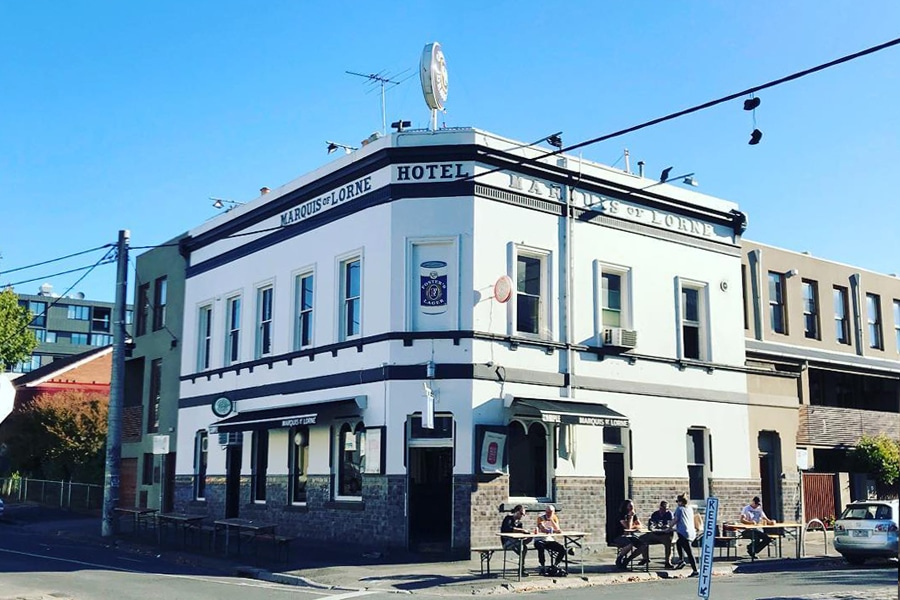 Marquis could refer to a hereditary title of nobility, a town in Grenada or village in Saskatchewan or a 1989 film – but in this case, the Marquis of Lorne refers to a killer public bar, dining room and rooftop in Fitzroy with the best pub meals in Melbourne. 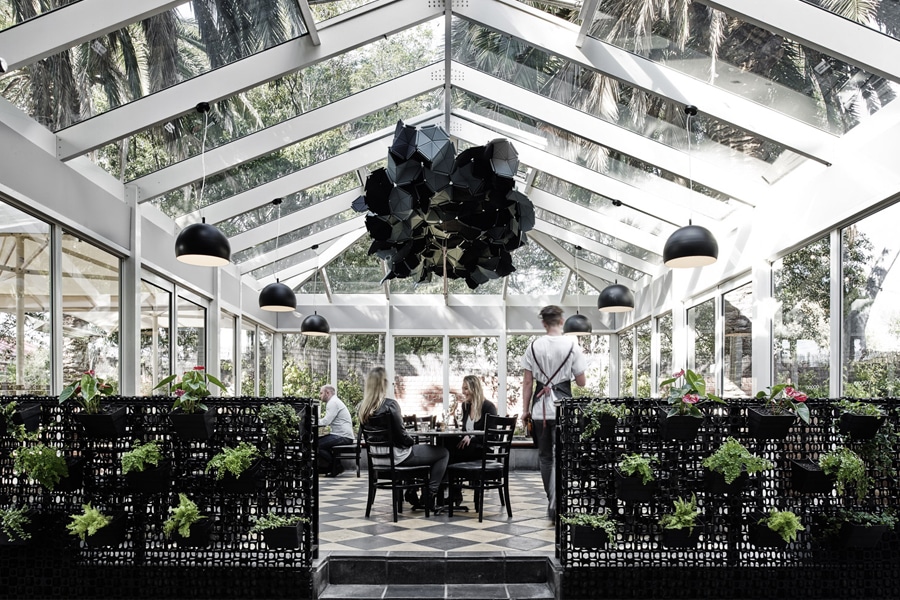 Visit the Flying Duck Hotel on a Tuesday night, for the best pub steak in Melbourne. Visit it any other time for the homely bar, delicious menu, and atmospheric lounge and beer garden. 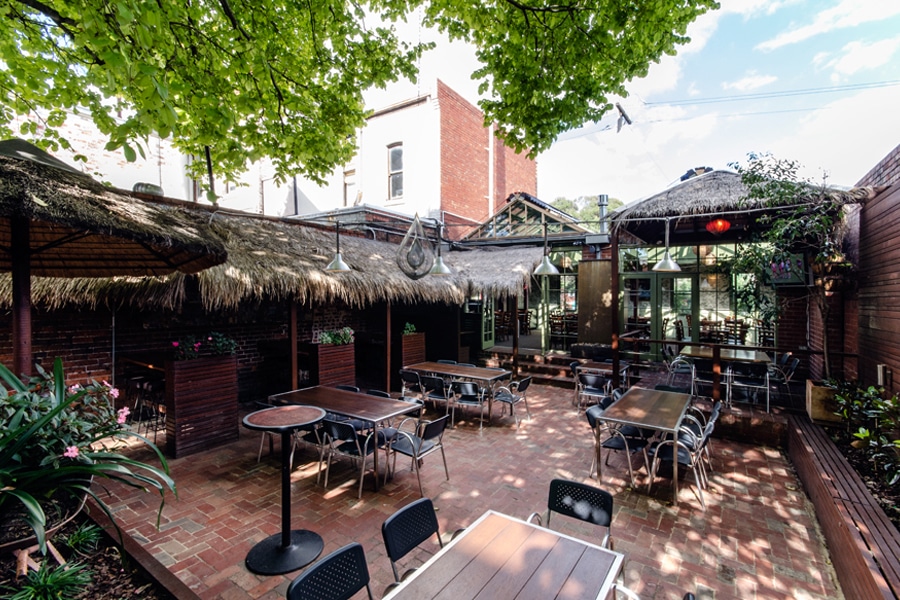 For one of the liveliest and best pubs in Melbourne CBD, you can’t look past the Railway Hotel in South Melbourne. The Monday trivia, $14 parma Tuesday, Wednesday steak, Thursday pie night, Friday happy hours and Sunday roast are a great incentive to visit the bustling pub – and Saturdays are obviously great too. 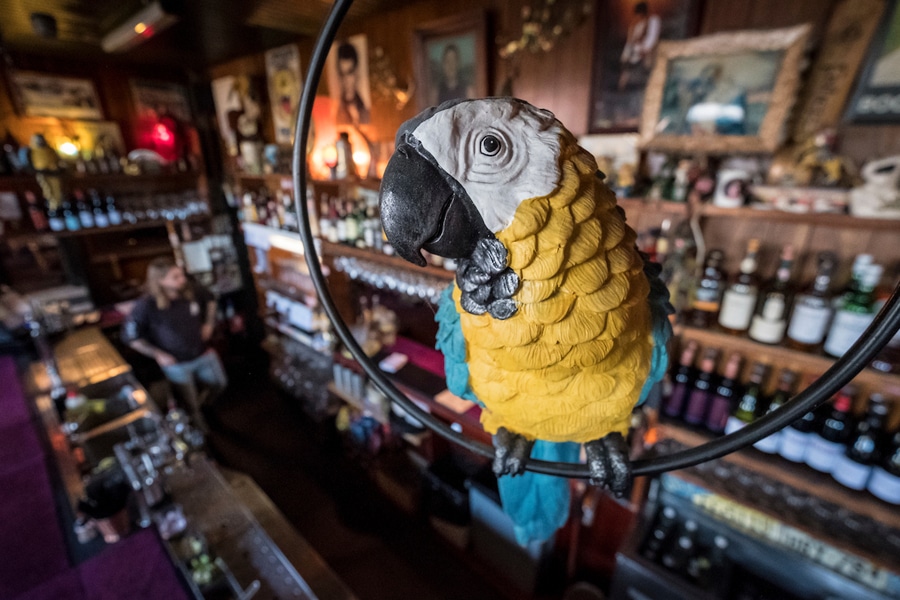 The Standard serves their beer cold, their pub food hot and their live music loud. They also promise quality conversation, drunken poetry, and a chameleon-like courtyard that stays cosy in the Winter, festive in the Summer and offers the best pub food in Melbourne all year round. 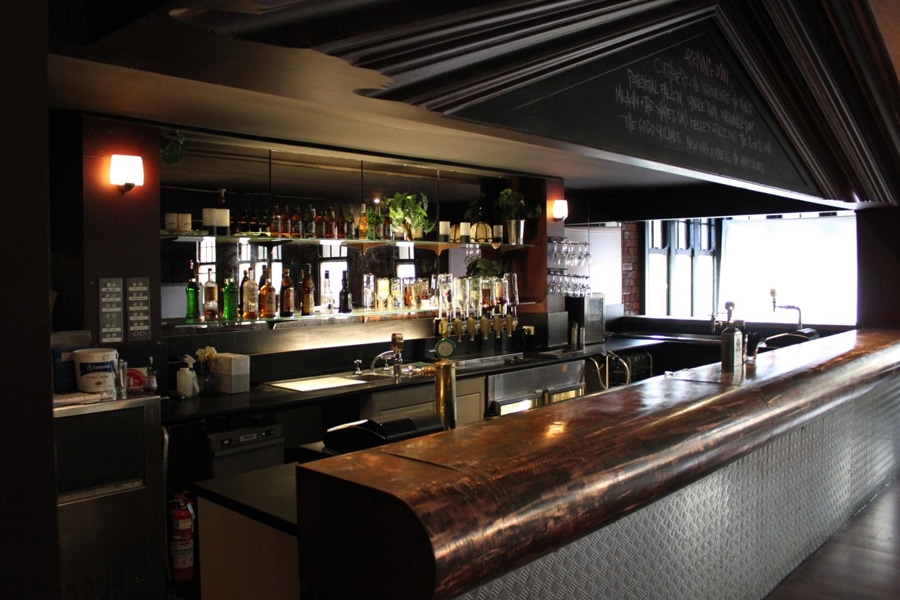 The title of best pub in Melbourne for live music convincingly goes to The John Curtin Hotel in Carlton. Pair your top local gigs with some 24hr brined fried chicken and burgers and all your favourite libations.

Brunswick’s home of live music, Retreat Hotel, hosts an incredible offering of music to dance, revel and sing along to. They also have a great cocktail bar, and extensive menu with the best pub lunch in Melbourne. 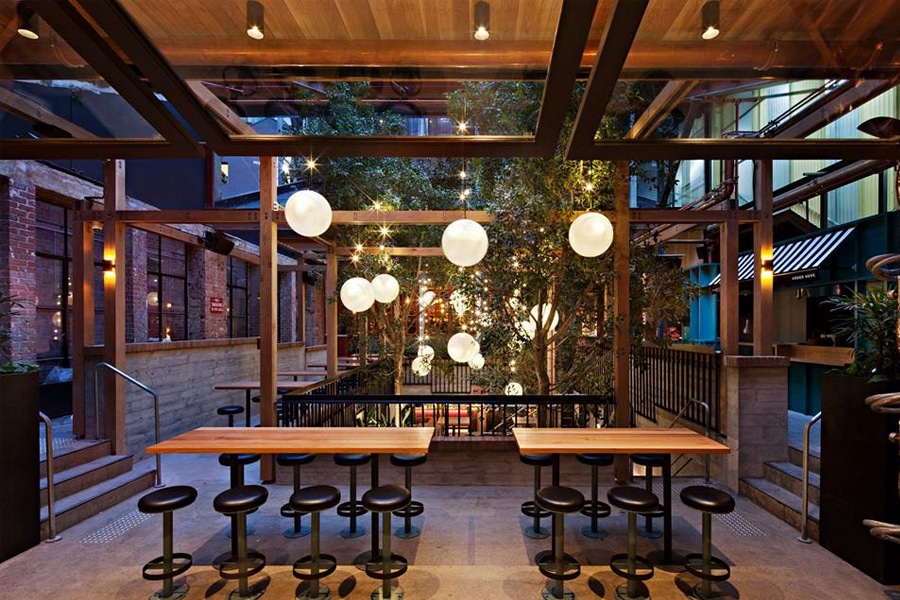 Looking for the best pub food in Melbourne? Look no further. The Garden State Hotel offers the freshest seasonal Australian produce from their garden grill and takeaway toastie station. They also have a divine selection of craft brews, carefully curated cocktails and a variety of vibrant rooms that cater to any occasion. 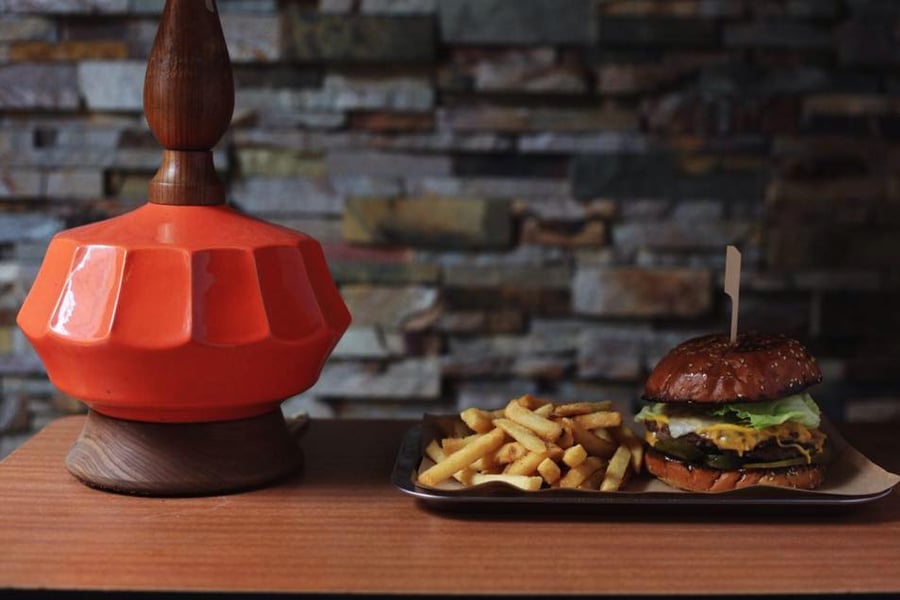 The beer isn’t the only thing that’s crafty at The Royston, one of the best pubs in Melbourne CBD. Part pub, part underground bar, part restaurant, this establishment has everything you desire in a Melbourne night out. 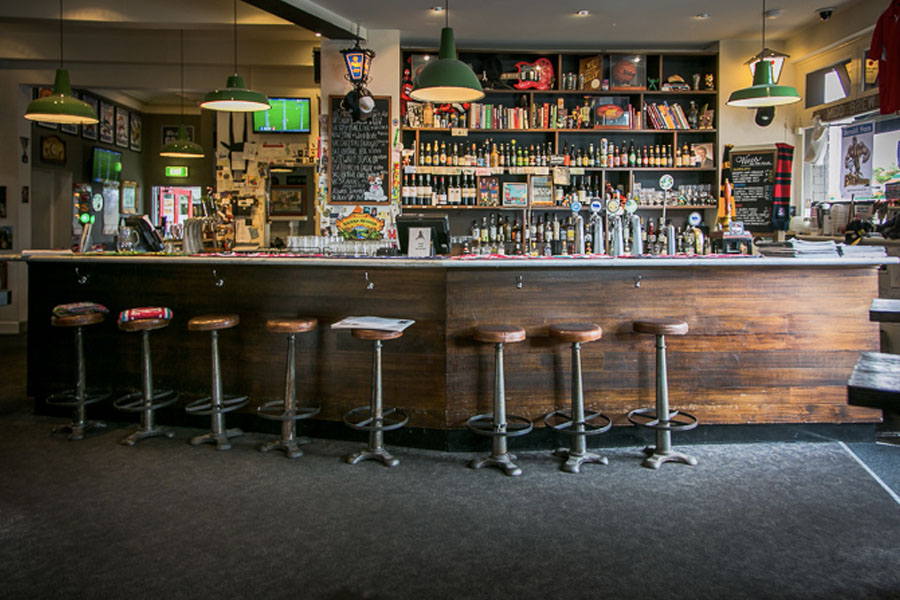 The Palace Hotel is all about offering local beers for locals. So if you’re around South Melbourne be sure to head in for daily specials of the best pub meals in Melbourne, a huge range of craft beers and a wide selection of sports. 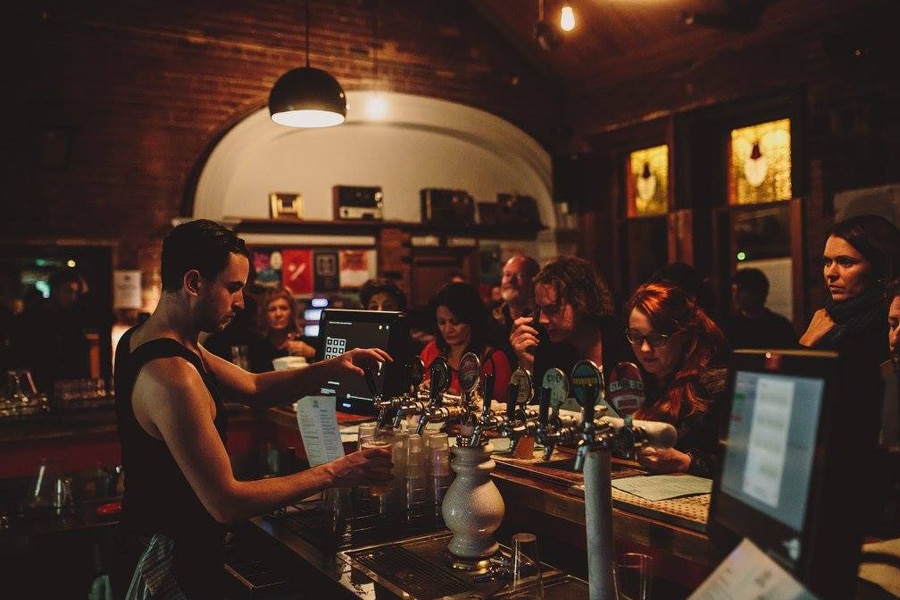 The Gasometer Hotel band room features not only regular rumbustious local bands, but also a retractable roof, mezzanine seating, separate bar and a Nexo sound system throughout. And that doesn’t even cover the Gaso’s front bar and menu that qualifies as Melbourne’s best pub food. 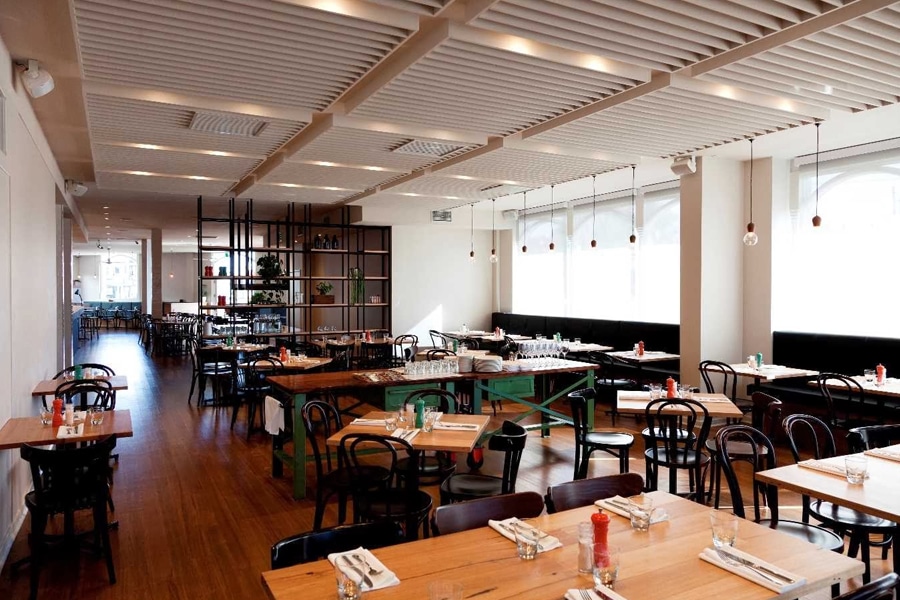 Winter roasts are available at the Plough Hotel for weekend lunches until they’re sold out…so get in quick if you want to try the best pub lunch in Melbourne. While you’re there enjoy the best and most original wines and beers from around the world and why not treat yourself to their boutique accommodation?

A rare breed, Green Man’s Arms is a charming pub offering the best pub food in Melbourne for vegans and vegetarians. Get the classic Melbourne pub feel with platefuls of bold, hearty, meat-free flavours and local craft brews and drops.

One of the best pubs in Melbourne since 1854, The Lincoln has transcended generations and was last year voted ‘Pub of the Year’ by Time Out Melbourne. Their art deco bar has 12 rotating taps, a curated wine list and a seasonal menu with sustainably-sourced food made in house.

If you like beer, food or spirits, The Sherlock Holmes Inn has you covered. Chuck in some jovial staff and over 30 years of rich history and you’ve got one of the best pubs in Melbourne CBD that can’t be missed.

Proudly the only working microbrewery and one of the best pubs in Melbourne CBD, this James Squire Brewhouse – The Crafty Squire – is a classic favourite for the full James Squire range, mouth-watering meals, wide offering of live sport and function spaces.

We all know the Irish know how to drink. And hand in hand is their ability to establish homely, high-spirited pubs that guarantee a great evening out. As such, The Irish Times Pub promises to be one of the best pubs in Melbourne CBD.

Combine a classic sports pub with a crafty cocktail bar and Mt View Hotel is the result. Plus add a rooftop with unparalleled 360 degree skyline views. It’s an award-winning Richmond icon and one of the best pubs in Melbourne for a reason.

With old school charm and a contemporary menu, The Fox Hotel provides the best of both worlds. The 100 varieties of beer and best pub meals in Melbourne like Moreton Bay bug pie is why you’ll come, but the fun and friendly atmosphere is the reason you’ll stay.

The Catfish is a renowned live music venue but at its heart it remains just a great local watering hole with top booze. If that doesn’t sell you, the best pub steak in Melbourne, Sparrows Philly Cheesesteaks certainly will.