Round out your ketogenic diet with the best keto drinks, which offer zero carbs or close to it. While water is the safest bet (and our favourite beverage), it’s also quite mundane. Plus, who doesn’t want the occasional boost of caffeine or alcohol now and then? Thankfully, you can find keto drinks that cover both of these popular categories. Consume in moderation and your metabolic state of ketosis doesn’t have to come at the expense of variety, aka the spice of life itself.

Some of you might be wondering: what is the keto diet again? Is that the one where I eat like a caveman? No wait, it’s the one where I fast for 16 hours at a time, right? Slow down there, champ, because all your potential questions will be answered and quickly. Then we’ll move onto the best keto drinks. Here we go.

You’ll also like:
A Rookie’s Intermittent Fasting Guide
Everything You Need to Know About the Mediterranean Diet
A Beginners Guide to the Ketogenic Diet 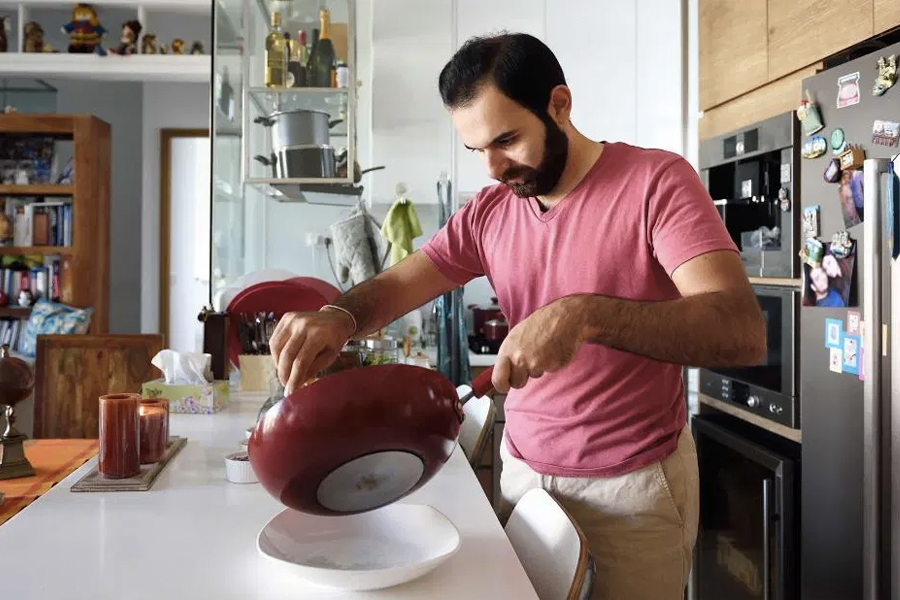 More popular than ever before, the keto diet typically boils down to “low carbs, high fat.” Literally turning the traditional food pyramid on its head, a ketogenic diet recommends smaller portions of things like bread and bigger portions of fatty foods like eggs, lean meats, and cheese. Crazy as it may sound (especially if you’re worried about cholesterol), the diet has spawned an entire industry of health professionals and meal plans.

At the root of the keto diet is a simple concept: your body turns carbs into sugar and has a harder time burning through that sugar. By eating fewer carbs and more fat, you’re decreasing blood sugar and insulin levels. In the process, your metabolism is becoming more efficient, as it’s easier for the body to burn through fat than sugar. Not only that, but your body reportedly converts the fat into fatty acids and ketones, both of which deliver health benefits.

The ultimate goal of the keto diet is to enter a metabolic state of ketosis. In this particular state, the body is reported to burn through calories with maximum efficiency. This, in turn, helps accelerate weight loss and may even improve cognitive function. You can read more about the keto diet by clicking here. 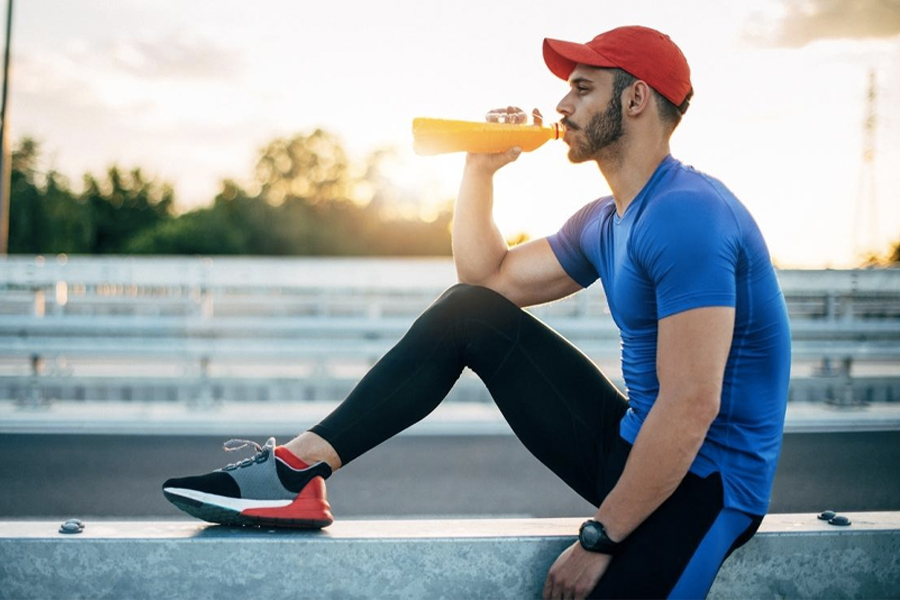 How to Ensure You Stay in Ketosis

Once you’ve entered a state of ketosis, you’ll naturally want to stay there. That means practising a proper keto diet and consuming keto-friendly drinks as well. Here’s a quick rundown of some ways you can maintain ketosis:

You’re talking the talk and walking the walk, but are you drinking the drink? Here is a list of 11 best keto drinks for all the masters of metabolism out there. 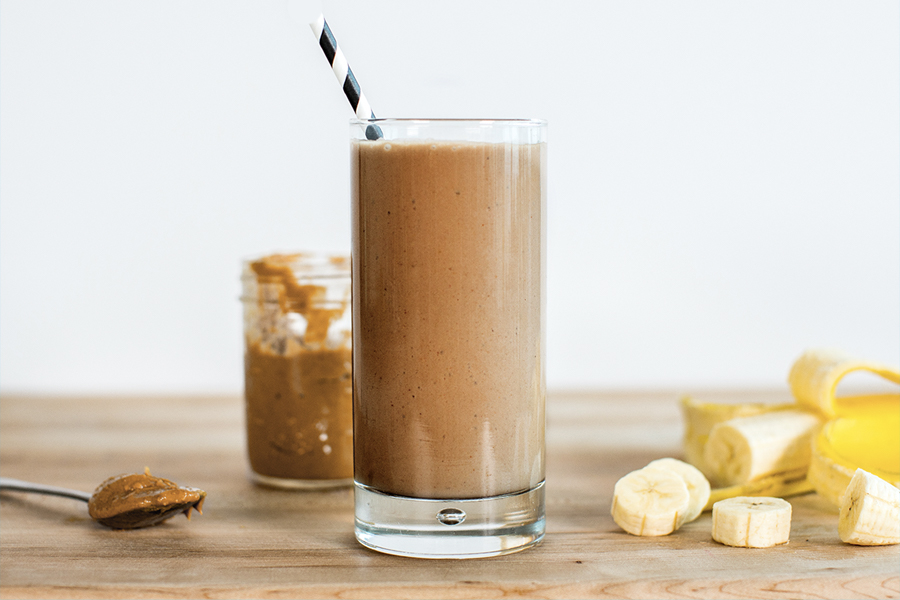 Healthy fat might be the most consistent and foundational component of the keto diet, but you should also take in plenty of protein. This rings especially true if you work out on a regular basis, whereas protein reportedly helps with things like muscle recovery and the growth of lean tissue mass. Enter whey protein powders, which take a few different forms such as concentrate and isolate.

If you’re on the keto diet, your best bet is to consume whey protein isolate. This particular type delivers the highest percentage of pure protein and the lowest amount of carbs per serving (when compared to other types of whey protein). Beefcake!

Calories per scoop: 121 (on average)
Carbs per serving: 3-4 grams per scoop 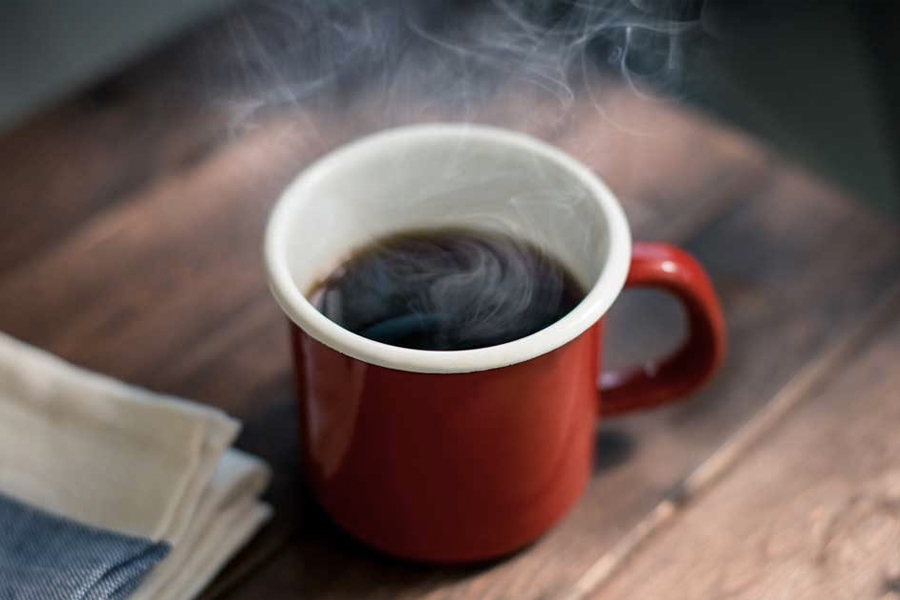 There’s nothing quite like the thrill of finding out that your diet plan makes room for a cup of hot java. The keto diet is no exception. If you don’t take your coffee black, use artificial sweetener and a little heavy cream instead of non-keto-friendly sugar and cow’s milk. Chock full of antioxidants, green tea reportedly brings forth a slew of health benefits. It also contains negligible amounts of calories or carbs. Plus, it has less caffeine than coffee, meaning you won’t get a bad case of the morning shakes. Again, if you’re trying to stay in ketosis, avoid adding sugar, honey, or cow’s milk. Why not cow’s milk? Because it contains too much sugar in the form of lactose. 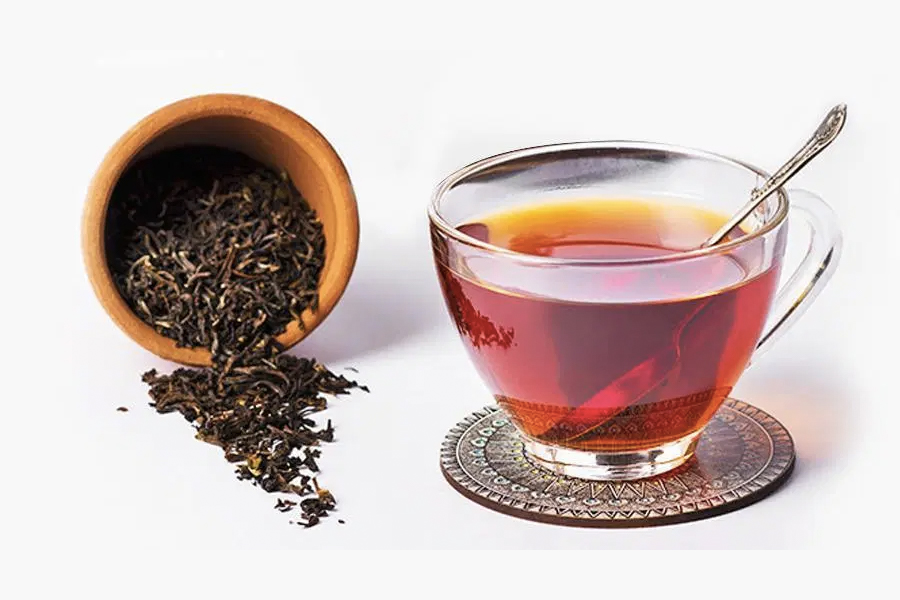 You know the drill by now. Like coffee and green tea, unsweetened black tea is keto-friendly as long as you don’t add sugar, honey, or cow’s milk. Half-and-half or heavy cream are still okay in small doses. Enjoy. 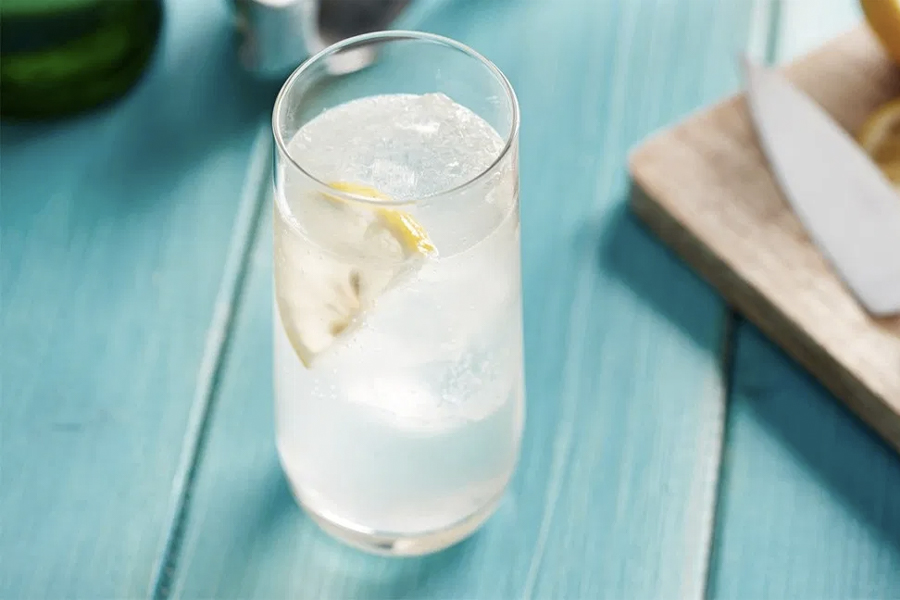 There’s probably nothing we can tell you about sparkling water than you don’t already know. In summary, it’s like water, only carbonated. Naturally, it’s keto-friendly. Consisting primarily of water, most diet sodas qualify as keto drinks because they contain no carbs (and thus, no sugar). Instead, you get chemically-enhanced artificial sweeteners and their adjoining flavours. While potentially unhealthy, those sweeteners probably won’t mess with your state of ketosis. 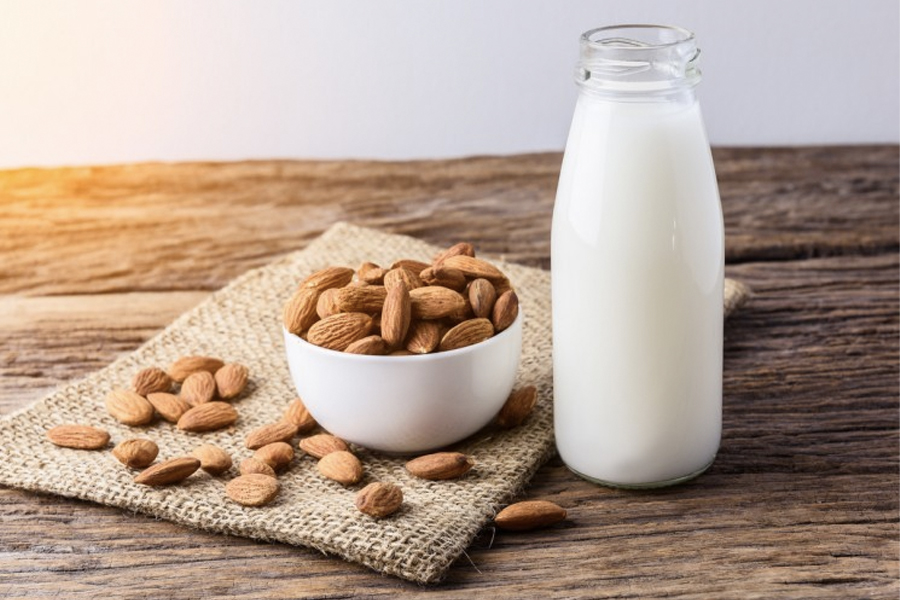 Regular cow’s milk is off the table, but that doesn’t mean you can’t find an alternative. Keto-friendly choices include the following unsweetened types of milk:

Remember, the keyword is “unsweetened.” Otherwise, you’re consuming too much sugar. Also, dairy options like half-and-half or heavy cream are both low in carbs and keto-friendly in small amounts. 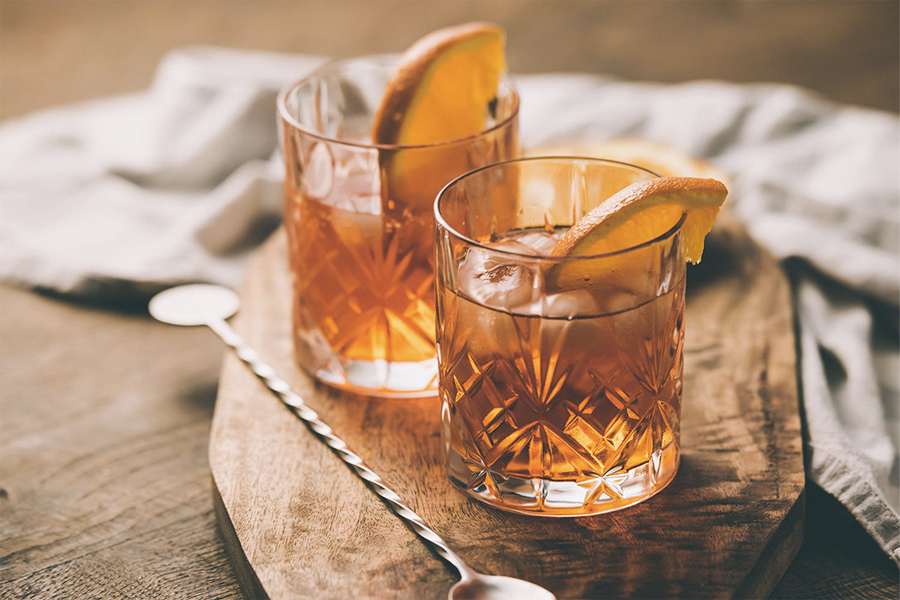 Somebody up there likes you, keto practitioners. That’s because whiskey, brandy, cognac, rum, vodka, gin, and tequila all contain zero carbs. The calories in these drinks comes from the alcohol itself, which should be consumed in moderation. If a cocktail is what you crave, use keto-friendly mixers like diet soda or sparkling water.

While on the subject of booze, most wines and light beers contain about 3-4 grams of carbs per serving, on average. You should probably avoid those if you’re adhering to a strict keto diet. You should likewise avoid regular beer, flavoured spirits, and traditional mixers. 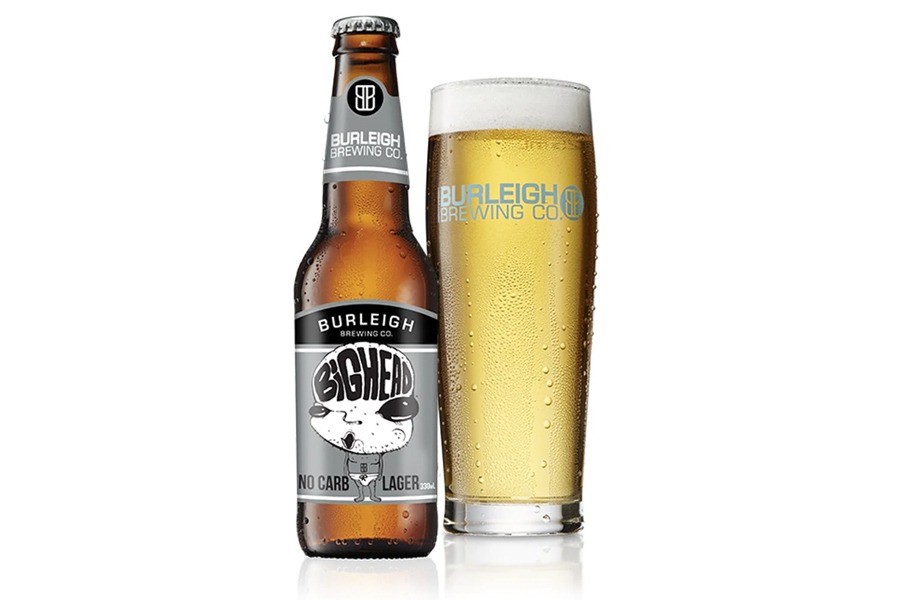 Regular beer is out, but no-carb beer is in. While somewhat hard to come by, these specialty beers do exist. Here in Australia, Burleigh Brewing Bighead became the first zero-carb beer to hit the market. There are also a number of 11 Best Low-Carb Beers. Just remember that most keto diets ask you to consume no more than 15-30 grams of carbs per day. 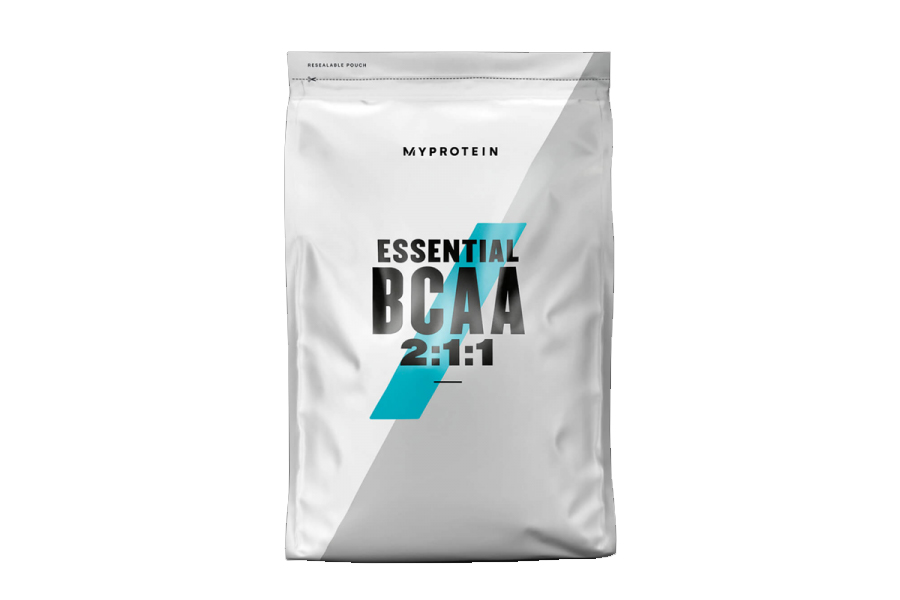 Bodybuilders have for years enjoyed the benefits of branched-chain amino acids (BCAA), and you should too. The powdered drink contains three essential amino acids: leucine, isoleucine and valine, which have been shown to build muscle, decrease muscle fatigue and alleviate muscle soreness. So, while your body enjoys the increased health benefits, you can sip on some delicious flavours like Icy Lemonade and Berry Blast. 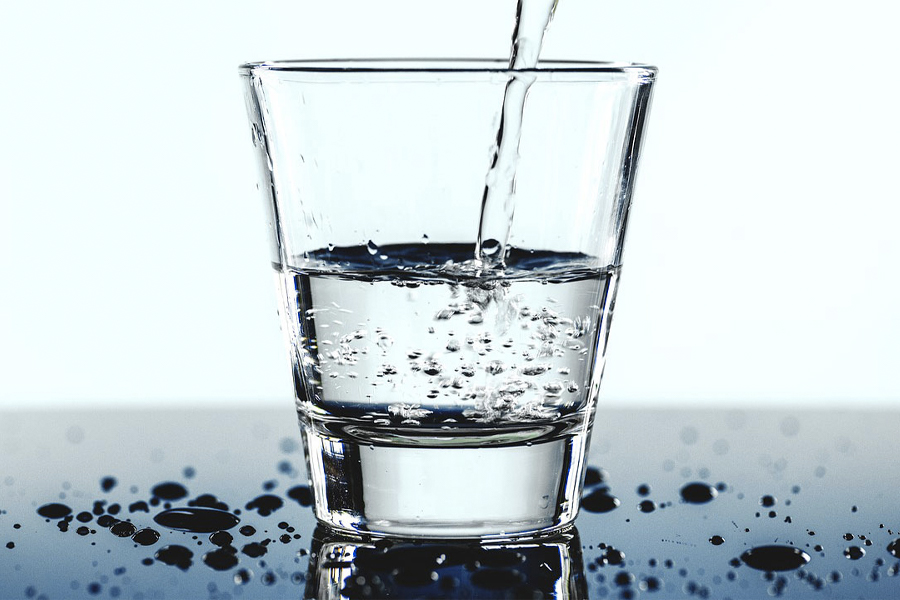 When all else fails, stick with water. It’s hydrating, refreshing, non-sticky, and stain-free. Oh, and it also happens to be one of life’s most enduring essentials. By the way, we’re aware that this article is called the best keto drinks for when you’re sick of water. We’re including it anyway and getting thirstier by the minute.

What is the best milk to drink on Keto?

If you're practicing a keto diet, regular cow's milk is off the table. Instead, you can use unsweetened versions of the following alternative milks: almond, soy, flax, macadamia, pea, and cashew. Small amounts of half-and-half or heavy cream are also acceptable.

Can You Drink Soda on the Keto Diet?

Traditional soda is full of sugar and more or less prohibited on the keto diet. You can drink diet soda instead, which tends to contain zero carbs or calories.

Can You Drink Alcohol on the Keto Diet?